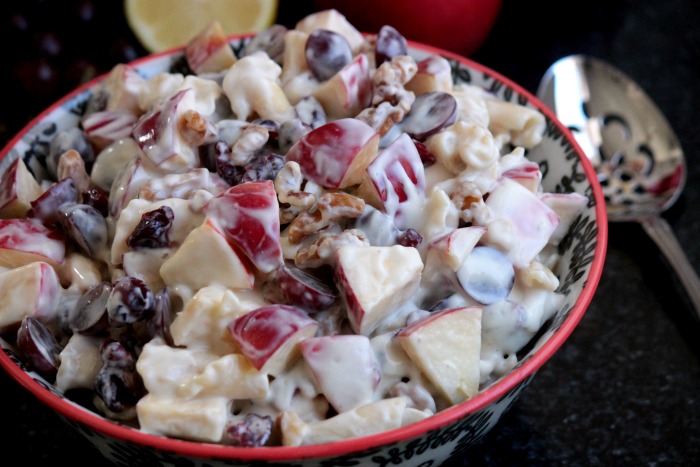 Well, I actually stepped out of my normal “apple eating ways” for this apple and honey pasta salad! I’m actually shocked at myself but super glad that I decided to give it a try. I mean it is kinda of close to my preferred method of eating apples just as they are. 😉 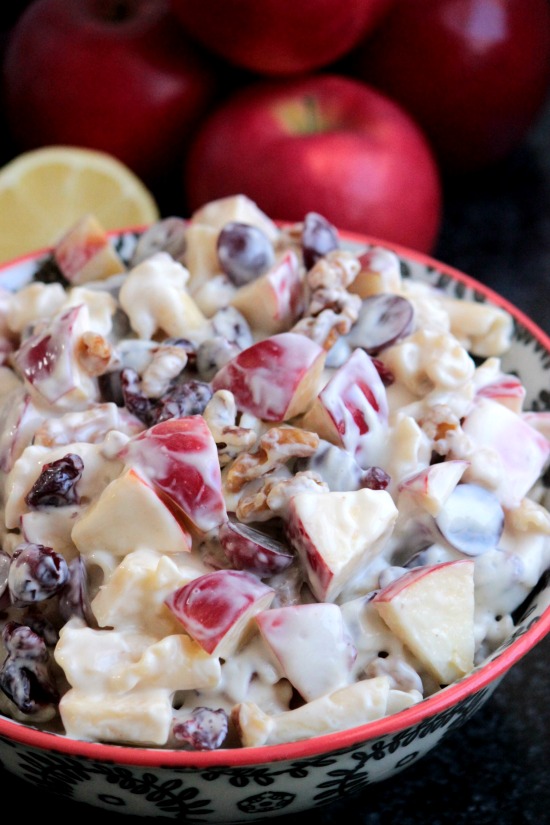 I’m snowed in at the house today and while yesterday was my first official “stay at home and blog work day” it seems like mother nature wanted me to have just one more full blogging day and decided to dump a few inches of snow onto our little town.

Only a few inches decided to stick to the ground but around here just a snowflake in the air will have people rushing to the store for milk and bread. With snow actually covering the ground I’m surprised to hear cars actually going down the road outside of my window.

By now I could probably pull my car out of the snow, jump in the shower, get dressed and drive on into work but considering the office is probably locked and everyone else is at home I guess I’ll just enjoy this extra day at home. 🙂 Plus, I don’t really want to take my new car out into all of that. I mean I would probably be ok, it’s the other crazy people that worry me. 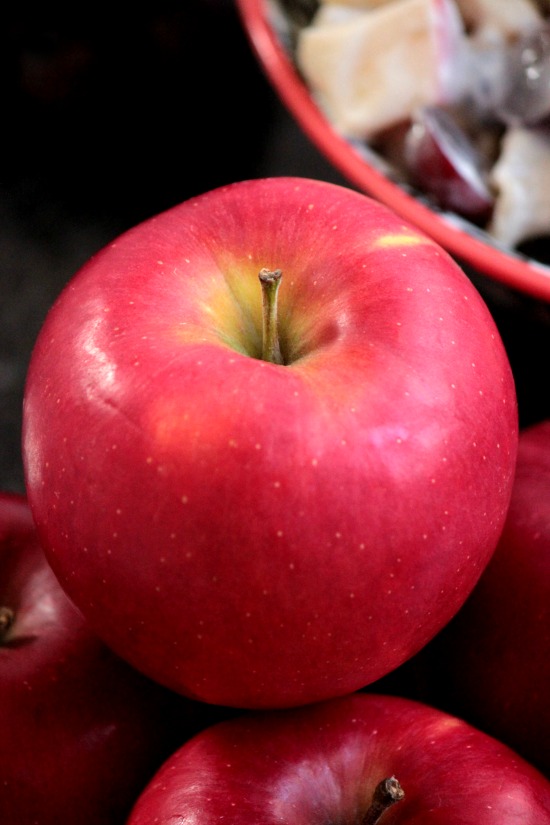 There have been a few lovely apple recipes popping up on the blog lately and that’s because I’ve been working with New York Apple Growers in order to create some new and tasty recipes with the RubyFrost Apple! I love working with these apples and I bet you’re going to really like this salad that I made with them! 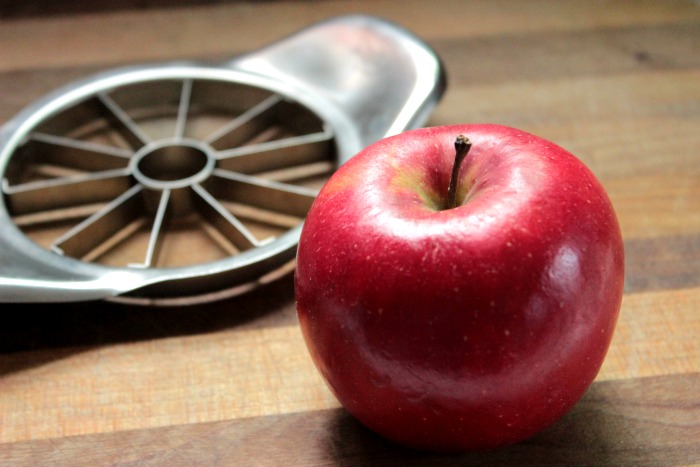 So first we’re going to need some apples. So go ahead and core and chop those. Try not to munch on all of the apple slices before you get them into the salad though!  😉 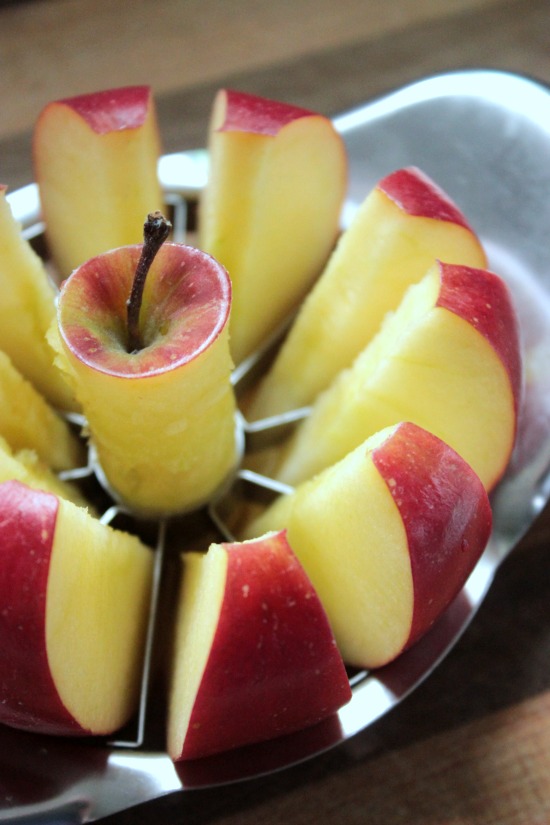 Fill a large pot with water and bring to a boil. Add pasta and cook until tender. (About 12 minutes)

Oh and about the pasta boiling…a year or so ago someone told me about the wooden spoon trick to keep the pasta water from boiling over and I’ve been doing it ever since! I know some people out there will be all like “No it doesn’t work”. — well people, for me IT DOES! 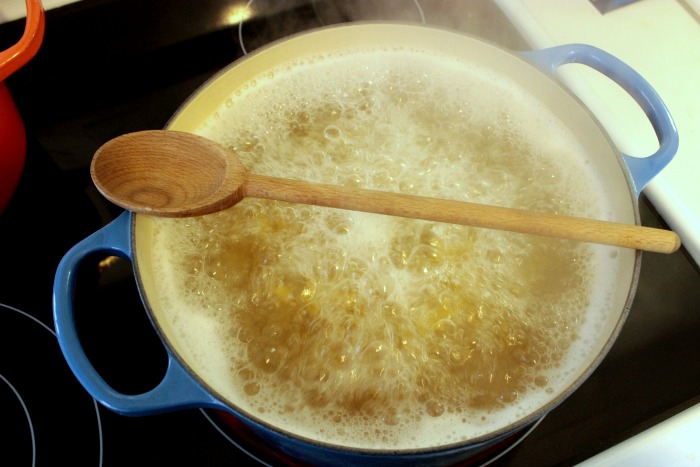 I use this little tip all the time and I will admit that sometimes if I’ve got the heat up a little too high it may not completely stop all of it but 99% of the time this little trick totally keeps the water from boiling over when I’m cooking pasta. 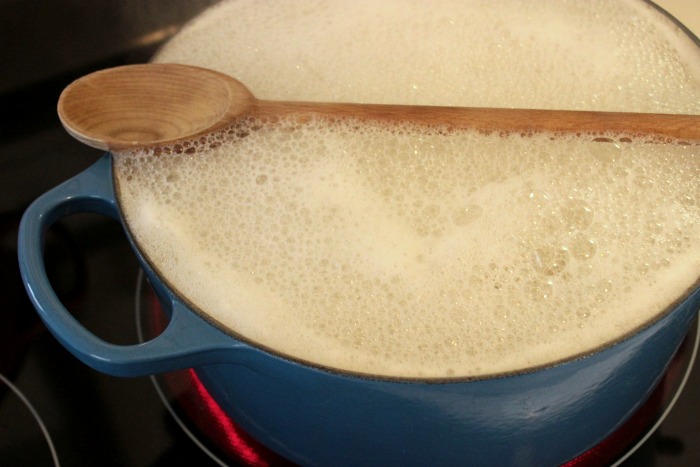 But back to the pasta salad. 🙂
Remove the pasta from heat and drain thepasta. Rinse with cold water and pour into a bowl. Set the bowl into the fridge until the pasta is cold. 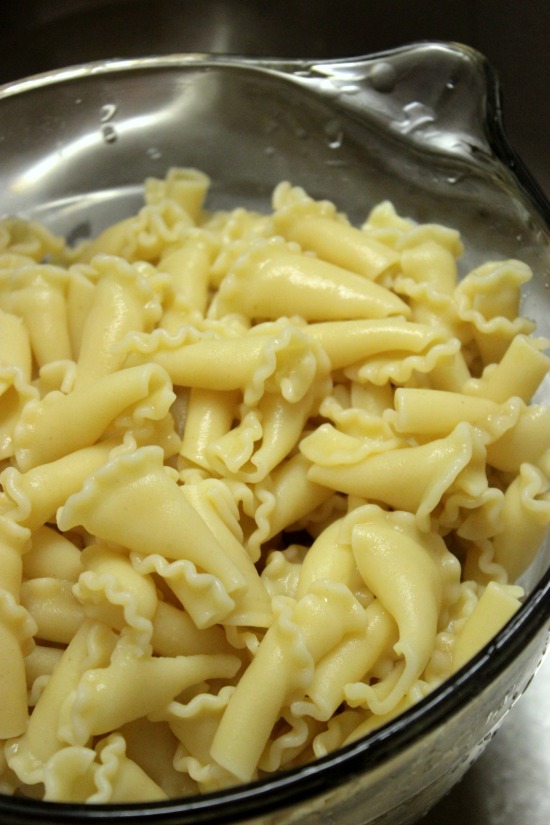 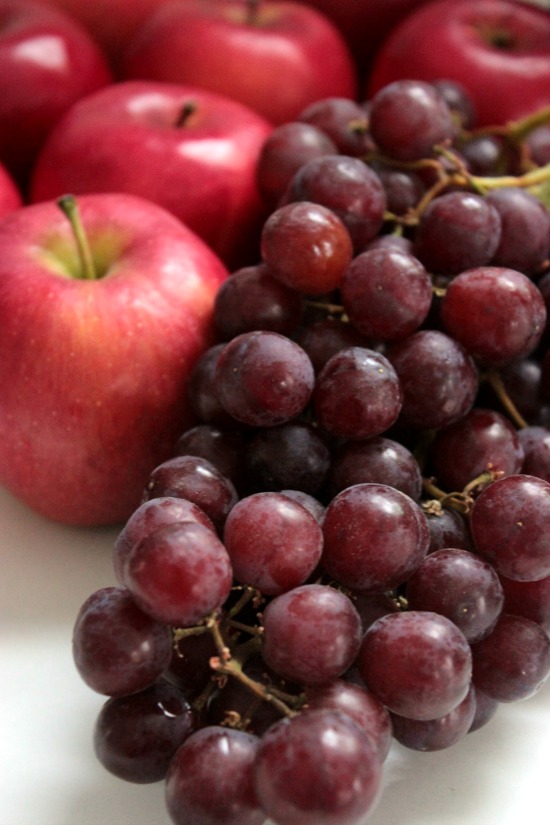 Sprinkle in the ground ginger and stir.
Add in the Greek Yogurt and Pasta. Stir until everything is coated.
Place into the fridge to chill until ready to serve. 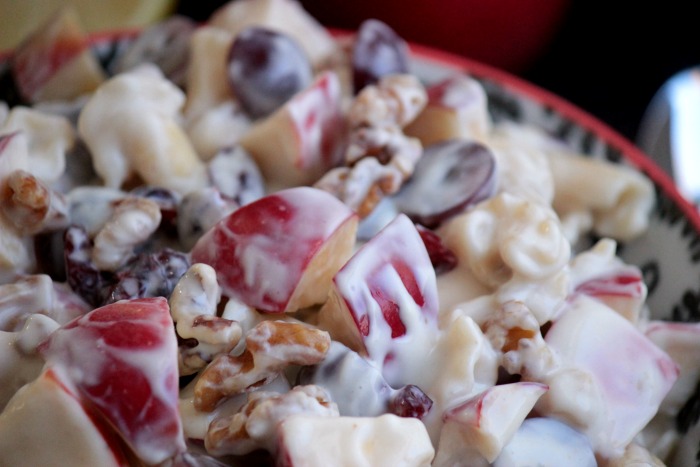 I assume that most people want cold pasta salad in the summer or spring but I’m loving it right now just as much as I would in the heat!

I’ve had this for breakfast for like 3 days in a row. 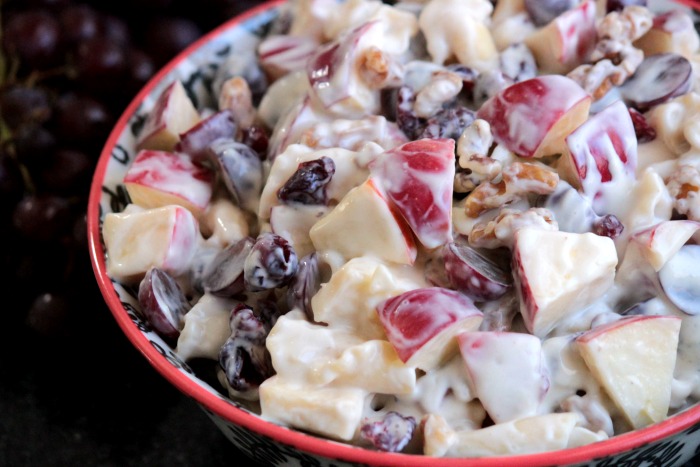 It’s light but filling!  I love the crisp bite from the apples and the sweet kick from the honey and Greek Yogurt! 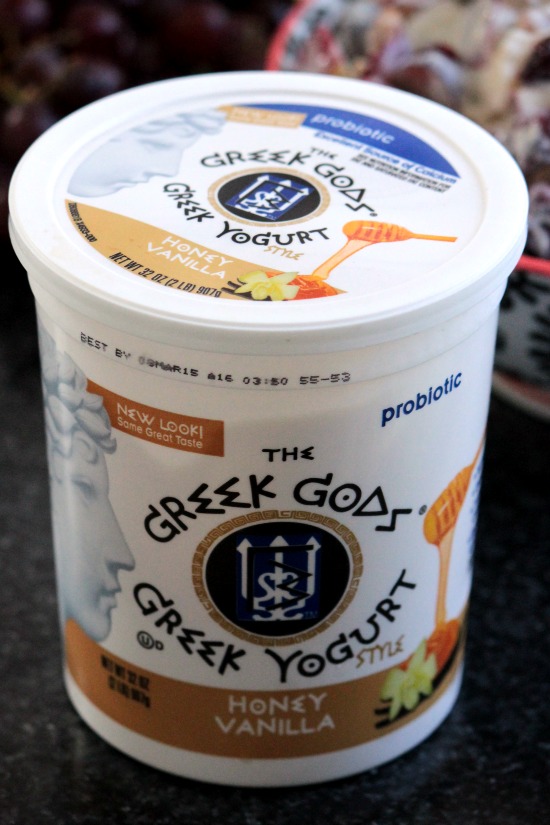 This is the Greek Yogurt that I used for this recipe. It’s sweet but not over powdering sugary sweet. It’s probably one of my favorite yogurts! BigBear could demolish this entire container in like 2 sittings. 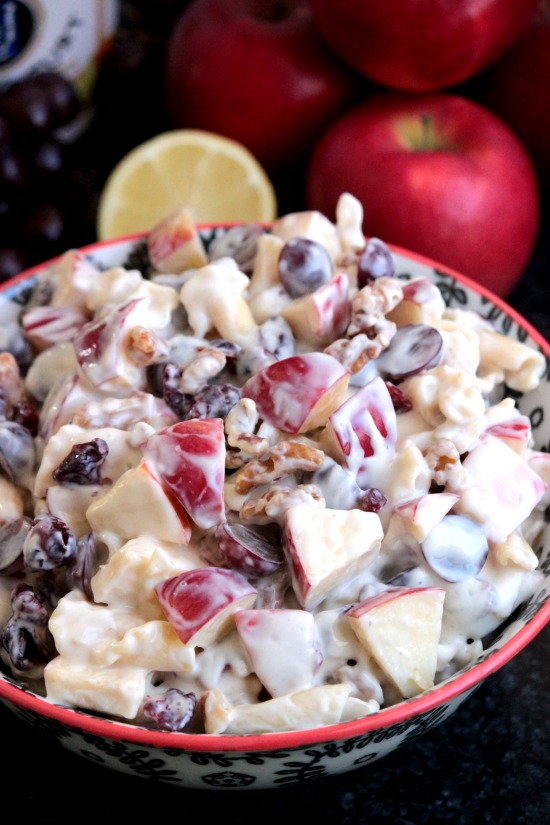 While I love this pasta salad it was even more satisfying to hear that BigBear liked it. Mainly because he doesn’t eat pasta salad due to the normal mayo based ones we have around here. He was more than trilled to be able to actually enjoy pasta salad for once!

Fill a large pot with water and bring to a boil. Add pasta and cook until tender. (About 12 minutes) – Remove from heat and drain pasta. Rinse with cold water and pour into a bowl. Set the bowl into the fridge until the pasta is cold.

Sprinkle in the ground ginger and stir.

Add in the Greek Yogurt and Pasta. Stir until everything is coated.

Place into the fridge to chill until ready to serve.

Don’t forget about the awesome giveaway sponsored by New York Apple Growers that’s going on right now! You can find it over on my Apple Pie Doughnuts recipe post!