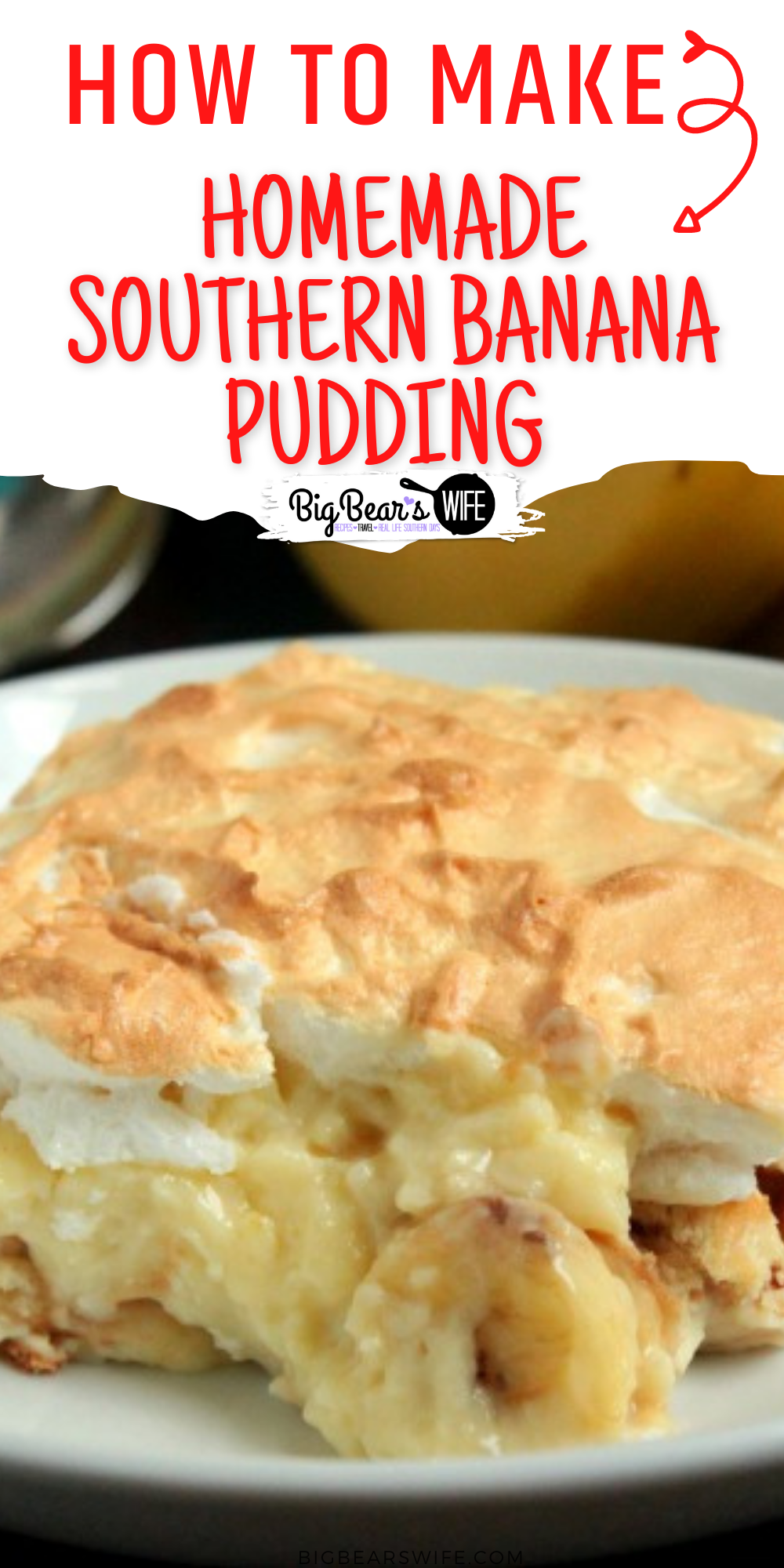 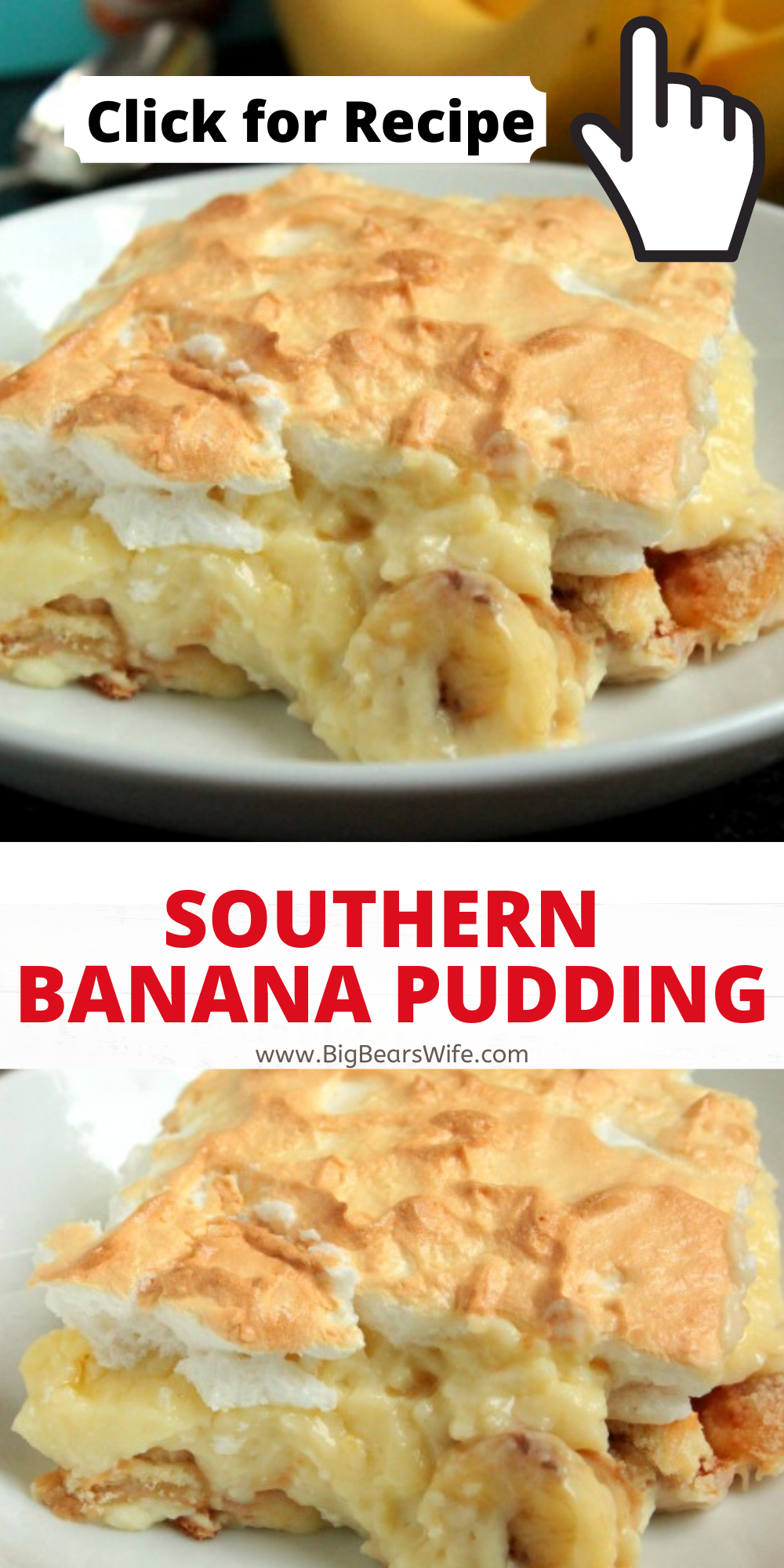 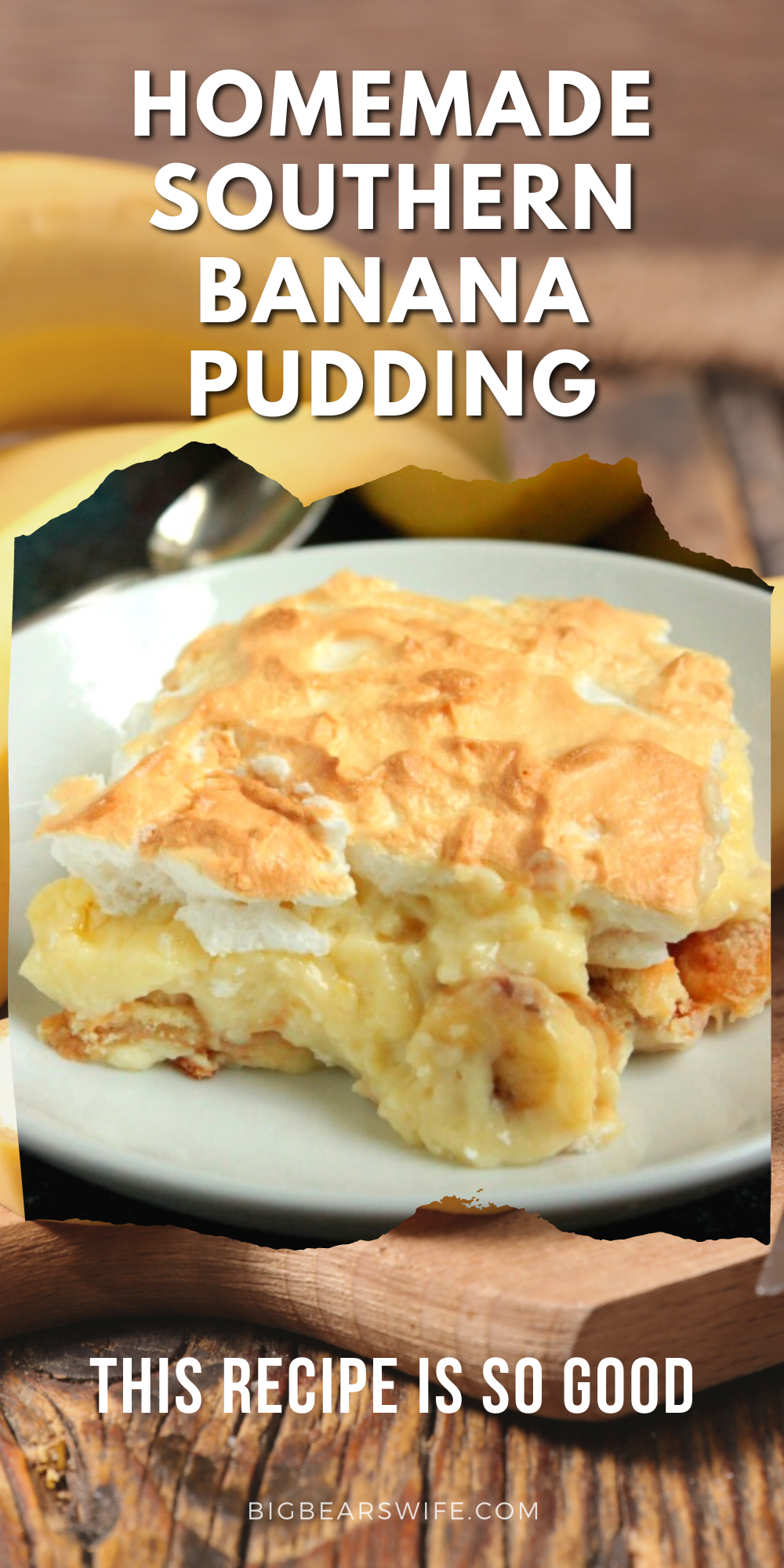 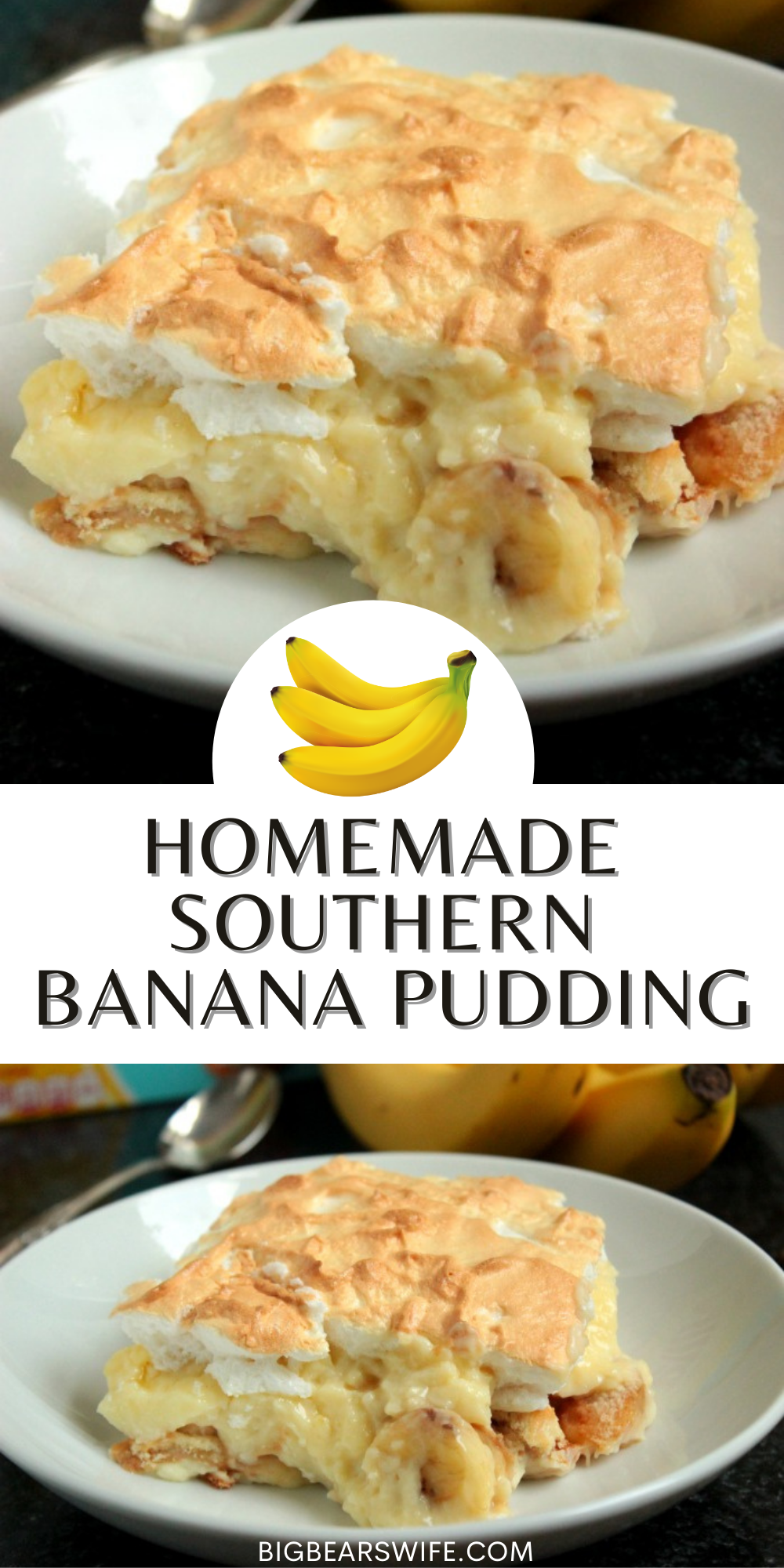 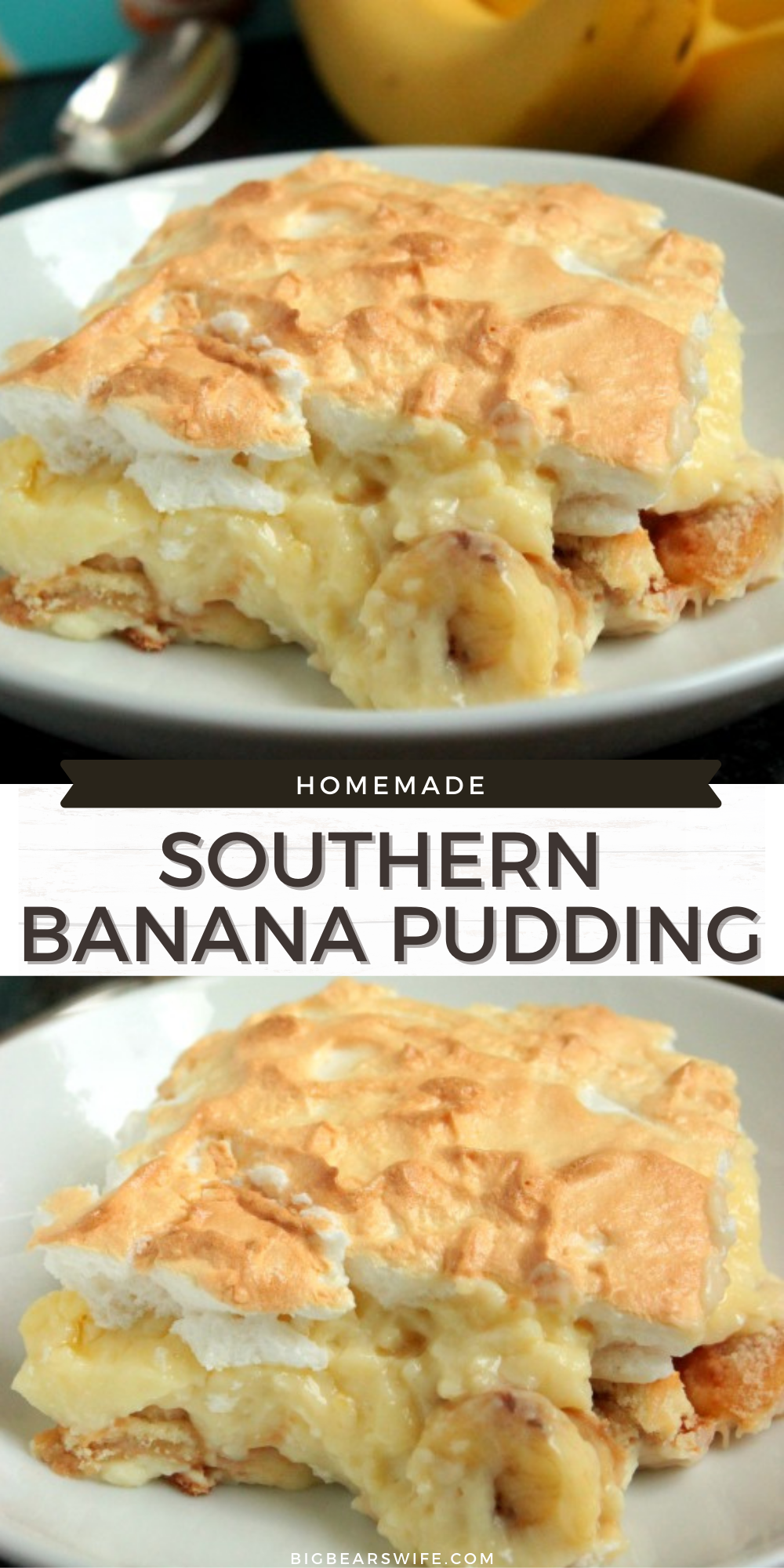 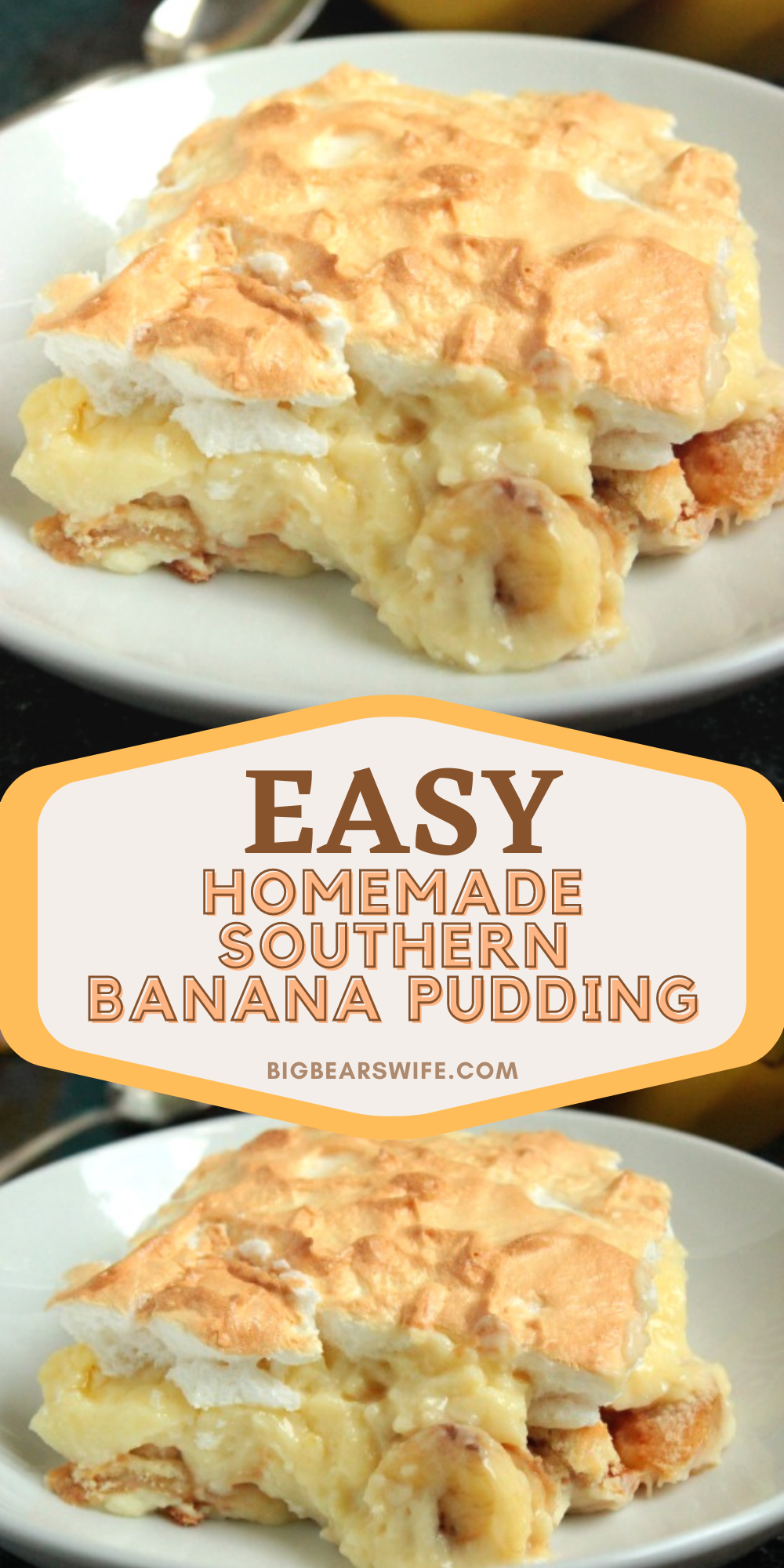 Serve is hot or cold, this Homemade Southern Banana Pudding is going to be loved by all! Roasting the banana gives it a richer banana flavor too!
Want recipes delivered right to your inbox? Sign up here! Sometimes I even send out free e-cookbooks too! 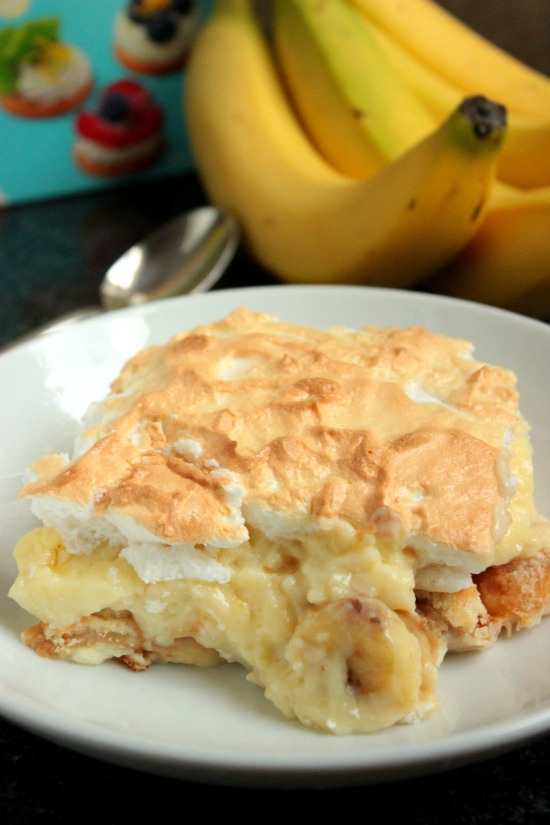 This recipe will please both types of banana pudding lovers! You can have it hot and fresh right from the oven or let it cool for a nice chilly dessert! (Please tell me you’re going with the second option so that we can still be friends) 🙂 haha 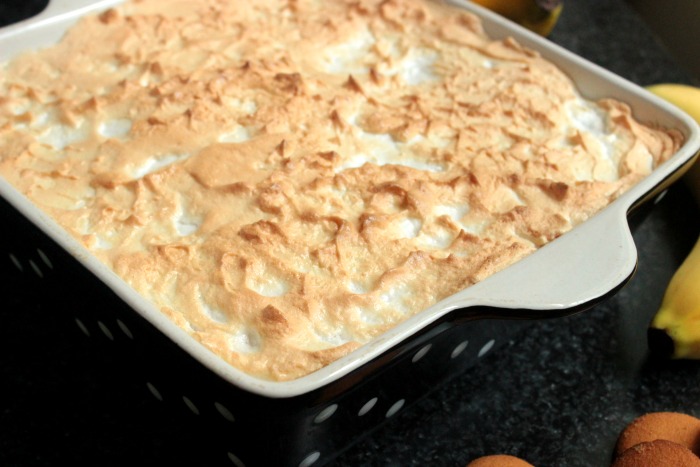 We went to a cookout yesterday and what was for dessert? Homemade Banana Pudding! 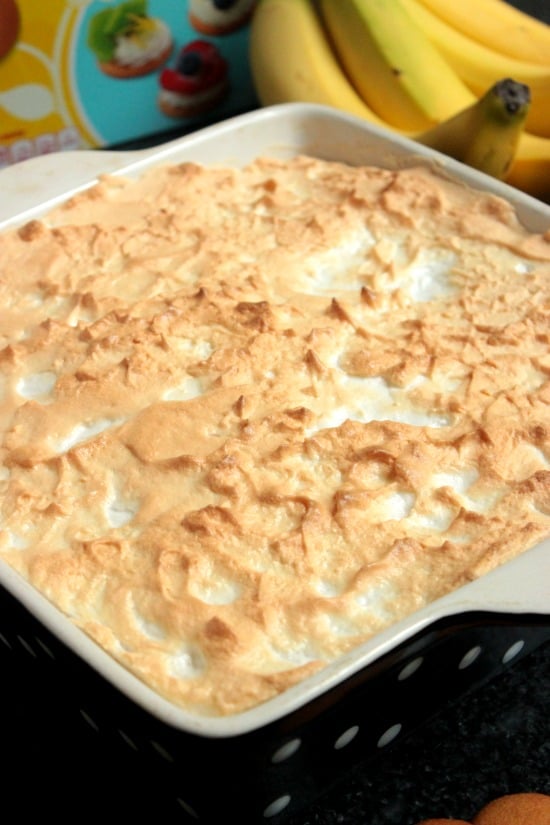 My brother’s girlfriend’s brother graduates from high school this year and his dad made a huge (amazing) homemade banana pudding for the BBQ! It was so good…it was also quickly devoured by almost everyone at the party. 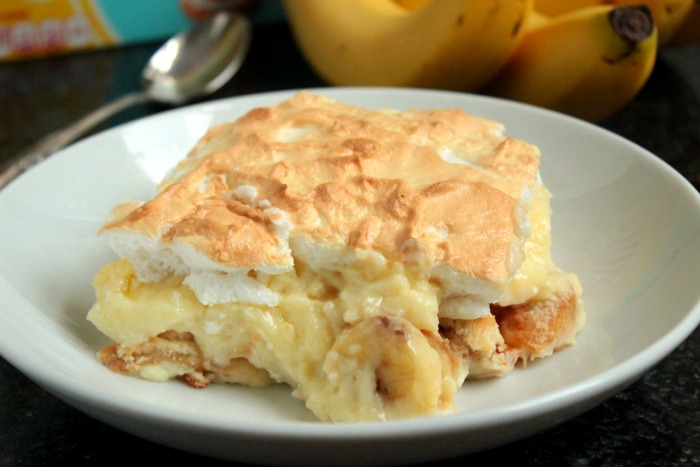 Of course I always talk food when I’m out and about, so William and I spent a little time talking about banana pudding today and comparing notes haha.

I may be 100% in love with this Homemade Southern Banana Pudding here that I’m sharing on the blog today but that doesn’t mean I don’t want tips and ideas from other people! If someone is willing to share a recipe with me I’m all ears! 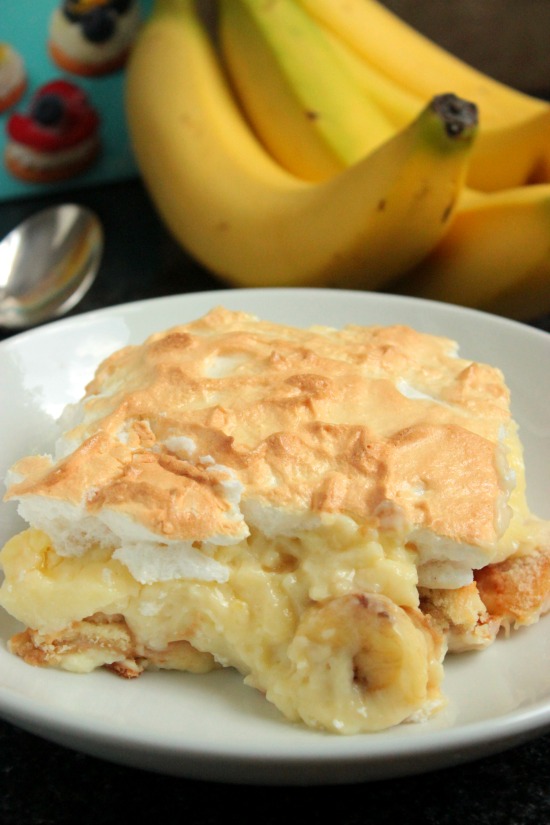 Down here, not only are there two types of people that love homemade banana pudding there are also two versions of banana pudding that you’ll find oat potlucks and on church luncheon tables!

You’ll find a baked one like this one and you’ll also find the “totally cold, semi-homemade” version!

The other version is the kind that my mom use to make when we were growing up! That type of banana pudding was made up of vanilla wafers, boxed banana pudding (or vanilla pudding), sliced bananas and cool whip!

Believe me when I say that both versions are absolutely delicious!

Since this week’s blog theme is all about “Southern Desserts”, I felt it was best to bring the true “Homemade Southern Banana Pudding” to you and perhaps sometime in the future I’ll put up a post about the other version!

I can totally see my grandmothers or great grandmothers pulling this Homemade Southern Banana Pudding out of the oven! It screams home to me!

Who’s ready to dig in?

How do you like your banana pudding? Hot or Cold? 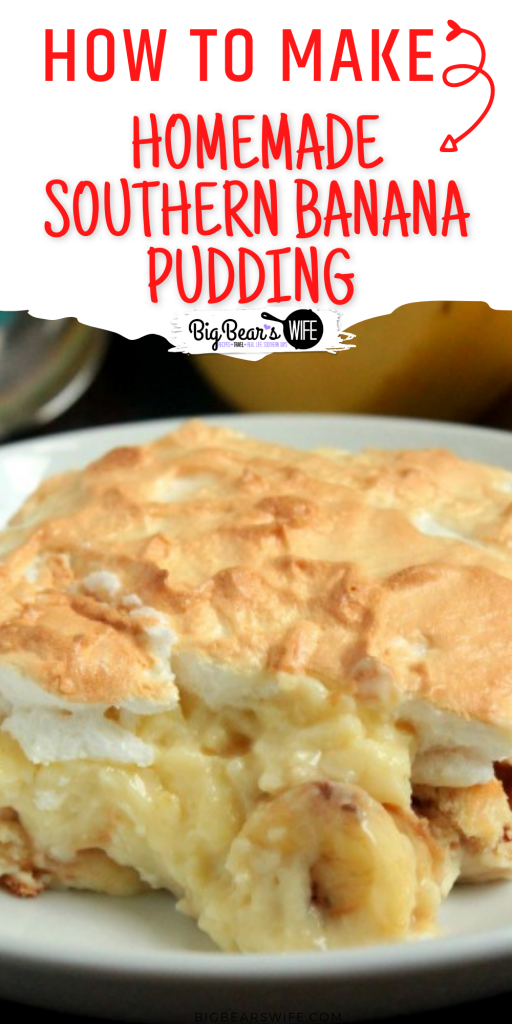