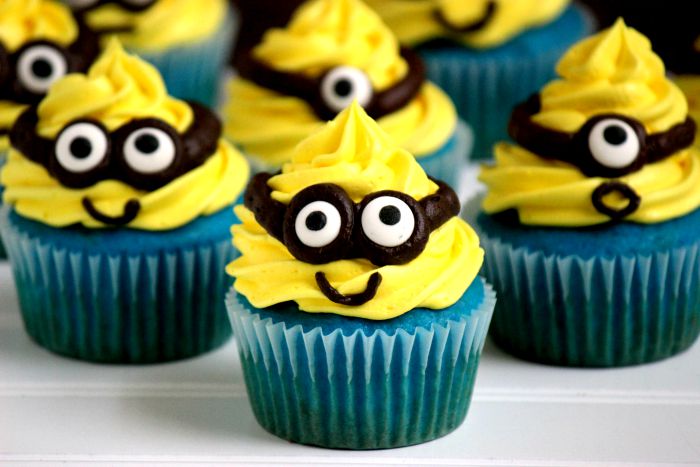 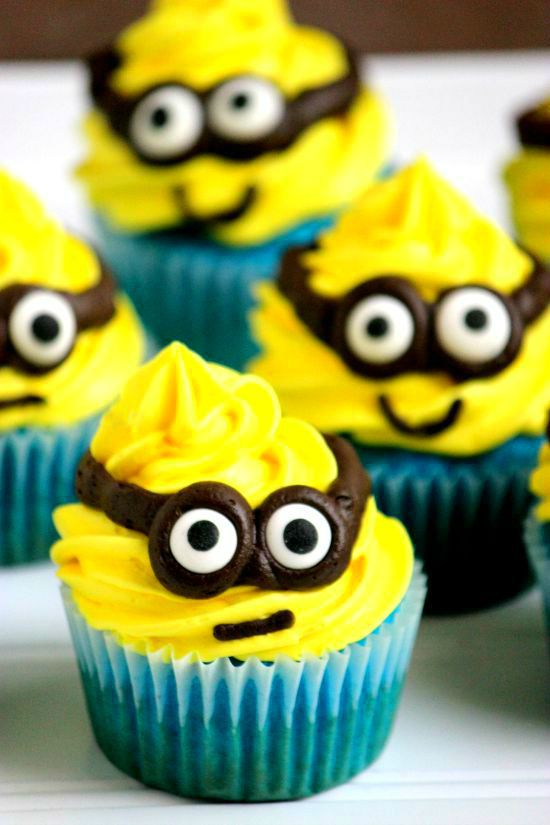 I’m sure that most of you know, but for those that don’t, the Minion Movie hit theaters back in July and I’ve seen Minion stuff everywhere since!

I haven’t seen the movie (YET) but I have seen Despicable Me and Despicable Me 2 and these cute little minion are in those movies too!

My niece, Savannah, loves the Minion and when I saw a Minion cookie decorating video on Facebook from Flour Box Bakery I shared it and knew that I wanted to make them. 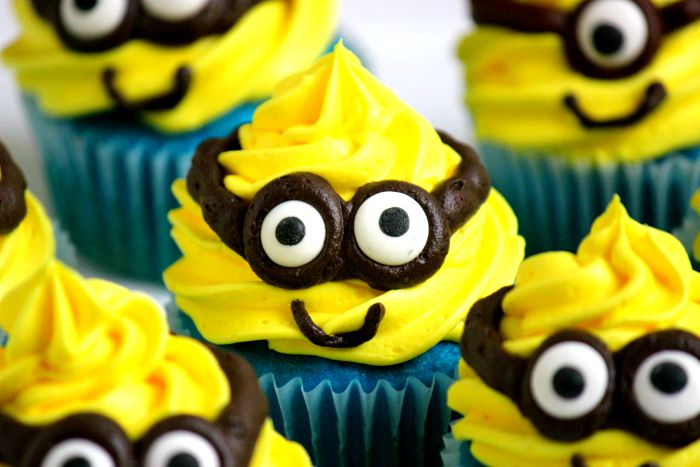 However, cooking decorating and I don’t get along most days so I just kinda of put it in my “maybe I’ll make these one day” folder.

Of course you can totally make everything from scratch but for these, I didn’t. I wanted the vibrant blue and yellow colors without the work.

Here’s what I used: 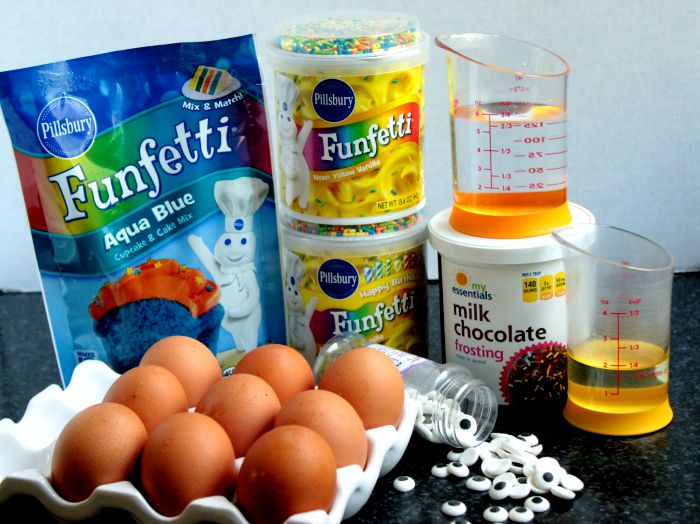 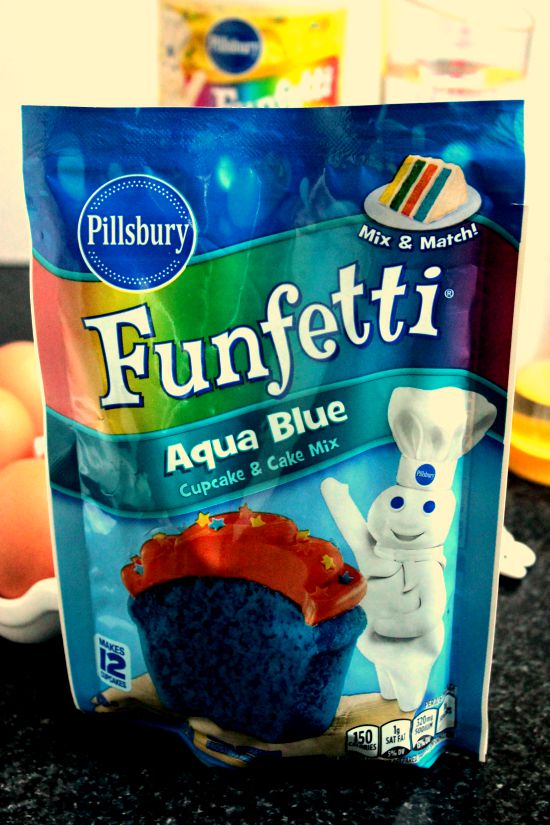 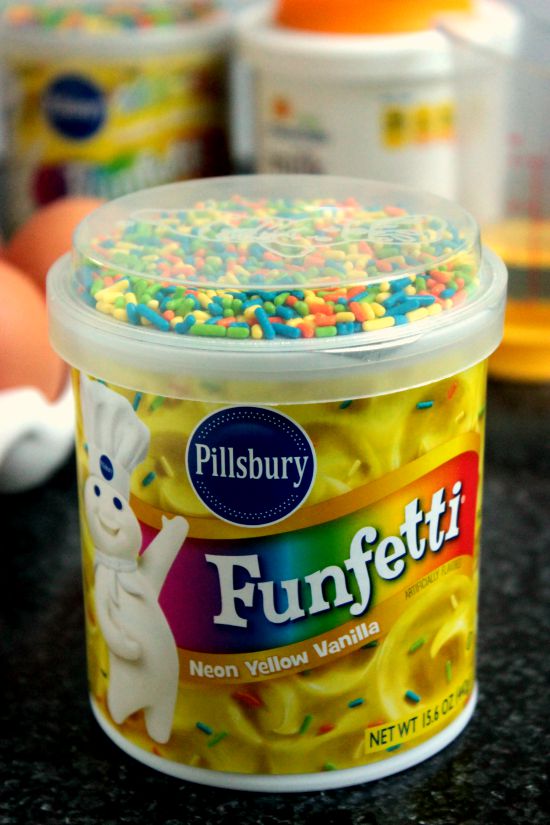 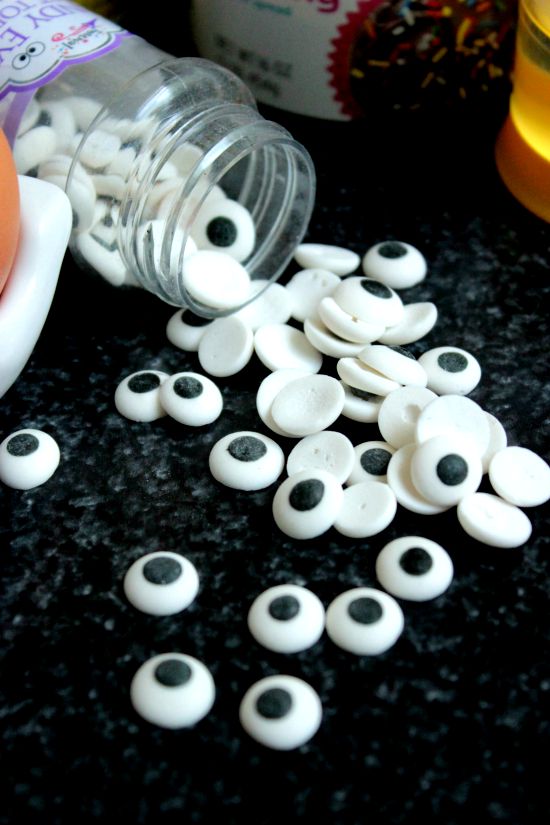 These Minion Cupcakes are really easy to make and they would be perfect for a Minion Birthday party or for a fun filled adventure day in the kitchen with your favorite minion lover! 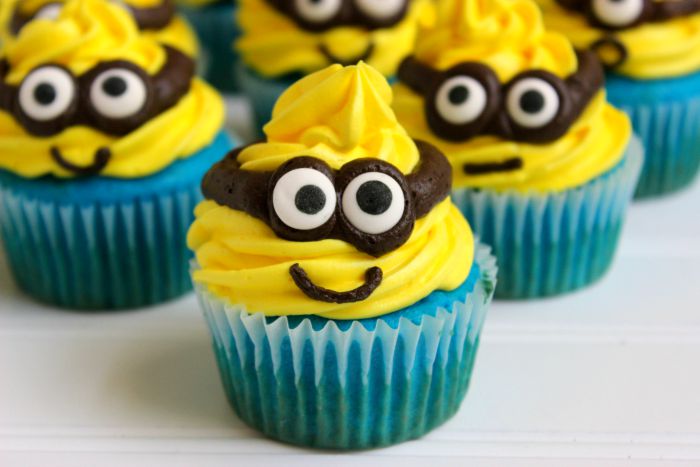 I even made you a little graphic to show you how easy they are!

1/4 cup oil
12 cupcake liners
2 cans Pillsbury Funfetti Neon Yellow Icing
1 can chocolate icing
24 candy eyes (I find them at Hobby Lobby)
*You’ll also need piping bags and tips* I used a M1 for he swirls and large round tip for the goggles.
Directions

In a large bowl, mix together the cupcake mix, egg white, oil and water. Mix well.

Scoop the yellow icing into a bowl and whip on high (in a stand mixer or with an electric mixer) for 5 minutes. This will make the icing fluffier and it will give you more to work with.

Place a blue cupcake on a flat surface

Fill a piping bag fitted with a large star tip and pipe a star in the middle of the cupcake. Then swirl  the icing around the star and up to a peak.

Fill another piping bag fitted with a large round tip with the chocolate icing. Pipe a band around the middle of the yellow icing.

In the front of the cupcake pipe, two dots on the band (for the eyes).

Push a candy eye into each dot. 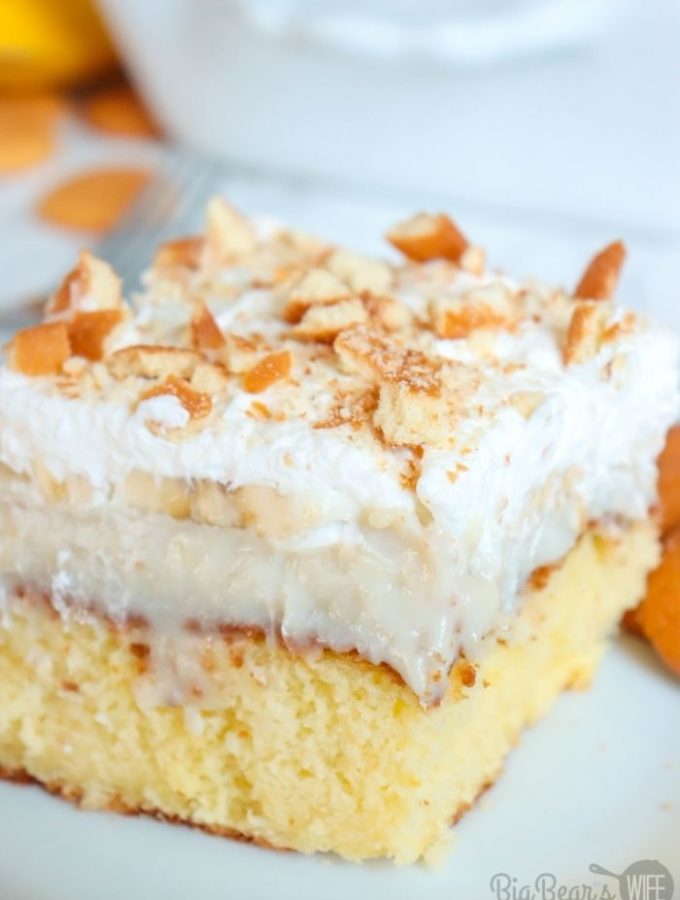 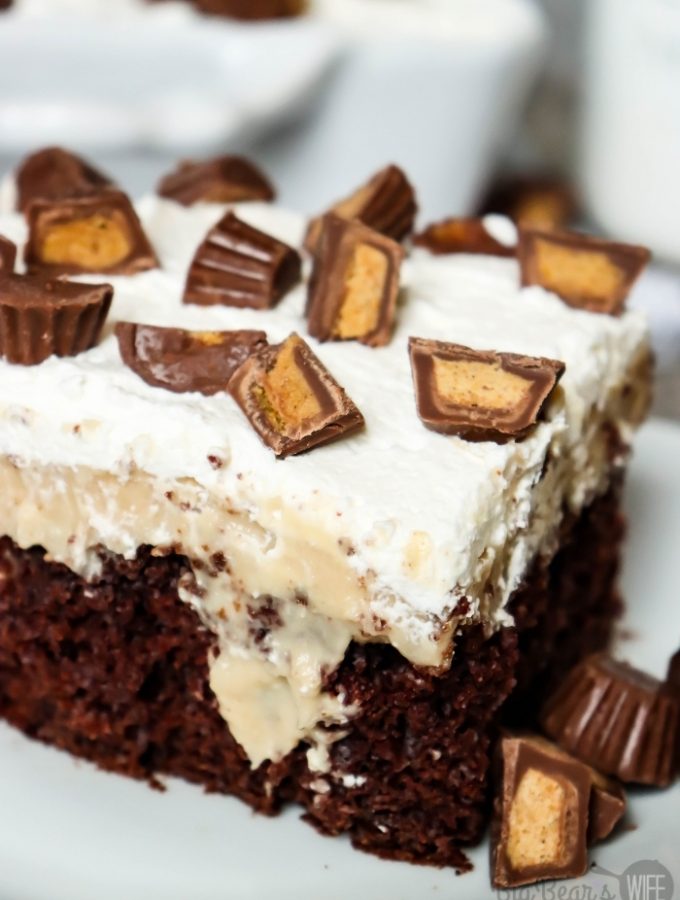