Home » Breakfast and Brunch » Raisin Craisin Cinnamon Rolls #BrunchWeek
Raisins & Craisin wrapped inside sweet and heavenly Cinnamon Rolls are worth waking up for! 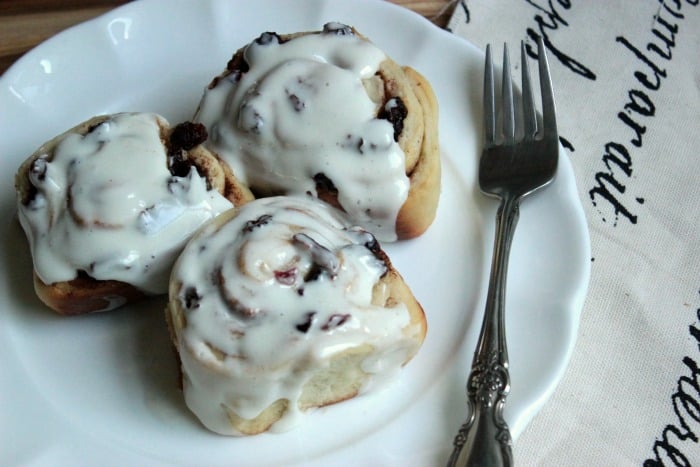 We’re almost finished with #BrunchWeek and there have been quite a few amazing brunch recipes flying all over the blogging world this week! Today I’ve got some Raisin Craisin Cinnamon Rolls for you for my Thursday #BrunchWeek post!

Now I’m not much of a morning person at all (probably why I like Brunch time so much haha) but Cinnamon Rolls will pretty much pull me out of bed at any time of the morning!

The amazing smell of warm cinnamon rolling through the house will literally pull you into the kitchen! 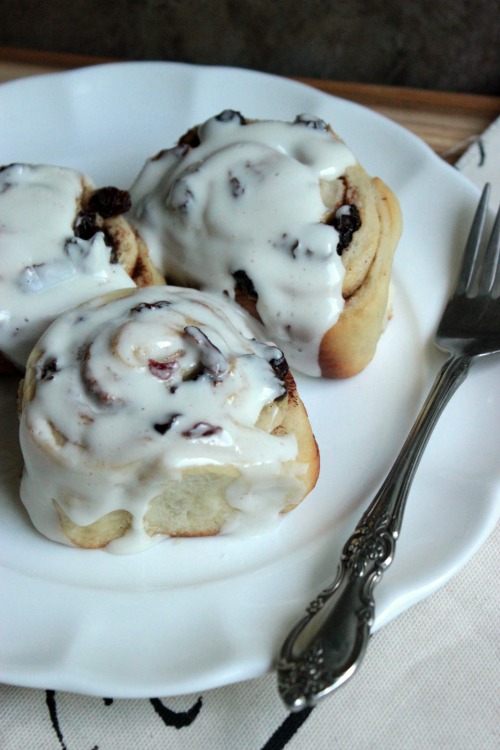 Before we get too far into these Raisin Craisin Cinnamon Rolls let me quickly remind you about our HUGE & AMAZING giveaways for #Brunch Week thanks to our wonderful sponsors and their generosity during Brunch Week!!!

Want to enter to win some great stuff ? Check out the #BrunchWeek Giveaways and enter! 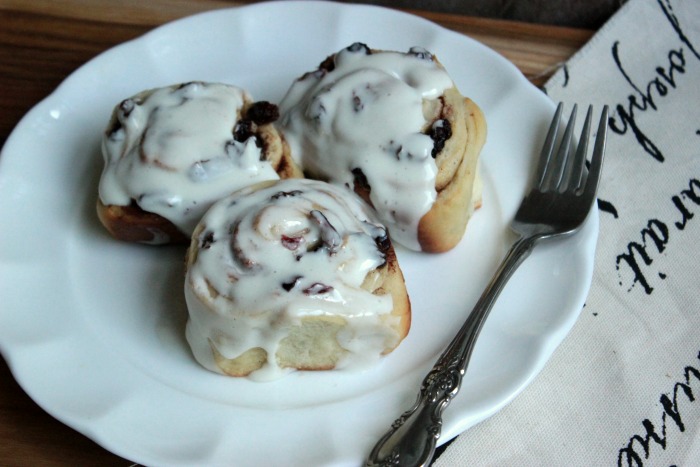 Now back to these sweet Raisin Craisin Cinnamon Rolls! They are a totally new and welcomed addition to my folder of “recipe keepers”. I love the hot cinnamon and sugar as well as the tart burst of flavor from each raisin and craisin! 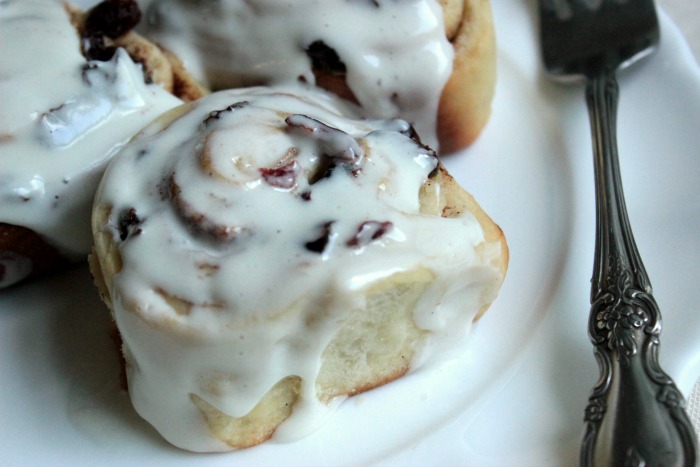 The glaze just tops it off and makes it the perfect comfort food! 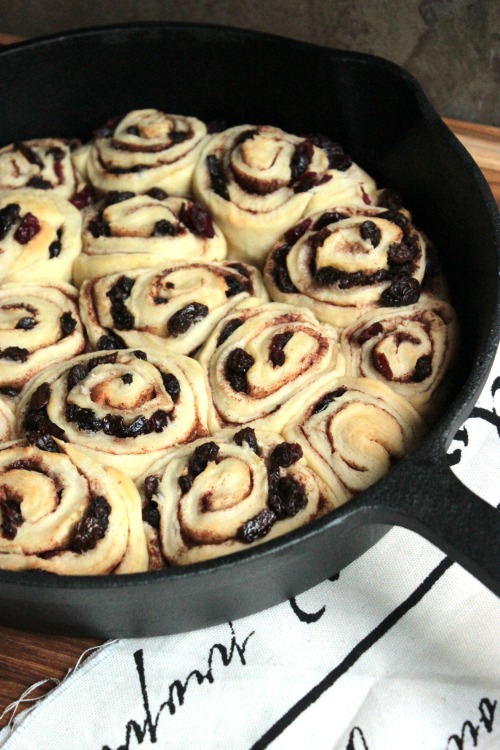 Oh and did I mention that I made these in my cast-iron skillet? I literally love making cinnamon rolls in cast-iron skillets now! #1 it’s pretty and #2 it’s just the perfect size and shape!

Pull up a chair and dig in! There are plenty of cinnamon rolls to go around!

One the mixture is hot, remove it from the heat.
Let it cool until it is lukewarm; this should take about 30 minutes.
Once the mixture is lukewarm, sprinkle the yeast in and let it sit (without stirring) it for 2 minutes.
Next, stir in 8 cups of the flour. Stir extremely well, until everything is combined.

Cover with a kitchen towel and set the pot in a warm place for 1 hour to let the dough rise.

Cut the dough down into 4 sections.

Sprinkle some of the sugar over the melted butter. Next, sprinkle the cinnamon over the sugar!
Sprinkle 1/4 cup raisins and 1/4 cup Craisins over the dough.
Starting at (shortest) side closest to you, roll the dough tightly away from you, tucking the dough in as you roll.

Place the sliced rolls in the pans. One in the center and the rest around the edges.

Now, do those steps again with the rest of the dough until all of the Cinnamon Rolls are in the pans.

While the rolls are baking, starting making Icing.

In a large bowl, whisk together the powdered sugar vanilla and milk. Add in the melted butter. Whisk until smooth.
Icing should be smooth and thick, but you should be able to pour it.

Once the Cinnamon Rolls have finished baking, remove pans from the oven and immediately drizzle icing over the tops.

Here are some other tasty #BrunchWeek recipe for today!

A huge thank you to all our amazing #BrunchWeek sponsors. Please follow these lovely folks on their social media sites: