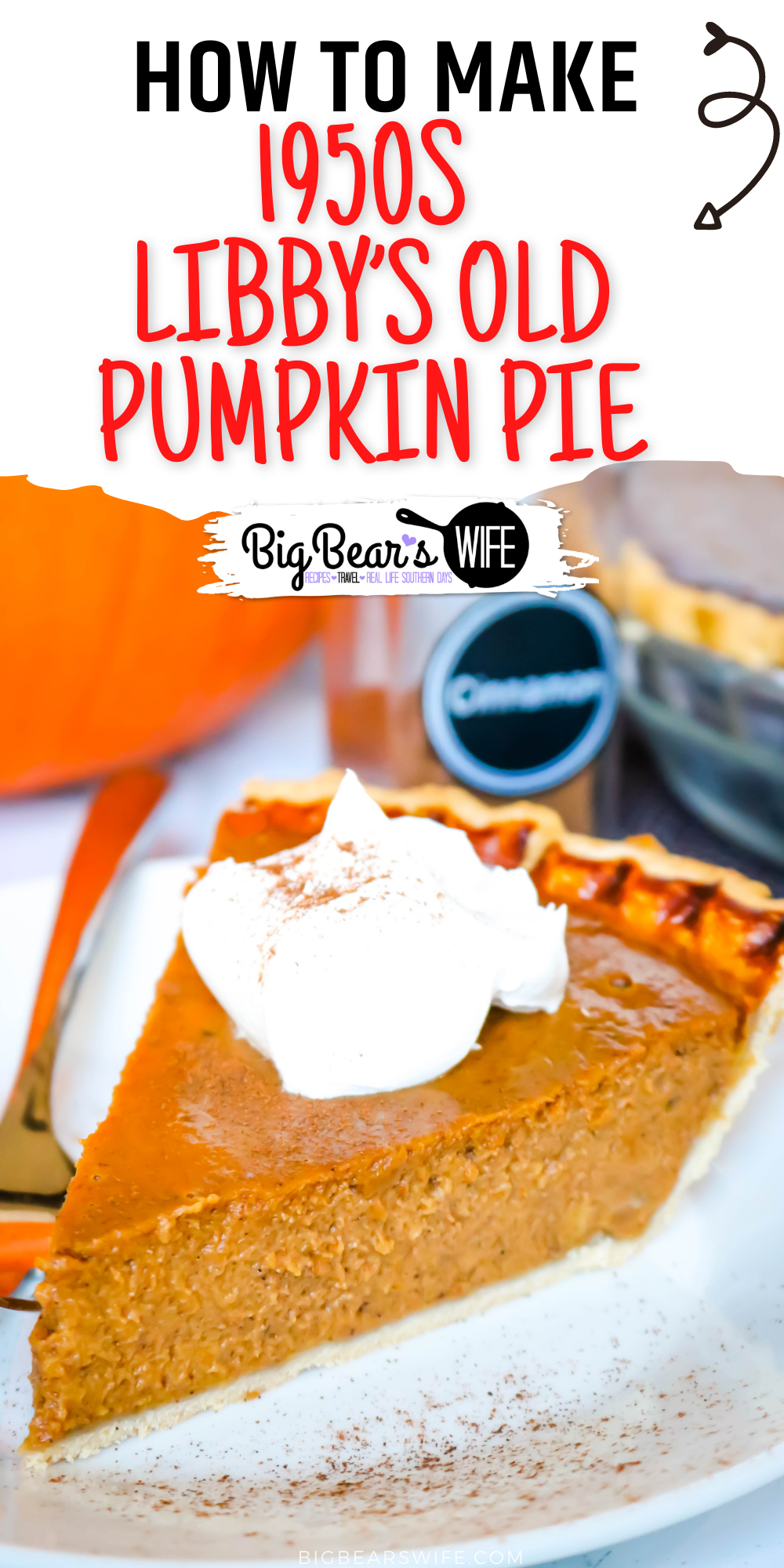 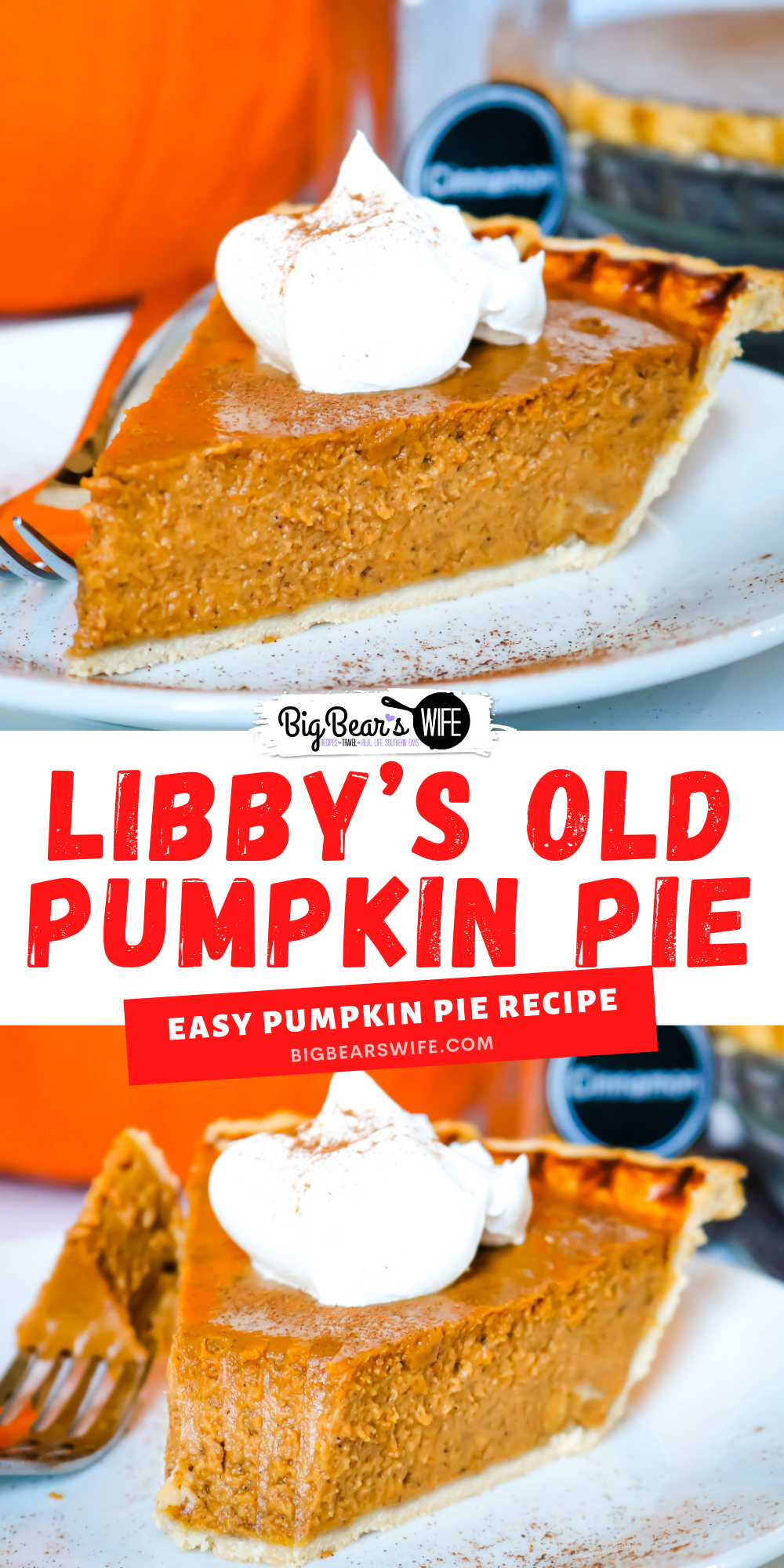 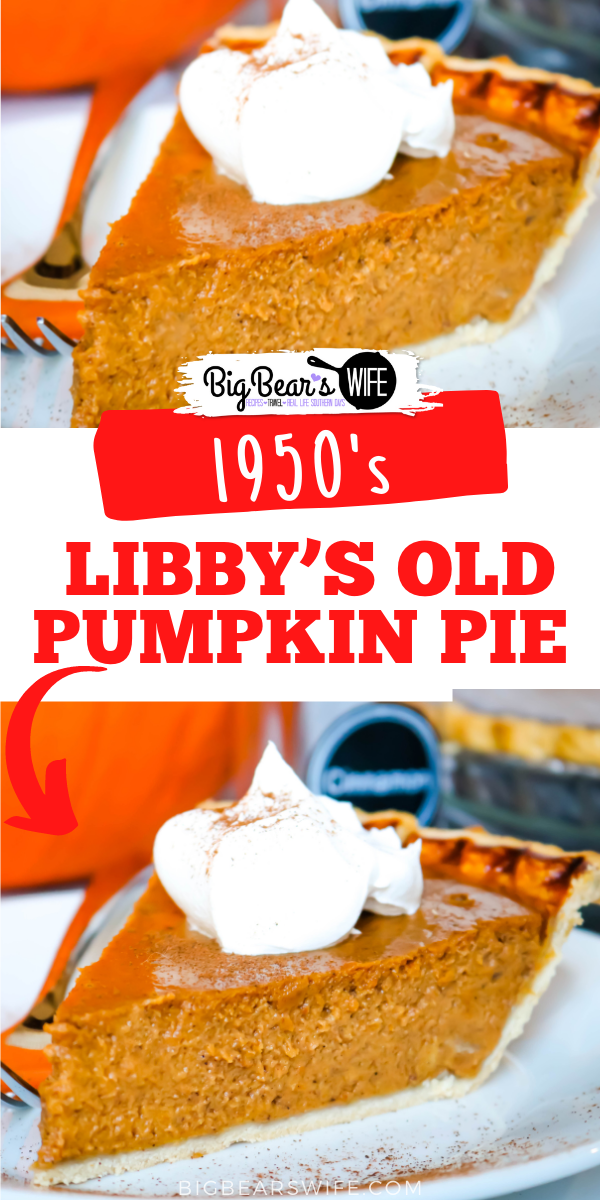 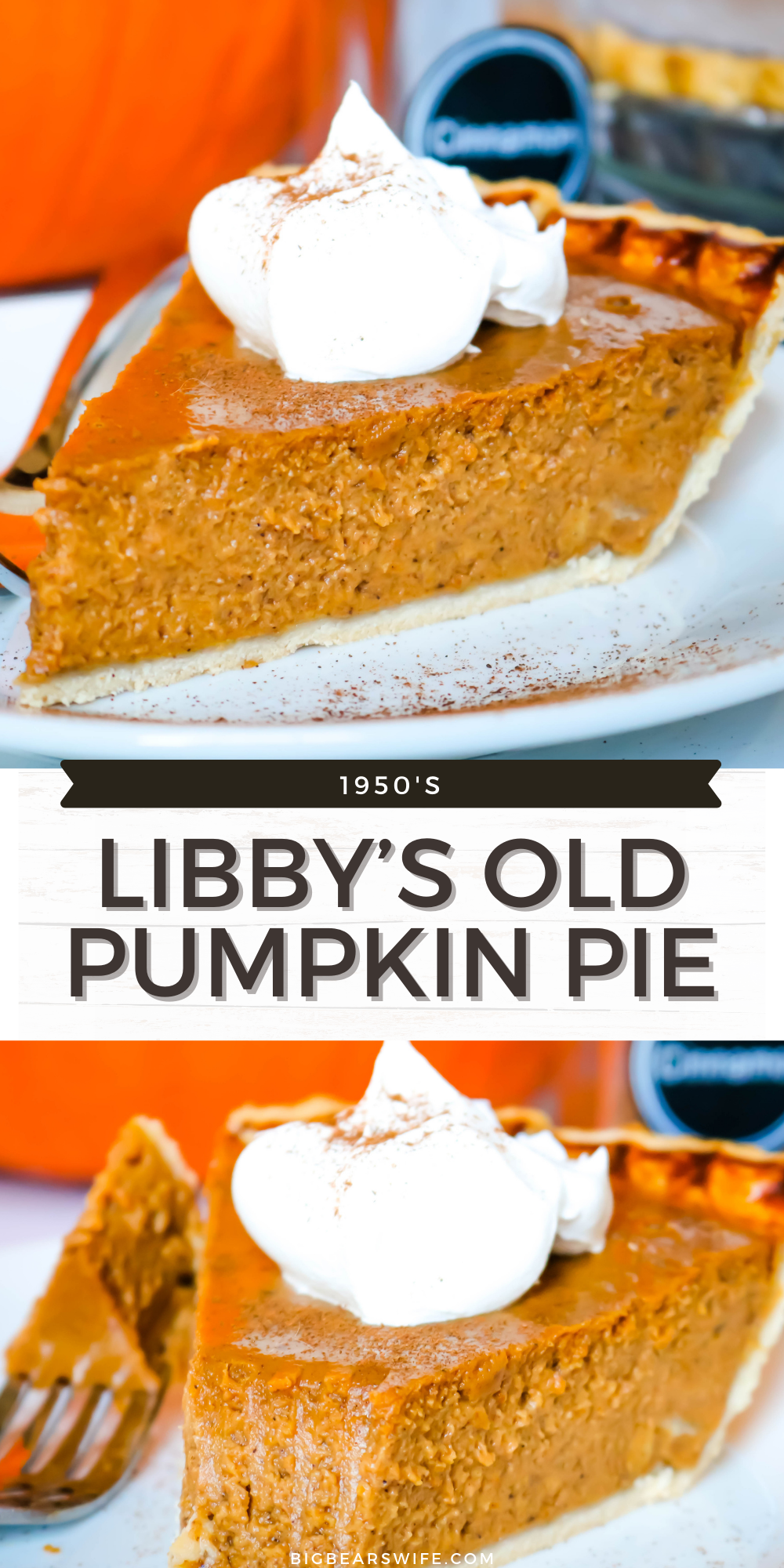 This 1950s Libby’s Old Pumpkin Pie is the old fashioned vintage pumpkin pie recipe that was on the back of the can of Libby’s Pure Pumpkin from the 1950s until 2019! 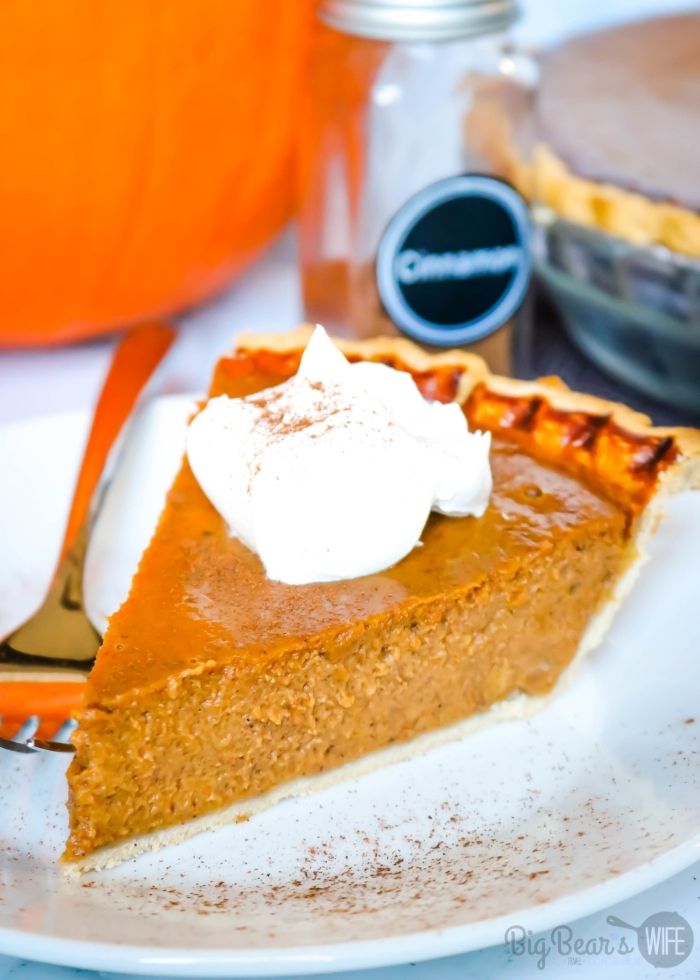 While the Libby Pumpkin Pie goes back to the 1920s, the vintage recipe that most people grew up with was introduced in the back of the Libby’s Can of Pumpkin in the 1950s.

When I was looking through my grandmothers recipe binder the other week I found this clipped recipe for “Libby’s Pumpkin Pie” and since this recipe binder was put together probably 40 years ago, I knew that this was the “old” Libby Pumpkin Pie recipe.

Old One? Yep! Libby’s changed their pumpkin pie recipe in 2019! If you’re looking for the original recipe for your Thanksgiving dinner or just because you love pie, this recipe is for you. It’s super easy to make this Libby can pumpkin pie recipe and it’s been a favorite of thousands of people for years and years!

I made a homemade from scratch version years ago, but this one is pretty darn good too. My from scratch recipe takes quite a but of time but this recipe is only going to take you about 10 minutes or less to mix together and about an hour or so to bake.

This is how you make pumpkin pie with canned pumpkin. 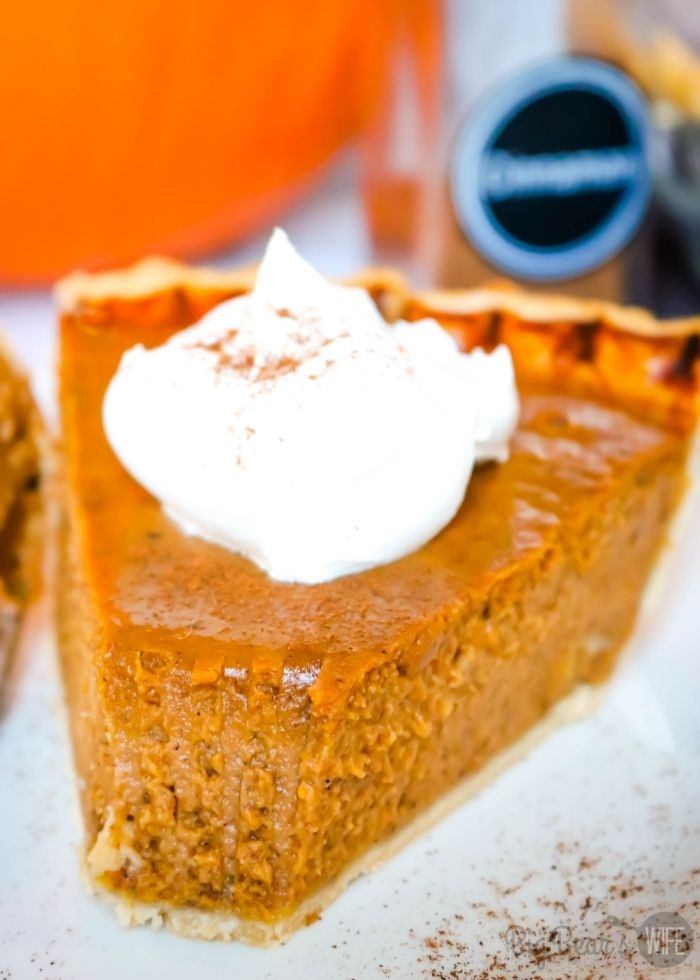 For this particular pie I did you a pastry pie shell that I picked up from the grocery store but you could also use a homemade one or a with graham cracker crust.

But can you make Libby’s pumpkin pie without crust? Yes! Just make sure to spray your pie pan with cooking spray before adding the filling!

How long do I bake pumpkin pie?

Then, reduce temperature to 350F and bake for 40 to 50 minutes or until knife inserted near center comes out clean. 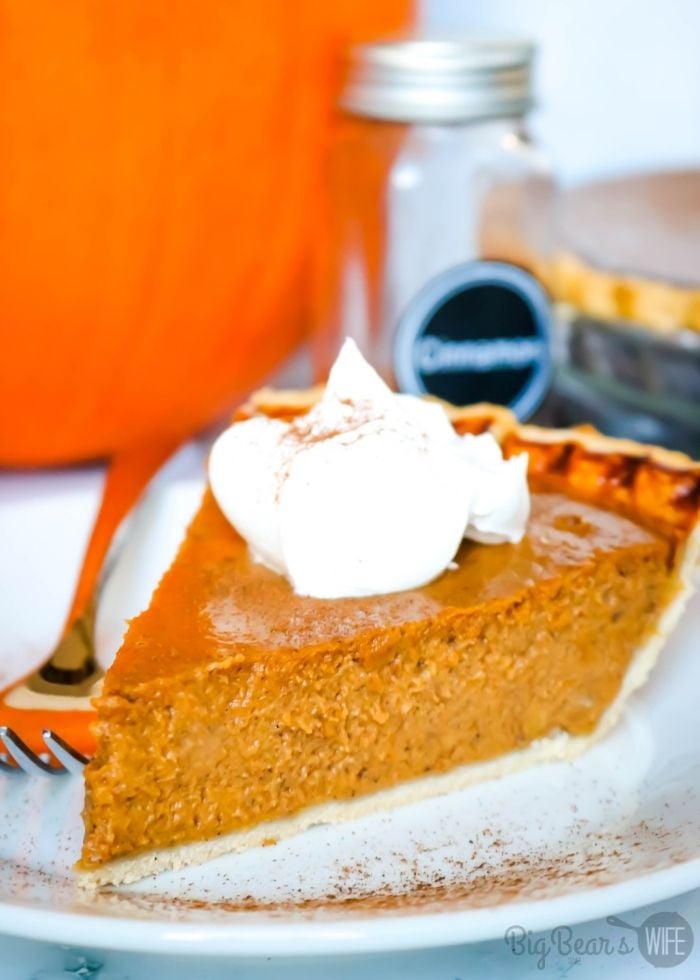 I personally love mine topped with cool whip and a few dashes of ground cinnamon.

I think that it is best to serve this at room temperature but it’s also good warm and cold haha. Either way you want to enjoy it will be fine! 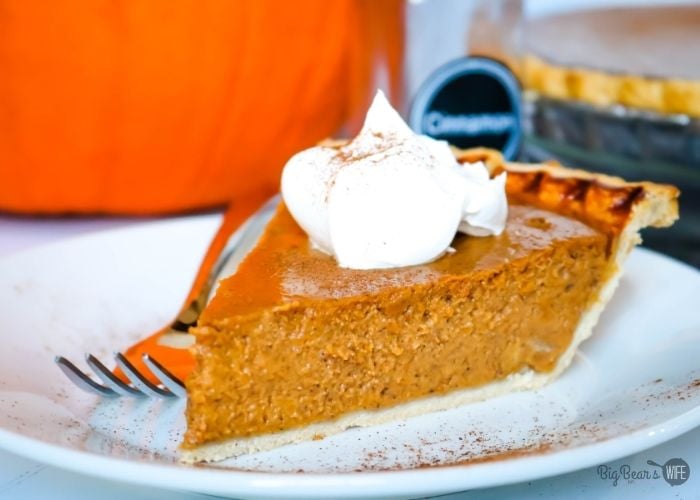 Can you freeze Libby’s pumpkin pie? Yes! Wrap it in plastic wrap and then in foil. You can freeze this for up to 2 months.

Libby’s Famous Pumpkin Pie vs Libby’s New Fashioned Pie? Which one do you like better?

What can I make with Libby’s canned pumpkin? 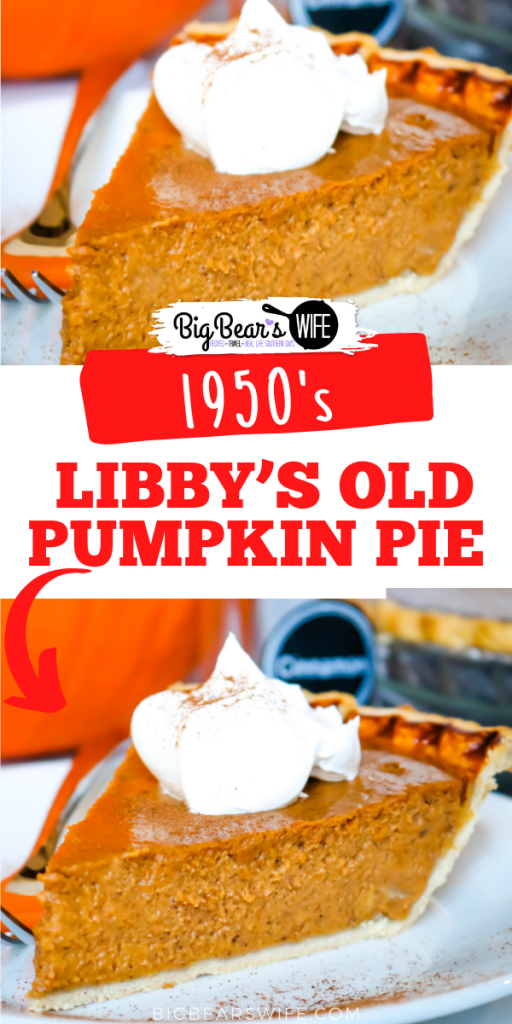