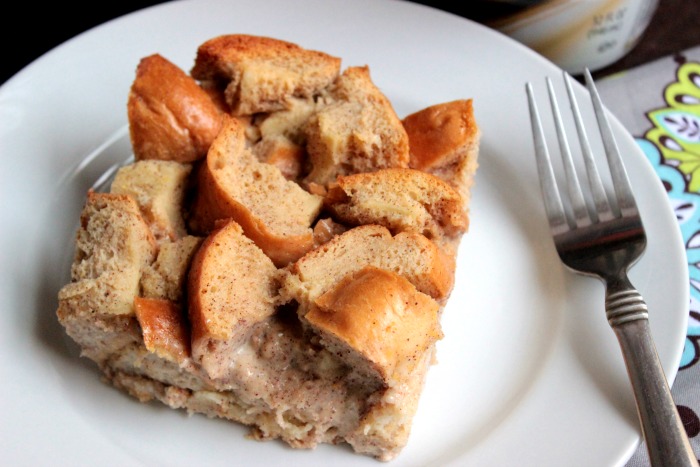 Y’all, can I just start posting song lyrics for my blog posts like I’m 15 years old again. It would make things so much easier. 😉

There is a constant battle of “what should I write”, “Oh that sounds stupid” & “oh they don’t care about that” that is bolting around in my head when I’m trying to write out blog posts when I share these recipes. 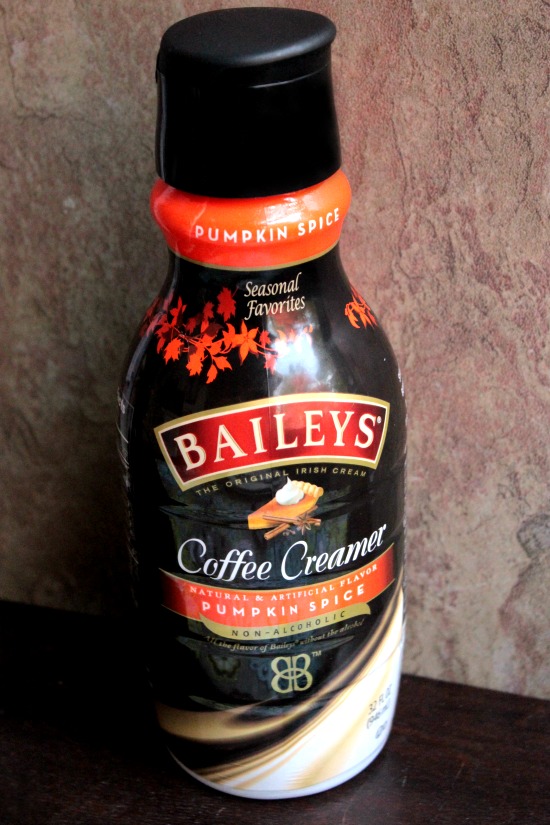 I always hear other bloggers saying “How can you blog about your life if you don’t have one, go out an enjoy your life! Live life to the fullest”. I love that and it totally inspires me when I see it floating around the blogosphere!

But let’s be real here, sometimes my days consist of waking up, going to work, driving home, making dinner and crashing from exhaustion. Yeah… that sounds like a fabulous blog post that I just know you’d be all exited about!

Oh whatever, let’s just go stuff our faces with Baked Pumpkin Spice French Toast and muffle the sounds of all the whining that I was just doing. 😉 Yeah, I know, that’s exactly what you were thinking. 😉 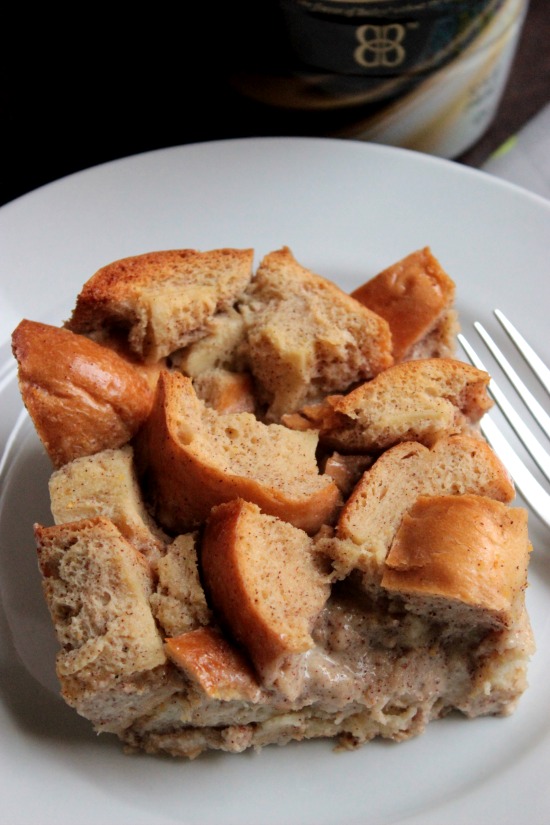 Do you know that the last time I had french toast, well homemade french toast, was when I lived at Camp Lejeune and my friend Nikki came to see me while Thomas was deployed?!? She stayed with me for a weekend and on one of those mornings she made us french toast for breakfast.

Now I’ve had french toast when I’ve gone out for breakfast or brunch but I haven’t had homemade french toast since then…..ooo and that was back in 2008. WOW. What have I been doing with my life…. 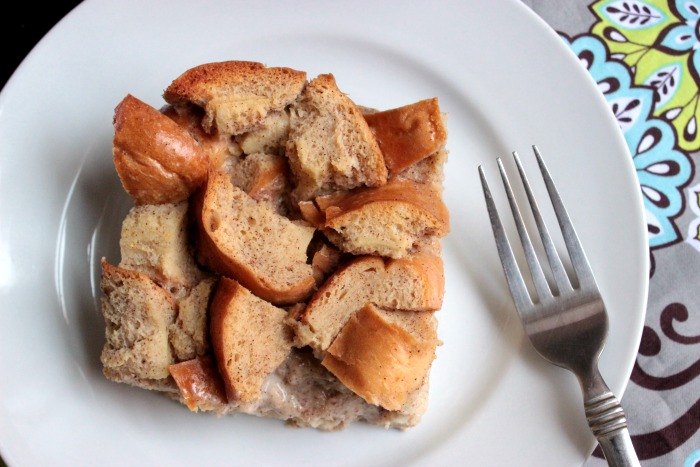 So since I’m not a morning person, the whole standing in front of the stove in the mornings to make homemade french toast probably isn’t going to happen anytime soon. Unless it’s the weekend and I’m making breakfast at like 11am… mmm yeah. Me trying to cook french toast super early in the morning would probably result in me catching something on fire.

Since we don’t want to burn the house down let’s just agree that baked french toast is just how it needs be…for now anyways. 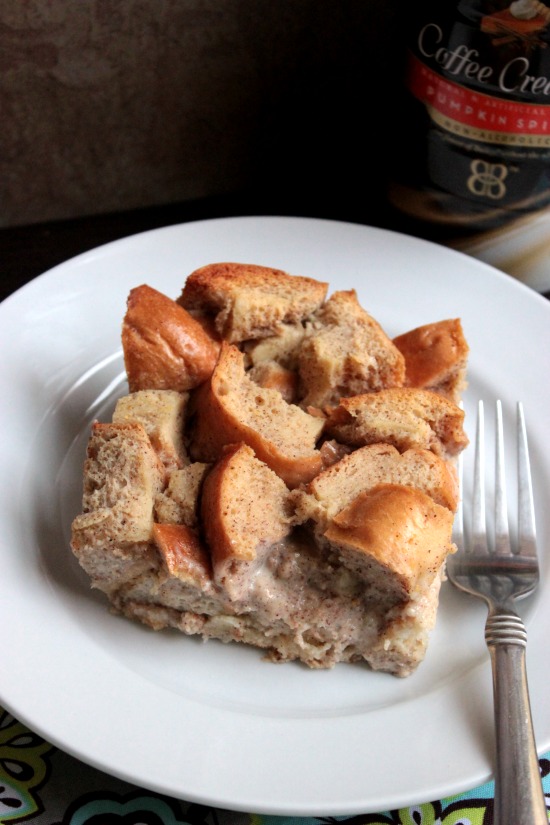 Make this the night before and pop it into the oven the next morning. You’ll be munching on fantastic french toast and you won’t even have get up early (or burn the house down) to do it!

Ps. BigBear is upset that I didn’t mention that he ate the whole pan because is was freakin awesome….sooo FYI… he ate it all and I got half of the piece that I photographed. Yep, that’s how it went down.

Toss cubes of french bread into a large bowl.

In another large bowl, whisk together the heavy cream, eggs, creamer and pumpkin spice.

Spray cooking spray (or butter) into a 9×9 pan. Pour the coated bread cubes into the 9×9 pan and press down on the bread cubes with the back of a spoon to spread them out evenly.

After the Pumpkin Spice French Toast has set in the fridge overnight, preheat the oven to 350°F.