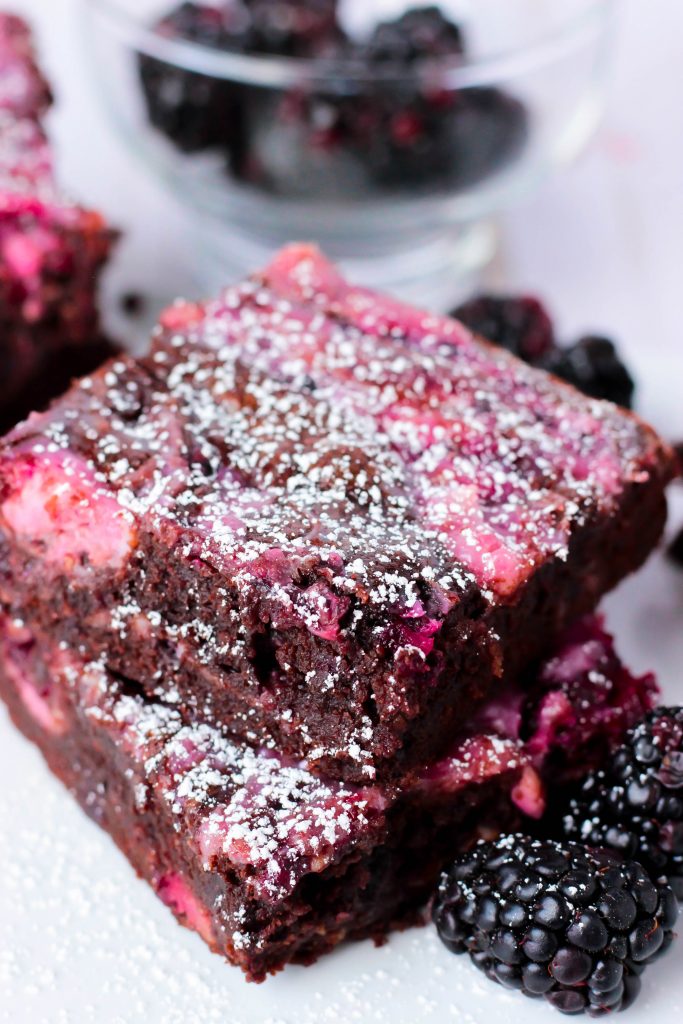 Somedays, my entire day is filled with chores, dishes and laundry.

Then there are days where the entire day is filled with baby snuggles. While a lot of my days are the same, I love little special moments that break up the days.

Just like when it comes to my eating habits, some days are filled with the perfect healhty meals and then some days I sneak in the time to make a batch of Blackberry Cheesecake Brownies for my sweet tooth and for the neighbors! 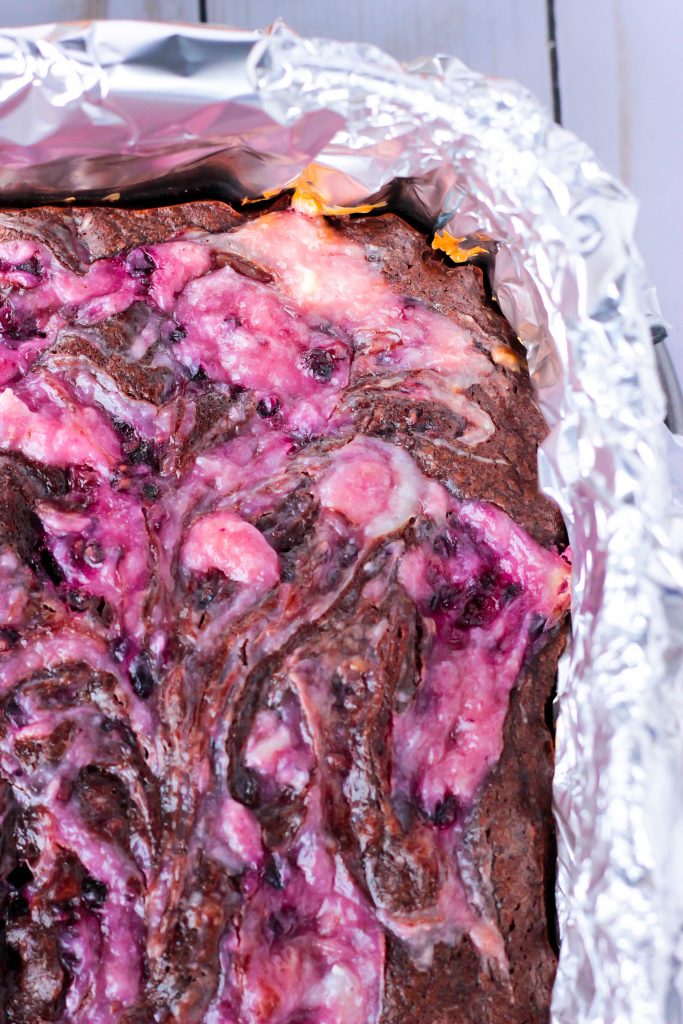 Most Blackberry Cheesecake Brownie recipes that you’ll find have a brownie layer and a cheesecake layer on top with blackberries swirled in.

Those are awesome, but I wanted to try something a little different with this recipe for Blackberry Cheesecake Brownies. I love taking recipe ideas and putting my own little spin on them. 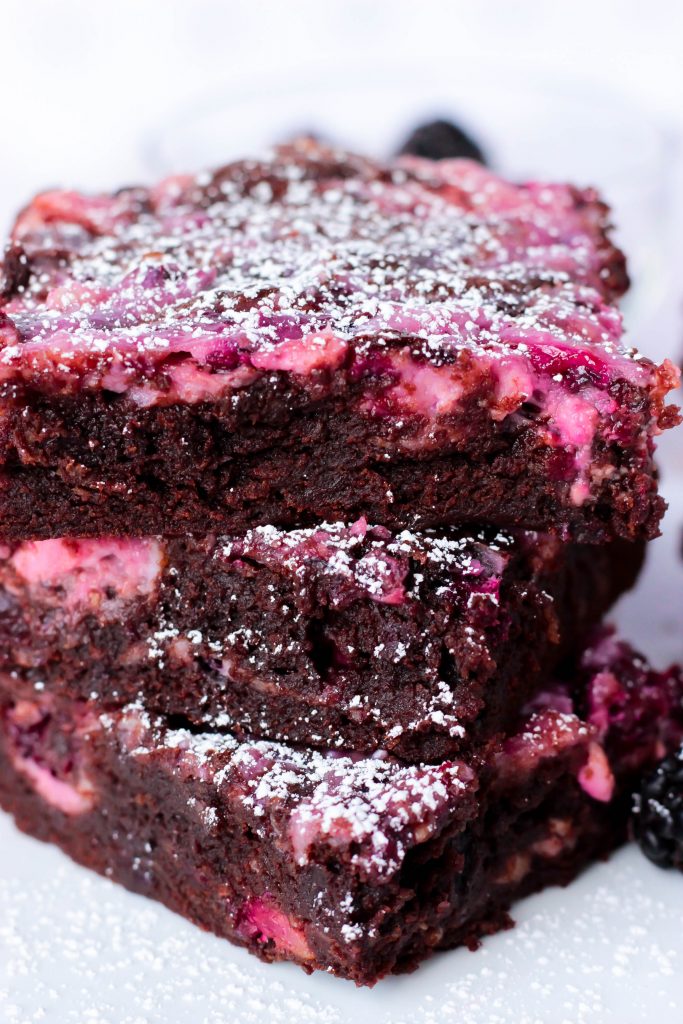 These blackberry brownies have a blackberry cheesecake filling swirled through all of the brownie batter before it’s baked instead of just piling it on top.

They’re lovely, fudgey and exactly how I like my brownies! 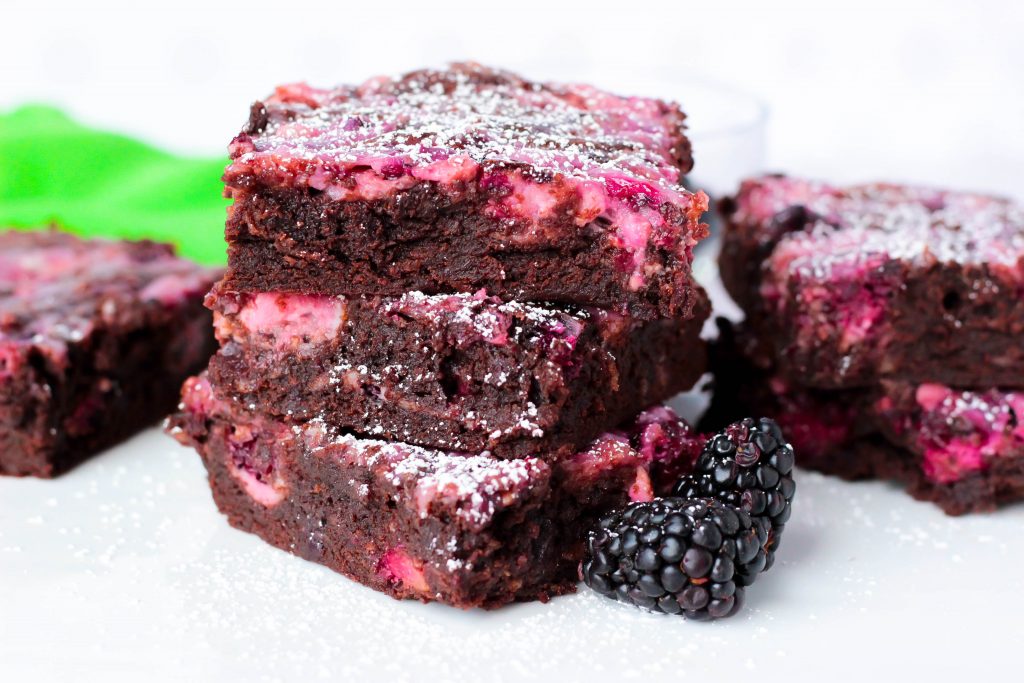 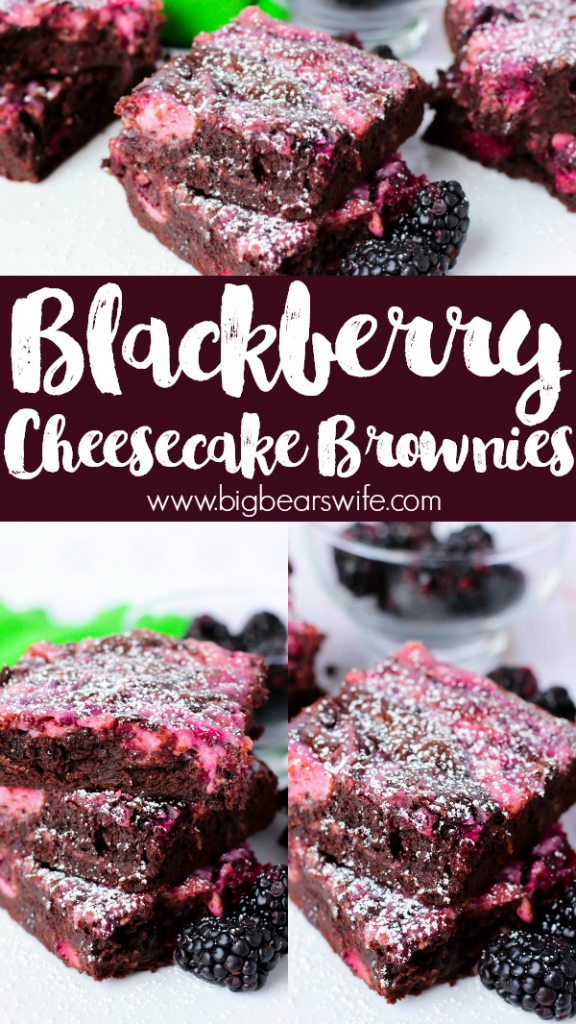