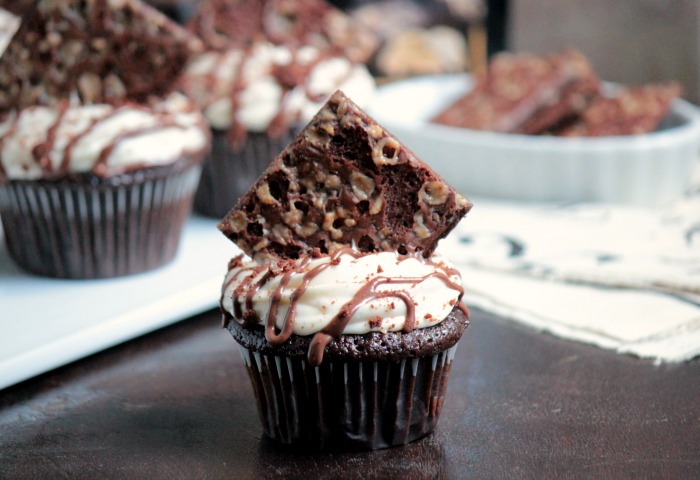 I also realize that I just posted a blog post about Fat Shaming & PCOS jammed in between those dessert recipes.

I’m not oblivious to how that looks. Here’s a girl telling you that she gained all this weight and can’t loose it because she had PCOS and then she’s posting 100000 dessert recipes on her blog.

Well here’s the secret, I don’t eat all of these dang desserts. GASP

I know that’s not some super amazing secret but people have got to understand that when I make 24 cupcakes for a blog post that I’m not sitting at home on my couch eating 2 dozen sweet treats and binge watching Dr. Phil. 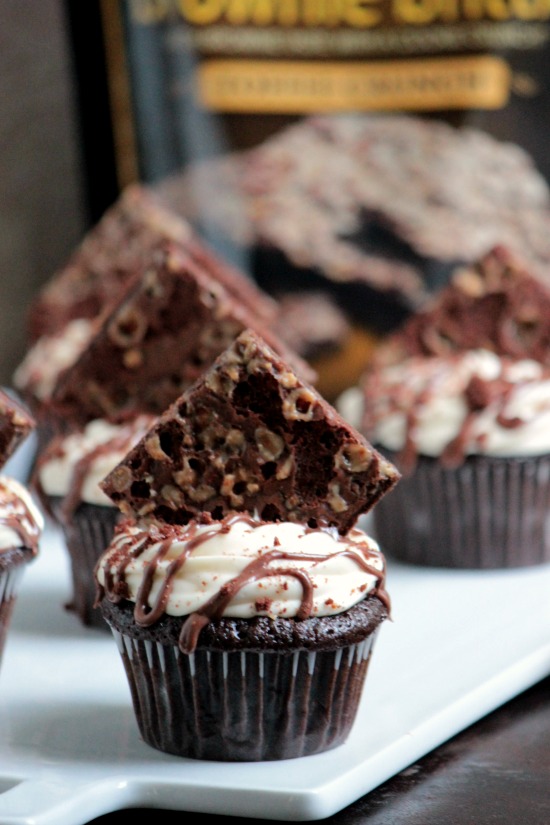 Sure I have to taste the desserts. I mean how could I blog about them or adjust measurements and perfect them if I didn’t taste them? But that doesn’t mean I’m shoveling them into my face.

Also, just because I post 3 dessert recipes in a row one week doesn’t mean that I had all of those desserts in my house that week. Sometimes I make desserts, photograph them, write up the recipes and then shove them into my “to publish” folder and wait a while before putting them on the blog. 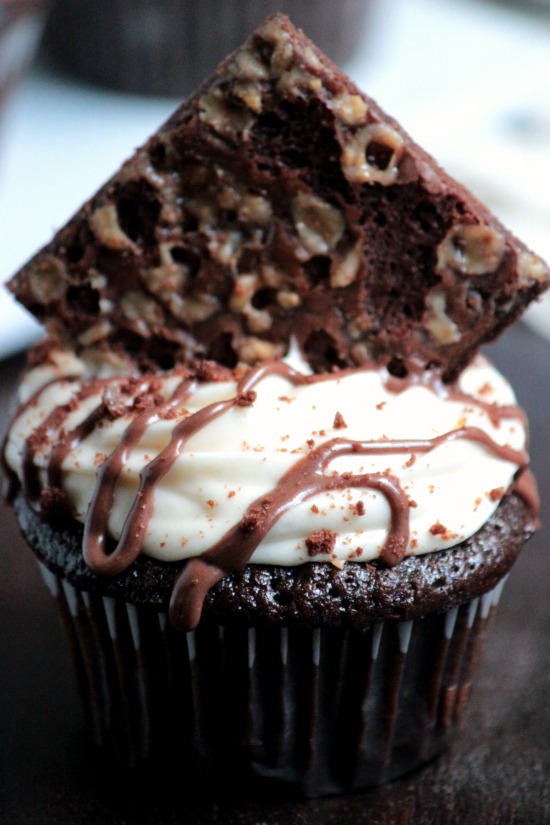 So what happens to all of the goodies that I make if I don’t eat them all?

Lately it means that I’m packing up containers of treats and sending them off to work with BigBear. Those guys work their tales off so they can use the extra calories 😉 haha.

For example, last week I sent them about 56 “Candy Explosion Cookies” to use up the easter candy we had in the house and this morning I packed up about a dozen cookie cereal marshmallow treats for them. (both of those recipes will be on the blog soon too!)

But if they’re not going to work with BigBear, they’re coming to my office, BigBear is hording a few or they’re being picked up by friends.

One year I even dropped off 7-8 giant plates of decorated sugar cookies at the homeless shelter because I wanted to decorate Christmas sugar cookies (and get a little practice in) but I didn’t want all of those cookies in my house afterwards. (if they’re not there I can’t eat them haha) So we called the local homeless shelter, got permission to bring them (since they were homemade I wanted to make sure it was ok), wrapped them up and took them down a few days before Christmas. 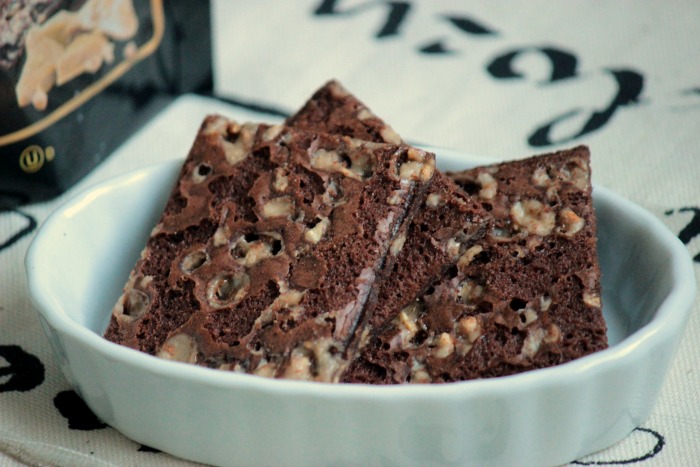 So I made these Brownie Brittle Toffee Crunch Cupcakes for Brownie Brittle back in the fall of last year, photographed them and they’ve just been siting in my “drafts” folder since then because I was waiting for the right time to share them. 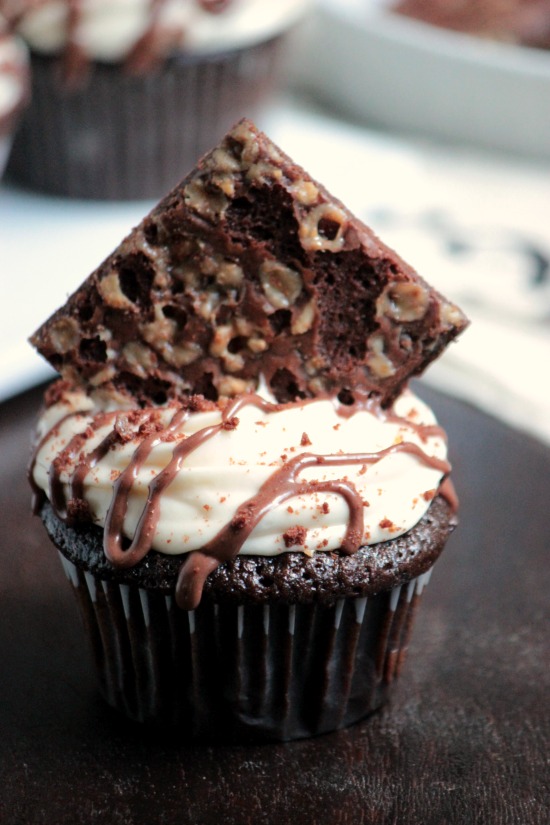 I adore these cupcakes and that Toffee Crunch Brownie Brittle but sometimes I’ve just got to have a “feeling” that it’s the right time to post something before it makes it’s appearance. haha

Today is the day!

These Brownie Brittle Toffee Crunch Cupcakes are ready to make their appearance on the blog. 🙂 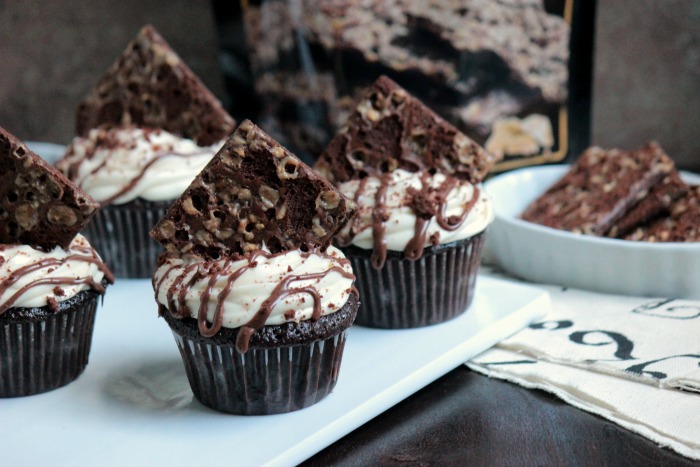 These beauties even have Toffee Crunch Brownie Brittle baked right into them!

Today’s my mother in law’s Birthday!!

I couldn’t have been blessed with a more wonderful mother in law.

Happy Birthday, Mom!! We love you!

Directions
For Cupcakes:
Pre-heat the oven to 300F.
In a large bowl, mix together the flour, sugar, baking soda, salt and cocoa powder.
Next add in the eggs, milk and oil. Mix Well. Stir in the vanilla. Stir in 4 oz of Toffee Crunch Brownie Brittle that has been crushed into crumbs.  Carefully mix in the boiling water.
(this batter will be very thin)
Pour batter into cupcake liners that have been placed into a cupcake tray.
Bake in a pre-heated oven at 300F for 30 minutes or until done.
Let cool.
For Icing
Cream the butter in the bowl of a mixer.
Add cream cheese and mix well.
Slowly add the powdered sugar to the butter and cream cheese while mixing on low.
Add vanilla and milk. Mix in the caramel. Mix until combined.
To Decorate:

Frost the cupcakes with the vanilla icing.

Drizzle chocolate icing or chocolate sauce over the cupcakes and sprinkle each cupcake with a little but of the crushed Toffee Crunch Brownie Brittle.

Top each cupcake with a piece of Toffee Crunch Brownie Brittle.

Brownie Brittle did pay me to develop and photograph this recipe but I’m sharing it with you because I love them and I love these cupcakes. As always, all opinions are my own.