This post is brought to you by Zynga and BlogHer.

I think that almost everyone has heard of FarmVille and most have probably spent hours playing the game online! I know that a few years ago I would literally get lost in time playing that game and I loved it!

Heck, everyone needs time to unwind now and again; playing game online is a great way to do that! I drifted away from online games when life got out of control a while back but when I was invited to check out the new FarmVille 2: Country Escape game, I was more than willing to give it a try.

While I don’t have a ton of free time I do try to take a few minutes for myself each day and just do something that’s fun! 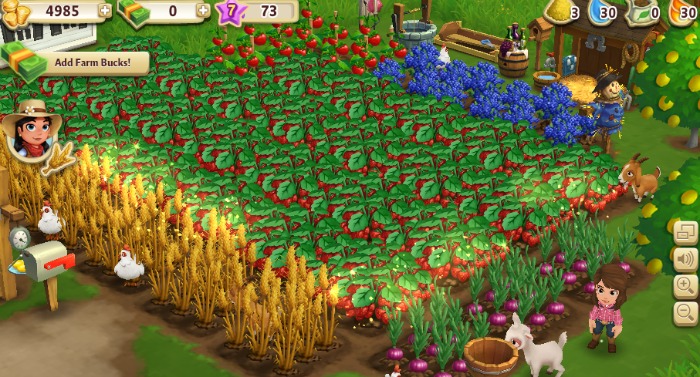 The details in the game are just great and they were the very first thing I noticed! I’m a graphics girl and I love the graphics in the new FarmVille 2 game!

So, in case you’re not familiar with the game I took a few screen shots of my “farm” to show you how it works. You basically get to plant crops, harvest them, sell them, craft recipes and decorate your own farm. 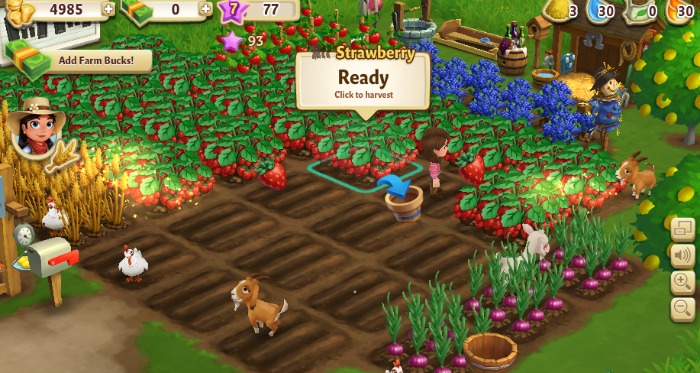 Haha, wouldn’t that be awesome if we could really harvest a natural 10 pound strawberry! I can only imagine all of the strawberry goodies that I could whip up with that! 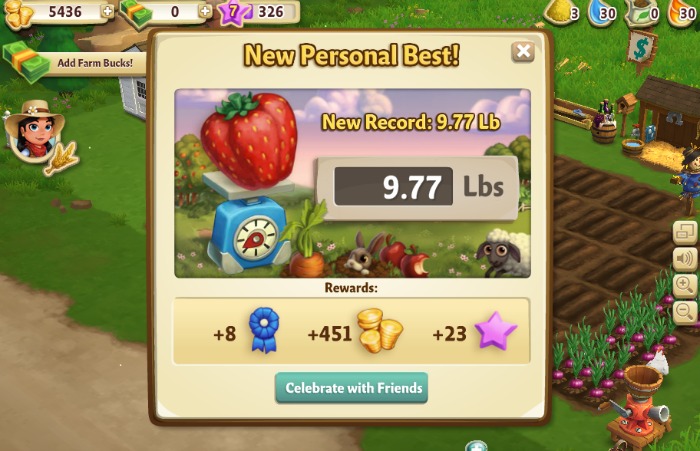 So after you harvest your crops you can use them to make feed for your farm animals! 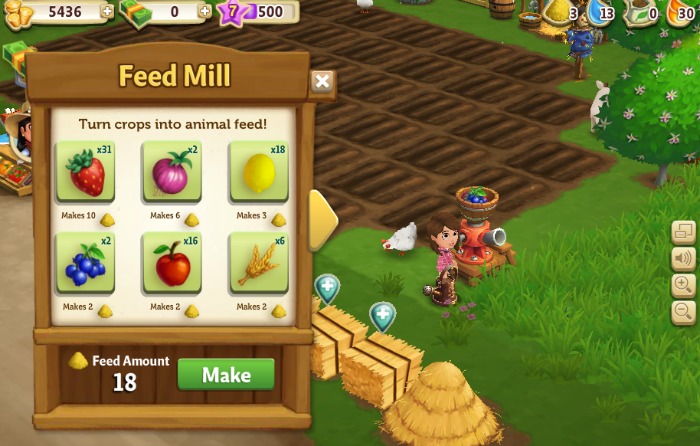 Or you can craft recipes in the kitchen! You can keep them or sell them in your market to make extra money for your farm. 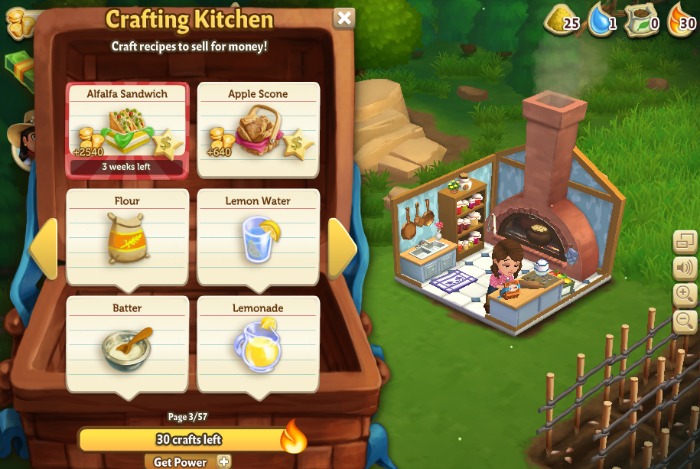 Now speaking of FarmVille and cooking let me tell you about something wonderful that’s going to be happening soon! FarmVille is coming out with it’s own “FarmVille to Table” digital cookbook; real farm to table recipes from cooks just like you and I! I’m so excited about this!

When I went to BlogHer FOOD in Miami, I got to chat with the Farmville guys for a bit about the game and the digital cookbook! From what I hear, Farmville players will be able to “make and create” meals in the game and then get the REAL recipes to download on their phones, tablets and computer! 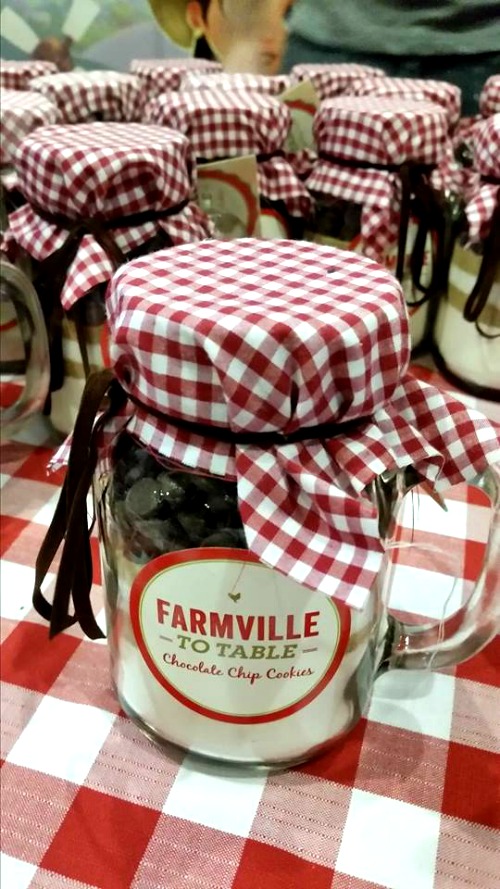 How neat is that! That feature along with the “FarmVille to Table” digital cookbook is just going awesome!  So, back to the recipes and cookbook! FarmVille 2 is looking for amazing, farm to table recipes from you!You can now submit your favorite Farm to Table, fresh, fantastic recipe for a chance to be in the new FarmVille to Table Digital Cookbook!

What kind of recipe will you submit? Your favorite chicken dish? Maybe you’re famous for your apple pie? Perhaps a recipe that your grandmother taught you?

I’m submitting my Favorite BlackBerry Skillet Cobbler for the cookbook! It’s packed full of fresh blackberries and baked up in a cast iron skillet (the best kitchen tool ever!) 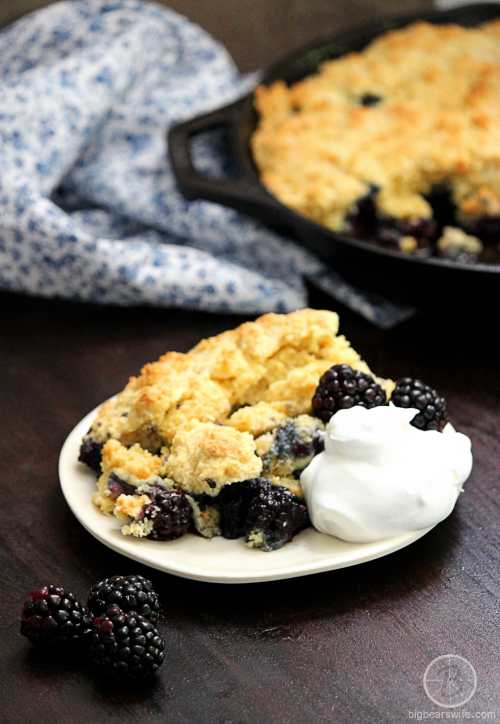 In a medium bowl combine blackberries and 1/4 cup sugar.

In another bowl, combine the flour, cornmeal, 1/4 cup sugar and baking powder.

Cut butter into flour mixture with a pastry cutter. (Or your fingers)

In a small bowl, whisk together the egg and milk.

Stir into the flour mixture.

Butter the inside of a cast iron skillet.

Scoop dough mixture by the tablespoon on top of the blackberries.

Bake for 30 minutes or until crust is golden brown. 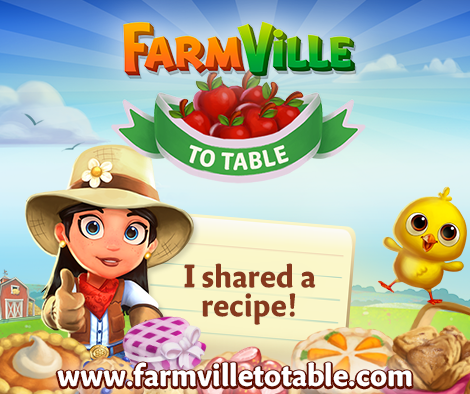 Want to submit your own recipe? Go to http://www.farmvilletotable.com/  and you might end up seeing your very own creative recipe in the new cookbook!  Recipes that are selected by Zynga’s culinary team will be prepared, photographed and featured in the FarmVille-To-Table Digital Cookbook!

Bloggers!
You can enter your recipes too! FarmVille has tens of millions of players every month (over 400 million people have played the FarmVille game!) You could have a chance at putting your name, recipe and blog in front of a HUGE audience that’s looking for awesome recipes!