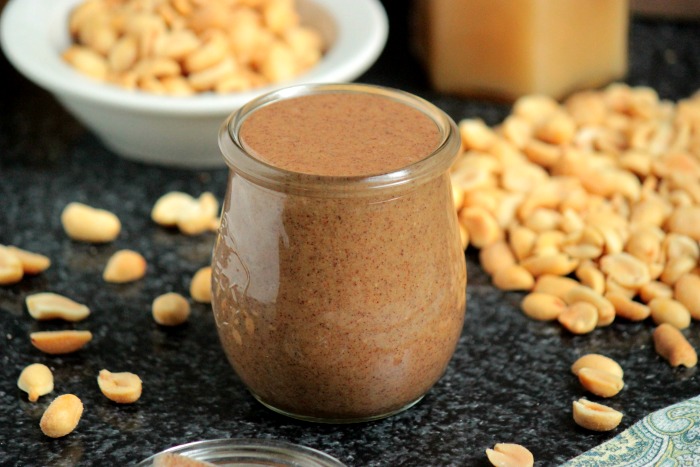 I use to be terrified of peanut butter. I know right… what an odd ball.

I felt like my tongue was going to be stuck to the roof of my mouth every time I ate peanut butter and it made me panic. I’m assuming that this goes along with my fear of having my arms and legs pinned down and not being able to move them haha. 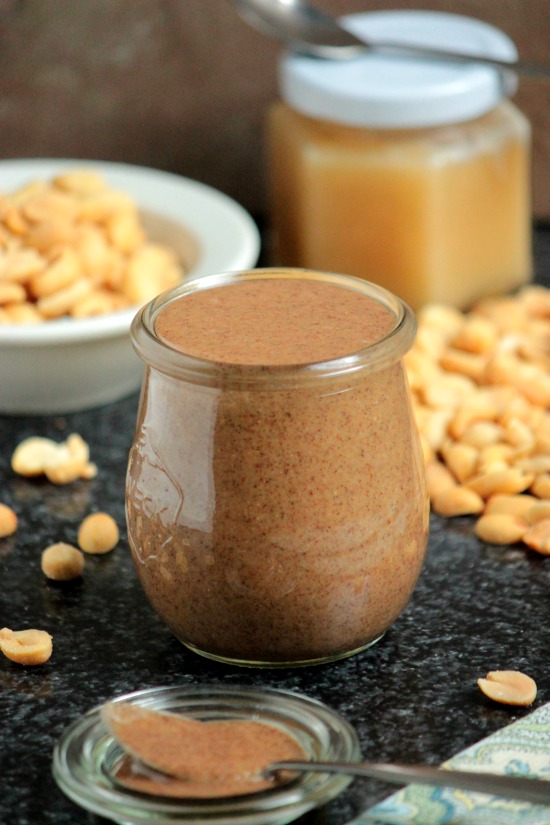 Big Bear on the other hand is a die-hard peanut butter fan. He could probably just sit down with a spoon and a jar of peanut butter and just be happy as can be. 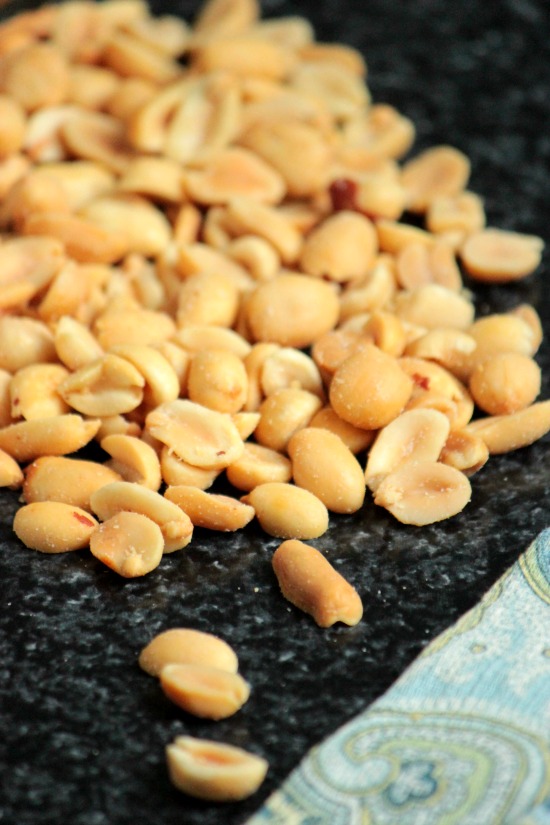 Growing up, peanut butter came out of a jar. It was just one of those things that you bought, you didn’t make it.

When I “grew-up”, I learned about places like Whole Foods where you could grind your own peanut butter in the store and I realized that homemade peanut butter couldn’t be all that difficult after all! 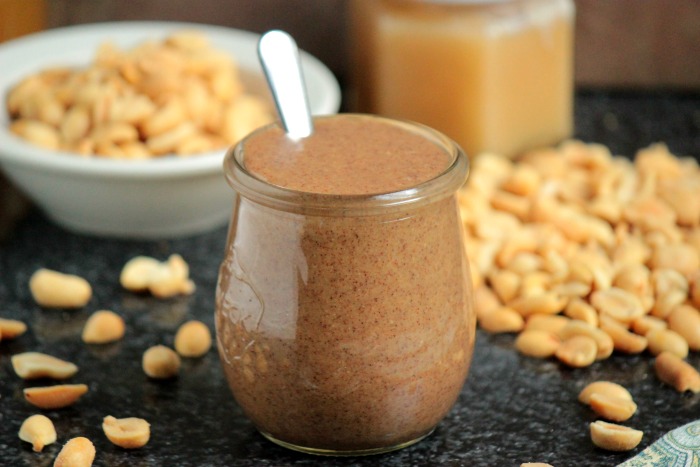 Of course you can use this same recipe to make regular peanut butter(just leave out the honey and cinnamon!) but you know that I can’t just let things be…normal. 😉 That would be kinda boring, wouldn’t it? 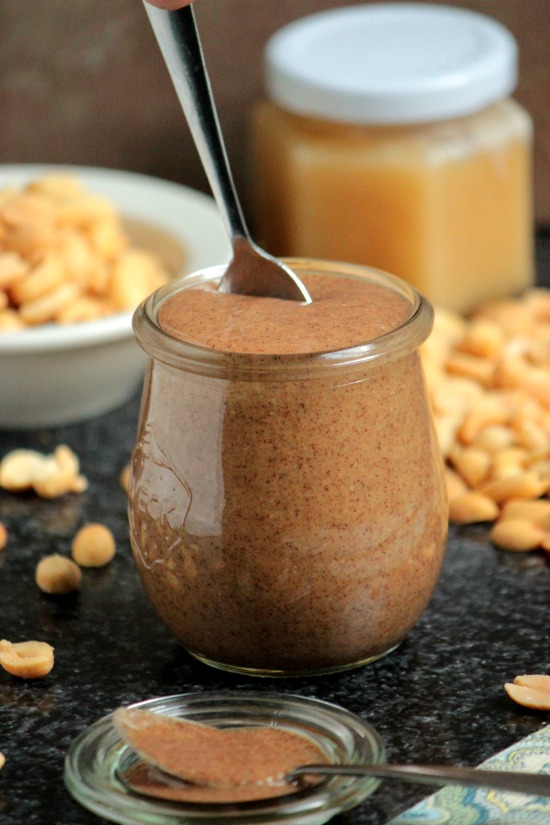 So, Homemade Honey Cinnamon Peanut Butter is what happened!

It’s still perfect for Peanut Butter and Jelly sandwiches, Banana and peanut butter sandwiches and its also fantastic for dipping apples and pretzels! 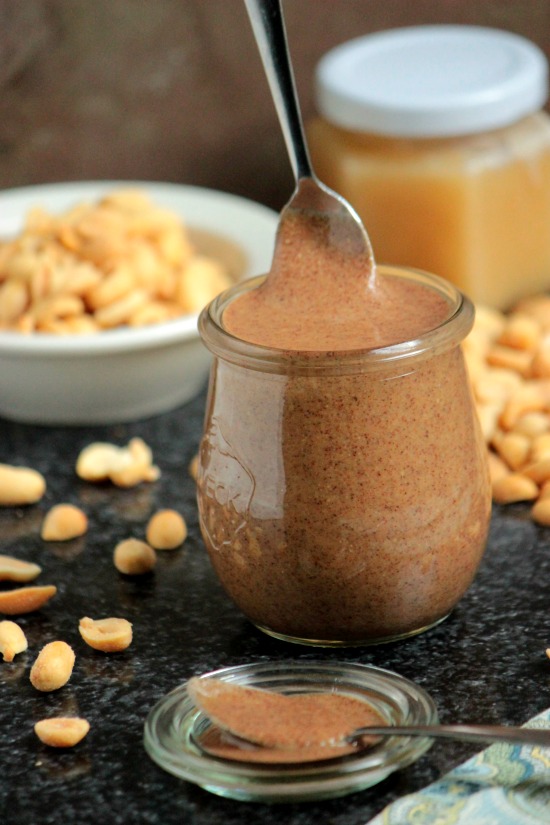 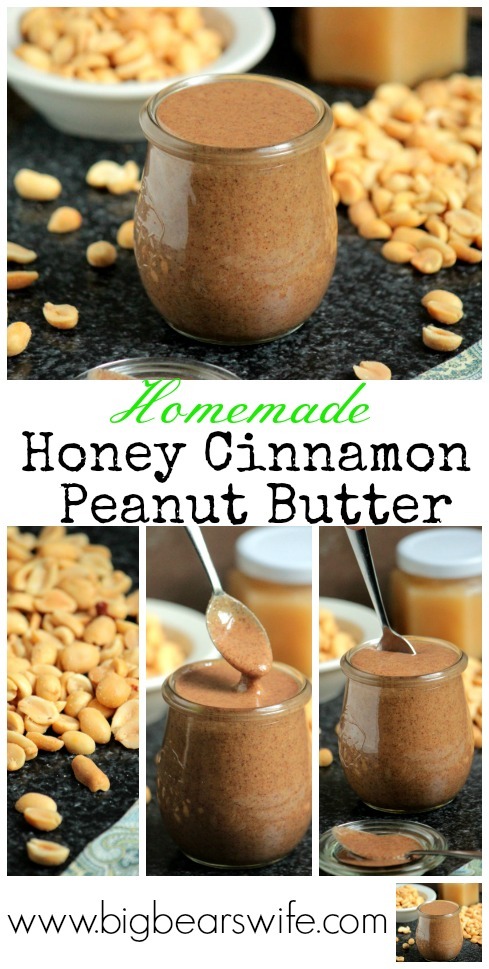 Oh and I almost forgot! You don’t need any fancy “peanut butter maker machines” to make this!

— wait… do they make fancy peanut butter grinders? I’m sure they do haha.

But all you need is a “high powered’ blender! Yep! Easy, homemade peanut butter made in a blender.

Need One? Look below the recipe in this post for you chance to win one!!!

Peanut Butter should start to look smooth but thick. Add in the honey and cinnamon,

Add in the peanut oil.

Blend for 2-3 minutes until smooth. 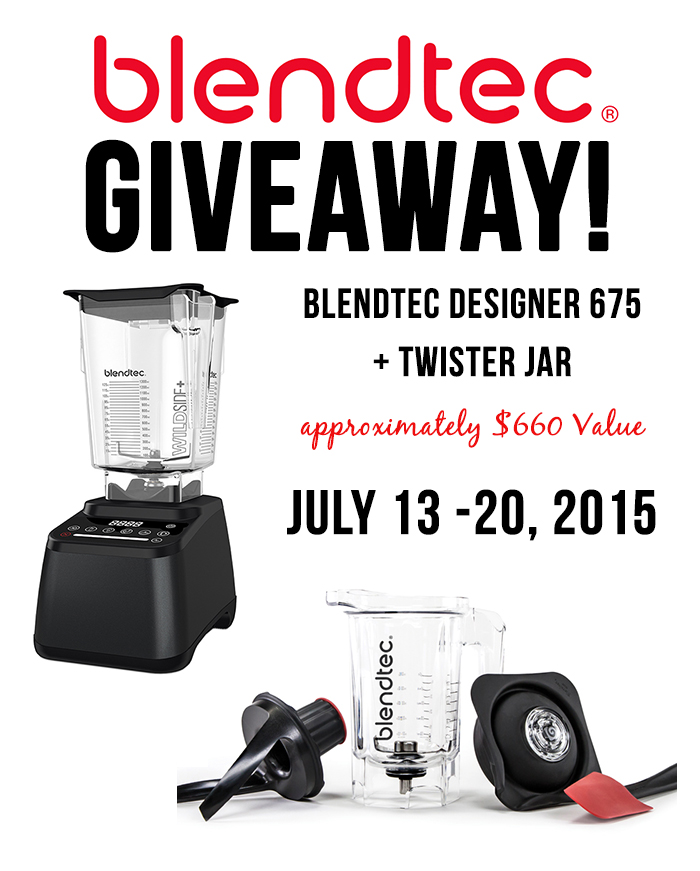 There is an affiliate link in this post, those links help keep BigBearsWife.com up and running 🙂