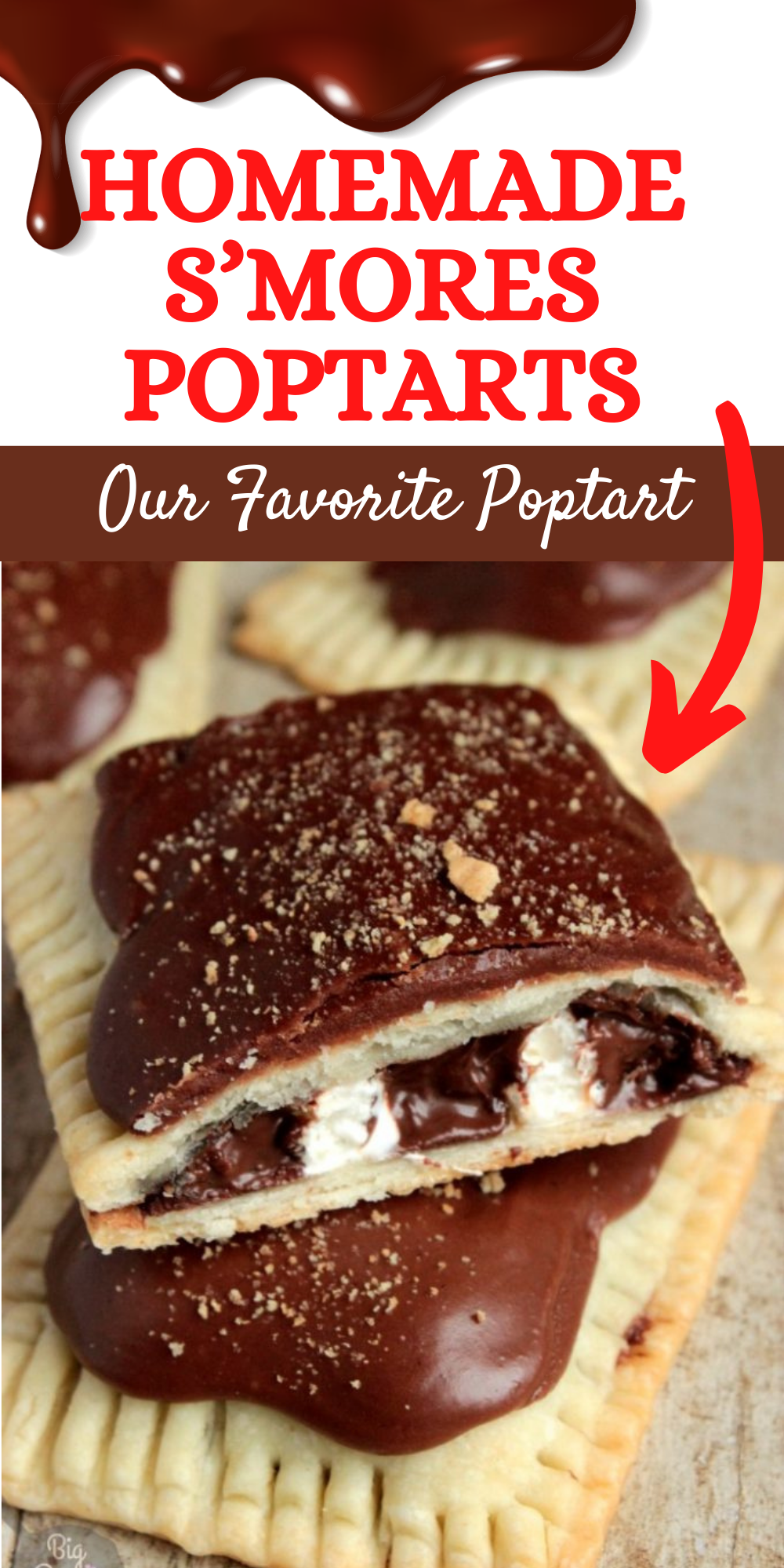 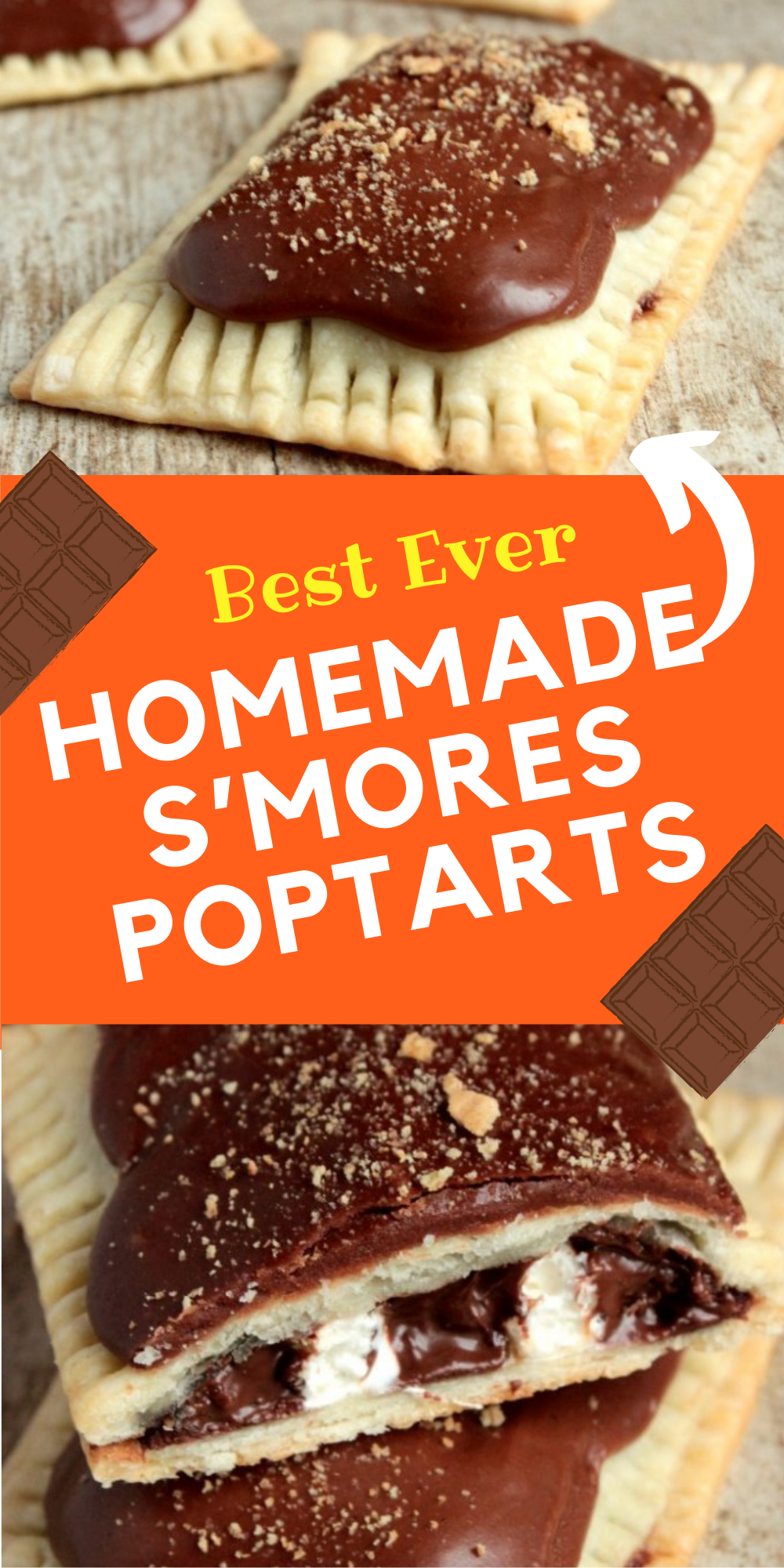 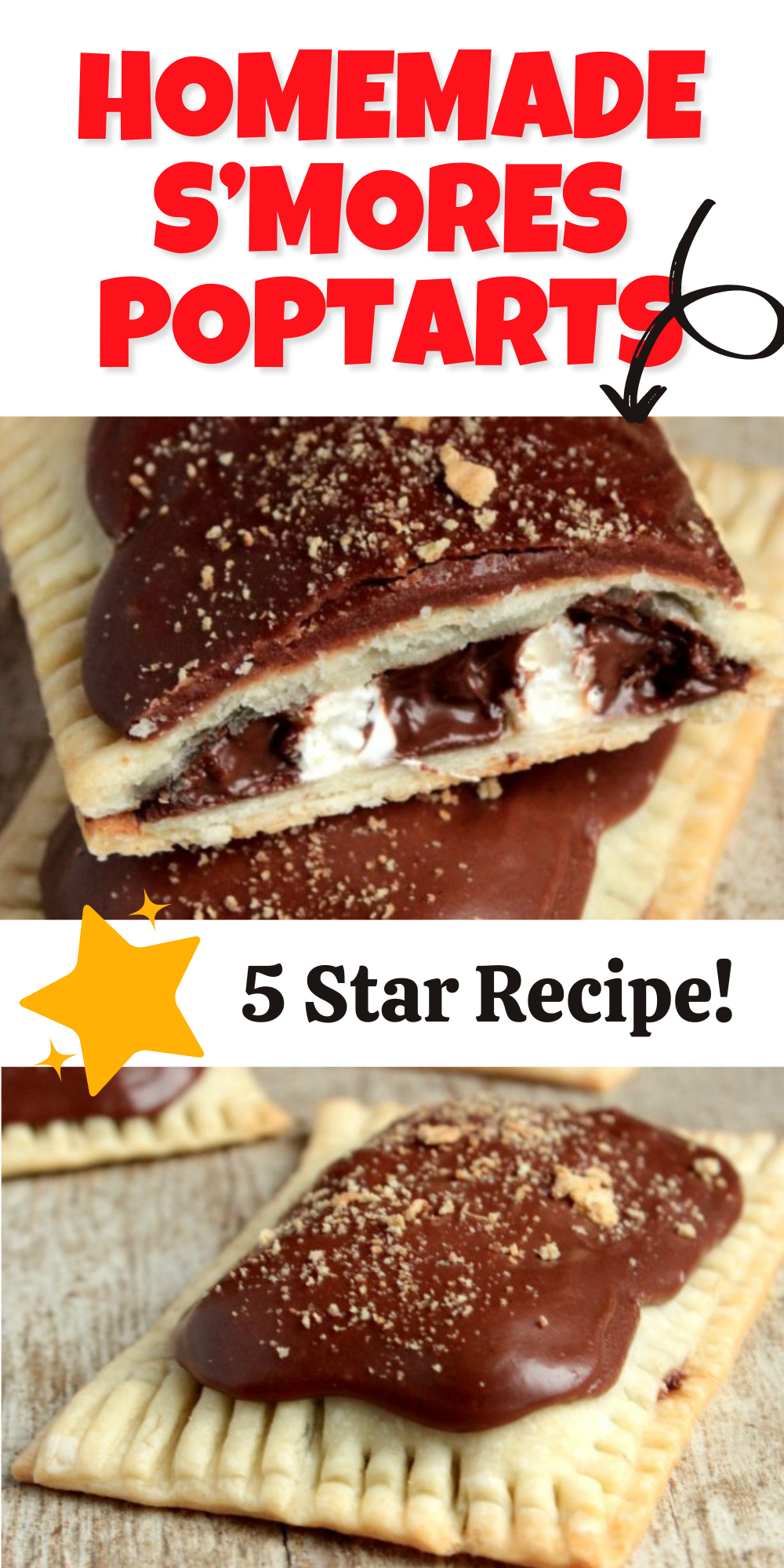 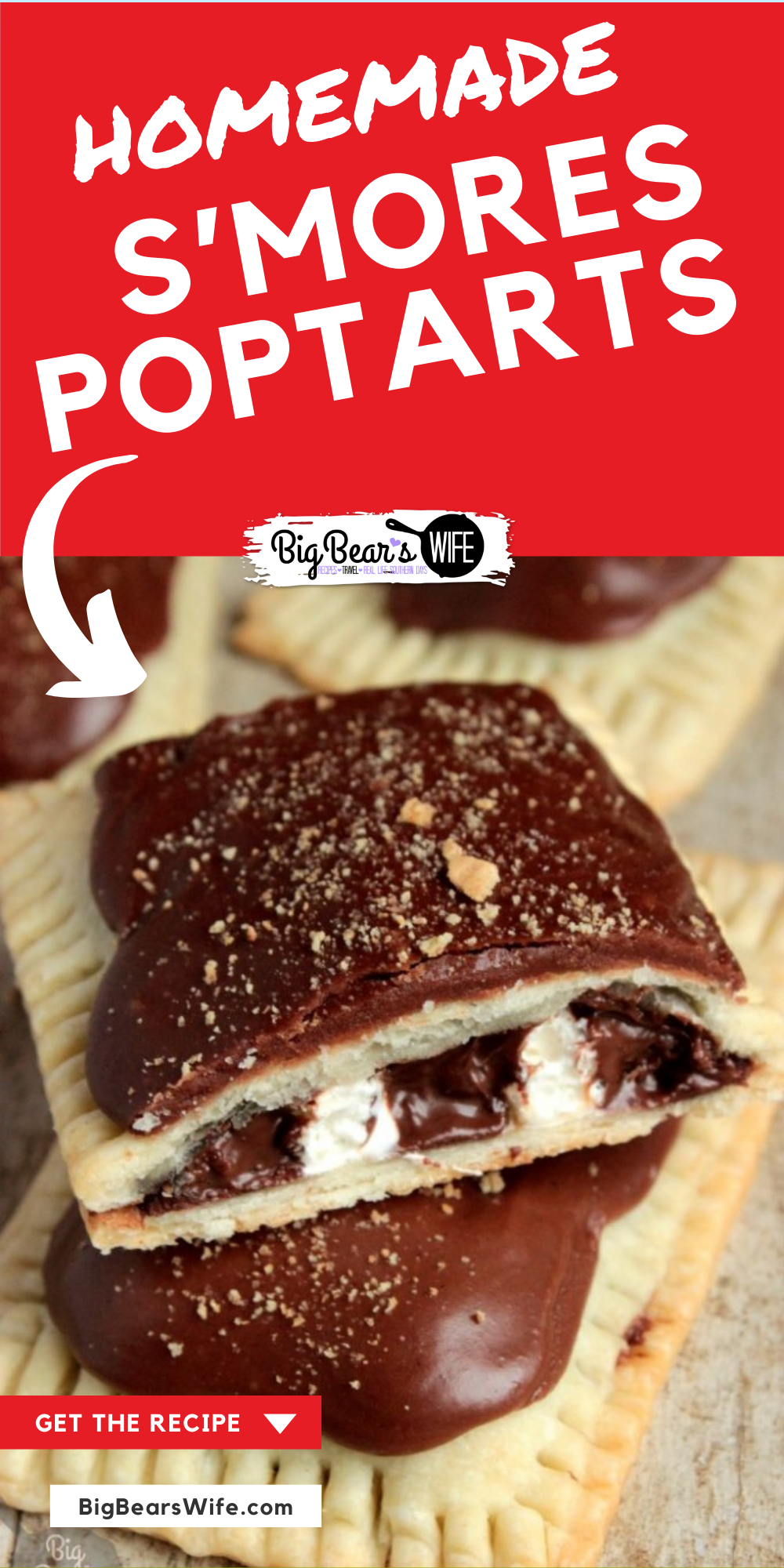 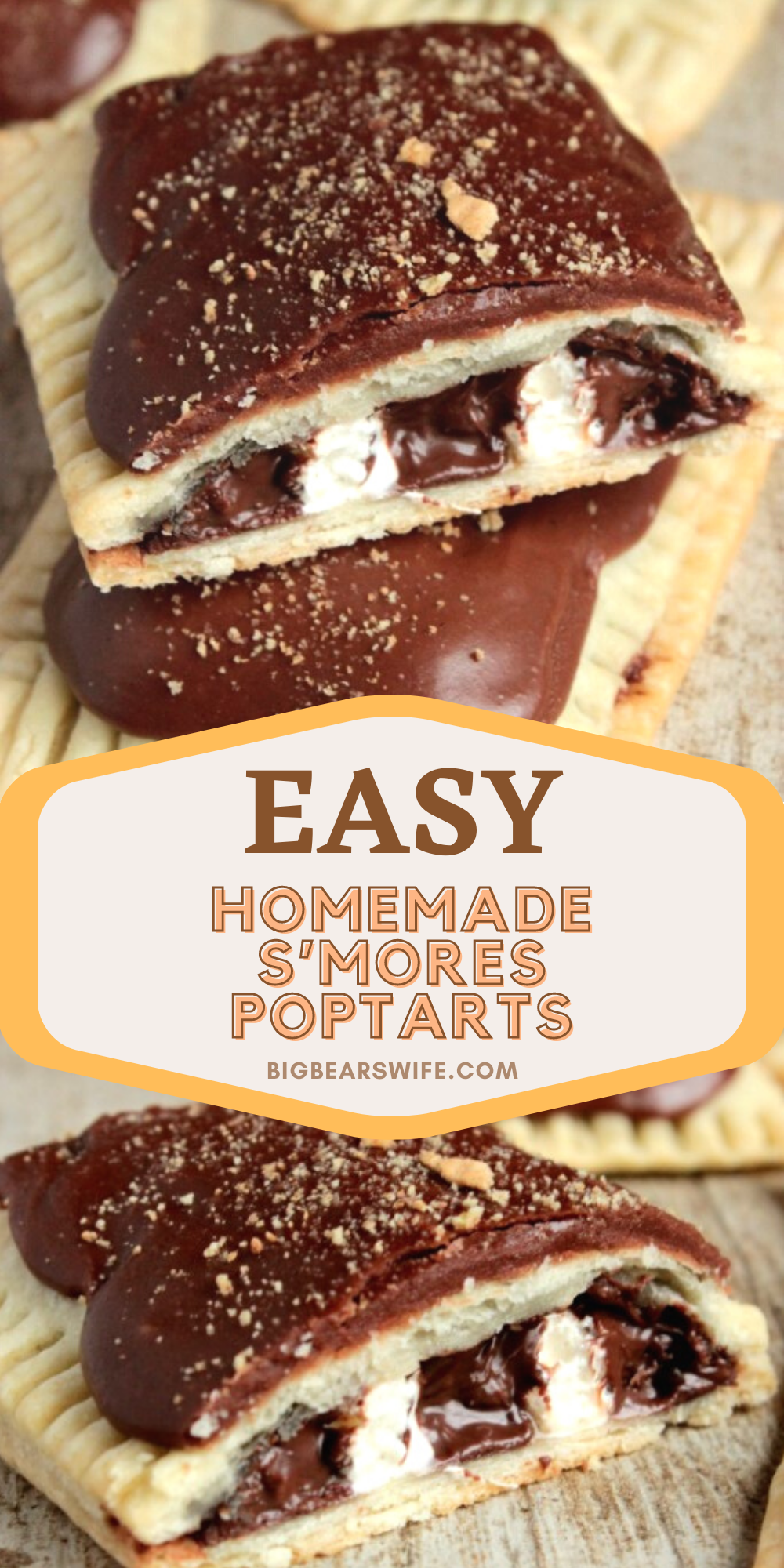 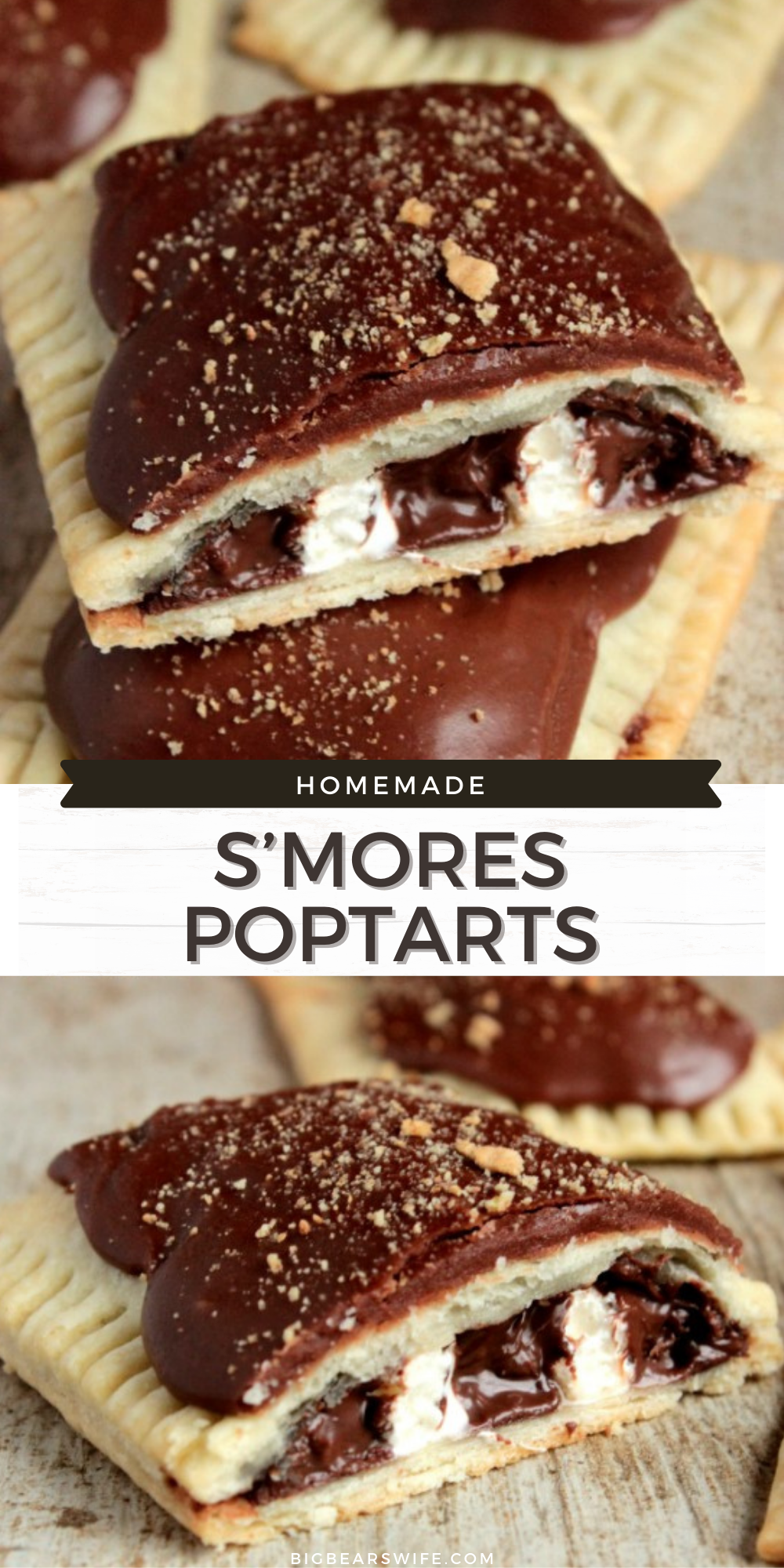 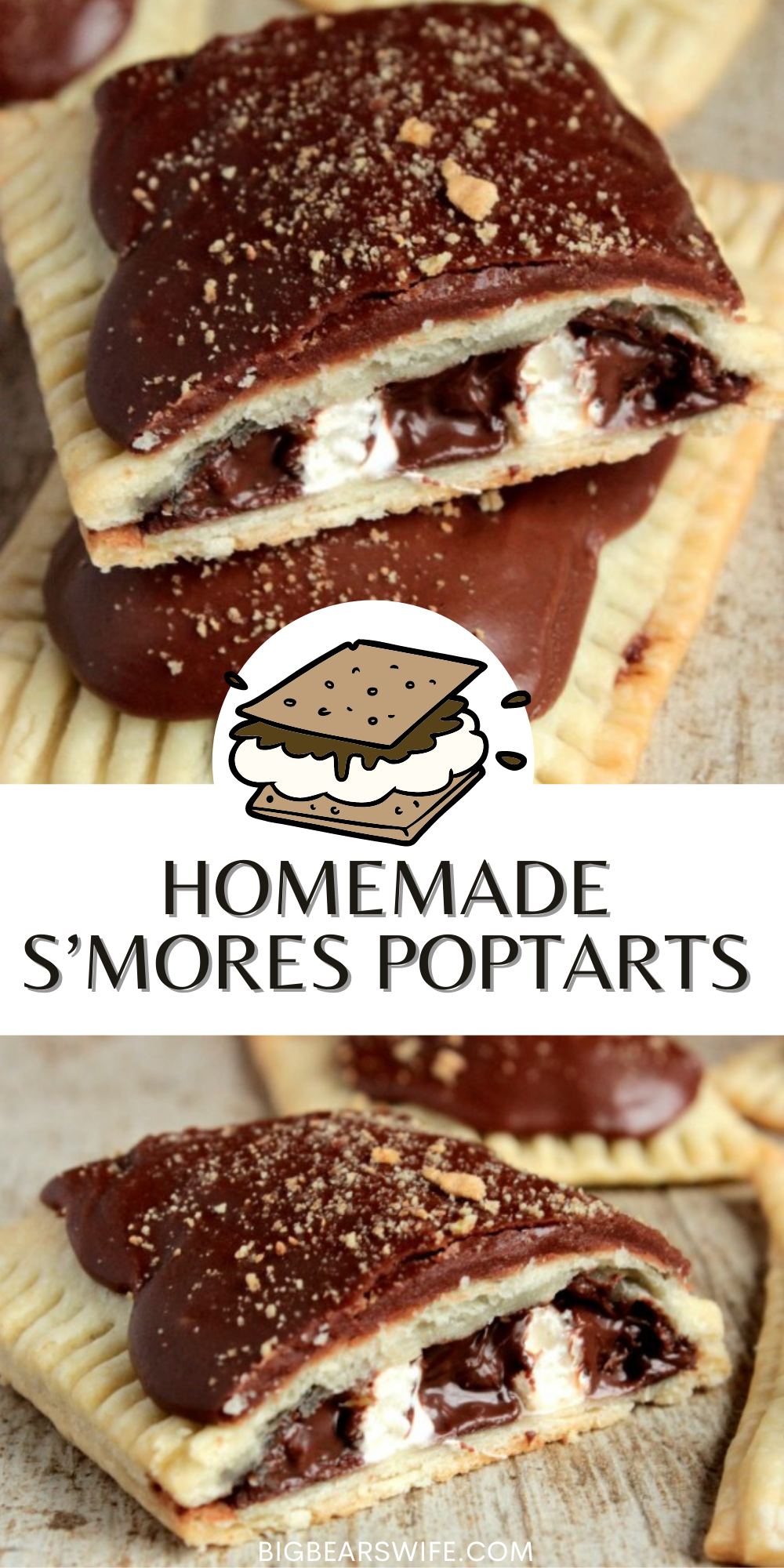 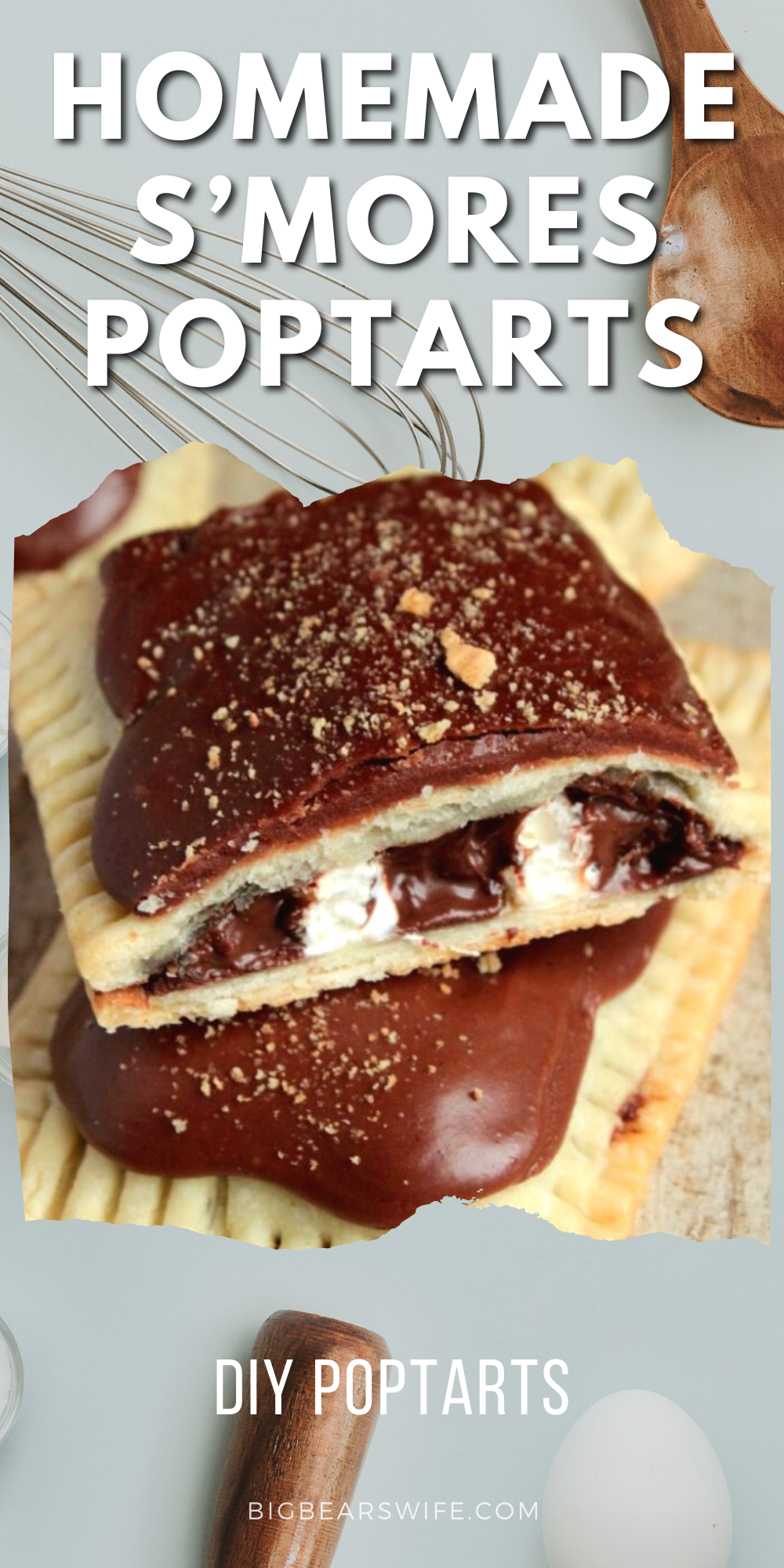 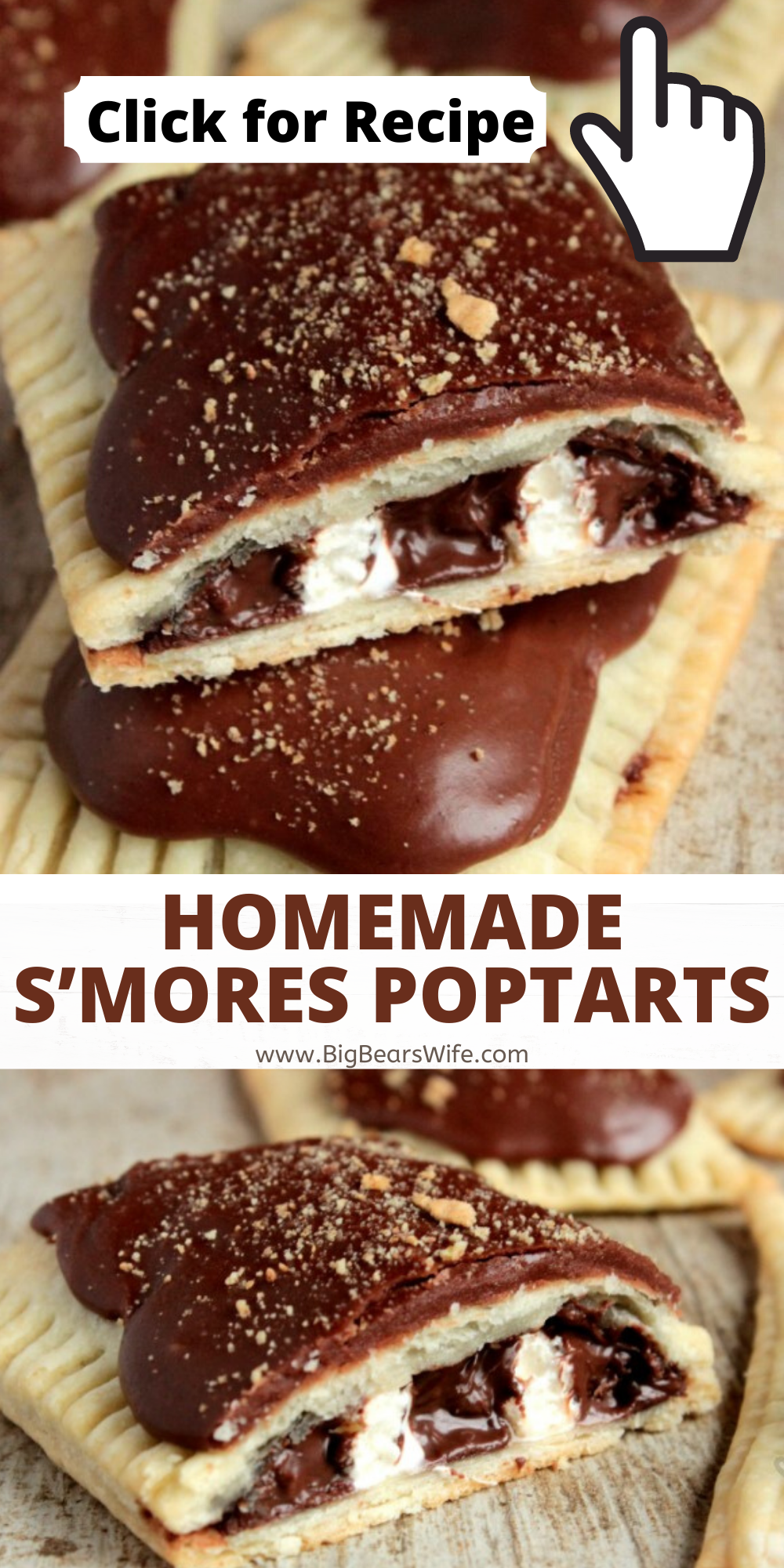 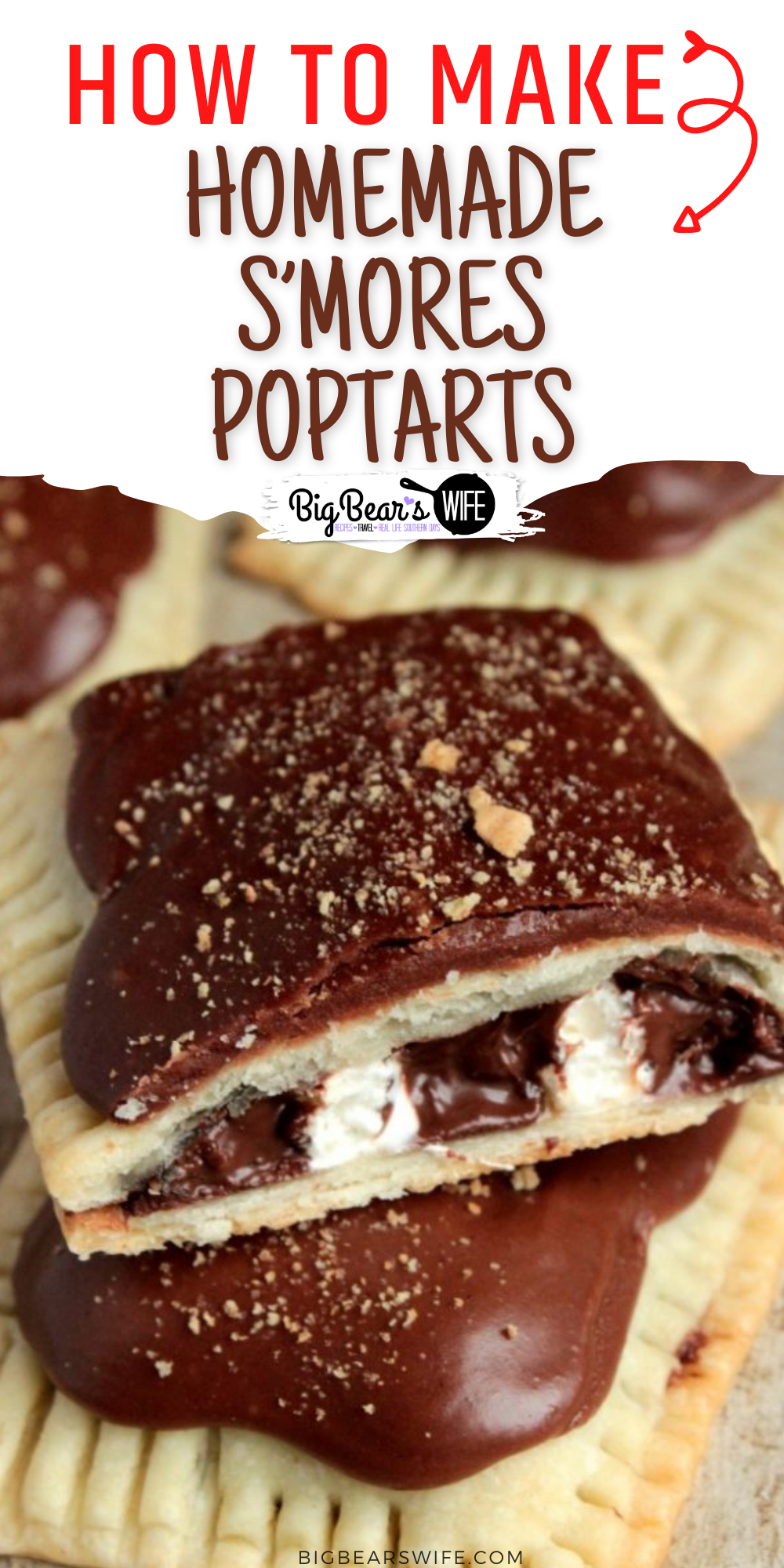 Love the S’more Poptarts that you buy at the store? If you love those, you’re going to fall head over heels for these Homemade S’mores Poptarts! Plus they have so much more filling than the store bought ones! 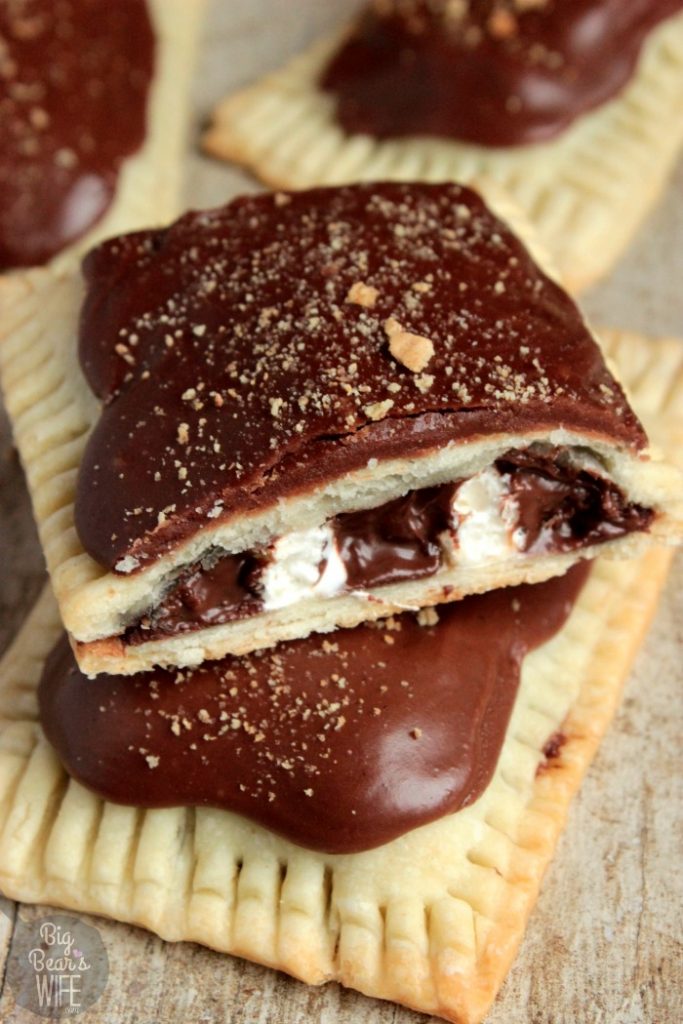 When I think of breakfast as a kid I don’t picture peaceful weekend mornings helping my mom or grandmother in the kitchen. I don’t have memories of anyone teaching my how to make the perfect buttermilk biscuit or how to make the amazing pancakes from scratch.

I have memories of cereal, poptarts and Saturday morning cartoons before running outside to play and ride bikes. 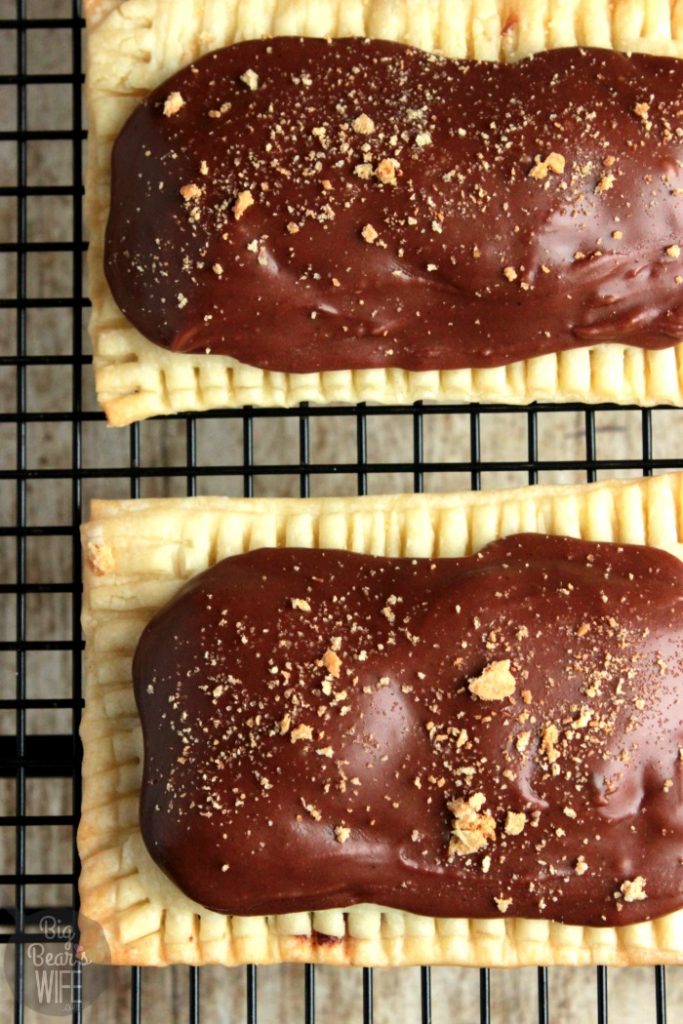 I had two favorite flavors of poptarts when I was growing up. I loved the chocolate fudge poptarts and the strawberry ones. I could have lived off of those when I was little. Later on in life I fell in love with S’mores Poptarts!

I mean you already know that I have a love affair with s’mores. 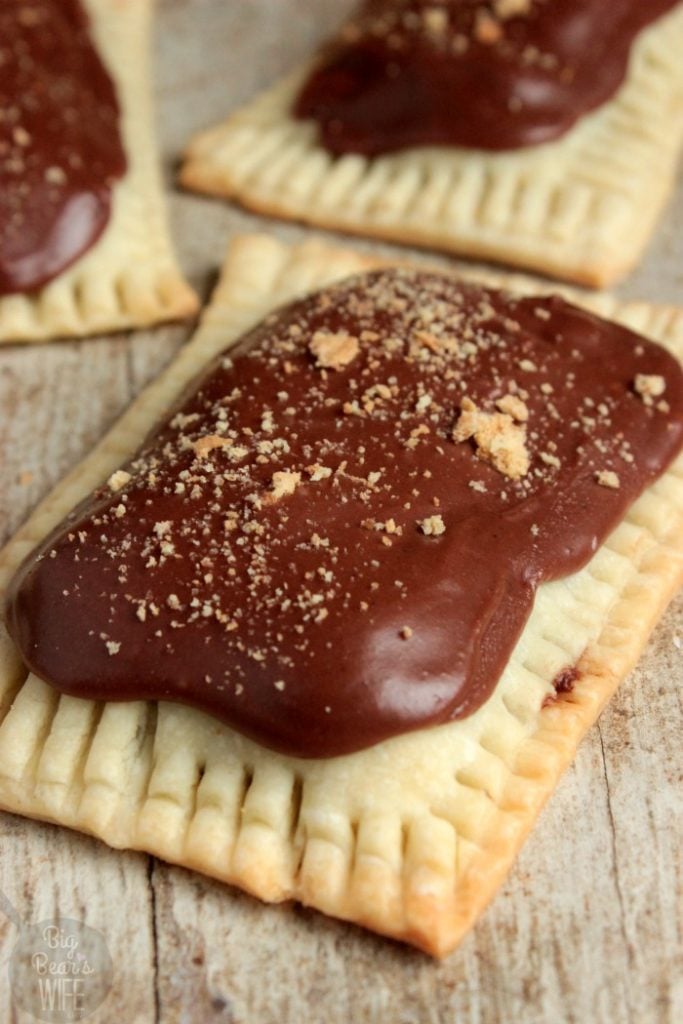 I haven’t bought boxed poptarts in forever but oh how I miss them. I mean I’m not 100% against boxed poptarts at all! I love them, I just can’t control myself around them so I kind of have to keep them out of the house as much as I can.

I don’t trust myself around them.

Frankly I don’t trust myself around these Homemade S’mores Poptarts either! haha They’re so good and I dare say that I might love them even more than my beloved boxed s’more poptarts. 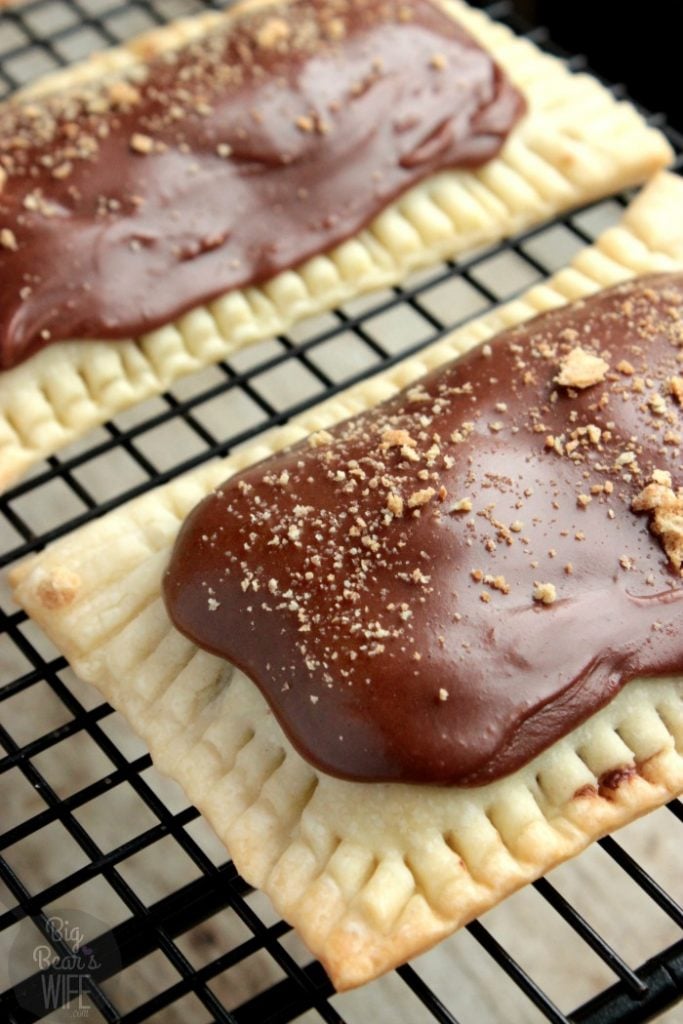 Thankfully Thomas loves them just as much as I do (or more) so he’s working on eating them all up for me before I can snack on them. 😉

Want to make these completely from scratch? You can do that too!

You’d just have to make your own  marshmallow fluff and chocolate spread.

You could totally make your own pie dough if you wanted to but I’m ok with store bought! They’re easy to make but not as easy as opening a box of poptarts so at least I don’t have to worry about them being in the house toooo often. 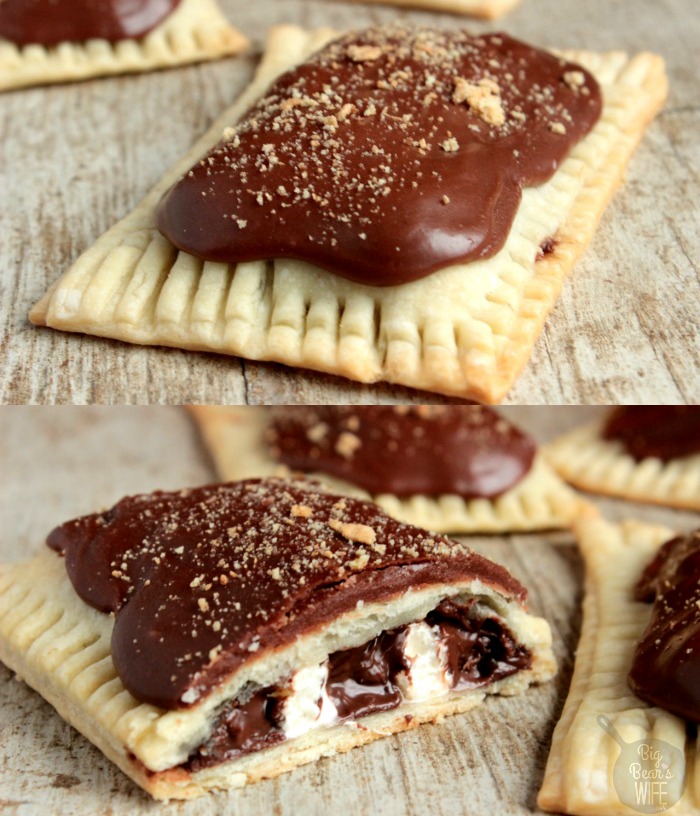