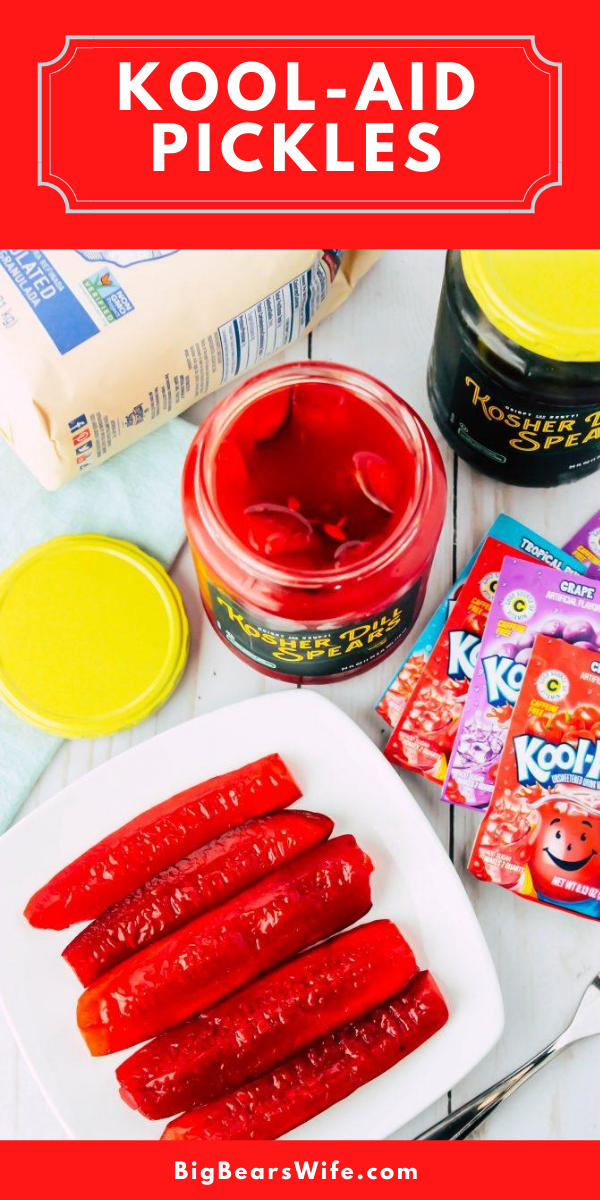 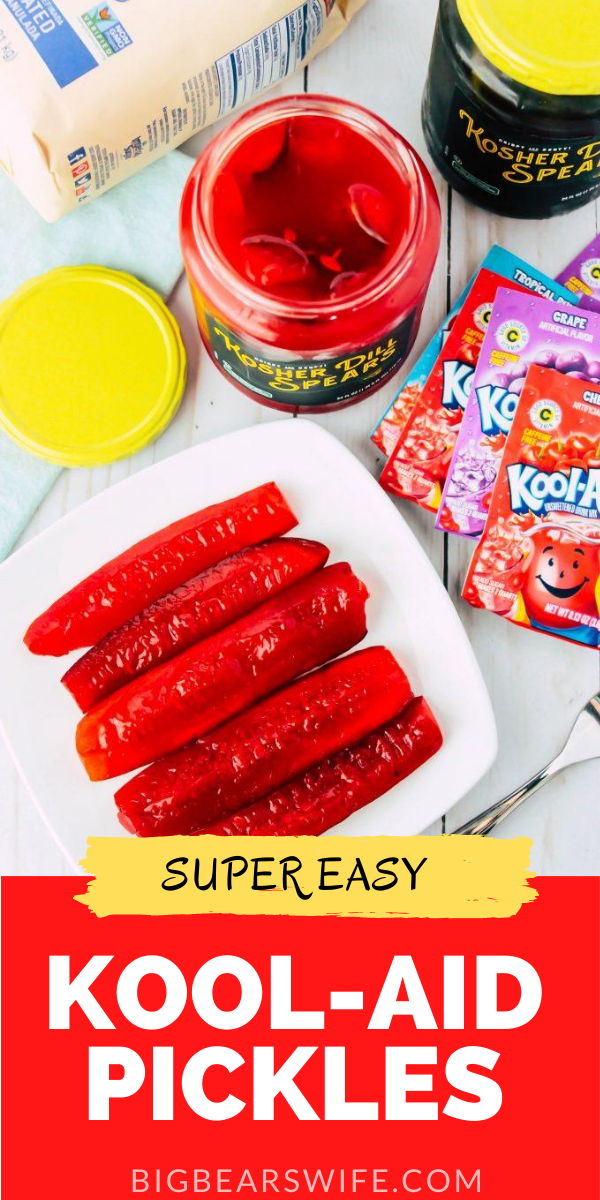 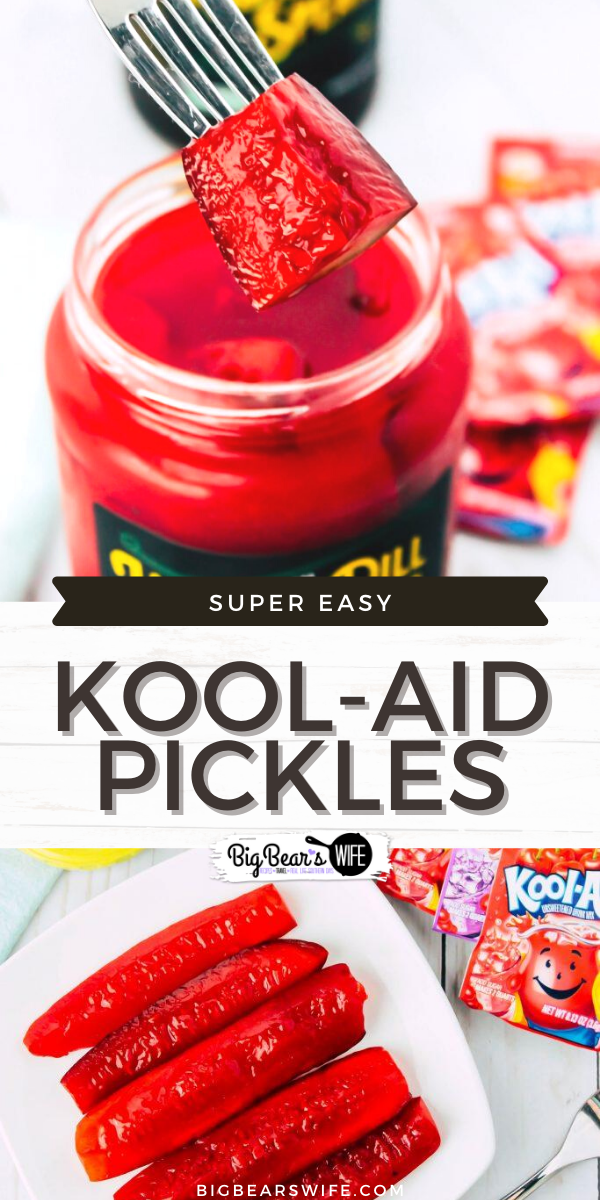 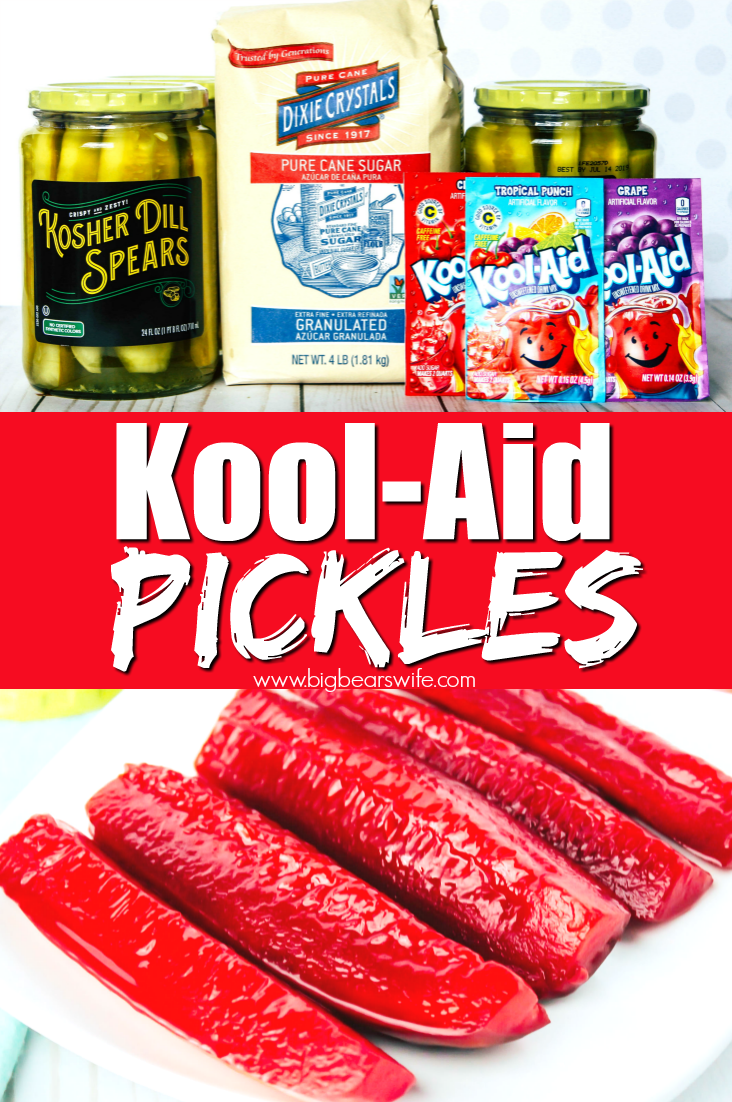 Ready for a great sweet and tangy treat to make the kids this summer? These Kool-aid pickles are fun to make and just as fun to eat!

Kool-Aid Pickles have been around the south for a while now. I don’t know when these actually became a thing but I’ve found articles online going back to at least 2007!

However, I know people were dipping pickles into Kool-aid powder WAY BEFORE that!

While I’m guessing that these Southern Kool-Aid Pickles are going to be a bit more popular with the kids that adults, they’re still a fun sweet and tangy treat to make at home!

As y’all know, I work with Dixie Crystals twice a months to share amazing dessert recipes with y’all. Well, this month they asked me to make this classic southern treat that involves soaking some pickles using Kool-Aid and I jumped at the chance! My mom loves Kool-Aid and not long ago we were talking about these pickles while we were on vacation in Tennessee.

You only need a few items for Kool-Aid Pickles.

How to make Kool-Aid Pickles:

The Cherry Kool-Aid and the Tropical Punch Kool-Aid came out super red.

These sweet and super tangy!

I told Thomas that the Purple Kool-Aid Pickles look like “rotten pickles” and that they would be perfect for Halloween haha.

Just picture those blackish Kool-Aid Pickles out on the table with some “Eye Ball” deviled eggs at your Halloween party! Those would be perfect!

Give them a try and let me know what you think!

I think the Topical ones were my favorite but I can only handle about half of one. haha

Have you had these pickles before? Have you tried to make them at home? I’d love to hear about your experience with making them and what flavors you decided to try out when you made them.

Are KOOL AID PICKLES and KOOLICKLES the same thing?

Where did Kool Aid pickles come from?

Kool-Aid pickles started in the Delta region of Mississippi! Now they’re made all over the south!