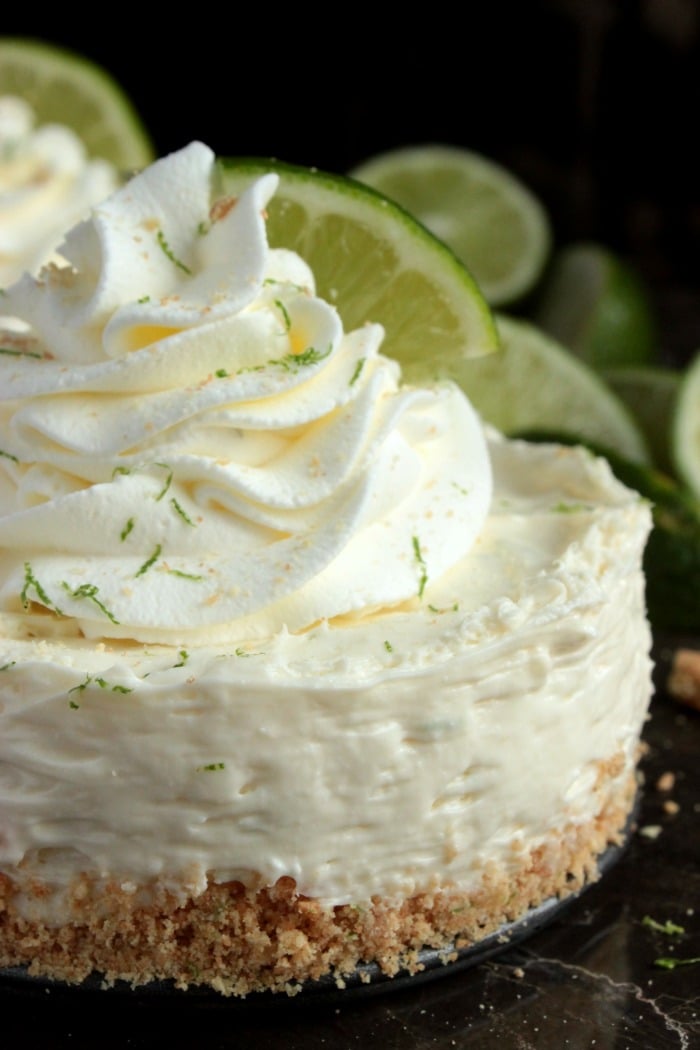 One of the only good things my high-school boyfriend did for me was make me fall in love with key lime pie. Ok that was mean, I suppose he did a few other good things for me like take me to prom and drag himself to my graduation but I’m pretty sure that the best thing I got out of that relationship was my love of key lime pie….and a trip to Cancun.

As you can tell, my high school boyfriend left me with a bad taste in my mouth….as well as a broken heart, self esteem issues and serious depression haha but that’s another story for another day. What we’re focusing on right now is that love of Key Lime that was brought to my attention while I was half way through high school. 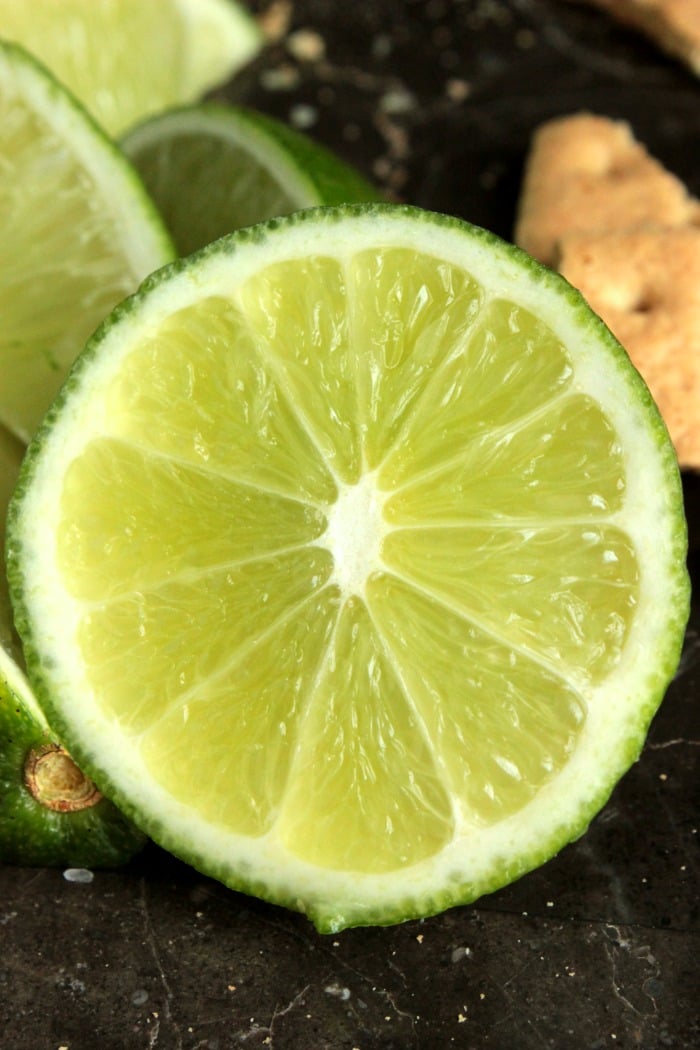 I remember the first time my high school boyfriend made key lime pie. We went to Harris-Teeter back when we still had one of those and I followed him around while he picked out what he needed.

We hadn’t been dating very long as this point and I was super impressed that he knew how to make key lime pie and shop at the grocery store haha. At this point in my life, I didn’t even know how to make pies, I had rarely if ever been to the grocery store alone and I sure as hell had never had key lime anything. However, I didn’t want to admit that to him and I acted like key lime pie was the best thing since sliced bread haha.

Shhh don’t tell anyone that I admitted that, 16 year old me would be so embarrassed that I told you. 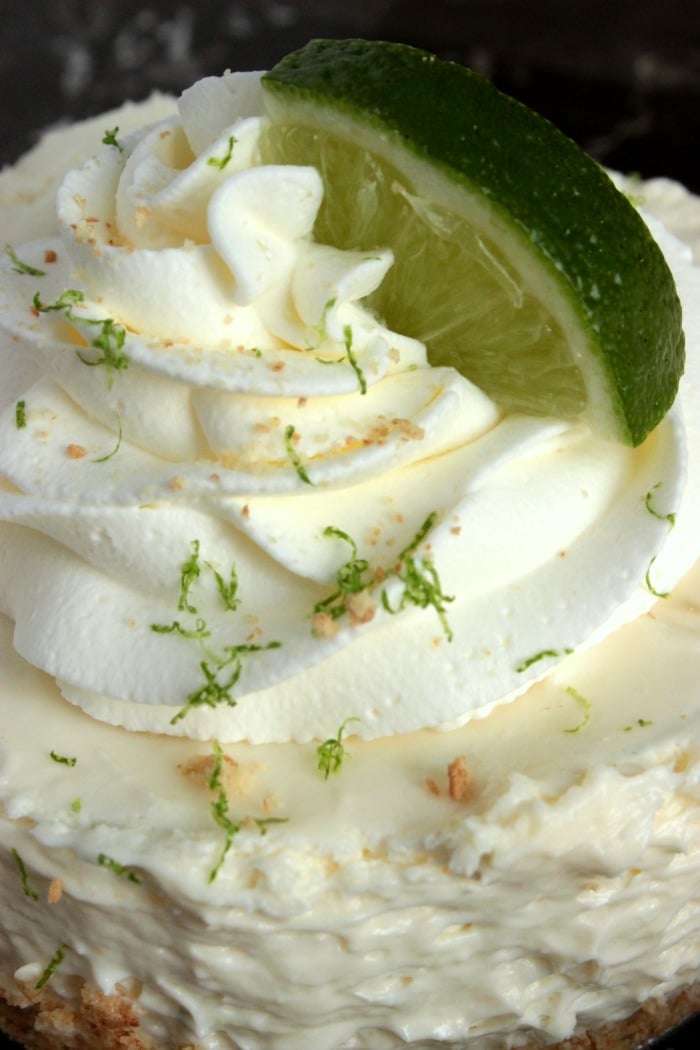 So key limes….where to find these little rascals? Well I can’t help you with that because all I can find around here are regular limes.  I can’t begin to tell you how disappointed I was when I couldn’t find any and was stuck with just regular limes.

Then I remembered that there was a key lime juice that you could buy if you wanted to make key lime pies! Well, I wasn’t really making a pie, I was working on a cheesecake recipe but that’s not the point. Soon I was on the search for key lime juice and found it in the oddest place ever.

Ok, well maybe it wasn’t the oddest place ever but it wasn’t in the baking section where I thought it would be. 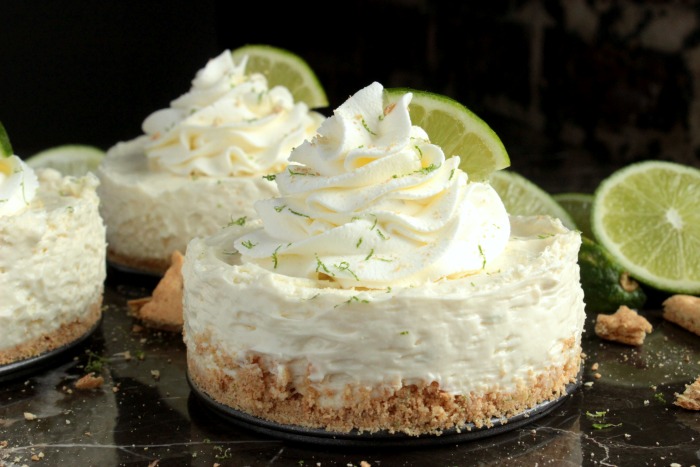 It was in the drink mixing section where the margarita mix was haha.

I only happened to see this because I was over there looking for margarita salt for the beer-ritas that I made a week or so ago.

So I found the Nellie & Joe’s: Key West Lime Juice – which I KNOW says Key West Lime instead of Key Lime – look I’m ok with that. I think it taste pretty much the same as the key lime pies and cheesecakes I’ve had in Miami and places that actually have access to key limes. 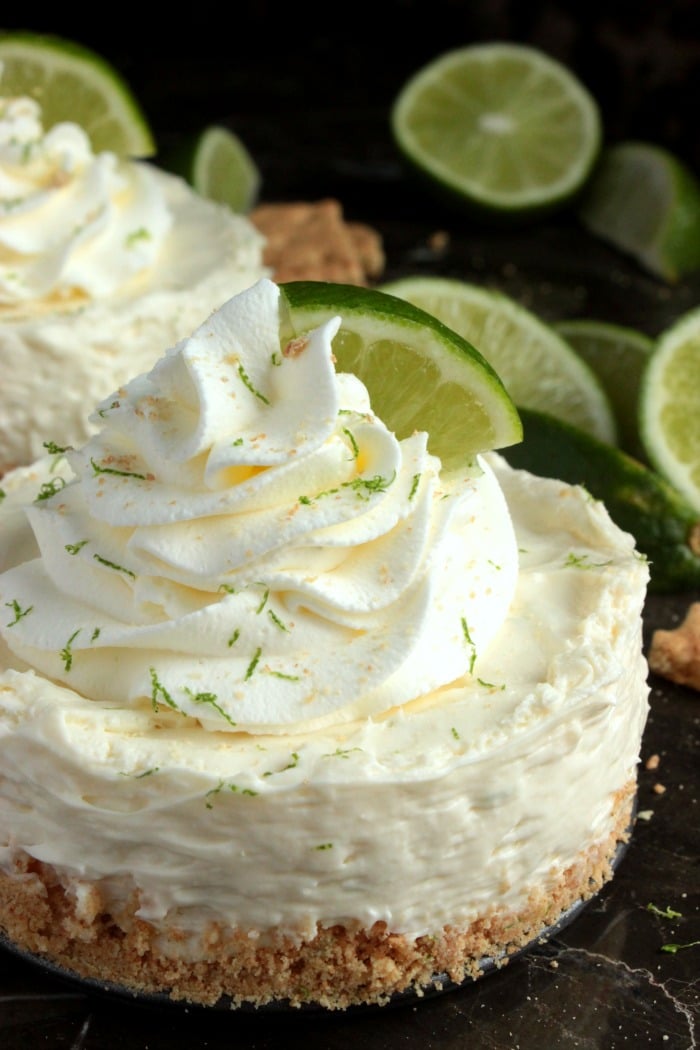 However if you can find real key limes and want to use those I did check on the website for the juice I used and it says “One-two tablespoons of our juice are equivalent one key lime.”

Oh, also, just so you know…. um that key lime juice place doesn’t even know I really exist I just wanted to show you what brand I used.

You’re going to need a few key limes or regular limes for zest for this recipe but to be honest, I just used regular limes for the zest part….no one’s going to notice anyways and if they say something just take their cheesecake away and holler “NO CHEESECAKE FOR YOU!” and things will be fine. 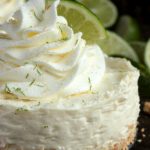 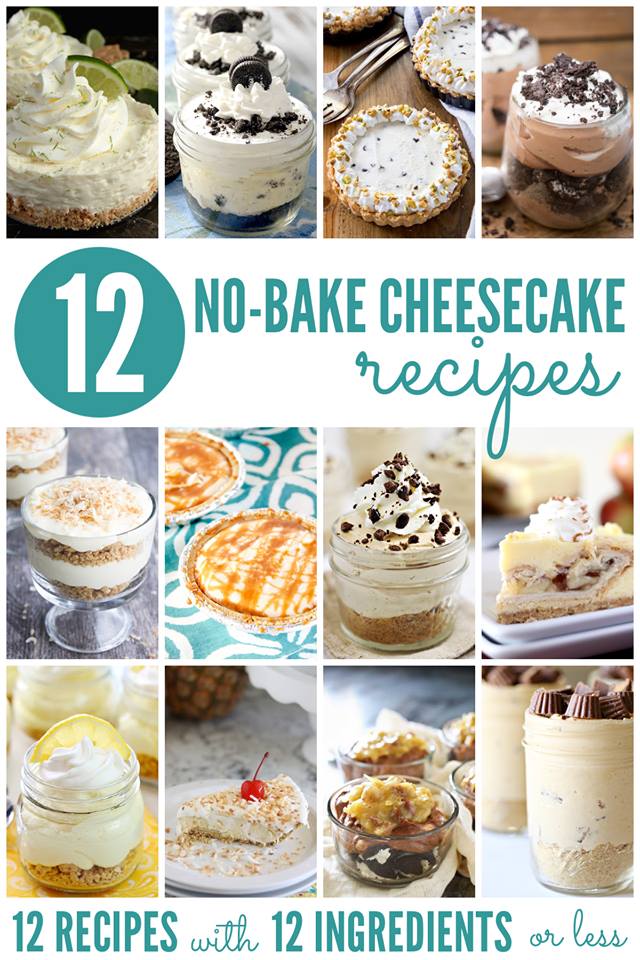 #12bloggers is all about no bake cheesecakes!! You’ve got to see all of these recipes!