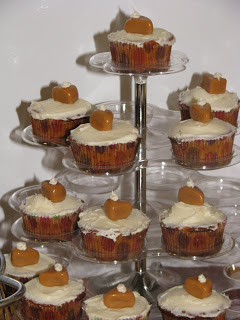 I saw these cute cupcake toppers over at CakeCentral.com a while ago. I printed it out and stuffed it away into my binder of “Must Try’s” and forgot about it.

Until about a week before Thanksgiving my sister-in-law sent me the link 🙂 and I remembered them! So I pulled my instructions out…. and well…. lets just say that they were suppose to be made from fondant. Yucky.

So. Since I was in a hurry (as in I had not planned on doing them, until the morning of thanksgiving haha)

I made them from Caramels. 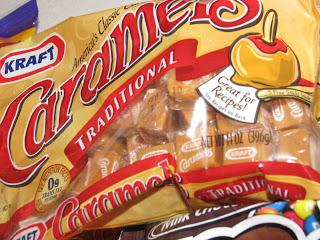 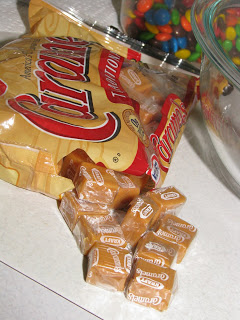 I had a bag of the square Caramels that were intended for a different dessert that I had decided against… so Voila!

Mine are nowhere as adorable as the ones from cake central, but I was pretty pleased with my 10 minute cupcake toppers 🙂

I Made each Caramel “Pie” one at a time to make sure not to burn them.

Place in microwave for about 10 second. It should be soft and easy to mold with your fingers but not melted.

Roll the caramels into a ball, and use your fingers to shape into a triangle (The Pumpkin Pie Shape)

For the “Whipped Cream” I fitted a piping bag with a #3 Tip and just Used Canned White Icing for the Swirl. 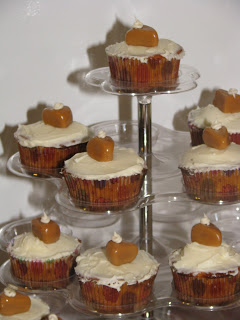 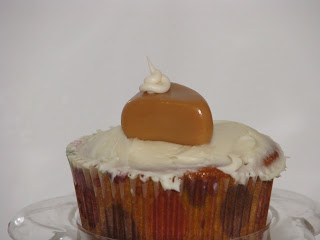