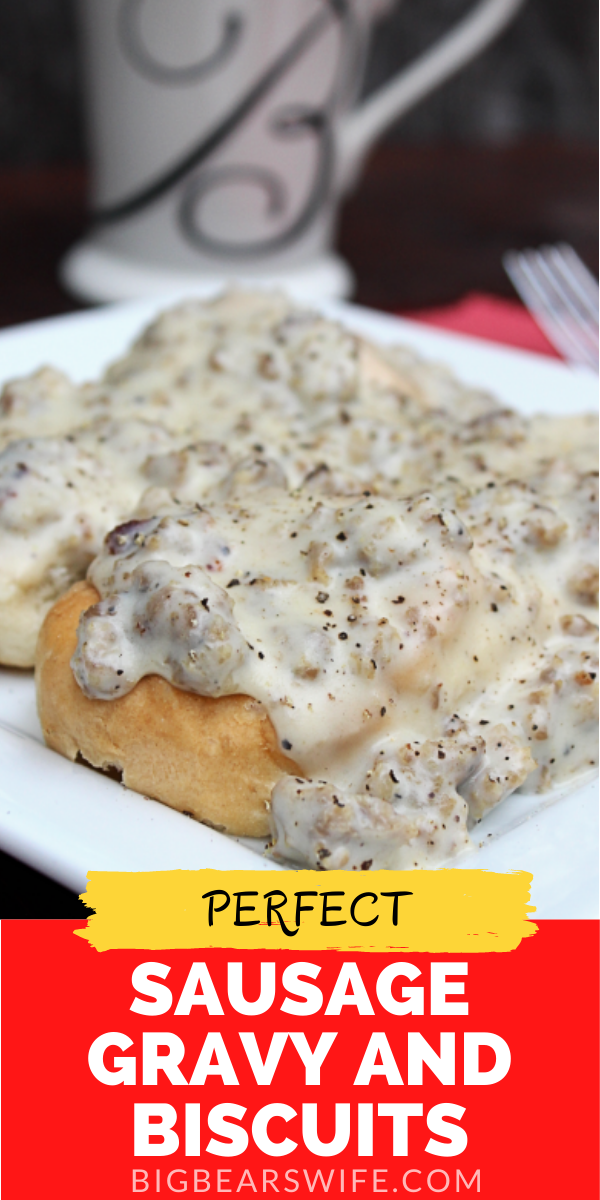 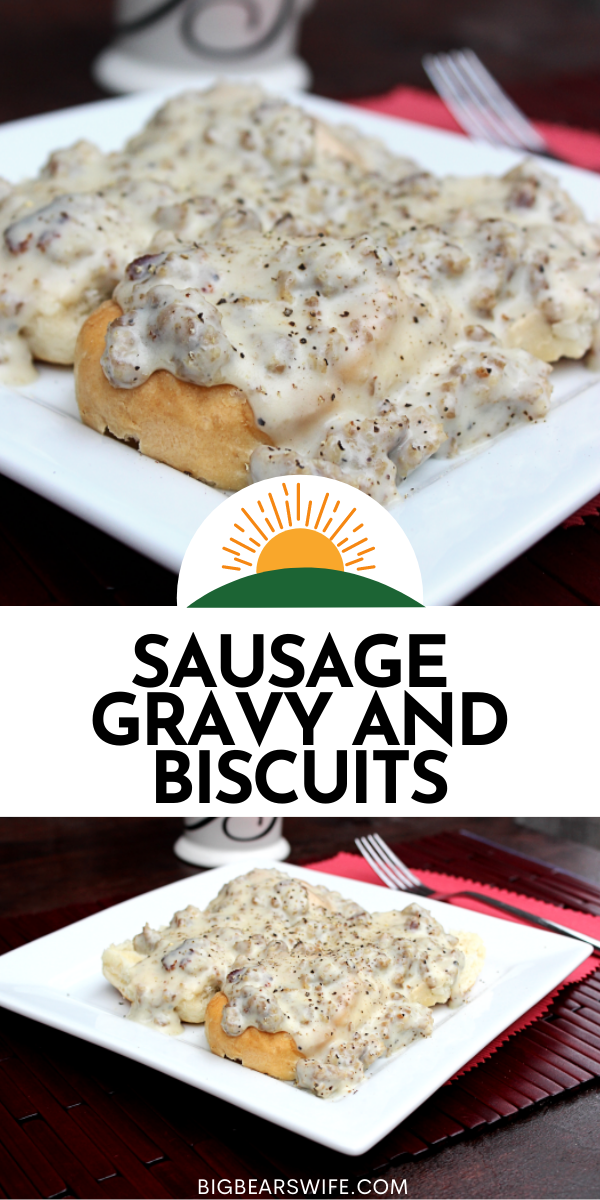 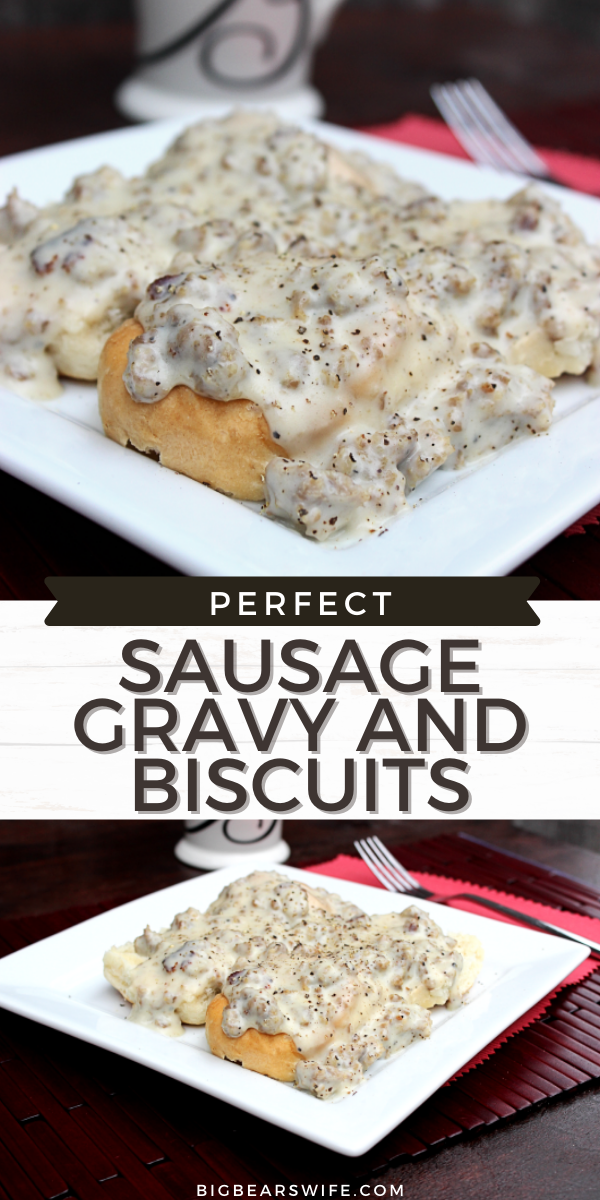 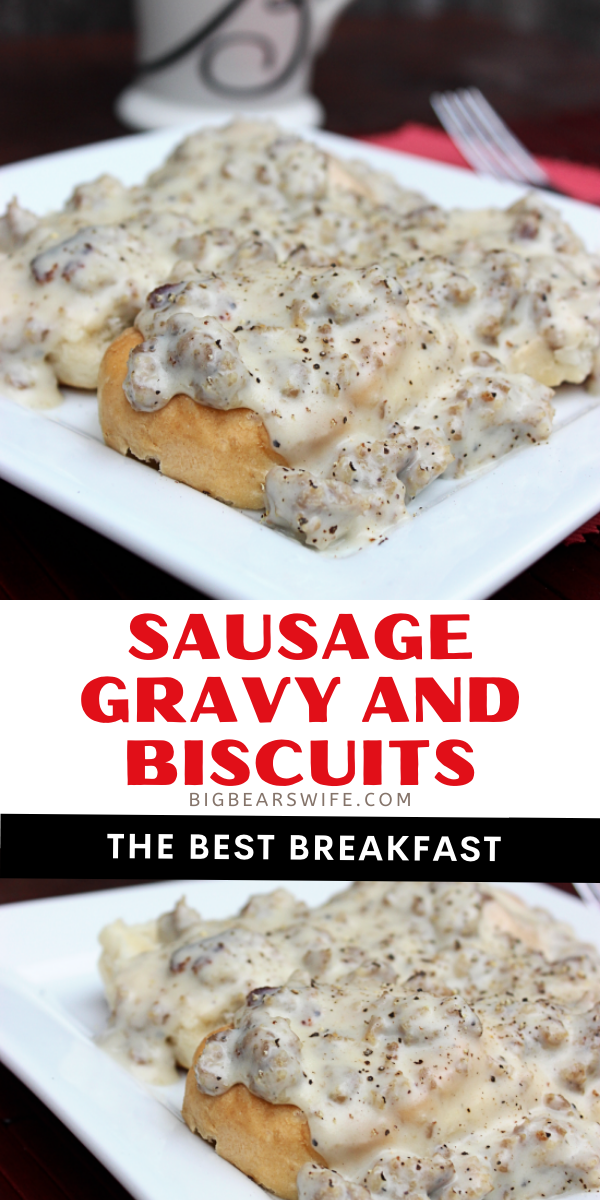 He never did bottle it up and sell it but we did get to enjoy almost every time we went up to Nana and Papa’s to spend the night. I wish I had been into collecting recipes when he was around, because his recipe for this would have been an amazing one to get him to put on paper.

When BigBear and I got married, we’d visit home on the weekends once in a while and normally made a stop at his parent’s house for breakfast. The first time my father in law made Sausage Gravy and Biscuits I was in heaven. It took me straight back to my grandpa’s kitchen.

From that point on, anytime we had plans to head to their house for breakfast, before BigBear could even ask, his dad would say, “….and yes, Sausage Gravy and Biscuits for Angie.” 🙂

After a little while of practicing, BigBear has mastered this amazing southern recipe!

Well at least I think he has! When I told him that he finally had gotten it to be just like his dad’s, he smiled and knew he had it perfect. 🙂  This is probably my #1 comfort food when it comes to breakfast. But it is a special treat, personally I would eat it everyday………. but since hubby makes it, I only get it on the weekends and then, it’s still like random. I should make it a mandatory Sunday morning breakfast! haha

What you need for Sausage Gravy and Biscuits: 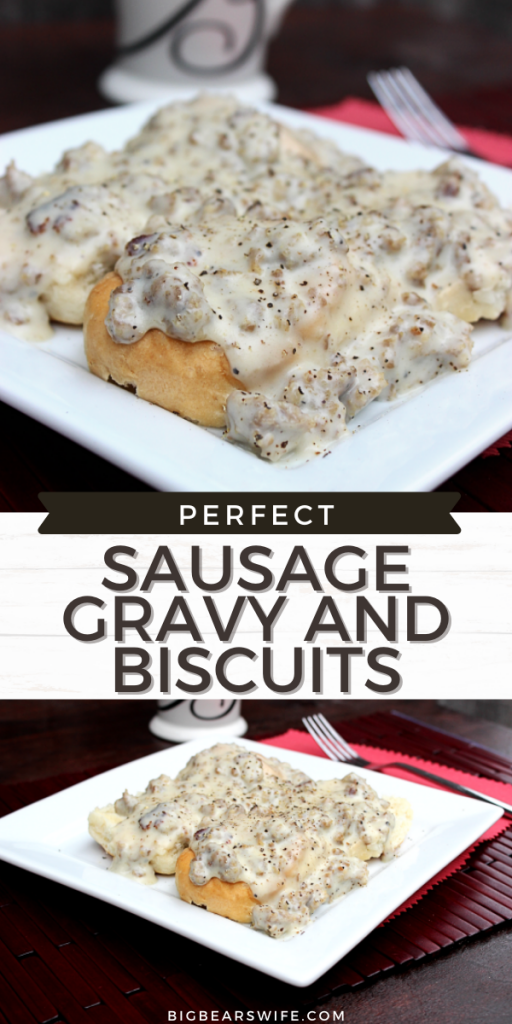