Home » Travel » Staying in a Colonial House in Colonial Williamsburg 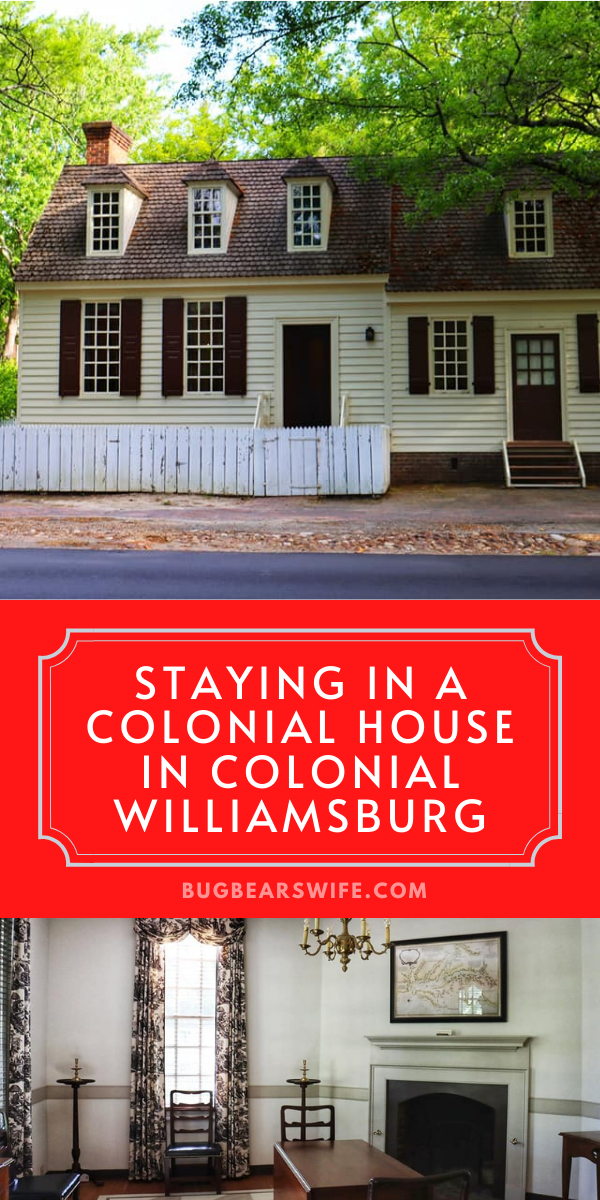 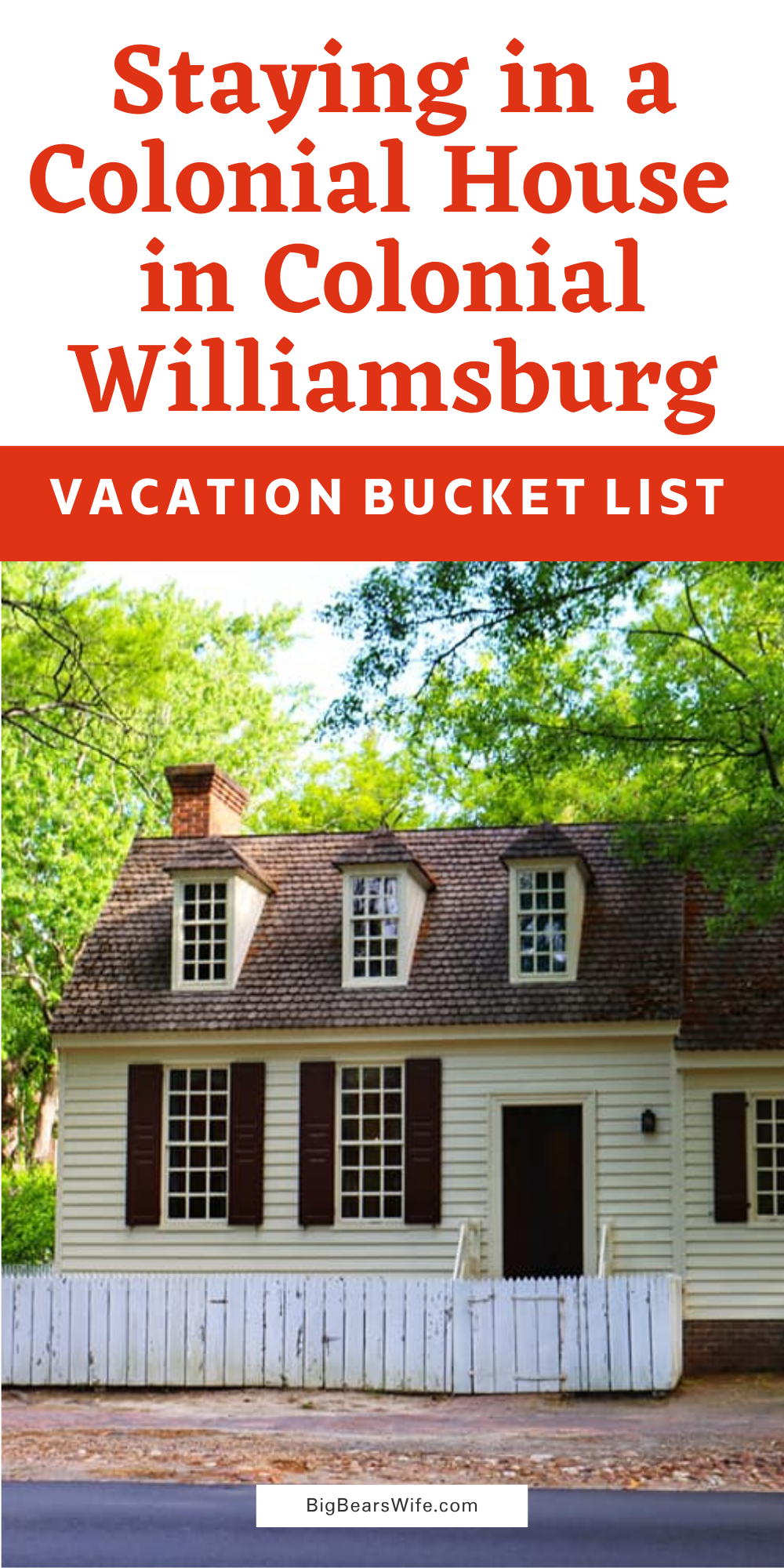 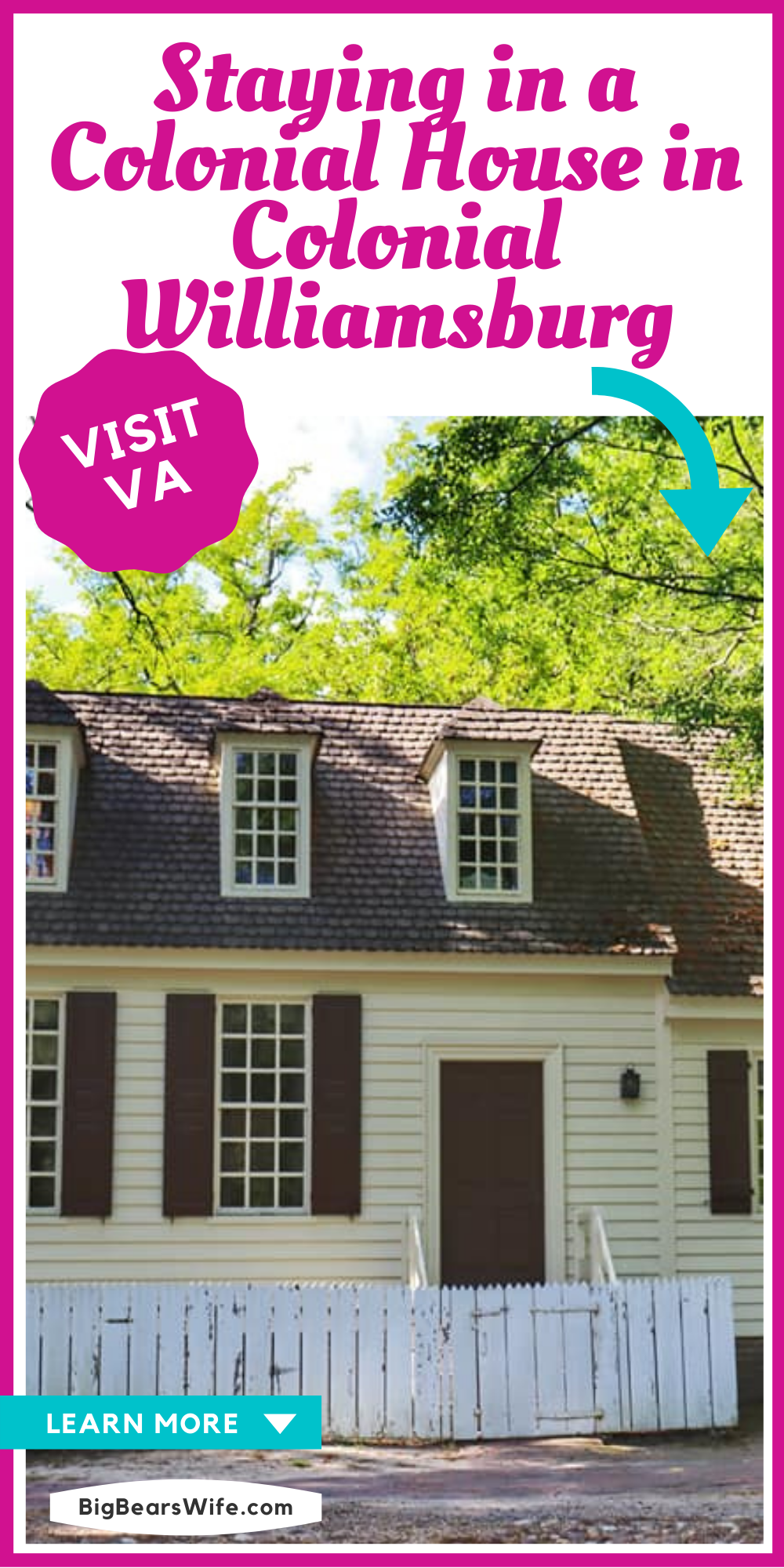 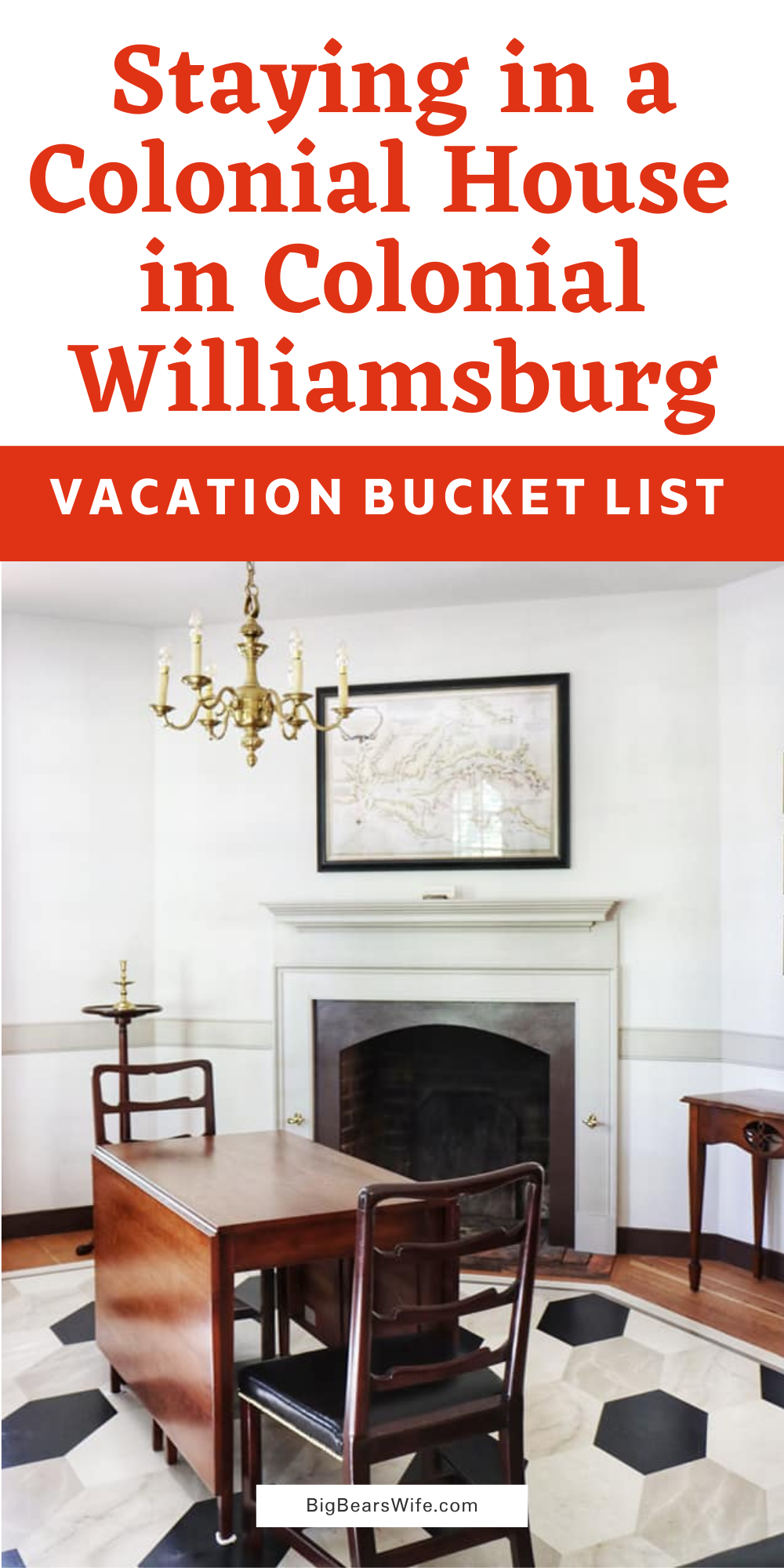 It was beautiful and I want to share with y’all what we liked and a few things we didn’t like when from our experience of staying in a Colonial House in Colonial Williamsburg.

The History of Colonial Houses in Colonial Williamsburg

If you are into history, you’ve got to put “Stay at a Colonial House in Colonial Williamsburg” on your travel bucket list. I love history and the 1600s, 1700s, & 1800s are high on my interest list when it comes to it.

Since Colonial Williamsburg is a living history museum about the 18th-century, I find almost everything about it fascinating. From the clothes, to the buildings to the food, it really makes you feel like you can step back in time and see how things played out in the 1700s.

While the Williamsburg website has lots of houses to choose from, we went with the George Jackson House because of the amount of people we had with us and because Jackson is also my son’s name!

The George Jackson house is located on York Street on the far end of Colonial Williamsburg behind the courthouse.

This home/land was owned by Benjamin Waller but then George Jackson bought the property around 1773 and he had a shop attached to the house on the right side. Jackson risked his life during the American Revolution by chartering a ship and running gunpowder from Bermuda for the American troops.

The house is 1380  ft2 and can easily accommodate 4 adults and 2 children.

The Outside of the George Jackson House

There isn’t much of any yard in the front of the house but there is a beautiful field across the street that was full of horses and sheep while we were there.

Our toddler loved going across the street with us in the mornings to say good morning to the sheep that were nestled under the trees.

The back of the house was absolutely lovely because there was a huge garden and a cute little sitting area. We had a great time playing in the backyard with our son and loved the gate around the property.

The garden in the backyard was also beautiful.

The Inside of the George Jackson House

The inside of the George Jackson House was decorated with colonial designs with modern touches.

The rooms like the dinning room and bedrooms looks very in touch with the colonial era but the bathrooms and kitchen were updated for the modern world.

We loved the dinning room in the house. I thought that the black and white was just gorgeous. A think a few pops of color would have made it even prettier but I liked it. The table in the middle of the dinning room opens up and can seat about 6 people. We kept it open for the duration of our stay and just put it back down before we checked out. It was pretty easy to set up. It was a great spot for us to gather for breakfast and dinner.

The lower bedroom was bigger than the upstairs bedroom and had a living room connected to it. This bedroom had high ceilings, lots of room to move around in and the A/C worked great in this room. We gave this room to my parents since it was downstairs.

There was a dress, TV and phone in the downstairs bedroom as well as the same upstairs.

The upstairs bedroom where my husband and I stayed with our son was much smaller. It had a slanted ceiling on both sides of the bed, which resulted in me banging my head at least twice when I got up in the middle of the night. I’m not sure how Thomas managed to go the entire weekend without knocking himself out because the angle of the ceiling because he is a foot taller than I am. haha

The upstairs room was still beautiful and I loved the blue and white patterns.

However, it was a much smaller bedroom and the A/C did not work upstairs so it got pretty hot up there in the evenings and at night.

Along with the small bedroom upstairs we did have a tiny bathroom and at private sitting room. My son claimed the sitting room as his play room while we were there to play cars and eat his snacks. 🙂

The room that I’m calling the main living room was downstairs and connected to the downstairs bedroom. There was a couch, a few chairs and a TV in this room. There is also a fireplace but guest are only allowed to use it when the temperature is below 50F.

We used this room for reading and evening TV while we were staying there.

There was also a kitchen in the George Jackson house but I forgot the take a photo.

The kitchen included a sink, stove, dishwasher, very small fridge, a freezer that did not work and cabinets for food storage. There were also plates, cups and silverware there for us to use.

Checking into a Colonial House in Colonial Williamsburg

The Williamsburg Inn is only about a 2-3 minute drive from the house. The Colonial houses are considered part of the Inn so while you aren’t actually staying in the Inn, you’ll come here to get your keys, to turn the keys back in and call the Inn if you need to make reservations or have housekeeping or other questions.

Parking for Staying in a Colonial House in Colonial Williamsburg

Parking for the colonial houses is found beside or behind each house. There was a large parking lot behind Christiana Campbell’s Tavern that butted up to our house so that is where we parked.

We were able to walk right into our back yard gate from that parking lot.

I really enjoyed staying in one of the Colonial House while we were visiting Colonial Williamsburg and I can’t wait to go back! I would love to stay in a different house next time just to see a new place.

I liked the privacy of the house, I didn’t have to worry about my son making too much noise and it was only about a 5 minutes walk to the main street, Duke of Gloucester Street.

What do you think?

Would you like staying in a colonial house or are you more of a hotel kind of person when traveling?

If you have any other questions, let me know!