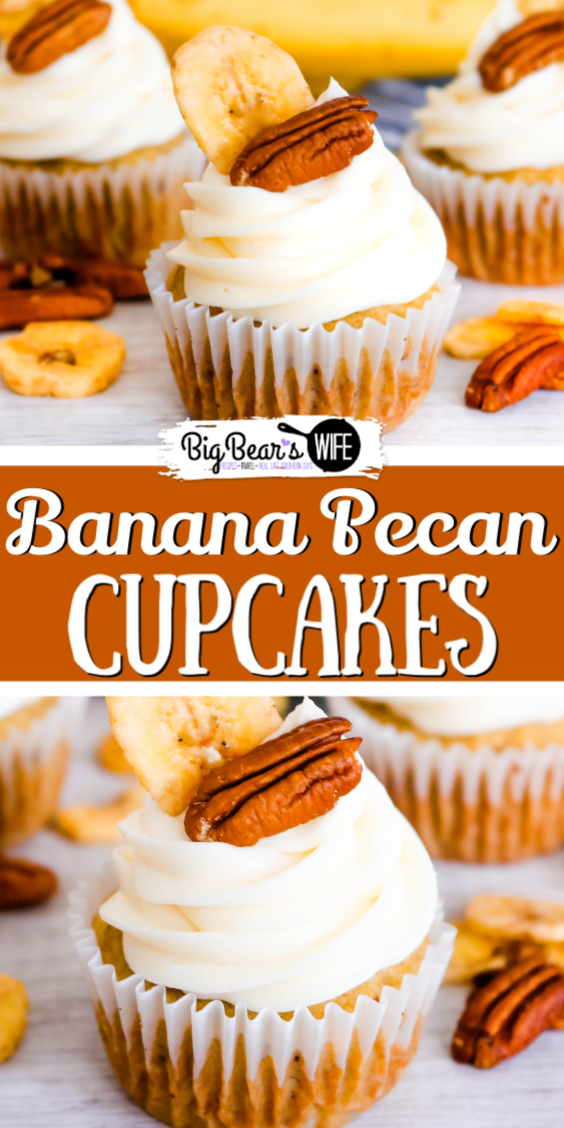 A batch of Banana Pecan Cupcakes would brighten any southern’s day, well actually they’d brighten anyone’s day! They are made from scratch with a super easy recipe and topped with a fantastic homemade cream cheese frosting! 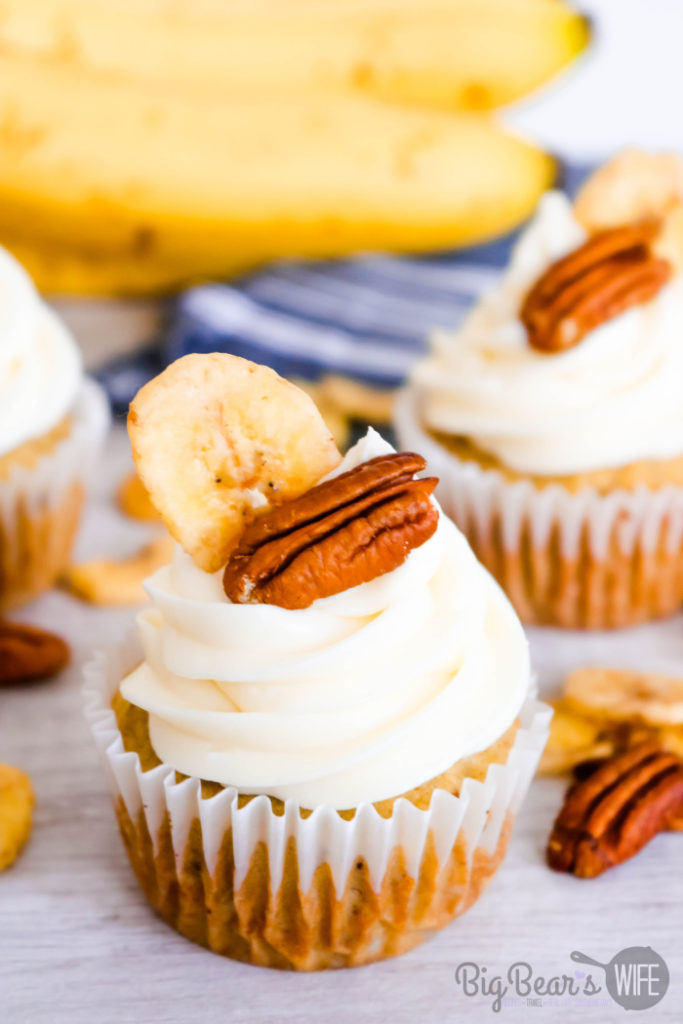 If you’re a fan of Southern recipes these Banana Pecan Cupcakes are for you.  A from scratch banana and pecan cupcake is topped with a delicious homemade cream cheese frosting to create a perfect southern dessert. I love to top them with dried banana chips and pecans to let everyone know what flavor they are! I also really like to top desserts with nuts in them with the pecan (or whatever nut is in them) in case anyone at a party is allergic they’ll know to stay clear of them.

What do I need for Banana Pecan Cupcakes: 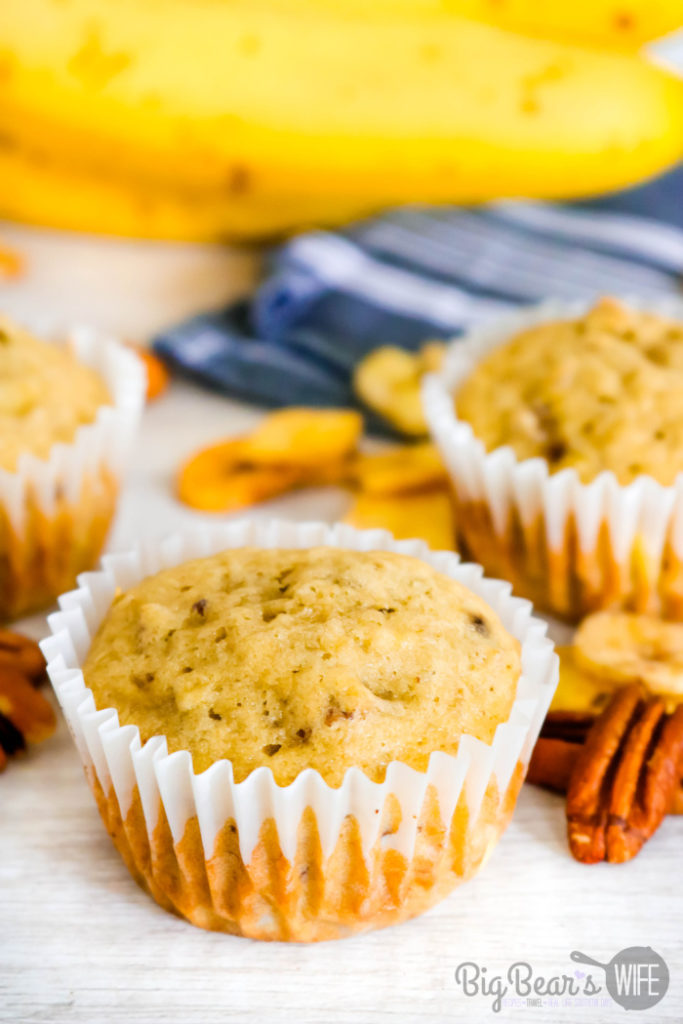 What do I need for the frosting for Banana Pecan Cupcakes:

You’ll also need banana chips and pecan halves if you want to garnish them like the photos in this post.

Like I’ve said before, I think it’s a good idea to garnish some desserts with what’s in them to let people know what flavor they are (and if they contain nuts!) Of course you don’t have to. 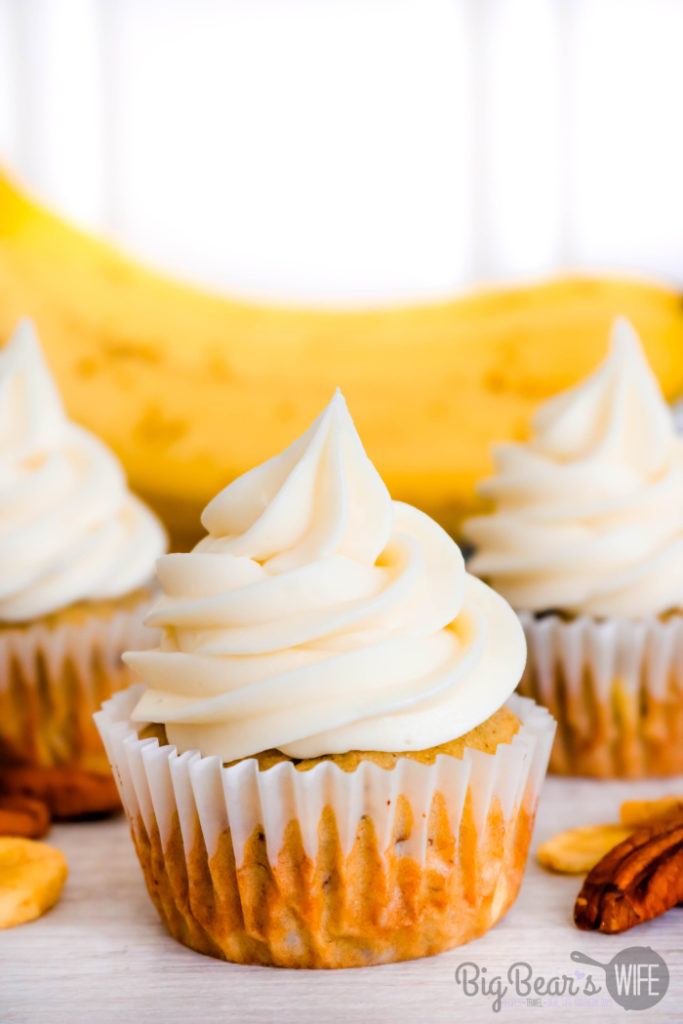 What piping tip should I use for these cupcakes?

I almost always use a M! large star tip when I pip swirls on cupcakes like this. You can use any large piping tip that you want but that’s the one I like to use. 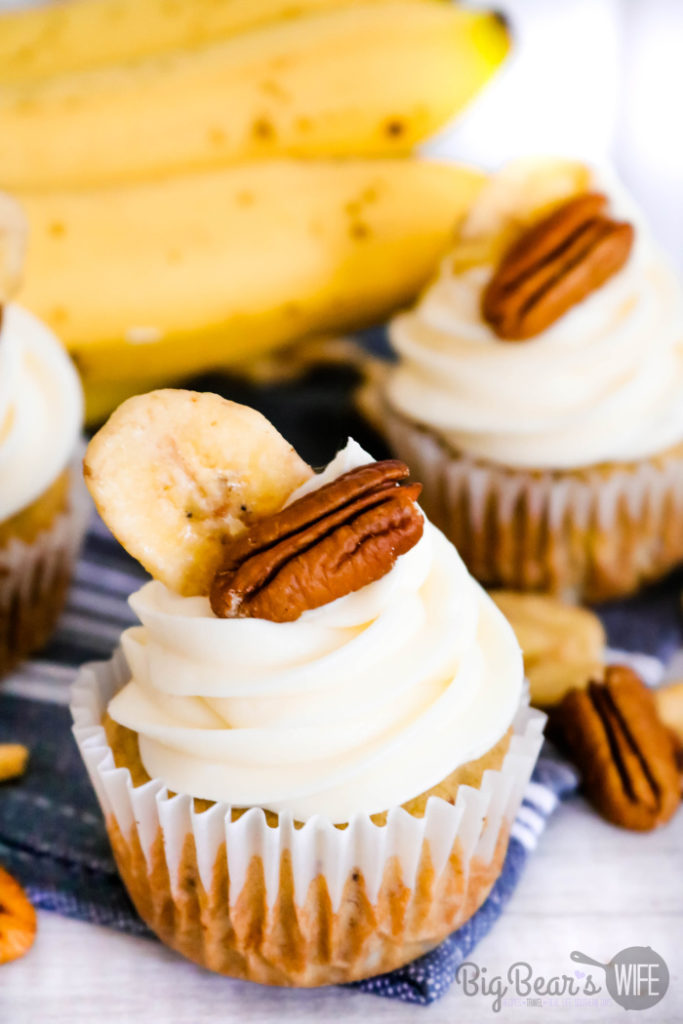 I MADE THIS RECIPE FOR DIXIE CRYSTALS AND THEY’VE GOT THE ENTIRE RECIPE POSTED ON THEIR SITE.
JUST CLICK HERE TO GRAB IT! 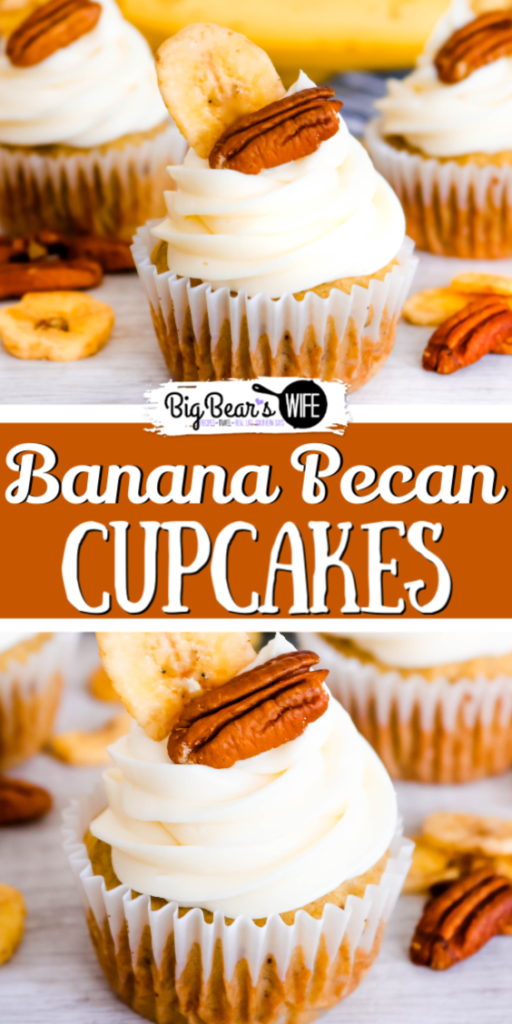