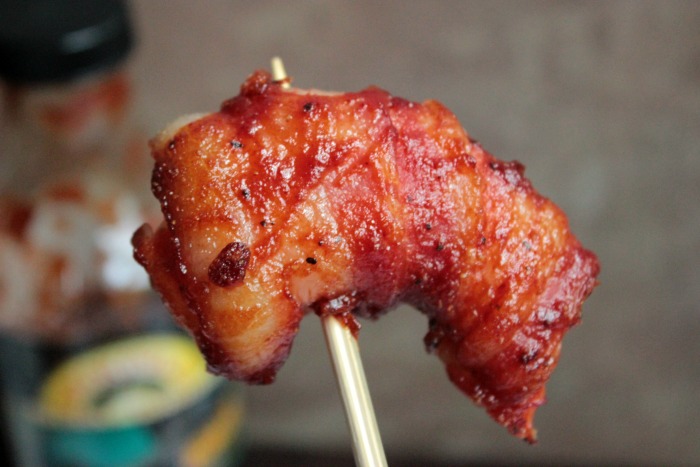 Last weekend my beloved laptop bit the dust. After 7 years of going strong it finally crashed and it’s gone to computer heaven. With that being said, I haven’t been able to really work on much blog stuff this week. Thankfully last Saturday I actually spent most of the day backing up photos and saving them to my external hard drive; something must have known that my computer was going to die because I had this urge that I HAD to get at much work done and loaded onto the external hard drive as possible. 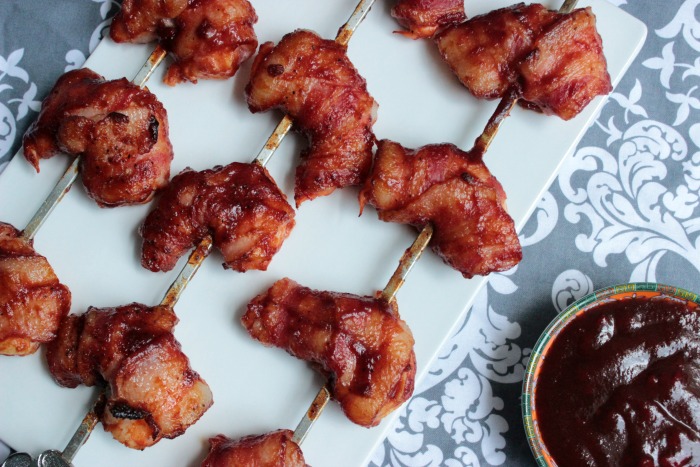 I thankfully only lost a few files but I’m still kind of heartbroken over that. Thank goodness that I don’t let others bully me into not posting a ton of photos on Facebook because that’s where a lot of those photos had been upload… you know the ones that are now gone forever. So at least I still have Facebook copies of those!! Oh and yes, I’ve had people complain about the number of pictures I upload from birthday parties and trips. mmmm, yeah, never once has it crossed my mind to complain to someone about the amount of photos they upload to Facebook but I suppose each to our own. 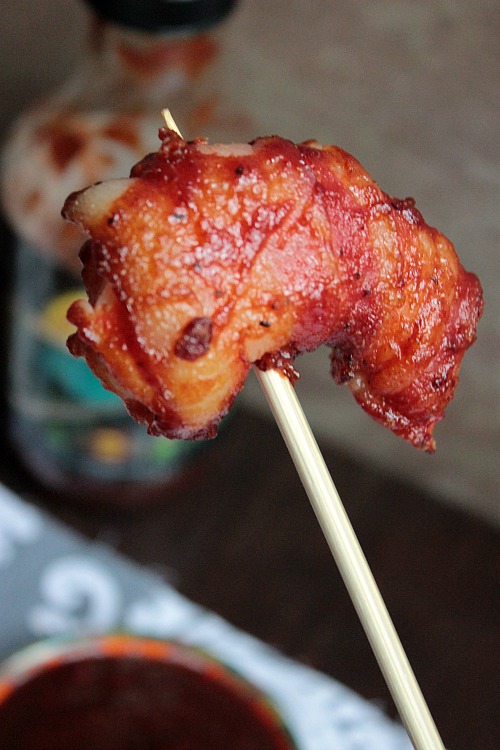 So all of that has absolutely nothing to do with BBQ Bacon Wrapped Shrimp but I really wanted to tell you about this no computer/no internet week I’ve been having! I had to sneak time on my dad’s computer (ok not really sneak but borrow haha) in order to even put this post up today!

But let’s move on and get back to the shrimp. You’re ready for shrimp right?

When I was a waitress, I worked at Rock-ola Cafe. Although I can’t remember exactly how it was made, I do remember that we had some type of shrimp appetizer there that was pretty darn good.

I think it was Buffalo Shrimp….perhaps it was bacon wrapped shrimp… I can’t really remember, but I do remember that is was good (hey, that was a few years ago, give me a break haha)

But the point is, I remember there being an awesome shrimp appetizer because they served it in a huge Martini glass. When someone ordered it, the kitchen filled the inside of the glass with blue cheese and the jumbo shrimp hung on the rim of the glass. It was a “show stopper”. When you walked out of the kitchen with that shrimp appetizer on the tray everyone stopped and watched you! 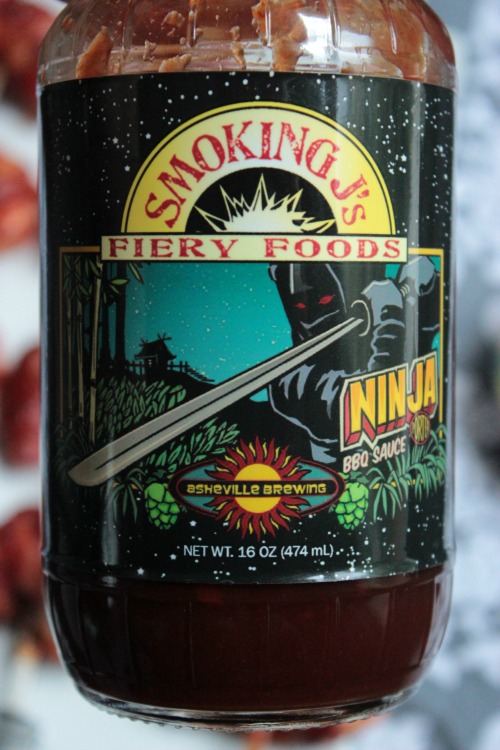 Something got me to thinking about my days at Rock-ola the other day and I remembered that shrimp!

So while I was trying to think of how to use the BBQ sauce that was given to us in Asheville and I thought “Oh I’ll make my own shrimp appetizer… I’ll make BBQ Bacon Wrapped Shrimp… well because everything is better with Bacon”. 😉 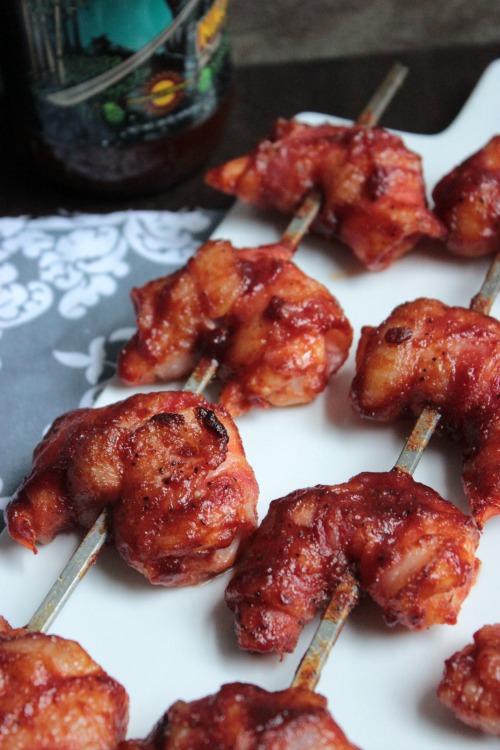 These are simple to make but have a punch of flavor! Big Bear loved them and couldn’t stop eating them!

I even made my friend Nikki and her girls try them and these shrimp got rave reviews! I can see these disappearing mighty quickly if you were to make them for dinner or for a party!

Remove the shells and tails from the shrimp. Pat dry and wrap each jumbo shrimp with a piece of bacon. Slide 4 shrimp onto a skewer but don’t let them touch. Do this with all of the shrimp and bacon. (You don’t have to use skewers, you can just lay the shrimp on a pan)

Place the bacon wrapped shrimp on a roasting pan and sprinkle each side with Greek seasoning. Next slather on a nice layer of BBQ sauce onto each side.