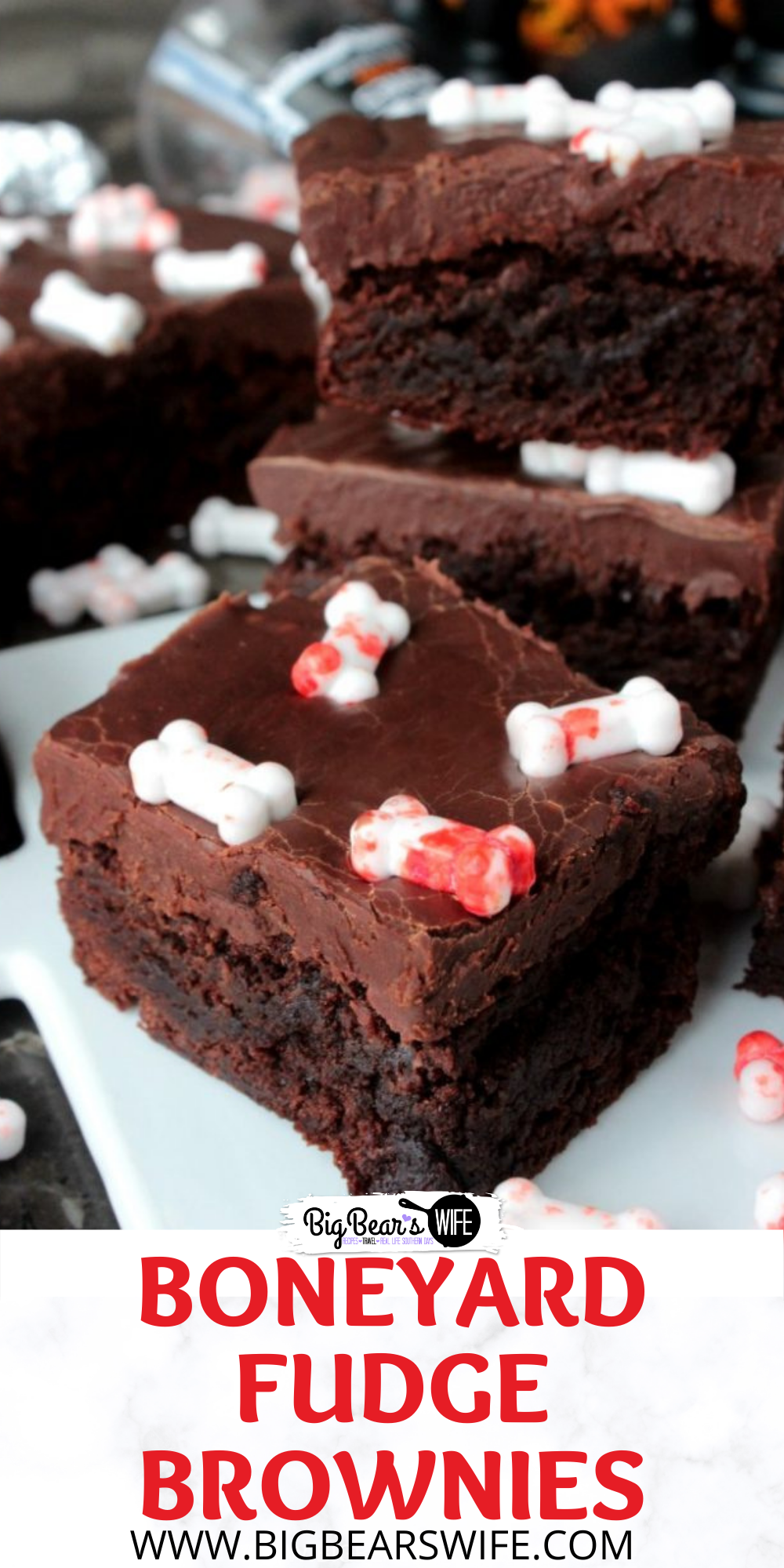 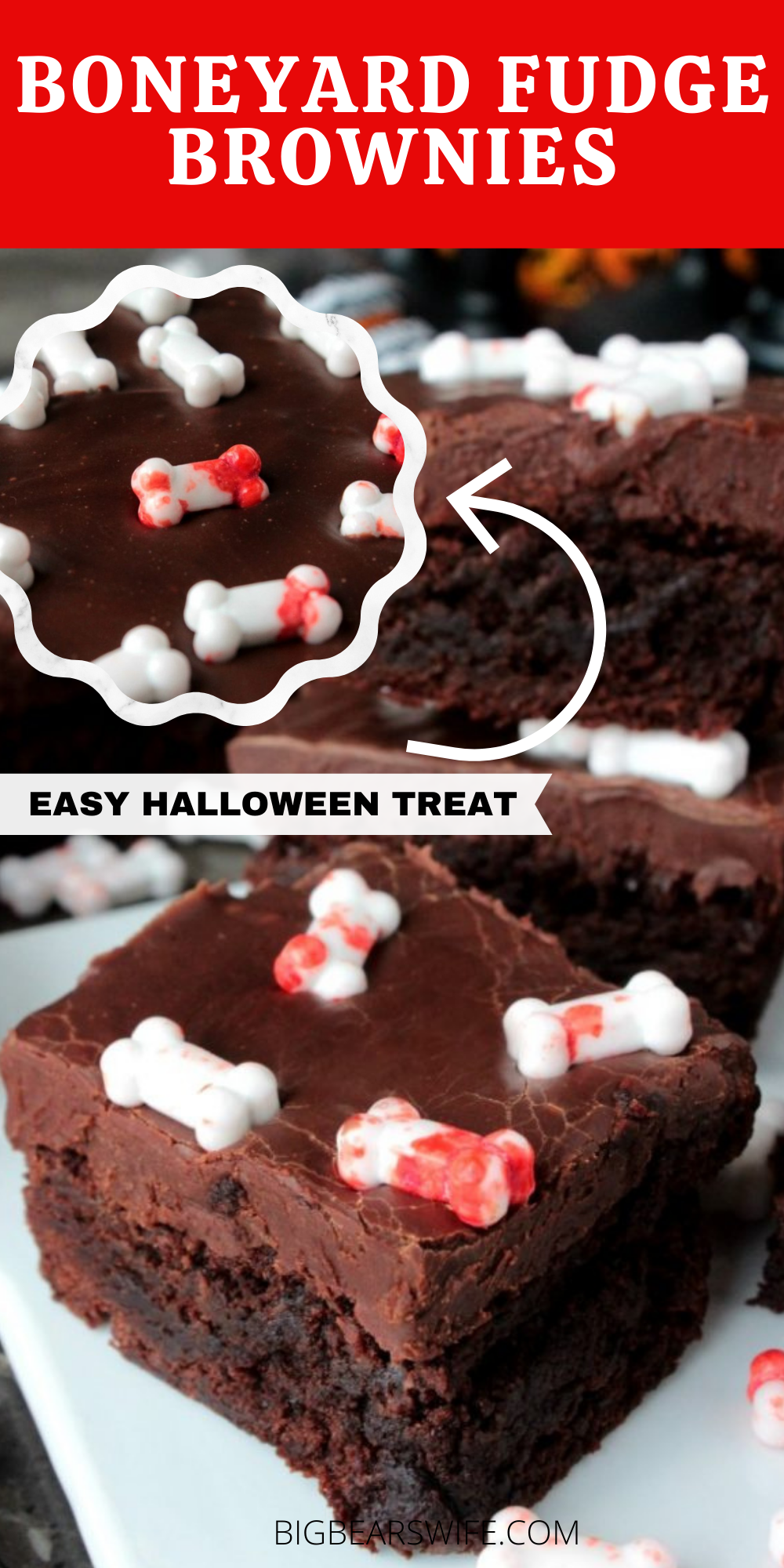 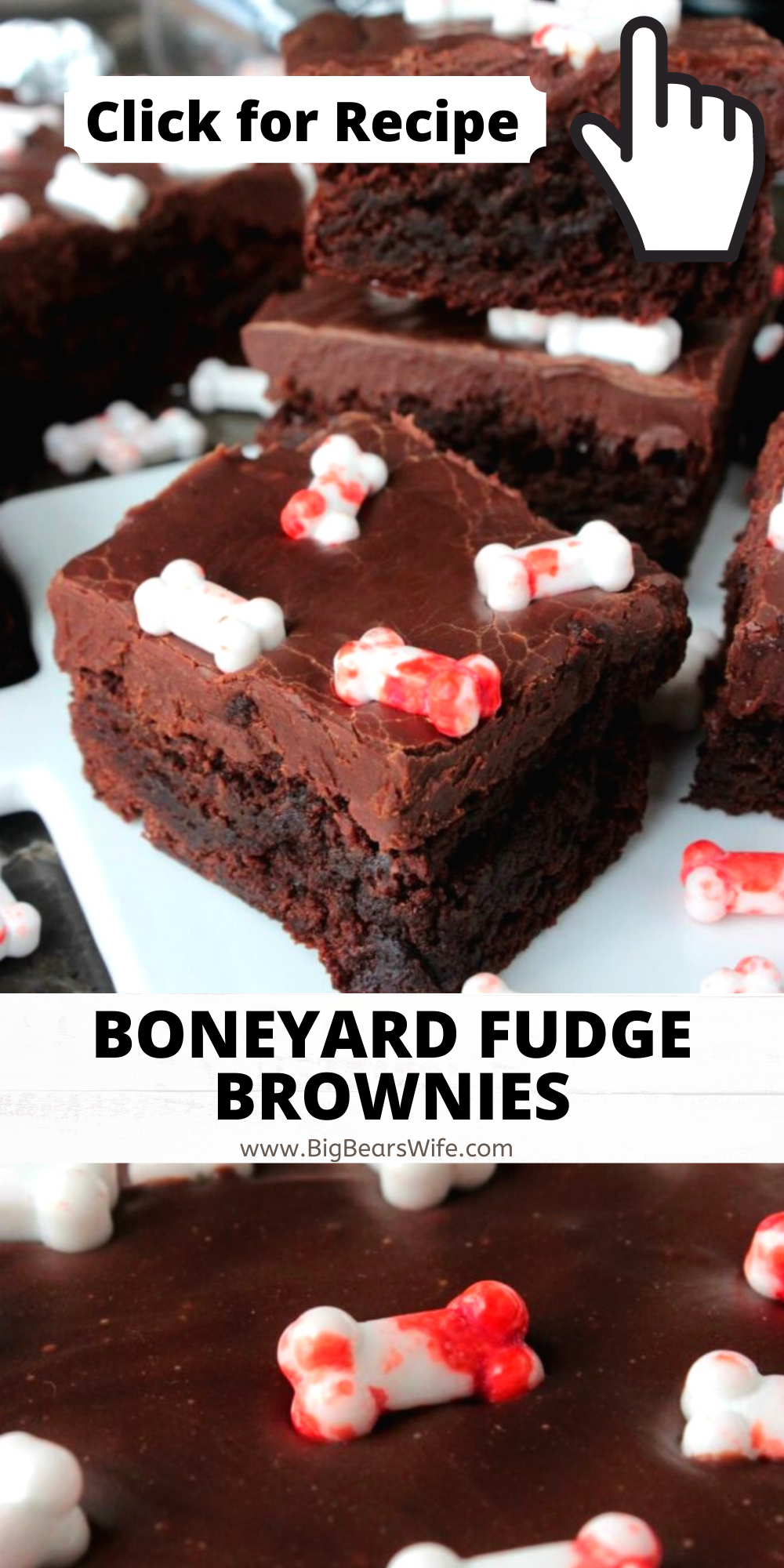 These Boneyard Fudge Brownies are easy to make! You’re going to love the top fudge layer and the fudge brownie bottoms! The candy Bones on top are perfect for Halloween! 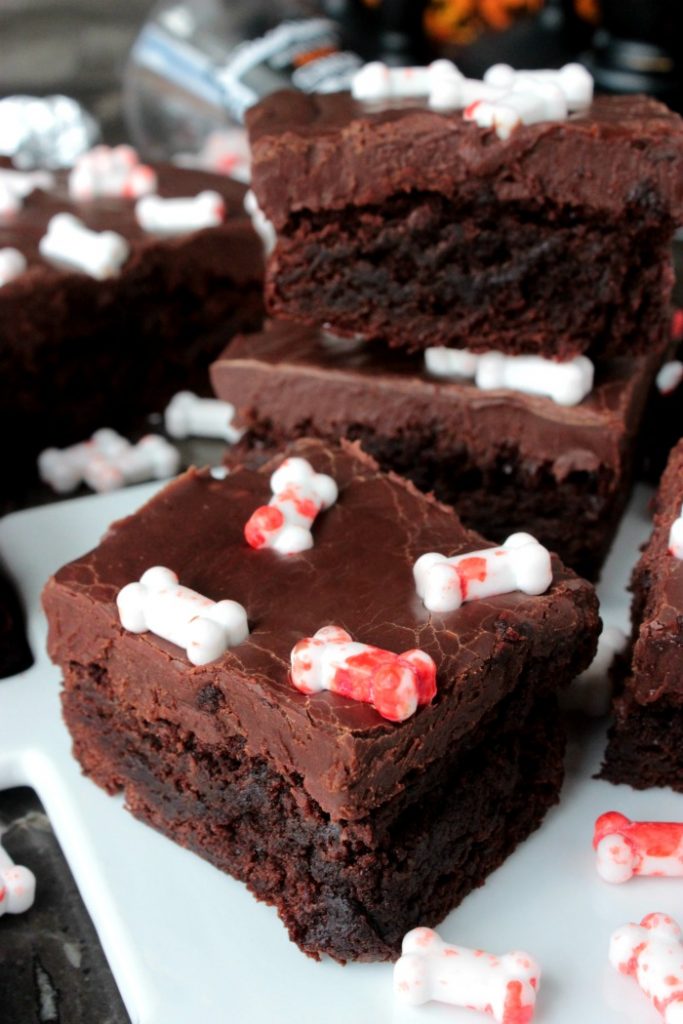 We all know that I LOVE Halloween! I mean it’s my favorite Holiday (with Christmas as a close second!)  I love the decorations, the weather, the pumpkins, the Halloween movies and the spooky feeling you get on the 31st!

I love it so much that I started a second blog just for Halloween stuff called “The Southern Halloween Queen!” 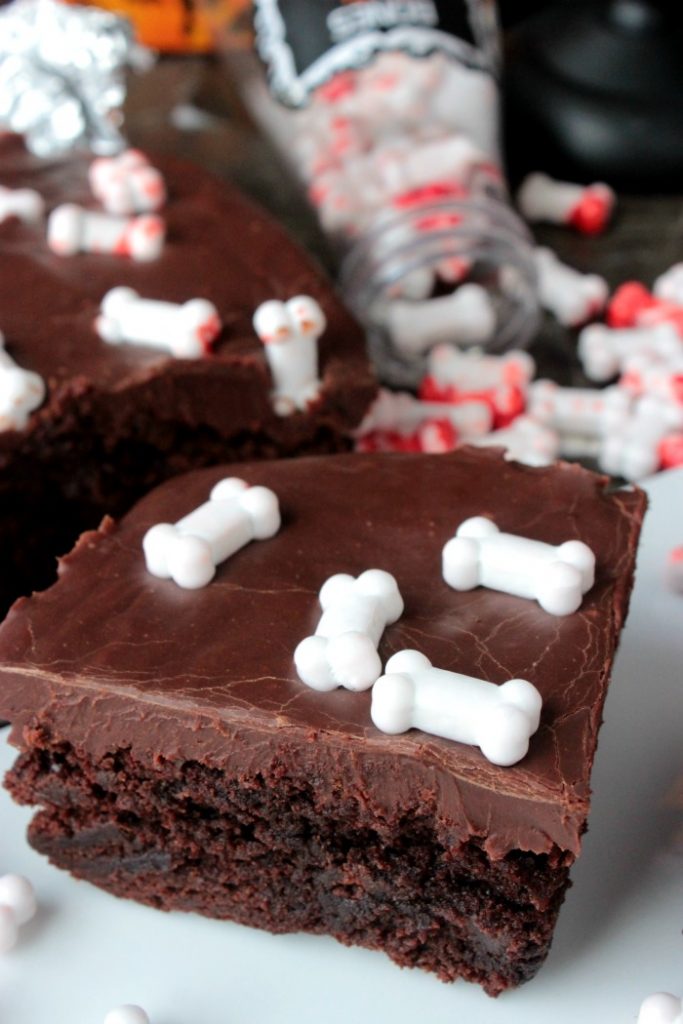 Cute Halloween food like these Boneyard Fudge Brownies!! I know that some people (including myself) go all out for Halloween on their treats and whatnot during the Halloween season but I wanted to bring you a dessert today that was super simple!

I don’t want anyone to ever NOT make a holiday recipe because they feel like the can’t or that they don’t have time. 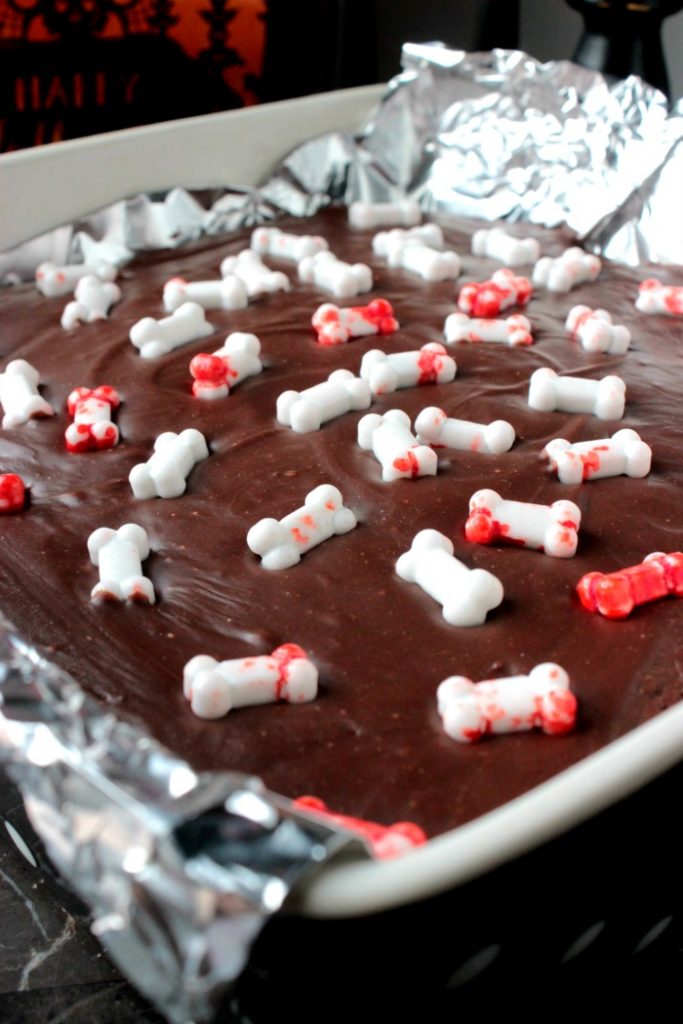 These Boneyard Fudge Brownies are probably one of the easiest Halloween desserts that I’ve made. They’re just like the Spooky Eyeball Fudge Brownies I posted a few years ago, except we’re changing up the candy eyeballs for candy bones! 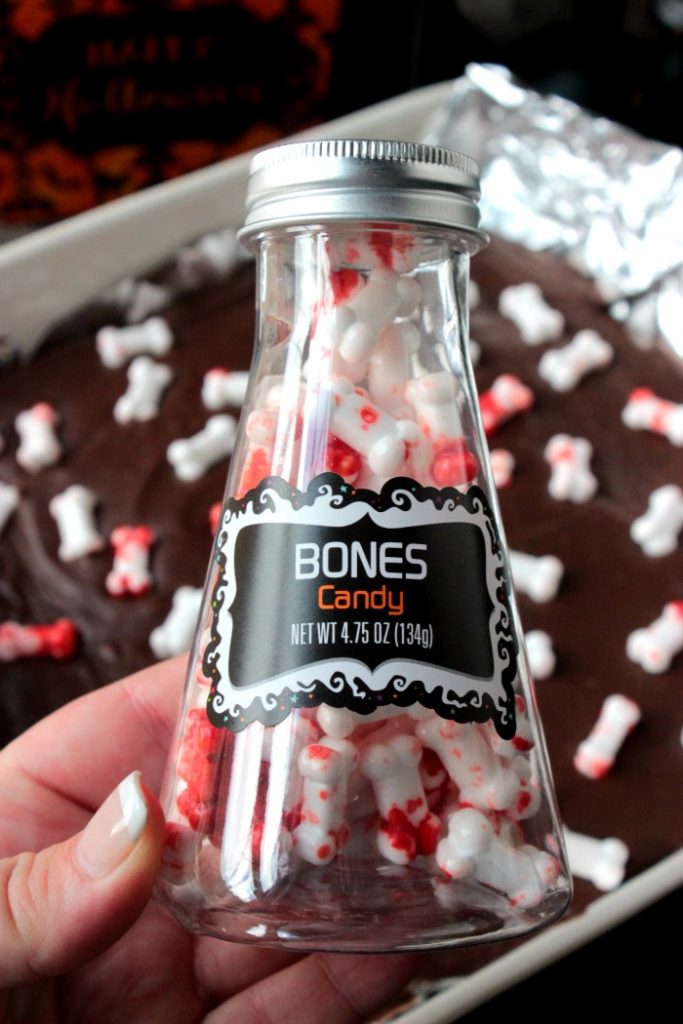 So where to get the bones?

I got these candy bones for the Boneyard Fudge Brownies at Target in the Halloween baking section.

I’ve seen them at Hobby Lobby and Walmart before but since I was working on Halloween recipes early this year, Target seemed to be the first one to put them out this year.

I did a quick search online too and it looks like you can also find candy bones at Party City and online on Amazon! 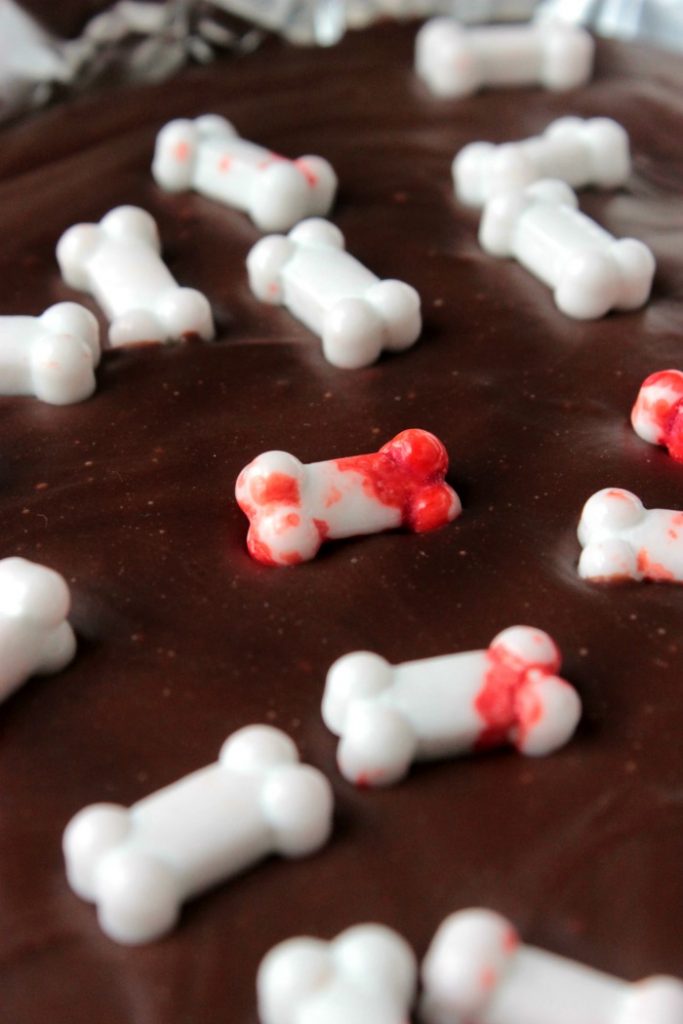 Why are these brownies so easy to make?

Well, first of all they start with a boxed fudge brownie mix! YEP!! Boxed brownies!

Can you use a homemade brownie recipe? OF COURSE YOU CAN! 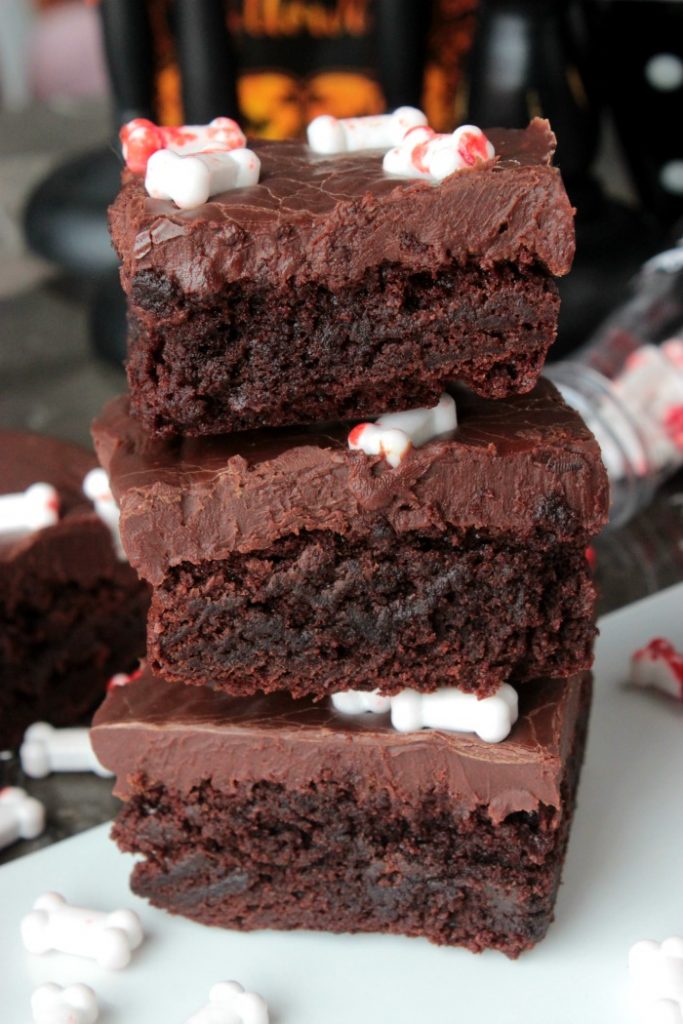 Then after you make, bake and let the brownies cool, you’re going to top them with a 2 ingredients chocolate fudge. As soon as you spread that fudge layer on, sprinkle the top of the fudge with little candy bones!

NOTE: You can use Vanilla Extract OR Chocolate Extract with this recipe! 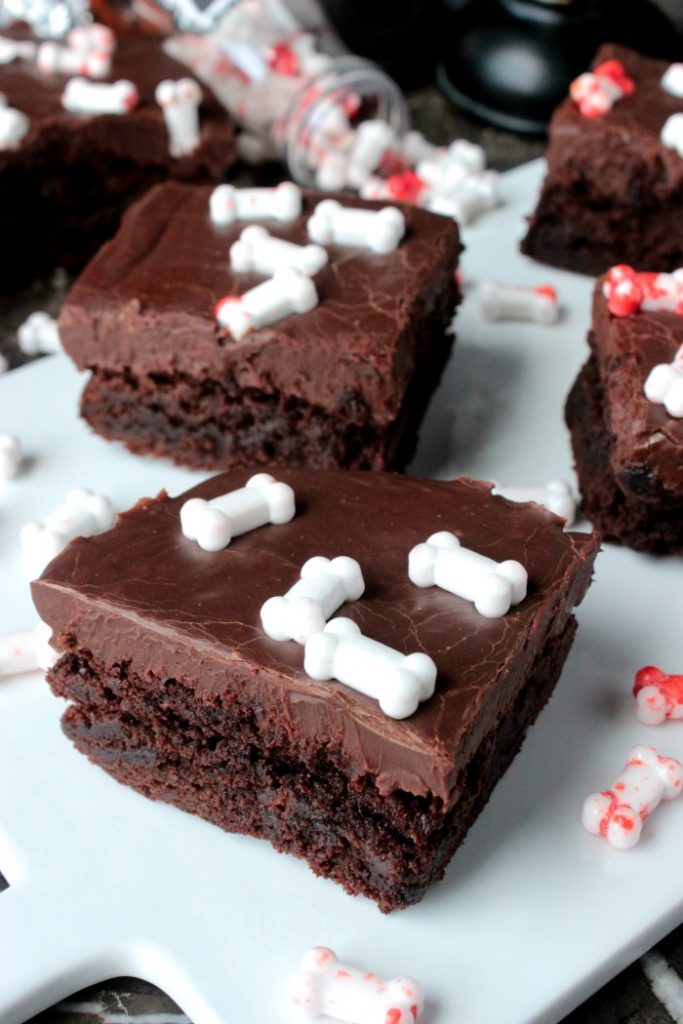 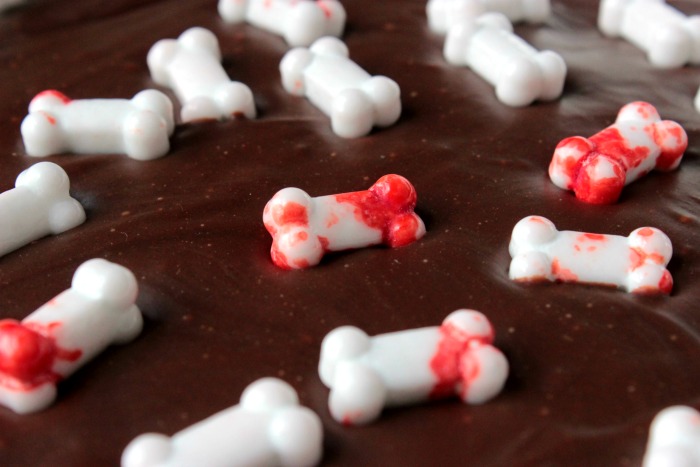 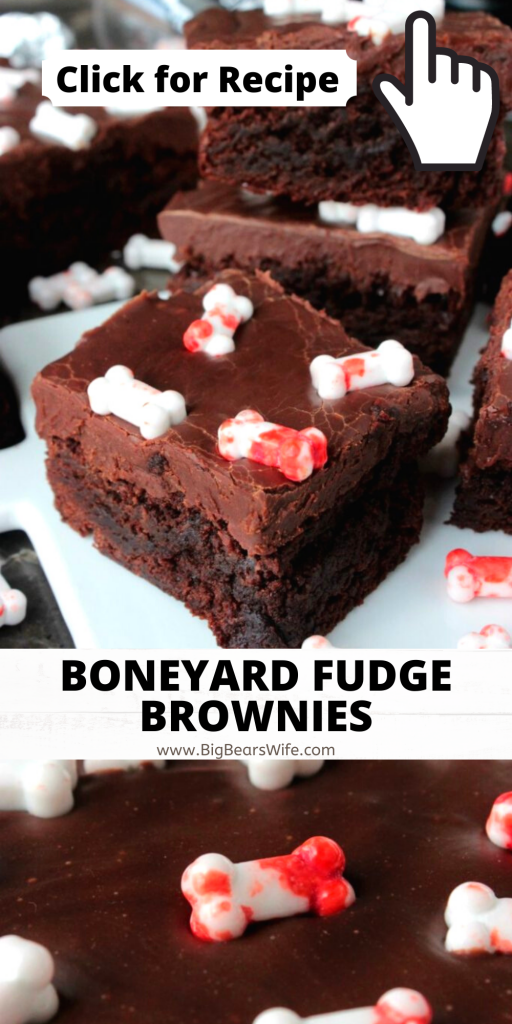