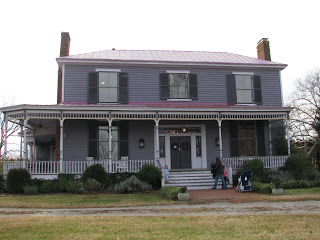 This Morning my best friend and I took the girls (her daughters, my god-daughters) to breakfast with Santa at the Yancey House.

Let me tell you, It was super adorable and so very nice.

I know I’ve written about they Yancey House before, but for those who have not read those post, here is a quick update. 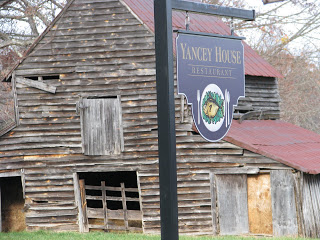 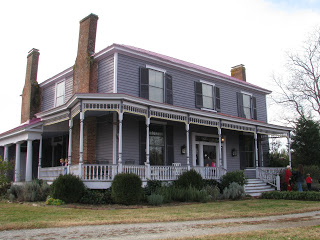 It’s one of my favorite places! 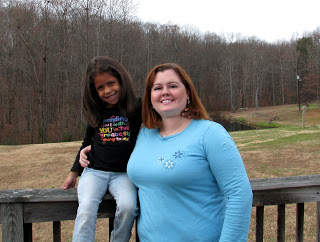 So this morning we had Breakfast with Santa :).

We arrived at the plantation house around 8:30am, and were seated at our table. We were served breakfast and waited for Santa to arrive. 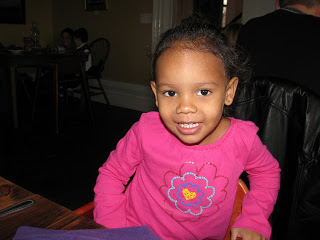 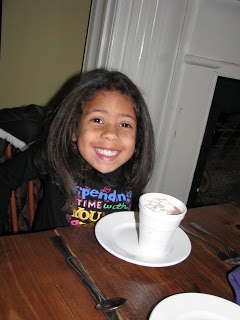 The adults had, Scrambled eggs, bacon, potatoes, and blueberry scones.

The Kids had, Pancakes, eggs and bacon.

It was a very nice breakfast. Very cozy. 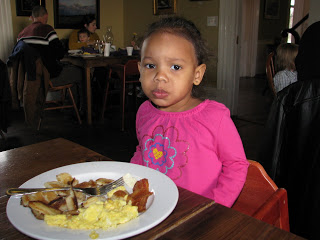 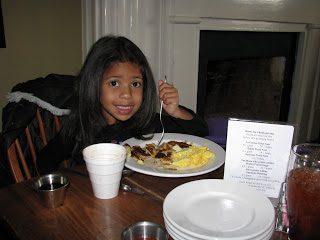 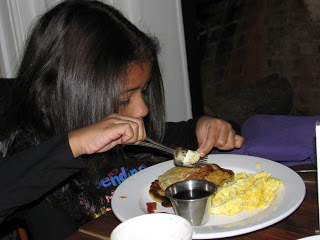 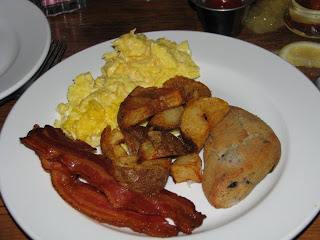 Santa then made his appearance. As he walked down the stairs, Alyssa’s jaw dropped with pure excitement. It was adorable. 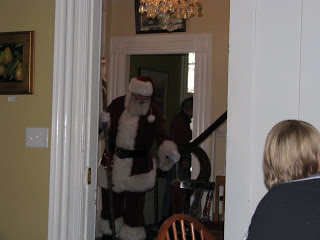 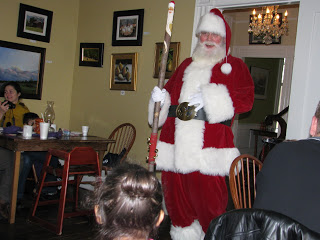 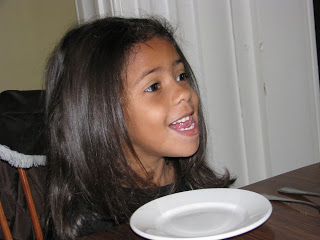 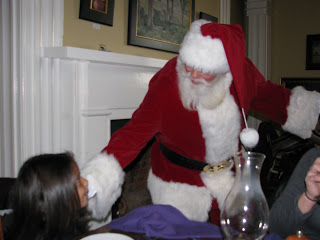 Santa came by and visited all the children and then told everyone a story of how he meet the elves.

I think Alyssa was pretty amazed with his tale. (Kendra’s still a little young to understand and she isn’t a huge “fan” of Santa. haha 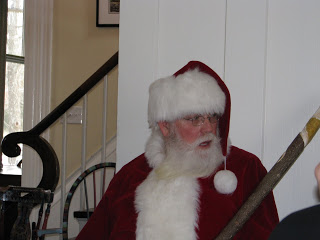 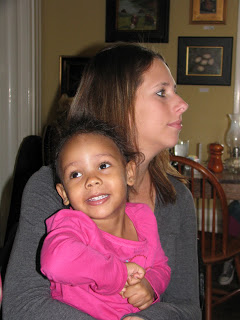 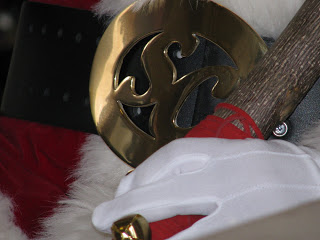 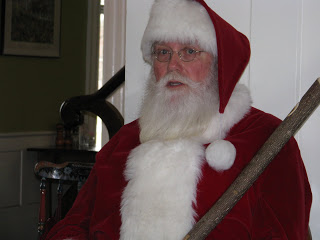 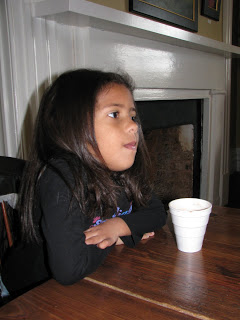 After breakfast, Santa sat by the Christmas tree and waited to hear from each little boy and girl.

The Christmas tree at the Yancey House was so simple, yet so beautiful. It was decorated in Gingerbread Stars and Dried Orange Slices. So pretty. 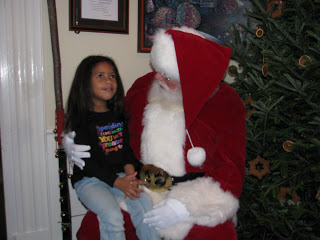 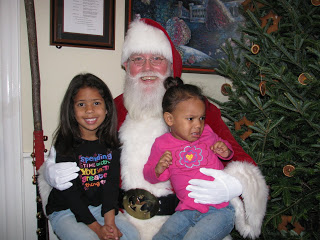 She asked for a baby doll, a dollhouse and an Easy Bake Oven. Pretty simple requests I think 🙂 Compared to the Xboxs, PlayStation 3’s, Power Wheels and Guitar Heros everyone else seemed to be asking for hee hee.

Afterwards we went outside and Alyssa played in the boxwoods. (the bushes were grown in a circle that has secret entrances) She had a blast. Such a simple morning, that almost made me feel like I was transported back in time…. one of the many reasons I love the Yancey House.