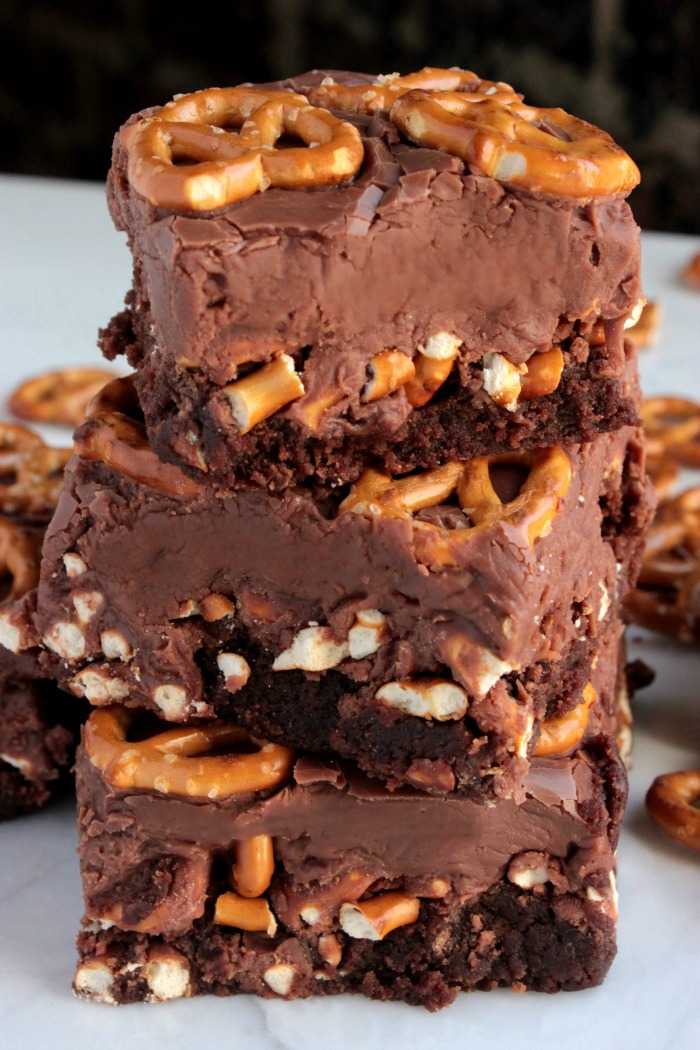 Does time past by quicker when you get older or is it just that we’re so busy that it feels like it does? Just the other day I was pulling the push pin out of the office wall and flipping my calendar over from March to April. Now here we are with brownies in one hand and an airplane ticket to Florida in the other with a full schedule on the books as normal.  I don’t have to use the airplane ticket until next week but I’m not waiting that long for these brownies.

I’ve been invited to South Walton Beaches Wine & Food Festival this year and while I’m super excited to go, I have 15,000 butterflies in my stomach because I’ll have to be on another plane; we ALL know how I feel about planes. haha

Planes and I just don’t go hand in hand together, no…I have a love hate relationship with them.

Nevermind, I can’t think about it. Let’s not talk about the plane trip right now, I’d rather talk about something else. 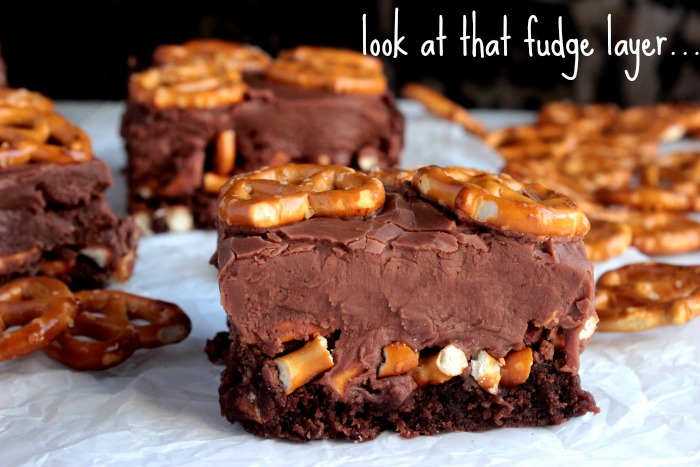 Has there been too much talk about salty and sweet combos? Are you the kind of person that needs salty with sweet or are you happy to be having either one? I personally can go either way. I don’t NEED to have sweet with salty and I don’t NEED to have it the other way around. However if a treat like these Chocolate Fudge Pretzel Brownies land in my lap, I’m all for it.

If you like chocolaty fudge or soft brownies, you’re going to want to pay attention here. These are homemade brownies topped with a sweet and easy chocolate fudge with broken pieces of mini pretzels sandwiched in the middle. 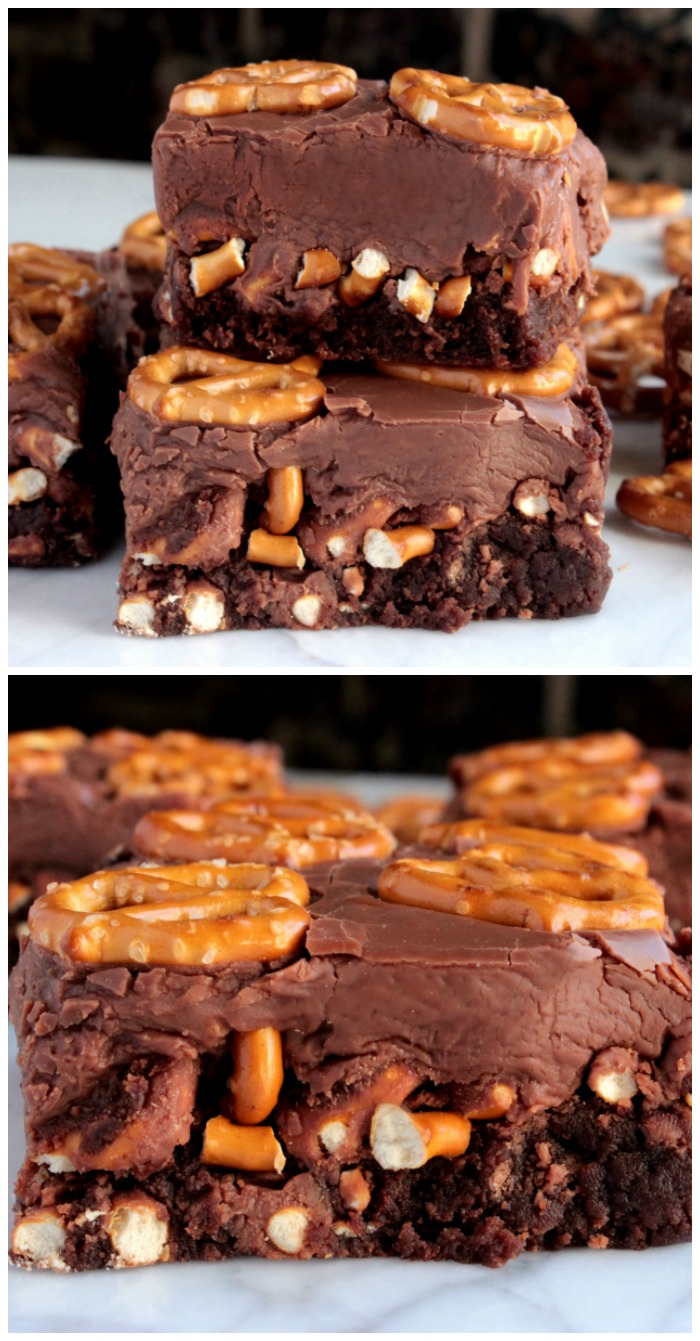 Then one day when I was flipping through my grandmother’s little wooden recipe box, one of the few things I have left of her, I found a brownie recipe and decided to try my hand at making them in my very own kitchen. That was the day that I realized that I could indeed make homemade brownies and that it was so much easier than I had previously thought. 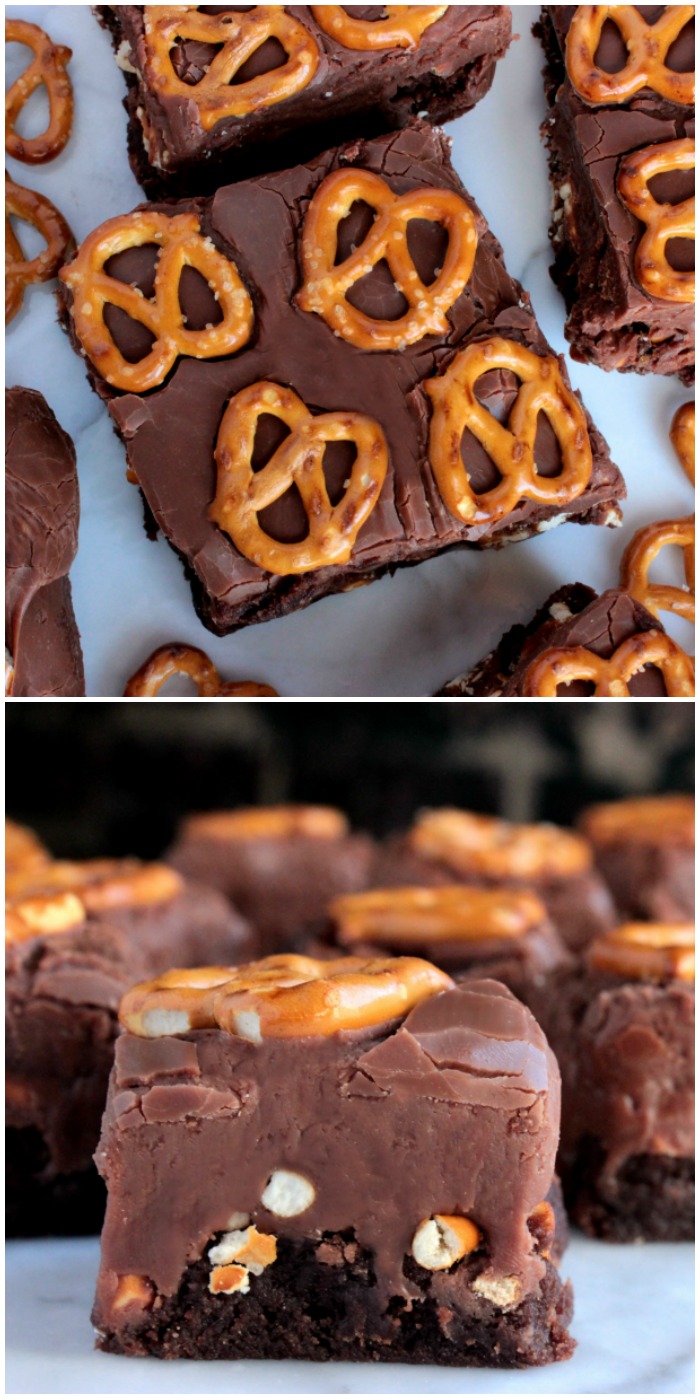 So I took that homemade brownie recipe, baked it up and I laid a bunch of crushed pretzels on top of it. Then once those brownies had cooled down a bit, I whipped up (literally whipped) an easy 2 ingredient fudge to pour on top. After decorating the top with more mini pretzels, I sat these brownies off to the side to let them cool.

After they cooled, I sliced them up and handed one over to my friend, Nikki, as she stood in my kitchen, impatiently waiting to taste one. 😉

Ready for the recipe?

You can find the full ingredient list and the easy directions for these Chocolate Fudge Pretzel Brownies , on the Dixie Crystals site.

Disclosure:  I am so thankful that I’m able to work with Dixie Crystals this year to bring you great recipes like these brownies! Thank you for supporting me and the brands that help brings BigBearsWife.com to you! As you know, as always, 100% of these thoughts are all mine….always have been, always will be. xoxo