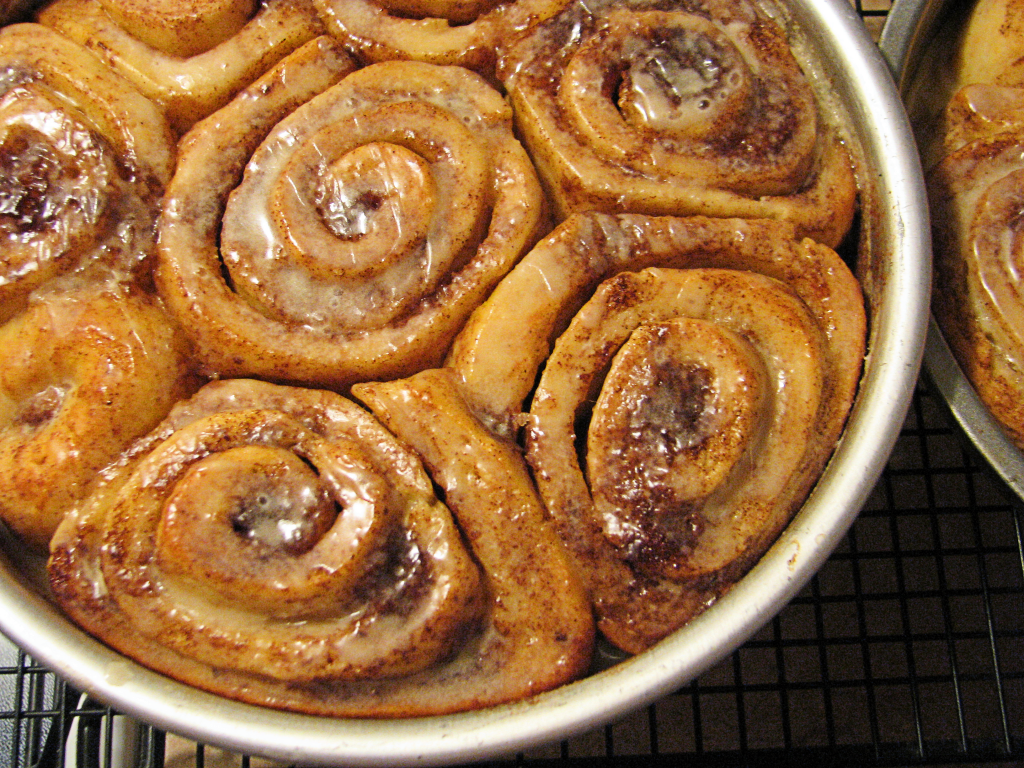 I’ve always been afraid of making bread from scratch. The Yeast, I think that is what scared me. Getting the dough to rise like it’s suppose to, getting the bread to bake up correctly, making sure that the bread doesn’t burn. Yes, this scares me.
My husband loves bread.
He loves sandwich bread, sourdough bread, biscuits, bread bowls, Cinnamon Buns, you name it he loves it.
So it’s kinda important to me that when I make bread items, that they are good. More like great!
But with all of the breads that I’ve made before, like Amish Bread, Beer Bread, Pepperoni Pizza Monkey Bread, and Parmesan Garlic Knots, I’ve never had to use active yeast. Just the word makes me cringe…eek.
But after seeing Ree ( The Pioneer Woman ), make these before Christmas and after looking over the recipe a few time… (ok a lot of times) , I knew I had to try to make them.  They just looked so, so good. And this recipe makes a lot of Cinnamon Rolls, so I was able to make a lot at once, give some away and freeze some to re-heat later. 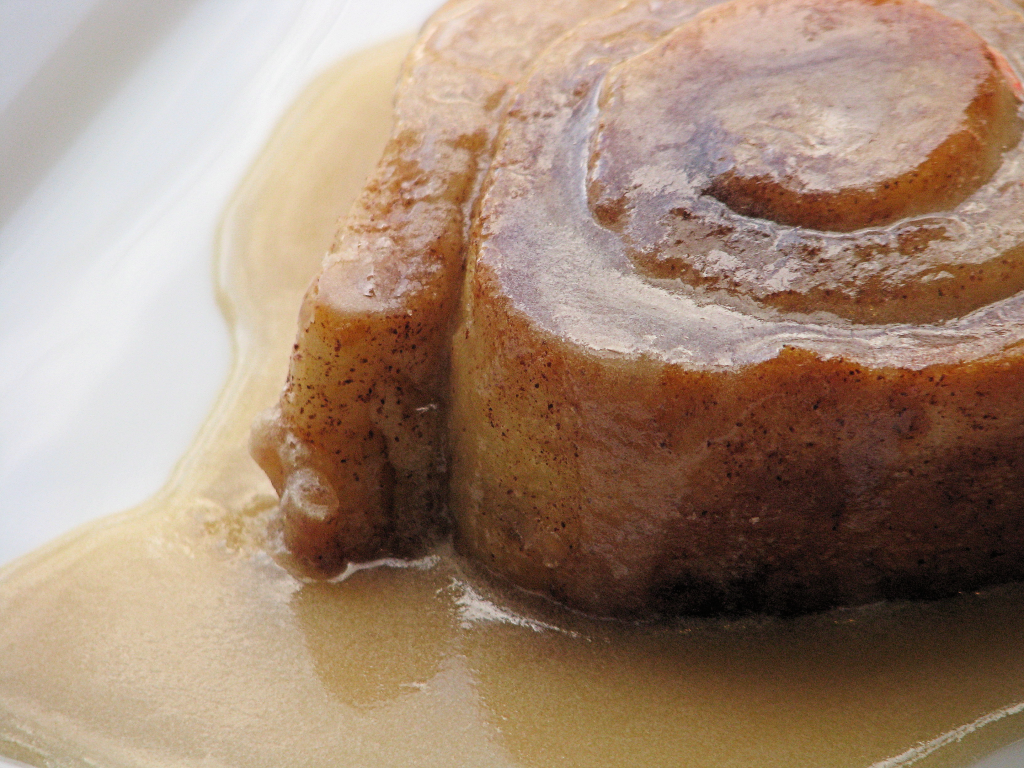 I did however change up the icing just a little bit, I used Vanilla Extract instead of Maple and used a little more milk and coffee than Ree did. The dough recipe though, I kept pretty much the same because I was so worried about it not coming out right.I actually had to make these twice. Because I tried to halve the recipe, so that I wouldn’t have so many cinnamon rolls, but that just did not work right. So unless you’re just an amazing yeast/dough worker, I just suggest sticking to the recipe, making a ton, and freezing them. Also I got about 5 pans of Cinnamon Rolls From this. Each Pan had about 8 Cinnamon Rolls. So that’s 40 cinnamon rolls. Make them, give them away, freeze them for later or eat some now! They are so fluffy, sweet and wonderful that you’ll never buy canned cinnamon rolls again.
I used 2% Milk instead of Whole Milk, because that is what we drink.  I also used less butter and 1 cup of Sugar instead of 2. Ok… so maybe I did change it up just a little bit. 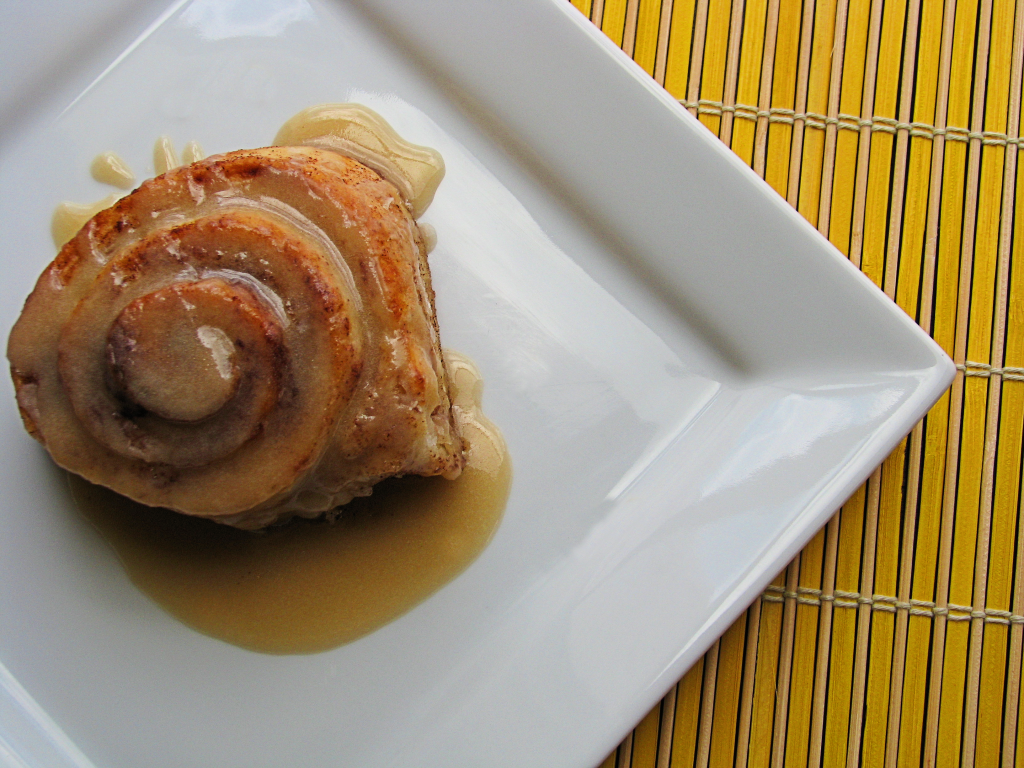 For the Vanilla Coffee Icing:

For the Cinnamon Roll Dough:

In a large pot, heat the milk, vegetable oil, and sugar over medium heat until scalding. Do not let it boil.

Stir in 8 cups of the flour. Stir extremely well, until everything is combined.

Cover with a kitchen towel and set the pot in a warm place for 1 hour.

I broke the dough down into 4 sections, to make it easier to work with.

Sprinkle some of the cinnamon and sugar over the melted butter until covered well.

Starting at the side closest to you, roll the dough tightly away from you, tucking the dough in as you roll.

Place the sliced cinnamon rolls in the pans. I placed about 5 or 6 rolls into each pan.

Now, do those steps again with the reaming dough until all of the cinnamon rolls are in the pans.

You will want to let each pan of cinnamon rolls rest and rise for about 10 minutes before baking. I set them out on the counter and let them rise while working with the remaing dough, and so forth.

Once the rolls have risen for about 10 minutes, place the rolls into the pre-heated oven and bake for about 15 or until golden brown. Don’t burn them! I baked 2 pans at a time.

While the rolls are baking, starting making Vanilla Coffee Icing.

In a large bowl, whisk together the powdered sugar vanilla and milk. Add in the melted butter, coffee.

Icing should be smooth and thick, but you should be able to pour it.

Once the cinnamon rolls have finished baking, remove pans from the oven and immediately drizzle icing over the tops.