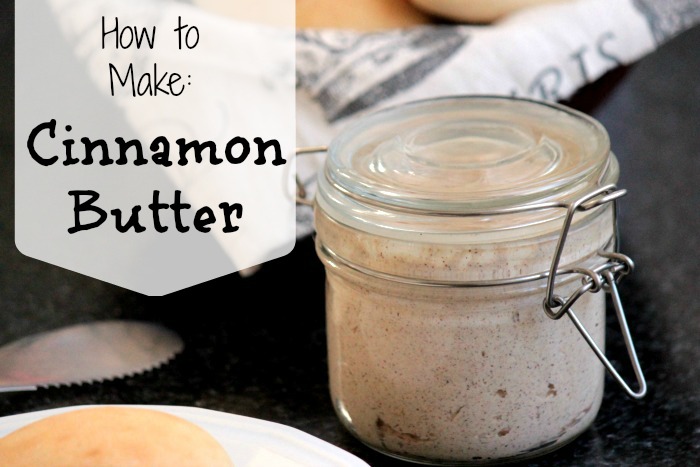 Guys have it so easy when it comes to traveling haha. We’re getting ready for vacation and I have a list that’s about a mile long and full of things that I have to get done before we leave and BigBear is just all like “all I need to do it throw some clothes in a bag and I’m ready.”

The curses of being a girl. I’ve got hair appointments, nail appointment, I still haven’t found a dress to wear the day I’ll be at the conference (yep this a work and play kinda of trip) and I haven’t even started the process of even attempting to figure out that I’m going to pack.

I’d really love to just skip the next few days and just jump right into vacation mode! Will that work? Please?

Yeah, I didn’t think so either. 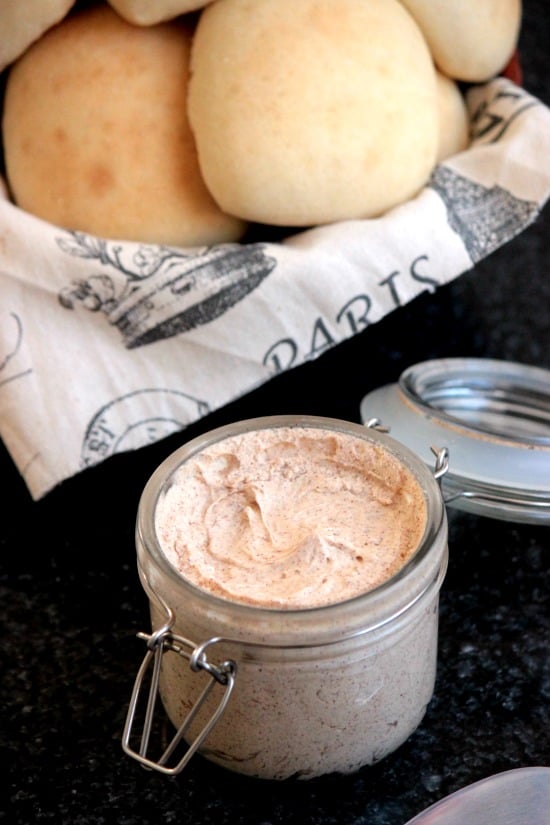 So today’s recipe/post is brought you to you by my need to travel down memory lane and our love of bread and butter. You’re welcome. 😉

When BigBear and I started dating, I worked as a waitress at Rock-ola. I know I’ve talked about waiting tables there in a few posts and for this one I made my very own version of their famous Cinnamon Butter.

At Rock-Ola,we had the softest bread rolls ever (unless the cooks forgot to take them out of the oven, oops haha) and the most amazing Cinnamon Butter to pair them with!

Bread and Cinnamon Butter was the main thing on everyone’s mind when they sat down at their table and most of the time they were asking for Cinnamon Butter and bread before you could even introduce yourself. 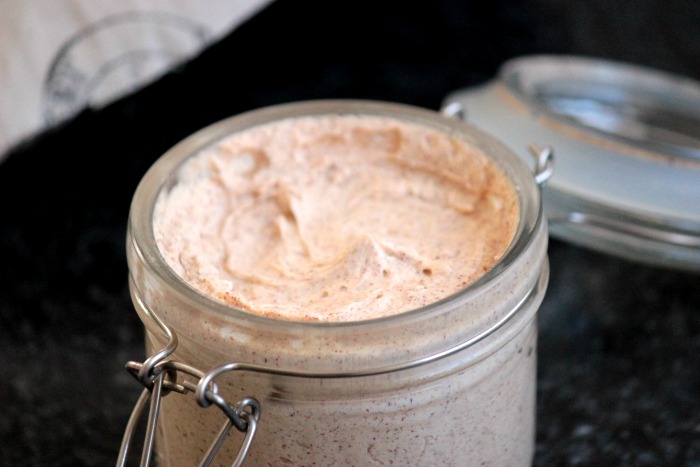 So, yes. If you ever asked for “MORE BREAD with that cinnamon butter”, or blurted out that you needed “some of those rolls and some of that butter” before I could say “Hello”,  I can bet you money that in my mind I was smacking you in the forehead with that free bread and cinnamon butter” — over and over and over. 🙂 Just so you know. 🙂

We had some people that would go through two or three plates of bread before they got their food. 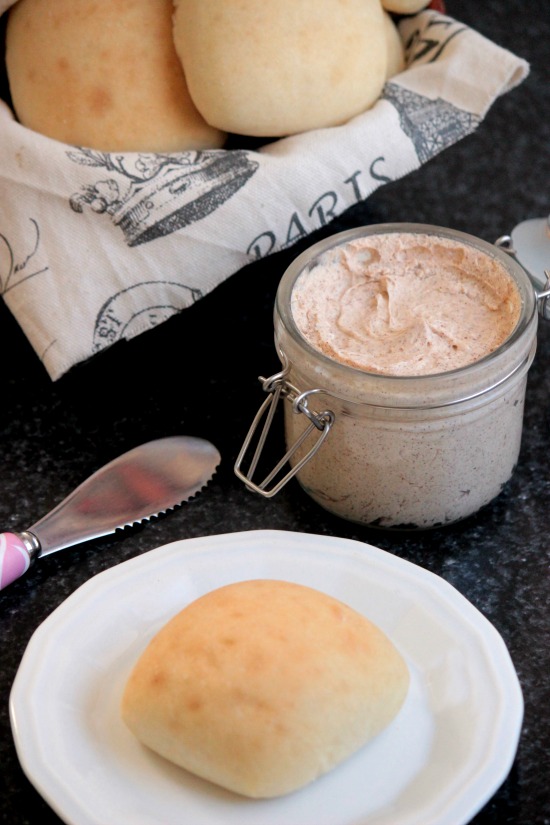 Since Rock-ola closed a few years ago I just can’t seem to find my Rock-Ola favorites anywhere else and I miss them a lot!

Since I was working on making some compound butters the other weekend I thought I’d give the famous Cinnamon Butter a try. Oh and it was perfect with these warm rolls! 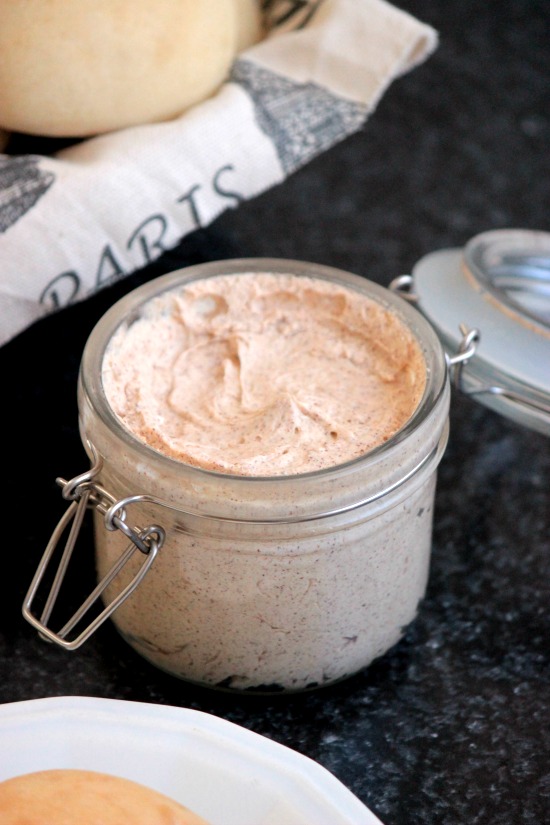 Easy to make and just as addictive and the butter I remember. 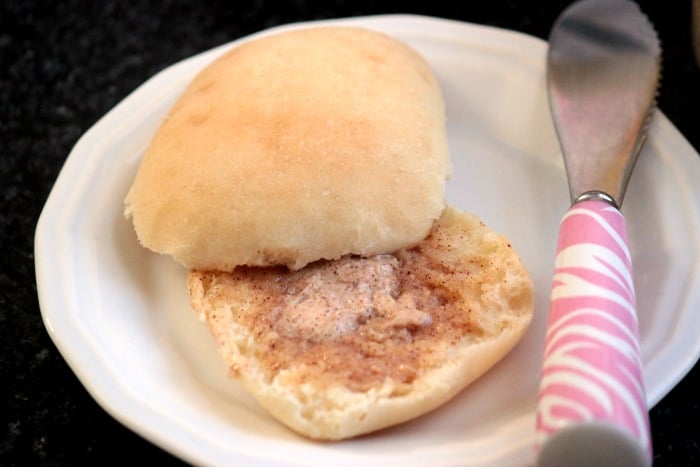 It might not be exactly the same as Rock-Ola’s legendary Cinnamon Butter but it’s as close as I can get and I’ll take it!


Add the soft, room temperature butter to the bowl of a stand mixer.

Cream the butter in the bowl of the mixer.

Mix in the Cinnamon and Brown Sugar. Mix well.

Mix in the honey.

Scoop the cinnamon butter into an air tight container and place into the fridge to firm up. 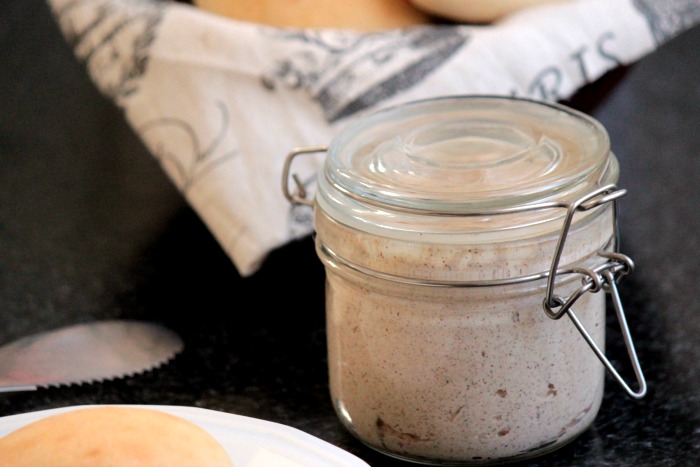