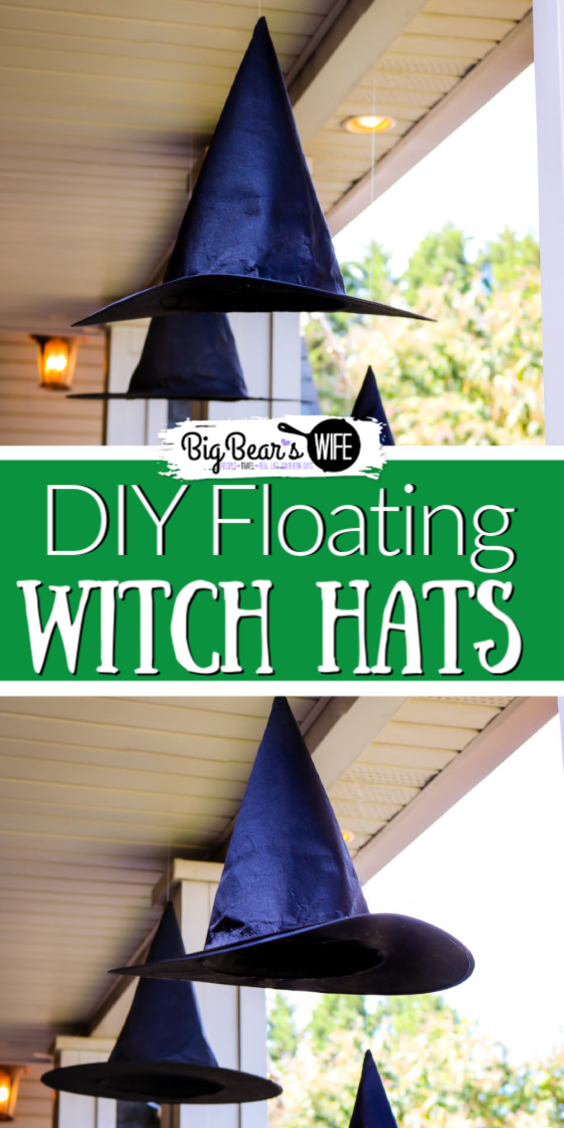 The Witches are IN and their hats are floating around outside! This easy and cheap DIY Halloween craft adds the perfect amount of magic to your Halloween decorations! I am in love with these Easy DIY Floating Witch Hats!

I’ve seen Floating Witch Hats decorating porches and kitchens in magazines and online for years. Up until now, we didn’t really have anywhere to corral floating witch hats so I had put them in my “must make one-year” file and left it at that.

This year though, we have the perfect house and the perfect porch to display these magical Floating Witch Hats so I knew I had to make them happen. 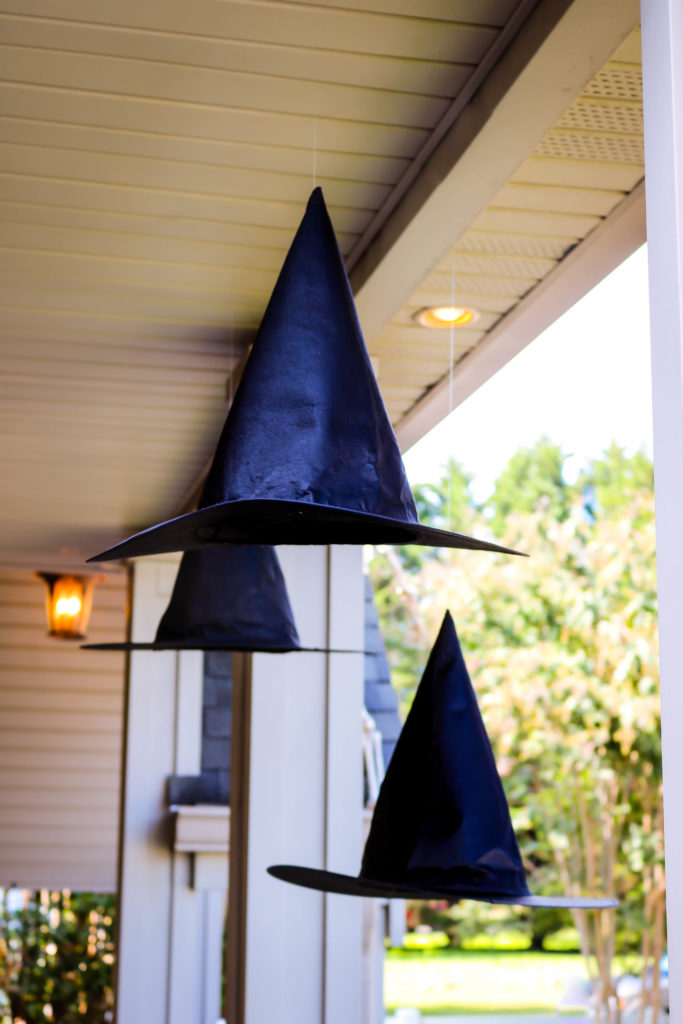 First, let me start off by saying that this project for these Floating Witch Hats ended up costing me about $12 total. That was mainly because I wanted these jet black hats but if you wanted to just grab some of the cute witch hats from the dollar store you can bring your cost down to about $6 for the whole project.

I got the black witch hats from the dollar section at Target. They were $3.00 each.

The pack of beads came from the dollar store and then the fishing wire was about $2. 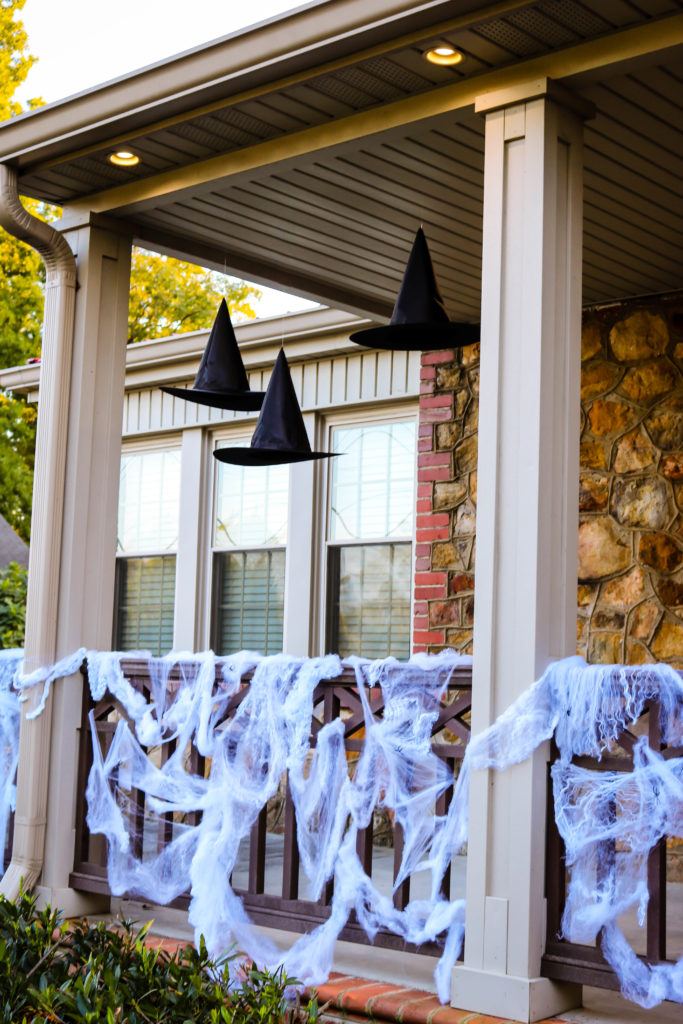 Let me give you my tips and tricks on how we put these together.

Since we were hanging these outside, we wanted to make sure that the string wouldn’t break and the hats wouldn’t fly away if we got any strong wind.

So, we took some wooden beads that we picked up from the dollar store and Thomas tied one end of the fishing wire through and around them.

The bead is going inside of the hat so it doesn’t matter what color the bead is. 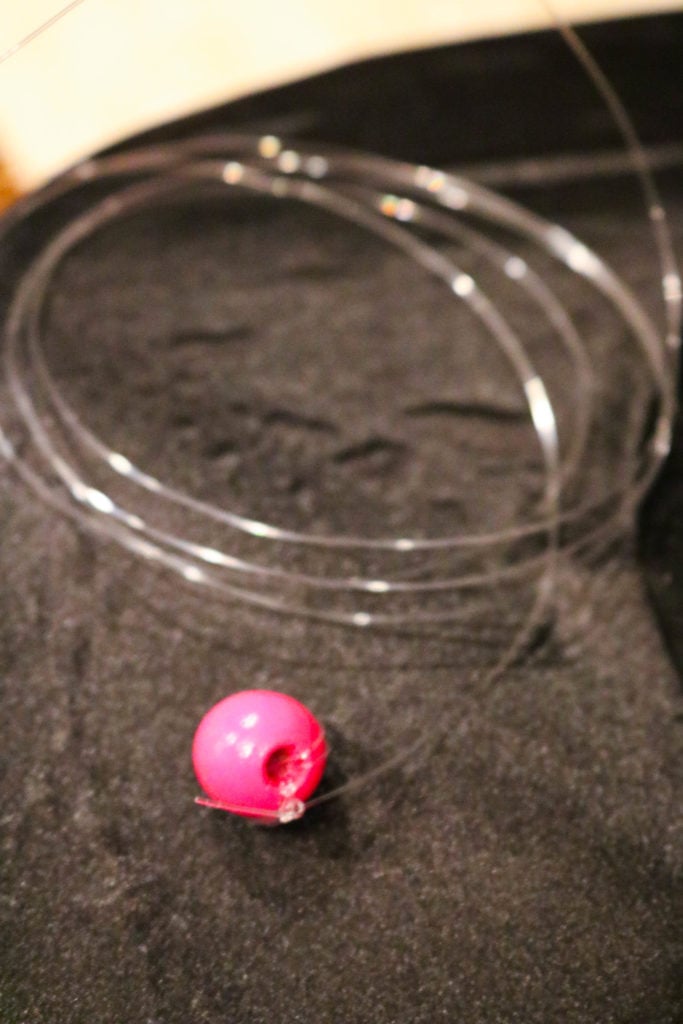 Then we took the string and pushed it up through the top of the point of the witch hat, leaving the bead end inside the tip of the hat.

We tried it both ways and both ways worked perfectly. 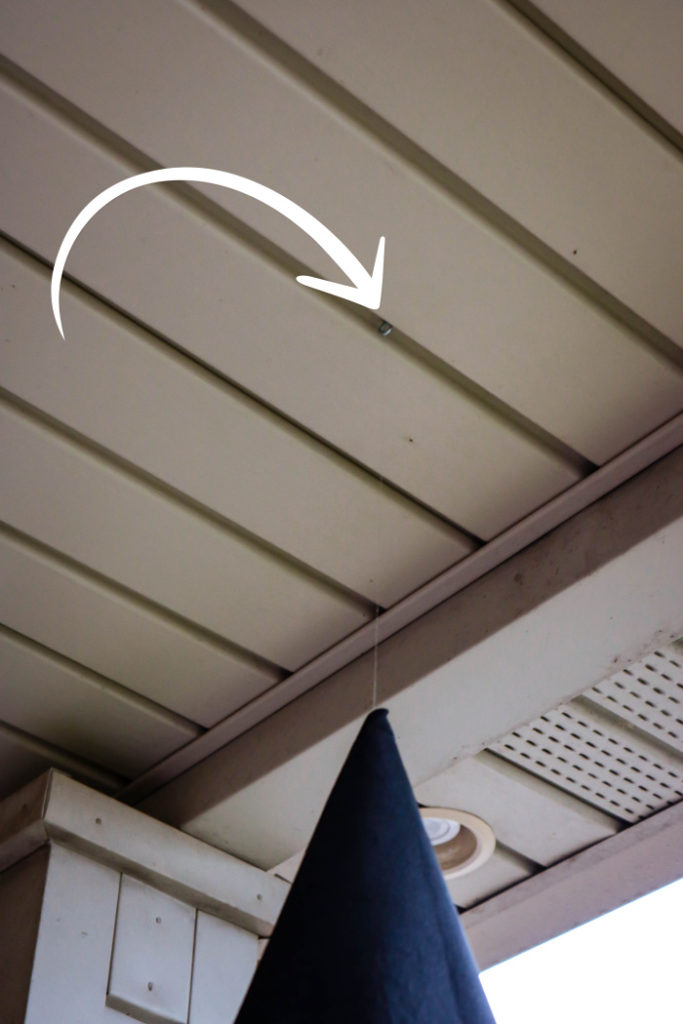 Then we took the hats outside and Thomas installed a few screw eye rings to the porch and we tied the fishing wire to those to hang the witch hats.

At first, we tried duct tape to just hold them up there but a few hours later and they were laying on the porch so we decided to just attach them with the screw eye rings. 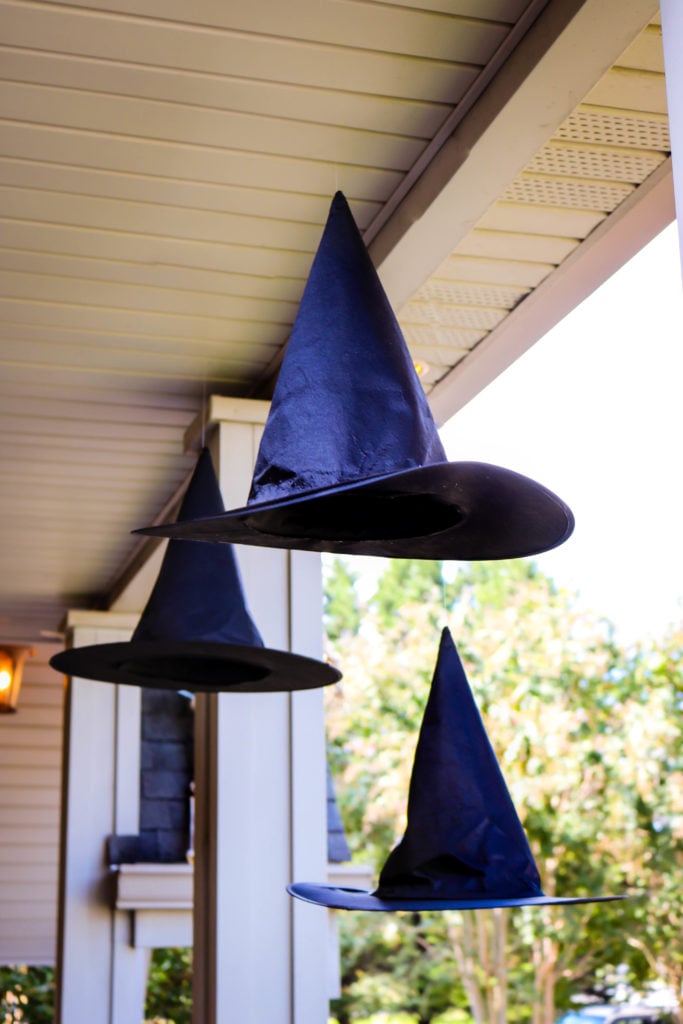 And that was it! Now we have these beautiful, magical floating witch hats on the porch and they go perfectly with our Halloween witch house theme!

Ps. I’ve seen some people put lights in their floating witch hats but we didn’t do that since we have solar spotlights on the Halloween decorations this year but if you wanted to add lights I bet the dollar store battery tea lights or glow sticks would work. (well the glow sticks would work for 1 night but you know what I mean) 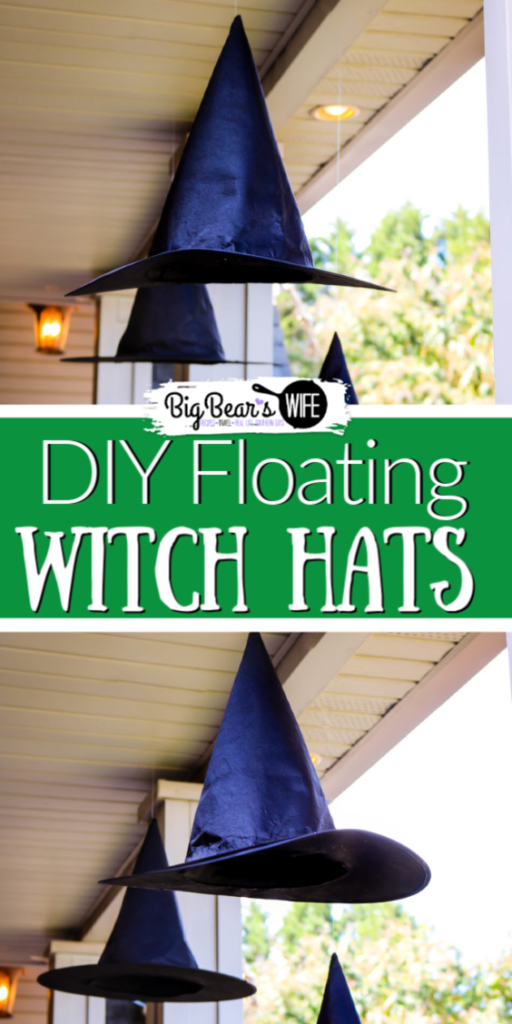