Want to set up your very own popcorn bar at your next party? I set one up at my brother and sister in law’s bridal shower and everyone loved it. It also served as the “Thank You” favors for the party! 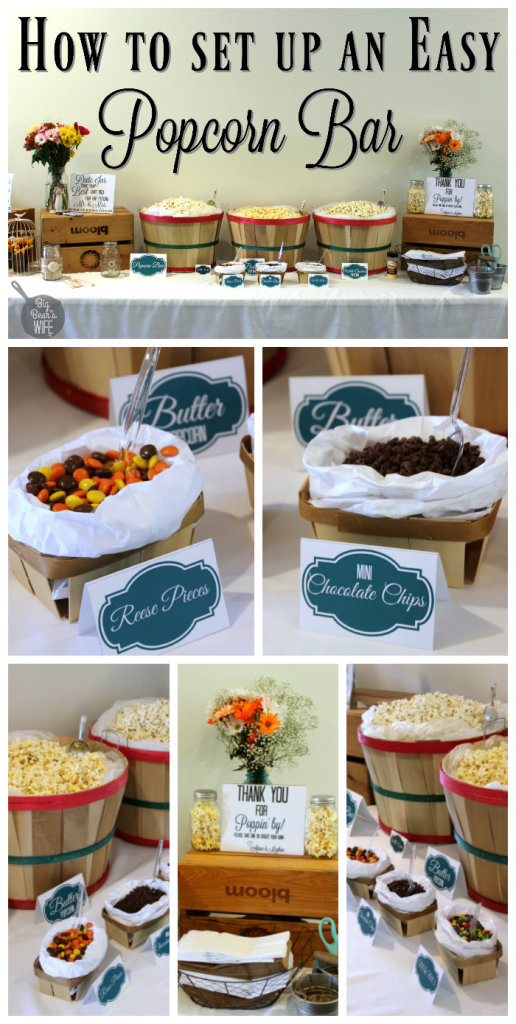 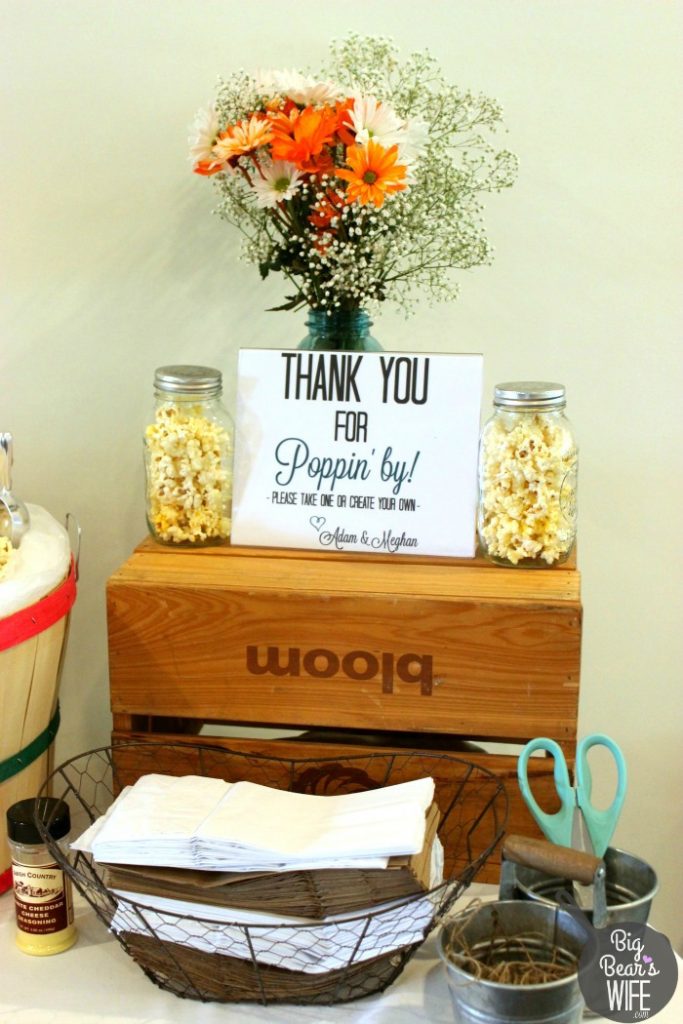 So I had already planned on having a popcorn bar at the shower as a surprise for Meghan but after thinking of what to make for favors, I thought that the popcorn bar would totally work for that too!

Meghan wanted a popcorn bar at their wedding but for one reason or another she decided that they would forgo the popcorn bar. So I made it happen for the bridal shower!

This is how I set ours up…. 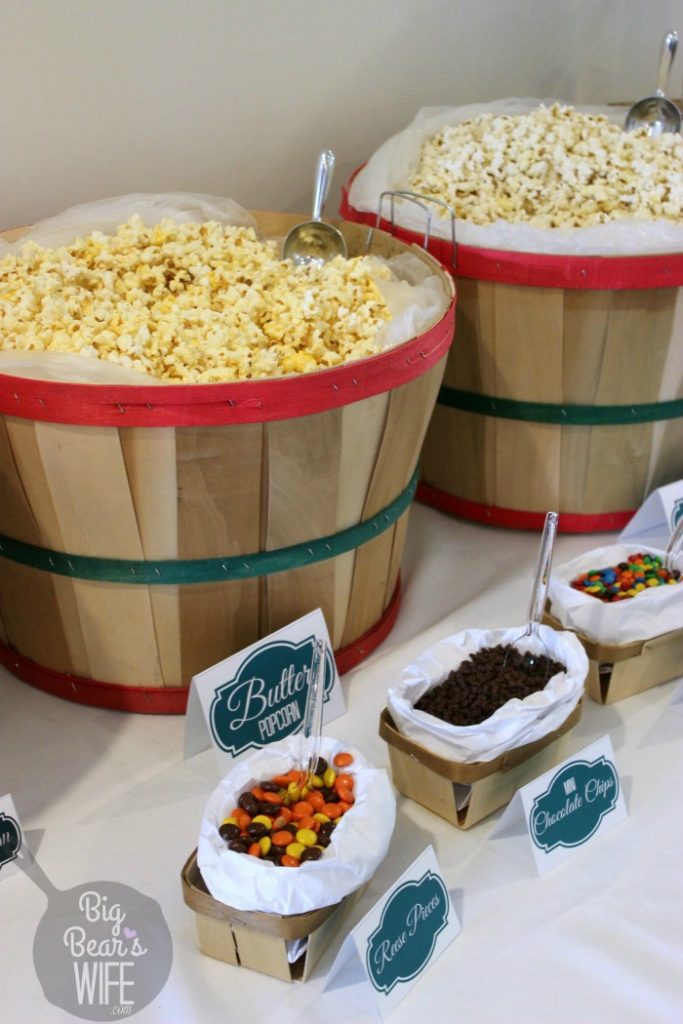 I picked three flavors for our popcorn bar:

The Butter Popcorn and Kettle Corn were just Orville Redenbacher boxes of popcorn that I popped in the microwave the morning of the shower. 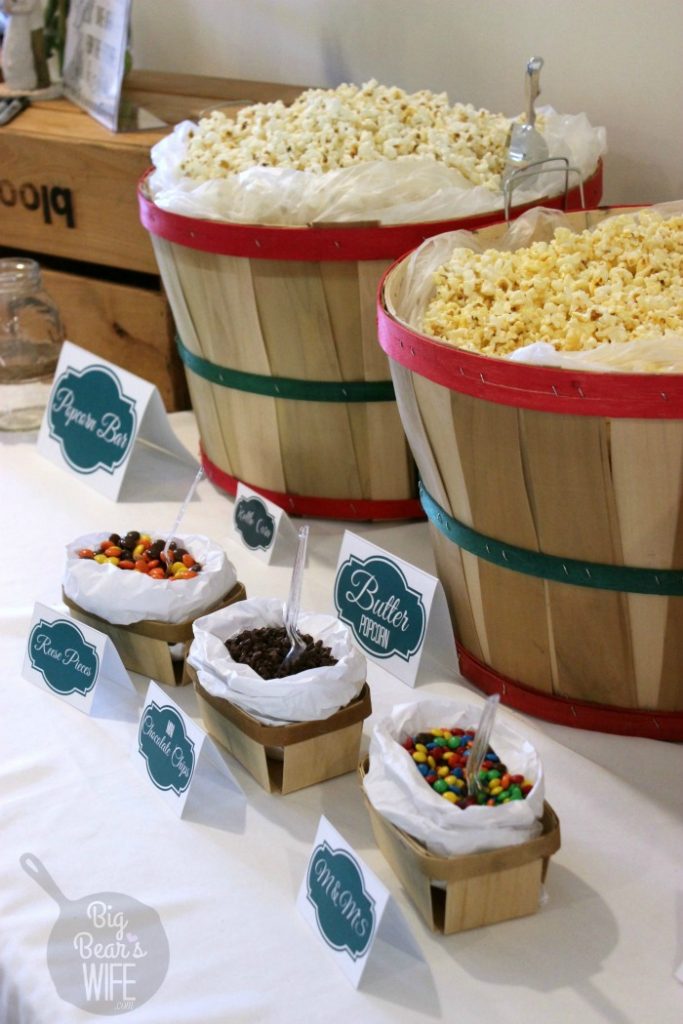 Then I sealed up the popcorn in plastic bags until it was party time!

For the popcorn baskets, I used three of these large large Bushel Baskets. However, those are huge baskets and I knew I didn’t want to pop THAT MUCH popcorn for the shower.

So Meghan’s dad had a great idea. He had some hoop cheese crates at the shop, so we turned those upside down, stuck them into the bushel baskets so that we didn’t have to fill them all the way up.

We filled up 3 large plastic bags with the popcorn and then sat the bags down into the bushel baskets at the party.  After that I popped a few little silver scoops into the popcorn for easy serving! 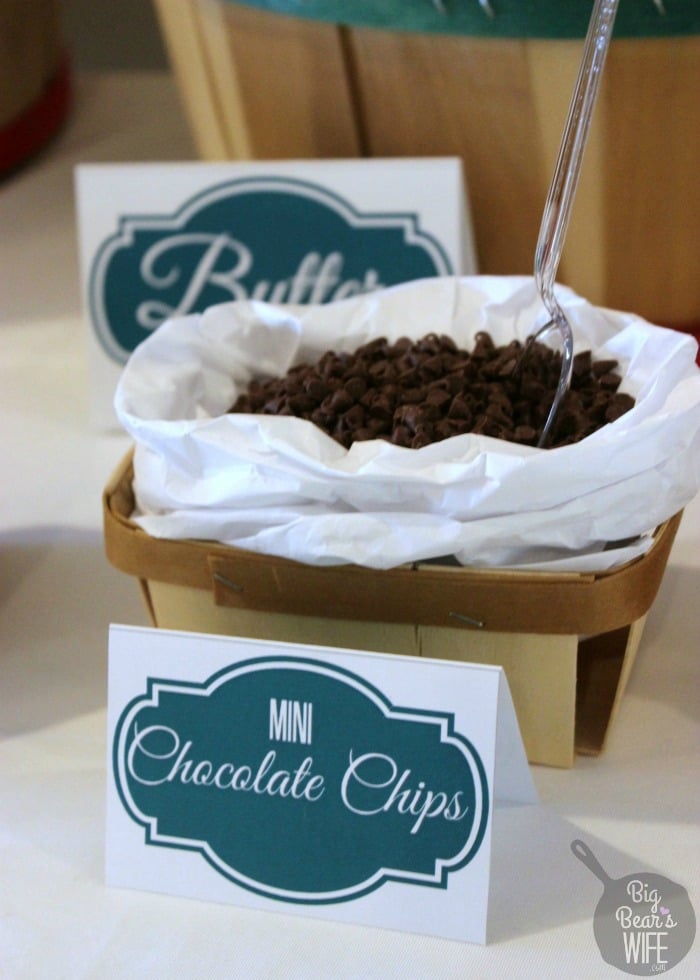 I also wanted a little something extra with the popcorn bar, so I decided to put out some toppings!

Now everyone is going to be making their own personal popcorn bags so we might as well give them some toppings to go with that popcorn! 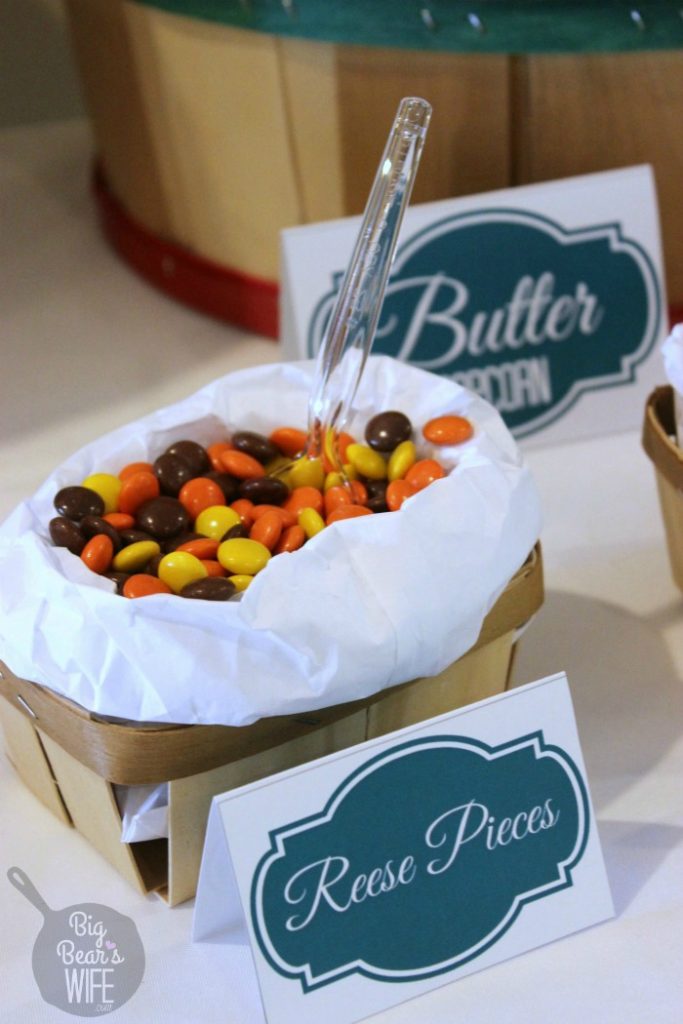 My mom use to eat M&Ms and popcorn when I was little so when I was thinking of toppings for the popcorn bar all I could think about was chocolate. haha.

I got a few little small rectangle bushel baskets and filled them with Reese Pieces, Mini Chocolate Chips and Mini M&Ms. 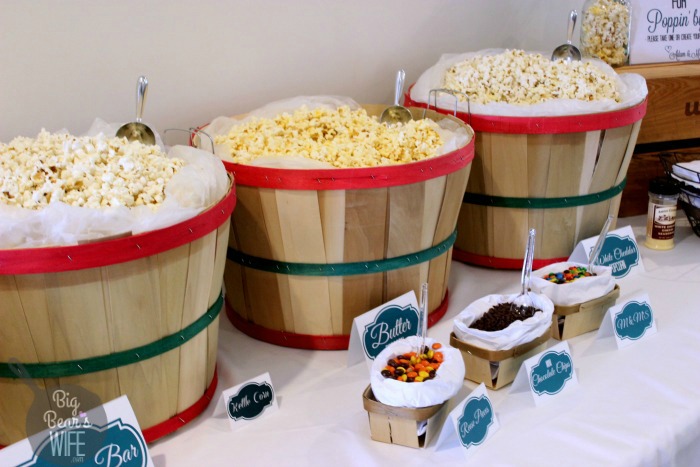 So since these are favors and people are going to want to take their treats home, they’ll need some bags.

In a little chicken wire basket, I laid out some white and brown paper bags with some twine for everyone to take their popcorn home. 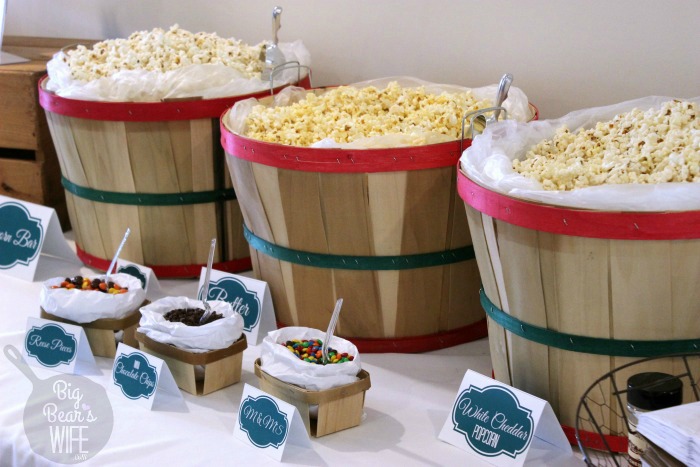 I finished off the popcorn bar with a little sign that said “Thank You”, well and a little message letting everyone know to make their own little popcorn baggie.

Towards the end of the wedding shower everyone started to gather over by the popcorn bar and before I knew it they were filling their bags with popcorn and toppings! 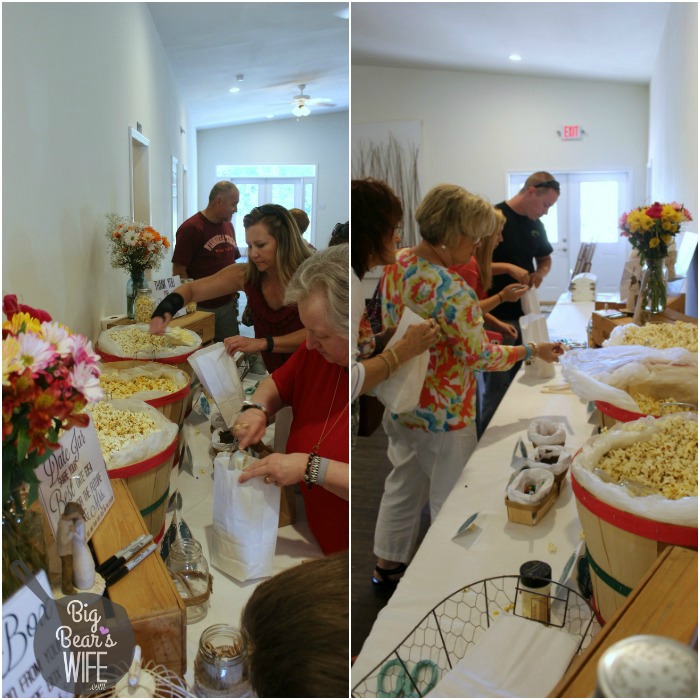 Such a fun little favor table!

How would you set up your popcorn bar? Any different topping ideas?