Ready to make the sweetest bridal shower gift? I’ve got the directions and step by step photos for you here! This towel cake is a great gift for a Future Mr. & Mrs, plus is looks adorable on the gift table at a Bridal Shower! 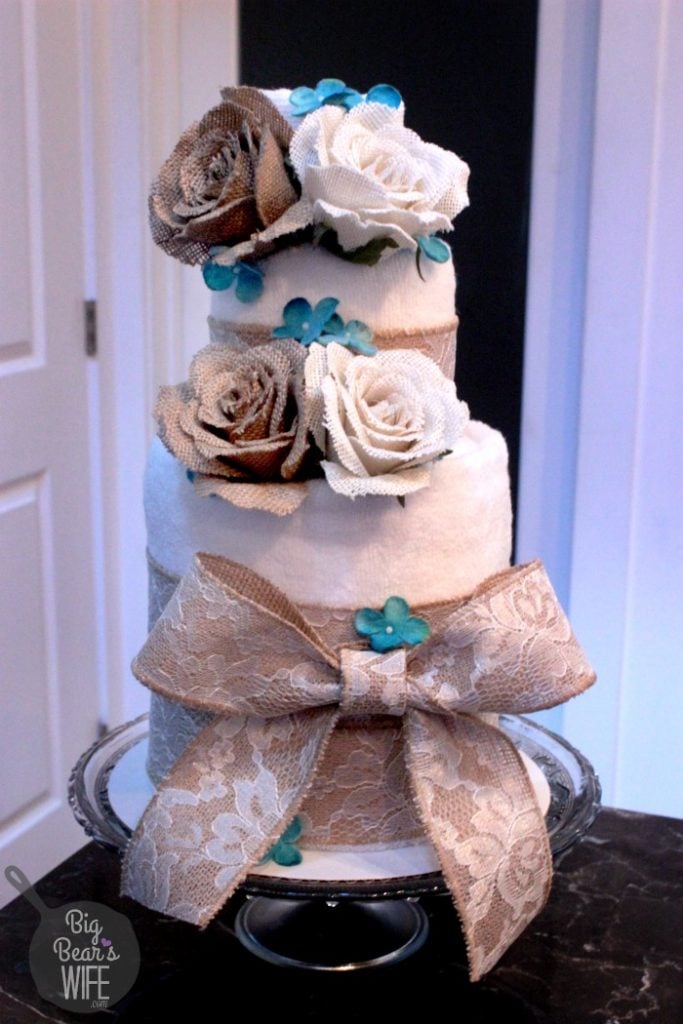 You read that right, we’re into the Single Digit count down for my brother’s wedding. In less than 5 days, my baby brother is going to become a husband and I’m going to have a super awesome sister in law!

So since the big day is almost here, let’s keep on track with the wedding post, shall we? Today it’s all wedding cakes, well….towel wedding cakes anyways. haha

My mom found a gorgeous picture of a burlap and lace accented wedding cake on RoseBakes.com so that was our inspiration for this towel cake! 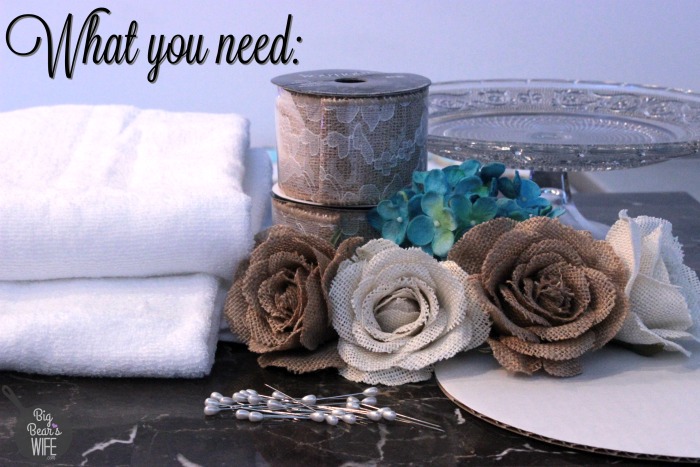 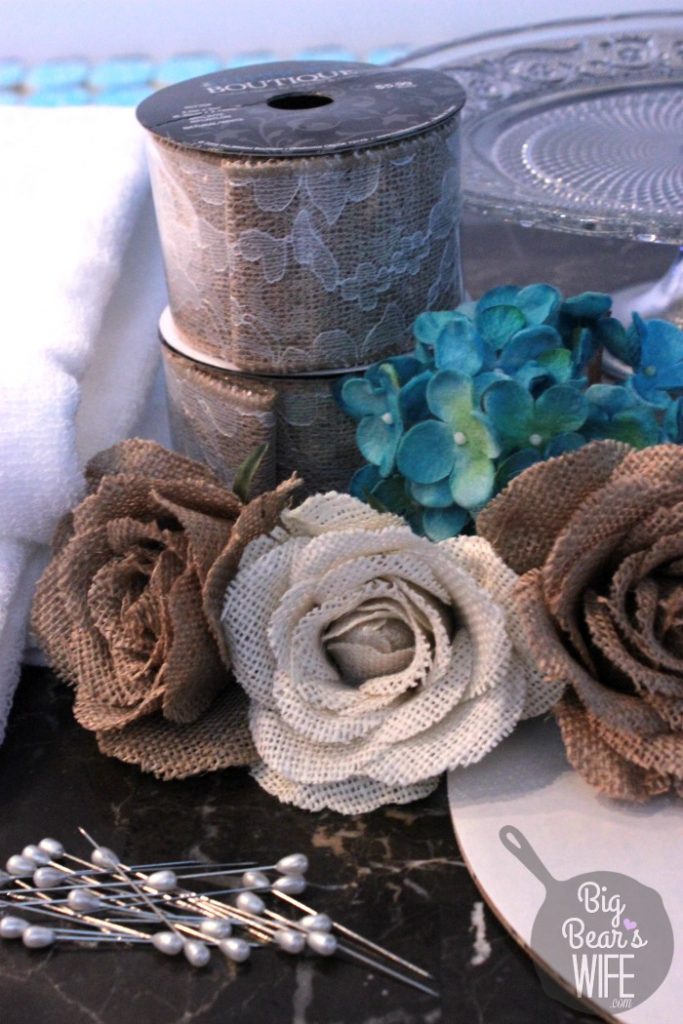 These are the flowers that we used and the pins.

You don’t have to use these fancy pins but we wanted them because they looked like little pearls. 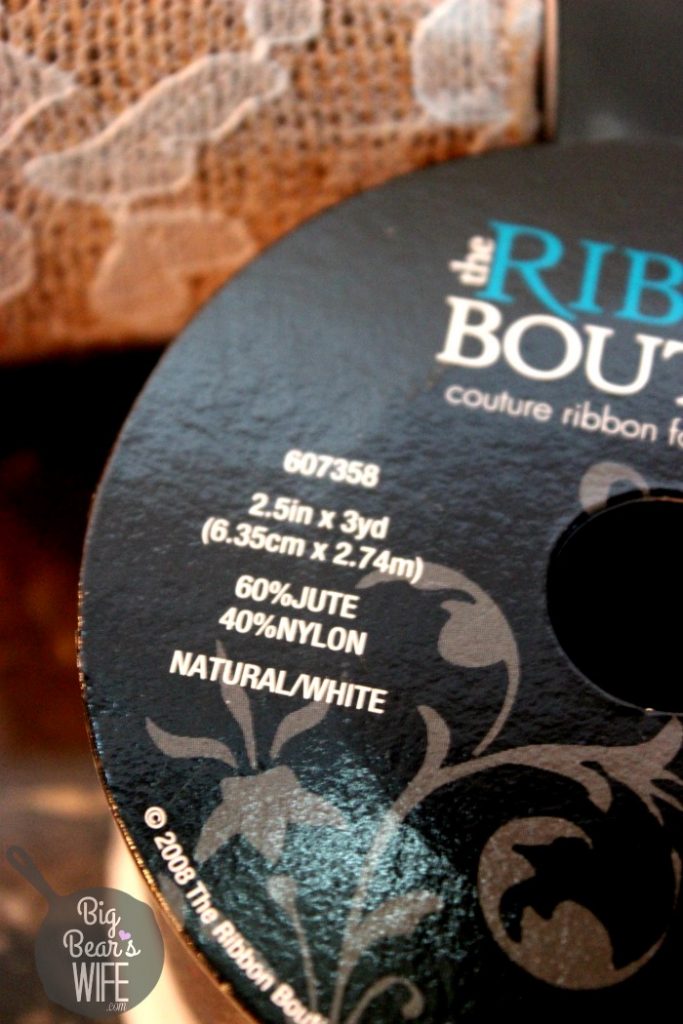 This is the burlap and lace ribbon that we used. It’s 2.5 wide and there’s 3 yards on each roll. I used two rolls between the cake and making the bow. 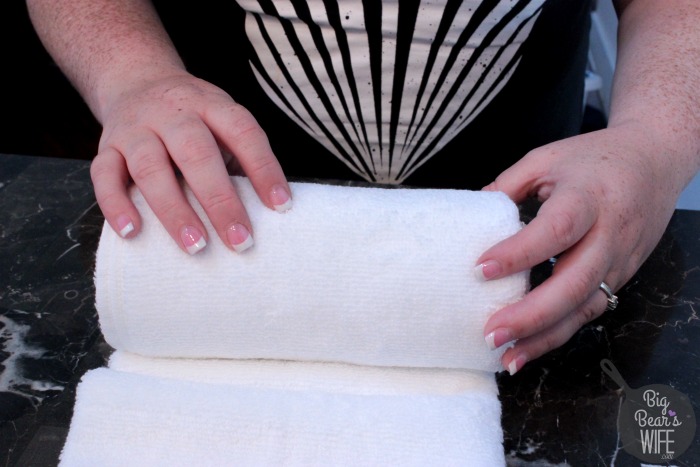 Start at the end closest to you and start rolling the towel. 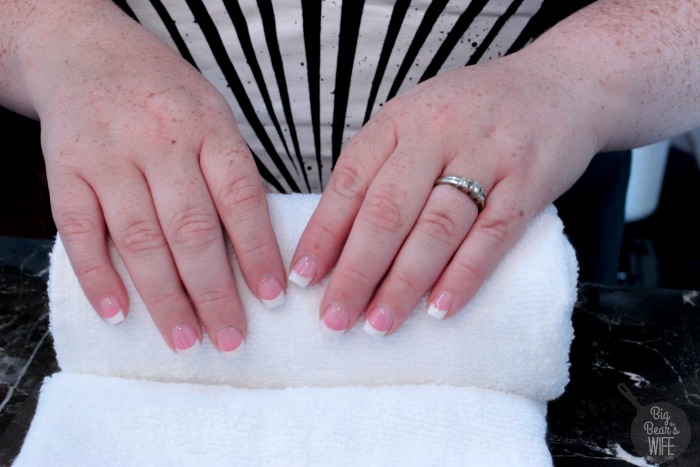 Keep rolling until you get to the end, making sure to keep the towel tight and neat. 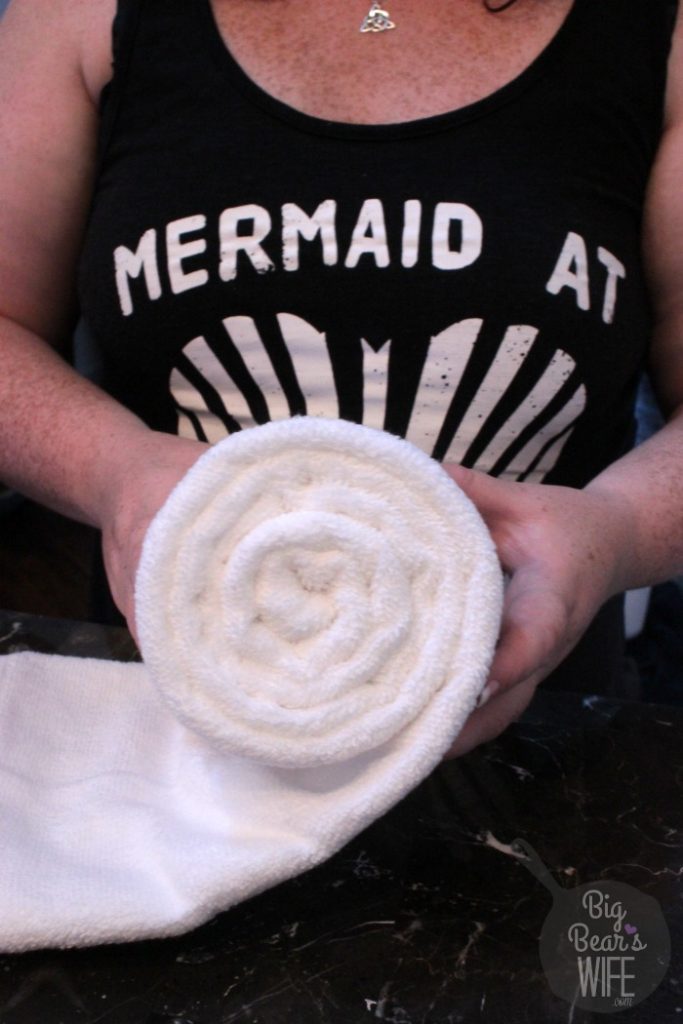 Do the same folding to the second large towel. Lay it end to end with the rolled towel.

Start rolling the second towel around the first as if it were one super long towel. 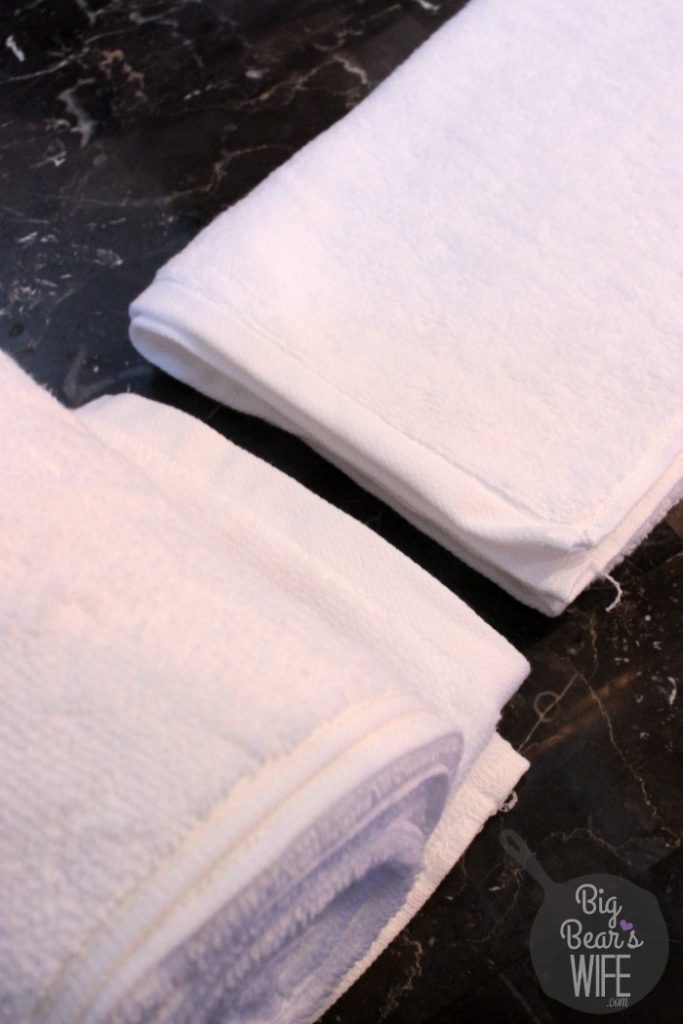 Keep rolling until you get to the end of the second towel. 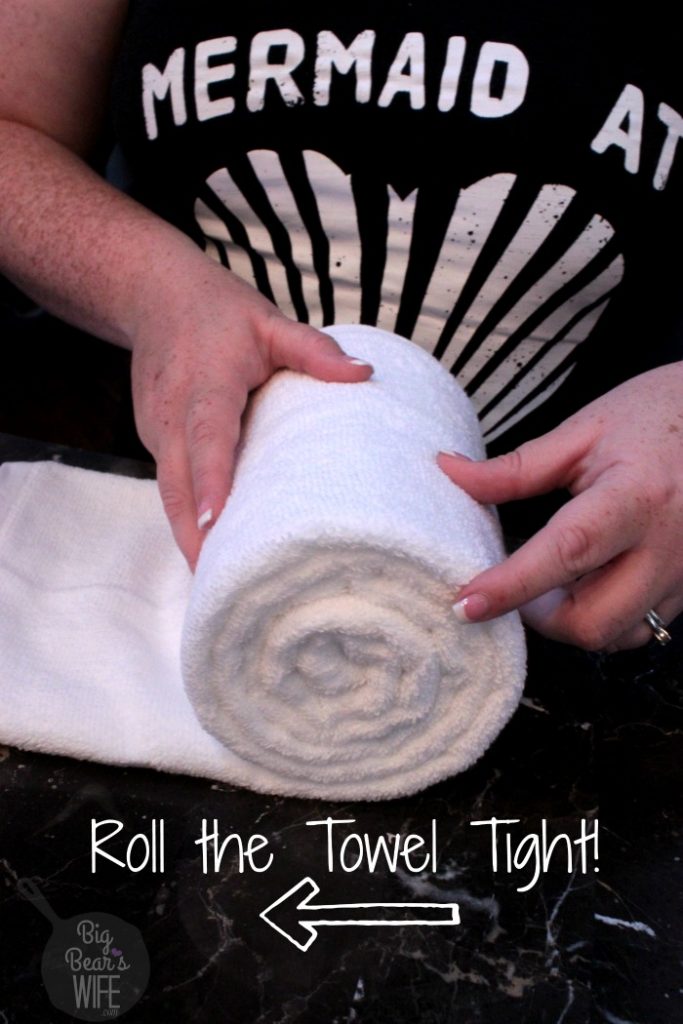 This is going to the be base of your “cake”. 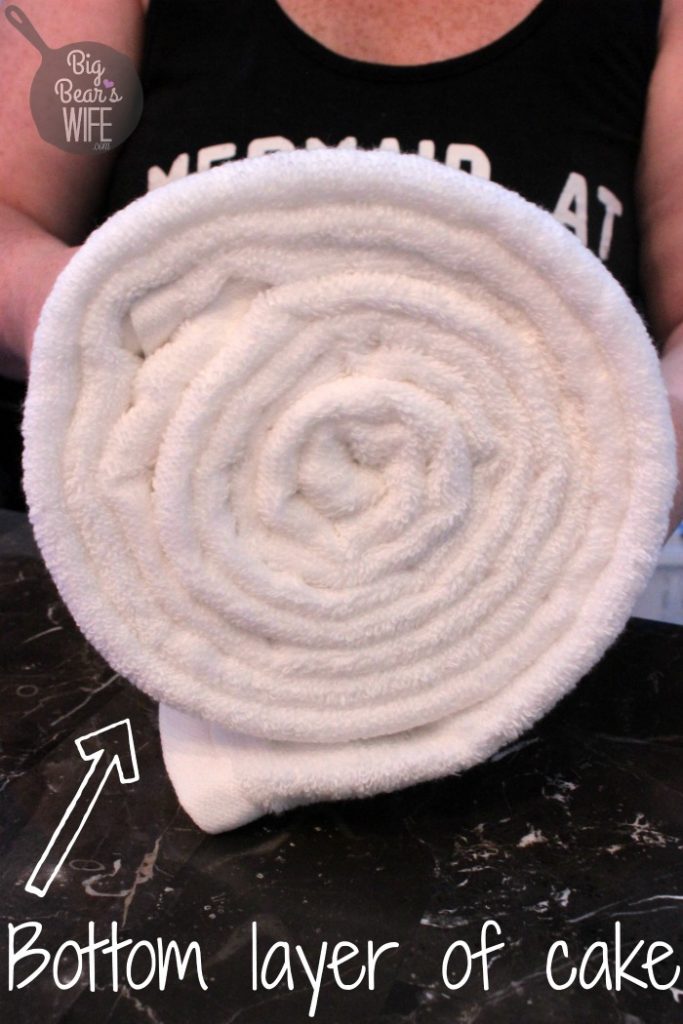 Use the straight pins to secure the towel. I used three pins in the bottom layer, two pins in the middle layer and one pin for the top layer.

Do the same process of folding and rolling with the middle and top layer of the cake. 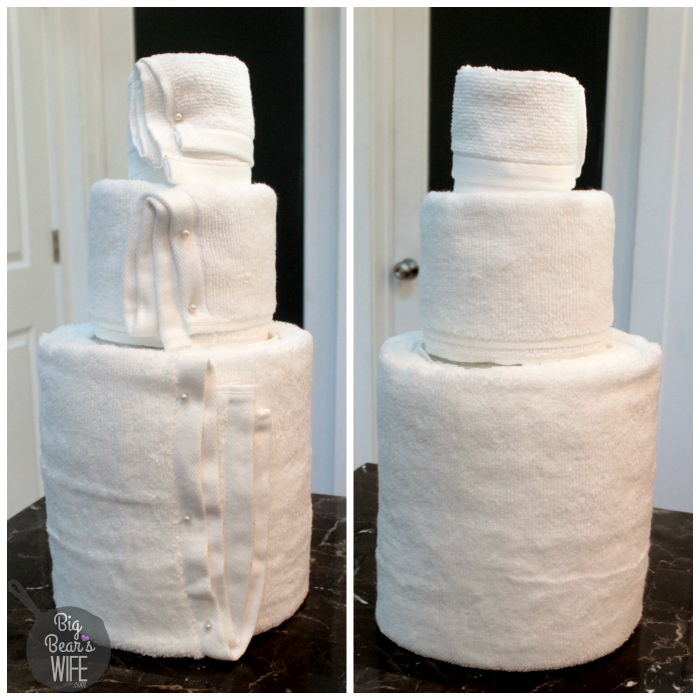 Stack them on top of each other to make the cake.  Make sure to lay your cake board down, first.

Now I know at this point you’re going to look at your cake and think, “what the heck is this mess???” but just stick with me. K? 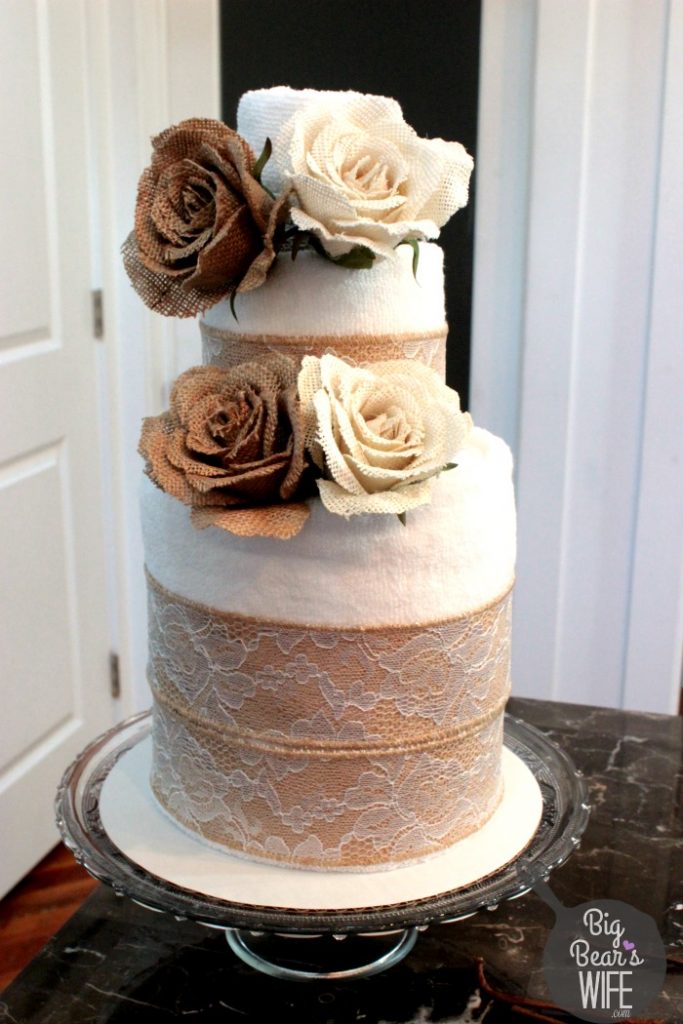 Now, wrap some burlap ribbon around the base of your cake to measure it.  Cut the burlap and pin it around the cake with another straight pin.  I added 2 strips of burlap ribbon to the bottom layers of our towel cake.

I used on strip of ribbon for the middle layer and then I folded a piece in half for the top layer. 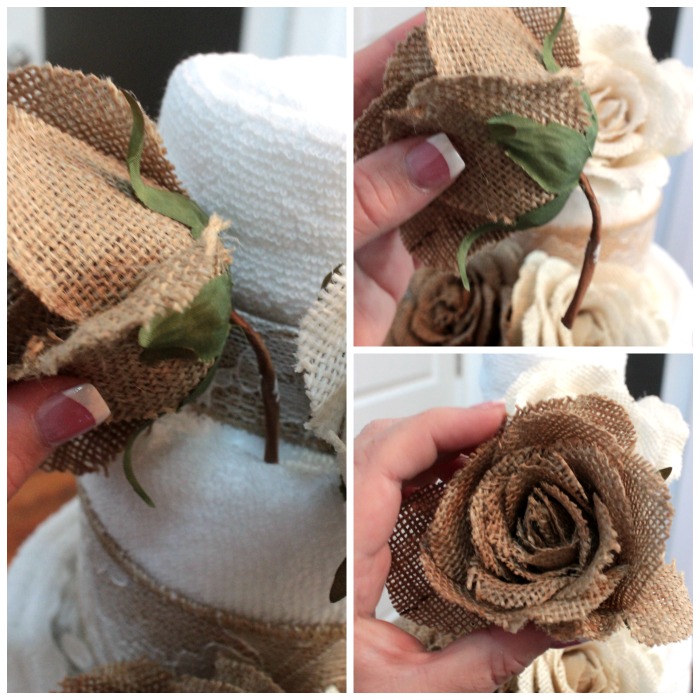 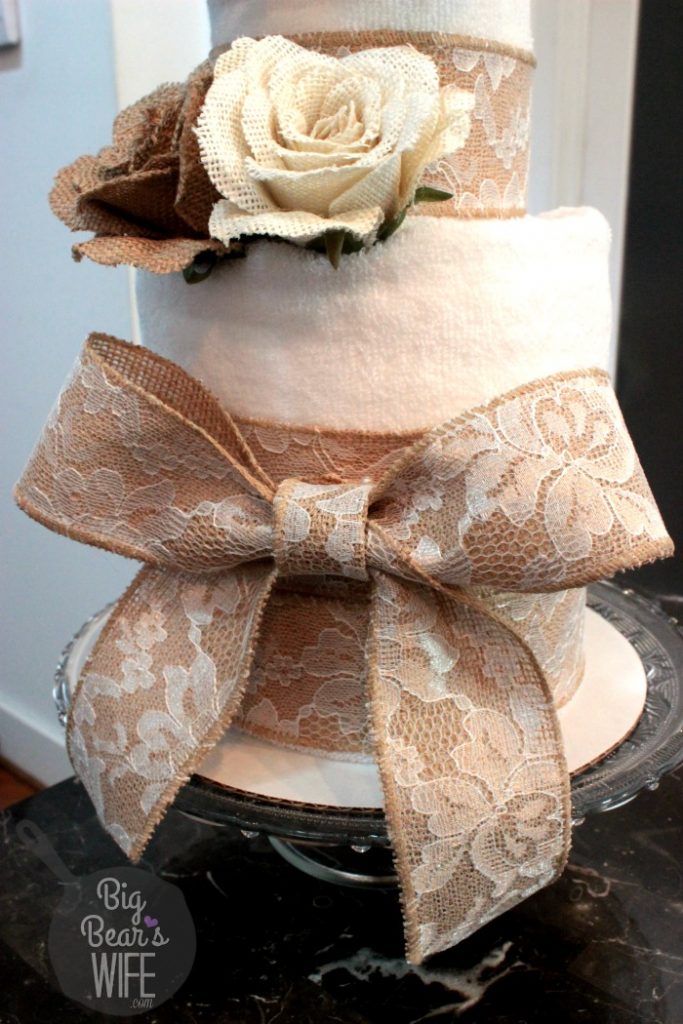 Next you need to make a bow. I’m thinking of doing a little tutorial on how to make burlap bows but until them, you’ll probably want to check out this video or this one on YouTube to get an idea of how to make it. 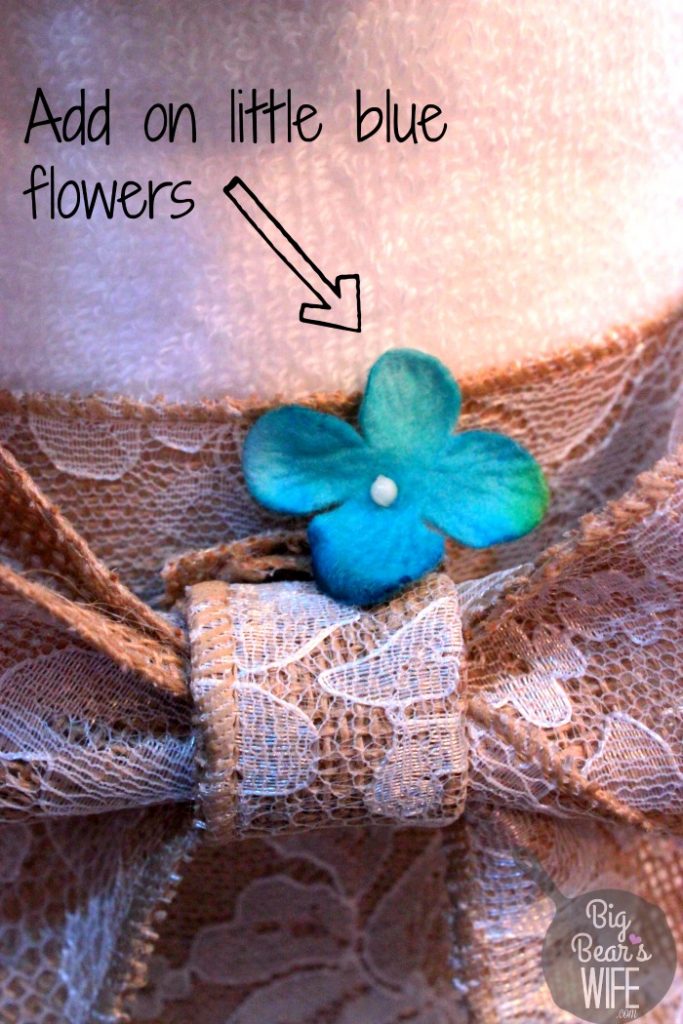 Then just stick a few little blue flowers into the cake. You can hot glue them if you want but I didn’t because I wanted them to be able to use the towels after the party!

I just took the little blue flowers in a baggie and placed the on the towel cake at the party. 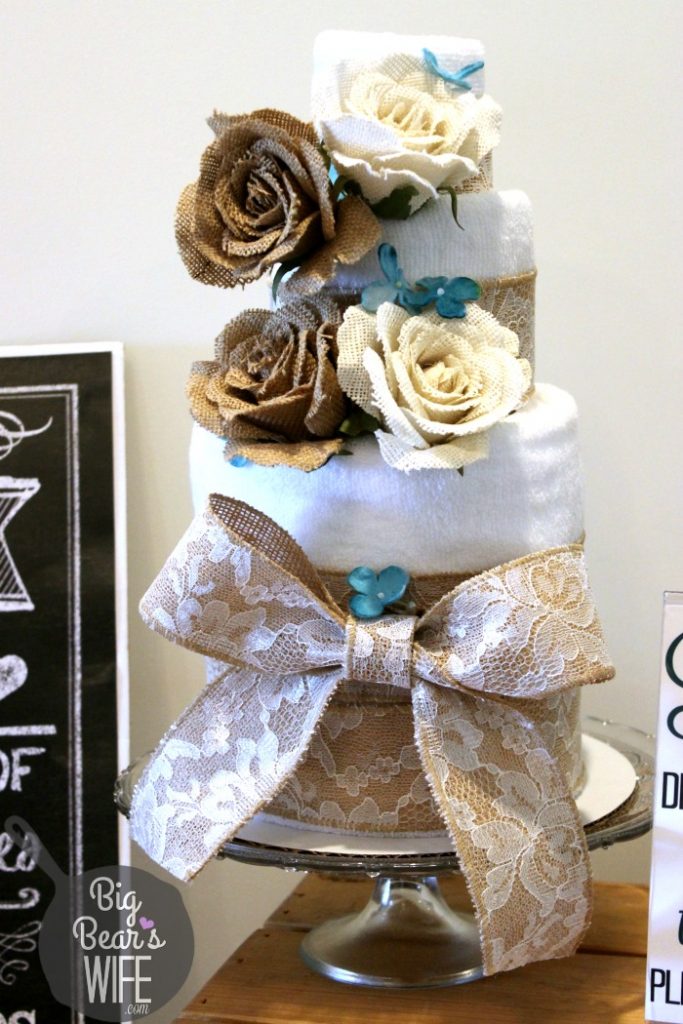 That’s it. That’s all you have to do to make one of these super cute towel cakes! 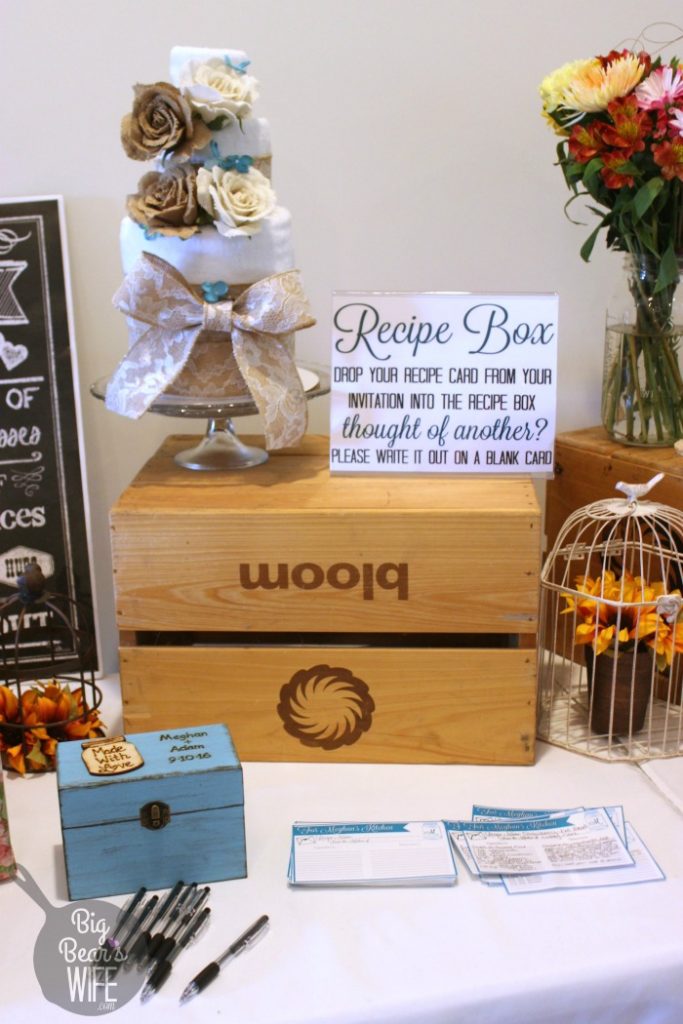 Even though it was a gift for the future bride and groom, we also used it as a center piece for their gift table and for the recipe box table!

Going to make one of these? I’d love to see a picture of it if you do!!

How to Make a Towel Cake for a Bridal Shower