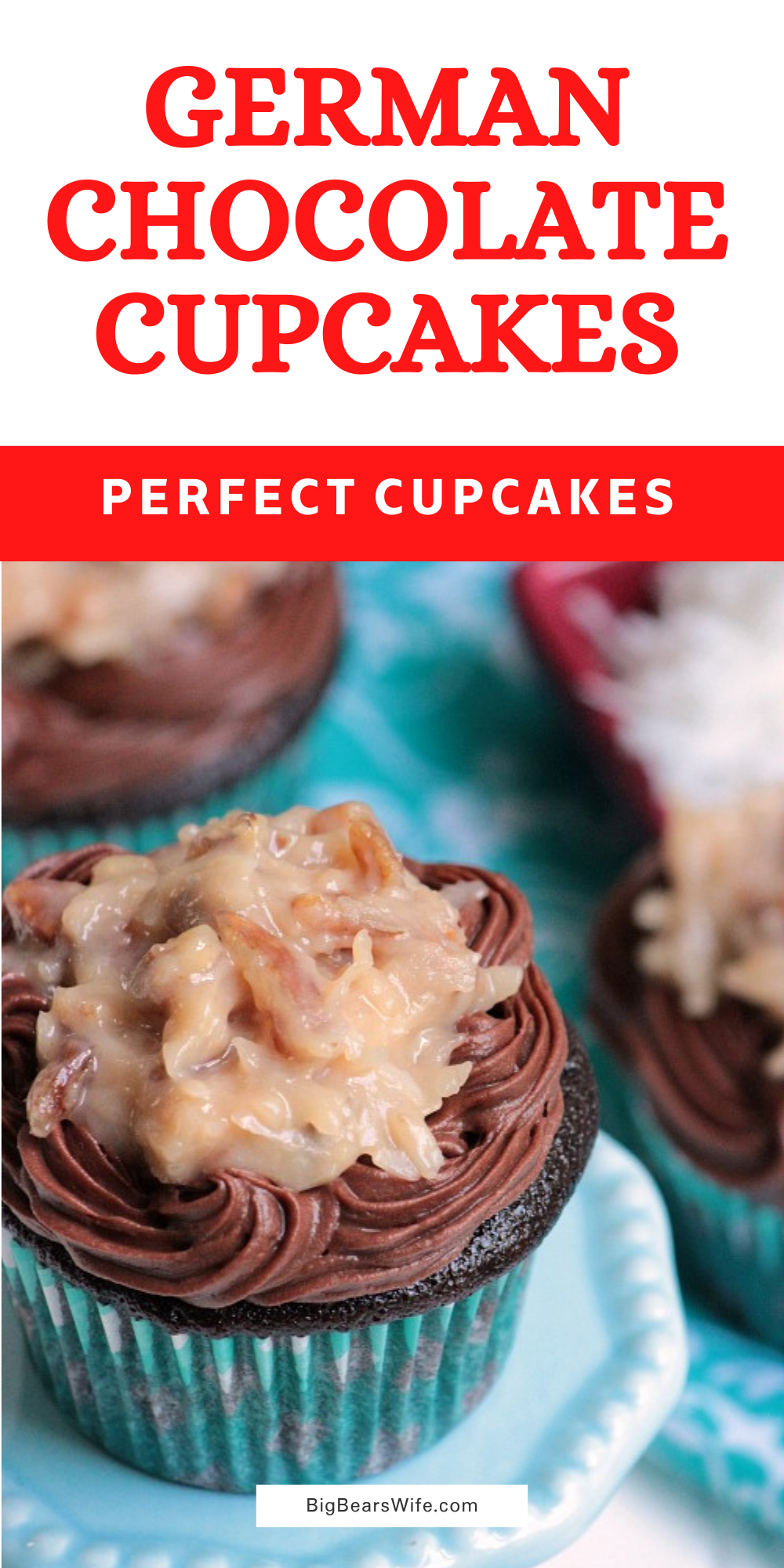 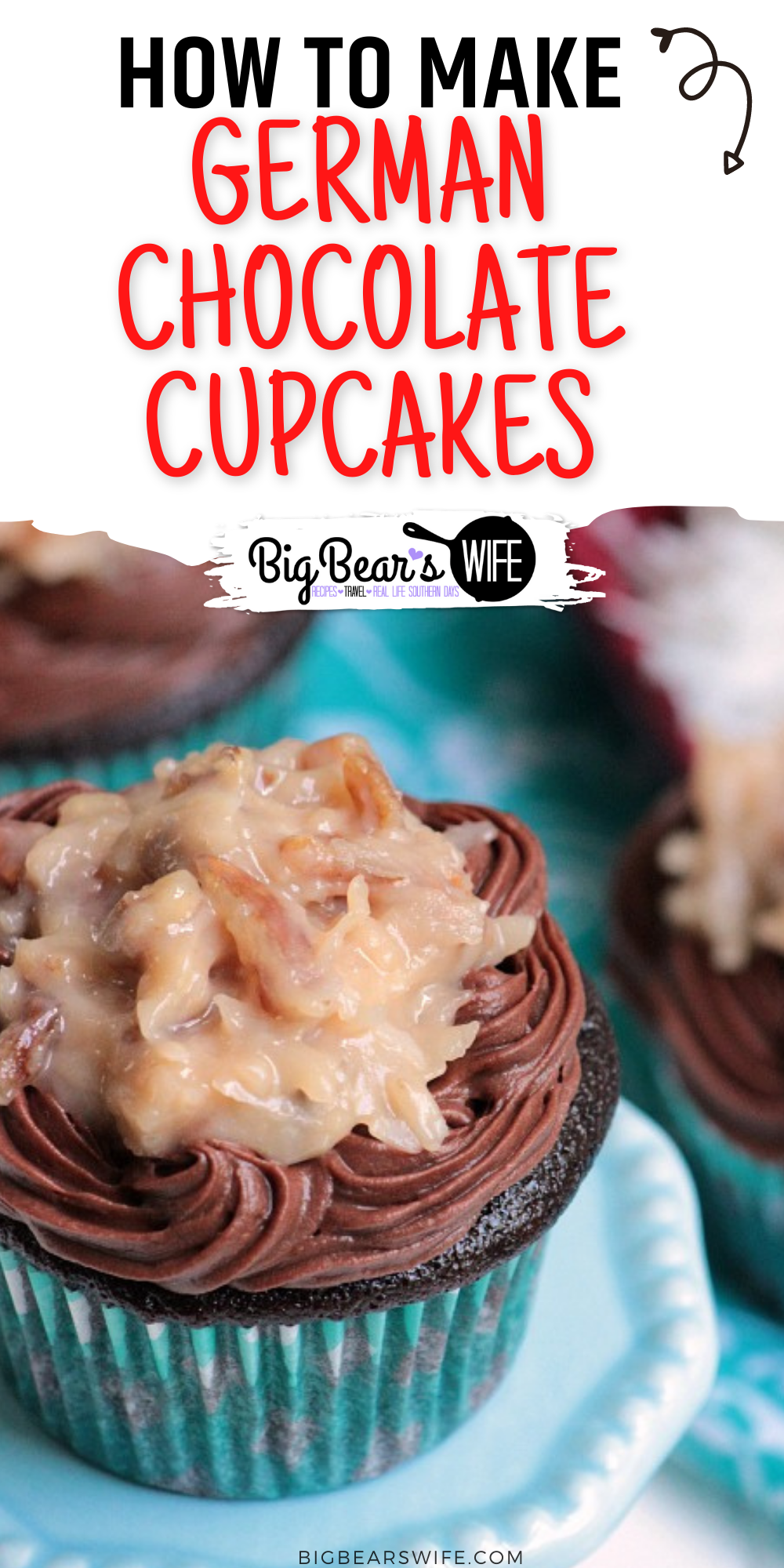 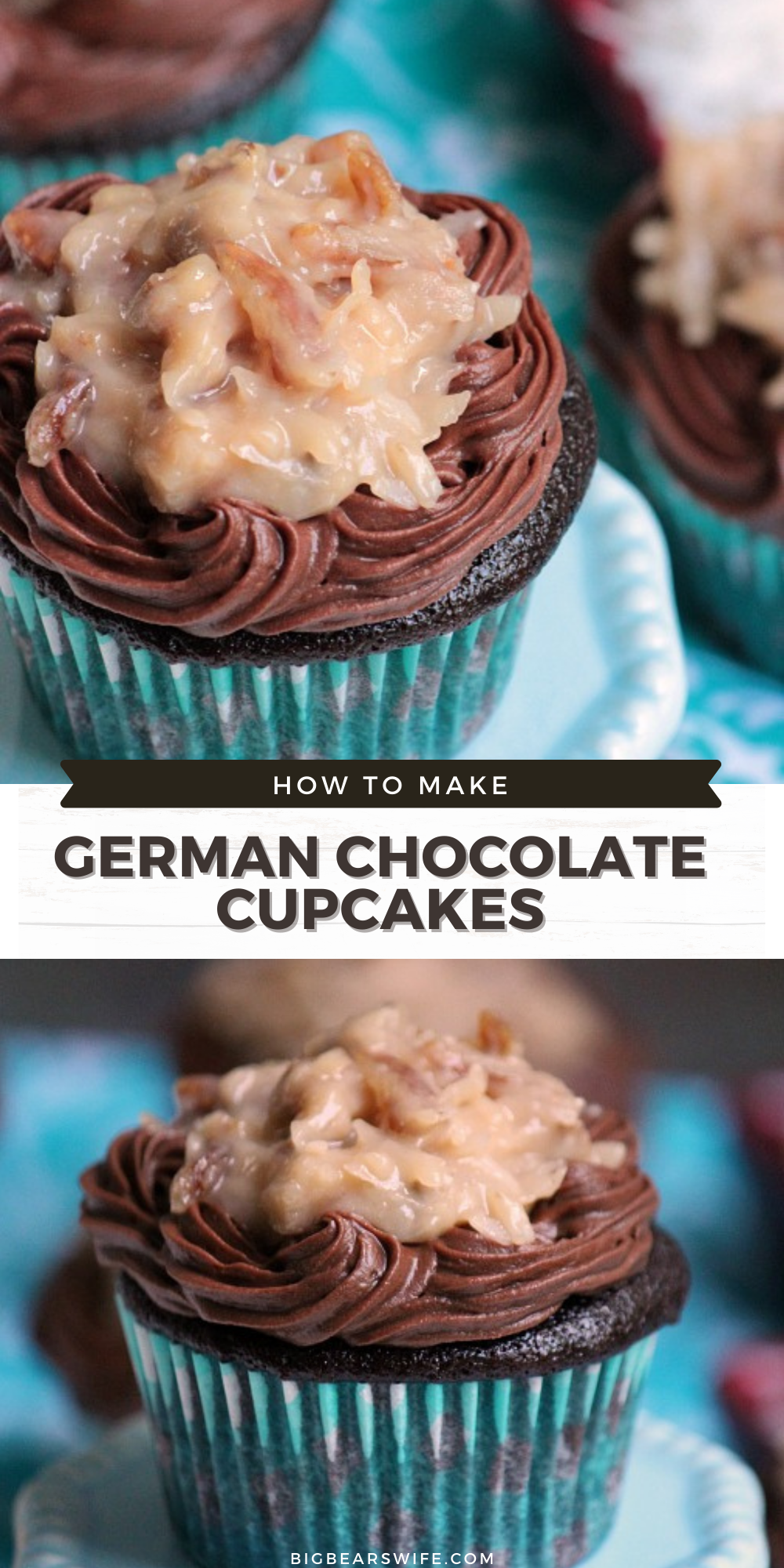 The last weekend of August wrapped up our busiest birthday month here. As I’ve said before, for our family, August packs in more Birthdays than any other month.

My dad’s birthday on August 31, ends our long month of celebrations!

I know I told him on his Birthday, but since I’m sharing his Birthday Cupcakes today, I just have to shout it again…… ‘HAPPY BIRTHDAY DIDDY! I LOVE YOU!” (Yes, that is suppose to be “Diddy” haha)

I had a rough week with doctor visits and such the week before his birthday but I really wanted to make him an awesome birthday cake since we didn’t really have a ton planned for his birthday. After all, this was his 60th birthday and we total suck and didn’t plan anything!

I was all prepared to make this Chocolate Espresso Layer Cake from Savory Simple for him until he told be that he had a suggestion for his cake. *Insert Sad Face*

My dad knew this, my husband knew this… I did not.

So I set out to make this amazing 3 layer German Chocolate Cake for my dad’s birthday. I bought 3 new awesome cake pans because I wanted layers in the cake! I mixed the batter,  baked the cakes and then let them cool.

I let everything cool and then I started to assemble my cake. The cake Gods HATE ME! The cakes hated me! I finally got them stacked, filling between each layer and started my crumb coat. Half way through icing the thing it started to fall apart. Cracked down the middle the the top layer started falling off.

Tears… Tears I tell you!

I pushed it all back together and shoved it into the freezer and started to panic. Dinner was almost here and I needed a German Chocolate Cake… like NOW.

I re-made the batter and re-made the filling. I grabbed a can of icing from the pantry and dug through my kitchen for cupcake liners.

I raced to bake the cupcakes, let them cool, piped a ring of chocolate fudge icing and filled the top of those cupcakes full of sweet coconut pecan filling!

They were done, literally as I was walking out of the door to head to Lynchburg to celebrate Dad’s birthday! Haha 🙂

Ps….. I think that cake is still in the deep freezer down stairs in the basement…. oops….

In a large bowl, mix together the flour, sugar, baking soda, salt and coco powder. (I do this in my stand mixer).

Next add in the eggs, milk and oil. Mix Well. Stir in the vanilla. Carefully mix in the boiling water. The batter with be liquid like!

Pour batter into cupcake liners that have been placed into a cupcake tray.

Whisk egg yolks, milk and vanilla together in a medium sauce pan. Whisk in the sugar and butter and cook on medium heat for about 10 minutes or until the mixture is thick.

Remove from the heat and stir in the coconut and the pecans.

I used canned chocolate fudge icing for these cupcakes. But if you want to make your own chocolate icing that will work too.

Pipe a ring of chocolate icing around the top of the cupcakes and then top the cupcake with the coconut pecan filling.