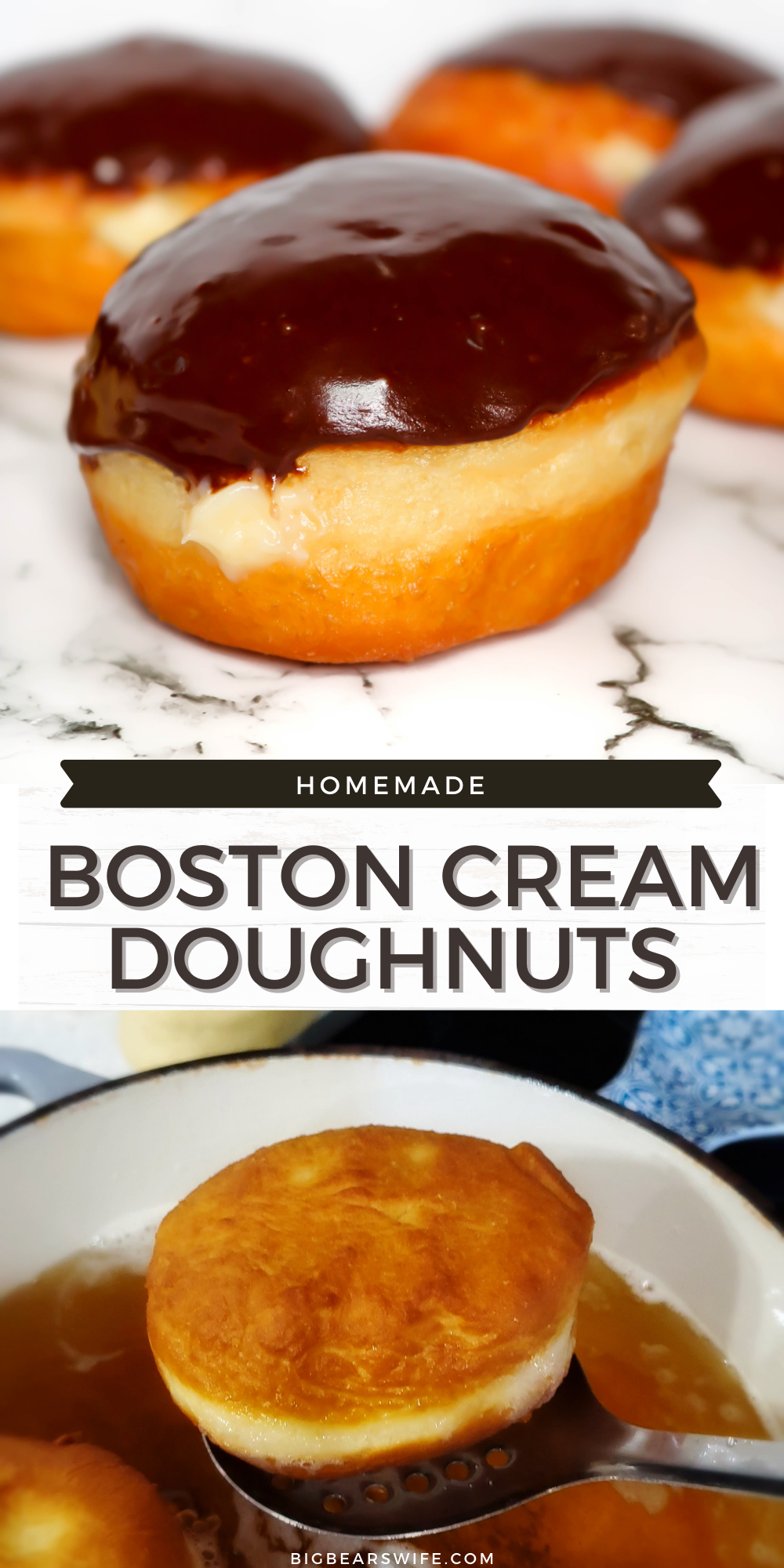 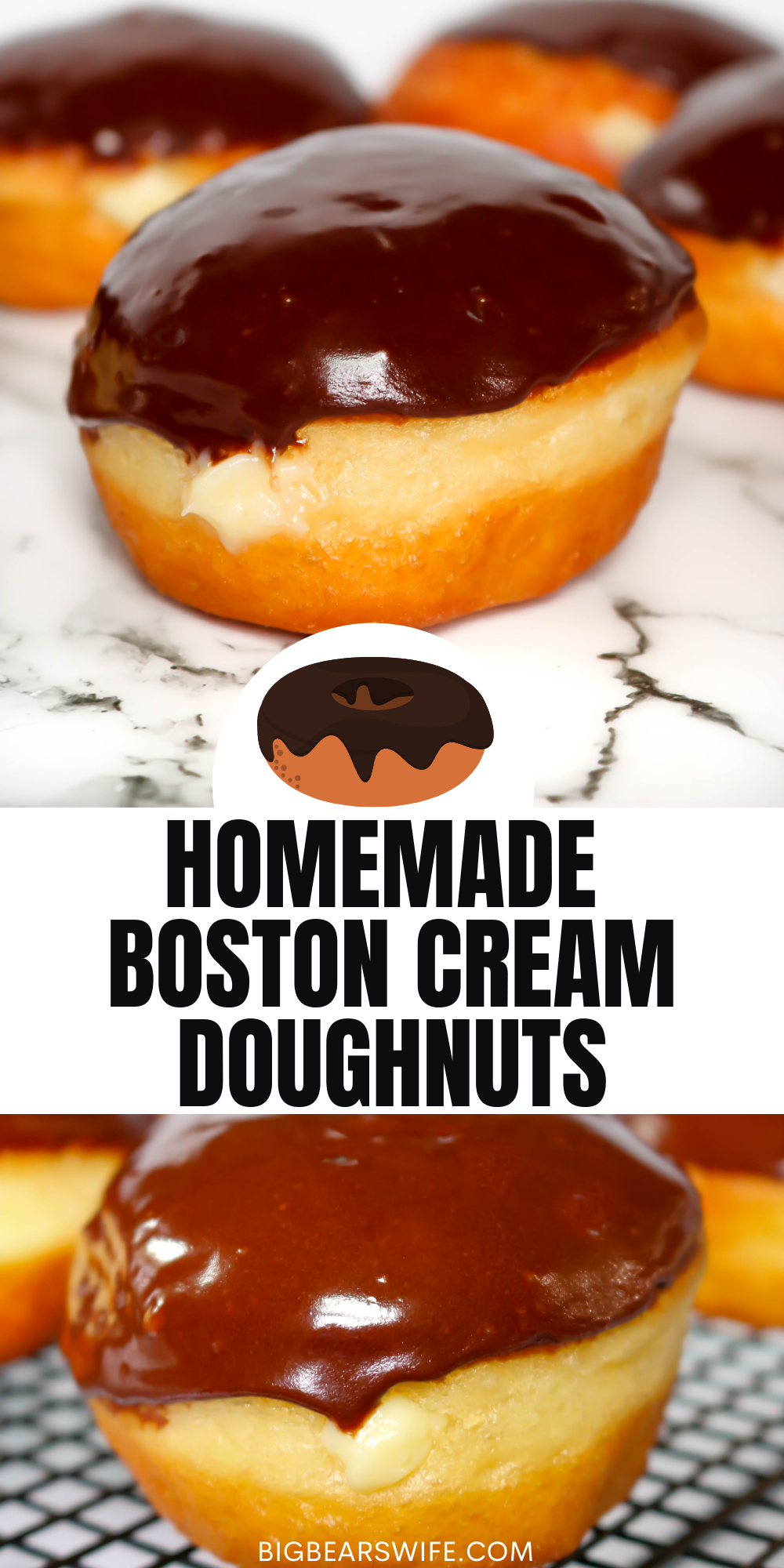 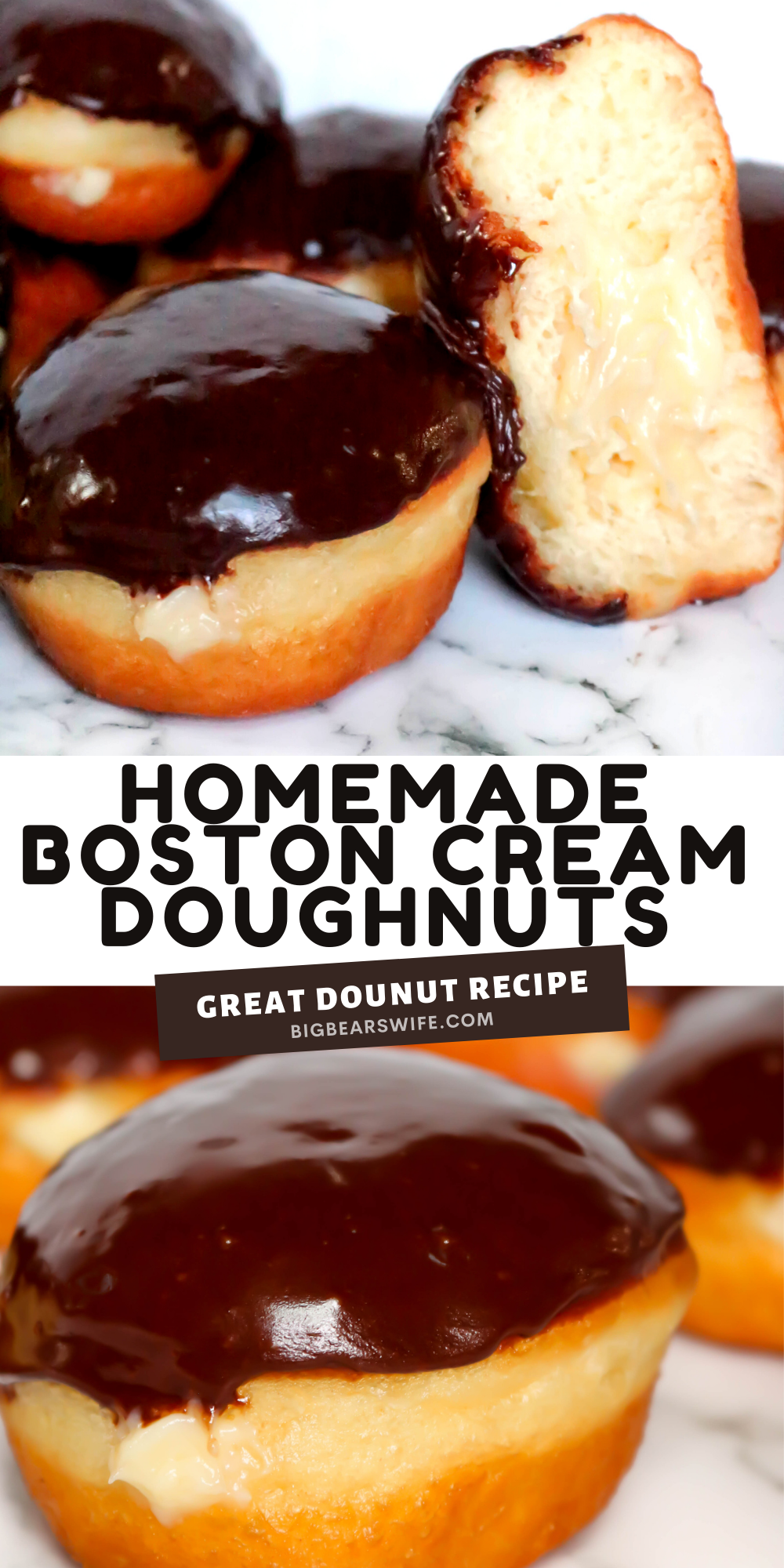 These Homemade Boston Cream Doughnuts are a take on on the popular Boston Cream Pie dessert! Don’t be afraid of making homemade doughnuts! It’s easier to make doughnuts at home, than you think !

We don’t have any of the common chain doughnut stores around here but my husband still loves to stop at them sometimes when we’re out of town. So I thought it was about time for me to teach myself how to make them at home!

After a few trial runs, we’ve fallen in love with these Homemade Boston Cream Doughnuts! 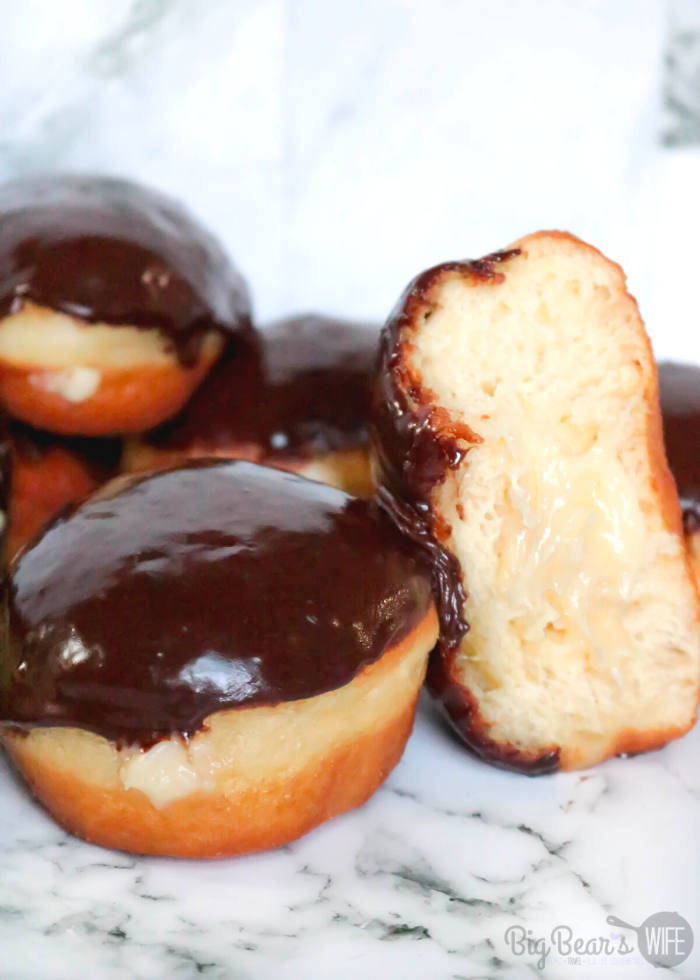 What you need for Homemade Boston Cream Doughnuts: (amounts in recipe)

Use the recipe provides to create the doughnut dough.

Cover with a kitchen towel or paper towel and let rise about 30 minutes.

Then it is time to fry! 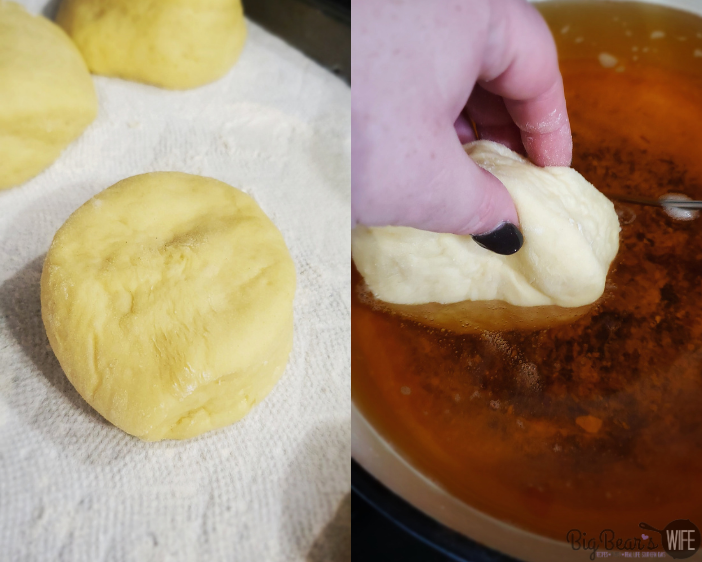 Lift each doughnut gently off towel and carefully and gently place in oil. 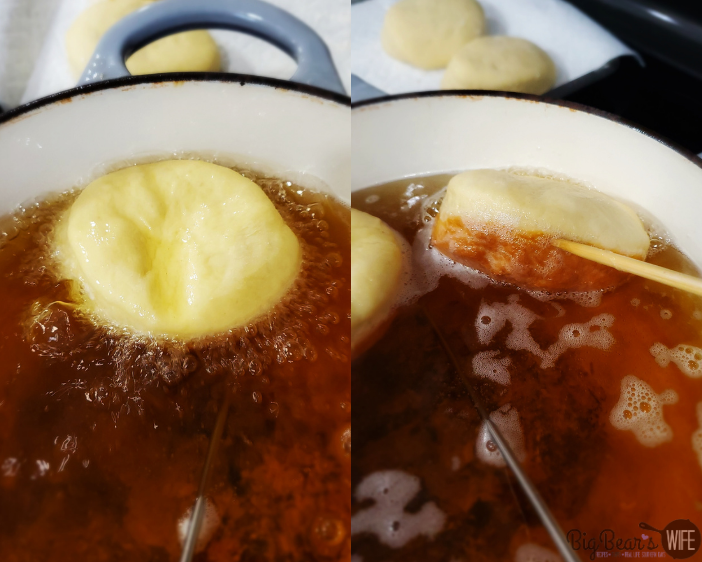 Cook on each side until golden in color,1-2 minutes per side. 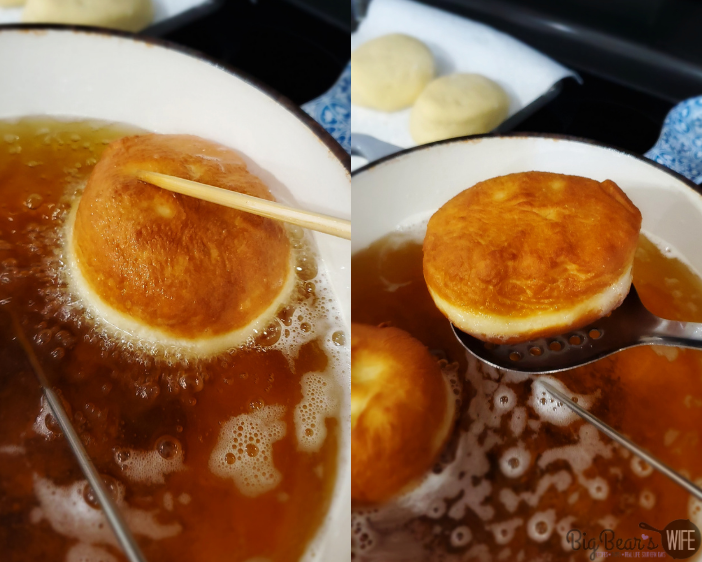 Lift out of oil with a slotted spoon and drain on a wire rack or cookie sheet fitted with paper towels.

Let doughnuts come to room temperature before filling and glazing. 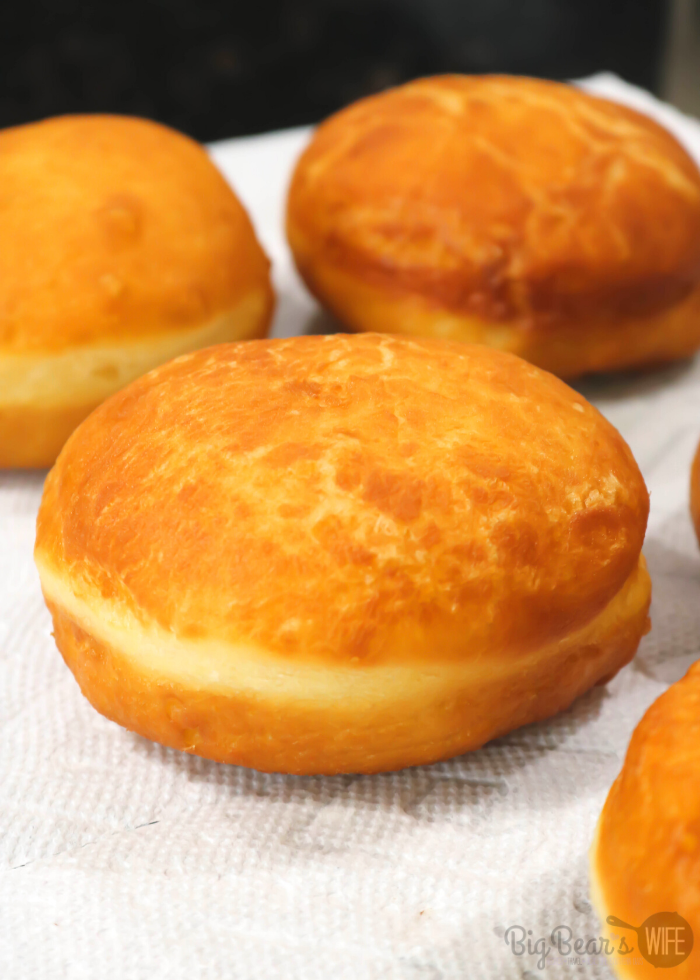 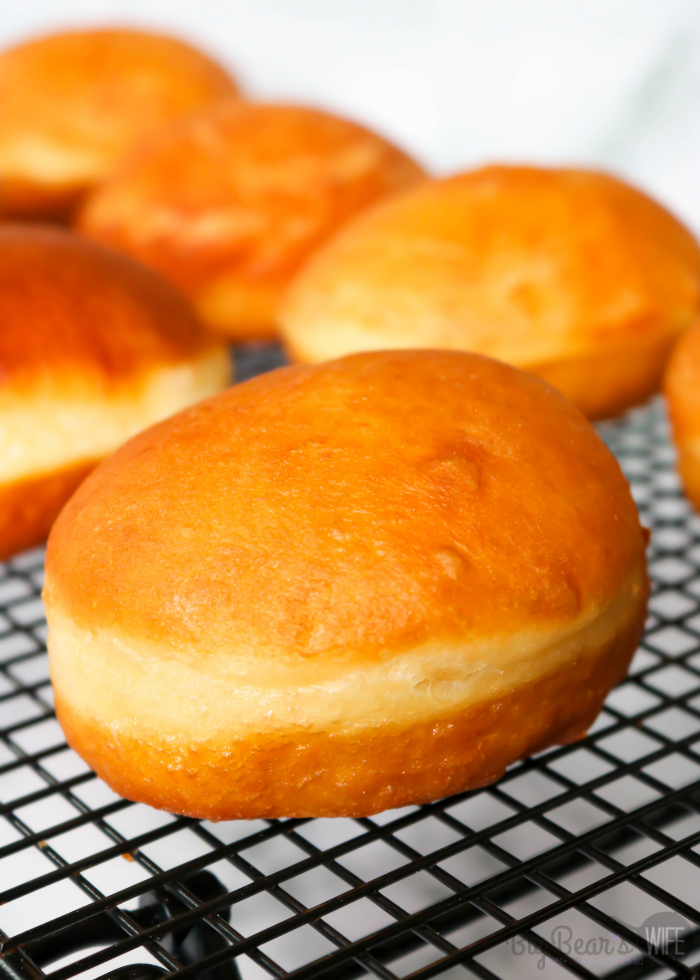 Once cool, fill doughnuts with filling. Use a chopstick to poke a hole into side of doughnut. 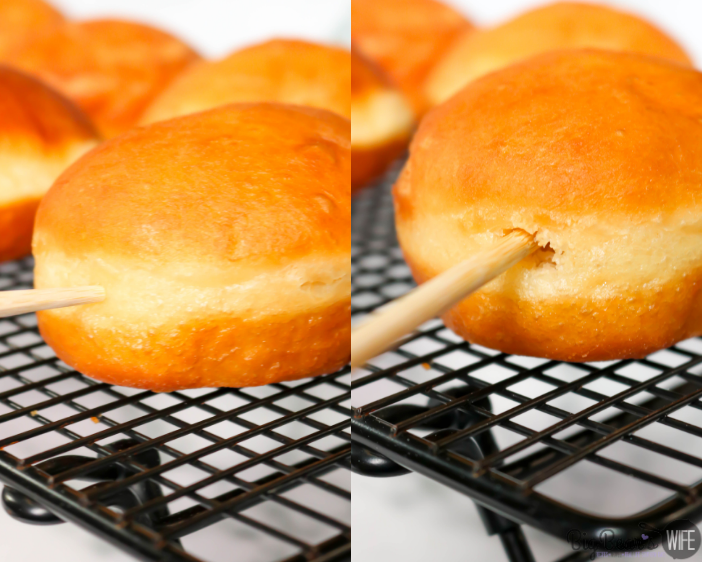 Wiggle chopstick around center of doughnut to make room for filling.

Use a piping bag filled with chilled filling and fill each doughnut. 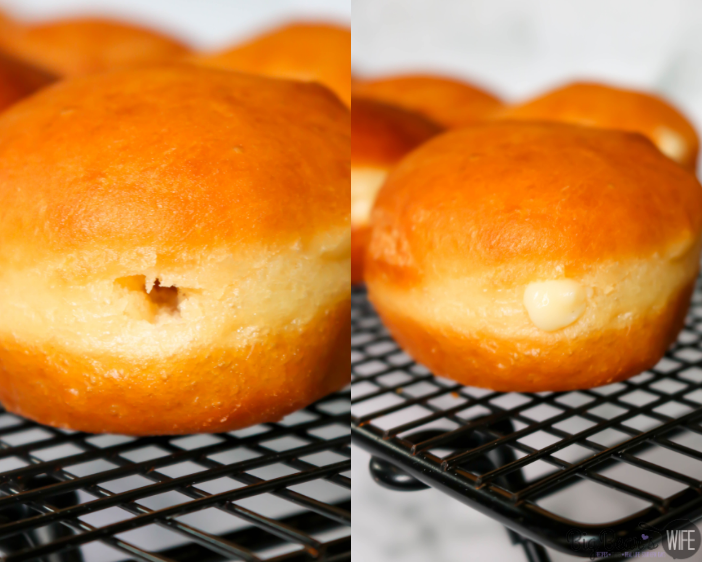 To make glaze, in a medium bowl, whisk together powdered sugar, cocoa powder, and salt. 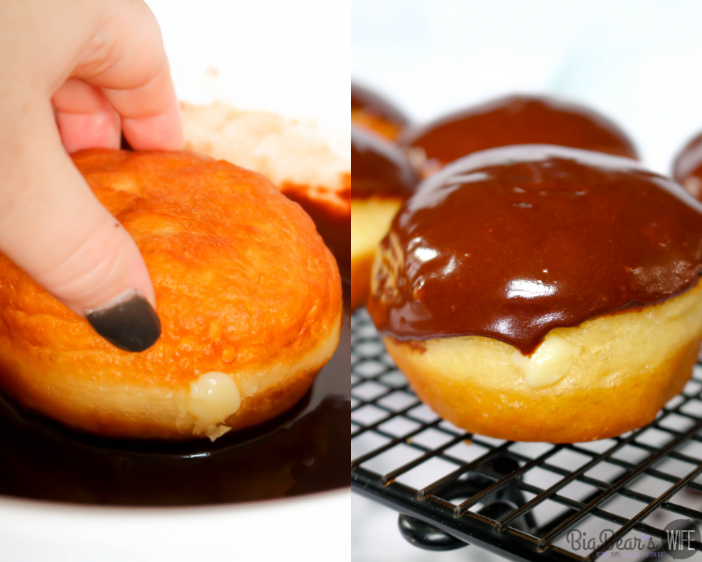 Tap off excess glaze and place on a wire rack for glaze to dry. 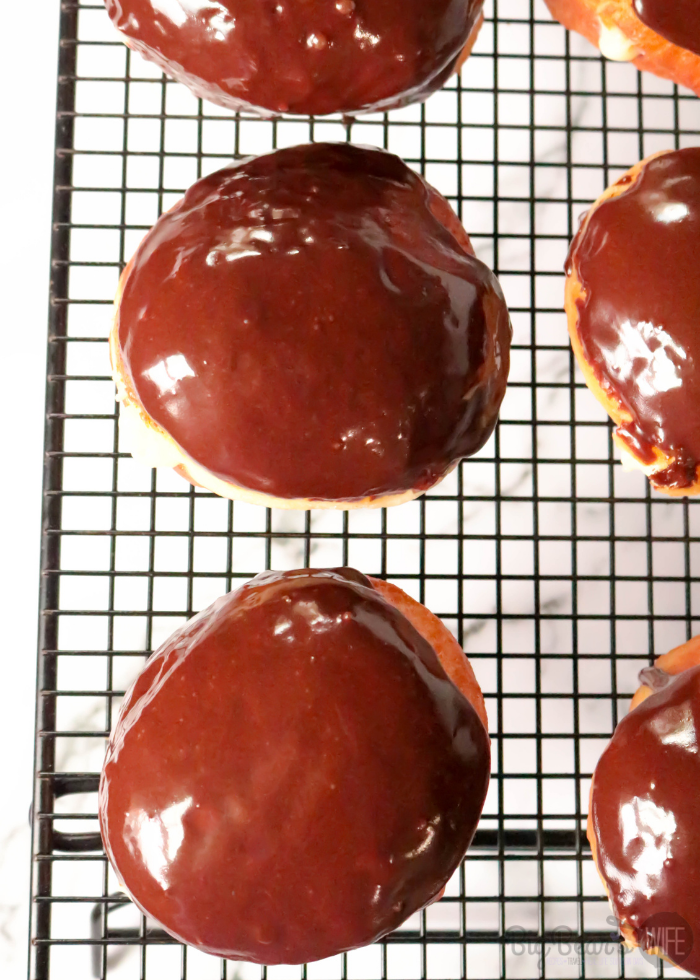 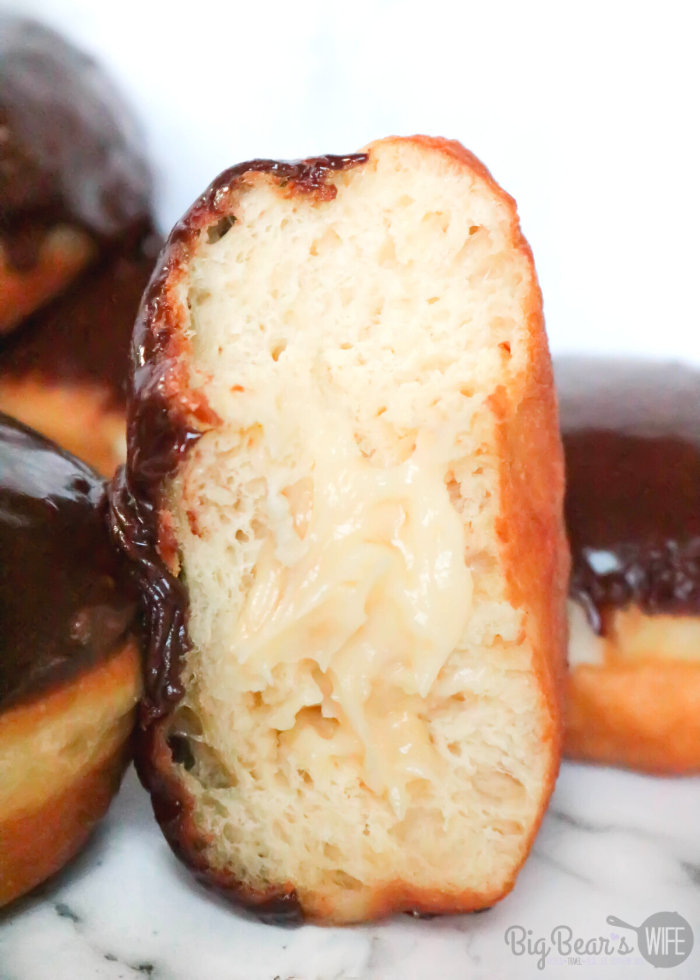 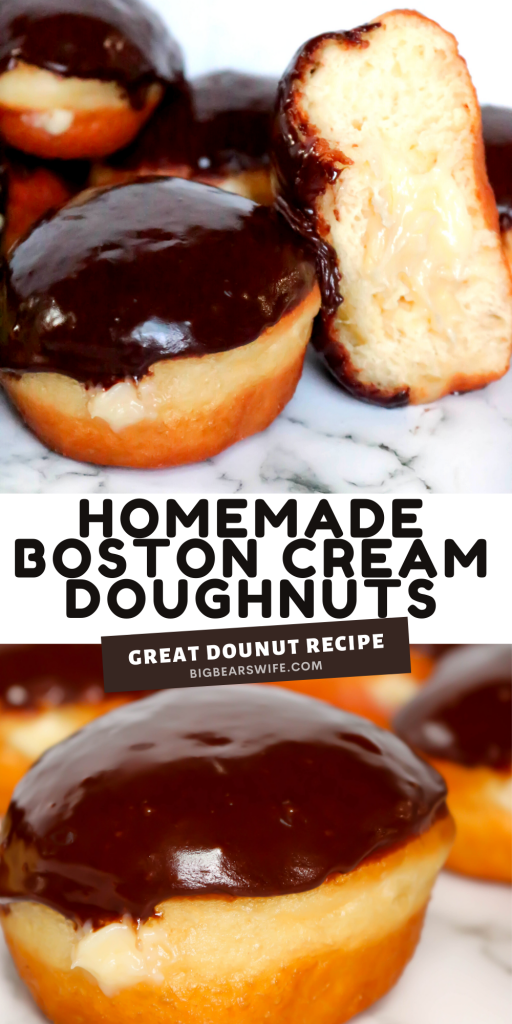