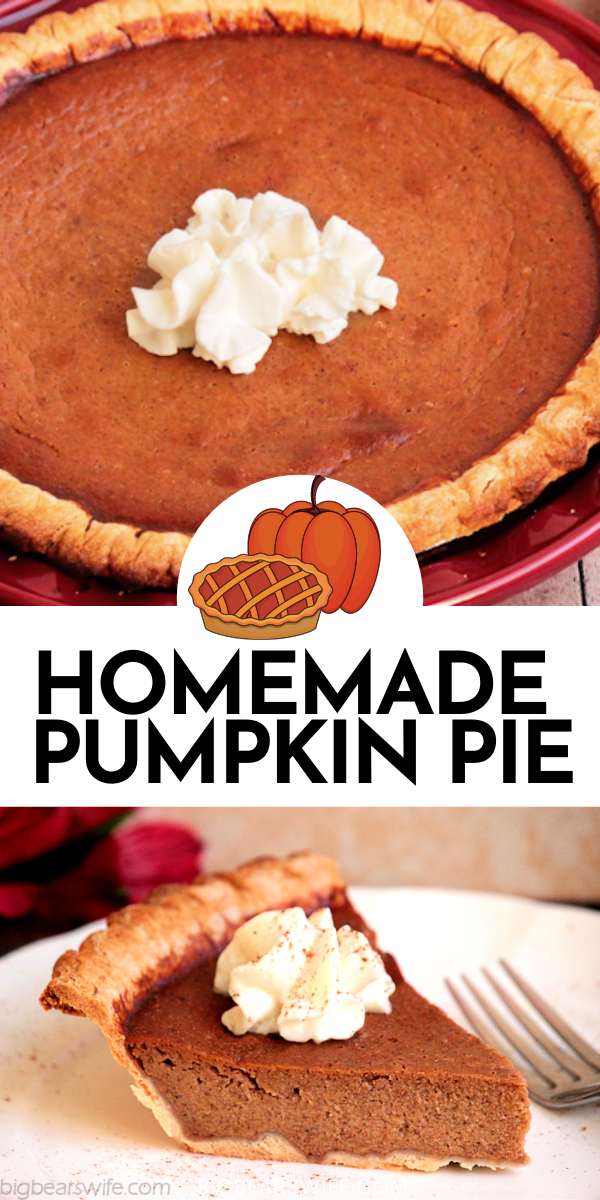 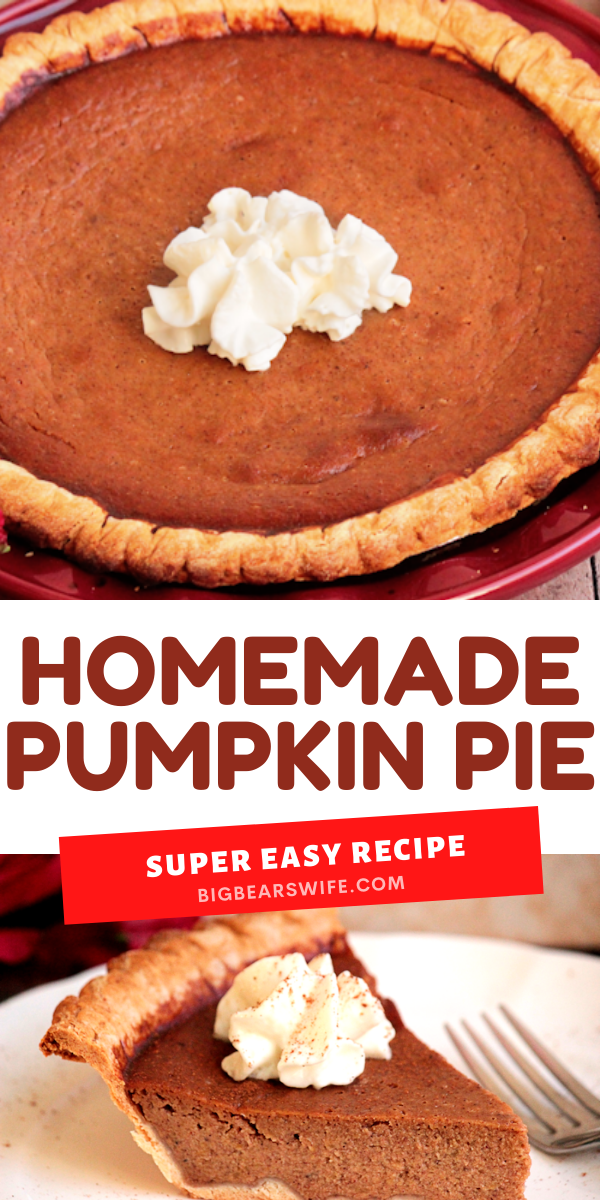 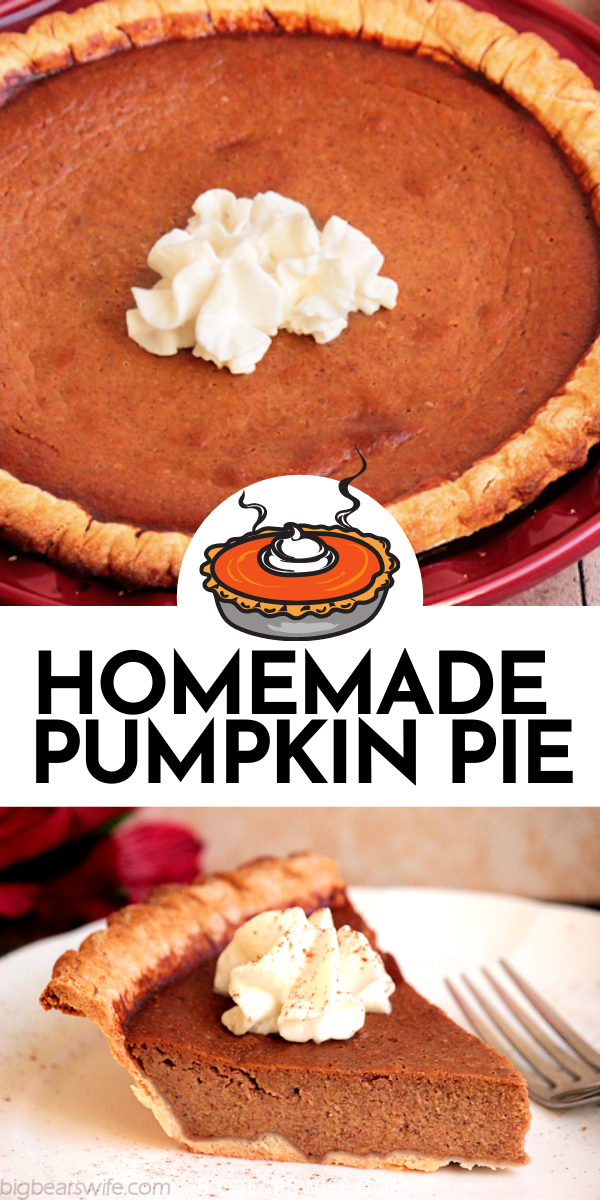 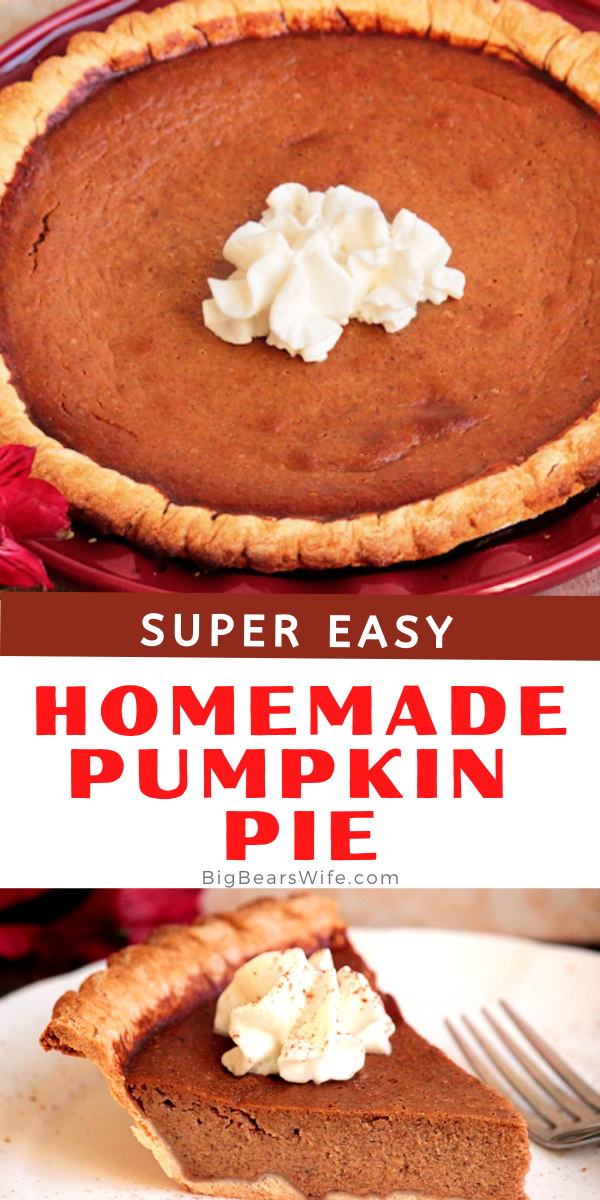 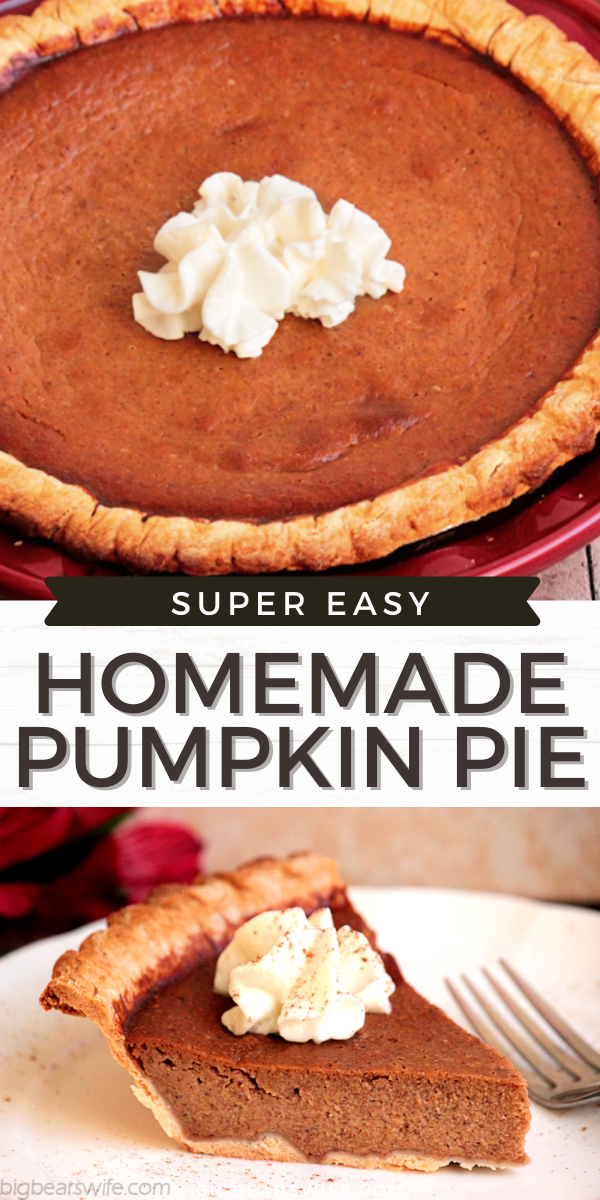 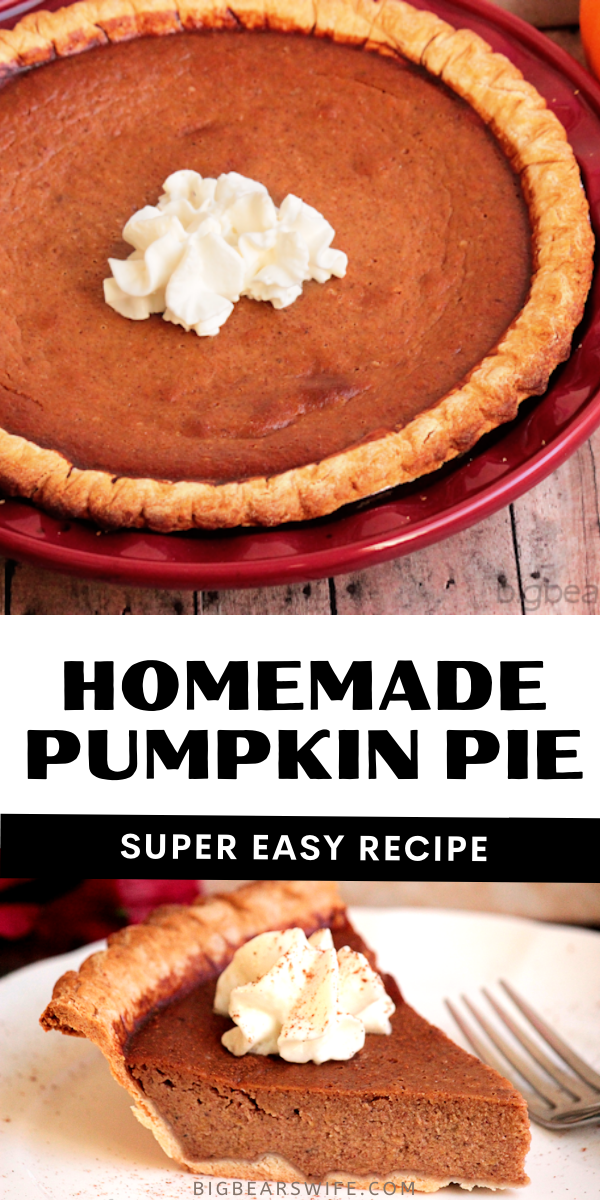 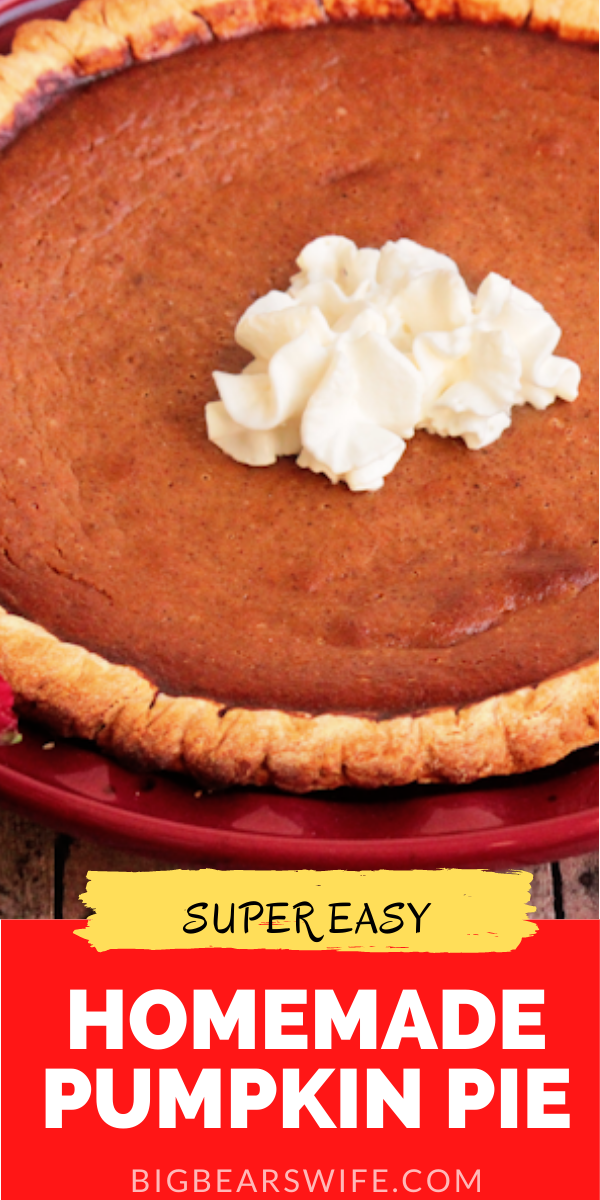 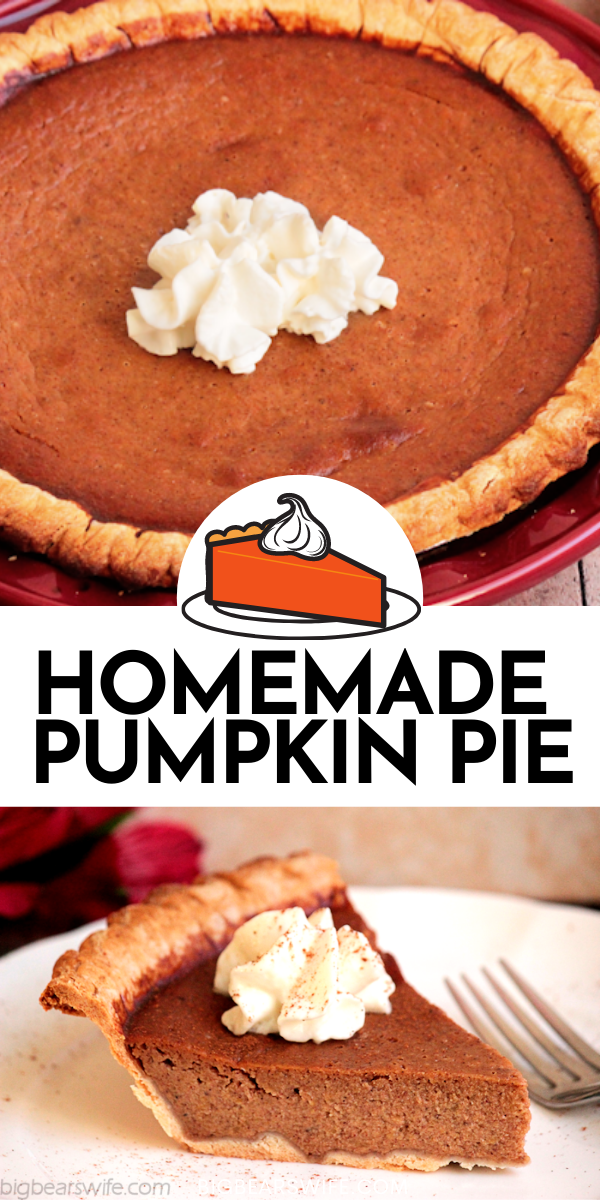 Homemade Pumpkin Pie from scratch is easier than it sounds! This Pumpkin Pie is made with Pumpkin puree, fall spices, eggs, sugar, vanilla and evaporated milk! 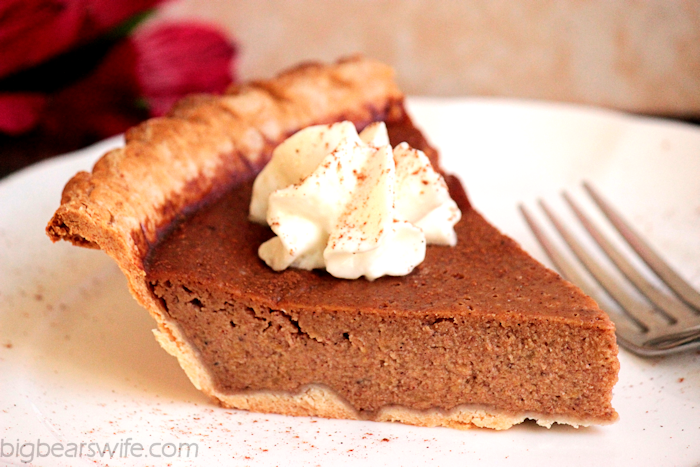 For all of you bloggers out there, let me ask a question. Have you ever written an entire post, finished putting in the photos and hit preview only to have your computer freeze and lock up…. causing you to restart it and loose everything that you and typed? I imagine that some of you can feel my pain! That’s exactly what happened with this post for pumpkin pie post tonight. I am trying to update an old (and ugly) pumpkin pie post on the blog, write out a great post and BAM, my computer obviously hated it and decided to eliminate it along with my patience. I have to be at the gym at 5:30 in the morning and I’ve just added more work into tonight’s schedule. lol 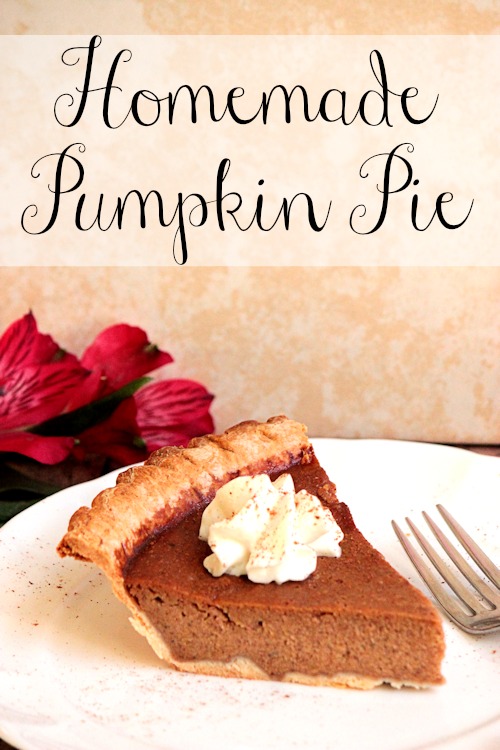 Like I was saying before my computer went all crazy and deleted everything, my first pumpkin pie that I served as dessert from from a box. Yep, a frozen (thawed and baked) pie from a box use to grace my Thanksgiving day table. Then after I had been married for a few years I decided to make a pie instead of buying one. I made one from canned pumpkin pie filling…. I’m pretty sure that it was just pumpkin pie filling poured into a crust.

But then, I moved on up to Homemade (from real pumpkins) Pumpkin Pie. Back in 2010 I broke tradition…I didn’t crave pumpkins. I was crushed. But we literally didn’t have time. I regretted it big time and didn’t want to just toss the beautiful pumpkins that we had bought. 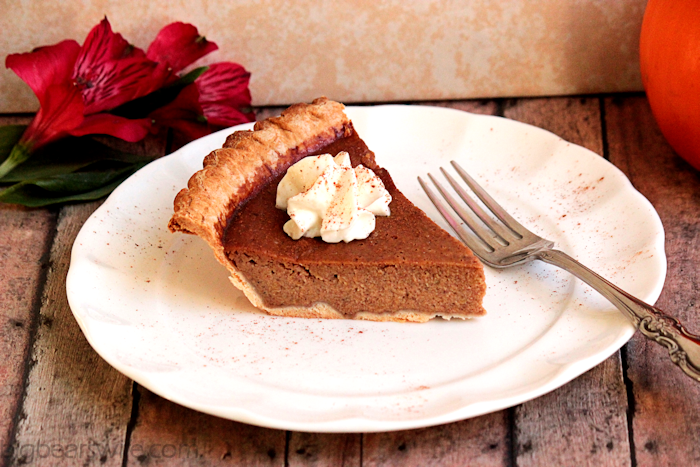 So I made pie; I made homemade pumpkin pie for my BigBear. He loves pumpkin pie and I was excited to make one for him. Heck I had been cooking for a few years now (yeah I didn’t start cooking until I got married), so I knew I could make a pie. How hard could it be?

Well my first attempt was a flop. I made the pie, took it out of the oven, sliced into it, tasted it…. and it was awful! Ok, maybe this pie was going to take a little more work..but what had I done wrong? I tried again the next night. I added more spice and I pureed the pumpkin “meat”. Yes, I made my own pumpkin puree from our pumpkins. The second attempt was a success! The pie was fantastic. Perfect texture and perfect flavor! I was so excited! Big Bear loved it and I loved it! 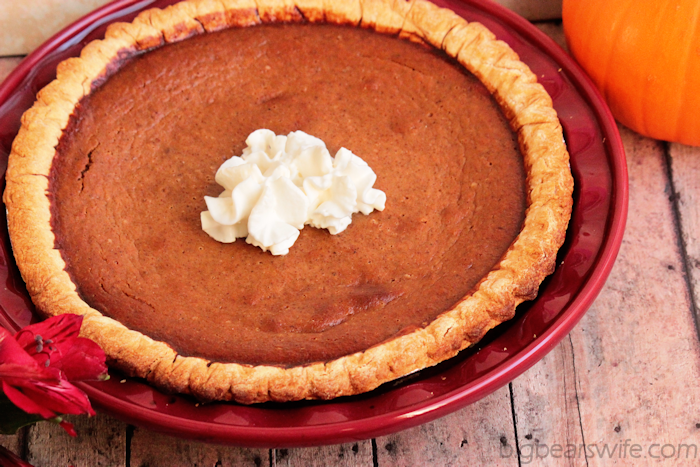 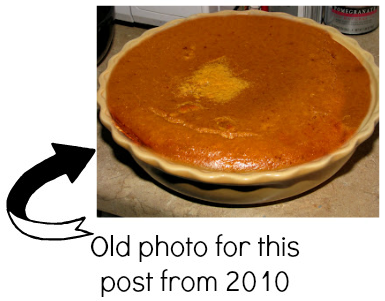 Pour into a prepared crust!

Pie will not "jiggle" once it's done.

This recipe will give you two pumpkin pies! Keep both or give one away! 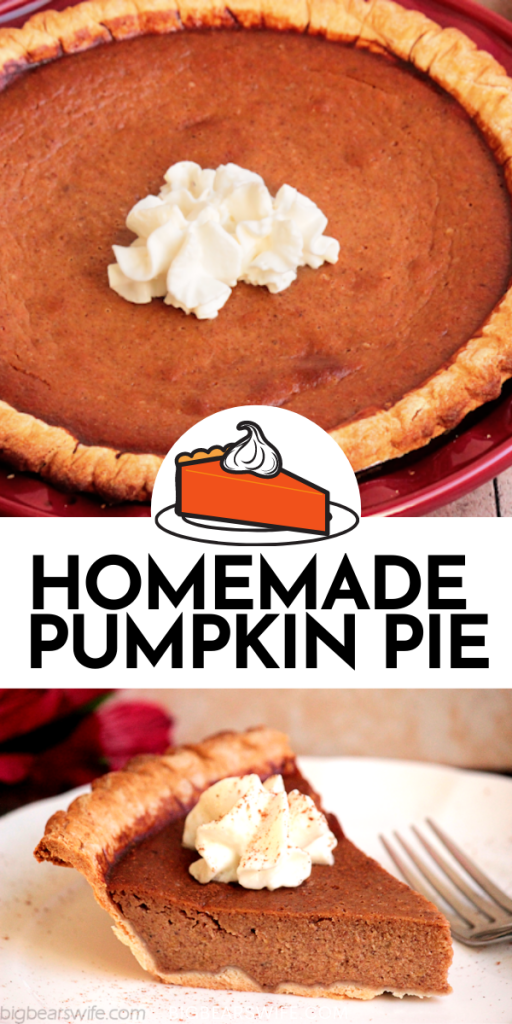