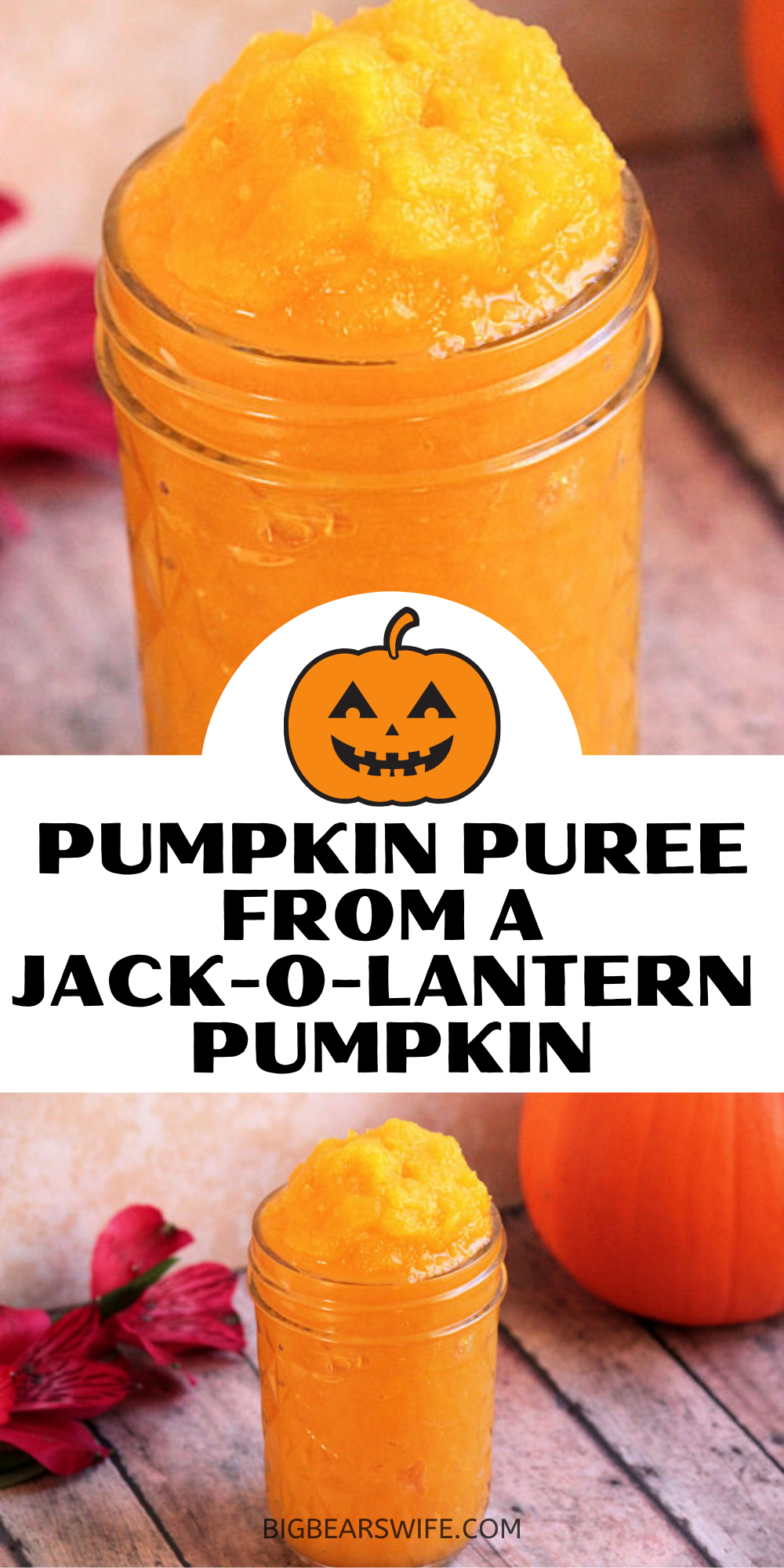 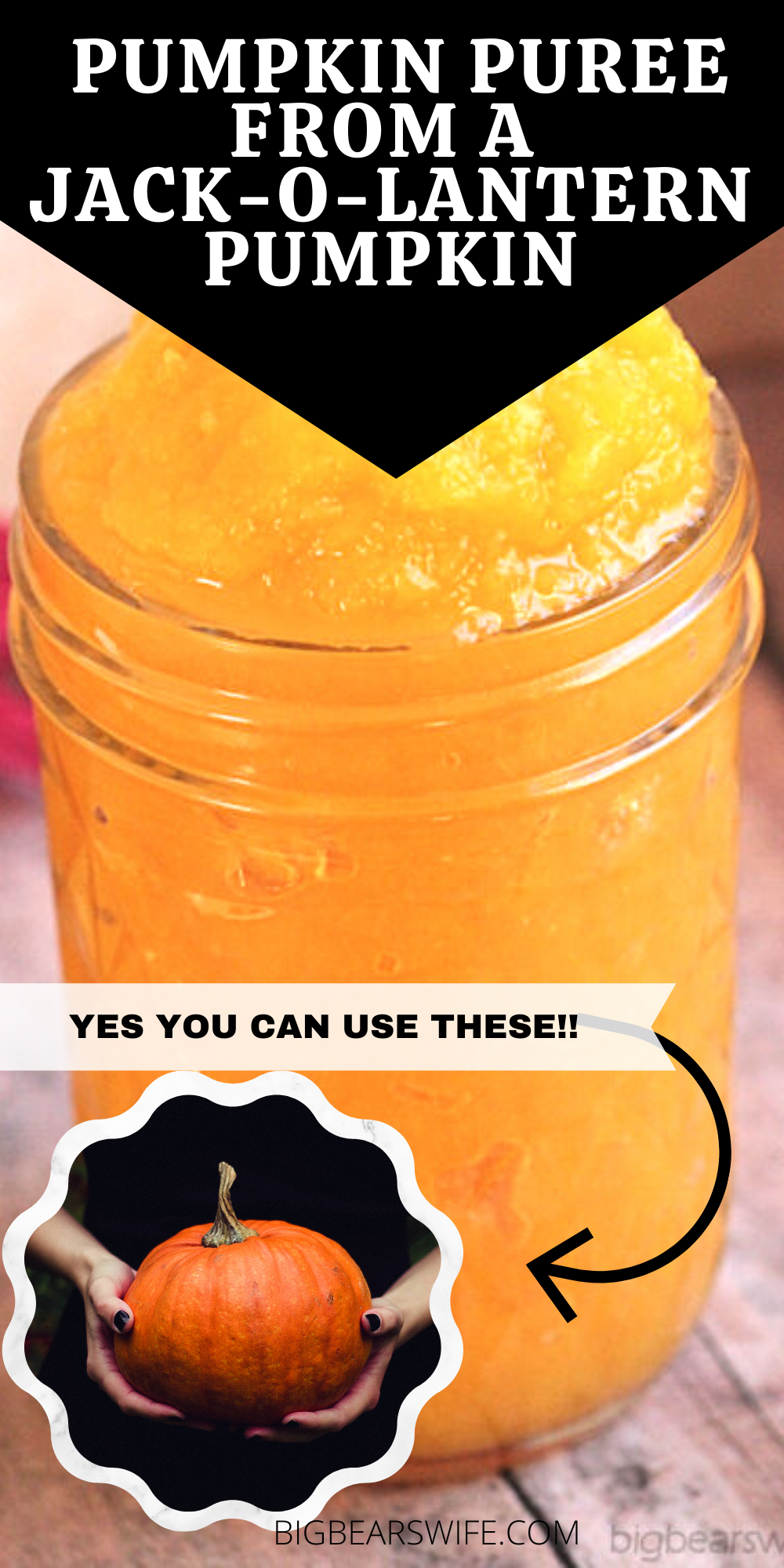 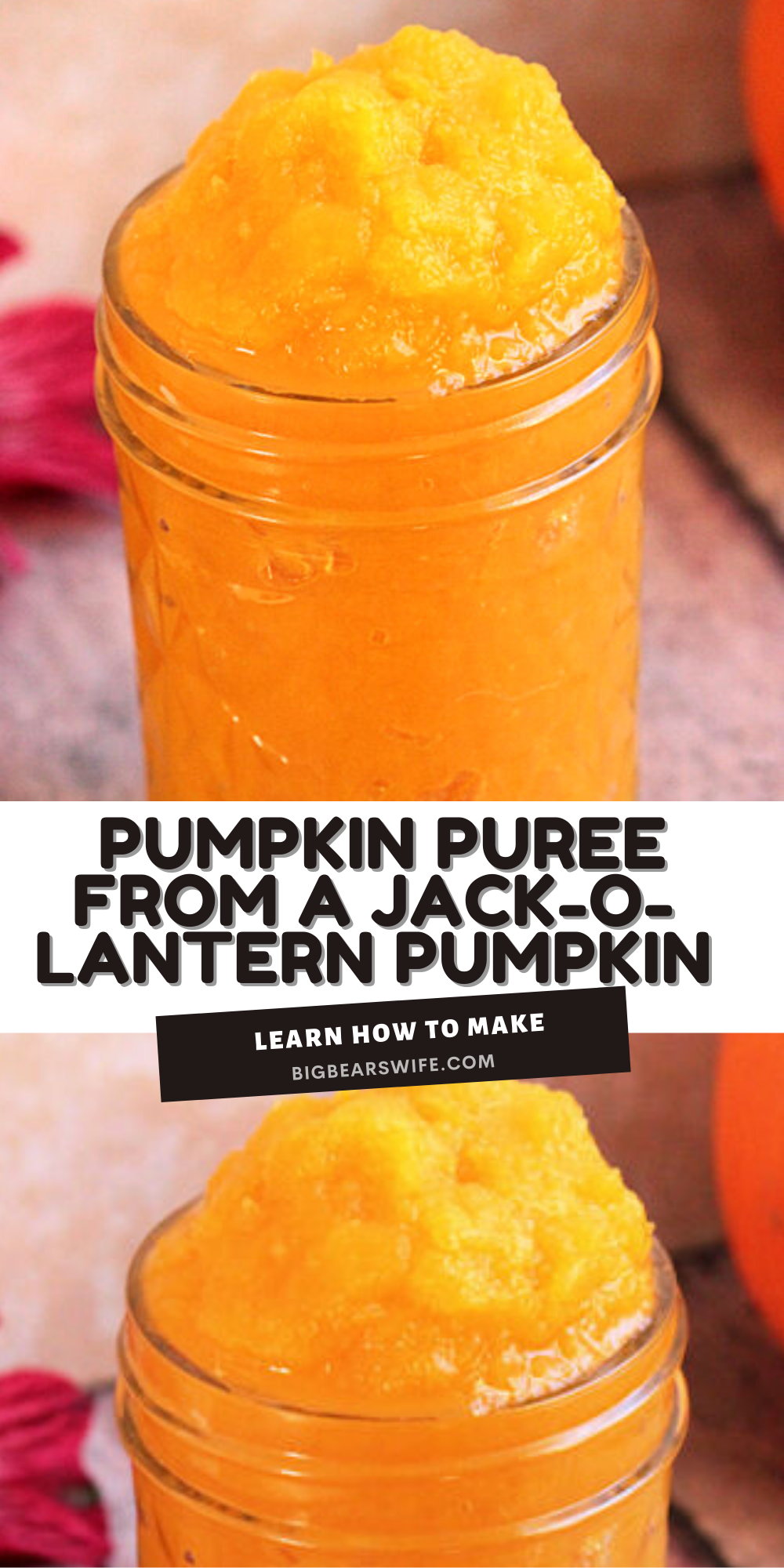 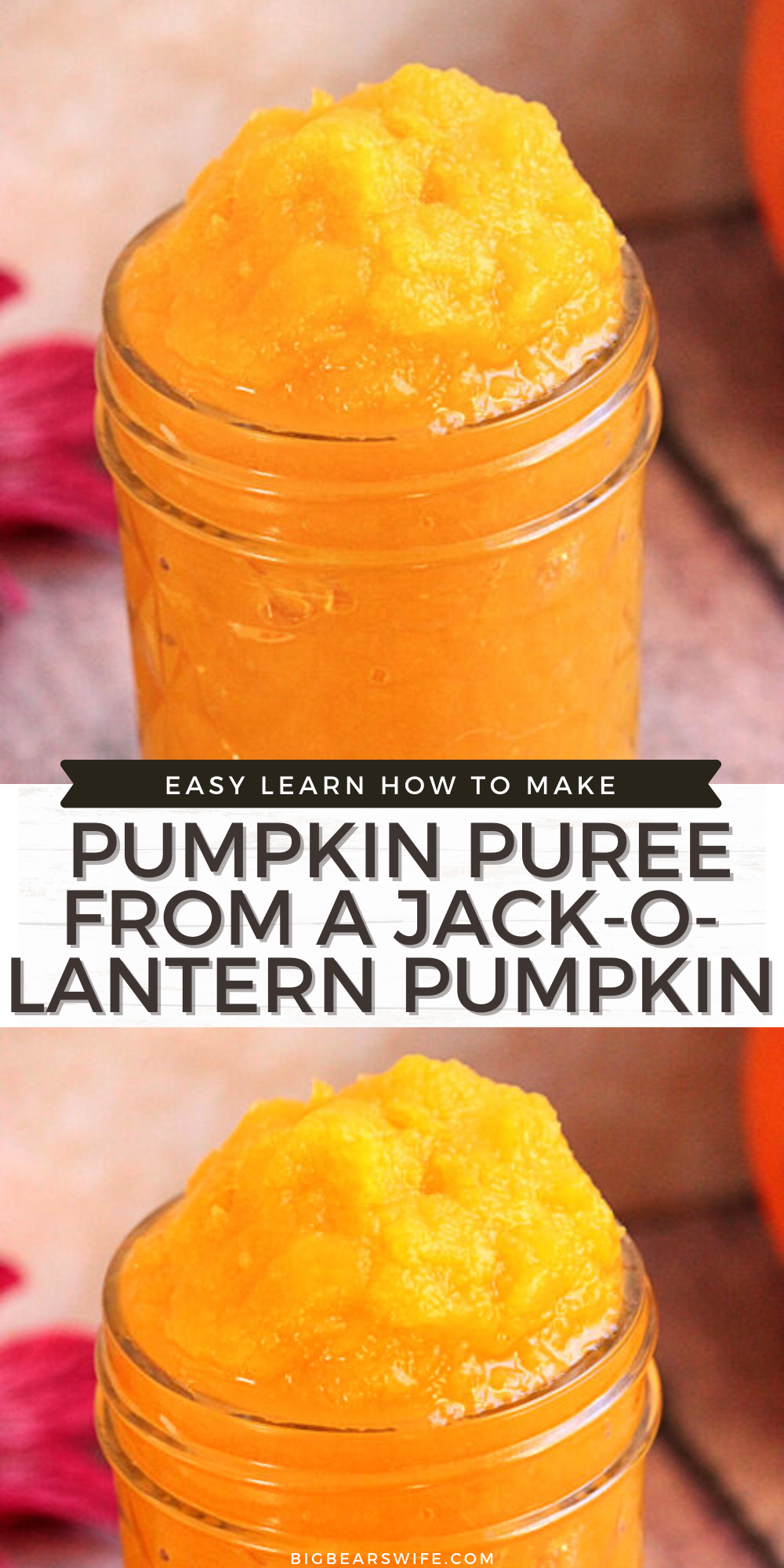 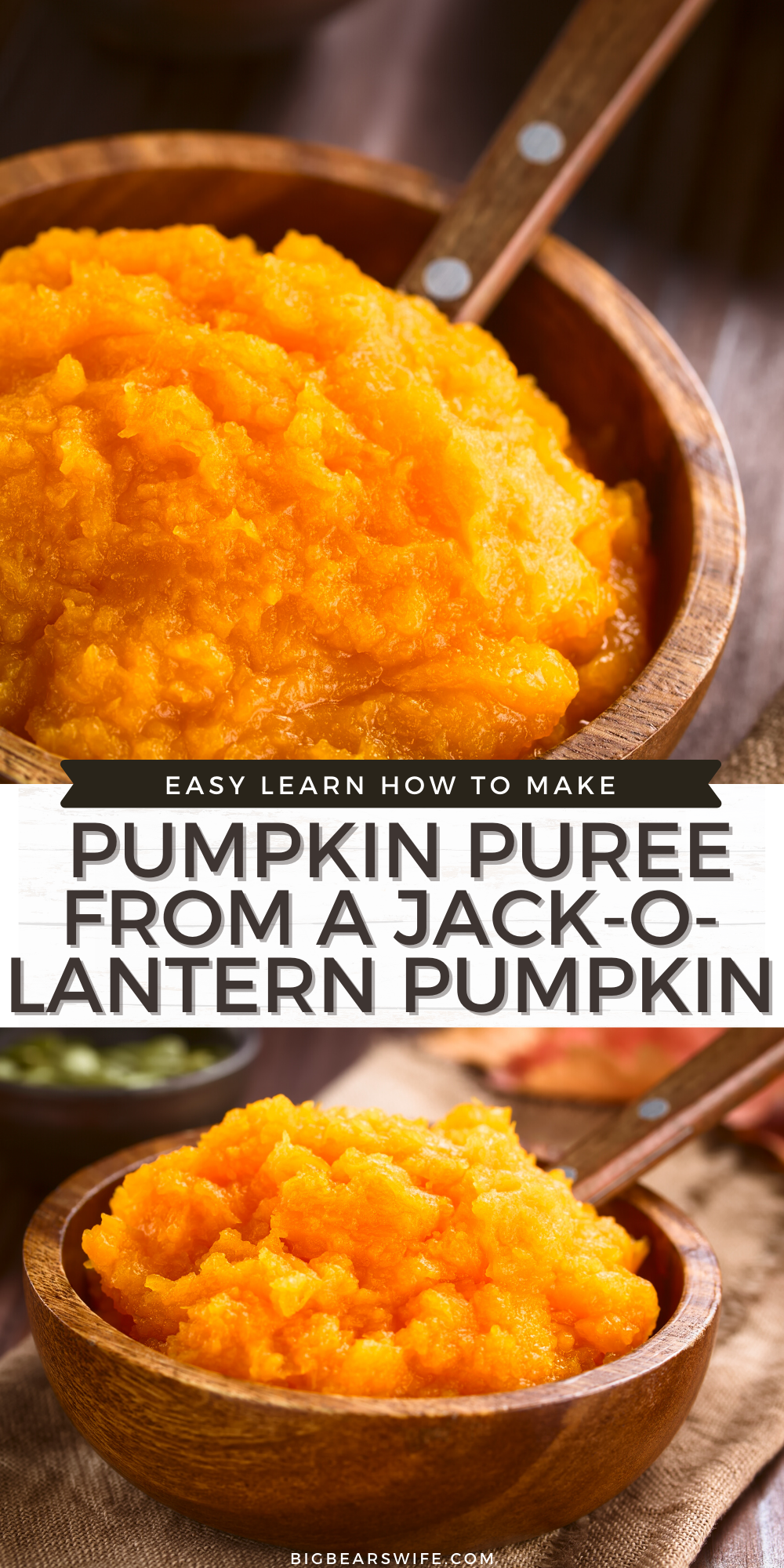 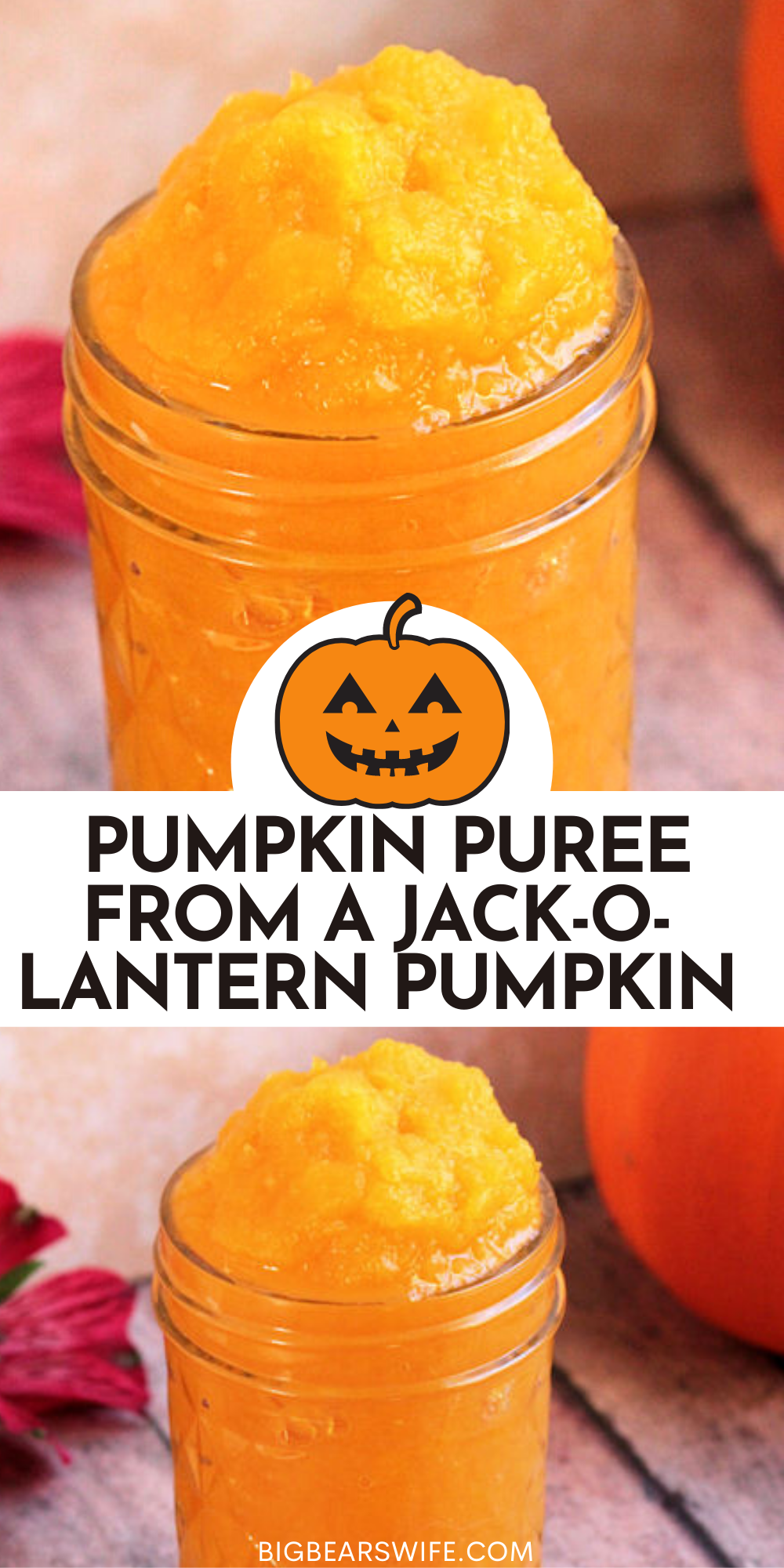 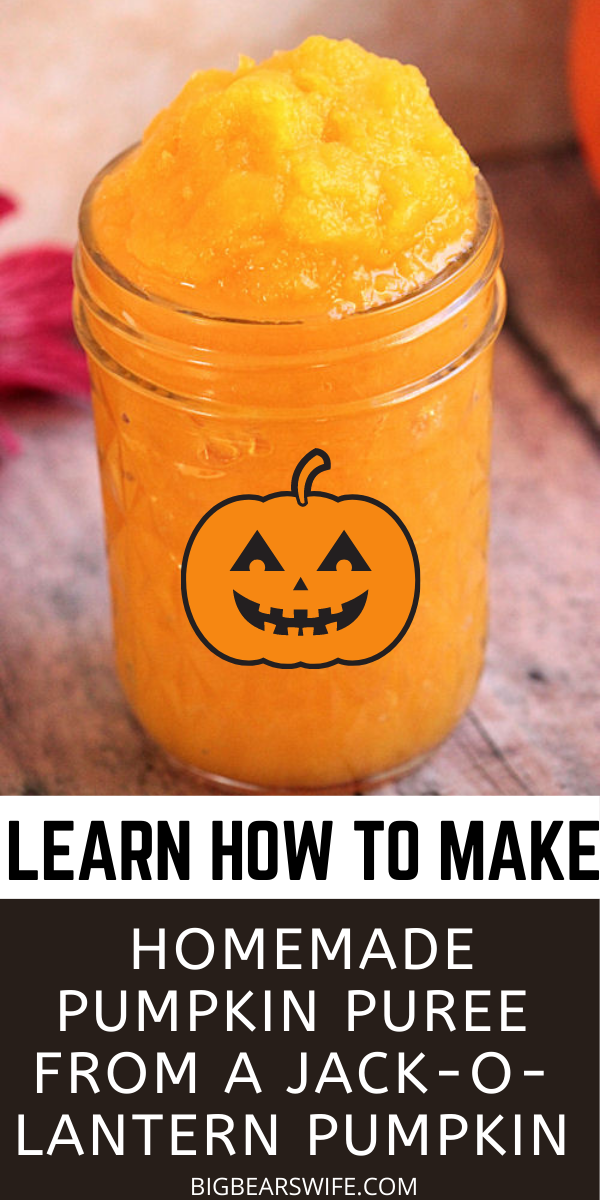 Want to make some homemade Pumpkin Desserts? Turn those un-carved pumpkins into homemade pumpkin puree! Perfect for Pumpkin Pies, Pumpkin Bread, Pumpkin Cookies and more!  This post will teach you how to make Homemade Pumpkin Puree from Jack-O-Lantern style pumpkins. 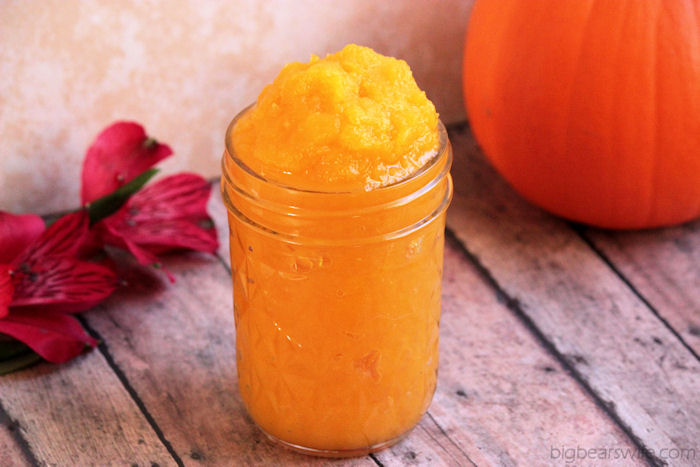 An over achiever…that’s what I was this year. I may have went a little overboard with pumpkins before Halloween. You see, I’ve said it before and I’ll say it again, we’re finally in a house, a nice house that I can decorate and well…I am decorating! haha.

Halloween came and left and we tossed our pitiful Jack-O-Lanterns into the trash and I left the other pumpkins out for “Fall Decorations”. After all, they hadn’t been cut and looked the same as they did the day I bought them. 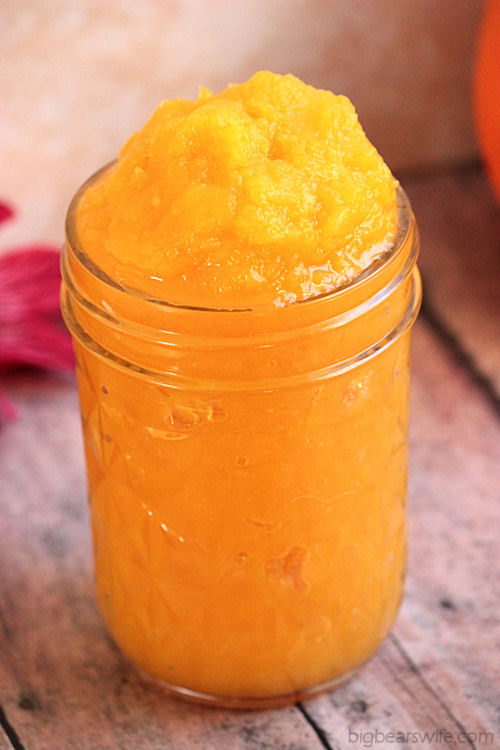 But what to do with these pumpkins? I kind of felt bad about just leaving them for decorations. After all Pumpkin = Food. Would you let a bunch of apples just sit on the porch and rot? Probably not. (well you might, I don’t know) 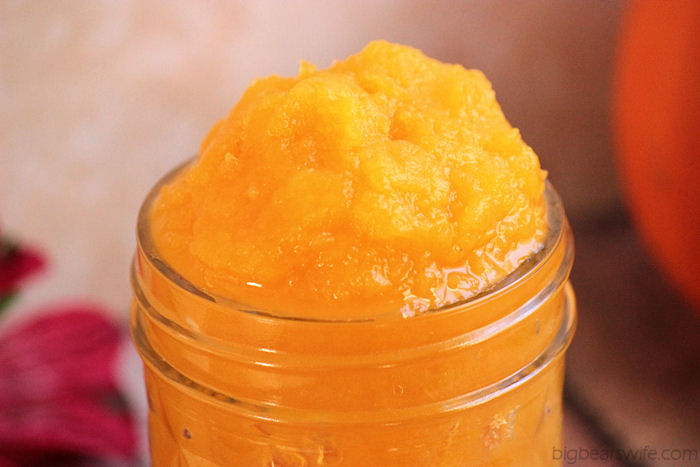 I first started making my own pumpkin puree a few years ago when I was again being an over achiever and wanted to make my own pumpkin pie from scratch. haha. It’s not that hard to make and 1 large “Jack-O-Lantern” style pumpkin normally gives me about 7-8 cups of Pumpkin Puree. (Which makes about 6 or so pumpkin pies haha) Freeze it if you’re not going to use it all at once! 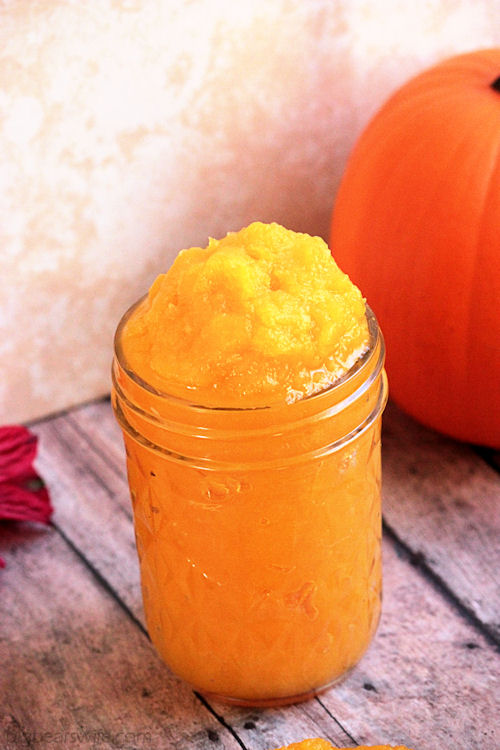 Cut the top off of the pumpkin. Slice the pumpkin into large wedges. Using a sharp knife, carefully slice off a thin layer from each pumpkin wedge to remove the seeds.

Remove from oven. Carefully remove lids and watch for steam!

Pumpkins should be fork tender.

Carefully remove from dishes and lay on a flat surface. Let cool for 1-2 minutes or until cool enough to handle.

Use a spoon to scrape the pumpkin "meat" from the skin.

Put the pumpkin into a food processor or blender and process until smooth.

Need some more Pumpkin inspiration? Here are some great recipes that use Pumpkin Puree: 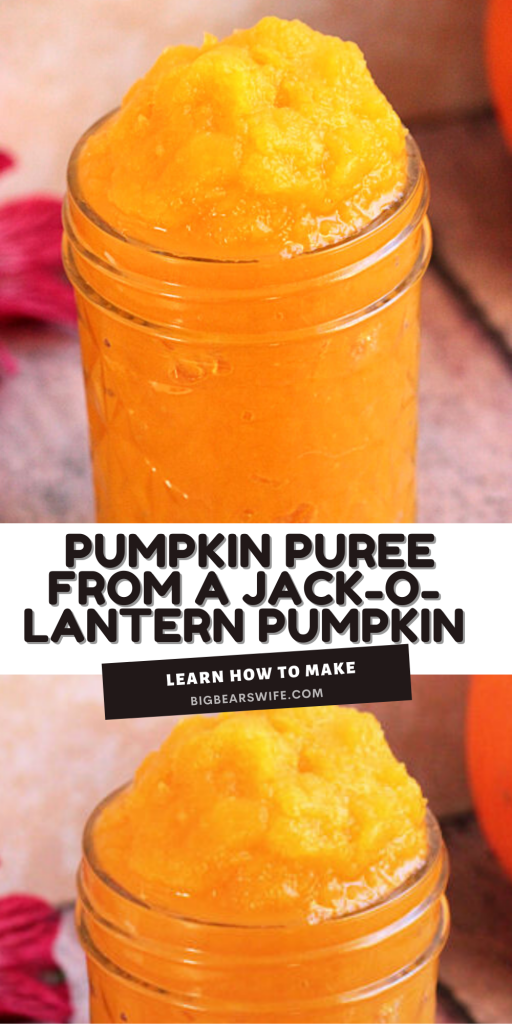