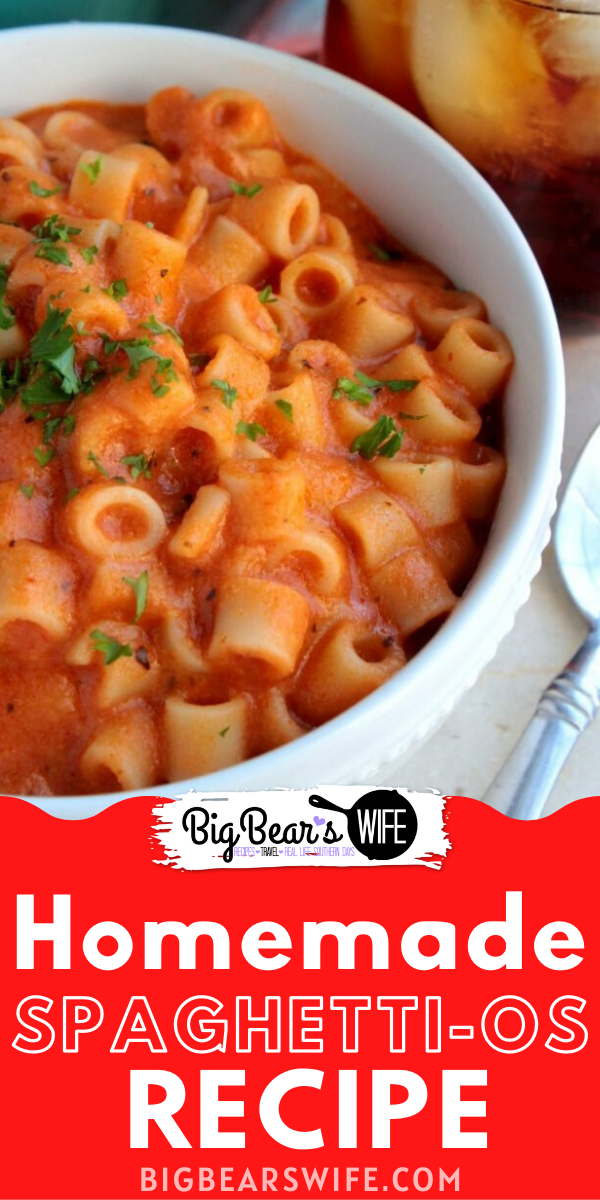 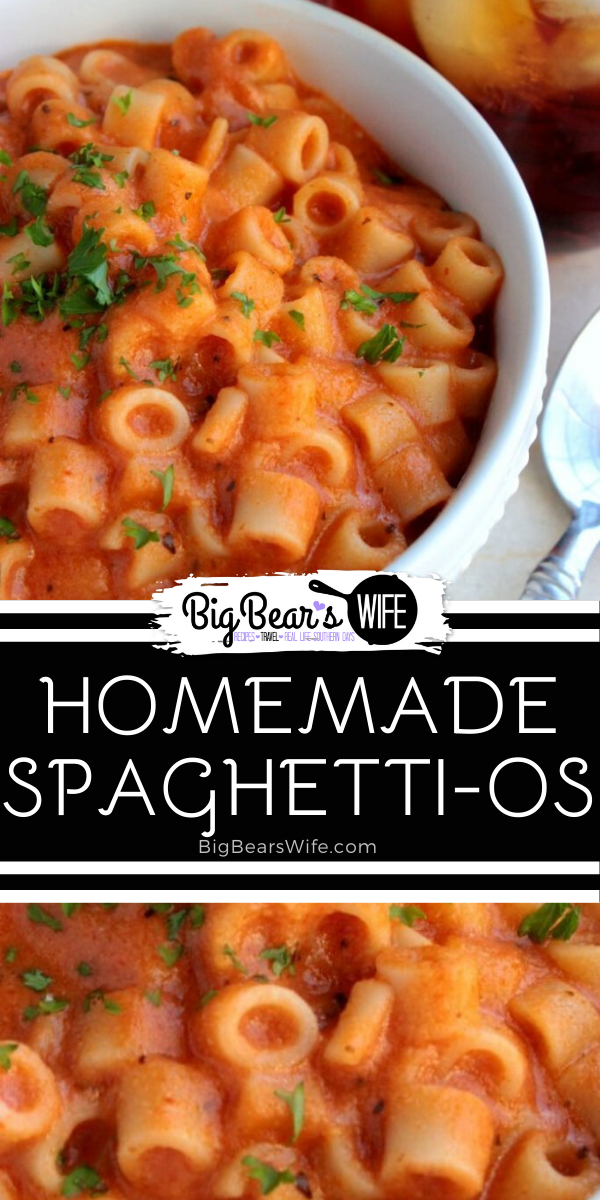 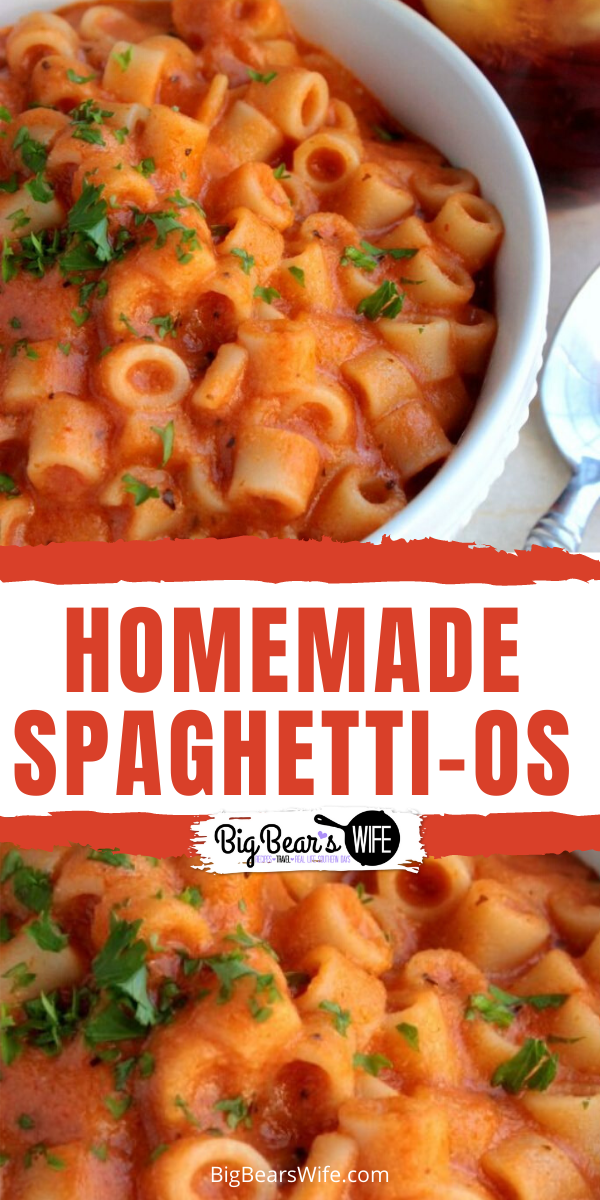 If you loved Spaghetti-Os as a kid, you’re going to want to print out this recipe for Homemade Spaghetti-Os and make it for dinner soon!

This Homemade Spaghetti-Os recipe and post was originally written on February 15th, 2012. It was updated with new photos and blog post February 10th, 2017. 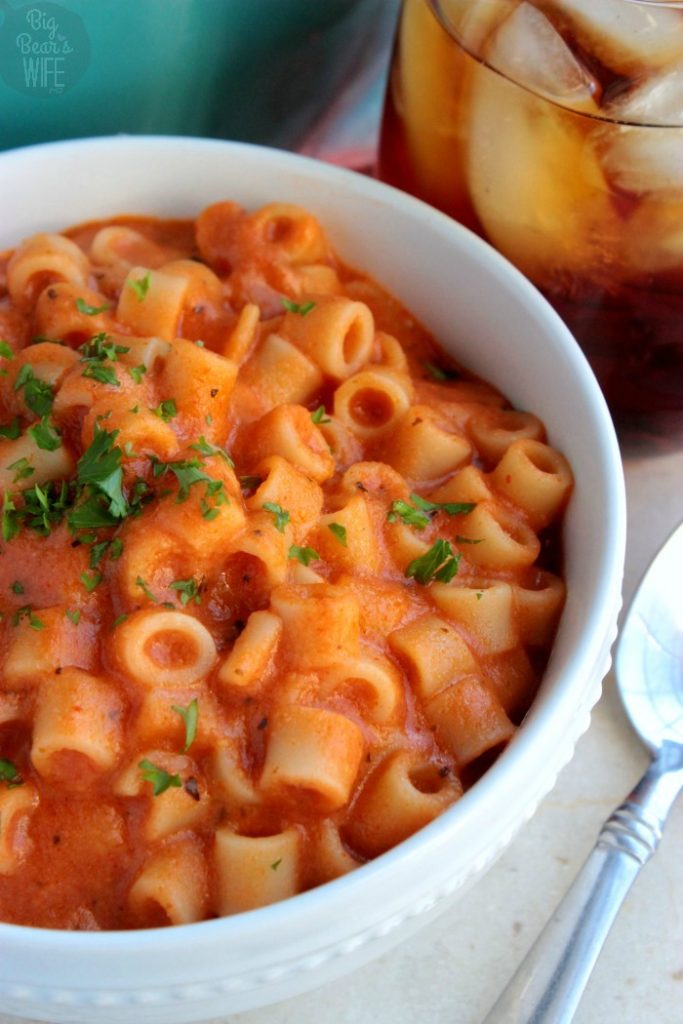 When I was little I would eat Spaghetti-Os as often as my mom would let me. I wanted them for lunch and dinner, it didn’t really matter what time it was I loved Spaghetti-Os. I still have a little tiny thermos from when I was in Elementary school, the one my mom used to pack my lunches, and the inside is stained orange from all of the Spaghetti-Os she sent me to lunch with.

This,of course, was long before everyone started to loose their minds over what parents could pack and couldn’t pack their kids for lunch. Growing up my lunches consisted of Spaghetti-Os or a Peanut Butter & Jelly Sandwich, a fruit roll up and sometimes I’d get a jello pudding cup or a swiss roll cake. Later on in school I graduated to pizza lunchables but I continued to love my Spaghetti-Os. 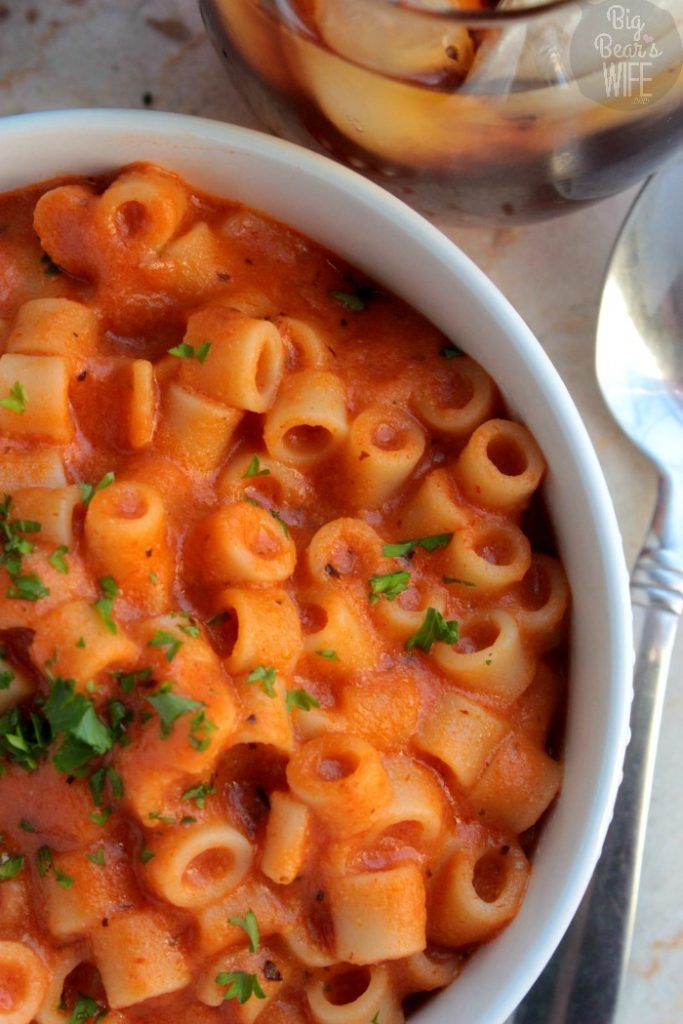 I was/am a Spaghetti-Os Girl. I could live off of them. Ok… when I started living on my own I actually did live off Spaghetti-Os, Mac and Cheese and Ramon Noodles.

However about 5 or 6 years ago Thomas and I really started to look at our food choices more. We started making better choices and put a limit on our processed foods. About 3 years ago we tried the Whole 30 challenge where we cut out processed foods for an entire month and while I hated it with a passion it changed my taste buds. 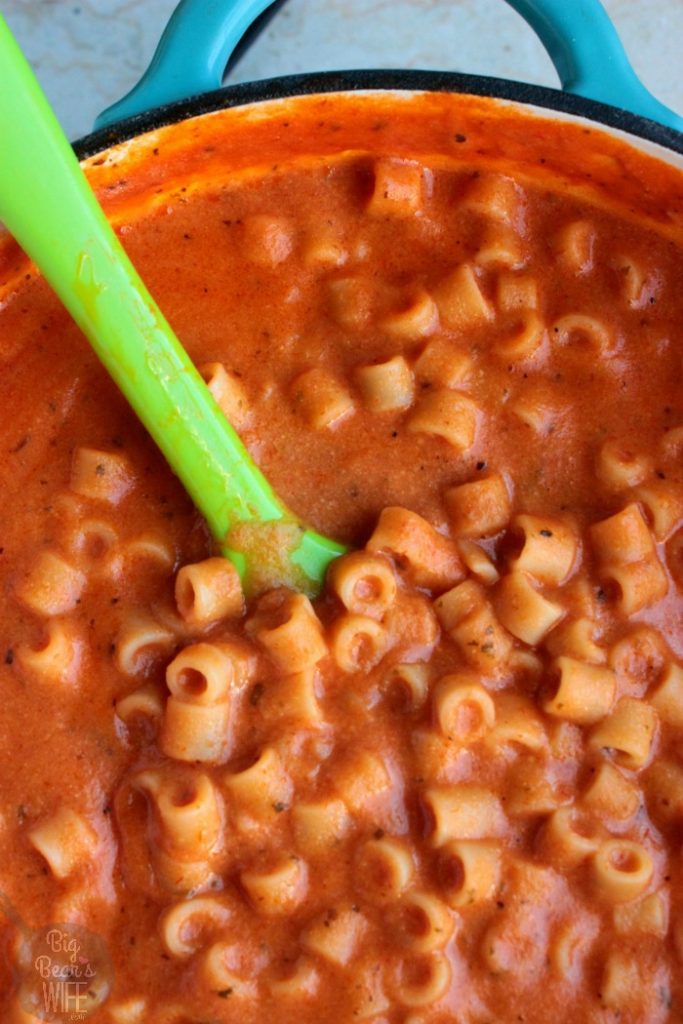 While I still love some junk food, I don’t go crazy over like I once did. Not only do I not go crazy over junk but some of the taste different to me too.A year or so ago I picked up a few cans of Spaghetti-Os at the store one day. I didn’t feel good and wasn’t in the mood to make anything at all and guess what. While they tasted ok, they were not the beloved Spaghetti-Os that I remembered from my childhood. 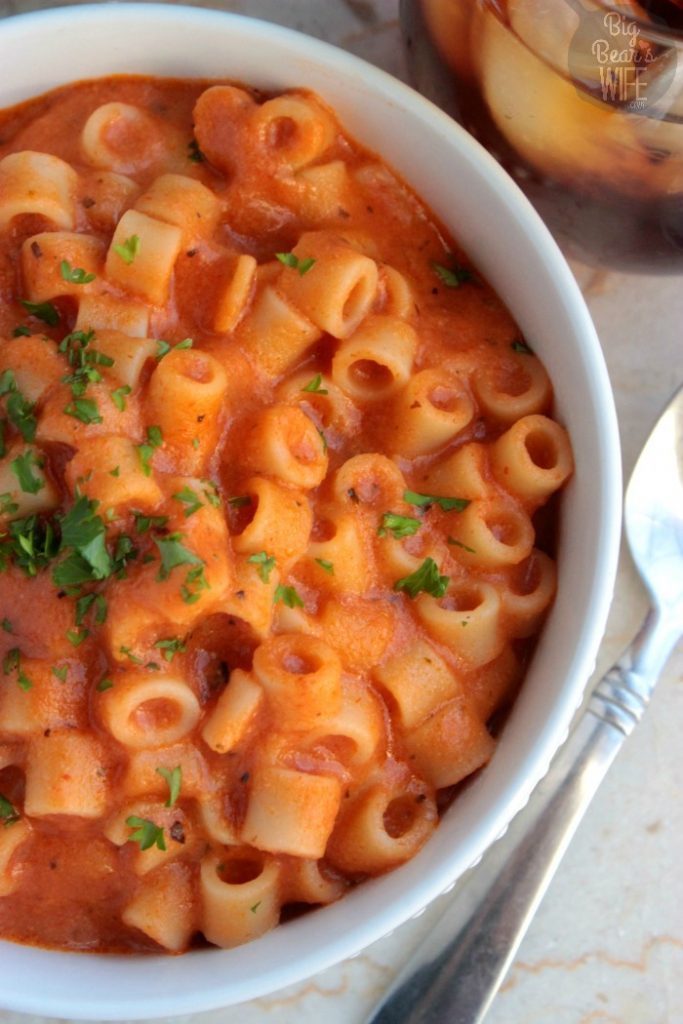 However I knew how to cook by now and I decided to try my hand at making my own. I a little inspiration from some different Homemade Spaghetti-Os recipe online and came up with one that I loved.
Now is it 100% just like the canned Spaghetti-Os from our childhood? No. It’s not. I’m sorry.
But that’s ok. 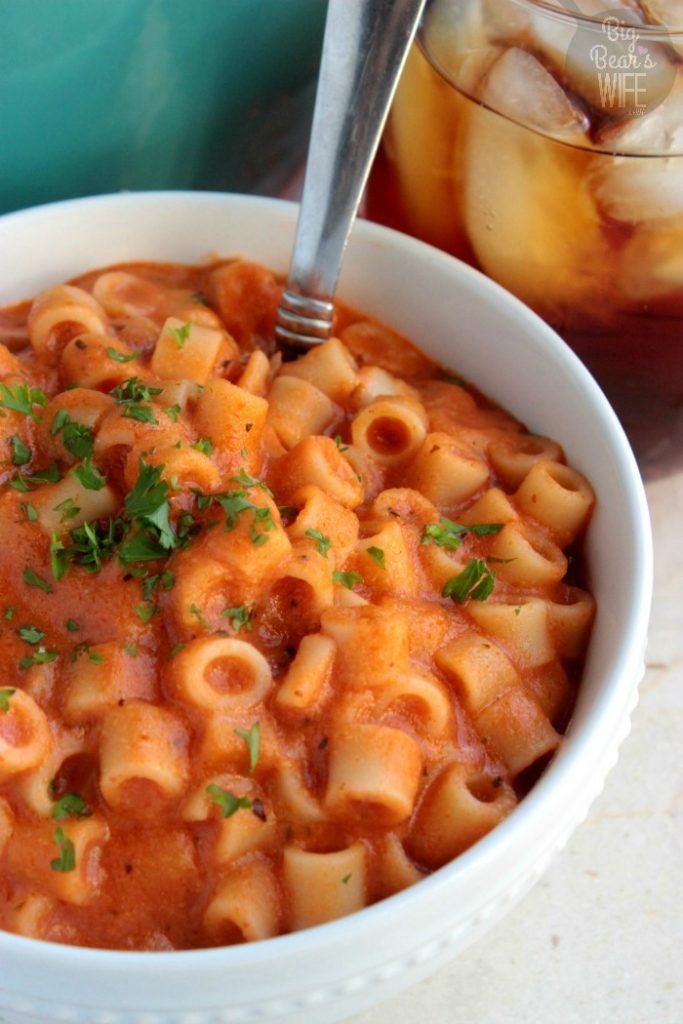 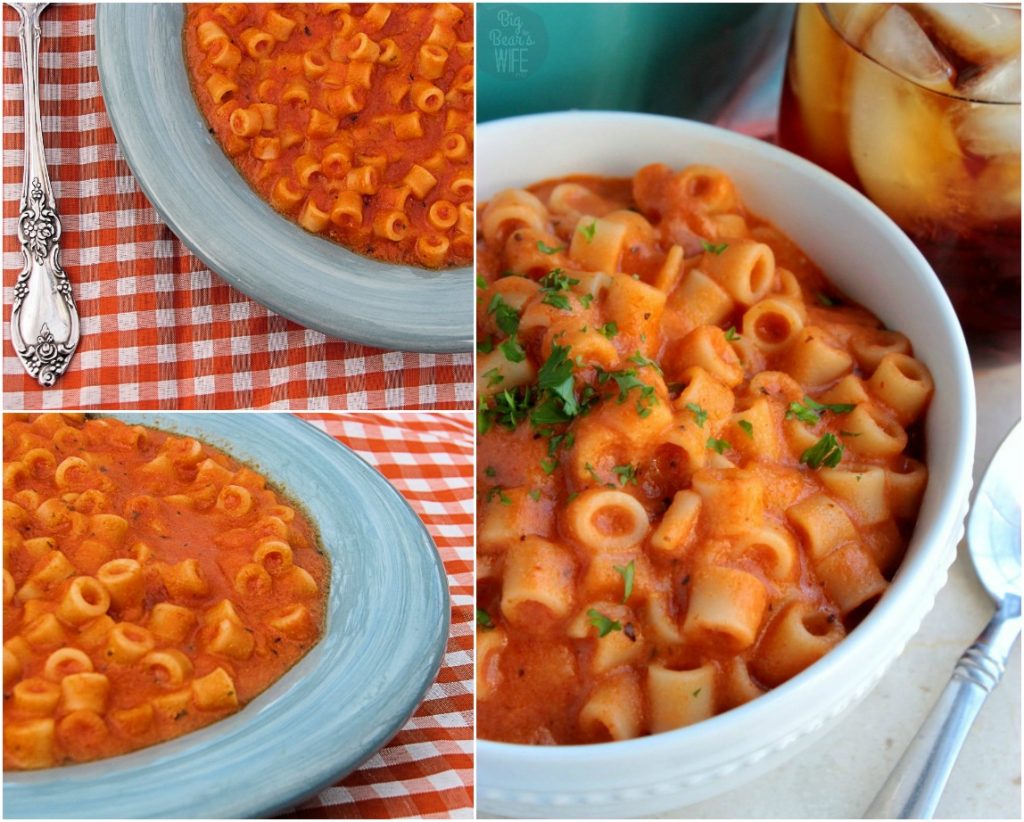 In a large pot mix together the sauce, water and milk. Bring to a boil.

Once it reaches a bowl, stir in the cheese and turn it down to a simmer. Continue to stir until the cheese is melted.

Add in the garlic and stir.

Pour in the uncooked pasta. Simmer on low for 20 minutes. Stir occasionally during the first 5-6 minutes to prevent the pasta from sticking to the bottom of the pan.

Check the pasta after 20 minutes, if it's not as soft as you'd like cook it a little longer. Sauce will thicken even more over time