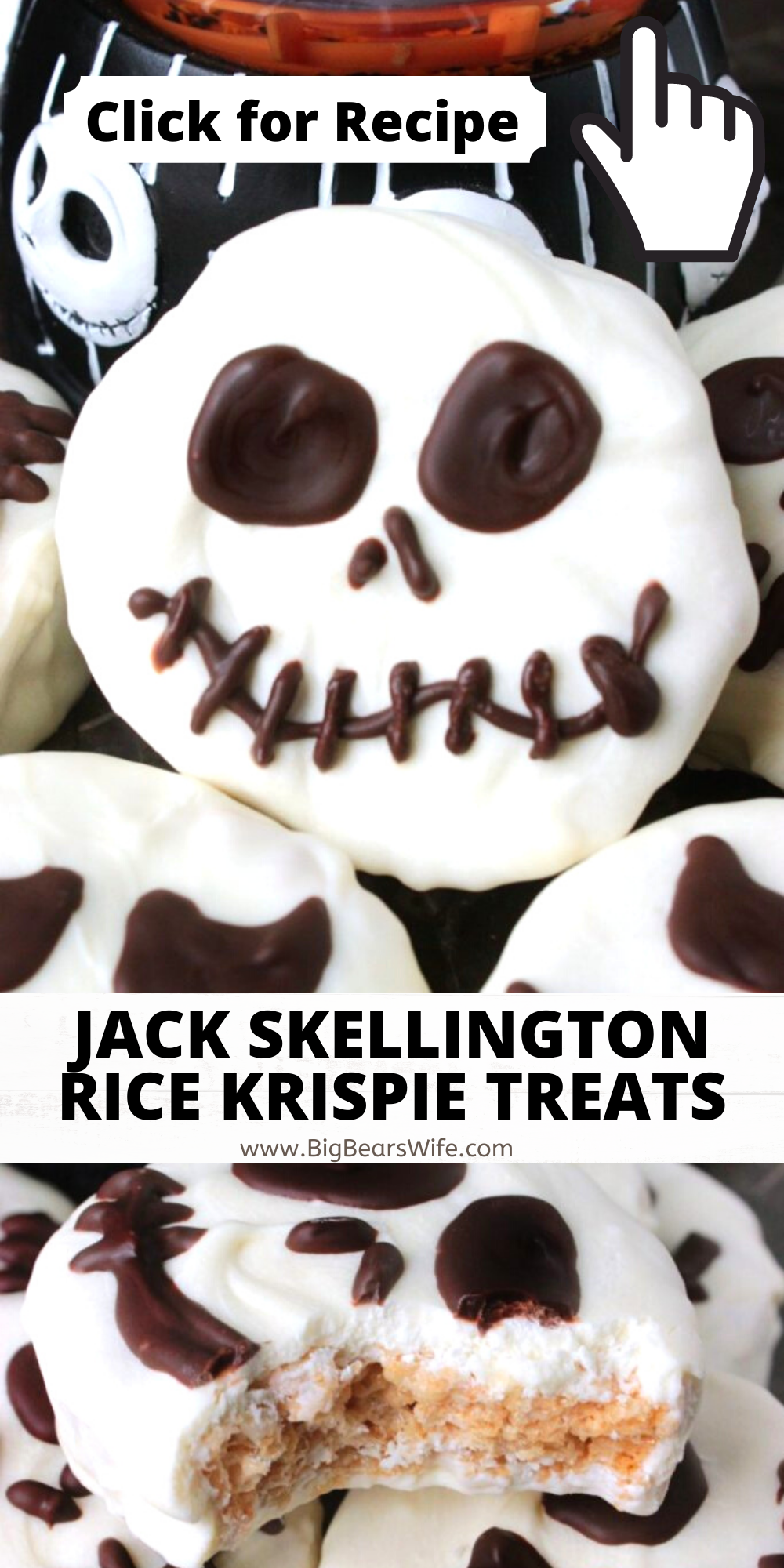 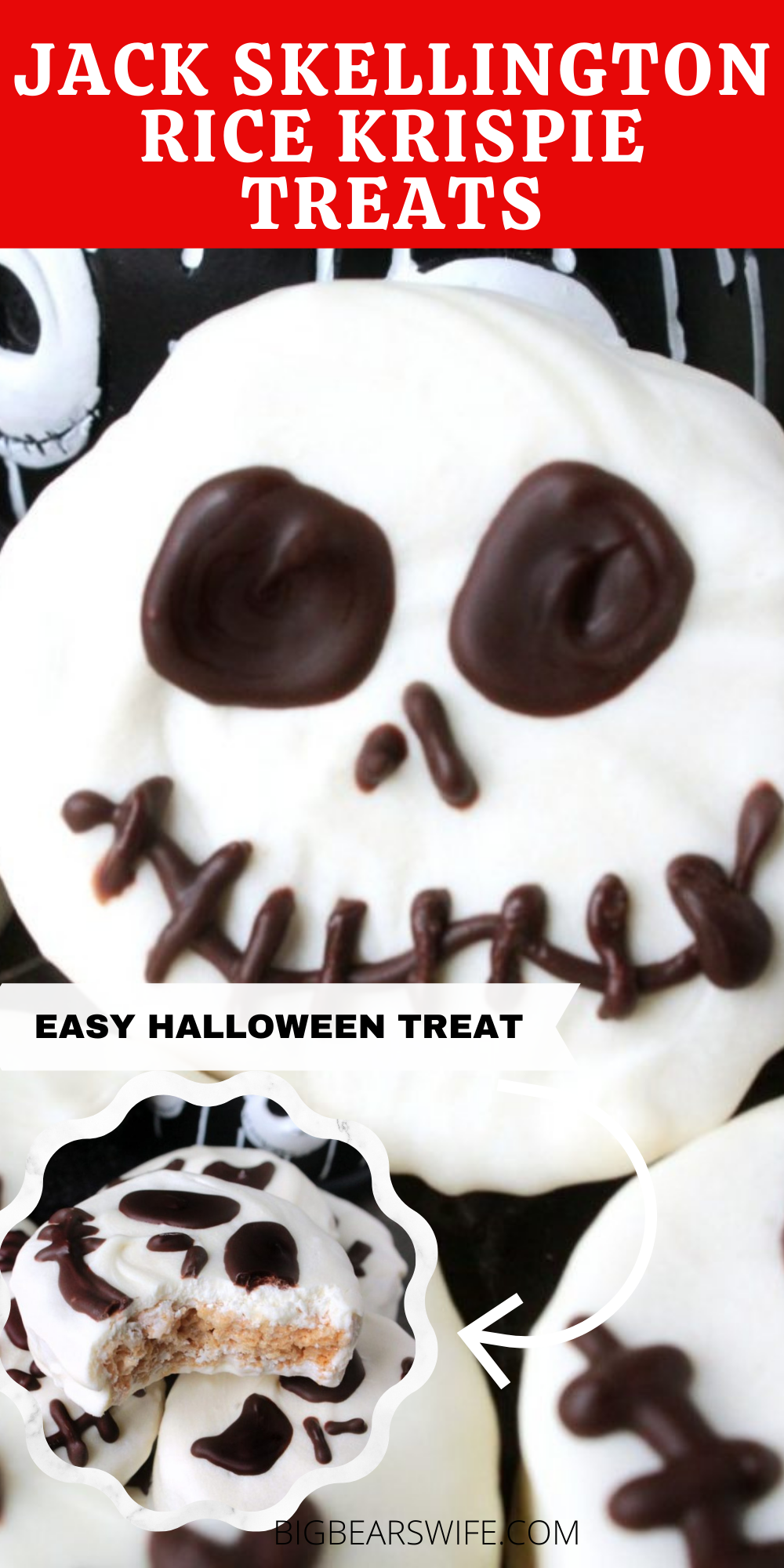 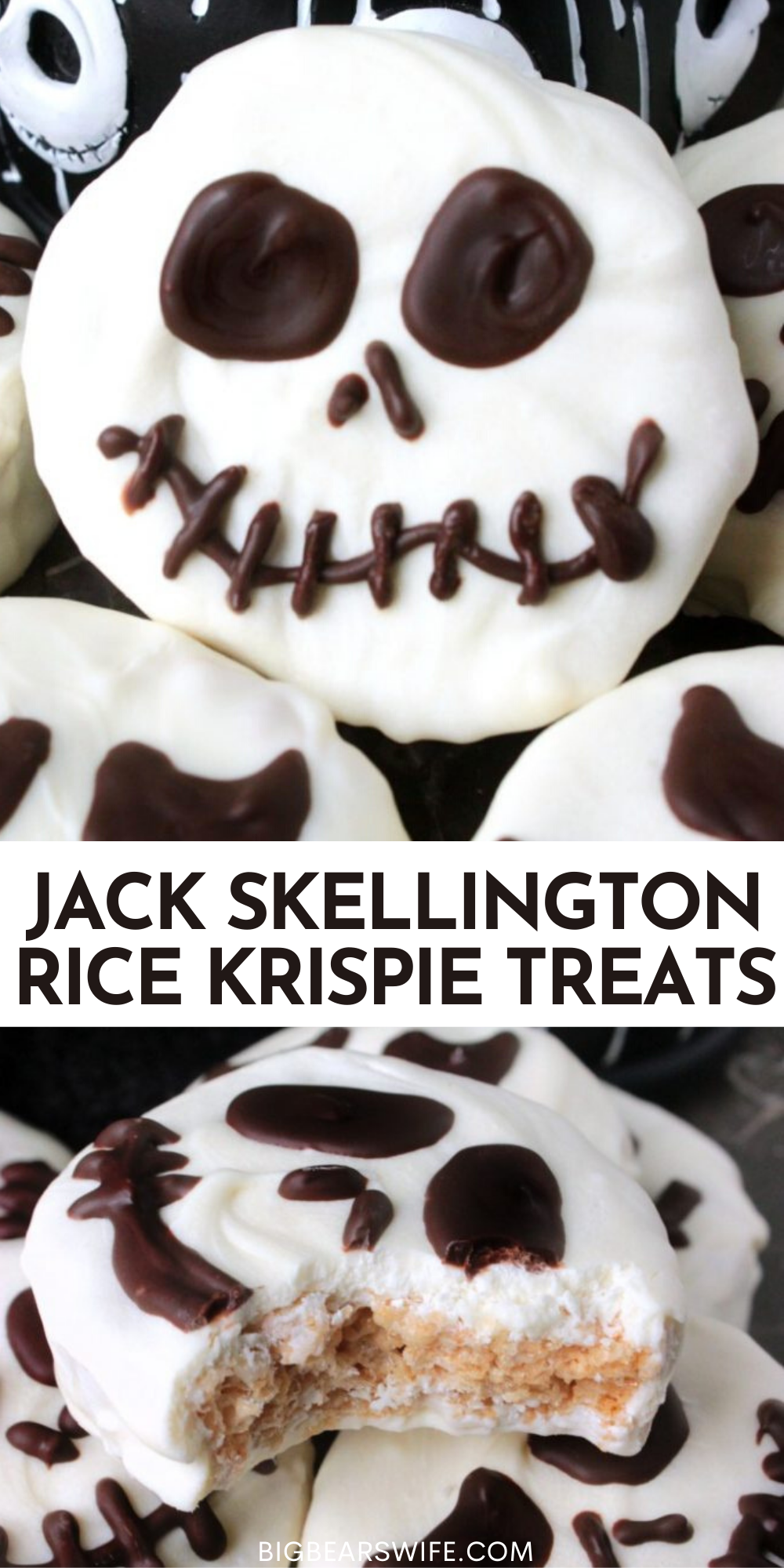 Add a little bit of “The Nightmare Before Christmas” to your Halloween party with these easy Jack Skellington Rice Krispie Treats! 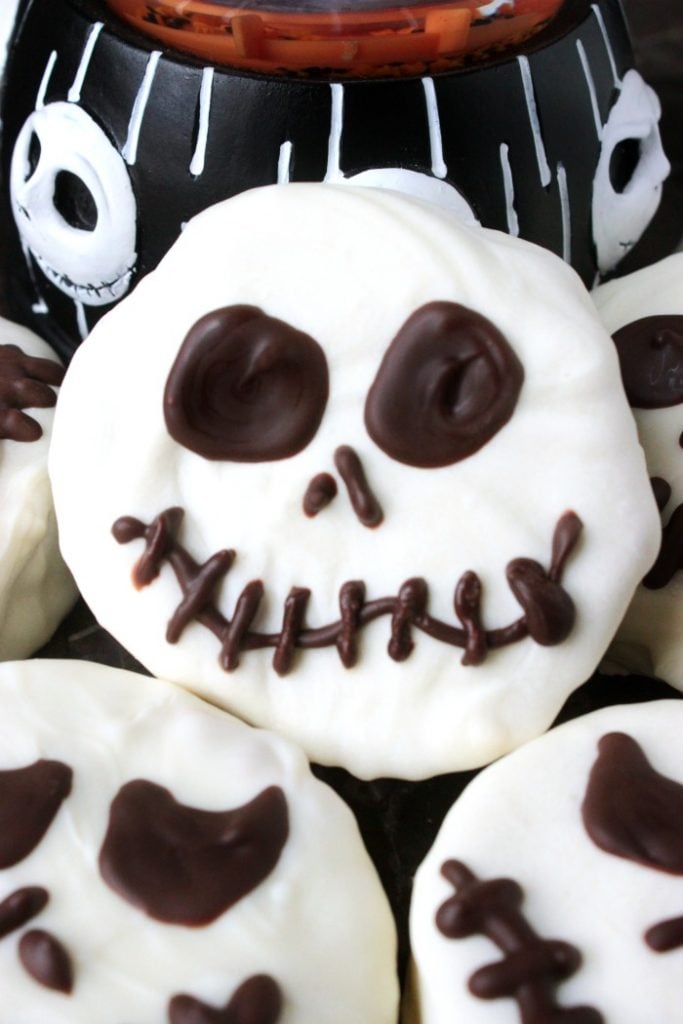 One of my best friends is having a little girl about 2 weeks before me and she suggested that one Halloween we dress our kiddos up as Jack and Sally! haha I’m totally for that! 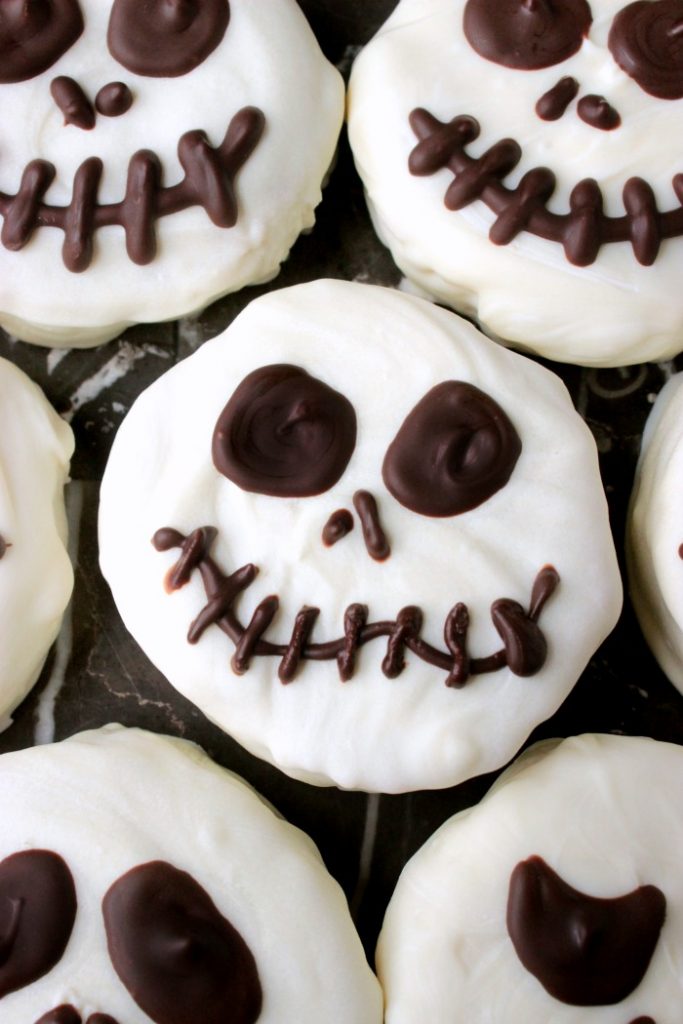 I’m thinking that maybe I’ll make it a tradition to share 1 new Jack Skellington recipe with y’all ever Halloween! 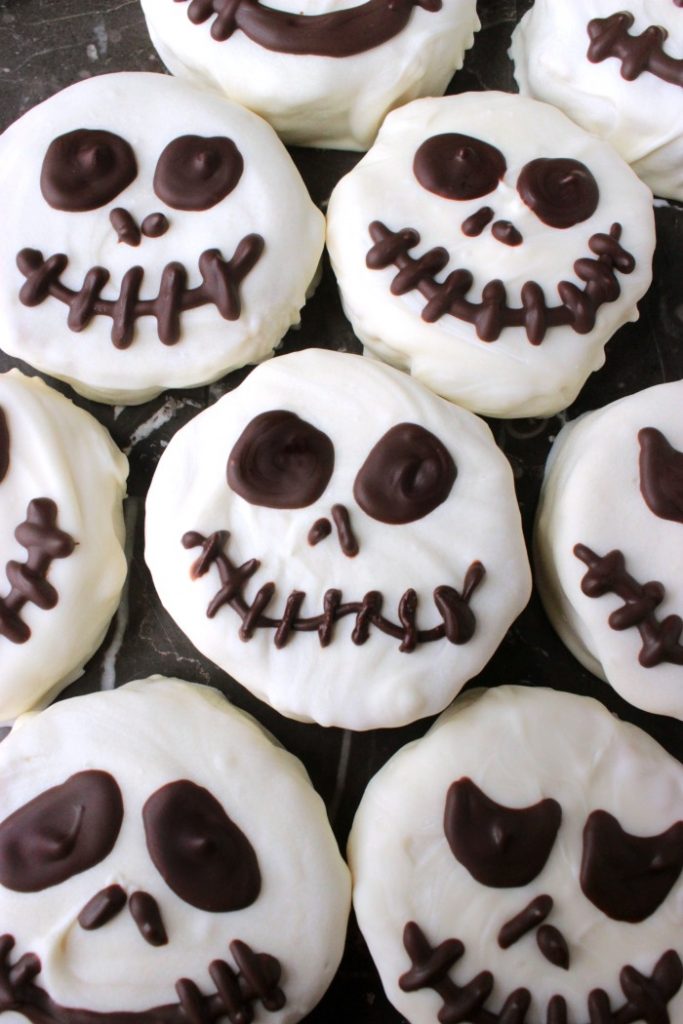 So far I have these Jack Skellington desserts on the blog:

I also have a tutorial on how to make Sally’s Potion Bottles ! 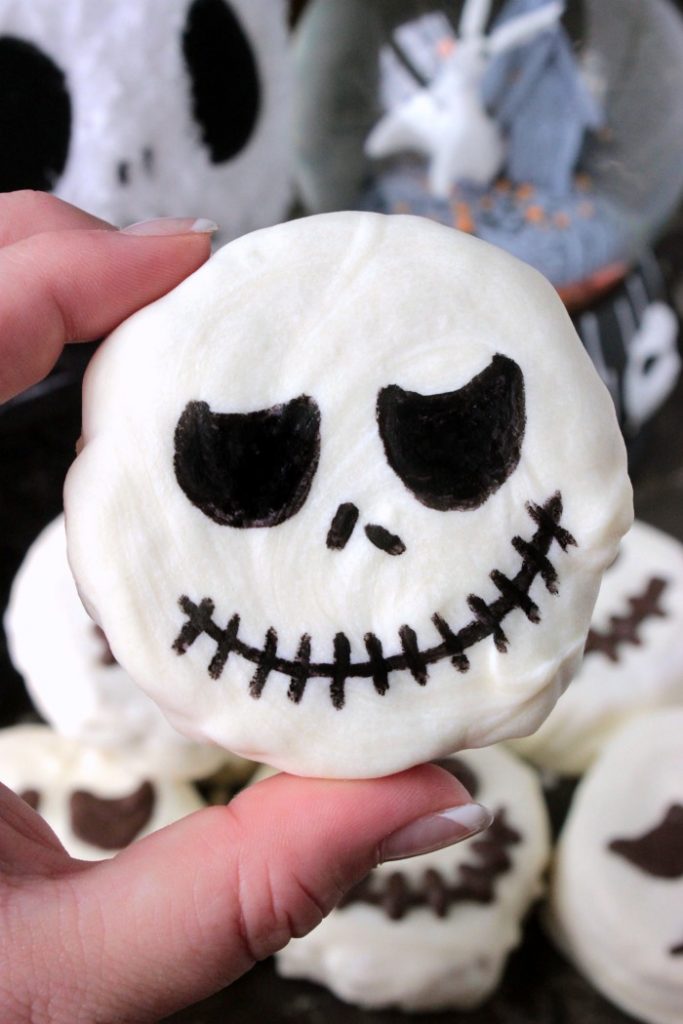 The other faces that you see on the other Jack Skellington Rice Krispie Treats were drawn on with chocolate candy melts.

I tried the black edible marker first. It looked pretty good but it wasn’t as dark as I wanted. It also had trouble writing after I was painting the 3rd one. So If you want to use the edible marker you may want to get a few of them. 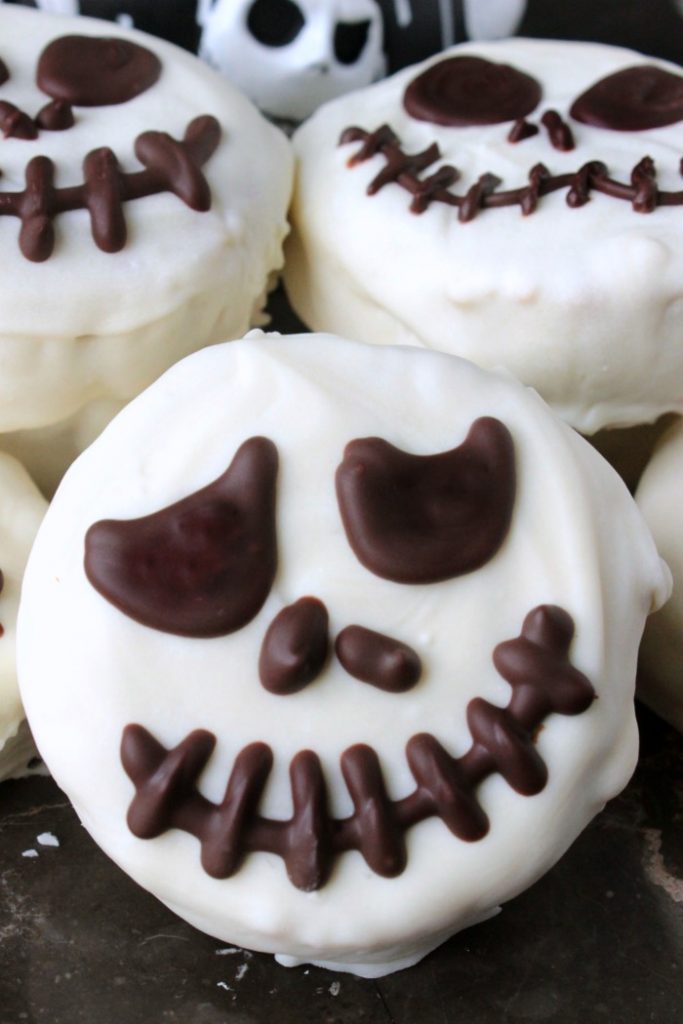 I used regular chocolate because that’s just what I had but you could also use the black candy melts that you can get from the hobby stores. Either one will work perfectly! 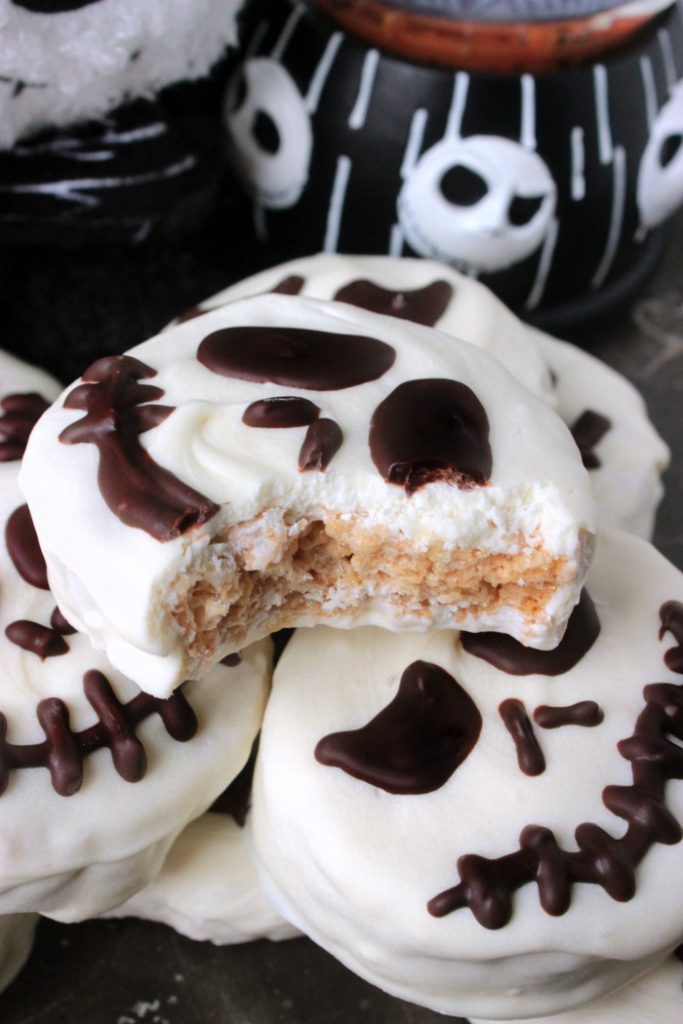 Also, I first made these with just the tops covered in white chocolate and I just didn’t like the way they looked.  That’s why I just went ahead and dipped the entire circle into the white chocolate. Plus, I think I’ve told y’all this before, but if not, I LOVE chocolate covered rice krispie treats haha.

Chocolate covered rice krispie treats are like heaven to me. haha

Here are a few other Chocolate Dipped rice krispie treats on the blog: 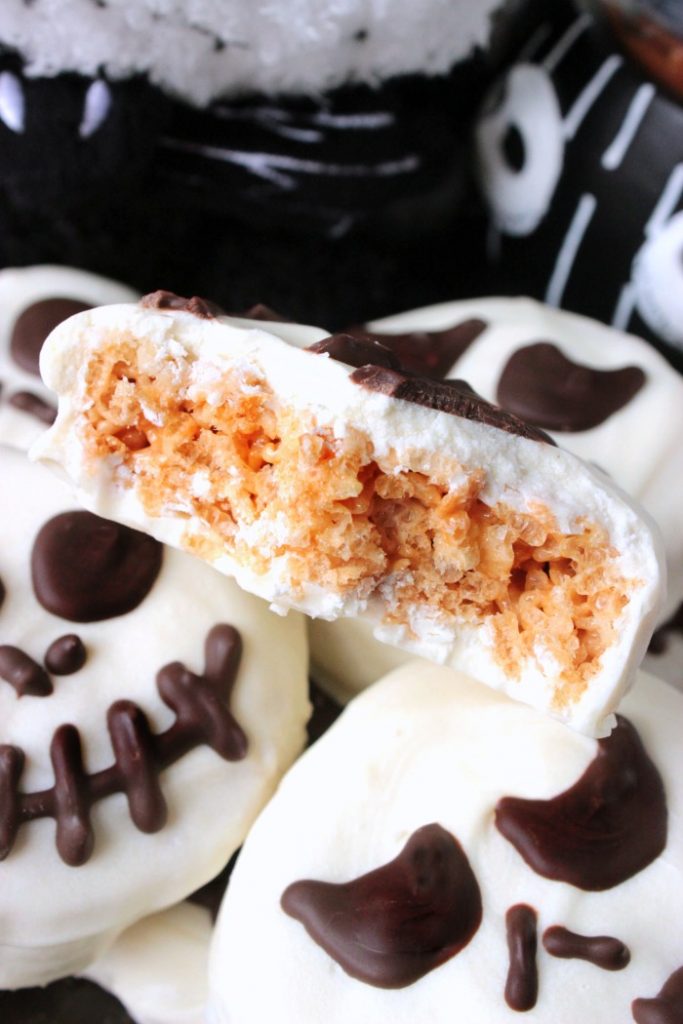 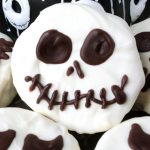 Add a little bit of "The Nightmare Before Christmas" to your Halloween party with these easy Jack Skellington Rice Krispie Treats! 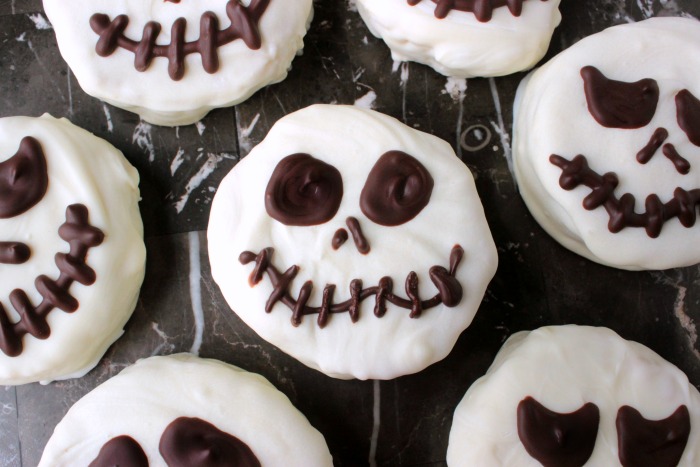 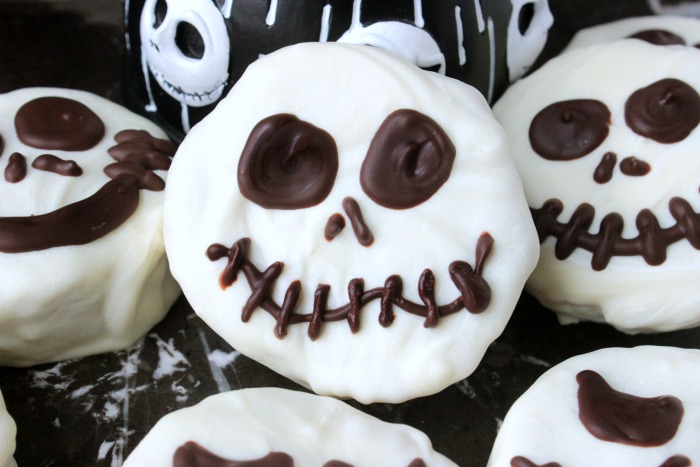