It’s going to take just a few days of sitting in the fridge but with 3 ingredients you can brew up your very own love potion cinnamon whiskey at home! 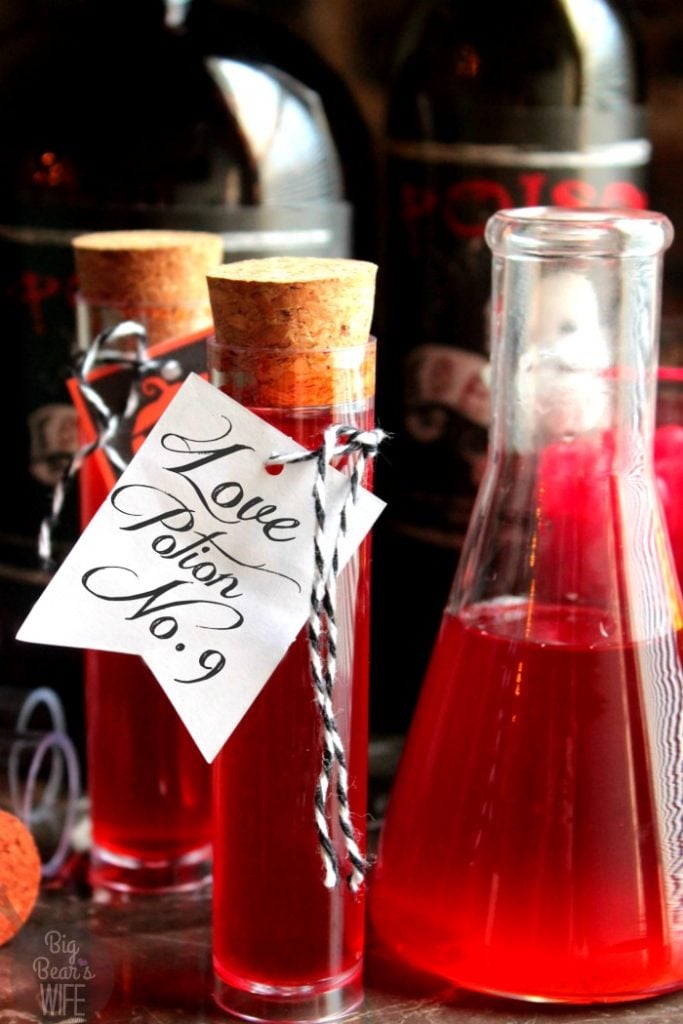 Ok, well we’re not really making Whiskey at home haha but we are going to turn that bottle of whiskey into a bottle of homemade cinnamon whiskey by adding two little ingredients. 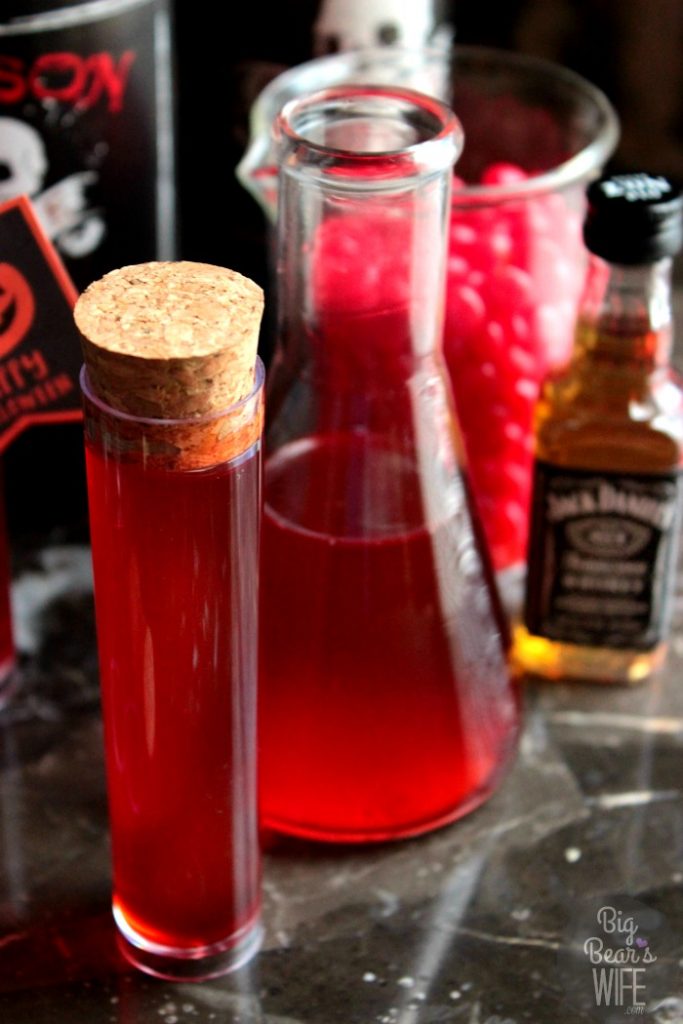 I know you’ve probably heard the “Love Potion #9” song right? Well this is my Halloween version of Love Potion #9. 😉

Let’s get right into this! 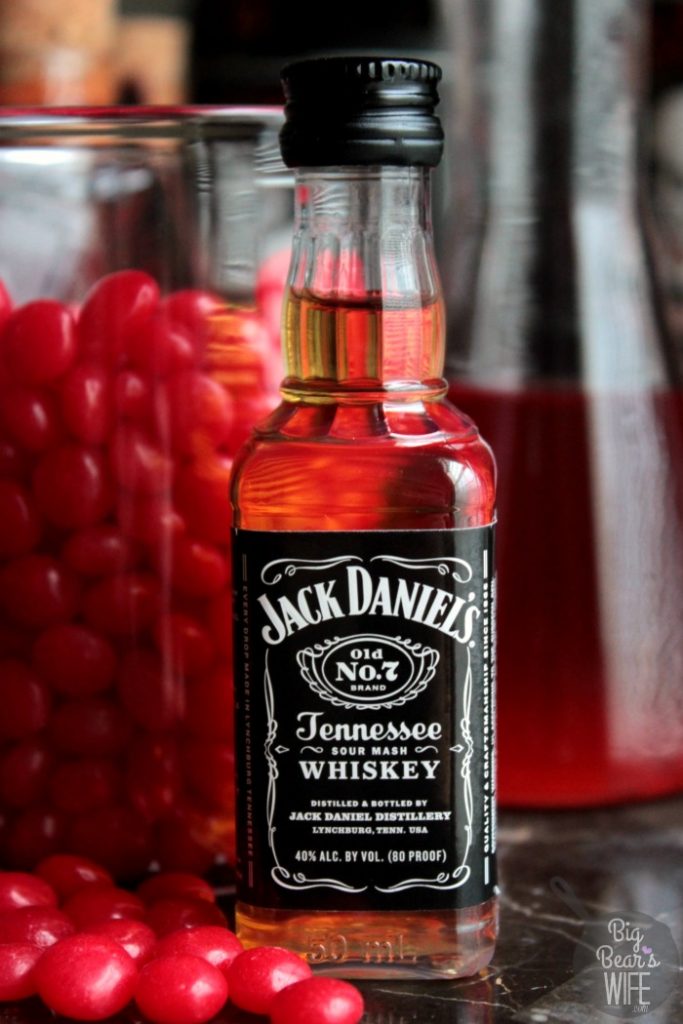 First you’re going to need a whiskey! I picked Jack Daniels for this but go ahead and pick your favorite. 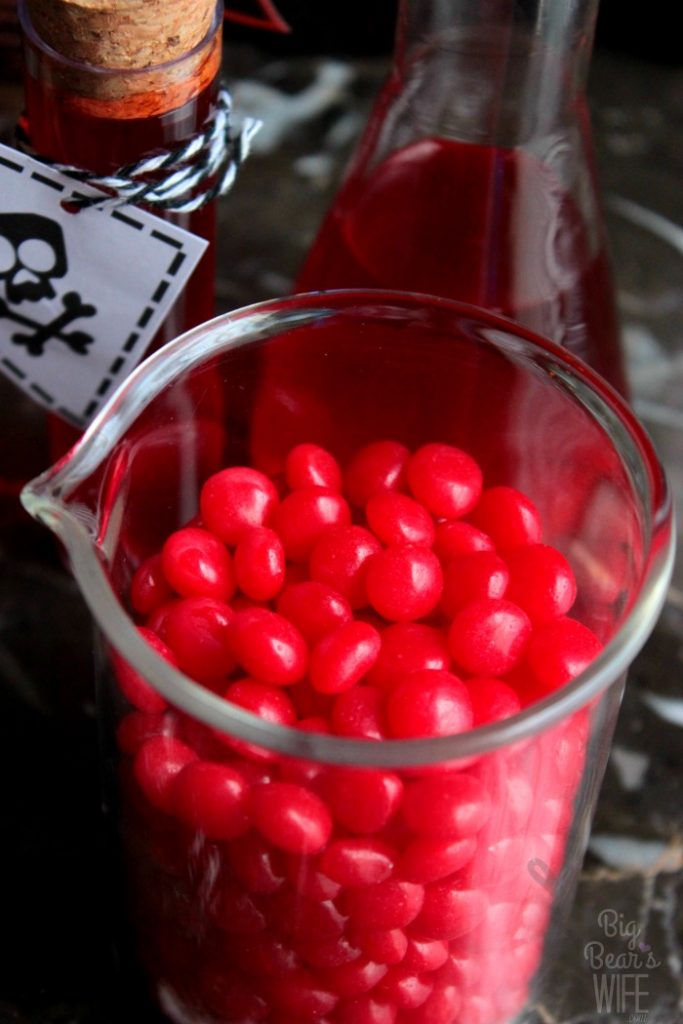 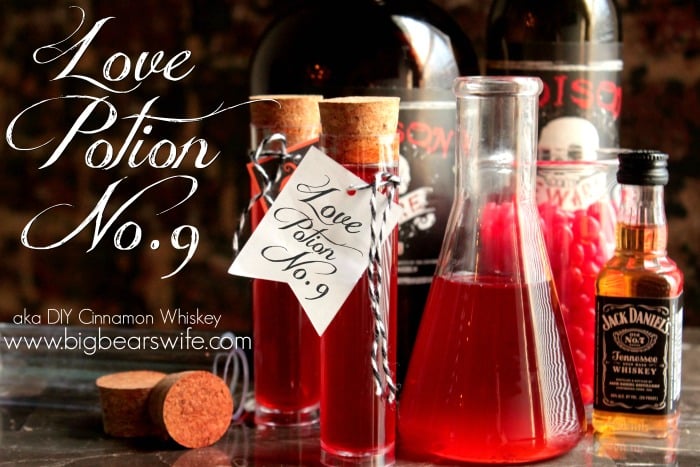 Follow the recipe before, wait for a couple of days, shaking every once in a while.

After a few days you’ll have your very own cinnamon whiskey! Now after a few days, give it a try and decide if it’s done or if you want to keep letting it sit with the candy and cinnamon sticks.

If you think it’s ready, just pour the whiskey into another container and throw away any remaining candy and the cinnamon sticks.

I normally keep my Jack Daniels bottle and just pour the cinnamon whiskey back into that bottle when I’m ready. 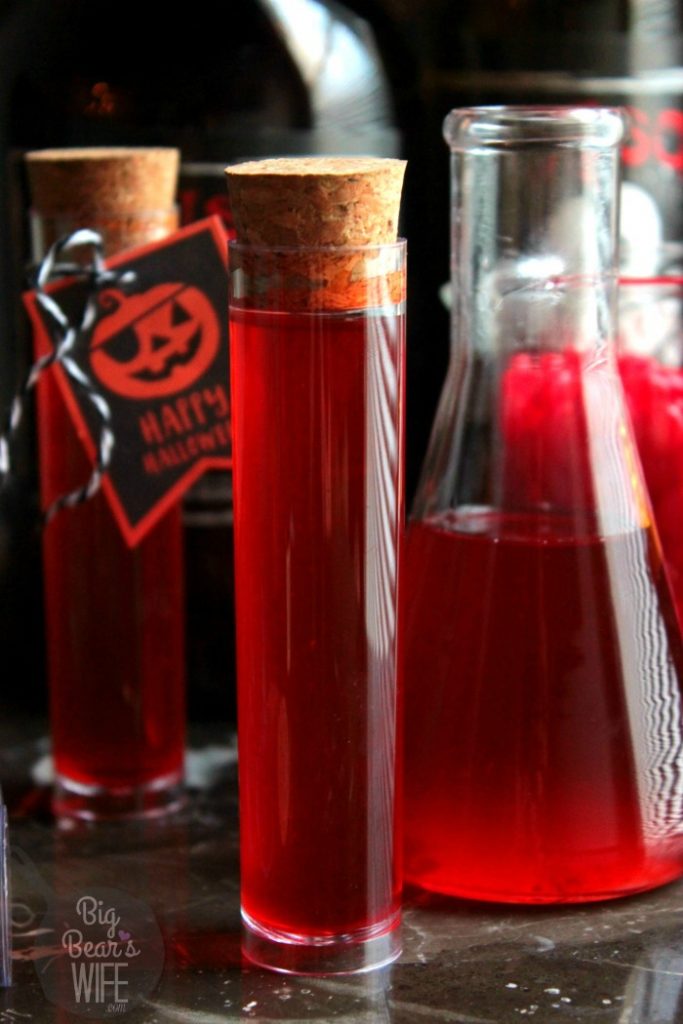 So of course you can just take shots but I found these little test tubes at Target and thought they would be perfect for this love potion! 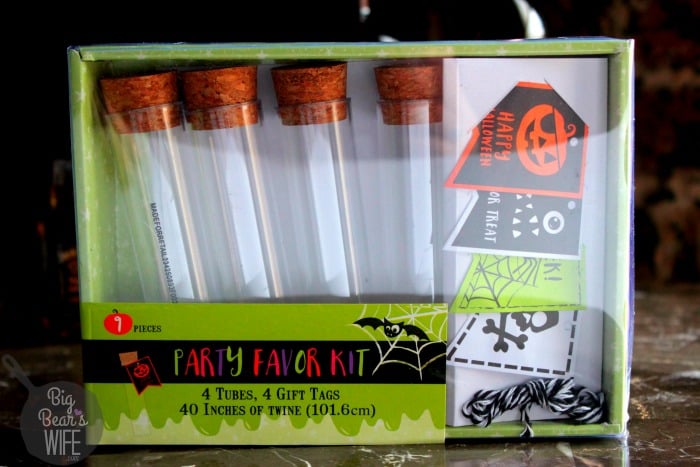 Having an adult Halloween Party? How cute would these be at the party! Love it! 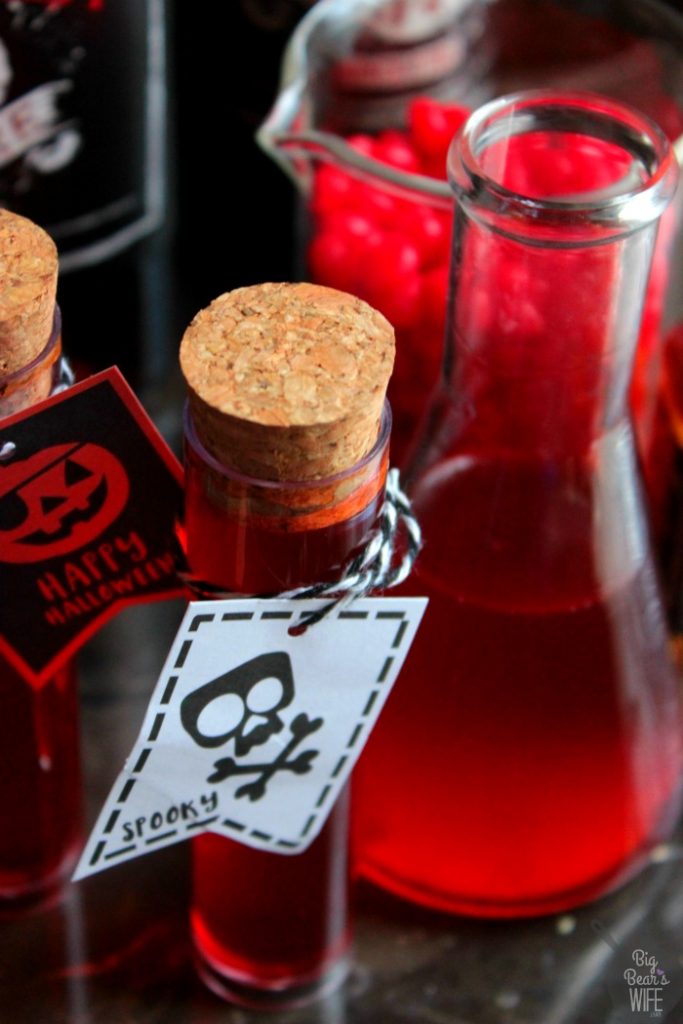 Or if you’re not into making your own cinnamon whiskey, you could always just buy fire ball and pour it into the test tubes for a Halloween party favor! 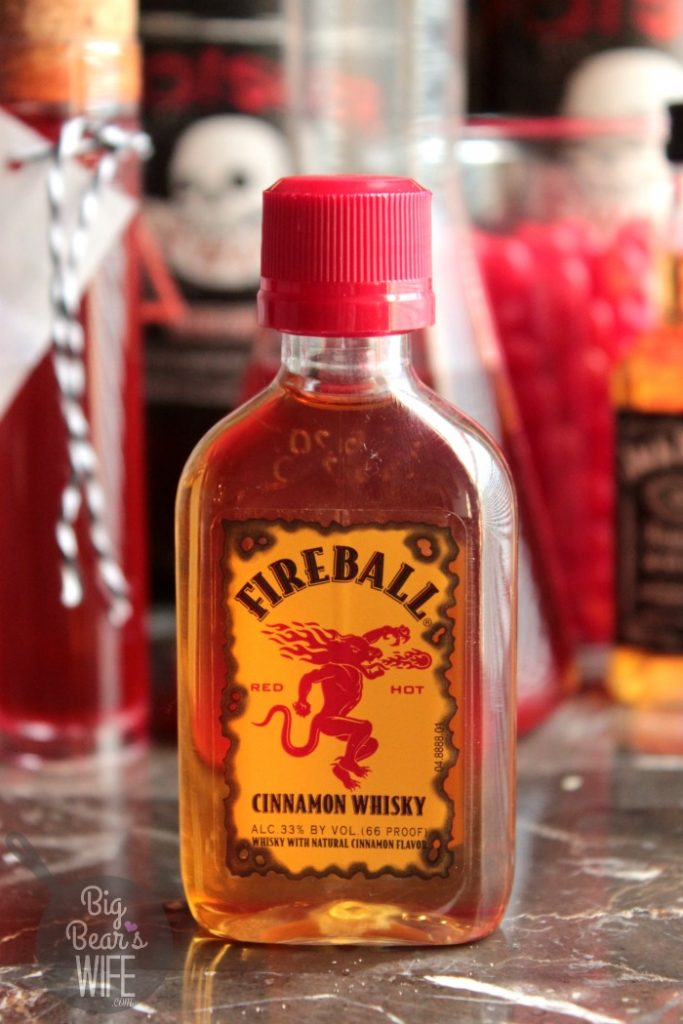 Happy Halloween, Y’all! Get out there and make your own cinnamon whiskey…..eerrr I mean love potion! 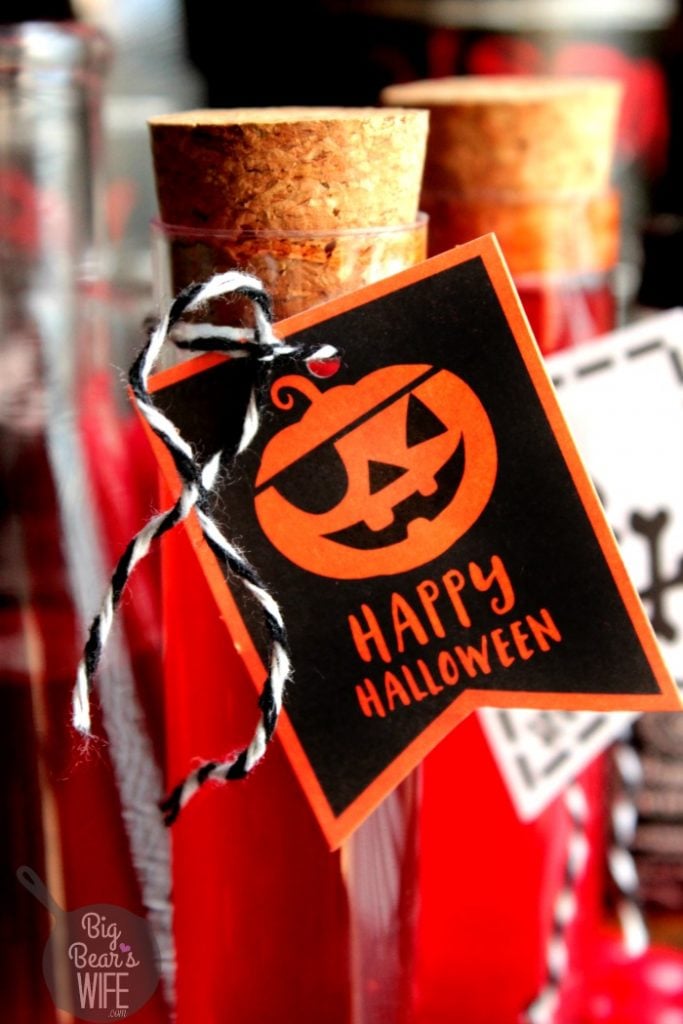 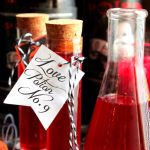 It's going to take just a few days of sitting in the fridge but with 3 ingredients you can brew up your very own love potion cinnamon whiskey at home!

Linking this to Meal Plan Monday #34