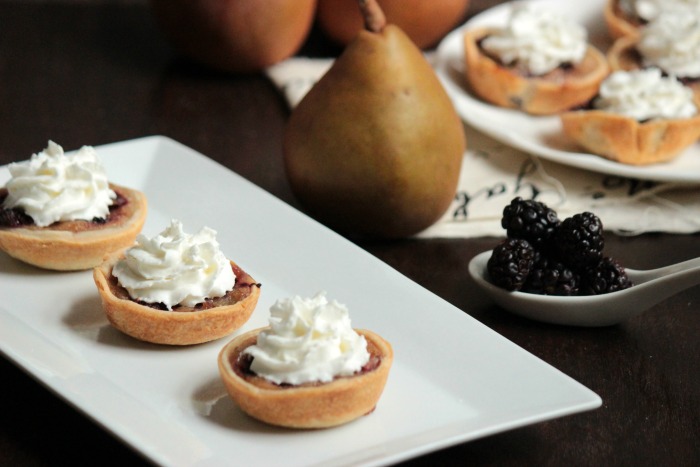 Back a few weeks ago when a HUGE box of Taylor’s Gold Pears showed up to my office I was more than “a little happy”…. I was ecstatic! I’ve always enjoyed pears but I’ve never actually taken the time to make recipes with them, but after this special delivery I had dozens of pears to cook and bake with!

But what to make? I didn’t have a clue. I’ve always just ate pears “as is”. I’d never really taken the time to incorporate them into any recipes. So I turned to my family and friends; I asked them what they would make with all of these pears and almost every single person said “Pear Pie”. I have gotten more into pie making over the past year or two so I figured that I’d give it a whirl. 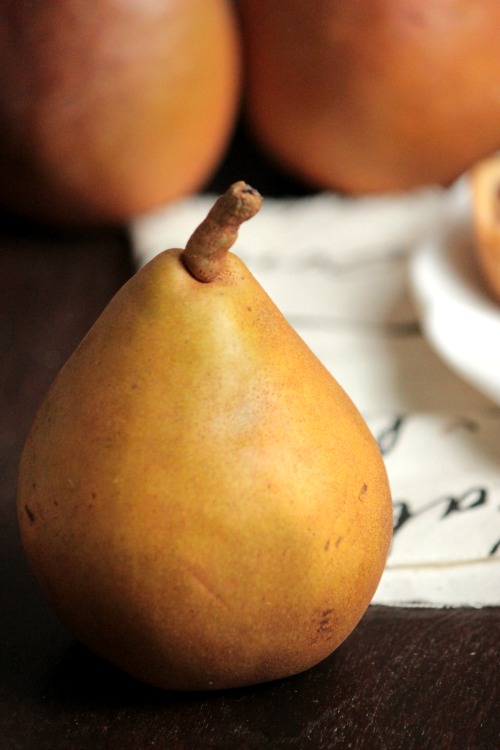 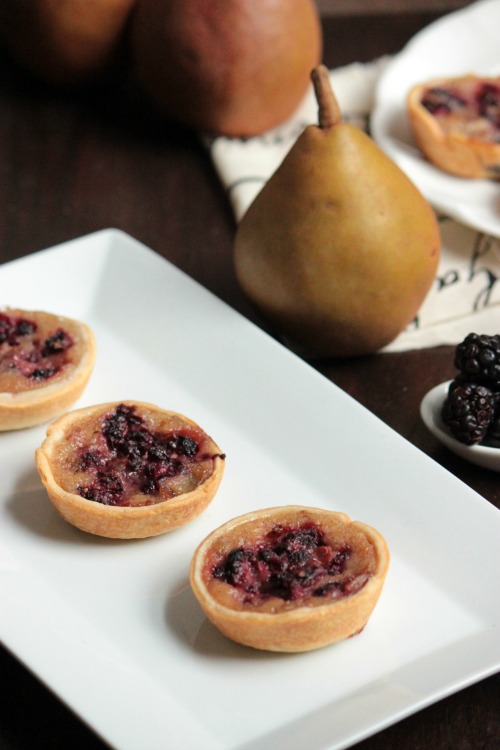 The pears for these Mini Pear and Blackberry Pies can either be baked in the oven or they can be cooked on the grill! After sprinkle each pear with cinnamon and brown sugar, I drizzle on a little bit of honey and then wrap them in a sheet of foil before cooking them. 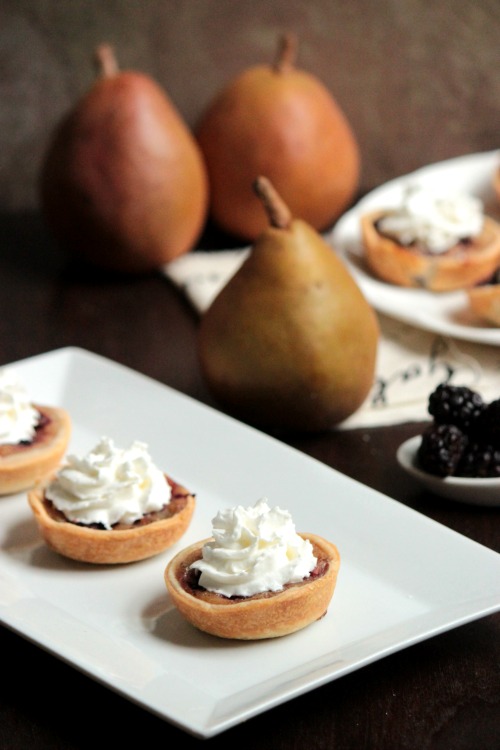 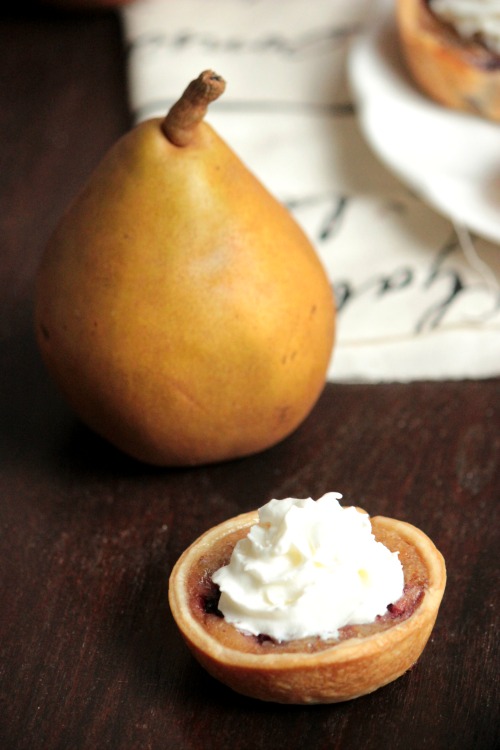 Oh and this recipes also makes a fantastic large pie if you don’t want the mini ones! :)These little pies were so wonderful! They got the BigBear Seal of Approval (as well as mine!) But they also got the approval of my god-daughters and my friend Nikki! They would be perfect for your next cookout or dinner!!

Directions
Pre-heat the oven to 375F.  (Or preheat the grill if using the grill)Cut each pear in half and remove the seeds. (Also remove the stem).

Drizzle each pear half with the honey and then wrap the foil around the pear to make a “pocket”.

Lightly “crimp” the top of the pocket but leave enough space for steam to escape.

If baking in the oven, lay the foil packets onto a baking sheet before putting them into the oven.

Bake in the oven or place in a closed grill for 45 minutes.

Once they’re done, remove from the oven and let cool.

Now the next part can either be done in a bowl by hand or in a food processor.

I chose to use my food processor because it made the pie filling super smooth but I think it is personal preference.

So after the pears have cooled, add them to the food processor (or mash them in a bowl), and process until smooth.

Stir in 1-2 tablespoons of cornstarch to thicken the filling.

Roll out the pie dough and use a circle cookie cutter to cut out mini pie crusts. Grease the muffins tins and place a dough circle into each cavity of the muffin tin to form the pie crust.

Roughly chop the blackberries and swirl them into the pie filling. Add a few pieces to each mini pie.

Bake in the oven at 350F for about 20 minutes or until done.

Let cool and then top with cool whip.

.
Now that I’ve shared these fantastic mini pies with you, let me take a moment to tell you about Taylor’s Gold Pears! These amazing and tasty pears are from New Zealand and are available from from mid-April through July. They have a beautiful cinnamon color to them and they are some of the best tasting pears that I’ve ever had! As much as I loved baking with them, I absolutely adored them “as is” with my lunch or as an afternoon snack!

Please join us as we’ll be sharing recipes, giving away Visa gift cards and giving out fun pear swag!

We’ve got something else for you too!! Make sure to enter the giveaway because YOU could WIN a $150 Visa Gift Card and a large box full of Taylor’s Gold Pears!!!!
Your entry will also give you an entry towards the grand prize of a new Vitamix blender and a $100 Whole Foods gift card!  Be sure to come back on June 25th and July 30th to enter the other great giveaways for #loveNZfruit.
a Rafflecopter giveaway

This post and recipe is #sponsored by Taylor’s Gold Pears. As always, all words and opinions are my own 🙂 Always have been and always will be 🙂