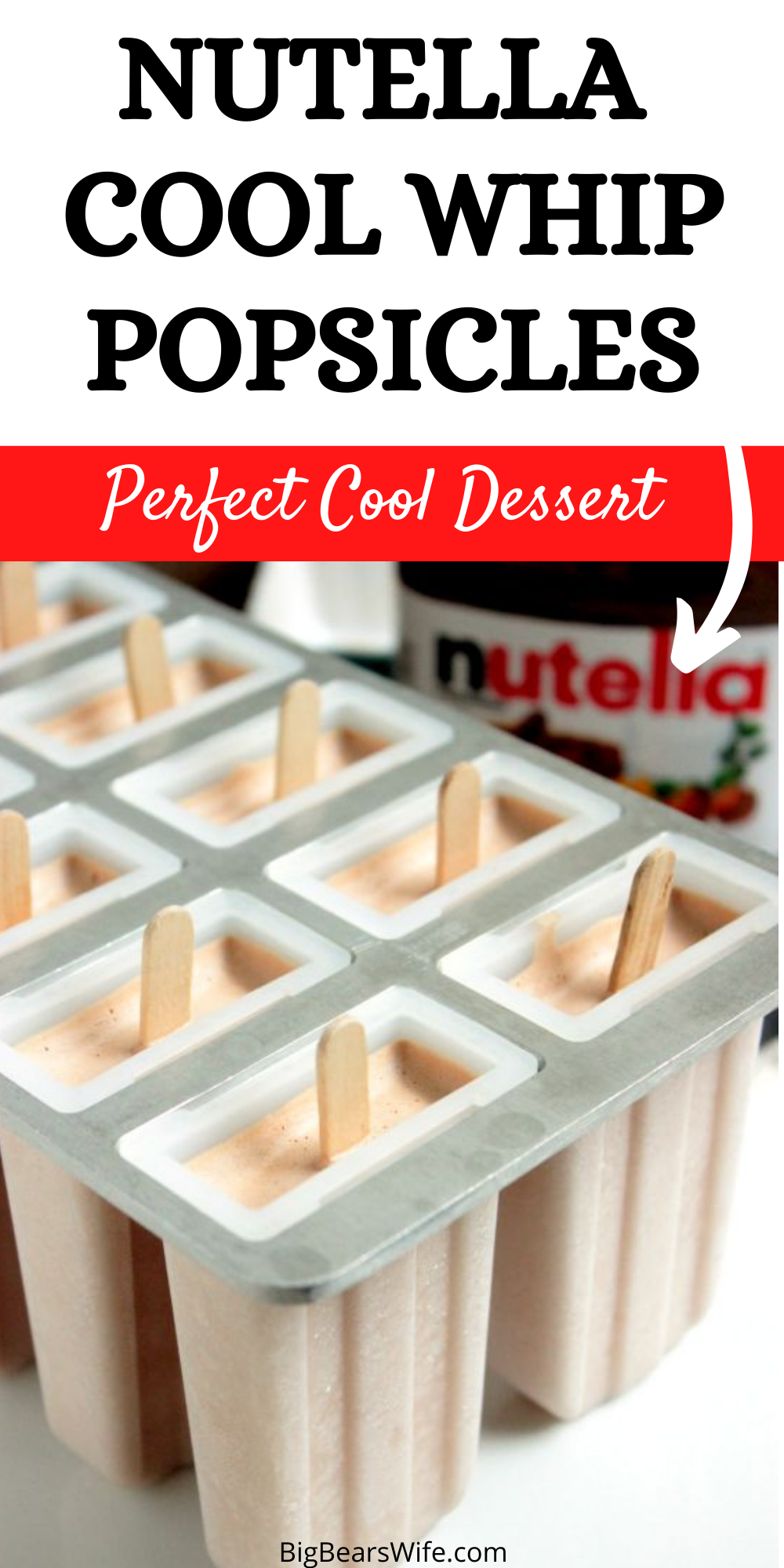 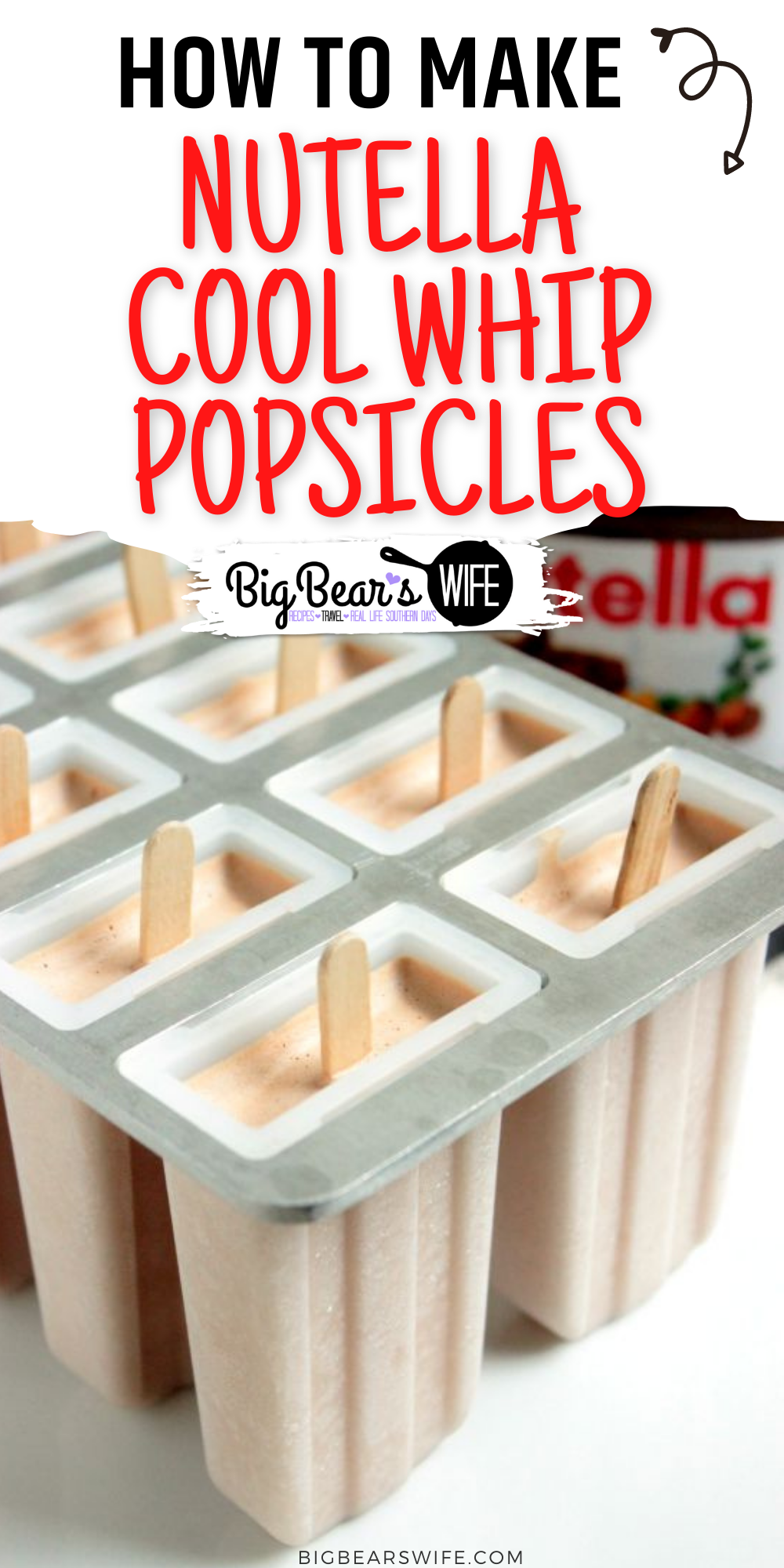 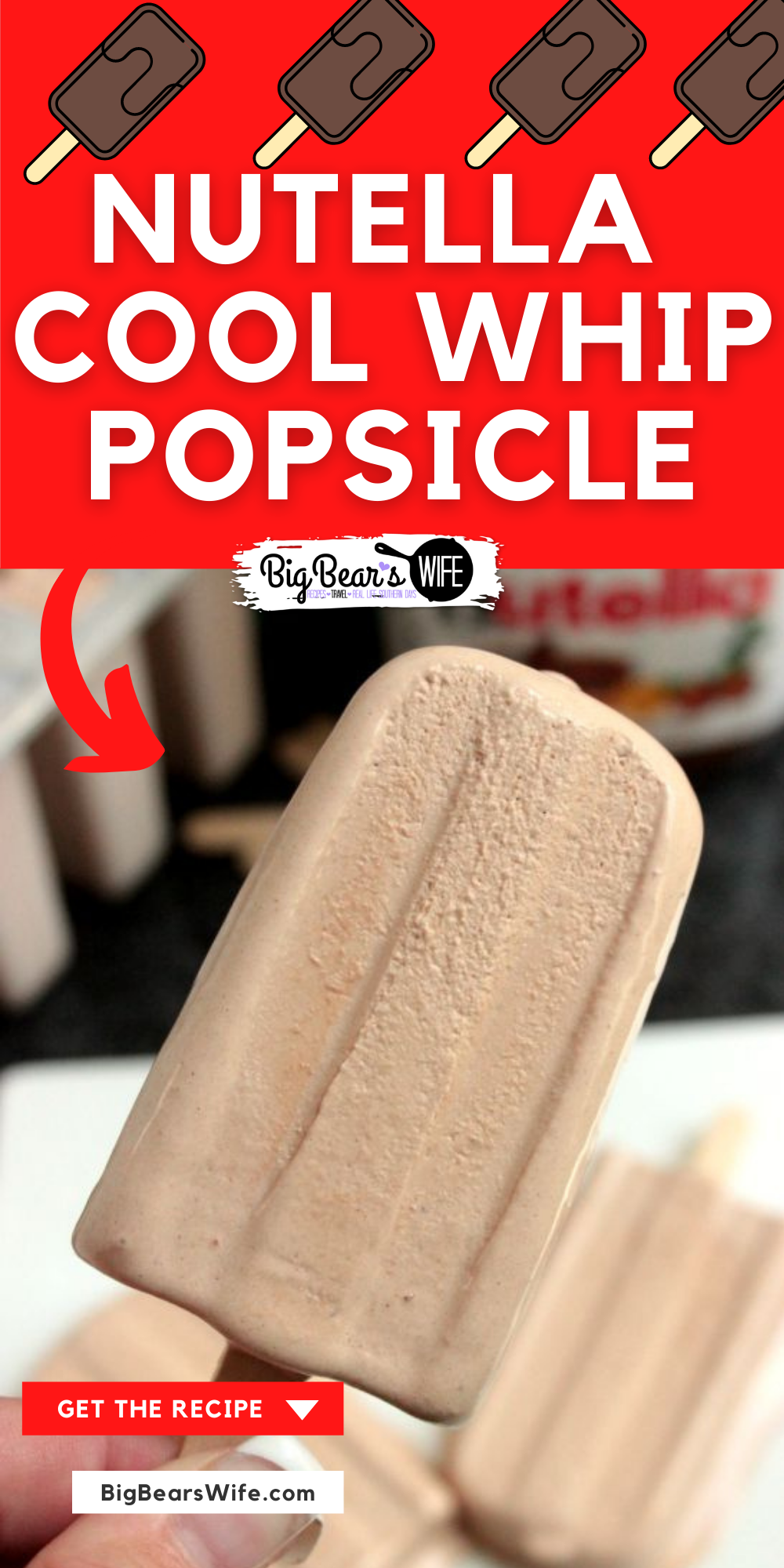 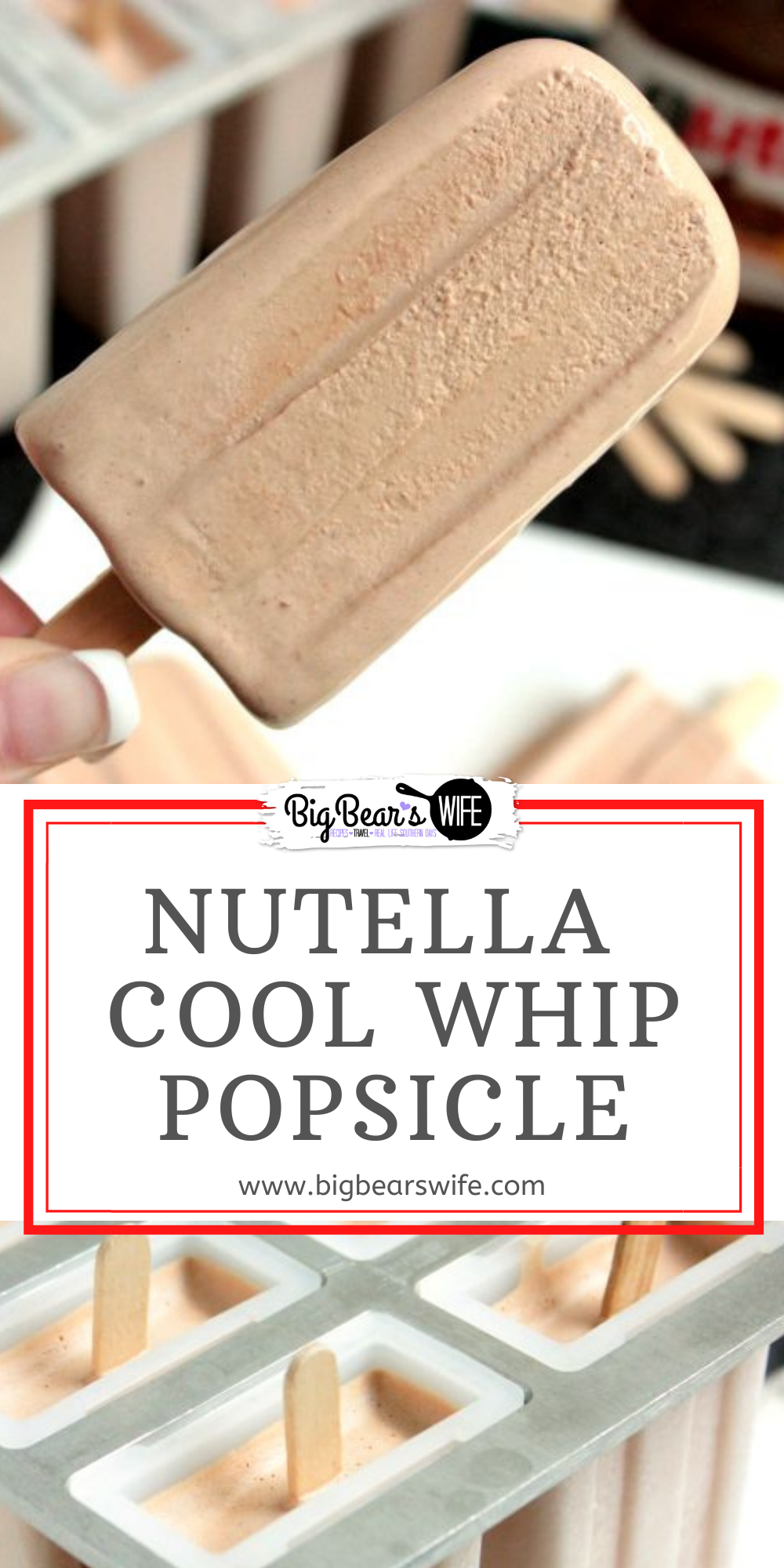 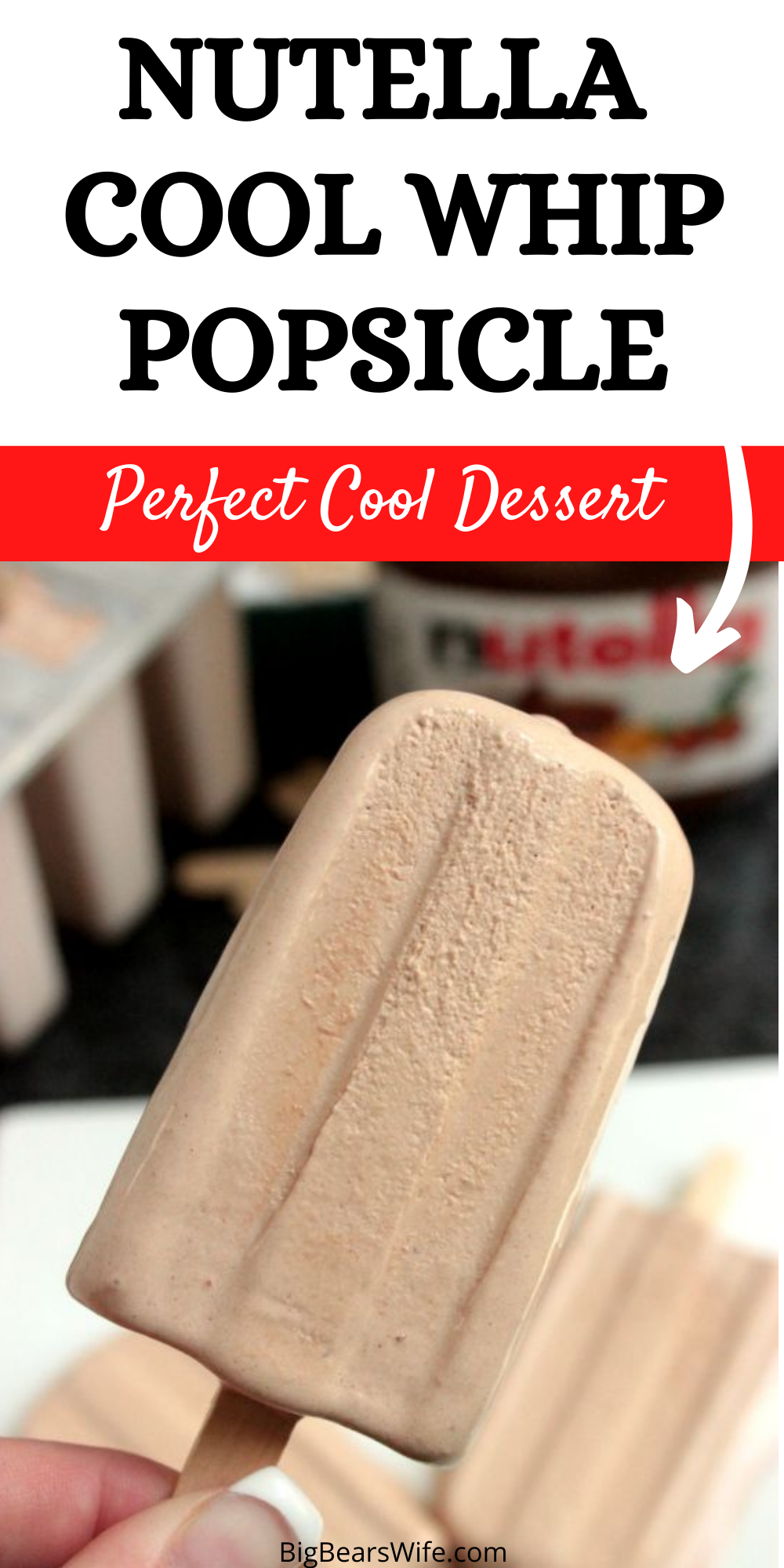 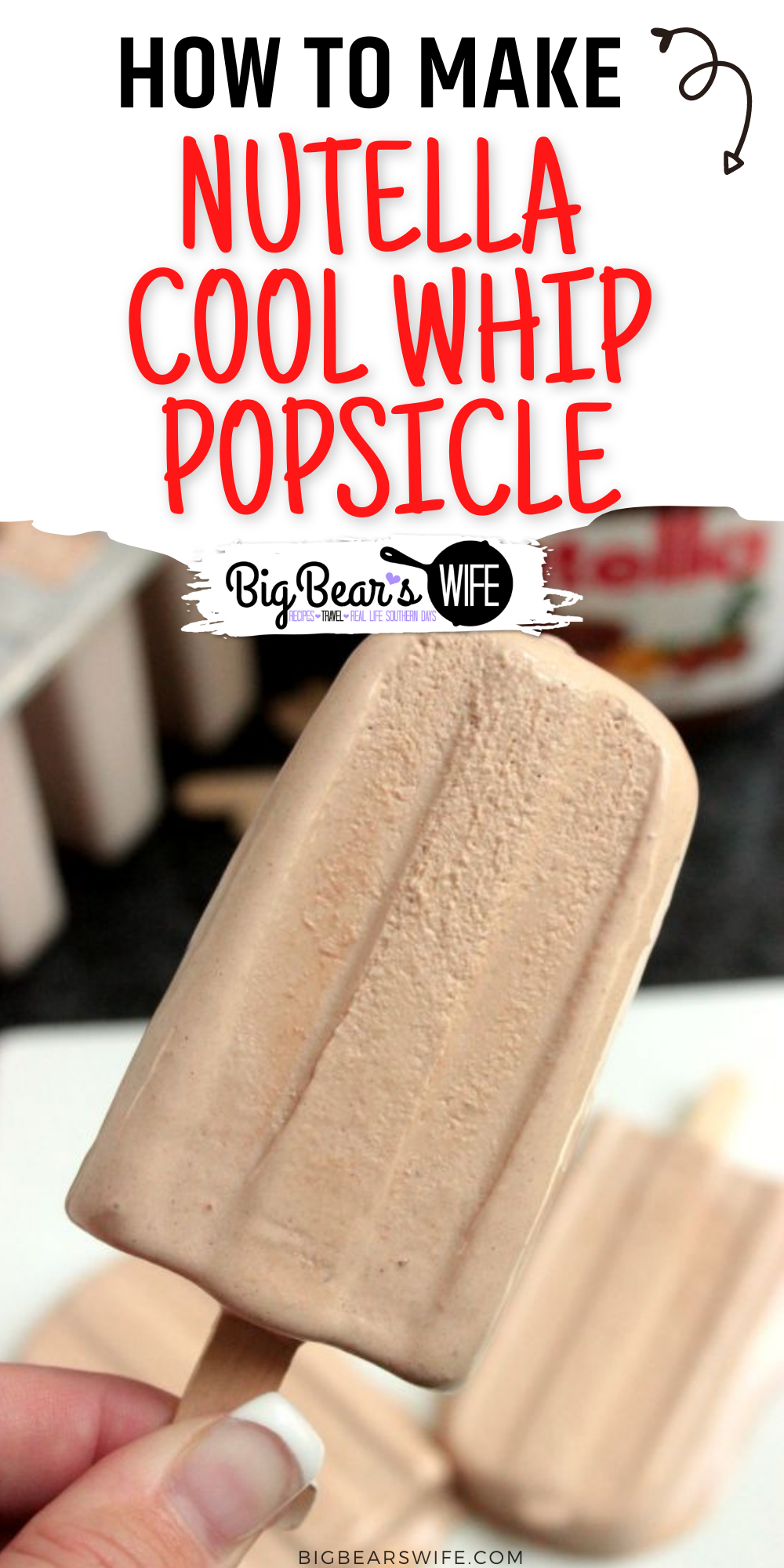 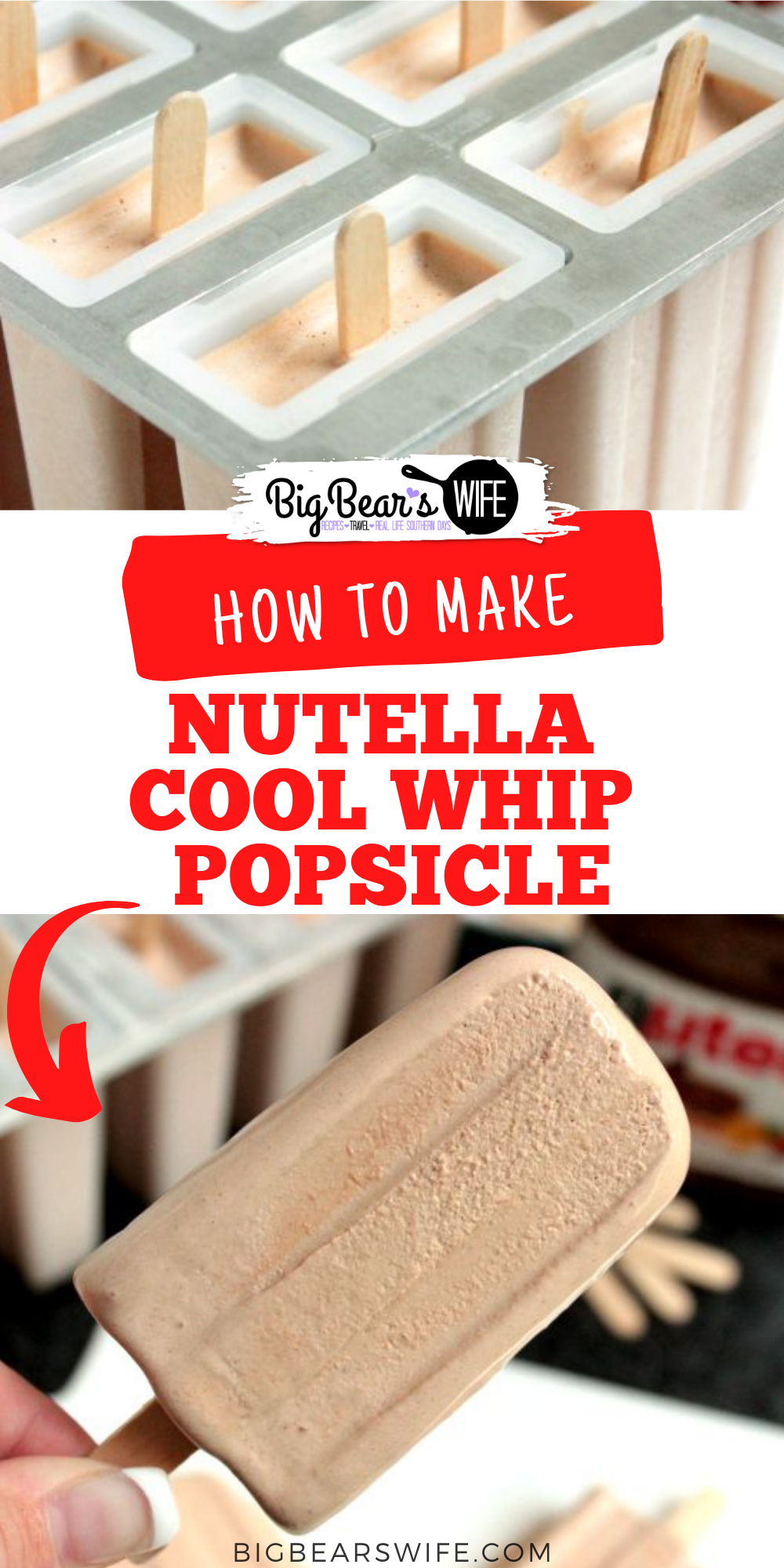 2 ingredient Nutella Cool Whip Popsicles are what you need to cool off during these hot summer days! Whip them together for a great frozen treat! 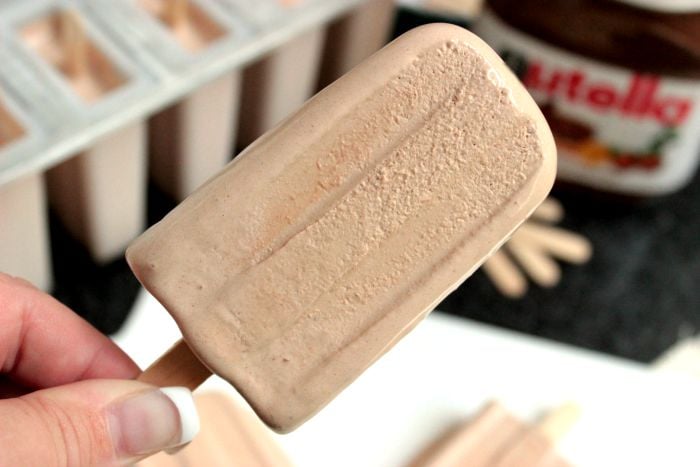 Our weather is flipping out (AGAIN!) and while we’ve had hot, muggy days, we’re also getting a few cloudy overcast days! I feel like my diet changes with the weather and it’s hoping around from popsicle to hot cocoa!
It’s perfectly ok to eat popsicles when it’s cool out right? (Ok Cloudy, not 100F “cool”). 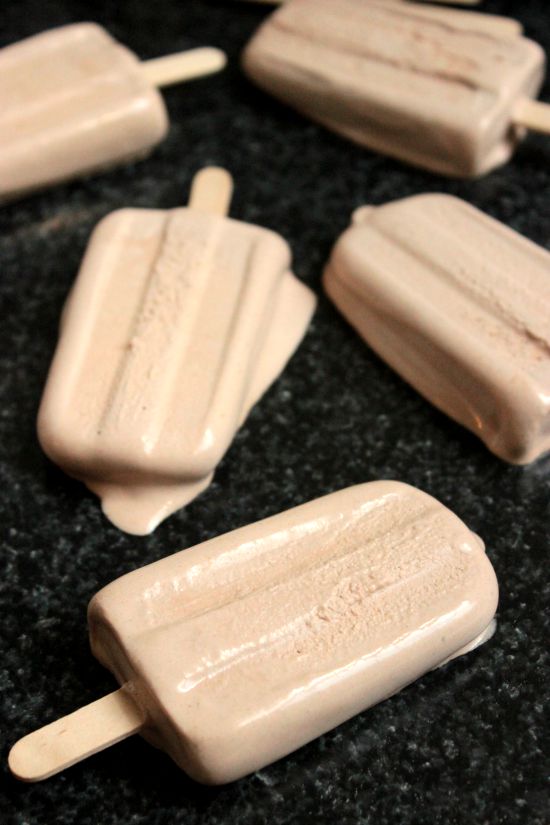 Today is a little over cast and rainy and I’m still craving these Nutella Cool Whip Popsicles. I’m probably really just craving them because they’re made of Nutella & Cool Whip, they’re already made and in the freezer and I’m lazy. 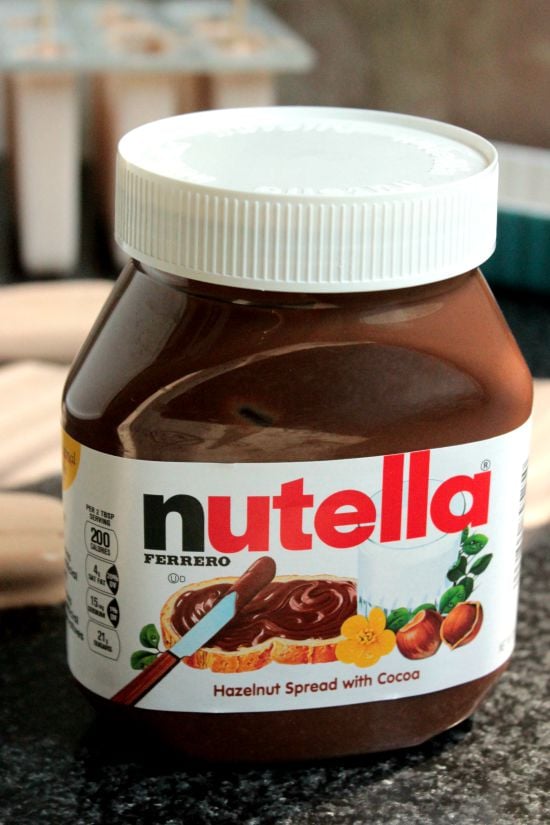 I spotted this beautiful jar of Nutella when we were at the store the other day and threw it on into the buggie.
My mom mentioned Nutella and Cool Whip pops the other day so I figured that I should give them a try! 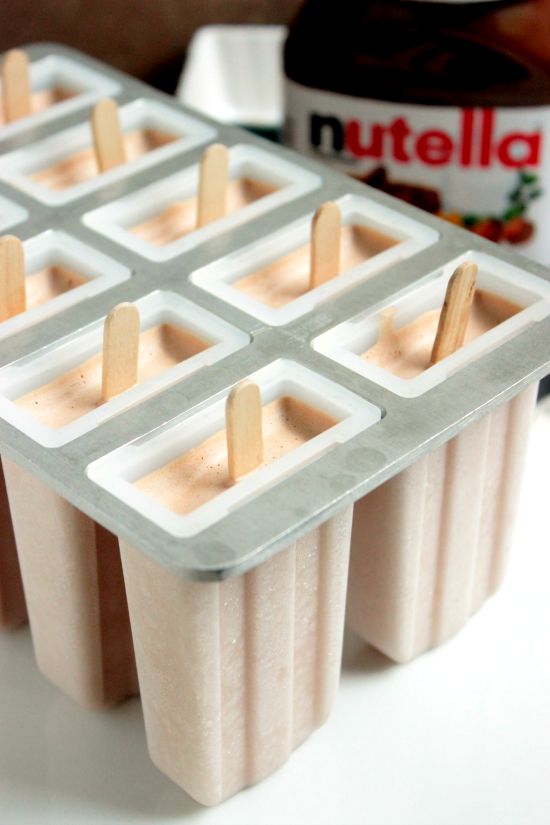 Nutella, Milk and Cool Whip. That’s all you need for these pops! I love Cool Whip and I always have to buy extra when I buy it for a recipe because the first tub is totally going to be inhaled by the spoonful. I just can’t help it. It’s freaking awesome. 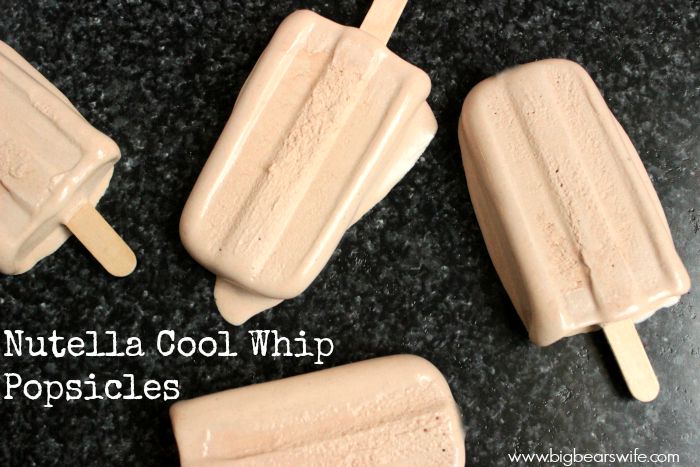 Speaking of Cool Whip, I LOVE adding cool whip to puddings for desserts and for pudding pops!

So since I use pudding and cool whip to make pudding pops, I figured it would be great for these! 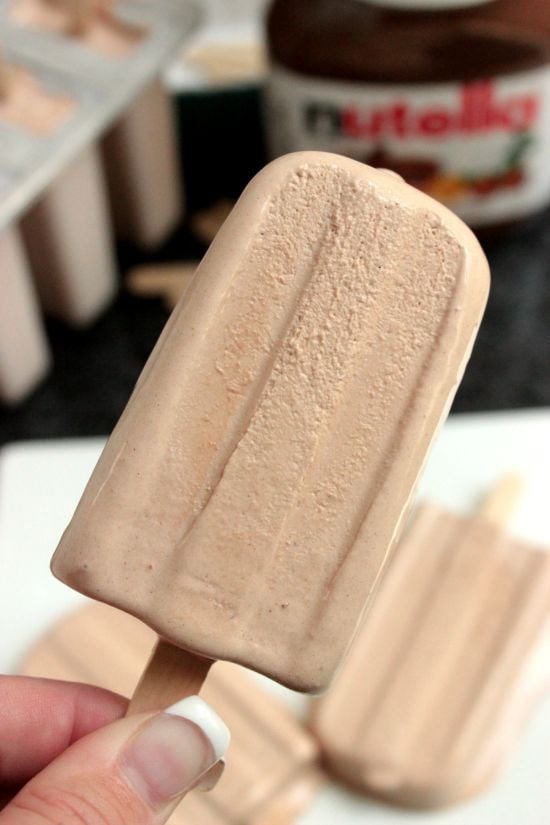 While I’m all about Cool Whip, my brother is the Nutella lover of the family!

My brother will just eat Nutella with a spoon. I actually bought him jars of Nutella for Christmas last year. He’s a total fitness buff until it comes to Nutella. haha. 🙂
I’ve pretty much eaten all of these so now I need to go make some more that I can send over to my brother. He’s gonna love these!
(I used store bought cool whip but you can use homemade)
(I used store bought Nutella  but you can use homemade)
*PLEASE NOTE that I have not tried this with the homemade substitutions* 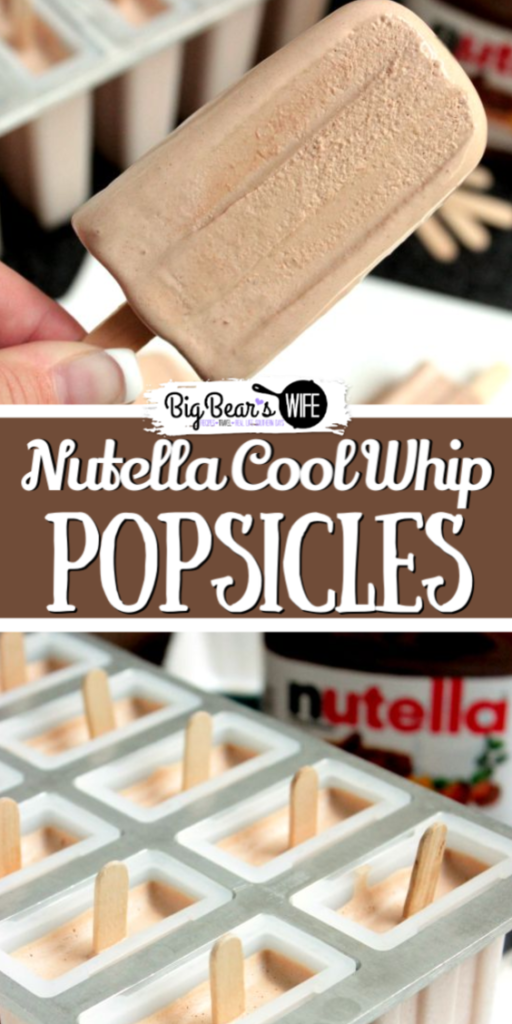 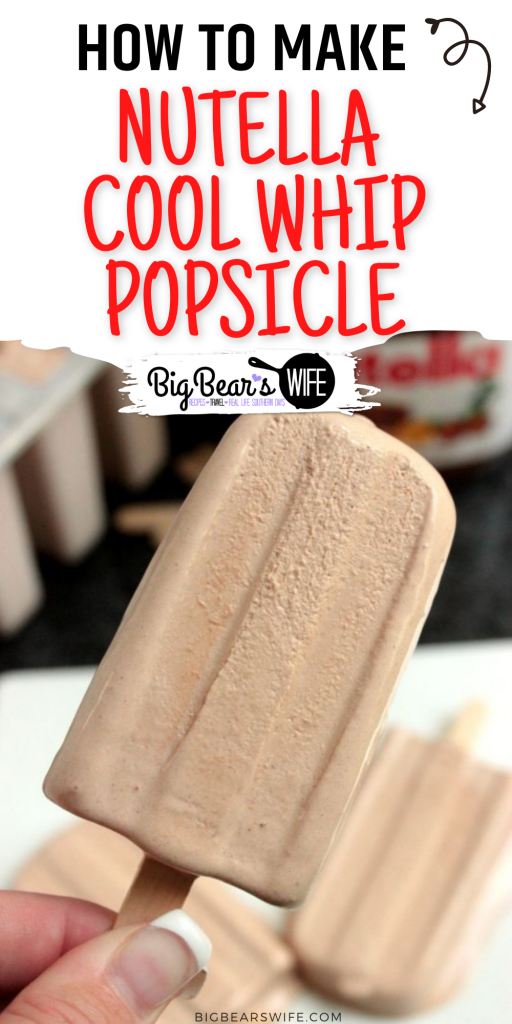 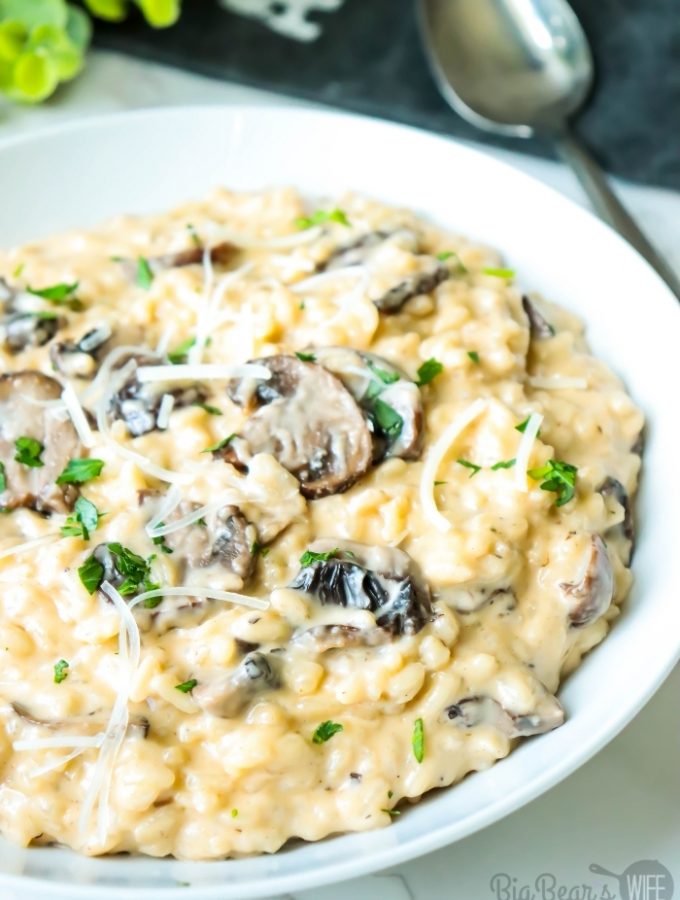