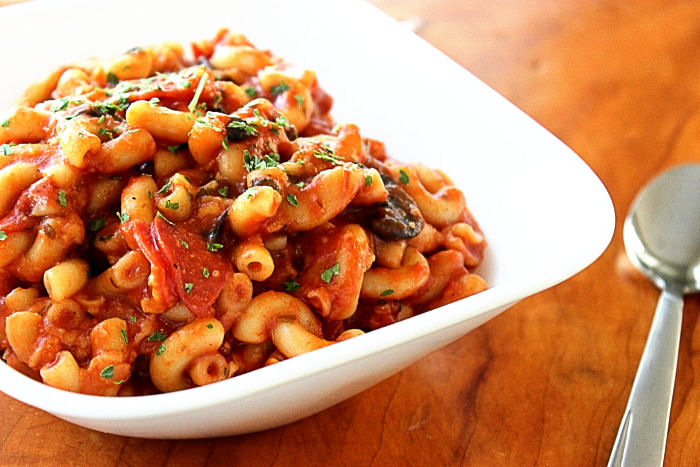 You know how sometimes you go into the kitchen with an idea and it doesn’t quite turn out like it was suppose to….but then the fact that it didn’t turn out right is ok because it’s actually really good and probably better than what it was suppose to be?!? I have to admit, that’s happened to me a few times.

While we were at the beach for Christmas, I took advantage of the amazing kitchen at the beach house and worked on a few recipes ideas, re-made and re-photographed some old recipes. This is one of the newest recipes added into my favorites list. 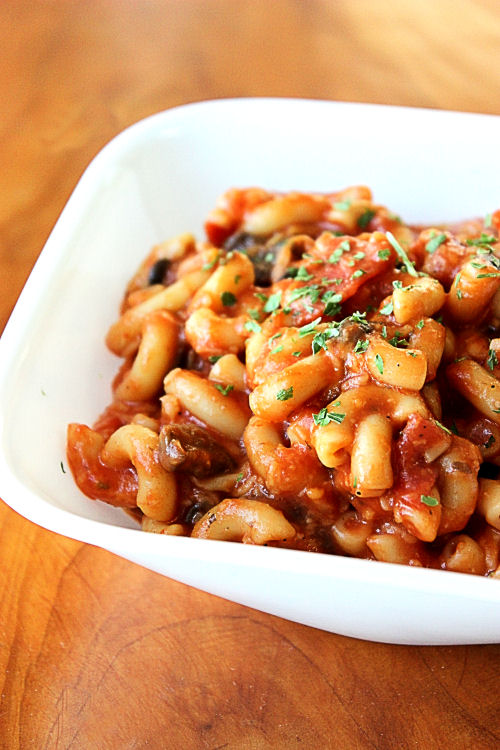 I originally wanted to make Pizza Soup.  But I didn’t have any oven proof bowls and I kind of sorta winged it at the store as far as buying ingredients … as I tend to do that a lot. I really use recipe names and photos as inspiration more than the actual recipes. So instead of Pizza soup.. I’ve got Pizza Pasta 🙂 Which in my opinion is even more fabulous! 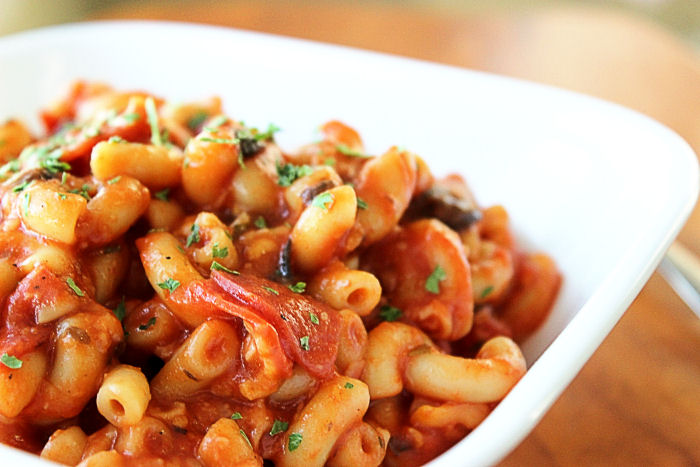 I finished this Pizza Pasta off in the crock-pot, but you could certainly just simmer it on the stove. I made two batches. One was “Pepperoni Pizza Pasta” and the other was “Pepperoni and Mushroom Pizza Pasta”– which is the pasta pictured in the post (which I might add was my favorite) 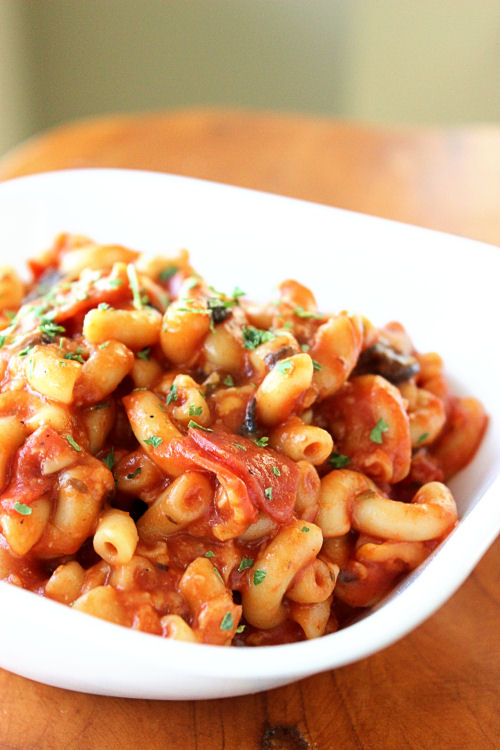 Melt the butter in a medium saucepan. Add mushrooms and cook until tender. Bring a large stock pot of water to a boil. Add a little salt. Add pasta and cook 10-12 minutes or until almost done. Drain and set aside.

Add the tomato soup, garlic, onion powder, salt and pepper to the bowl of a crockpot/slow cooker or to a large stock pot. Mix in the chopped pepperoni (and mushrooms if making Mushroom Pizza Pasta). Mix in the cooked pasta. Stir in cheese and parsley.

Let simmer for 1-2 hours or until the sauce is thick and hot.

Yields
8-10 servings (I was making enough to feed a crowd, half the ingredients for less servings) 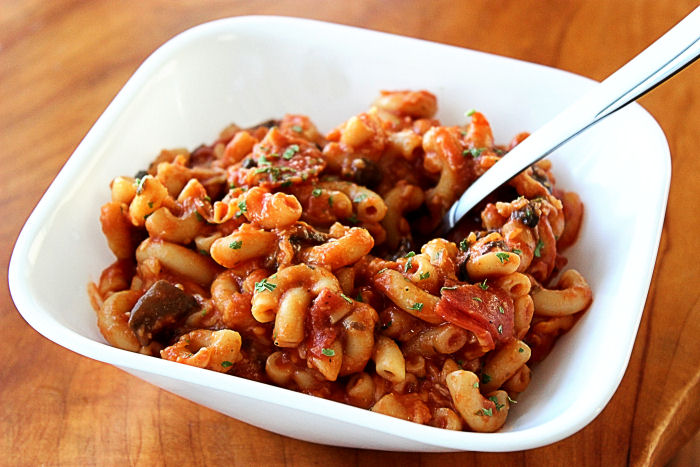