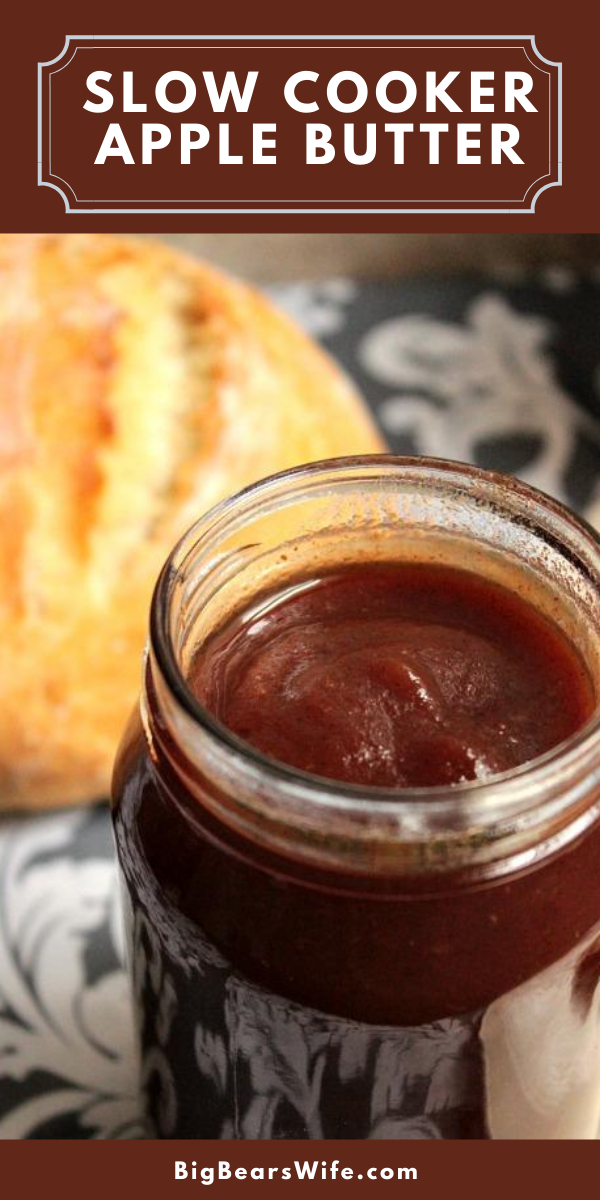 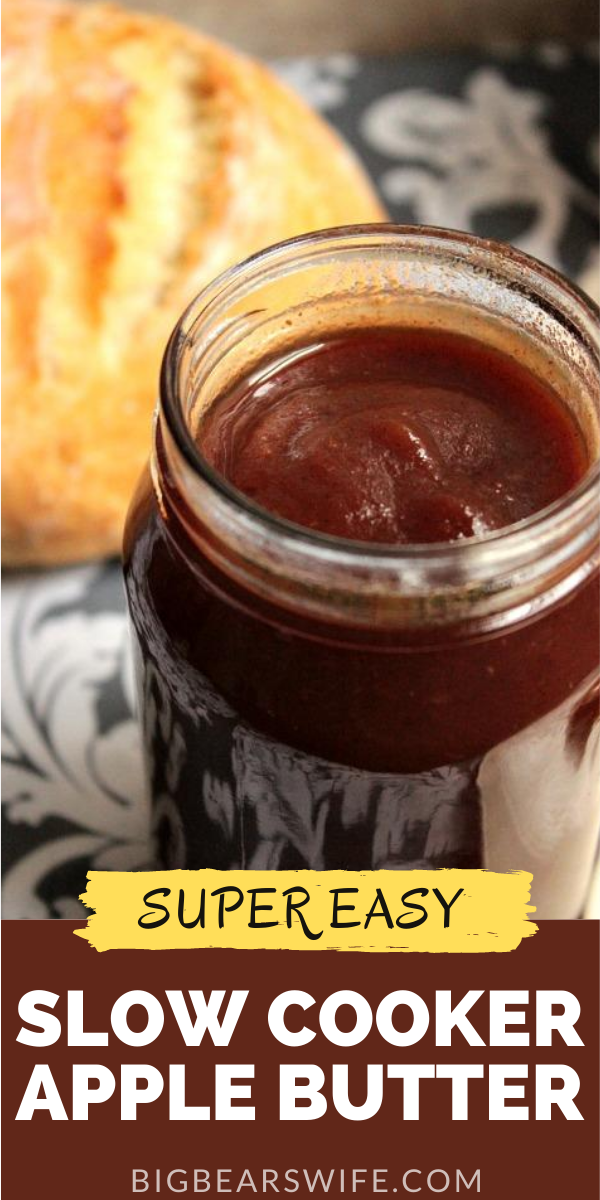 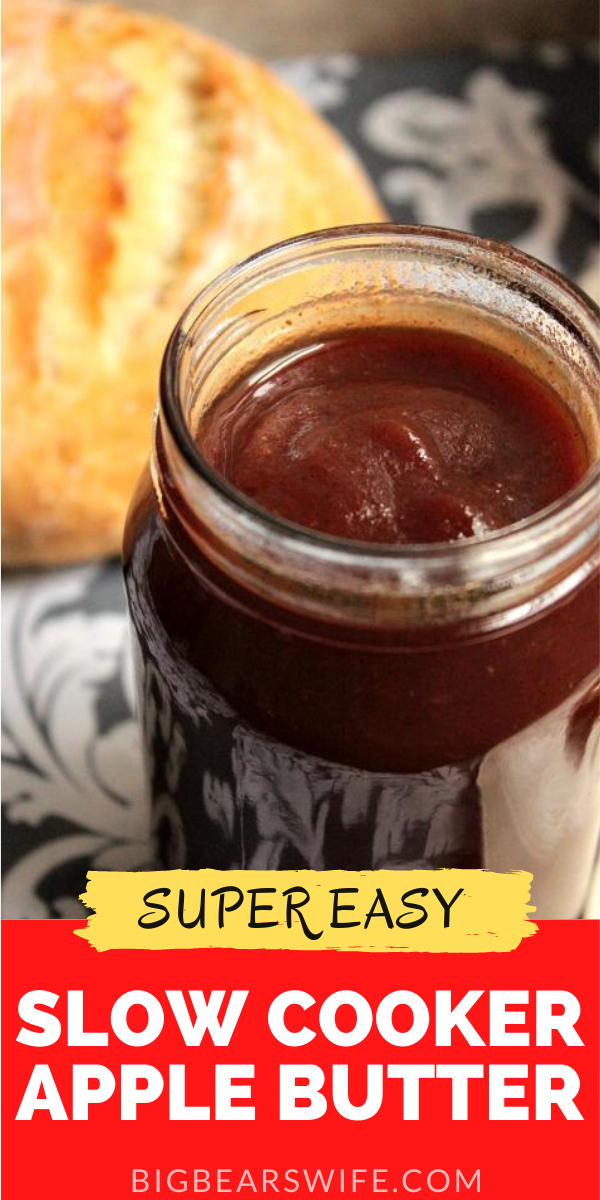 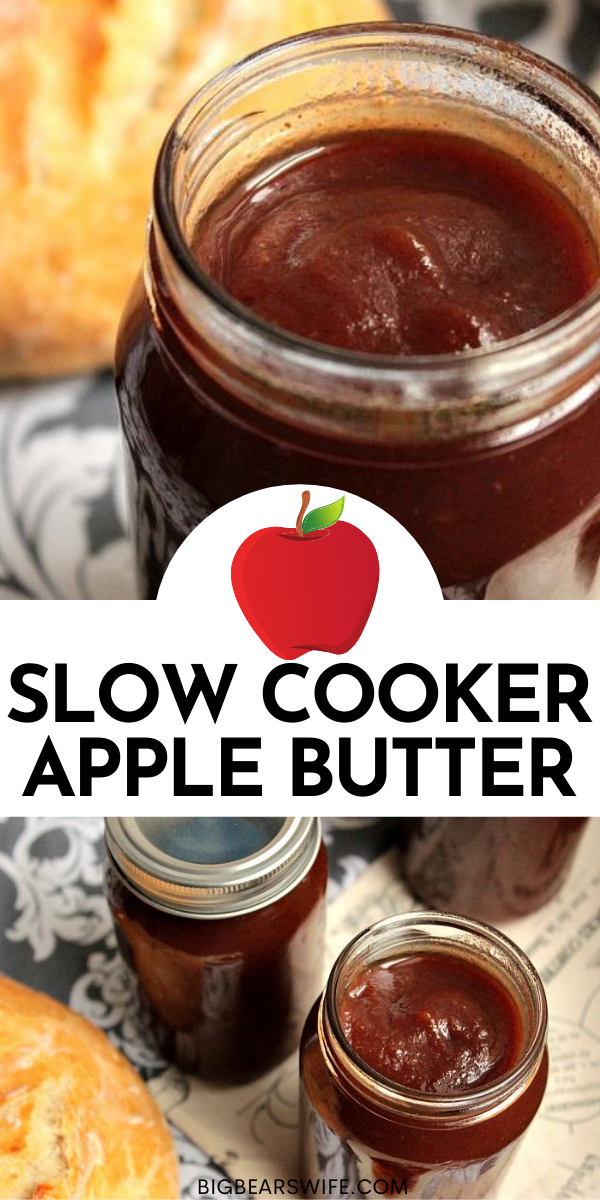 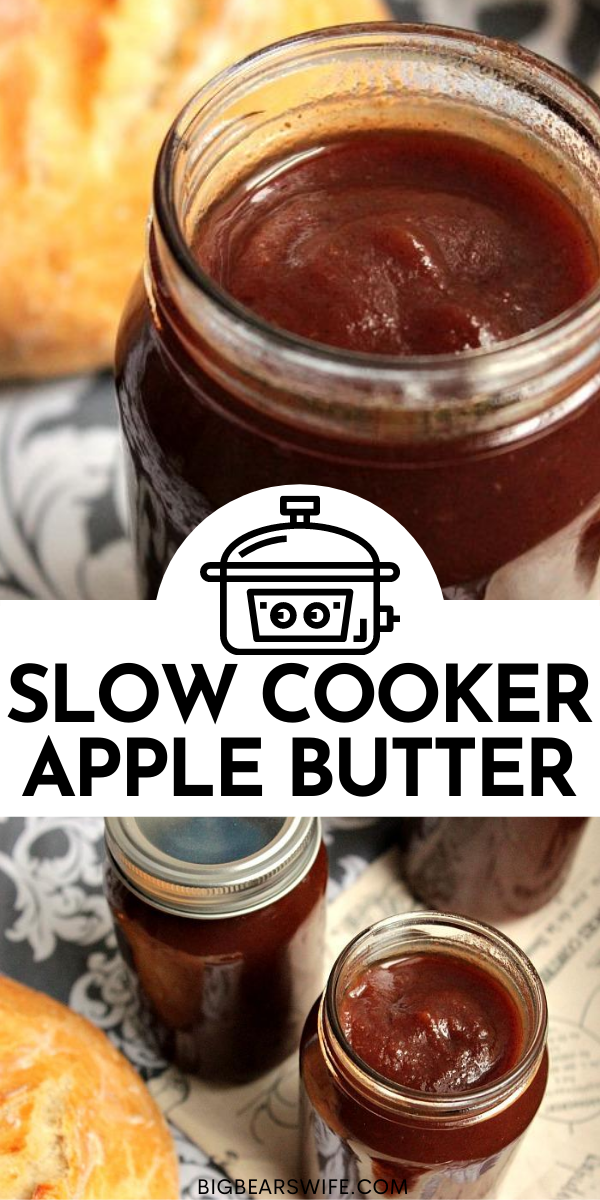 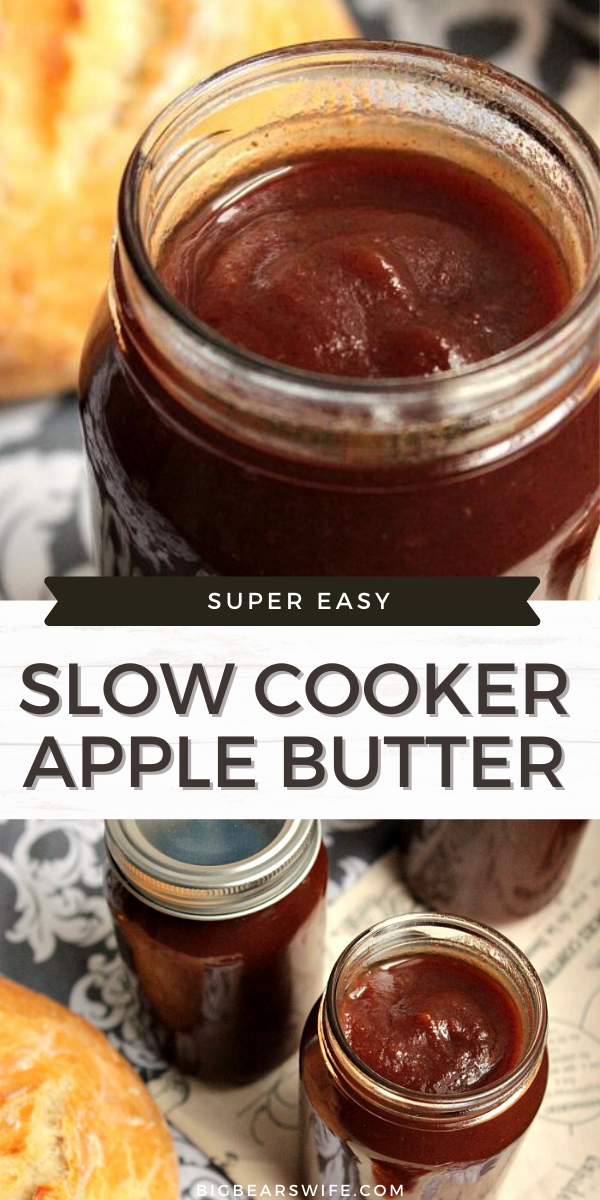 This Slow Cooker Apple Butter is just perfect on homemade buttermilk biscuits! It would make a great gift too! Just bottle it up and send it on it’s way! 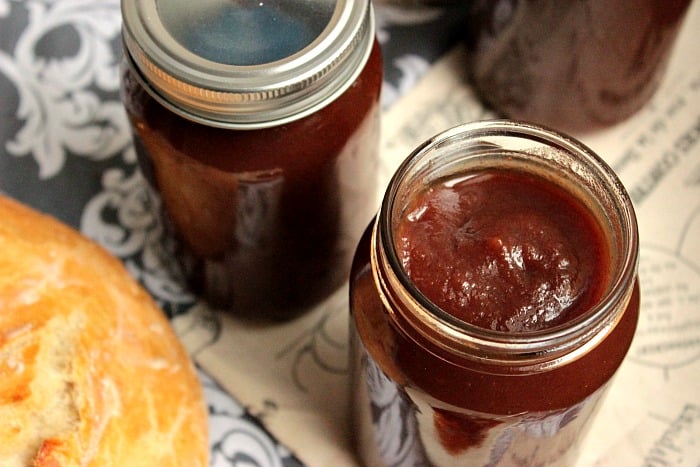 Unless you’ve had Apple Butter you have no idea as to what all the fuss it about. 🙂 But Oh, oh yes if you’ve had it you’ll understand why it needs it’s very own blog post on my blog. Yes, yes it IS that good. 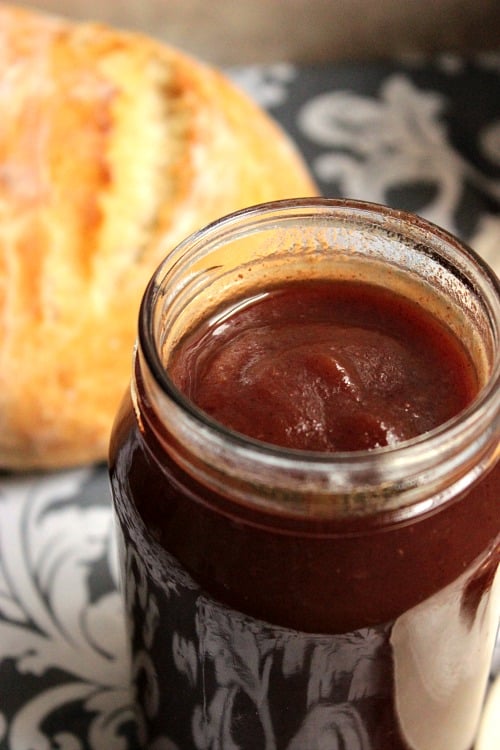 If you’ve never had apple butter you might find yourself saying things like “Is it really Butter?”, “What’s the big deal?”, “How do you turn apples into butter?”

If you’ve never had Apple Butter than you have been deprived my sweet friend. You have been living in a dark hole and I am about to throw down a rope and drag you out into the sweet world of Apple Butter… Just Kidding… I’m weak… I doubt that I could drag anyone out of a hole. Sorry about that. I can toss some apple butter down to you though. 😉 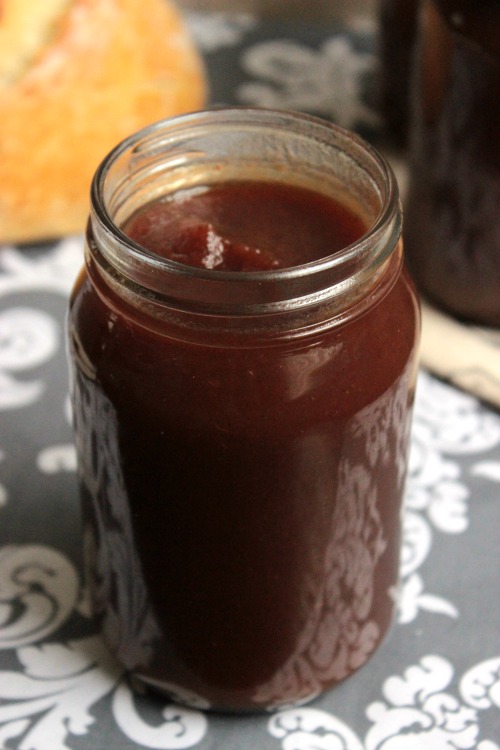 I had my first taste of Apple Butter a few years ago. I bought some from a friend named Heather and I will admit that I was a little nervous to try it. Was it butter? Was it like a jam? Is this going to be something I’ll like. But since I’m all about supporting my friends, I bought a jar from her and put it into my fridge.

After a bit of a personal pep talk I finally decided to try it one more. What’s the worst that could happen? 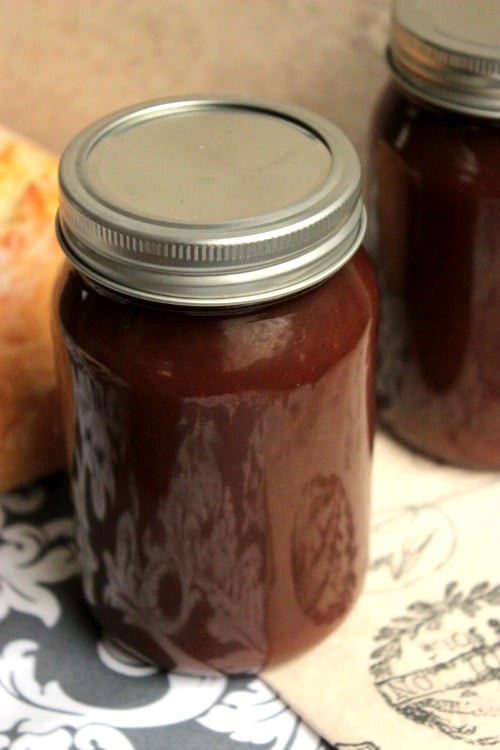 Well I tried it. I tried it on a biscuit. I took a bite, did I like it? Was it good?

It WAS! It was very good! I kicked myself for not trying it sooner. I don’t think it lasted very long in the house after that. I got BigBear hooked on it and before I knew it the jar was empty. So sad, so very depressing. 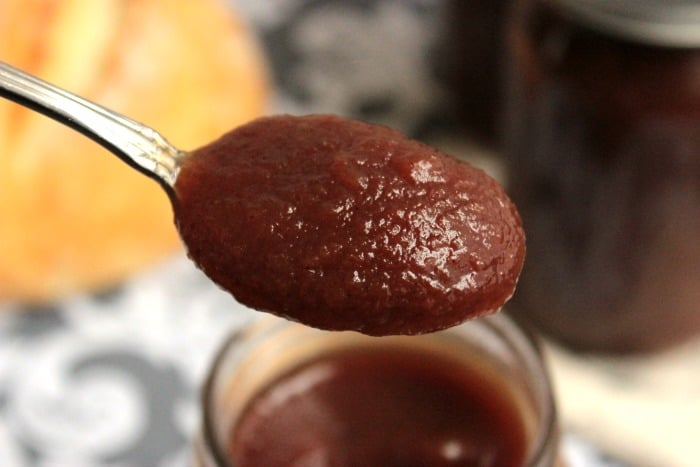 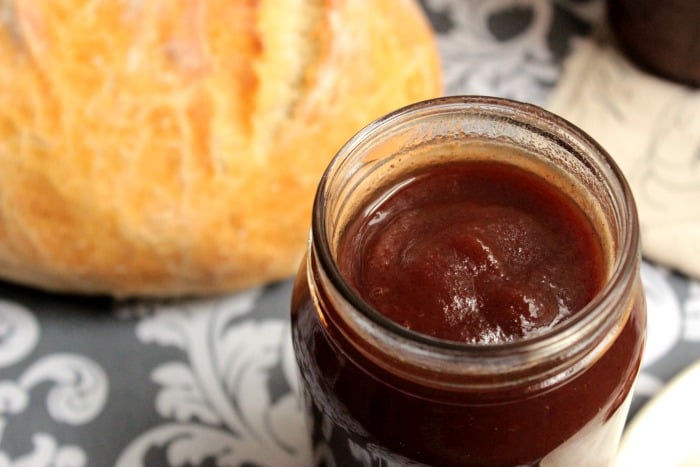 I had a ton of apples to use up and I needed a recipe that was quick, simple and one that would use up a good portion of the apples that I had stocking my kitchen counter. That’s when I found Brown Eyed Baker’s Apple Butter Recipe. It was exactly what I was looking for! I adapted it just a bit to go with what I had on hand.

This apple butter will cook for 10 hours on low in your slow cooker. When I make this apple butter I start it between 8pm and 9pm at night, let it cook all night and then finish it up in the morning. It’s got a super rich flavor and it’s goes perfectly on plain muffins, biscuits as well as thick slices of homemade bread!!

Big Bear could sit down with a loaf of bread and a jar of this apple butter and just be as happy as a clam. (Please tell me I’m not the only person that uses that expression!! haha)

This recipe below makes 3 Pints. I normally keep one for us and give the other two away to friends and family. This Apple butter does need to be kept in the fridge. 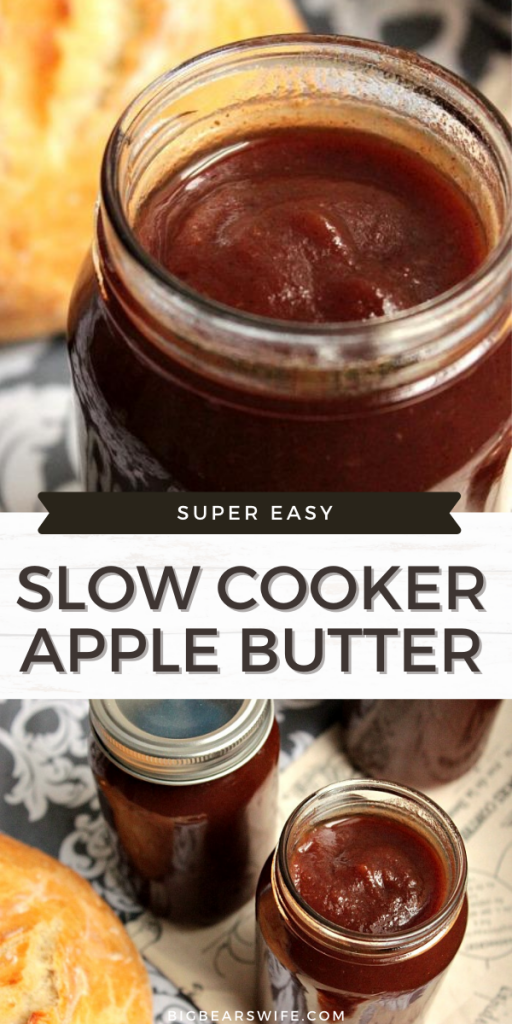