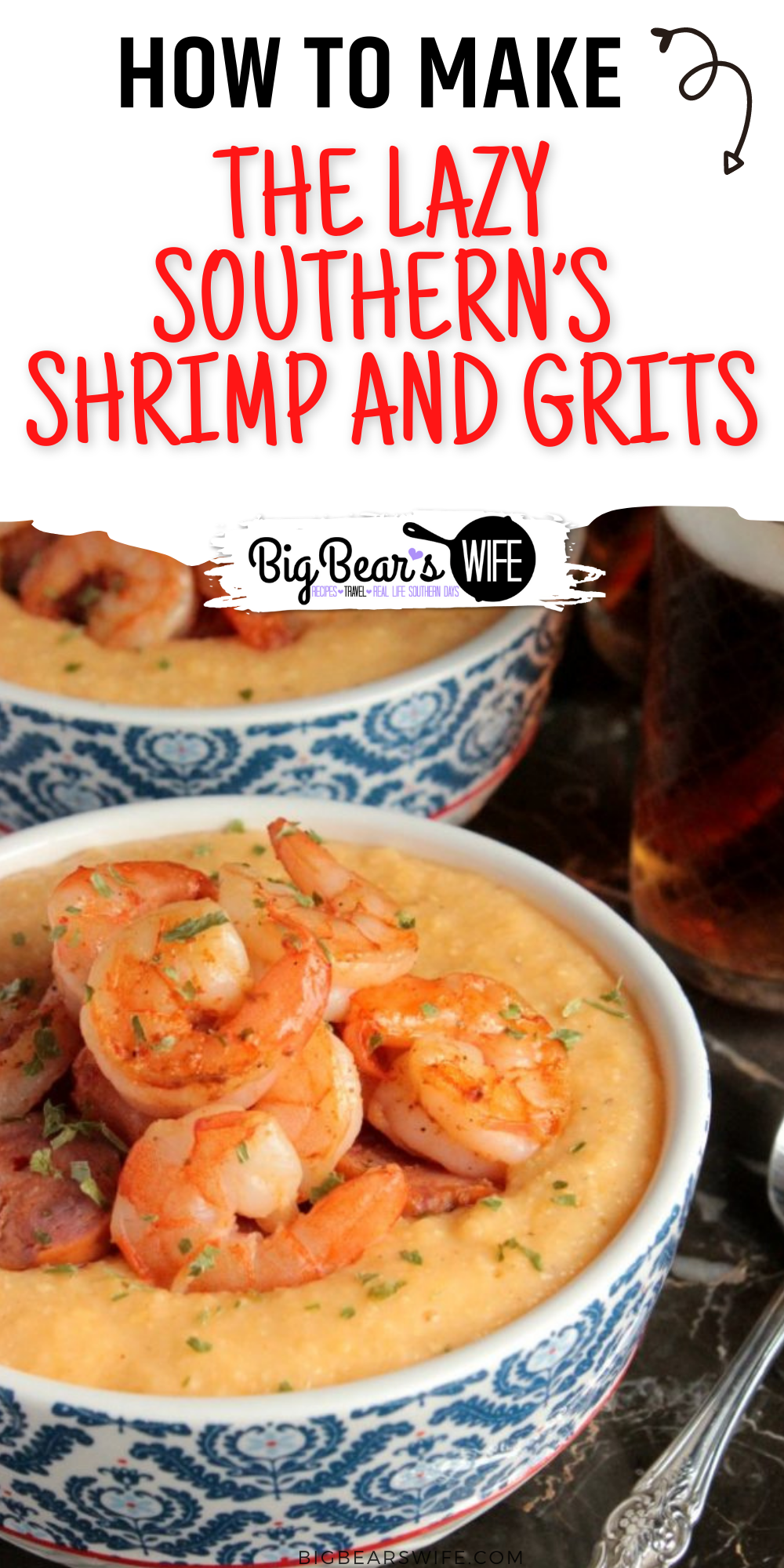 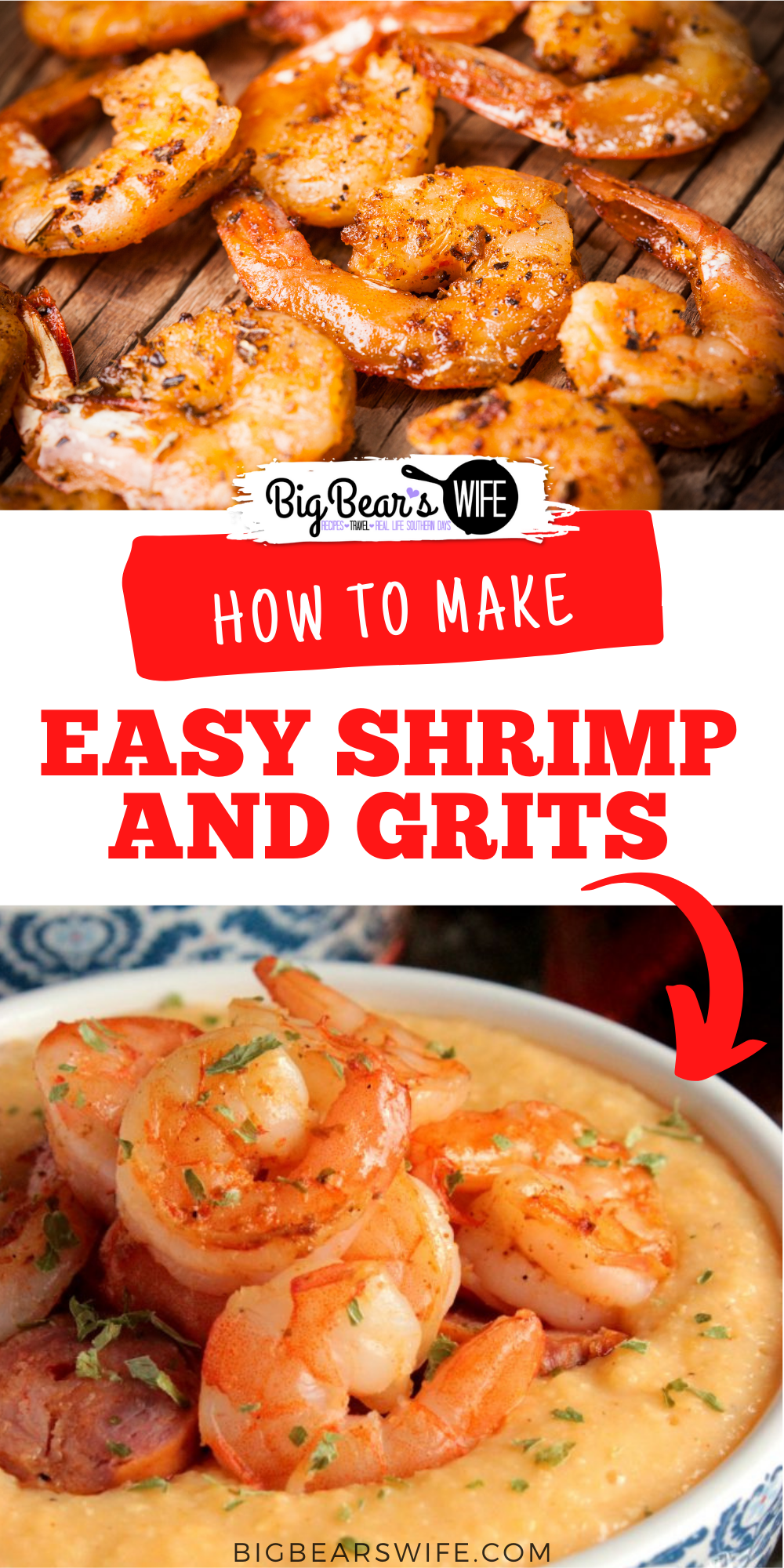 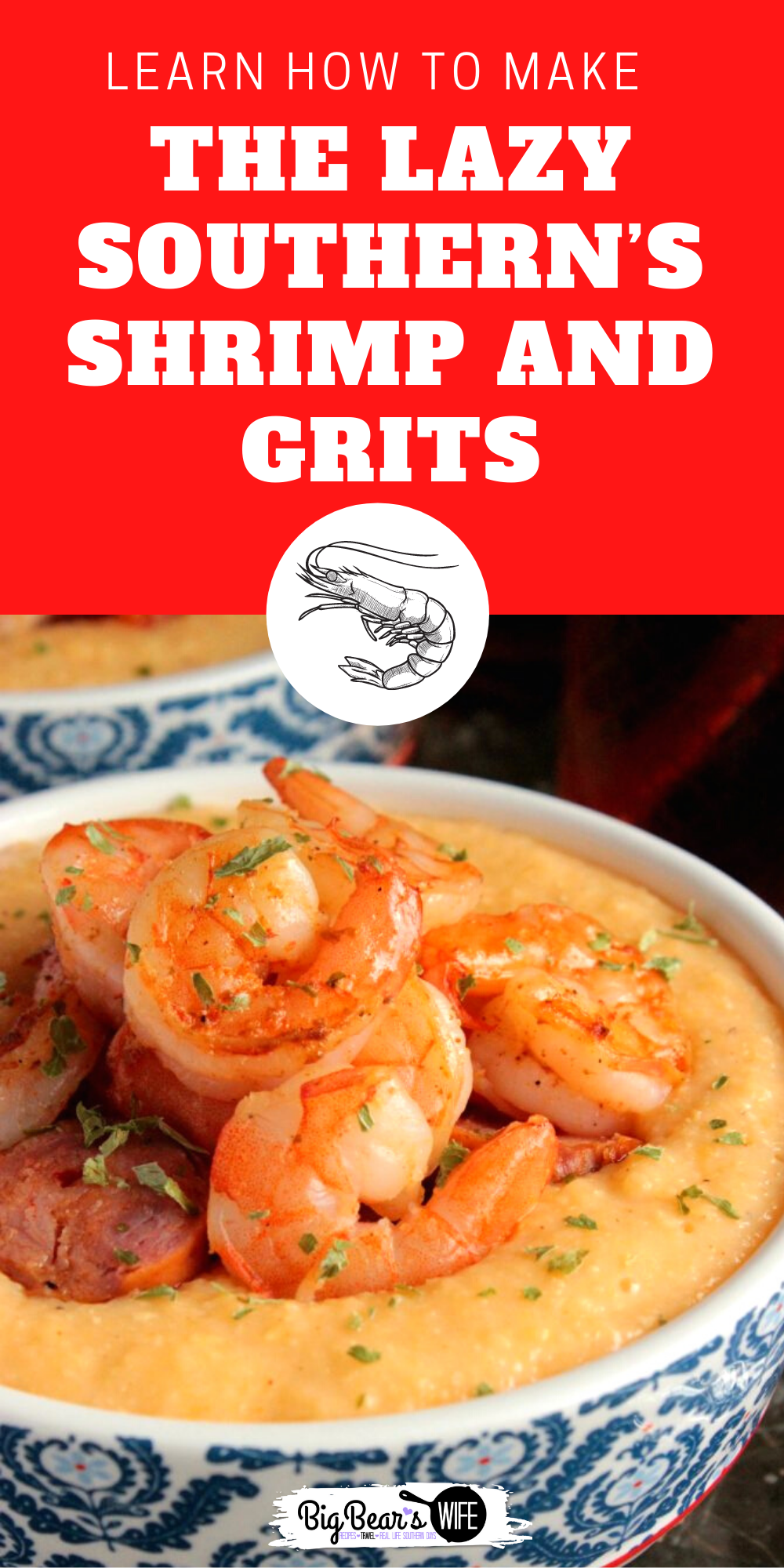 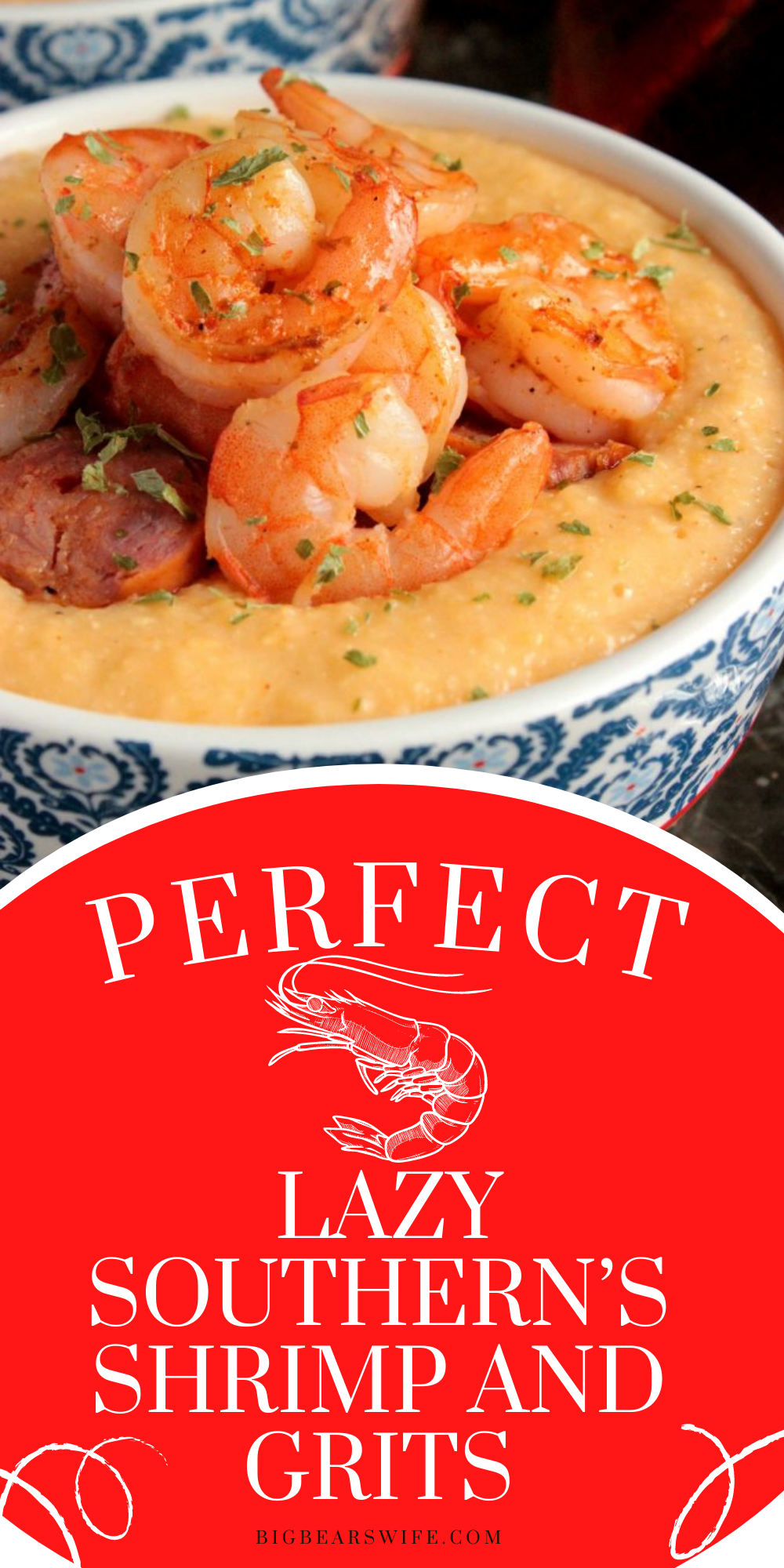 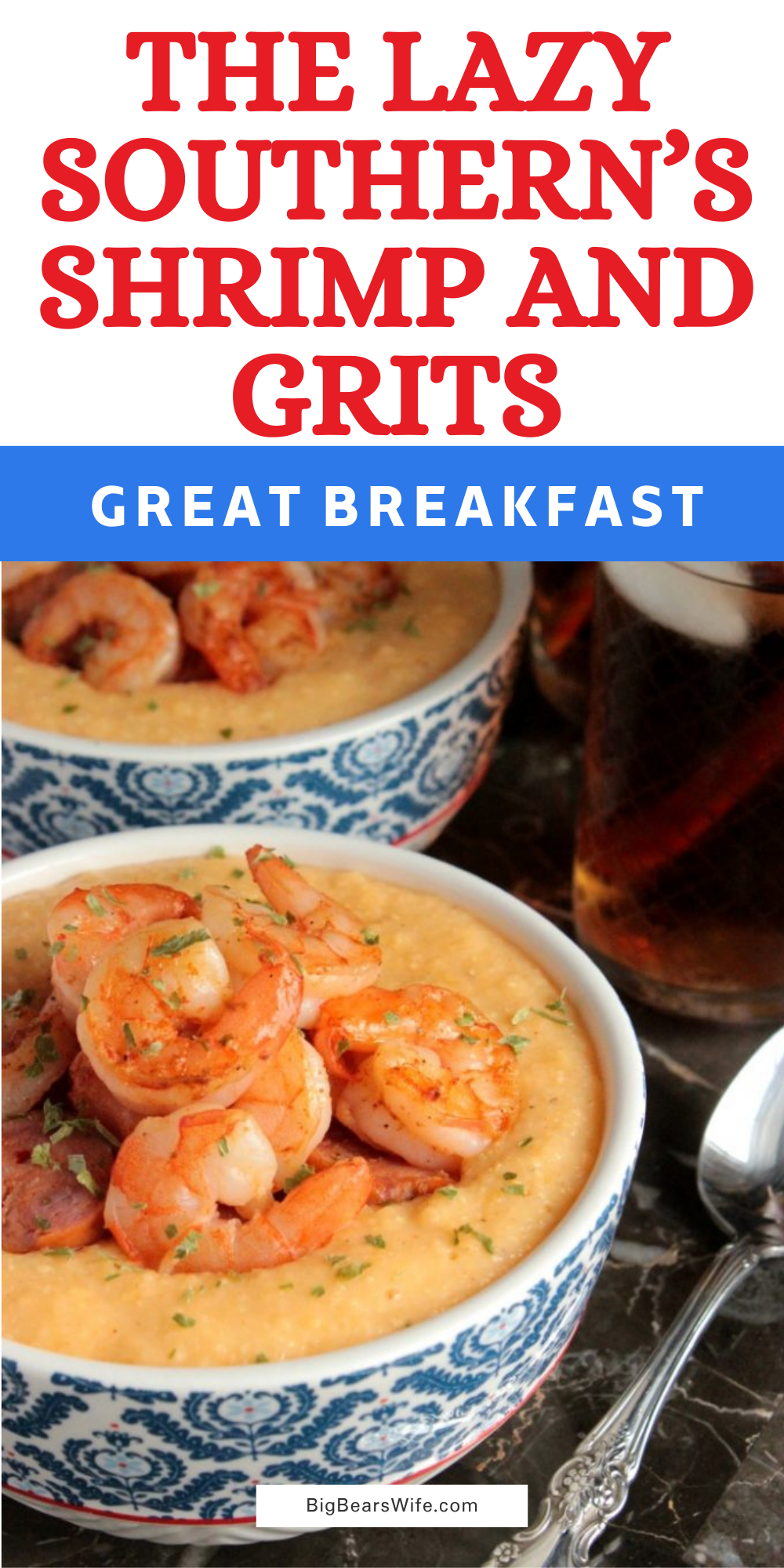 We love shrimp and grits but we need quick and simple after work! This is the version that we love when we’re in a hurry or when we’ve had a super long day at work! We call this, “The Lazy Southern’s Shrimp and Grits”. 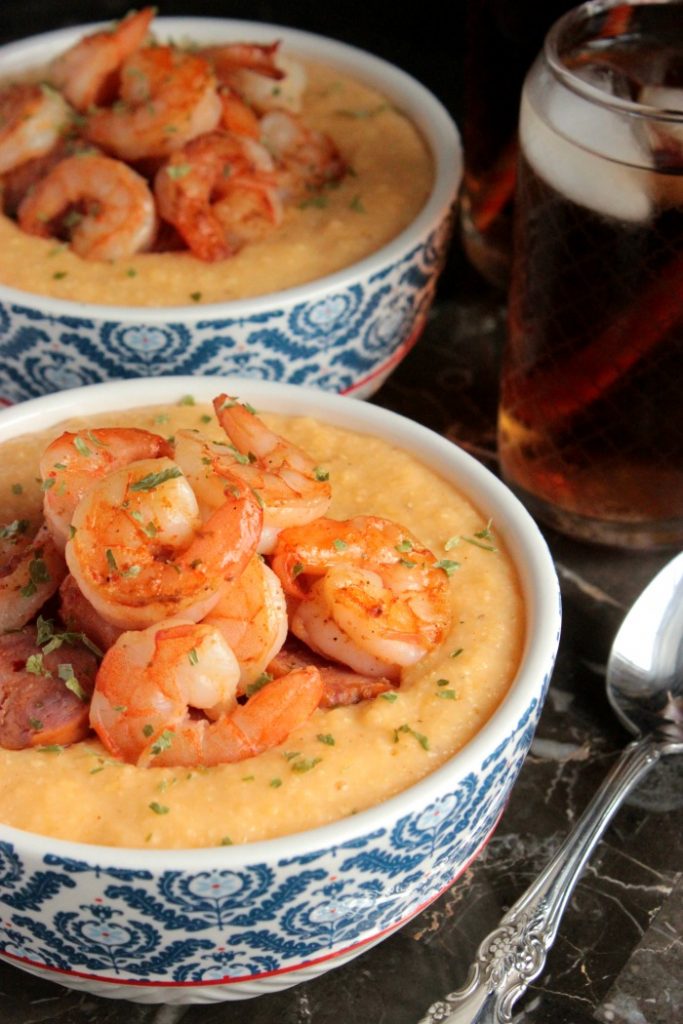 We’re just going to take a tiny, itty bitty break from Halloween right now. Just for a second, mind you.

Don’t go worrying now, I promise that the Halloween will start back up again on Monday.

I just wanted to take a second to share this easy dinner recipe with y’all.

Well, I say dinner but it could be for dinner, lunch or breakfast! We’d be happy with it for any meal around here! 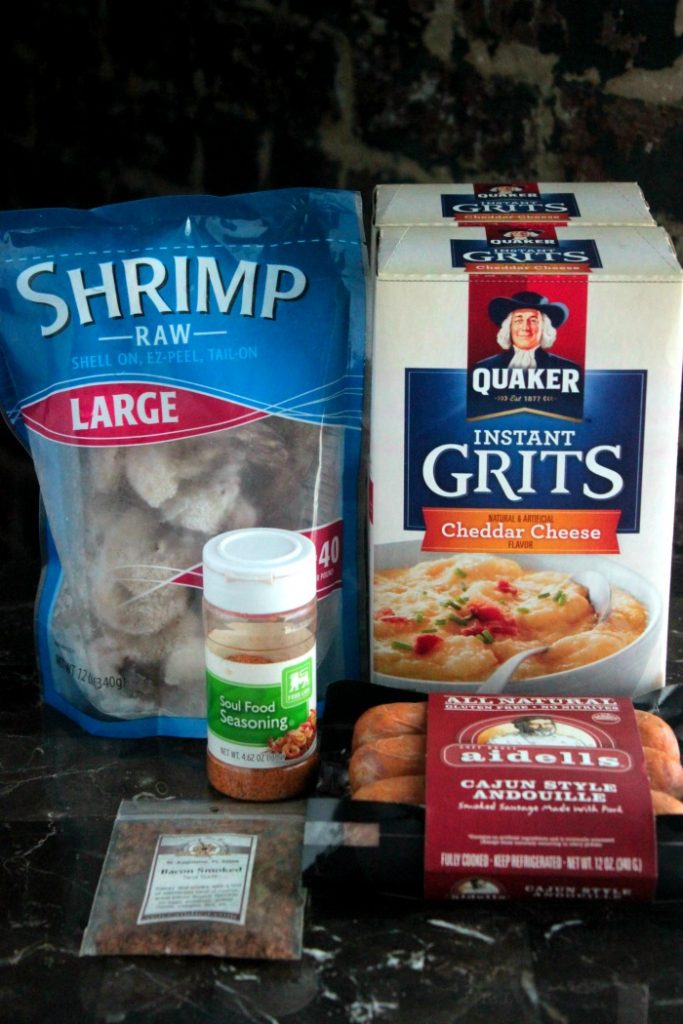 Now yes, we do make our Shrimp and Grits from scratch here in the south, we actually make it that way a lot. Here’s the thing though, sometimes I just want a short cut. Now don’t get me wrong, regular grits don’t take a heck of a long time to cook but I’ve got a little soft spot in my heart for these cheesy packets of grits. haha 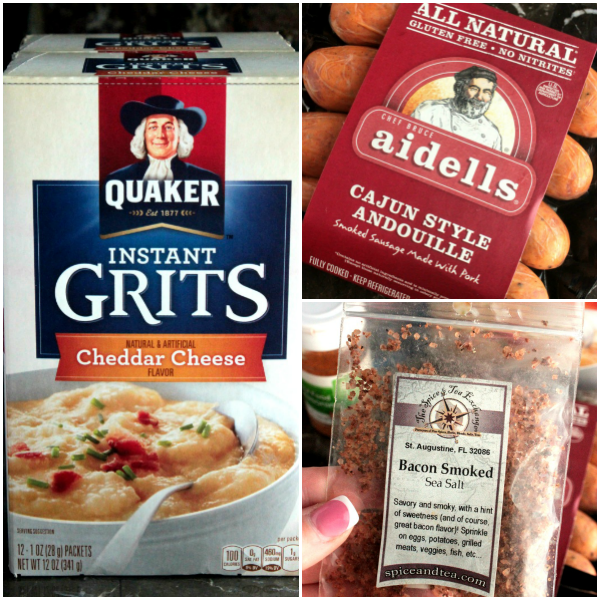 So this is what I call “The Lazy Southern’s Shrimp and Grits”. I can whip this up when I get home from work in less than 30 minutes.

That’s what I call a fast meal, right there! 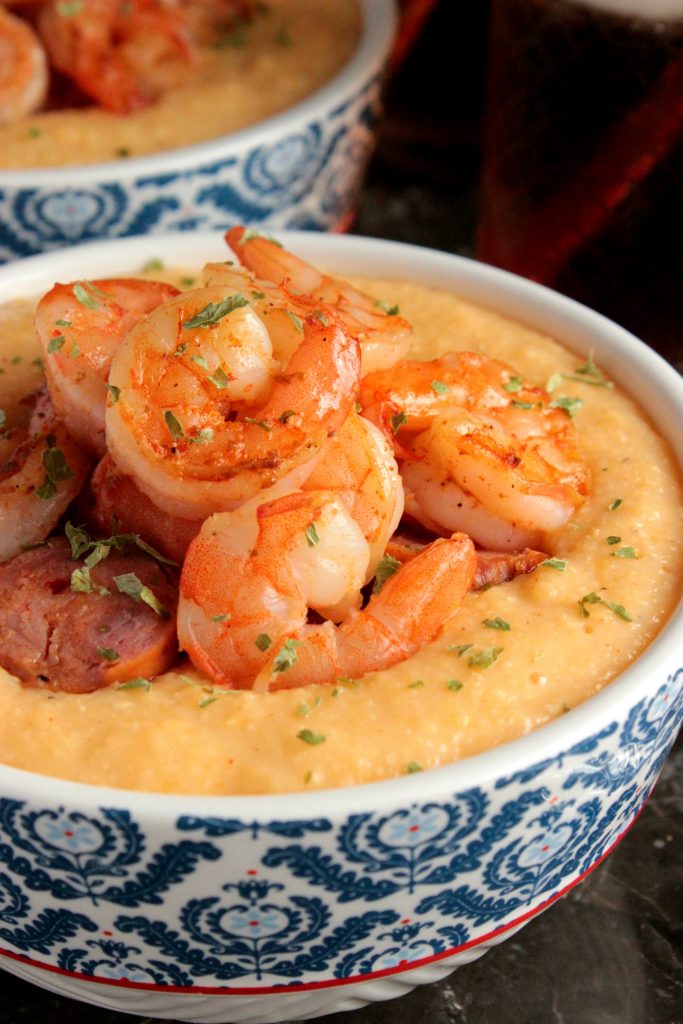 Oh now you might notice in those photos that I added bacon salt to my grits but you don’t have too. I just like the flavor that it give them but I don’t use it every time.

I found that bacon salt at The Spice & Tea Exchange, which just happens to be one of my favorite stores when we’re at Disney!

So let me know! Have you ever tried shrimp and grits? It’s amazing! 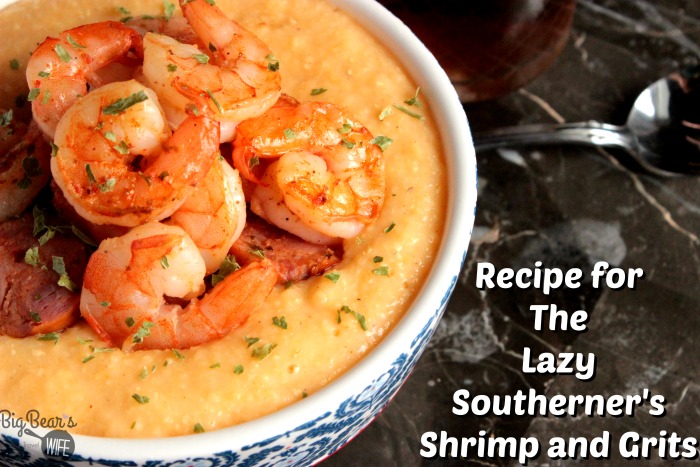 The Lazy Southern’s Shrimp and Grits

The Lazy Southern’s Shrimp and Grits 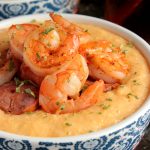 We love shrimp and grits! This is the version when we're in a hurry or when we've had a super long day at work! We call this, "The Lazy Southern's Shrimp and Grits". 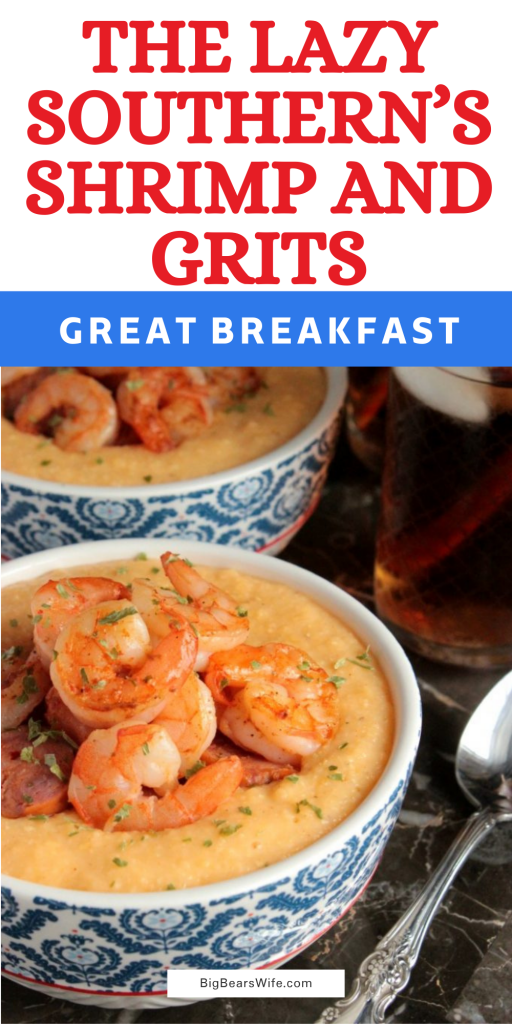