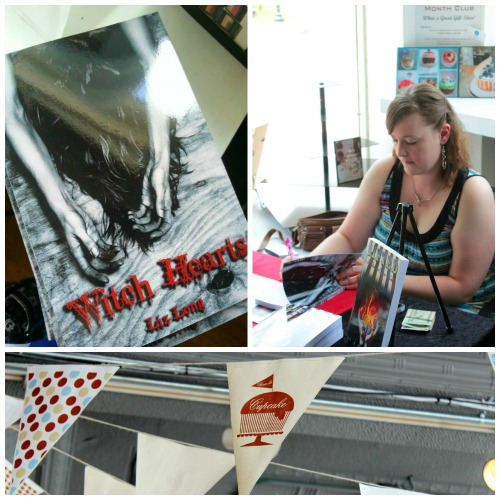 This past Saturday I made the drive north towards the beautiful mountains of Virginia to Viva La Cupcake for the Book Release Party/Book Signing for Witch Hearts. This book is fantastic and one of my new favorite reads.  I’m all about dark moods when it comes to reading, so a book packed with witches, spells and murder can pull me into another world instantly.

I really don’t want to go into detail about the book because I don’t want to give anything away! But you can read the introduction/descriptions and all of the great reviews here. 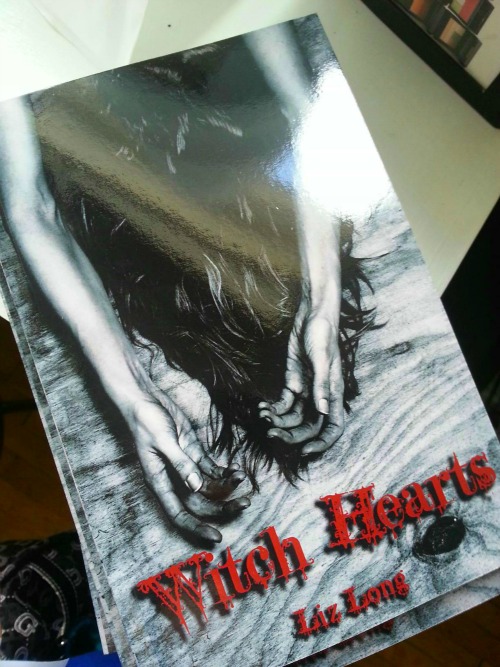 I must admit that even though this is a really good book, I am also in love with this book because my BFF from high school is the author! *happy dance* Liz has always been an amazing writer. For as long as I’ve known her she’s been into writing and I’m sure she’s been in love with it her whole life. It’s so amazing to see her name on the front of a book, on the front of her book!

This is actually the second book that Liz had published. Last year she published Gifted, A Donovan Circus Novel, a novel about a fire starter named Lucy who is on the hunt to track down the killer that’s attacking the circus that she calls home. (I’m linking to both books in the post so that you can jump over and check out them out. You won’t be disappointed) Look at that cover! Liz’s Best Friend, Erica, has designed both of her book covers! 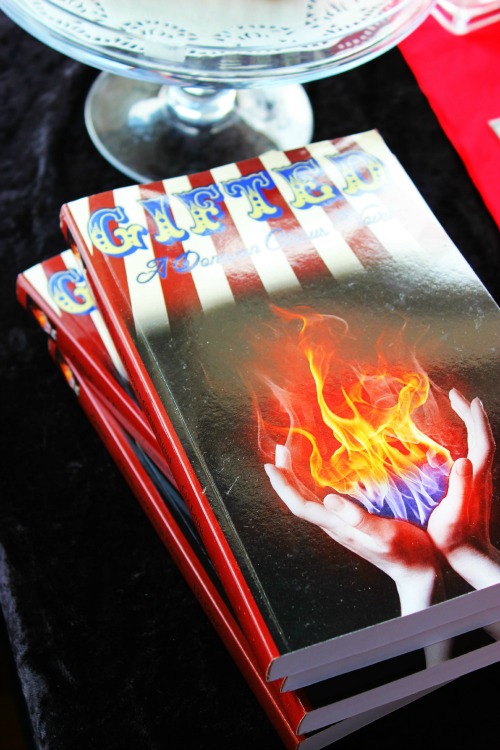 Sorry, I got carried away haha, so back to the book signing. Liz had the Book Release Party/Book Signing for Witch Hearts at Viva la Cupcake in Roanoke, VA. I love all things cupcake which means I was totally in love with this spot! 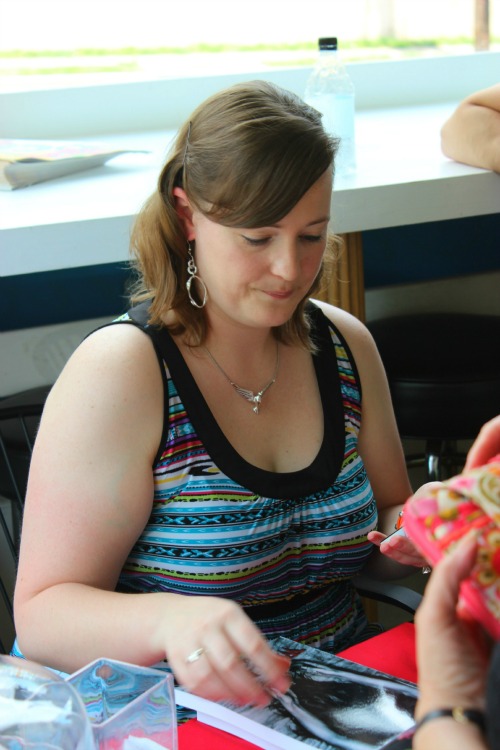 If you were one of the first 10 people to buy the book at the signing you received a free cupcake. Viva la Cupcake had baked up some adorable cotton candy and cosmopolitan cupcakes for Liz’s book signing.

Either everyone else loved her book or they all really wanted that free cupcake because even though I knew she would sell a lot of copies I had no idea that she would sell out so quickly! (I’m going with the fact that the book is so good!) 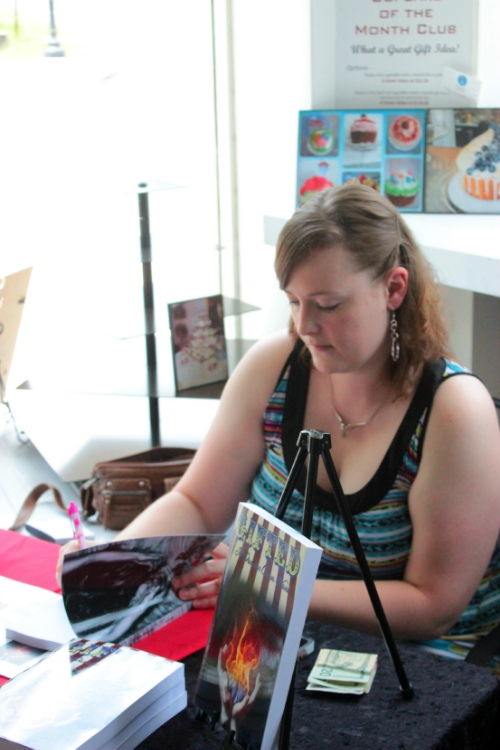 She sold out of the paperback copies of Witch Heart in 30 minutes! It was defiantly a hot item!  She still had a few copies of Gifted paperbacks and digital copies of both Witch Hearts and Gifted for sale for the rest of the event. 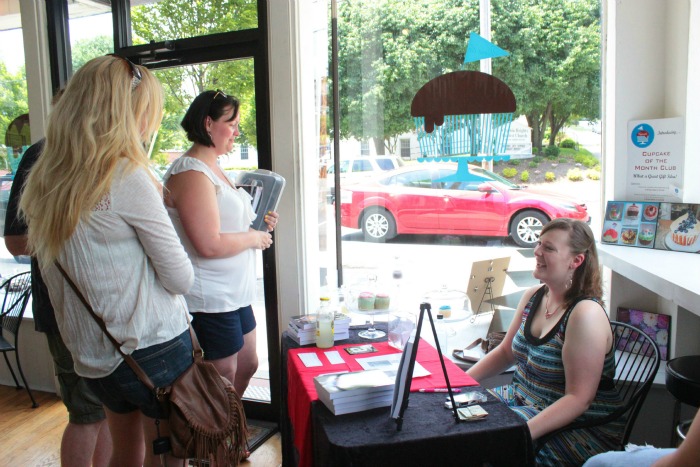 The people at Viva la Cupcake were so nice and I hope that Liz has her next book signing there! I had won a gift certificate to Viva la Cupcake through a recipe contest in Roanoke a few weeks ago so Liz brought my gift certificate to me at the signing. The cupcakes were selling out nicely and since my gift card would probably have whipped out most of what they had displayed they asked if I was going to be around for a while and she’d get some more cupcakes out for me. 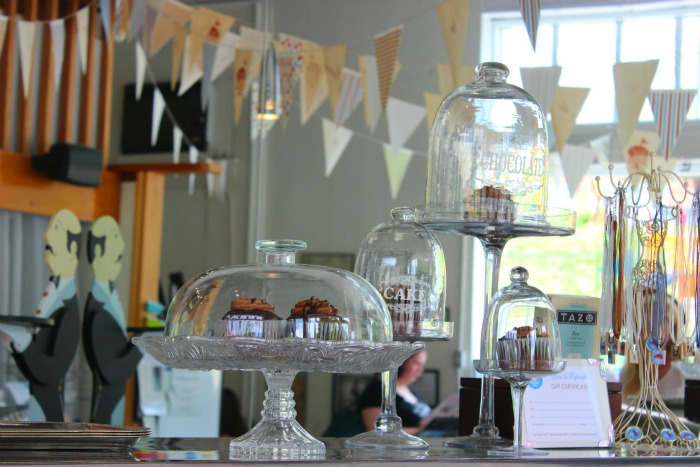 Of course since I was photographing Liz’s signing I was more than happy to wait. I was going to be there until the end of the event anyways. I think I might have shocked her when I said I wanted as many cupcakes as my gift card would get. 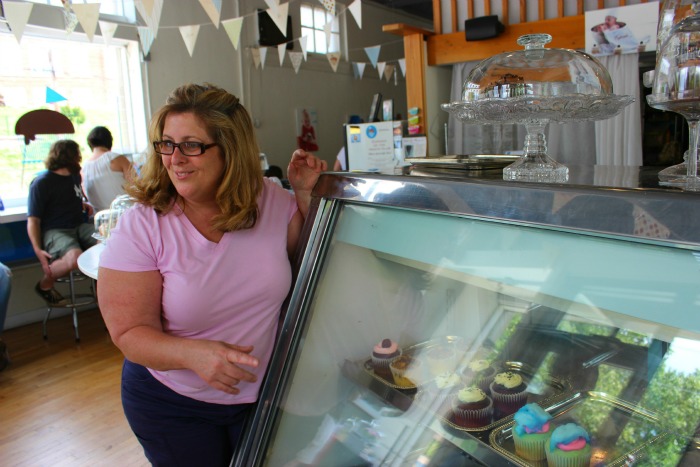 I wasn’t sure of when I’d be back up this way, so I decided to get all of them to-go. Pennie boxed up some beautiful cupcakes for me to take back home. I had an assortment that included, chocolate covered cherry, key-lime, banana pudding, cinnabon, rich chocolate, peach cobbler and I think the middle one was a vanilla with a hint of almond. The banana pudding and cinnabon were my favorites! I’m totally re-creating those at home! BigBear LOVED the cinnabon and the key-lime ones! 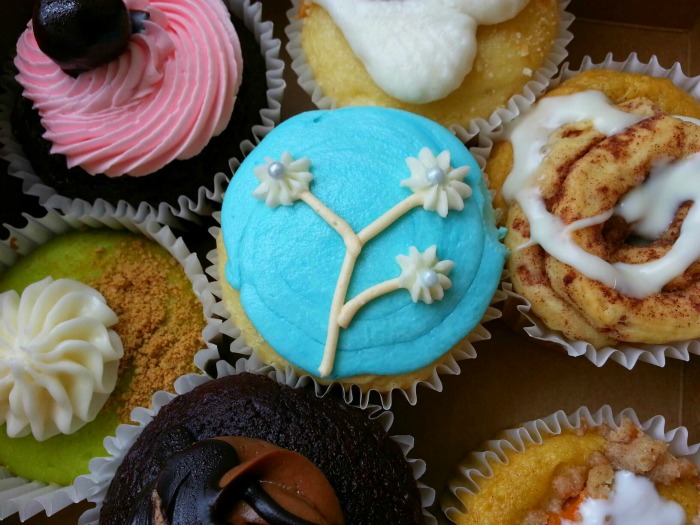 But what about a cupcake for now? Of course I had all of these amazing cupcakes to take back home but I couldn’t stand in a cupcake place all afternoon without a cupcake to eat. That just wasn’t going to happen. So I decided on this baby. 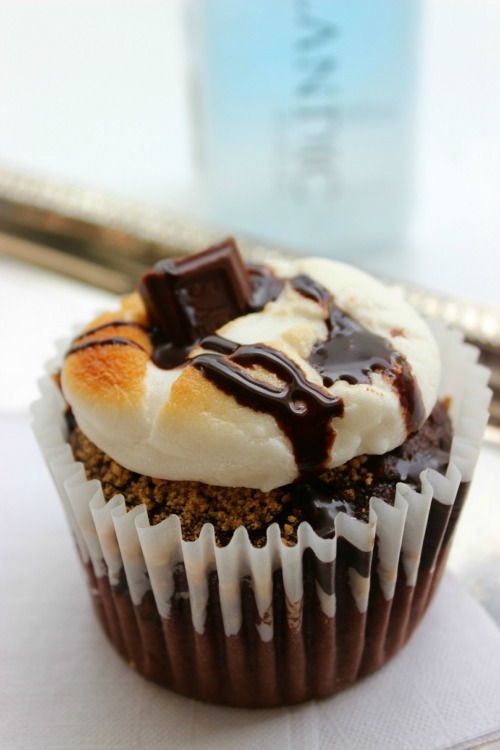 Probably the best s’more cupcake ever. Oh how I wish I had one now! I am just going to go ahead and step into the “bad blogger” zone and use the words delicious and extremely moist to describe this cupcake. Because that’s exactly what it was! This gooey marshmallow, chocolate treat was exactly what I needed. 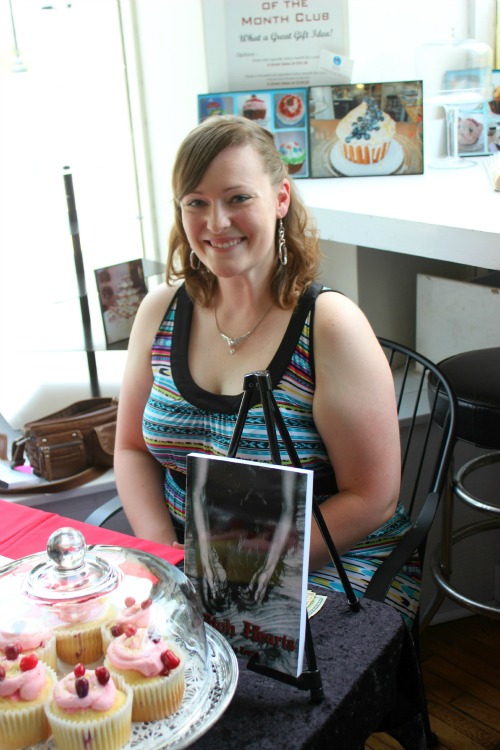 After Liz’s book signing was over I headed back to Liz’s house to drop off my cupcake (I was not leaving those beauties in the hot car) and then Liz, her husband Jason and I headed over to Wasena City Tap Room for a beer and a late lunch. We chatted about life and talked about high school a bit. I miss those days of getting to see Liz everyday and our senior lunch dates at the Schoolfield Lunch counter.

I did find a new dish that I am planing on re-creating at home. OK, as normal, I’m way behind on all things awesome and this was my first time having Pork Carnitas Tacos. These Pork Carnitas Tacos with sweet potato fries will be making it to my dinner table soon! 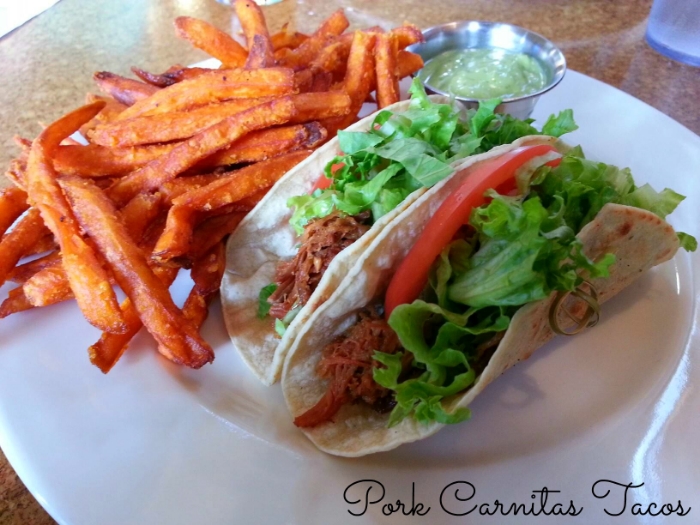 I’m so glad that I got a chance to visit with Liz and attend her book release/book signing! I wouldn’t have missed it for the world. I love to see friends succeed and even more when it’s one of my best friends! 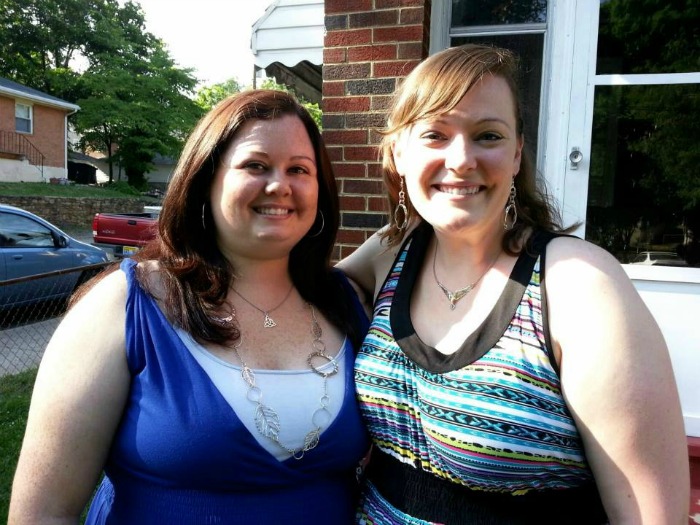 To keep going with my obsession for videos haha, here’s a little one for Liz’s Book Signing!

I’ve also got a little something for you! (No it’s not cupcakes, although I wish you all about have Viva la Cupcakes!) It’s even better!

I’ve got a signed copy of Liz’s new book Witch Hearts to giveaway to one lucky reader. All you have to do is use the rafflecopter widget below to enter. Easy Peasy!

Use the Rafflecopter Widget below 🙂

Giveaway ends on Friday. June 14th at 11:59 EST. Winner will be choose at random. Open to US Residents. Signed book is being provided by Liz Long for the giveaway but as always all opinions are 100% mine 🙂