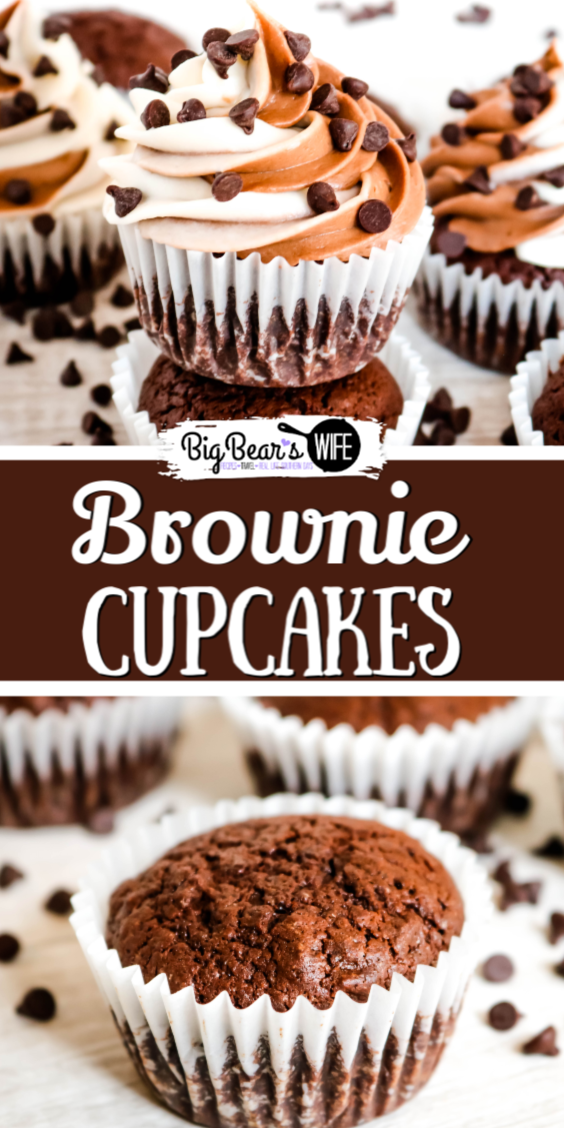 Fan of frosted brownies? Then these Brownie Cupcakes are going to be your new favorite recipe. Start with a chocolate brownie base and top it with a tasty cream cheese vanilla and chocolate combo swirl frosting. Sprinkled with mini chocolate chips, it’s a portable, and less messy, frosted brownie to-go! 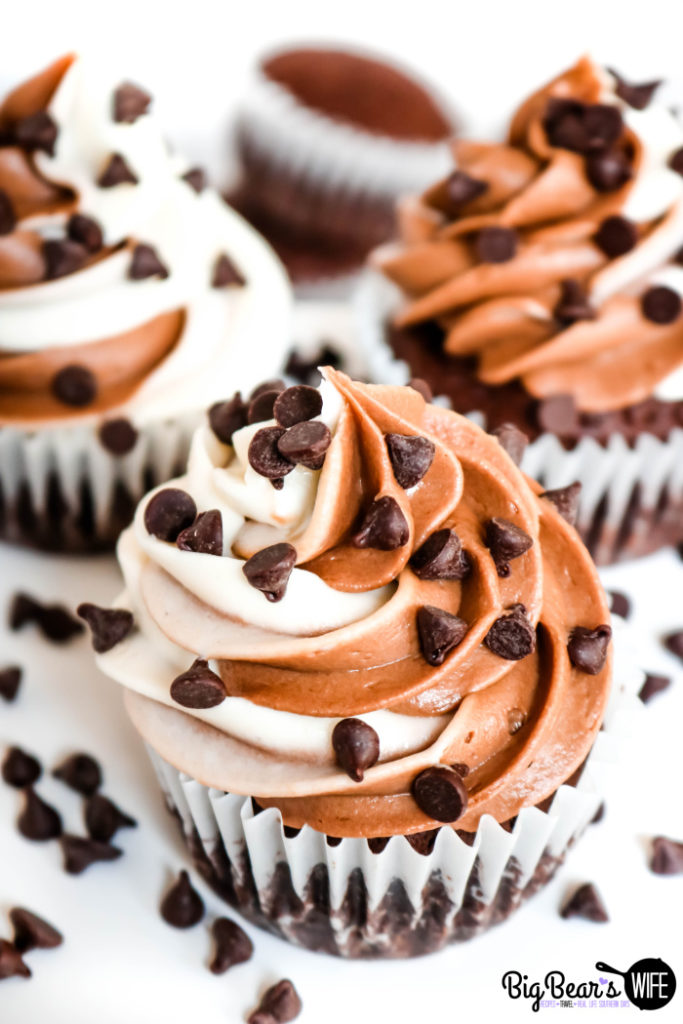 If you’re looking for a great Brownie Cupcake recipe, you’ve come to the right place! These homemade treats are easy to mix up and are perfect when topped with a swirl of homemade chocolate and vanilla cream cheese icing! 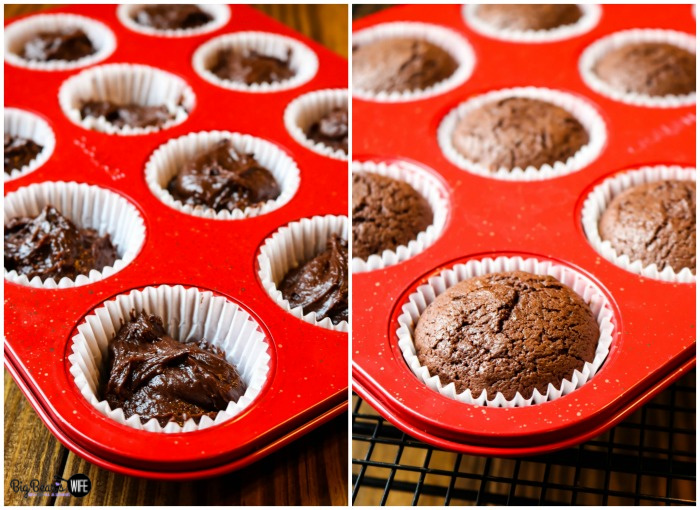 What you need for Brownie Cupcakes:

Ps. DON’T forget the chocolate syrup! I did that once with this recipe and got the driest brownies ever haha. 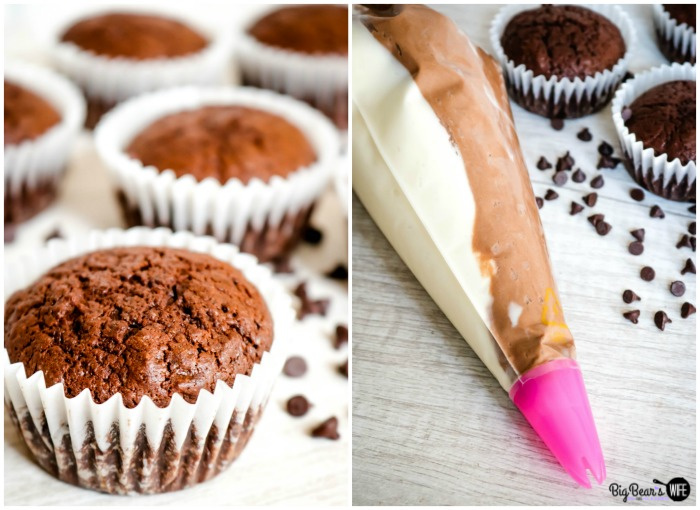 What you need for the frosting for these Cupcakes: 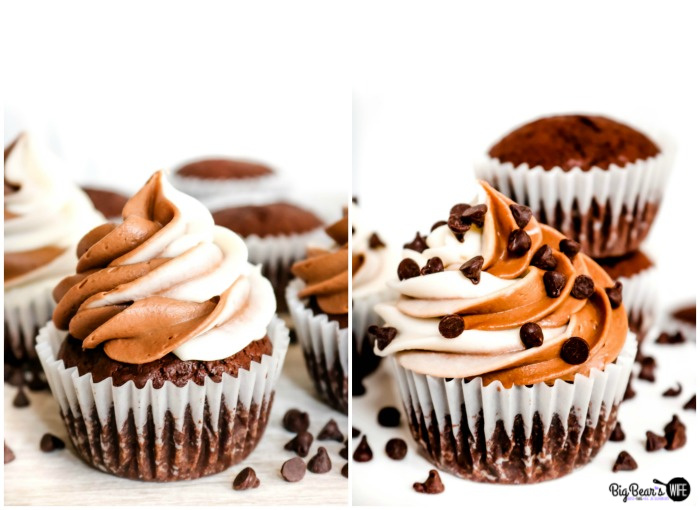 Of course you don’t have to swirl your frosting like this but it reminds me of soft serve vanilla and chocolate soft serve ice cream which makes me super happy.

It’s super easy to swirl your icings together if you decide to frost the cupcakes like this.

Just make the two flavors, take a large piping bag fitted with a 1M piping tip. Spoon the vanilla frosting on one side of bag and chocolate frosting on the other Then pipe a giant swirl onto the cupcake brownies. 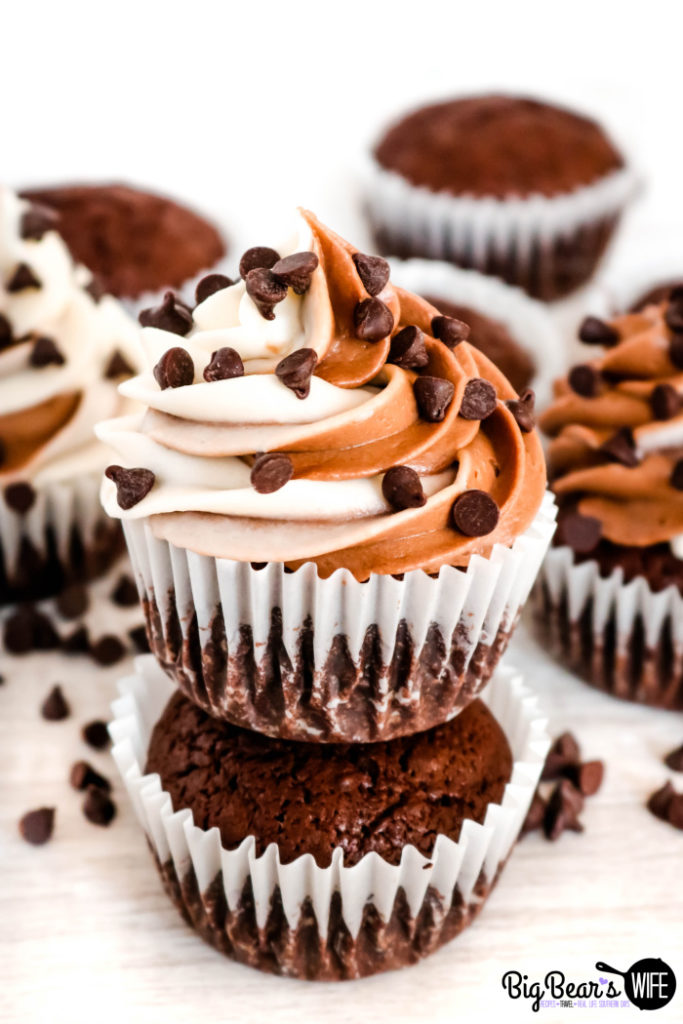 Sprinkle on some mini chocolate chips and you’ve got yourself a portable frosted brownie dessert! 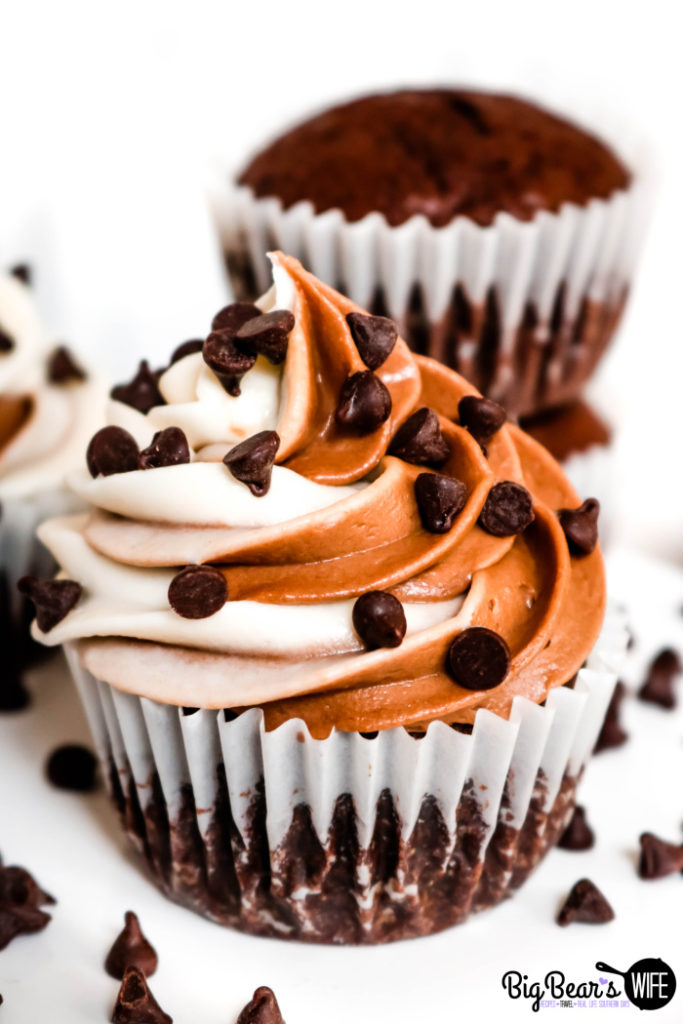 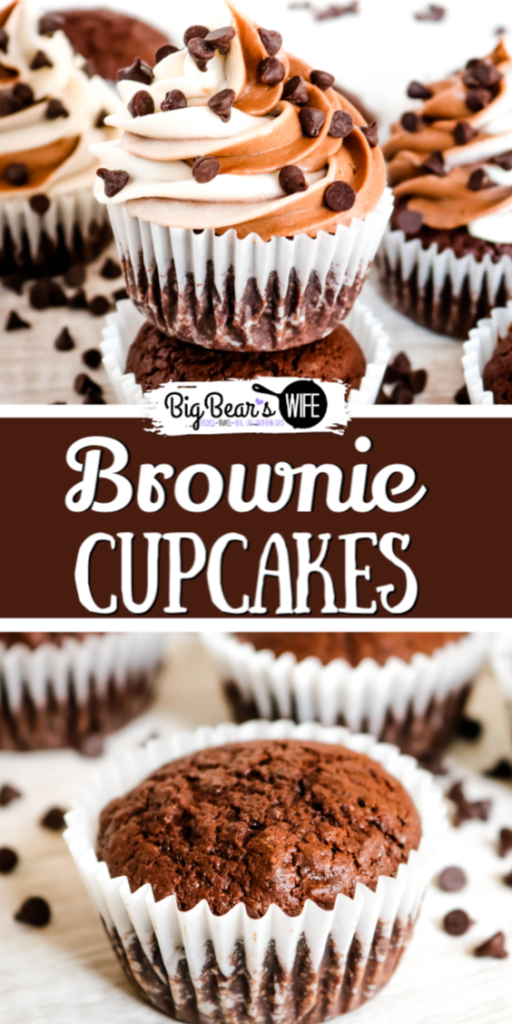