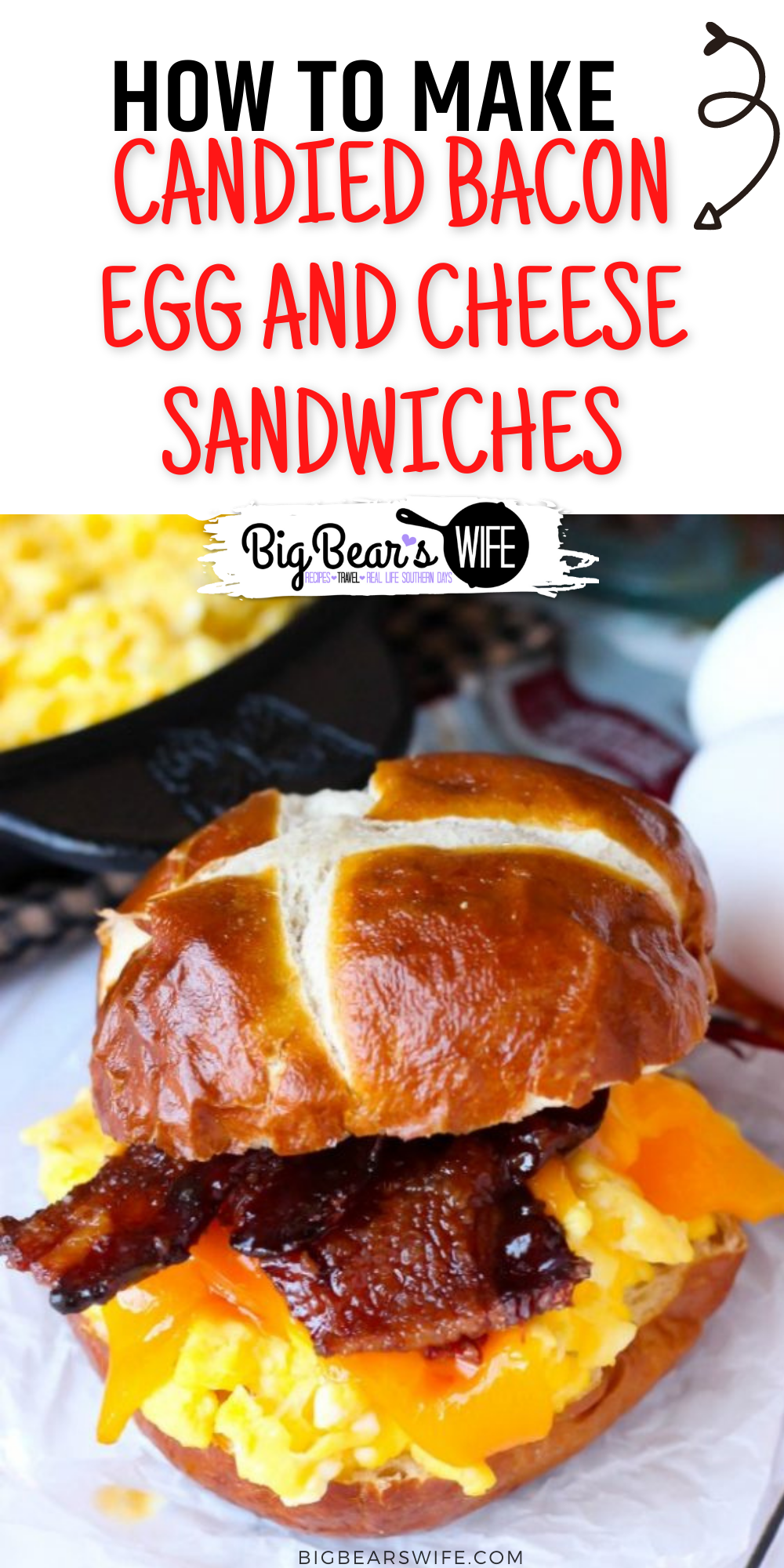 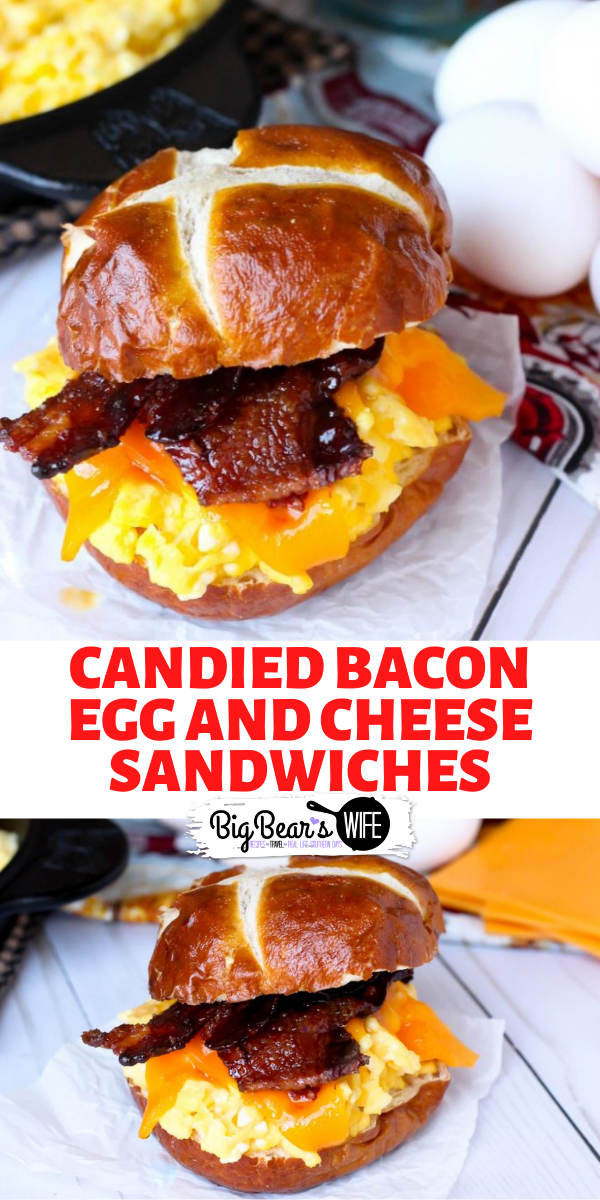 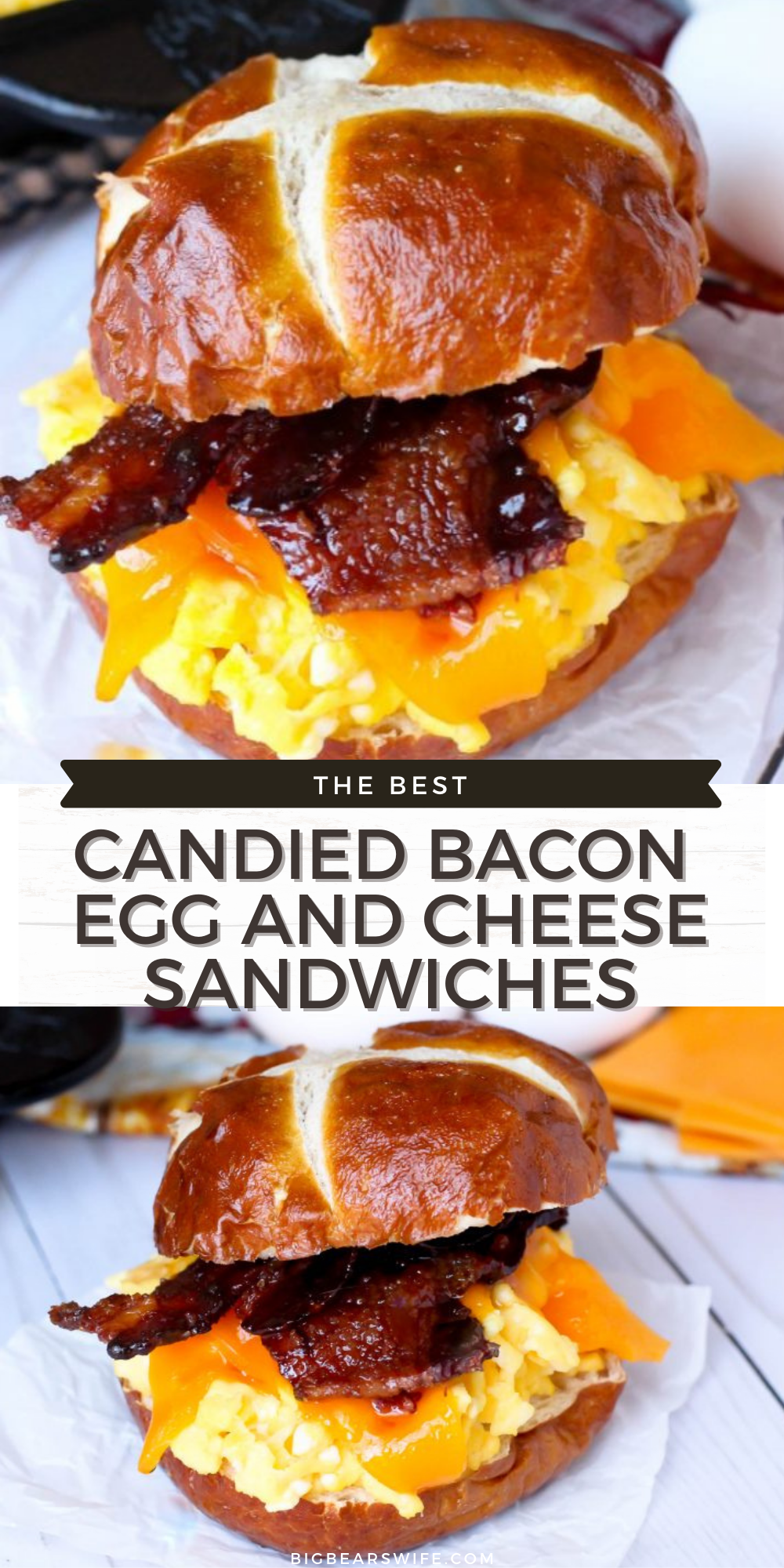 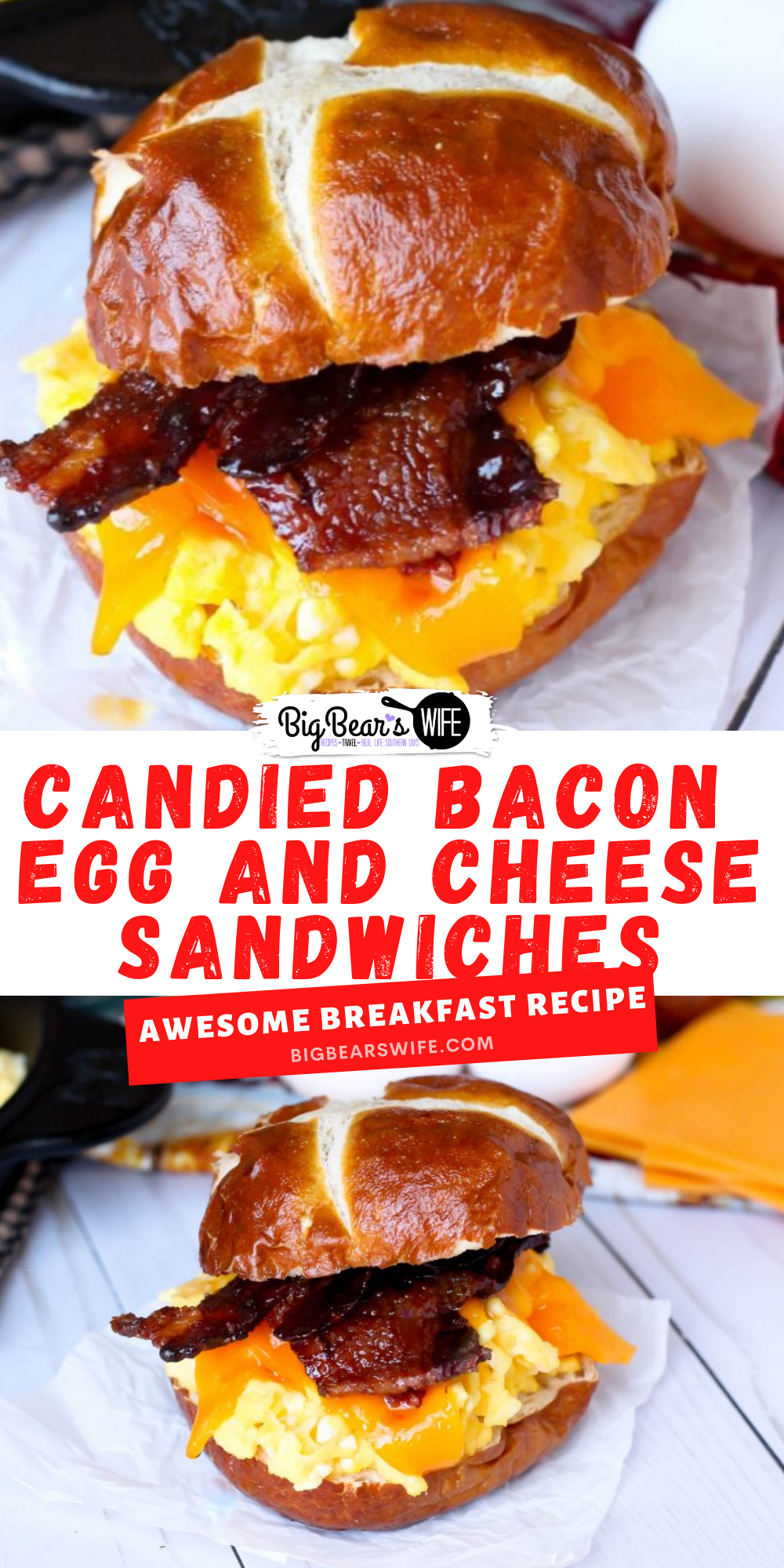 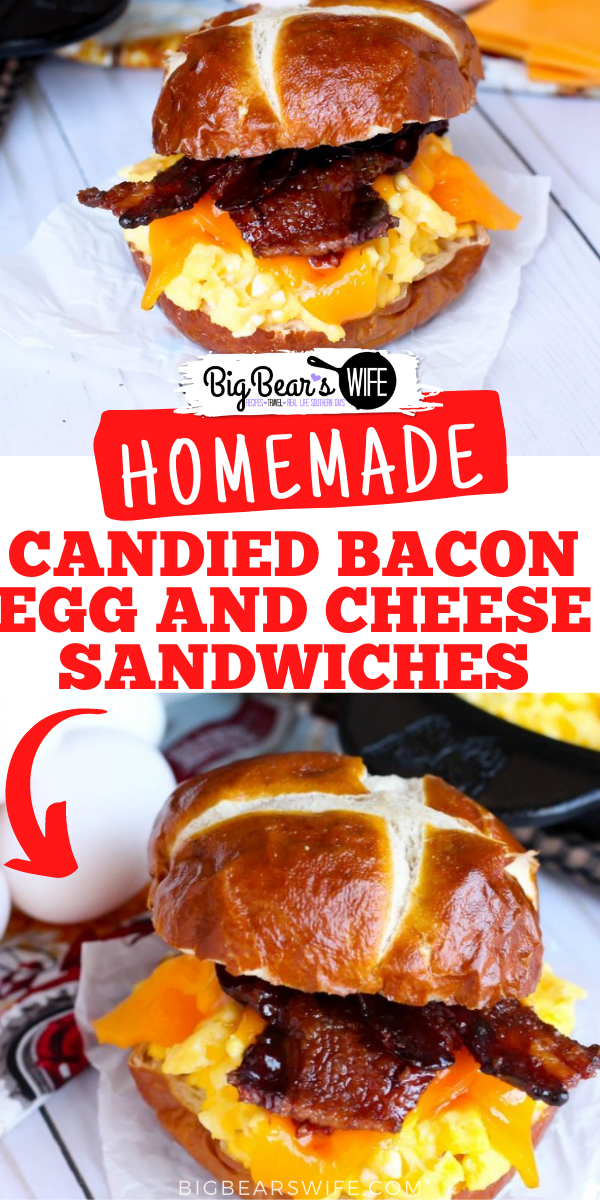 What’s better than bacon for breakfast? Candied Bacon piled with perfectly scrambled eggs and cheddar cheese on a pretzel bun! Candied Bacon Egg and Cheese Sandwiches are the perfect way to start the day! 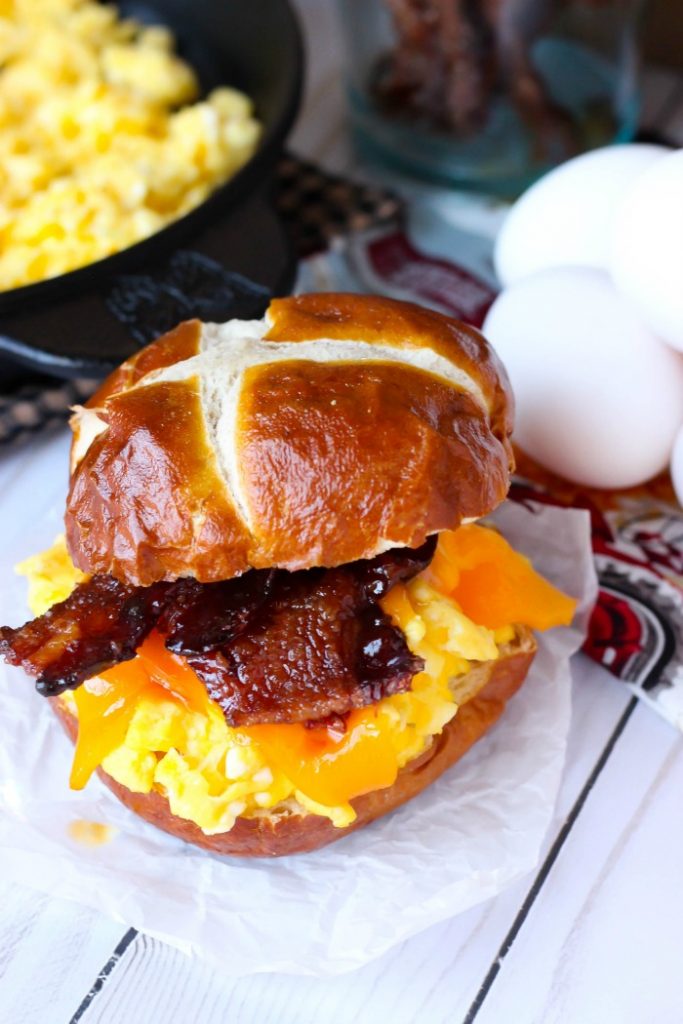 I’ve only really started to like breakfast within the past few years. I mean I liked it when I was little but I liked cereal and poptarts for breakfast, I wasn’t an egg and bacon kind of girl.

Even when I got older, it took me until my late 20’s to want to eat eggs for breakfast.

Thomas, however, LOVES bacon and eggs and would probably eat them for breakfast every morning if he had the time to fix them. These Candied Bacon Egg and Cheese Sandwiches are for him! (Well, for me and for him haha, but I know he’d be in love with them) 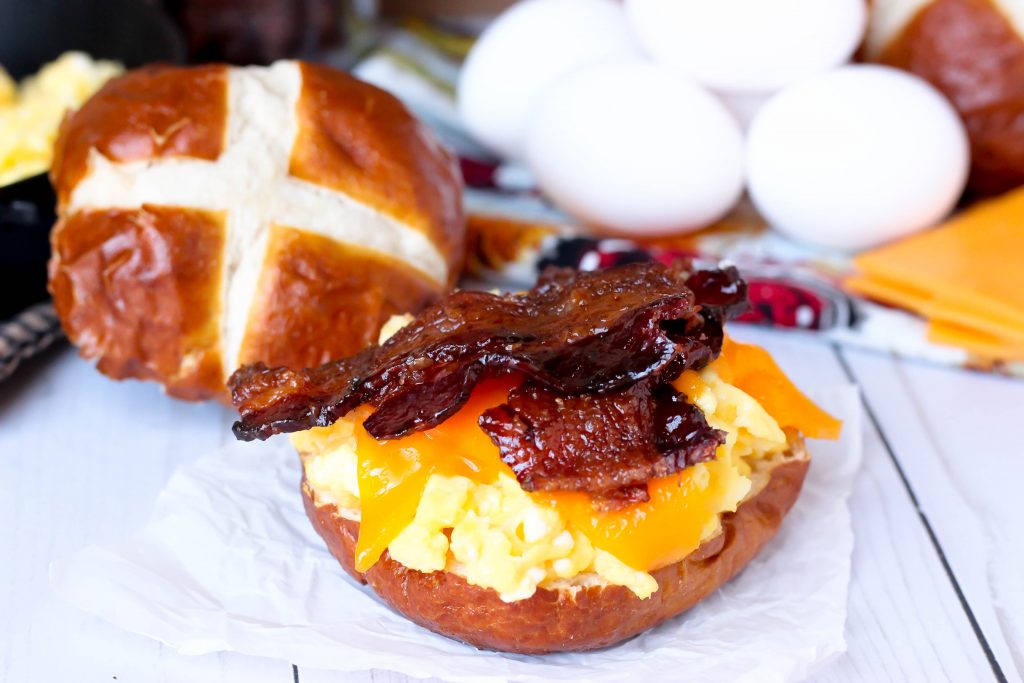 When you decide that you want to have these Candied Bacon Egg and Cheese Sandwiches for breakfast, I suggest making the candied bacon ahead of time. Just make it and stick it into the fridge so that all you need to do for the bacon is heat it up the next morning.

Make the mornings less hectic and make your candied bacon the night before. 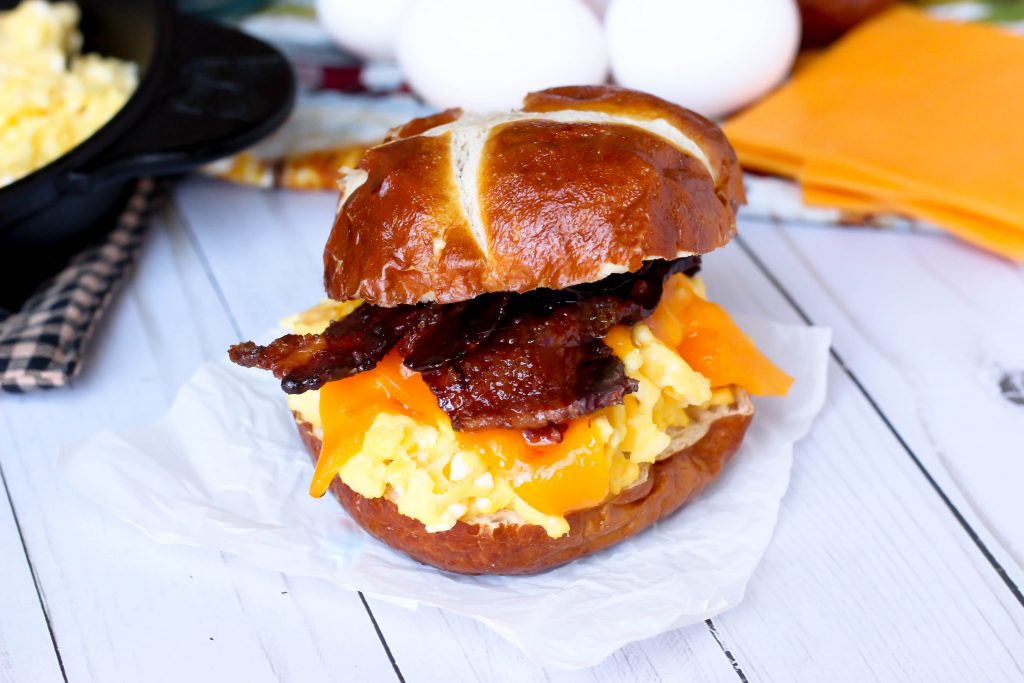 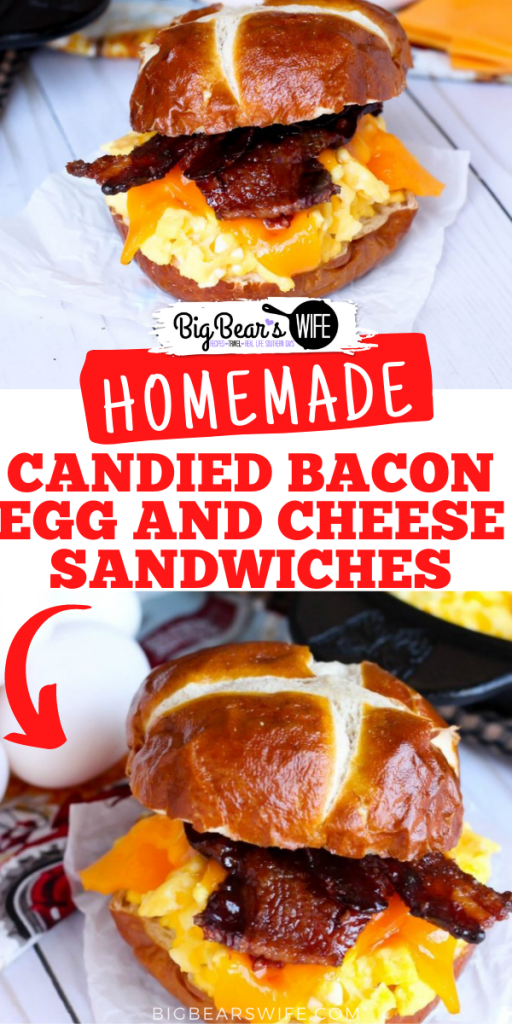