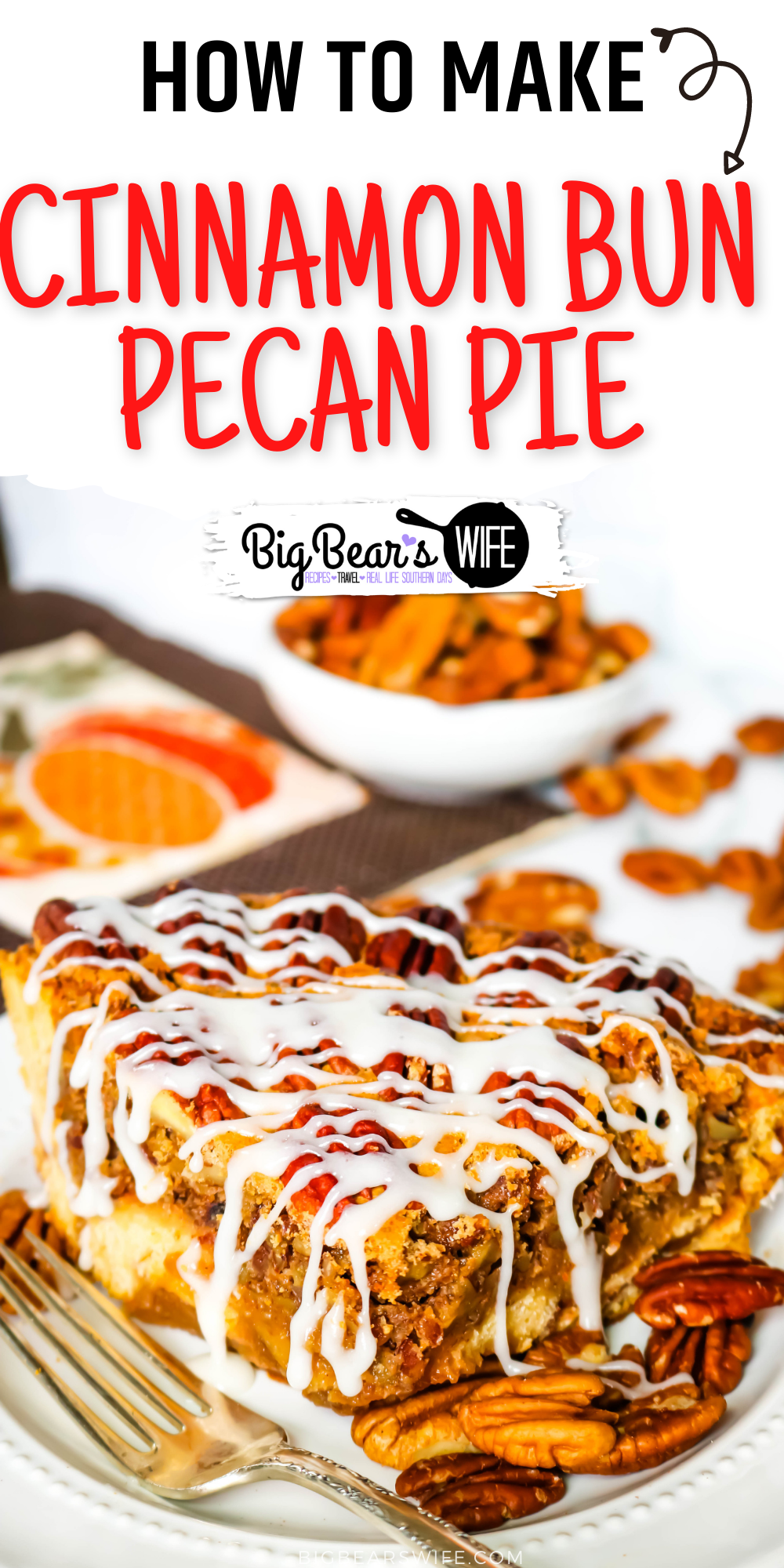 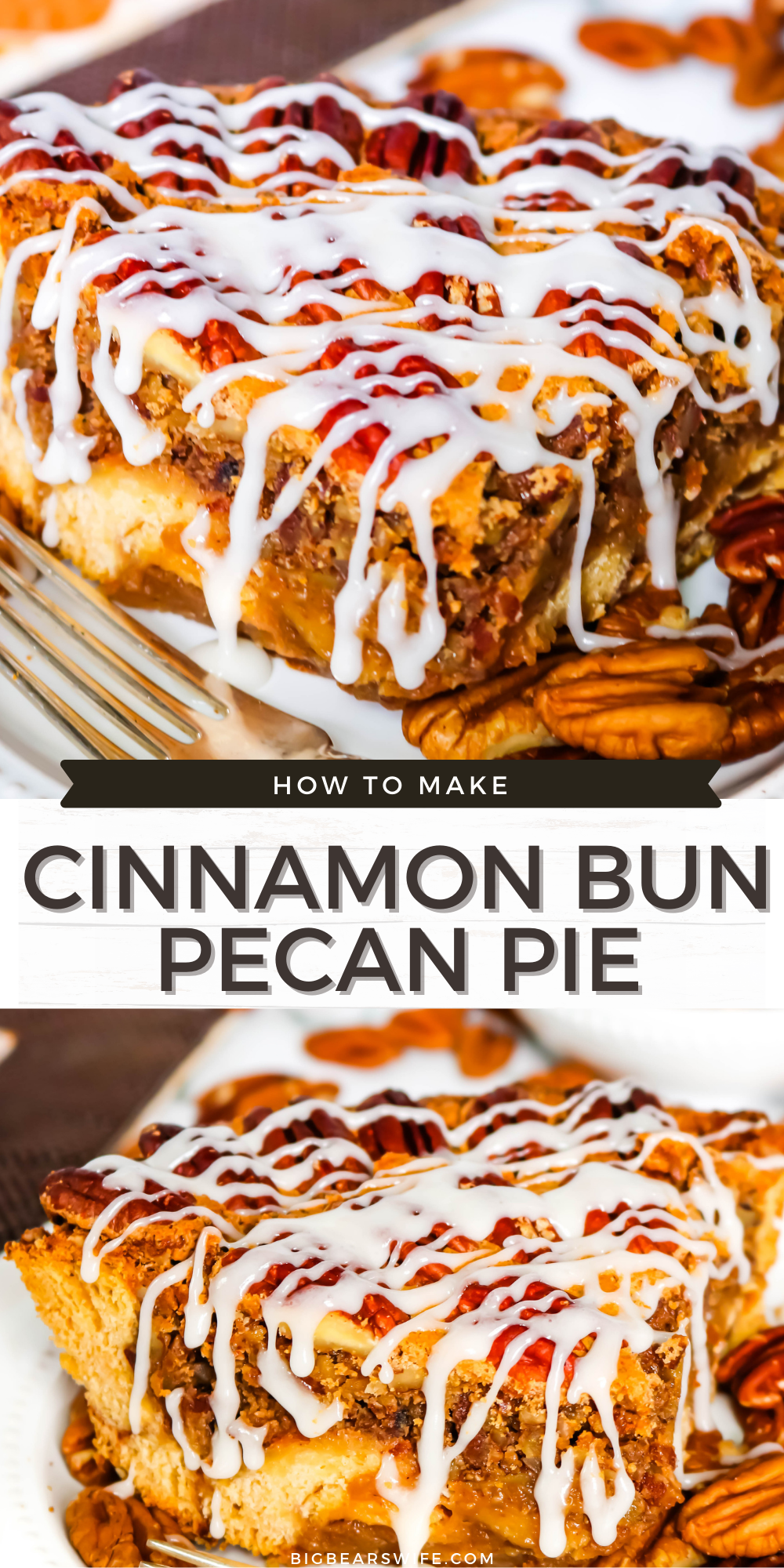 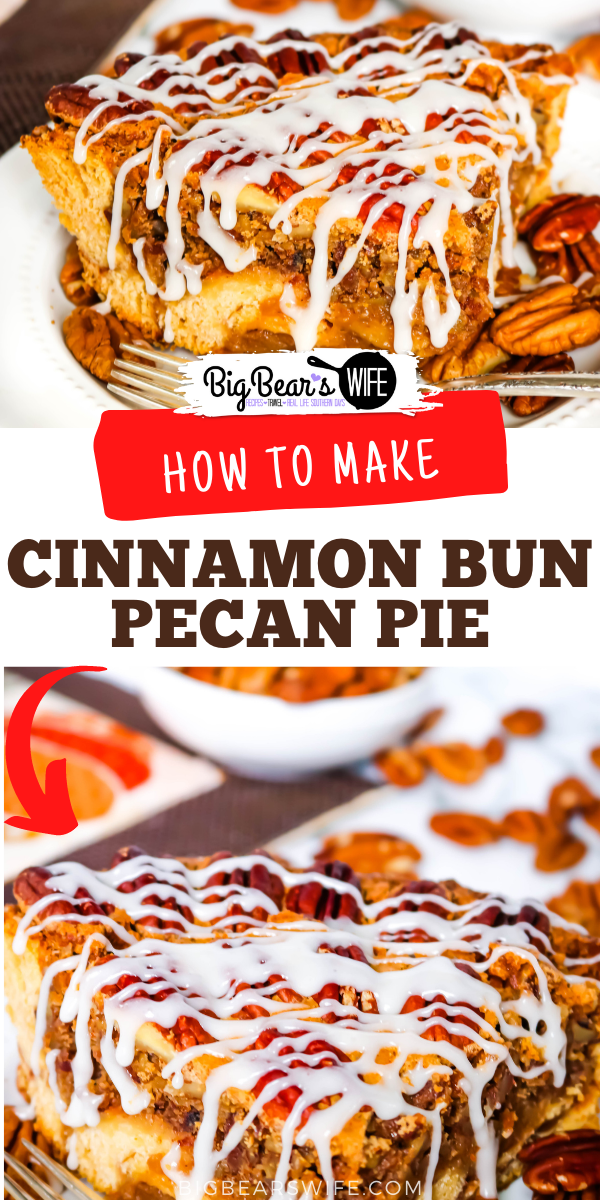 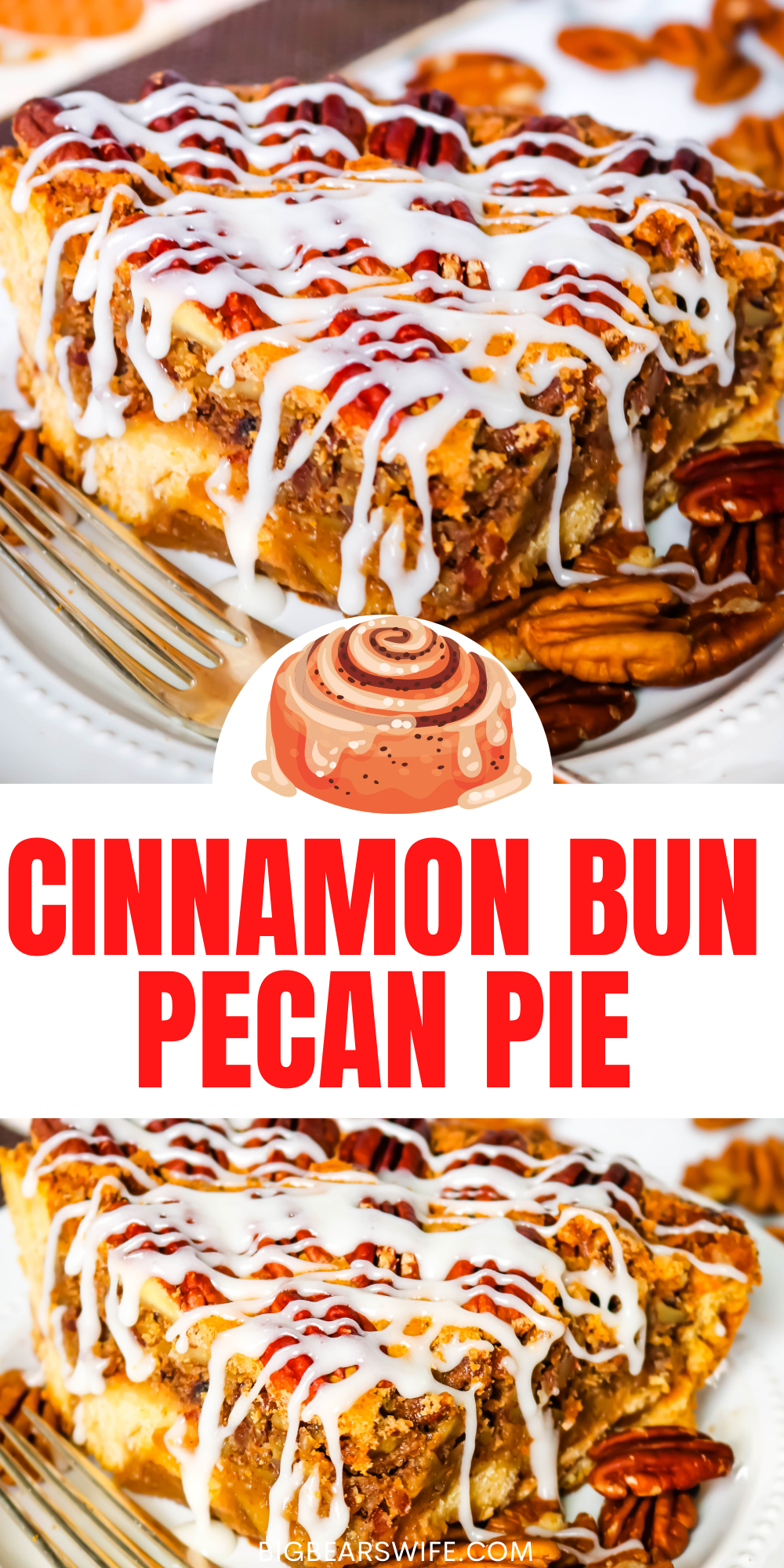 This Cinnamon Bun Pecan Pie has a cinnamon bun pie crust and an amazing and easy homemade pecan pie filling! Drizzle it with cream cheese frosting and you’ve got the perfect marriage of cinnamon buns and pecan pie! 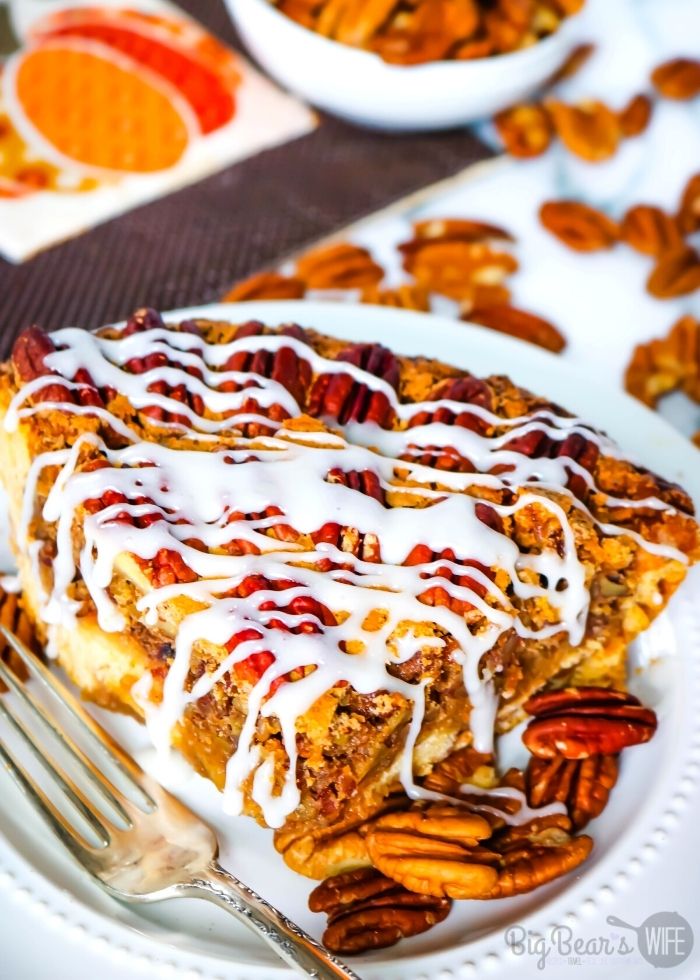 We don’t eat them a lot but I confess that I LOVE Cinnamon Buns! I really love the center of Cinnamon Buns. haha. I also love pecan pie, so putting those two things together has made the most amazing dessert!

What you need for Cinnamon Bun Pecan Pie: (amounts in recipe) 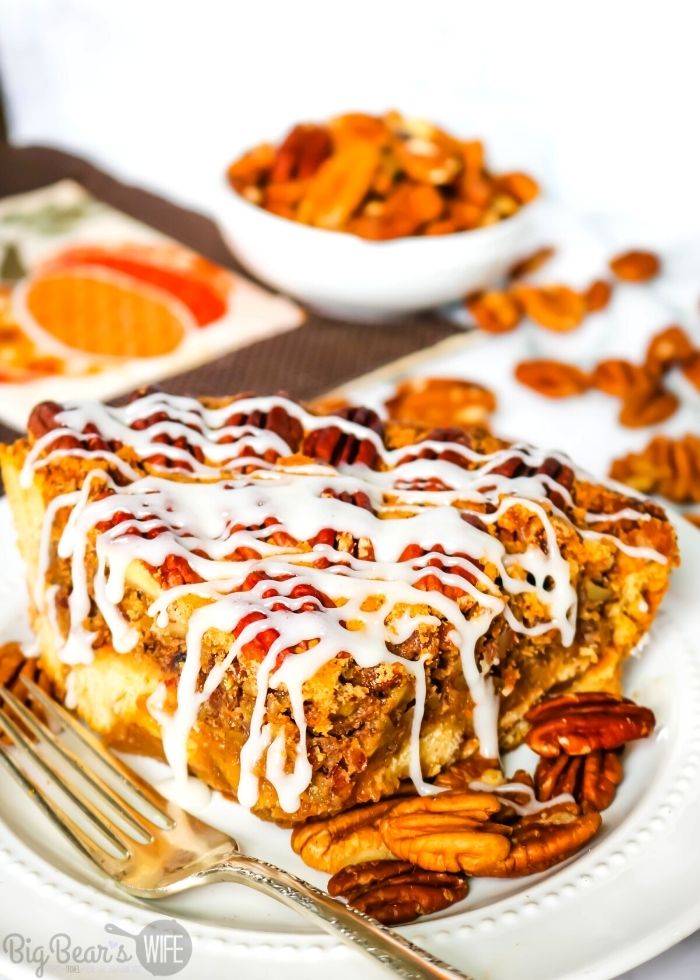 I bought a can of the large cinnamon rolls and used all but 1 from the pack for this pie crust but you could use the smaller ones. You just want to make sure to use a 9 inch deep dish pie pan and be able to cover the bottom of that with cinnamon rolls.

I tested this pie crust a few different ways and this is what worked for me:

Take  2 uncooked cinnamon rolls and set them aside.

Butter the bottom and side of the pie dish.

Roll the other flat with a rolling pin and place them into the bottom of the pie dish. Use the back of a spoon to press them down as flat as you can.

Make pecan pie filling according to the recipe and carefully pour into cinnamon bun pie crust. 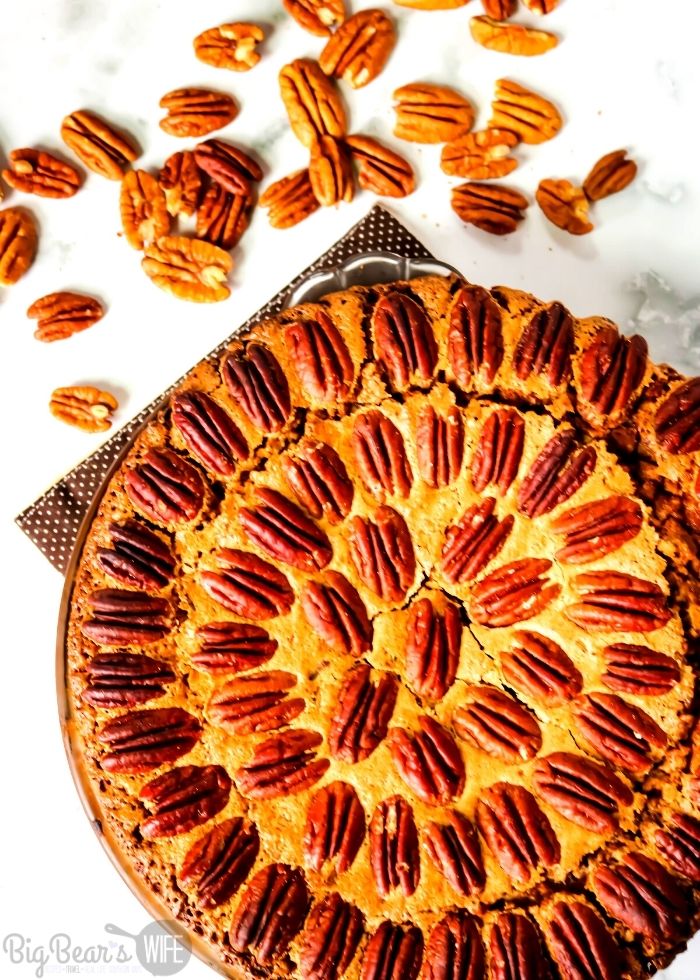 I recommend placing a baking sheet under the pie in the oven because I have had a few edges bubble over slightly while baking.

If you don’t over the edges of the pie (the cinnamon bun edges) with the filling make sure to cover the edges with foil or they WILL BURN while this pie bakes.

Once pie is cooked, let it cool completely before slicing as the pecan pie will continue to set up as it cools. 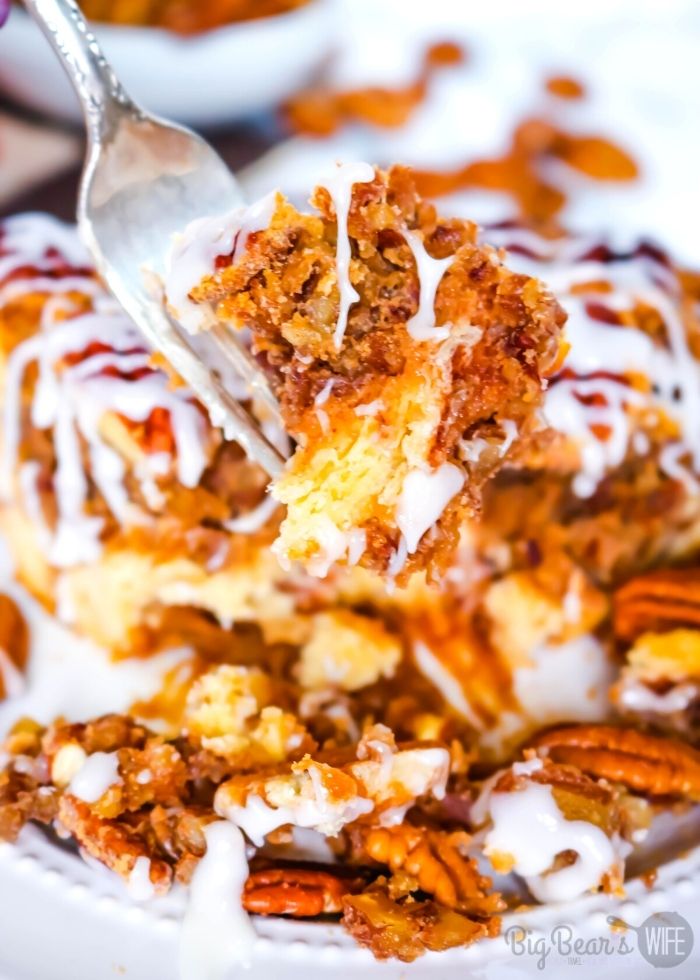 1. Can I use a regular pie crust with this recipe? You sure can! Just make sure it’s a 9 inch deep dish pie crust.

2.Will this pie crust work with other pies? It sure will as long as they are baked pies! Just make sure to cover the crust edges with filling or with foil to keep it from burning. 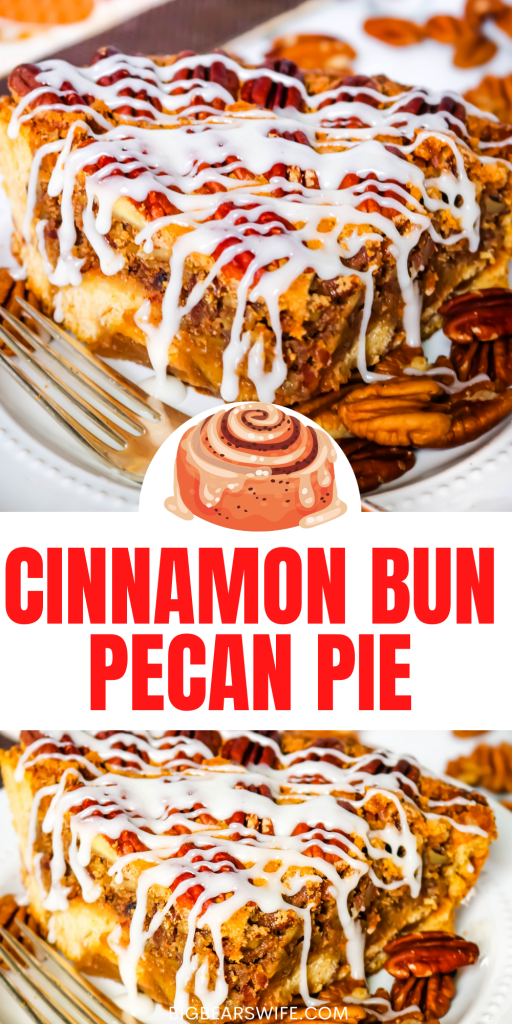