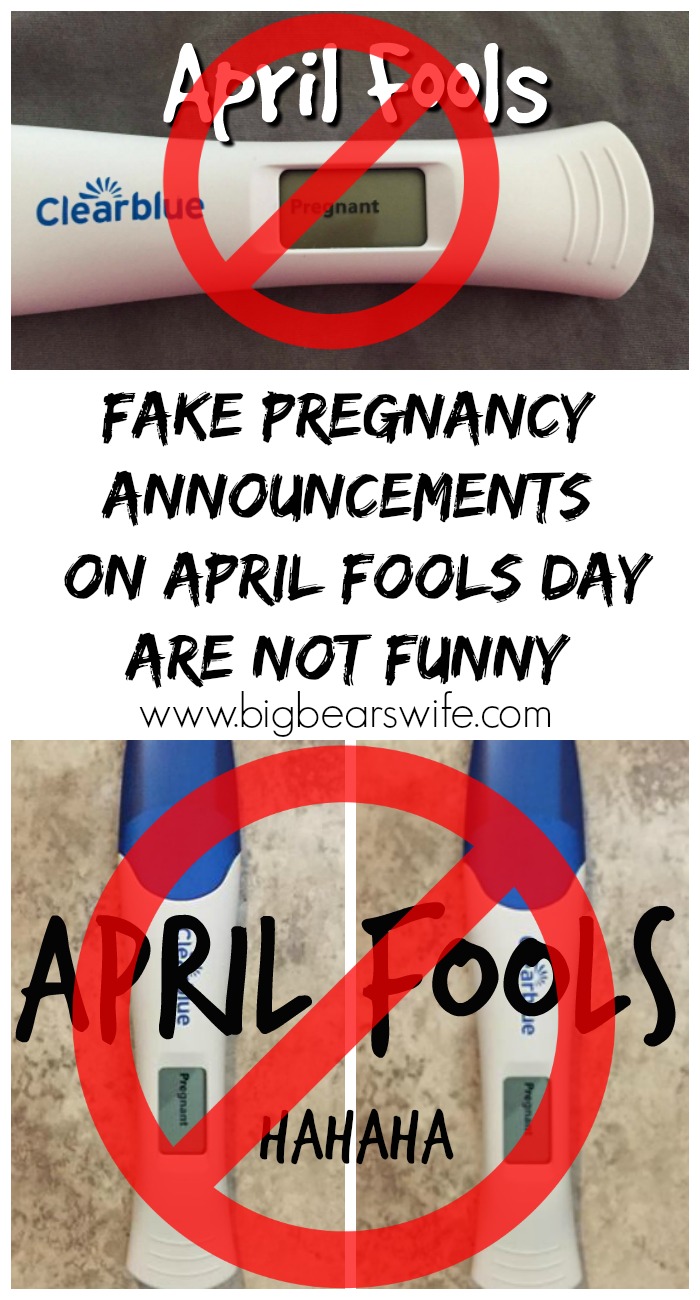 **I wanted to hit publish on this earlier but you know, I didn’t have a positive pregnancy test to use for the photo so I had to wait until I got permission from my cousin to use her real test results for my picture haha.**

Everyone knows that April first is all about pranks. I personally sound like a stick in the mud and I have to admit that I was never a fan. Growing up April Fools meant that people were going to pull pranks on people and then laugh at them, I was not interested in ANYTHING that was going to make people laugh at me.  I spent most of my grade school days giving people the side eye on April 1st until they assured me that whatever they were telling me wasn’t an April Fools joke.

Then as I got older, April Fools was really just another day, well until I started to notice that April Fools Day is also “National Fake Pregnancy Announcement Day.”

But I also know that 99% of the Fake Pregnancy Announcements that I see are on Facebook. I know that you think it’s a joke.  I know that we’re suppose to be friends…….wait….if you’re on my Facebook account I’m assuming that we’re friends, aren’t we? Are we friends? Would you make that joke to your friend that couldn’t have a baby (well can’t have a baby as of yet.)?

I’m not normally one to say that people need to do something differently because of how I feel. I really do believe that even if I don’t agree with something, or if something isn’t for me, people should be able to express themselves and do what they please.  In normal everything stuff I don’t think that people should hide their joy because someone else is sad. I don’t think that someone should pretend they don’t like something because other people think it’s wrong or weird.

But Fake Pregnancy Announcements are on a different level, in my opinion. To me, they’re right up there with fake suicide pranks and fake death notices. Oh, you haven’t seen those? Oh come on I’m sure you have, heck a guy from my home town used a fake family members death to try and win on the Survivor one season.

Now I can’t speak of everyone one that’s struggling with not being a mother (or father) but I can speak for myself and I know some people that feel the same way.

When someone I know posts a fake pregnancy announcement online it makes me want to bang me head against a brick wall.

HELL, when someone I know posts a REAL pregnancy announcement it makes me want to bang me head against a brick wall.  Am I selfish and un-happy for this person? NO. I’m happy for them. I am glad they’re adding onto their family. My heart is over filled with joy that soon they’ll have a sweet little soul that’s calling them mommy (or daddy).  However is also makes me want to eat a tub of caramel chocolate gelato and by Kleenex and Prozac, in bulk.

In saying that I also want to add this:

“If I have expressed joy in your pregnancy or baby, I am HAPPY for you, I am SO happy for you in every way possible.  Please don’t think that I am ever unhappy for anyone when it comes to that. I’m not bitter towards anyone that has or is having a baby.  If I have come to your baby shower and brought you a gift and celebrated in your joy, I am there because I am happy for you and I want to celebrate with you! But I’ll be honest and let you know that even though in my happiness, it’s hard. Even though I’m 100% happy for you the smile is hard. Buying you the baby gift is hard, I do it because I love you.”

So with all of that being said,  this post doesn’t really have anything to do with people posting real announcements.  haha I don’t want people to hide their joy from people that are suffering! 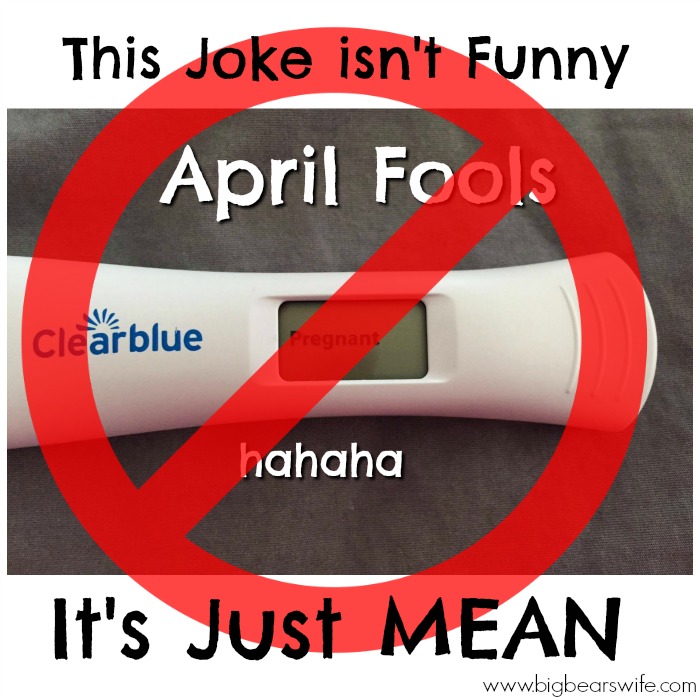 I want people to STOP JOKING about about fake announcements.  Because YES the real announcements HURT but so do the FAKE ONES.

Maybe you’re thinking to yourself, “Self, there isn’t anyone on my friend’s list that’s  suffering and wanting a baby, I would know about it. Everyone will think this is funny.”

Sure, your immature friends that haven’t had to ever worry about if they’ll be able to have a baby will probably be rolling around on the floor with you as your other of your dear friends holds down that sicking empty feeling as your post scrolls by and reminds her of how she’s still “broken”. But that’s ok, because it was a joke, right?

I’m dealing with this stuff and I had NO IDEA how many people on my friend’s list were suffering from infertility or had had miscarriages until last year. I posted a blog post about it and friends that I didn’t even KNOW couldn’t have babies (or had had MULTIPLE miscarriages) started e-mailing me and messaging me.

These wonderful amazing people who hadn’t really spoken a peep about it — these are the people that get hurt. These are the friends that feel their heart break on a daily bases. Why add to that? Why make a joke about creating a sweet little miracle? Why be a jerk for a laugh?

Joke about other stuff.  Pull pranks but come on guys, don’t pretend and joke about creating a baby when I KNOW that you have at least one friend who will break inside when they see it.

Come on ,don’t be that person.