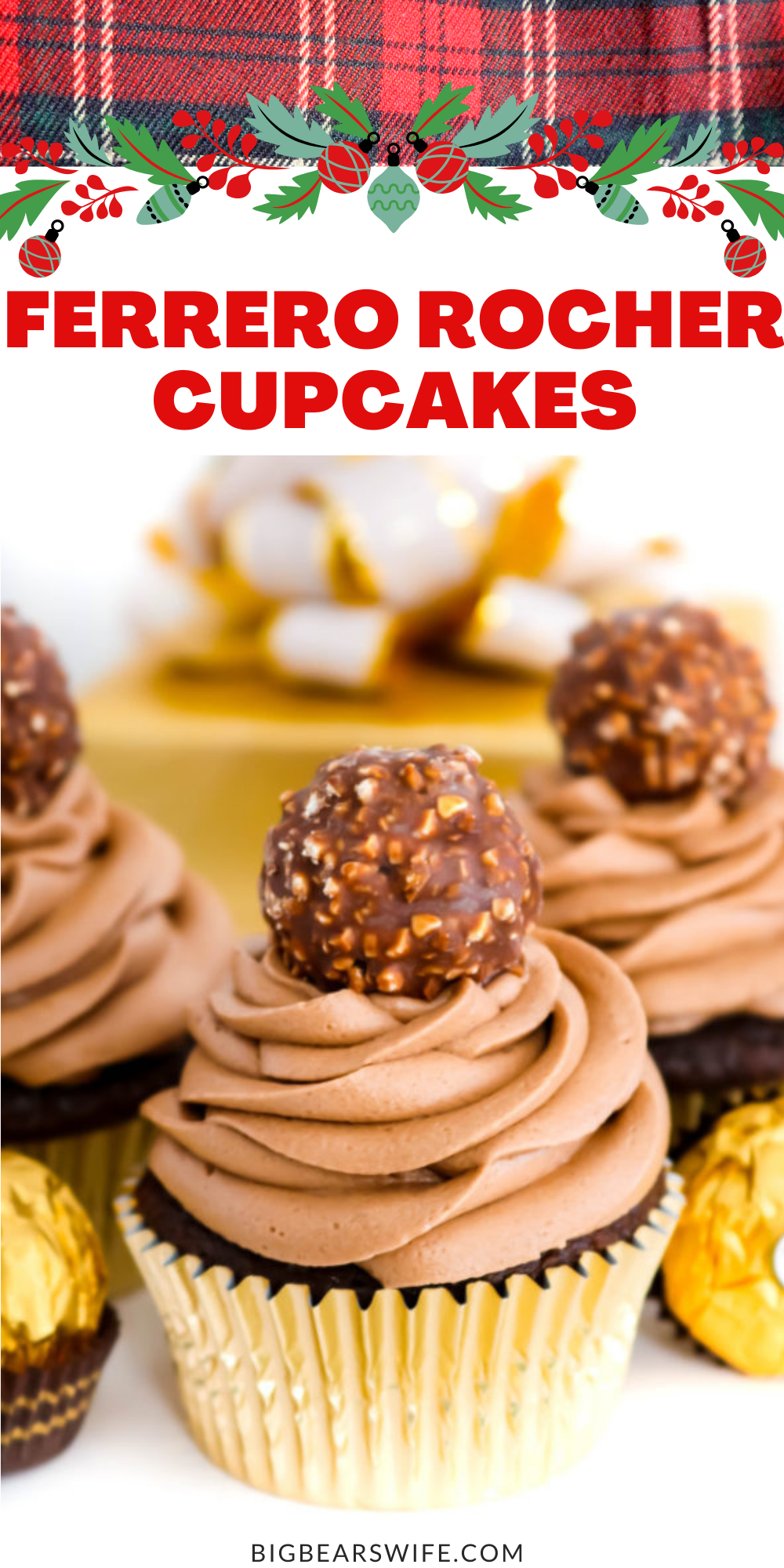 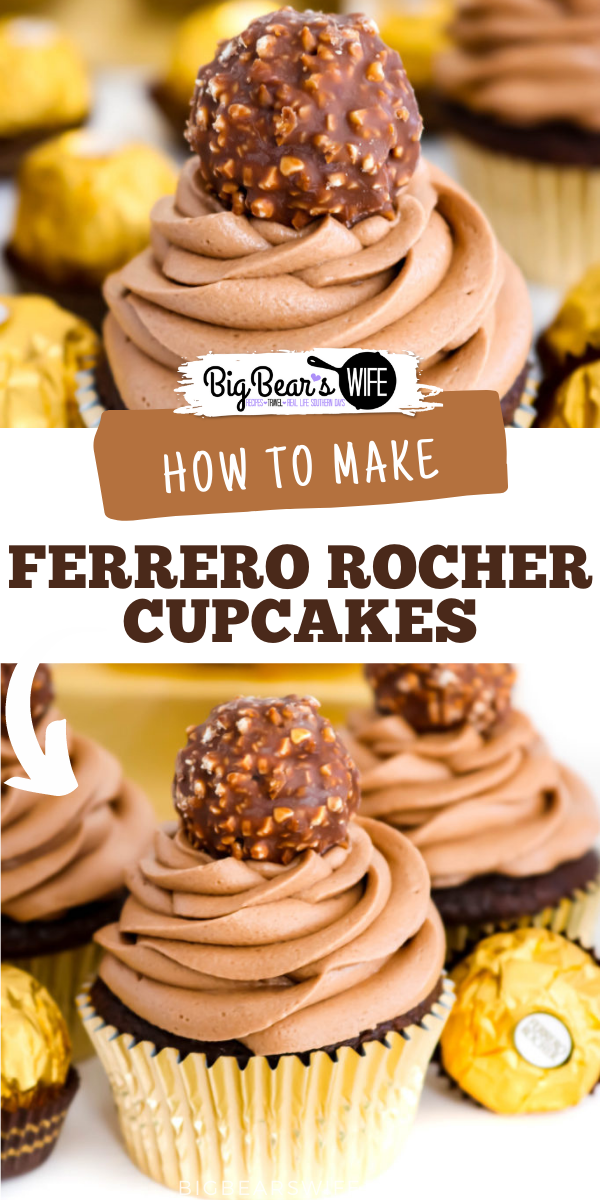 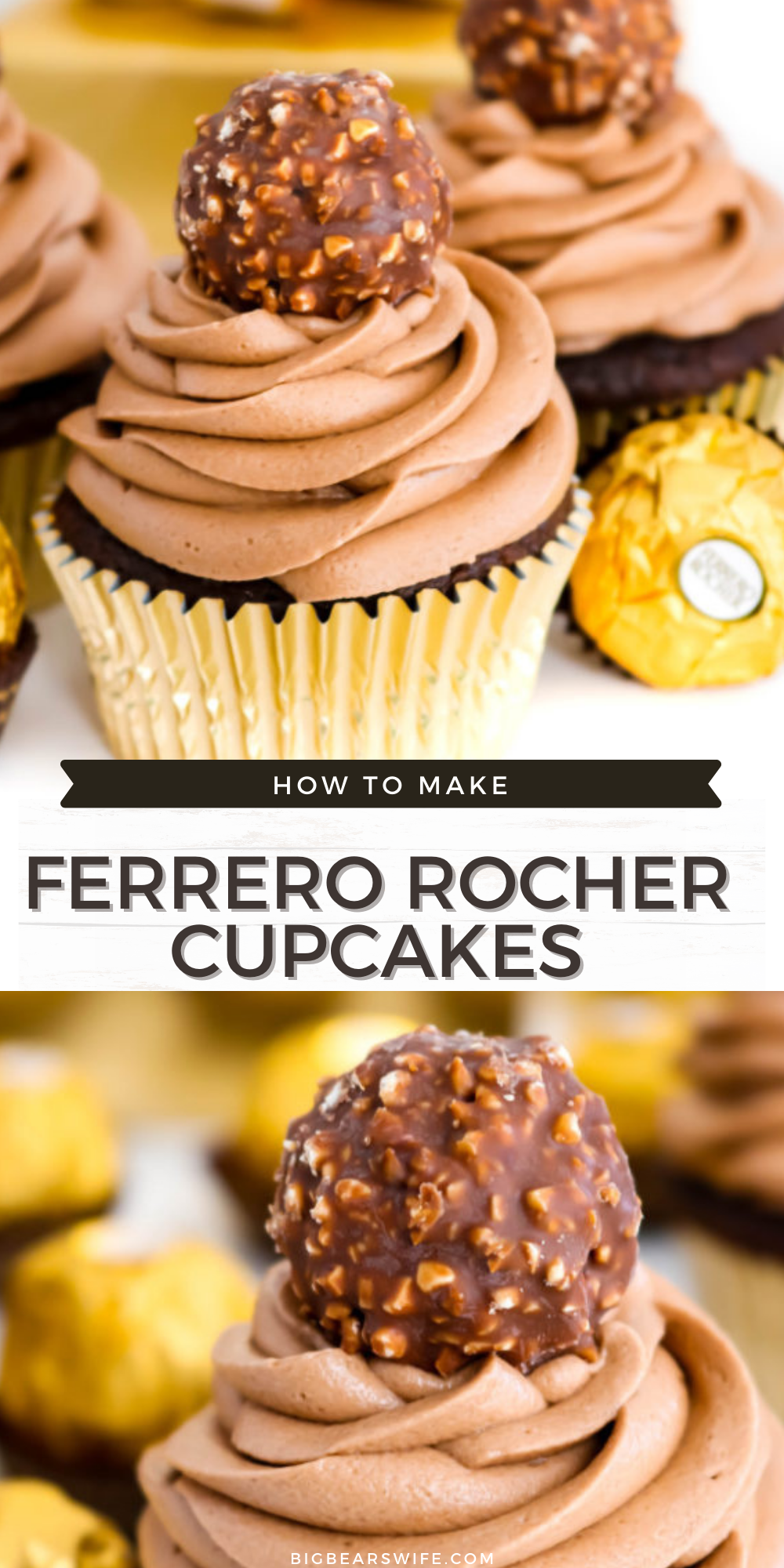 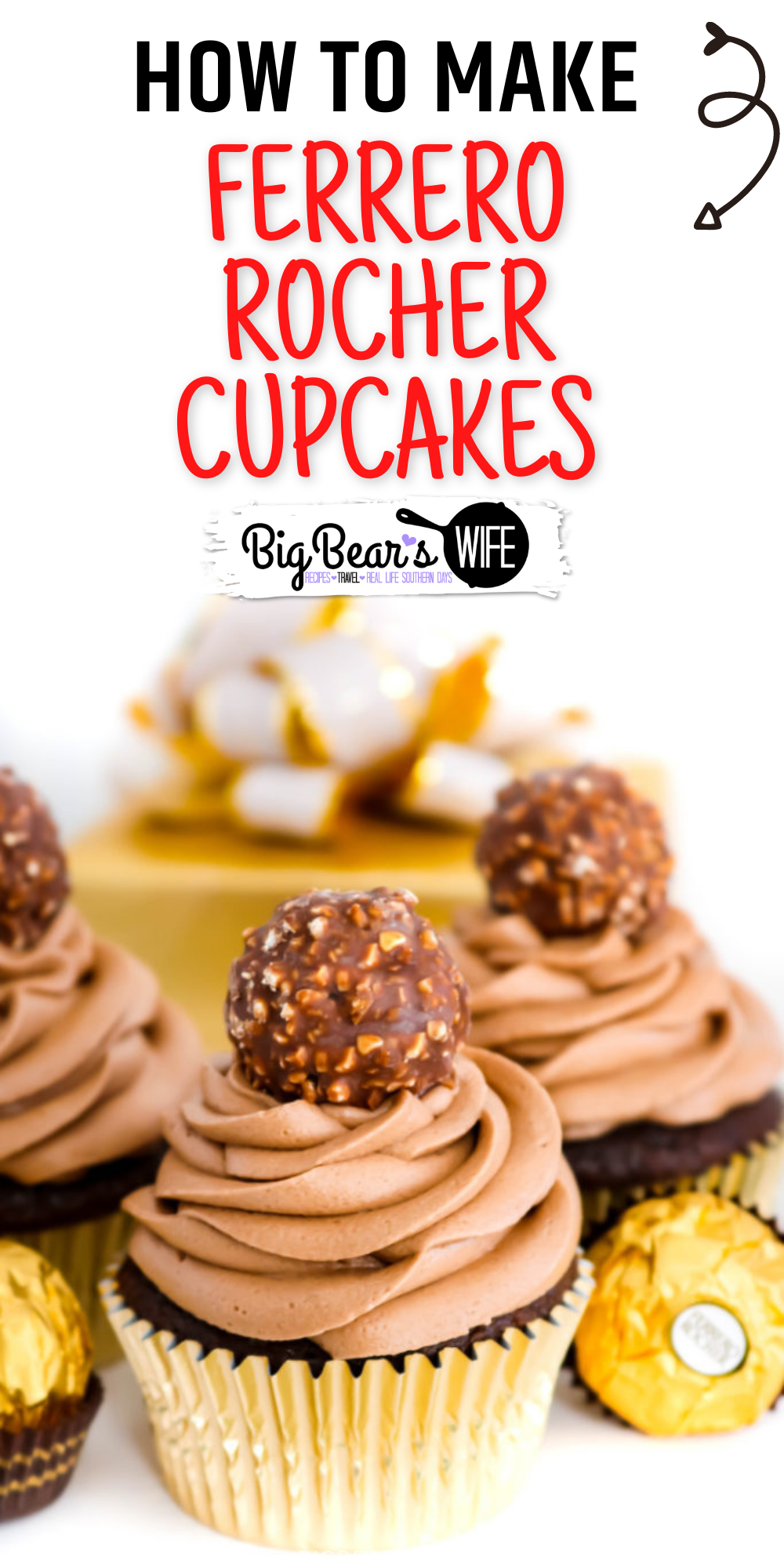 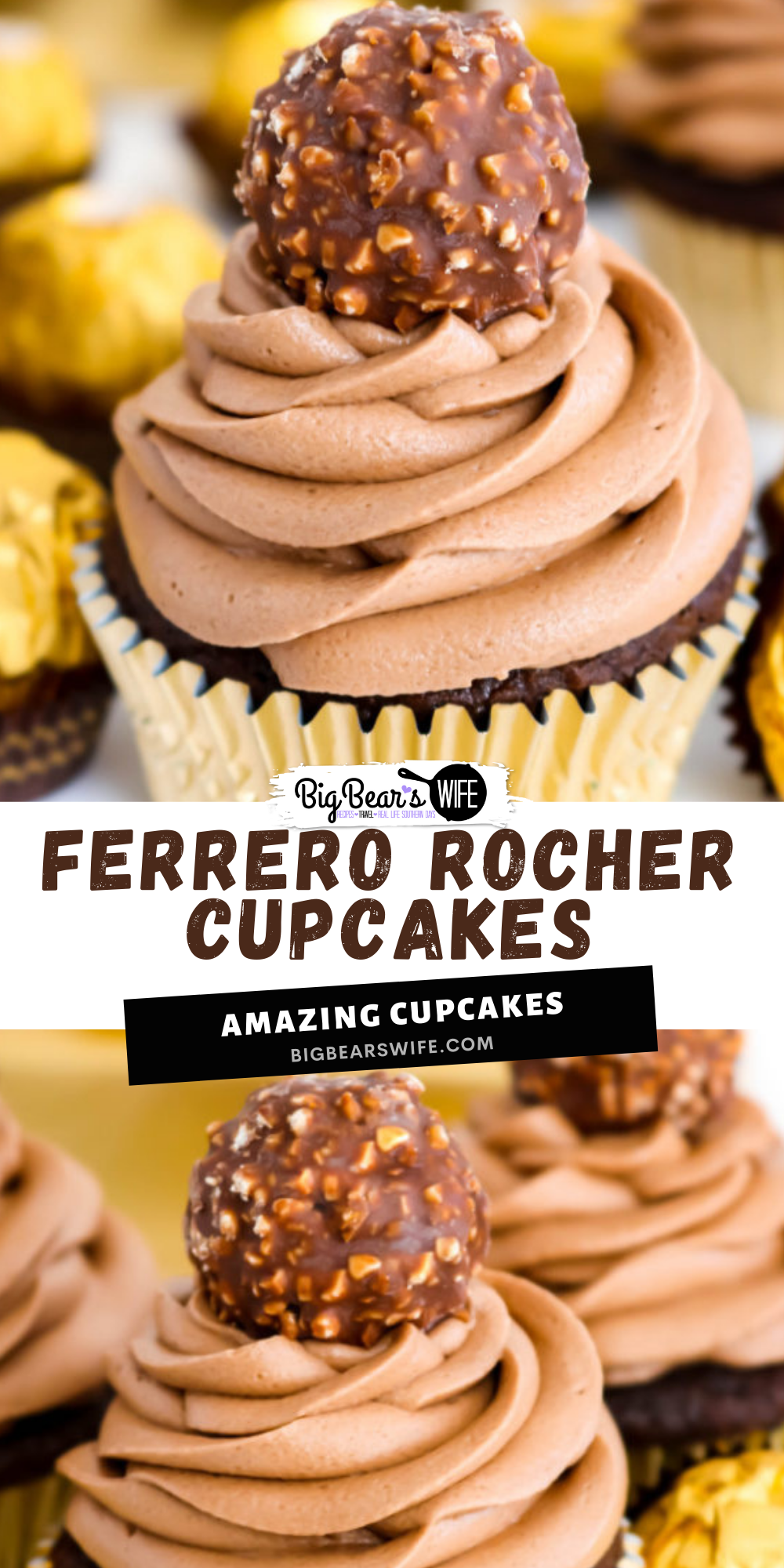 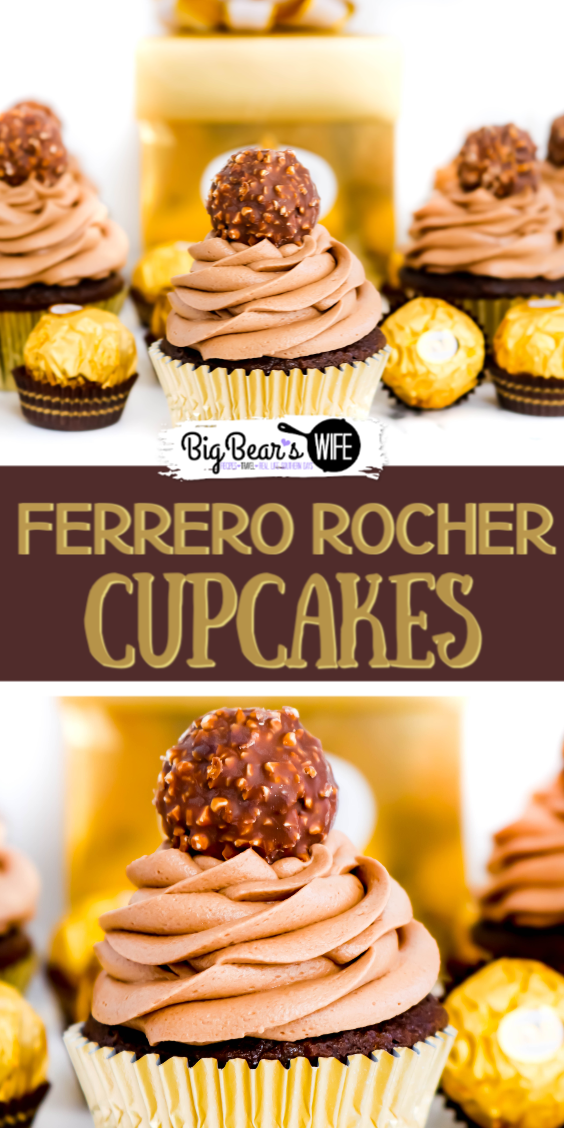 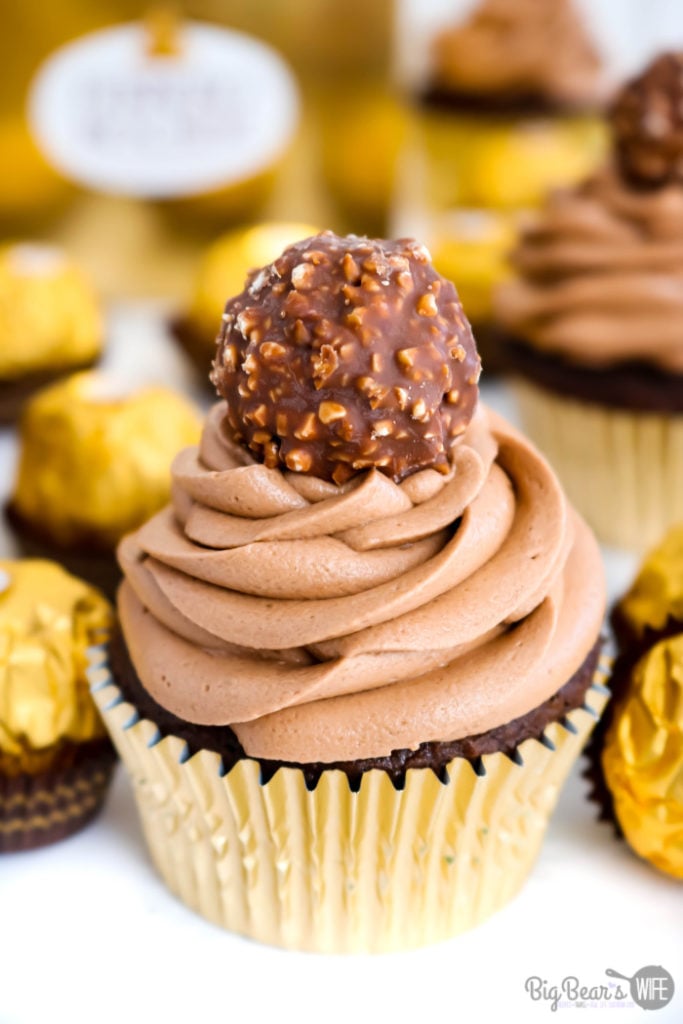 I have had Ferrero Rocher Cupcakes on my “to make for the blog” list for years. When I say years, I mean YEARS, as in probably 8 years. Why did it take me so long to make them? I have no idea. Ferrero Rocher Candies are one of my favorite candies ever but I only get them at Christmas (a rule so I don’t eat 5oo,o00 of them each year). So normally I’m already burnt out from all of the Holiday baking by then and while the thought of Ferrero Rocher Cupcakes sounds amazing at the time, I just don’t want to bake right after Christmas. haha 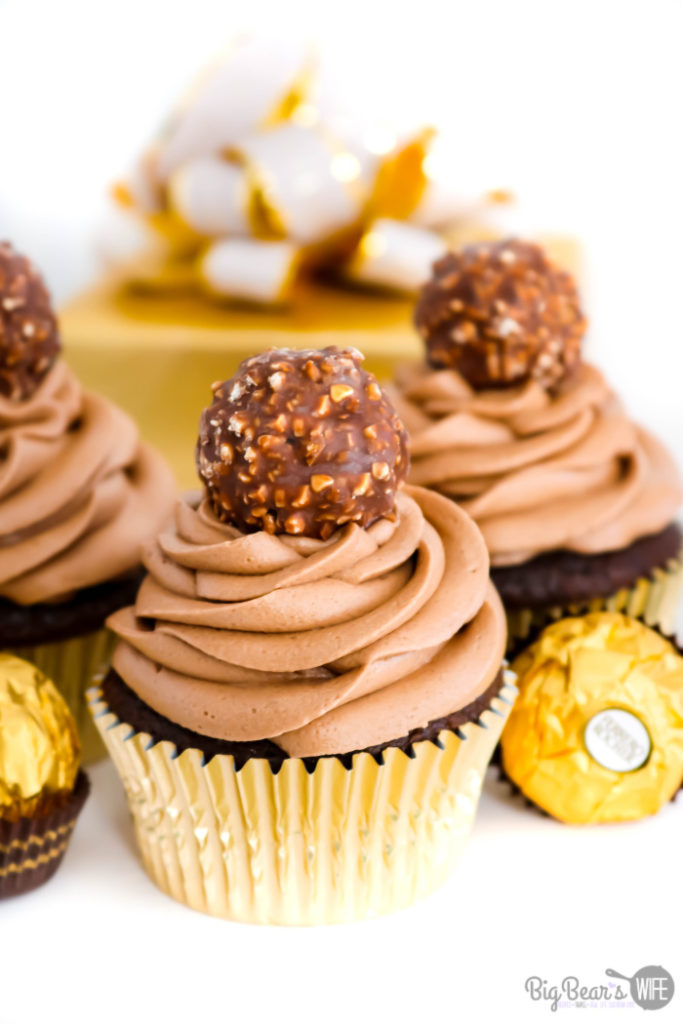 However, I worked with Dixie Crystals on recipes and recipe development every month and this month there just happened to be an interest in Ferrero Rocher Cupcakes from them and I jumped at the chance!

After a bit of ideas and tweaking, I set out to make the most glorious Ferrero Rocher Cupcakes. 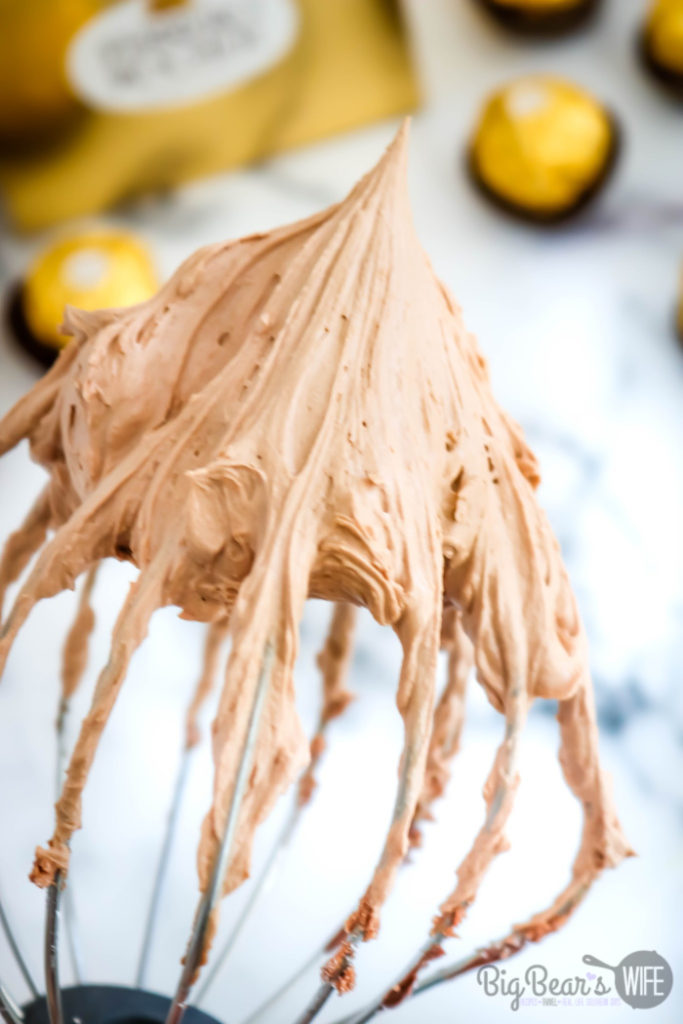 The frosting for these Ferrero Rocher Cupcakes is a homemade Chocolate Hazelnut frosting. 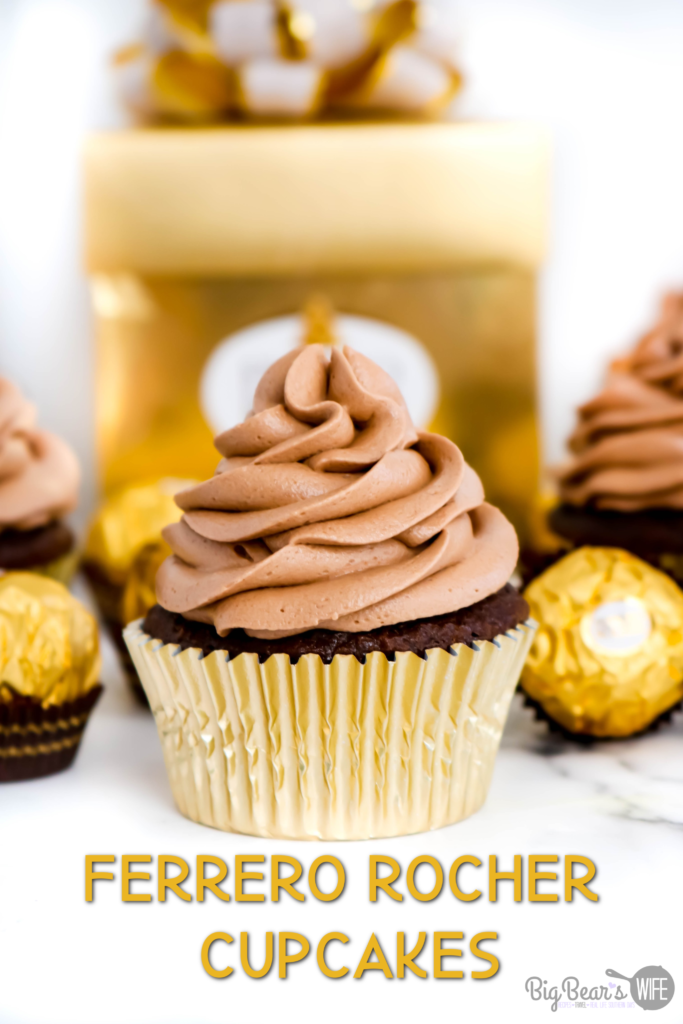 You’ll also need some glorious Ferrero Rocher Chocolates. Oh I have no idea why I love these little darlings so much but they’re amazing.

Ps. I’d also pick up some gold cupcake liners if I were you. They go perfectly with the Ferrero Rocher theme. 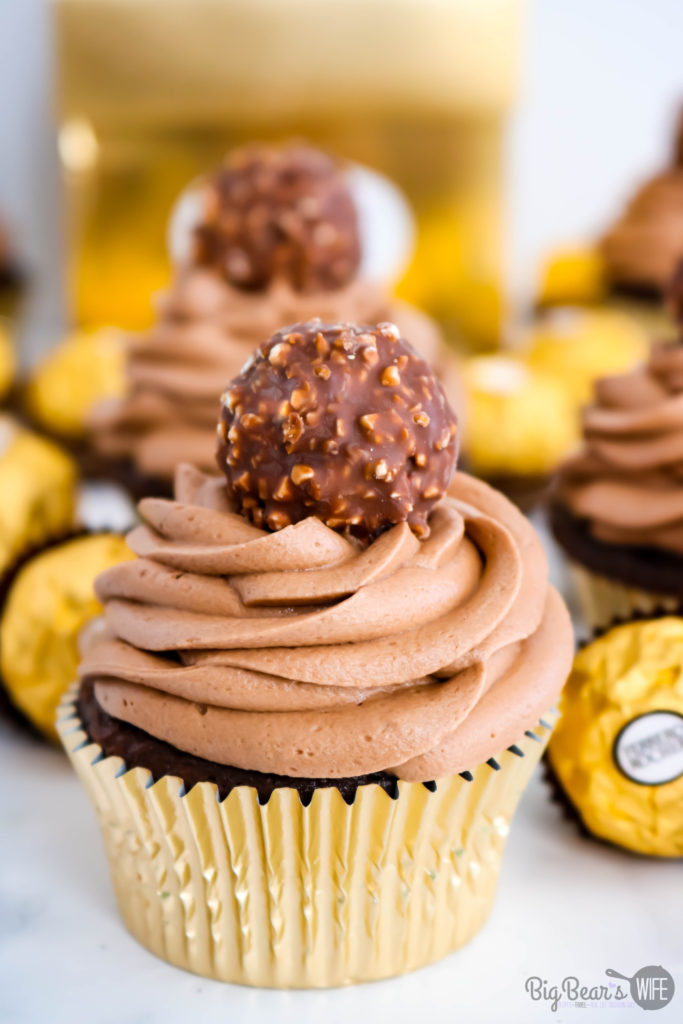 Check out the Dixie Crystals site (the link is below) to grab the entire recipe! It’s a keeper for sure!

I MADE THIS RECIPE FOR DIXIE CRYSTALS AND THEY’VE GOT THE ENTIRE RECIPE POSTED ON THEIR SITE.
JUST CLICK HERE TO GRAB IT! 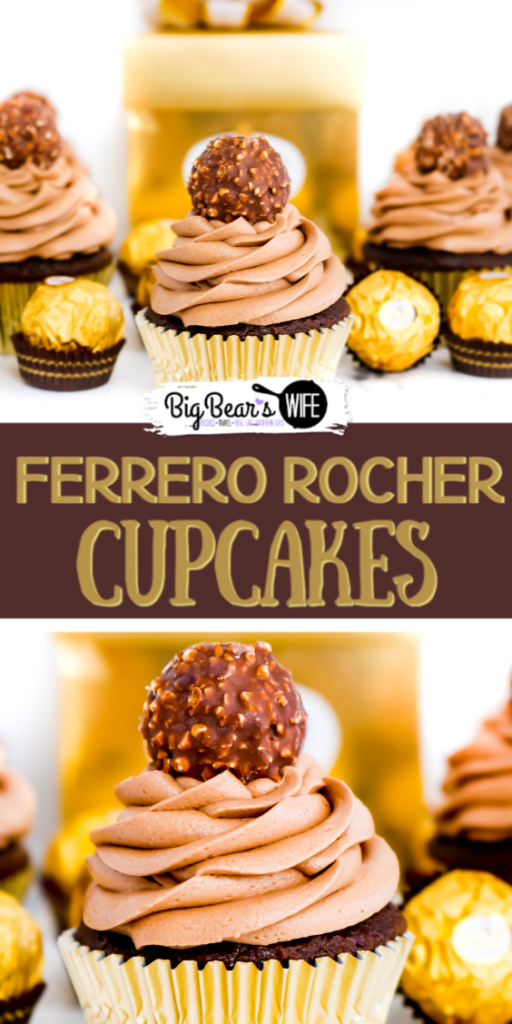