I became the “master” of grilling corn when we live at Camp Lejeune because I grilled corn all the time!! I loved it so much and I’m super excited about making it again with local produce and MELT!

**Note MELT did send me product to try  but I decided to write about it because I really like it and because I also found it at Midtown Market (a local downtown grocery place here, MELT did not sponsor this post and they didn’t pay me a penny** 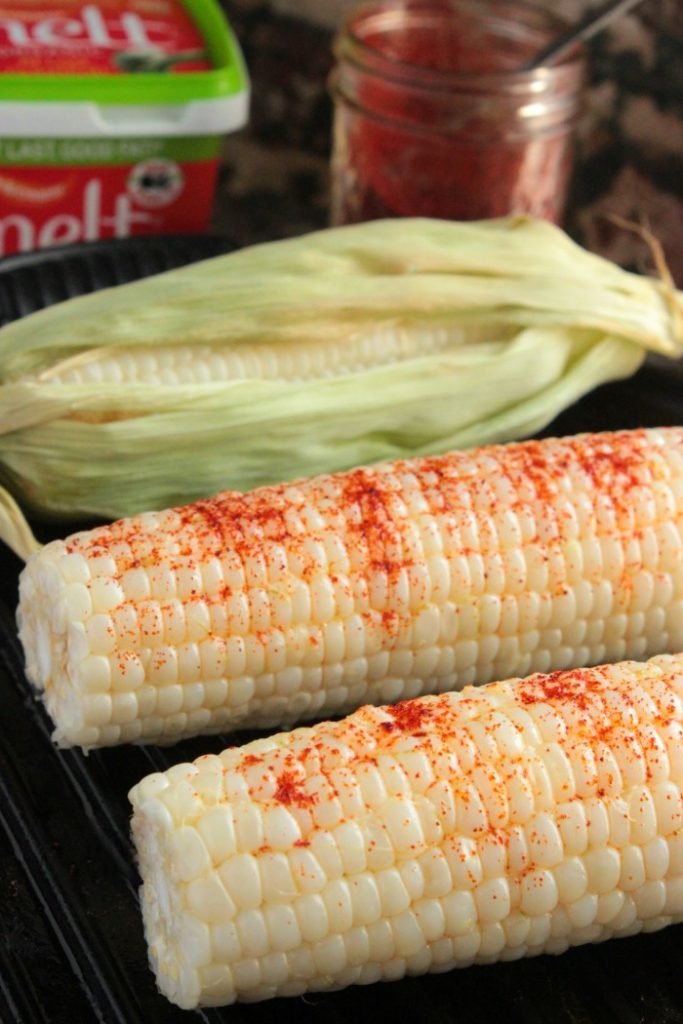 Saturday mornings are my “me time” mornings. I spend the mornings down at the coffee shop, over at the Farmer’s Market and pretty much all over downtown. I normally wake up after Thomas has left for work and drag myself out from under the covers way earlier that I’d really like to be getting out of bed.

After getting dressed, it’s a quick stroll down to the coffee shop for breakfast. Breakfast includes one of my favorite cinnamon roll and a latte. However last weekend it was super, super hot and low and behold our coffee shop had frozen lemonades so that’s what I went with! 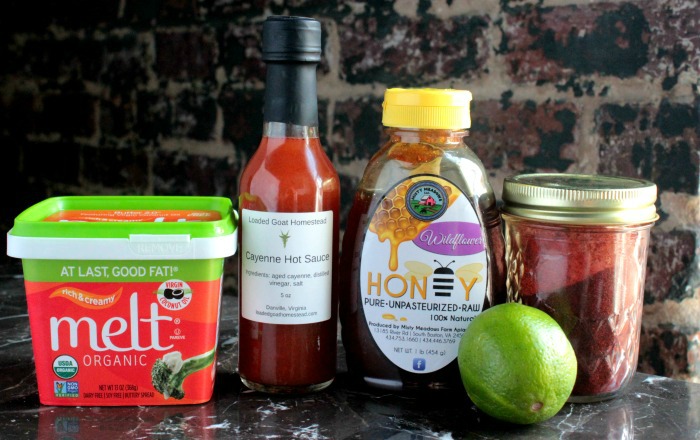 After breakfast and a bit of people watching and writing, I pack up my bag; next I’m off to the Farmer’s Market! I literally live right across the street from the Farmer’s Market, I just love that. I make my round at the market, well…..actually I make two rounds haha.

My first trip around the market is to see what all is for sale and then on the second trip around I buy everything I need.  Lately I’ve been on a peach kick, so I make sure to stop at the peach booth outside before I even make it into the market..  I also always make a stop at Carol’s table for “Little Charlies, Bow Wow Bon Bons” for the dogs and I make a stop at Elizabeth’s table for my little oatmeal packets.

Then most Saturday’s I drop my farmers market finds off at the apartment and head to Midtown Market.

Midtown is a little Market that’s been here since 1921 and I just love it; I get my chicken salad there.  It’s also where I get Thomas’ favorite orange creamsicle milk and my favorite chocolate milk. It’s also a pretty great place to pick up local produce!

When I was there the other morning, I was walking to the register with my chicken salad and saw the “Melt” spread out of the corner of my eye. I probably only noticed it because “Melt” had actually sent me some of their spreads a few weeks before to try. I was so excited to see them at Midtown! After that, I knew that I needed to work it into a recipe. 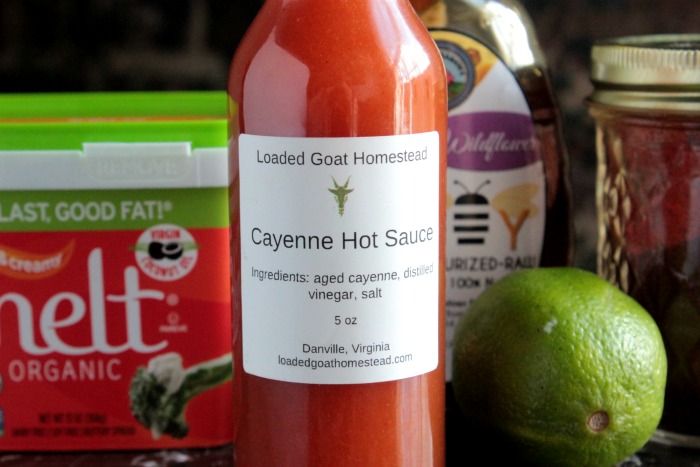 So I got a little inspiration from a recipe that Melt had sent me, gathered up some locally produced items that I keep the pantry stocked with and got to work. 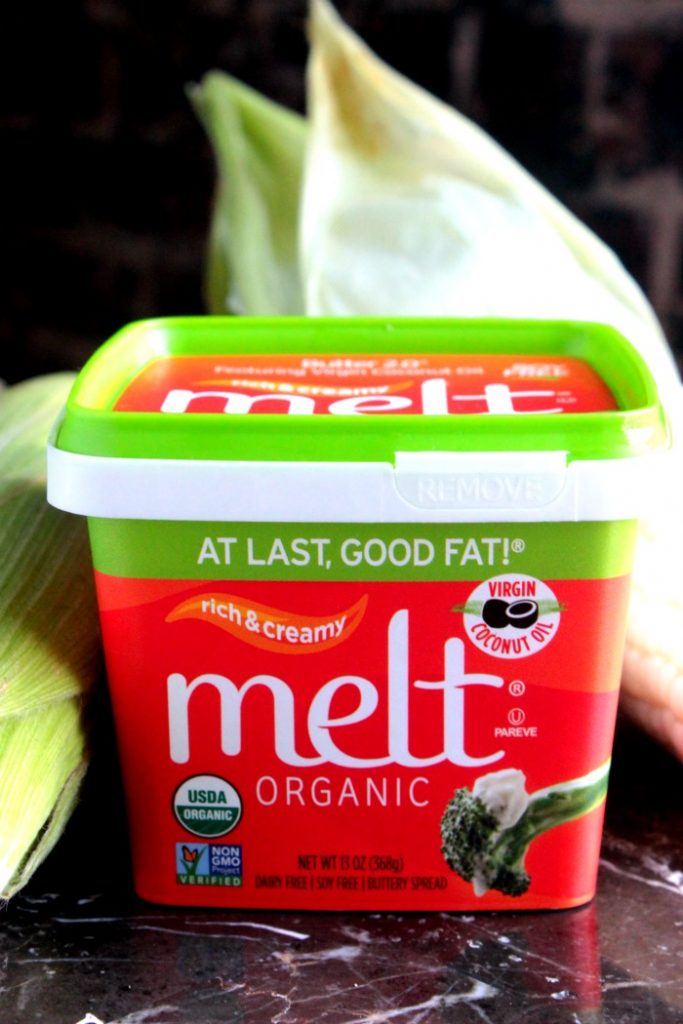 Melt isn’t butter but it’s turned out to be a great thing to use in place of butter for things like this grilled corn recipe. It’s made with coconut oil and I’ve added a few shots of the package so that you can read about it. 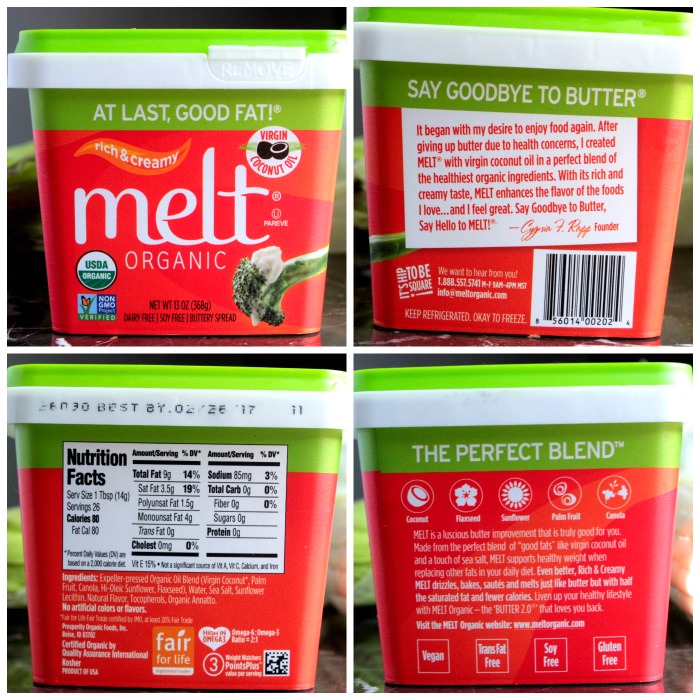 I had to admit that I was indeed skeptical. I mean I love my butter on corn and I love to cook with butter. Hey, it’s the southern in me y’all, butter has a home here and it always will. However, I’m always up for trying new things.

When we lived in Jacksonville, I use to grill corn all the time and I mean ALLLLL the time. It was my thing. I couldn’t grill anything else haha but I was a master at grilled corn.

Steaks for dinner? Let me grill some corn!

Tacos this evening? Let me light the grill for corn!

Haha I was a corn grilling queen. I’m assuming it was because this is back when I was still learning how to cook and this one was thing that I hadn’t screwed up yet. hahahaha 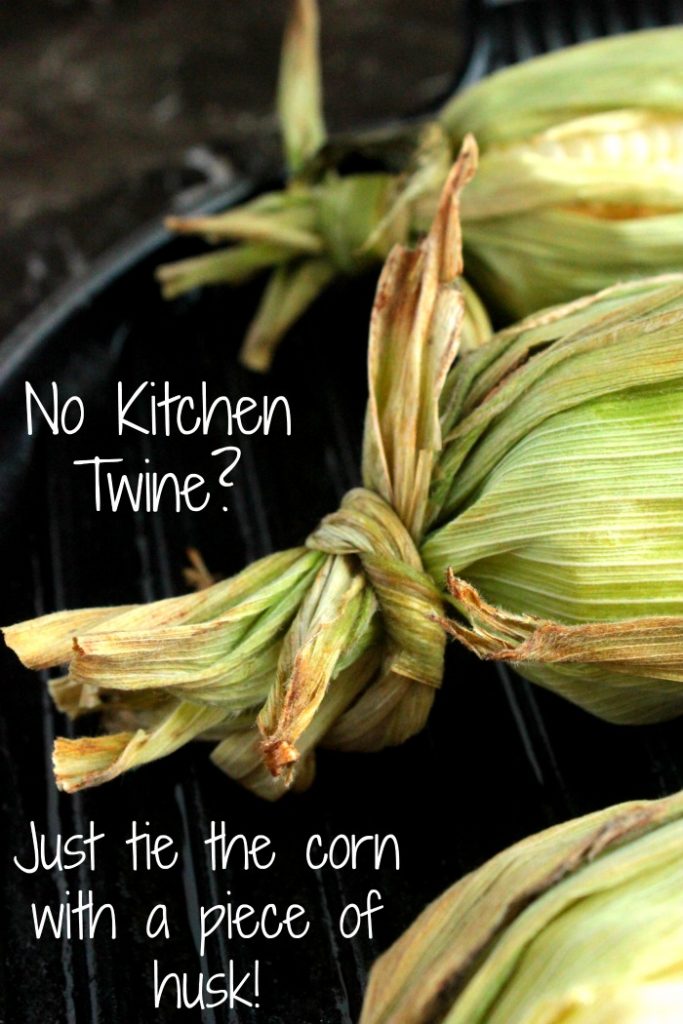 I also learned through all of my corn grilling adventures that while most people use kitchen twine to tie up their corn for grilling, a piece of the husk will work just as nice.

I know you can grill your corn without the husk but I love to grill corn right in the husk! 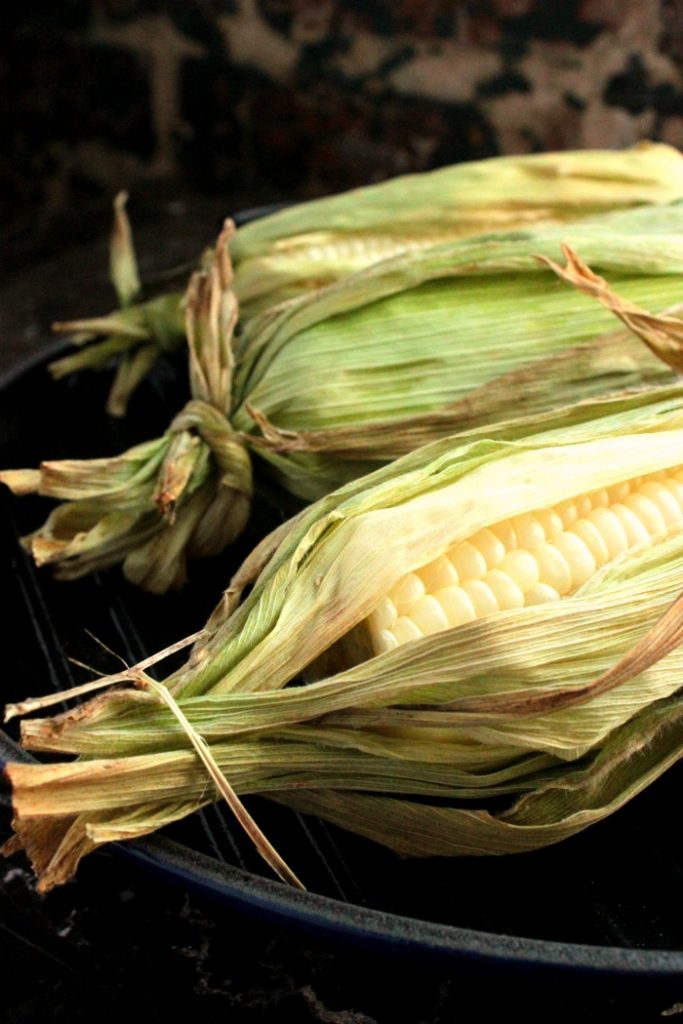 All you need to do is pull the husks down and remove the silk (or corn whiskers as I like to call them haha).

Pull the husks back over the corn and tie it closed at the end with some kitchen twine or with a piece of the husks.

Now when I use to grill corn like this down at Lejeune, I always seasoned and buttered my corn before pulling the husks back up but we’re going to do it a little different today.

Get your corn all tied up and then toss it onto a grill, close the lid and cook it for about 20 minutes, flipping every 5 minutes or so.

You can also cook this corn in the oven for about 20 minutes, flipping every 5 minutes or so at about 350F. 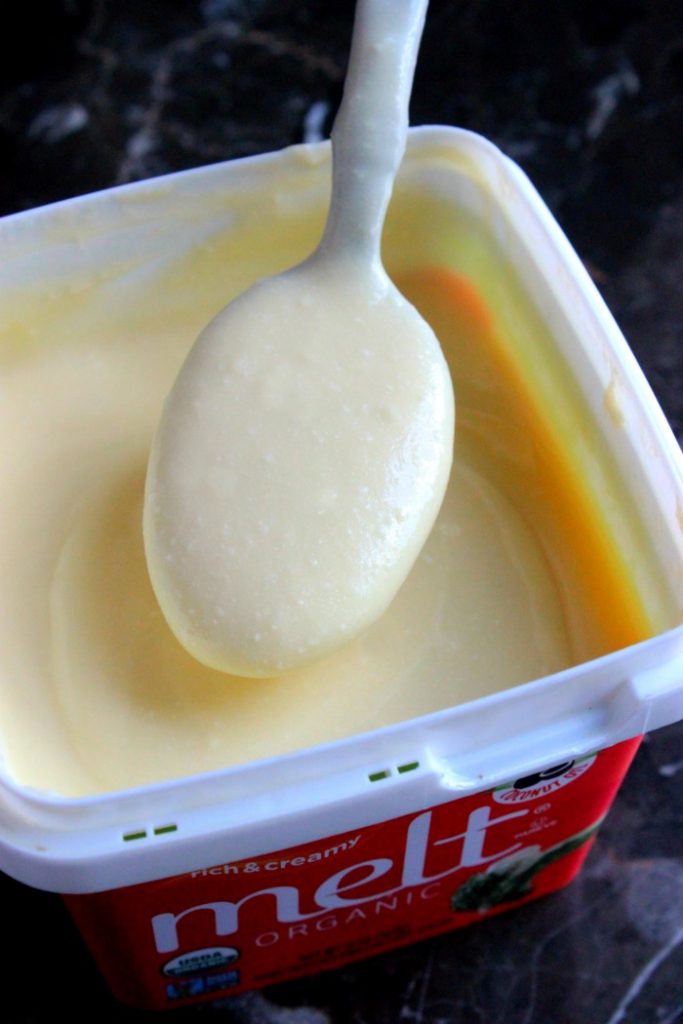 Once you’ve got the corn cooked, remove the husks and get ready to spread on the melt mixture. Look down in the recipe section at the bottom of this post for the entire recipe but it’s pretty much a mixture of MELT, lime zest, honey, lime juice and garlic. 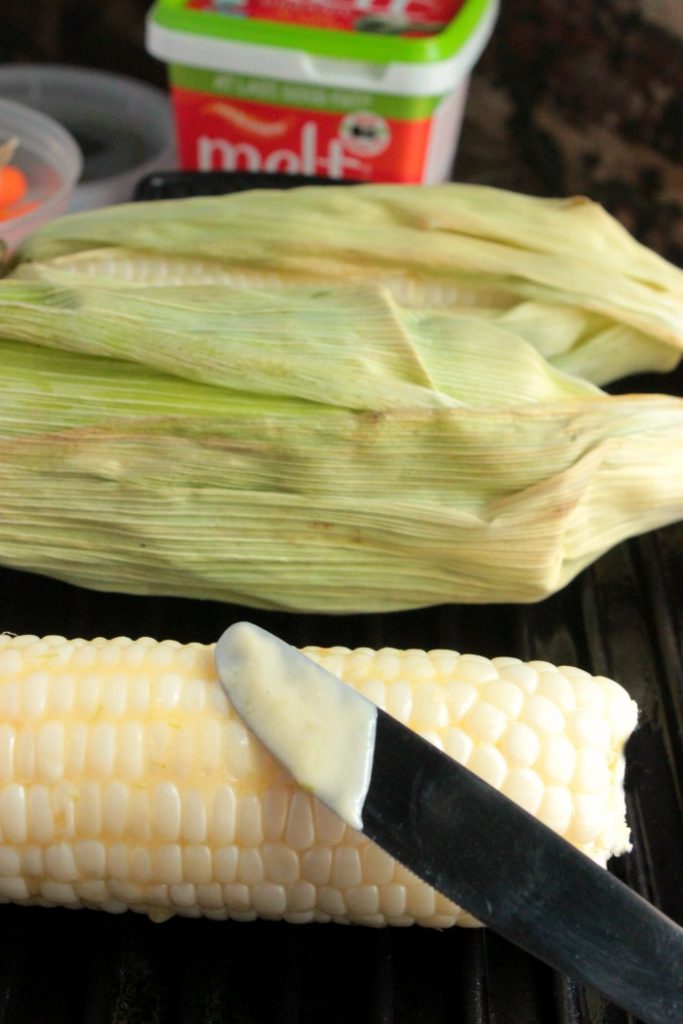 Spread all of that all over your hot corn. 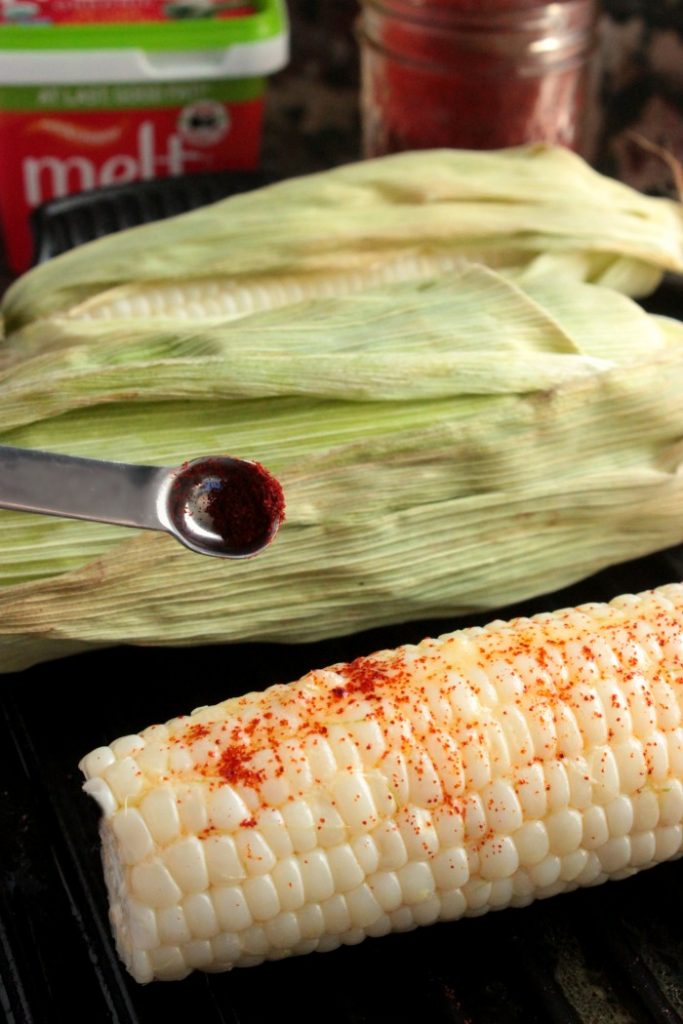 Now does this taste like butter? Can it really replace butter? Well, yes and no. haha. I don’t think it really taste like rich butter BUT in the same breath I’ll say that it didn’t stop me from devouring 2 ears of corn! haha.

If no one told me it was Melt instead of  butter I doubt that I would have noticed. I just say it’s hard for me to say it’s exactly like butter because I know it’s not butter and that’s still in the back of my mind.

However, I’m totally going to stock my fridge with this to use in some of my dishes instead of butter.

Y’all know that as much as I love my southern foods and what not that I’m always looking for better alternatives to add to our diets.

Melt Buttery Spread is half the saturated fat and fewer calories than regular butter  but it cooks just like regular butter. It’s also organic and non-GMO.  You can read more about that here 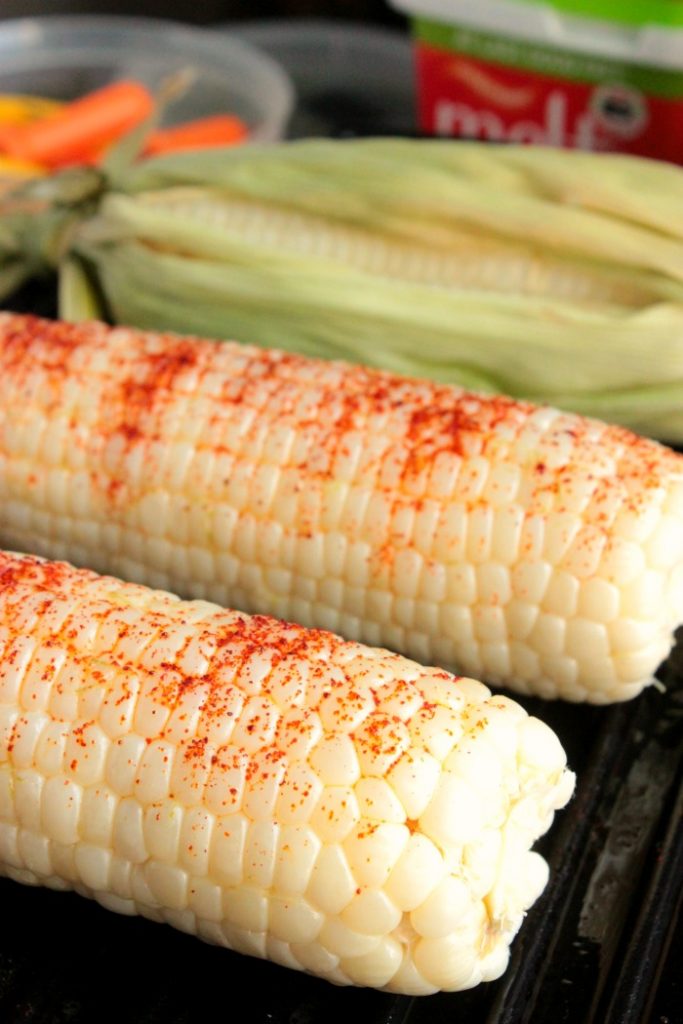 Then just stab the ears of corn with some of these little corn end thingys and get to eating!

Haha everyone’s got a container of these little corn end things right? My Ma use to keep a bunch of them in a old pimento cheese tub in her kitchen drawer so that’s what I do too. <3 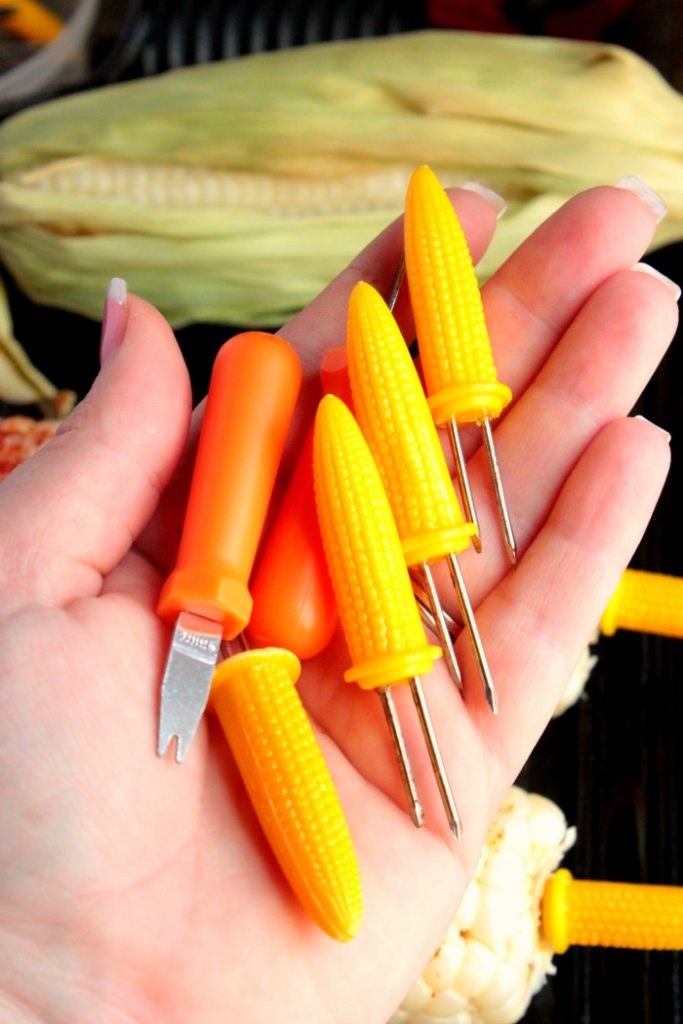 So pretty much everything in this recipe was bought locally because I like to shop local when I can.

If you live local, I suggest these places below, but if you’re not local, your favorite brands and local brands will be awesome too, I’m sure!! 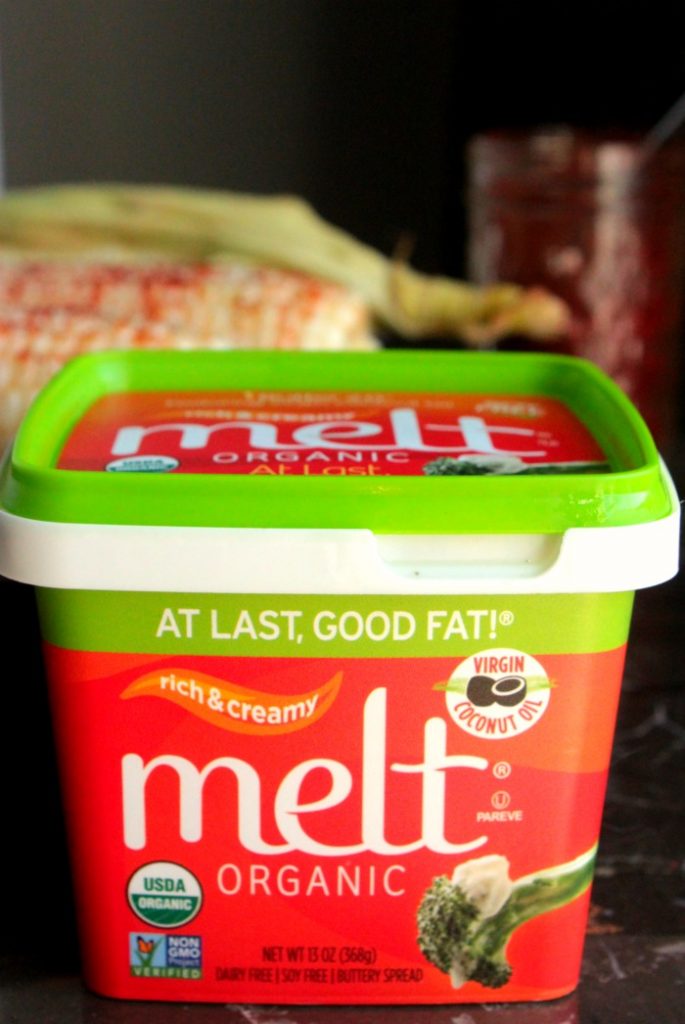 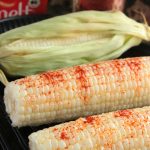 I became the "master" of grilling corn when we live at Camp Lejeune! I loved it so much and I'm super excited about making it again with local produce and MELT!

Are you finding yourself with a ton of summer corn right now? Trying to decide on what to make with it? Try these other great corn recipes from BigBearsWife.com 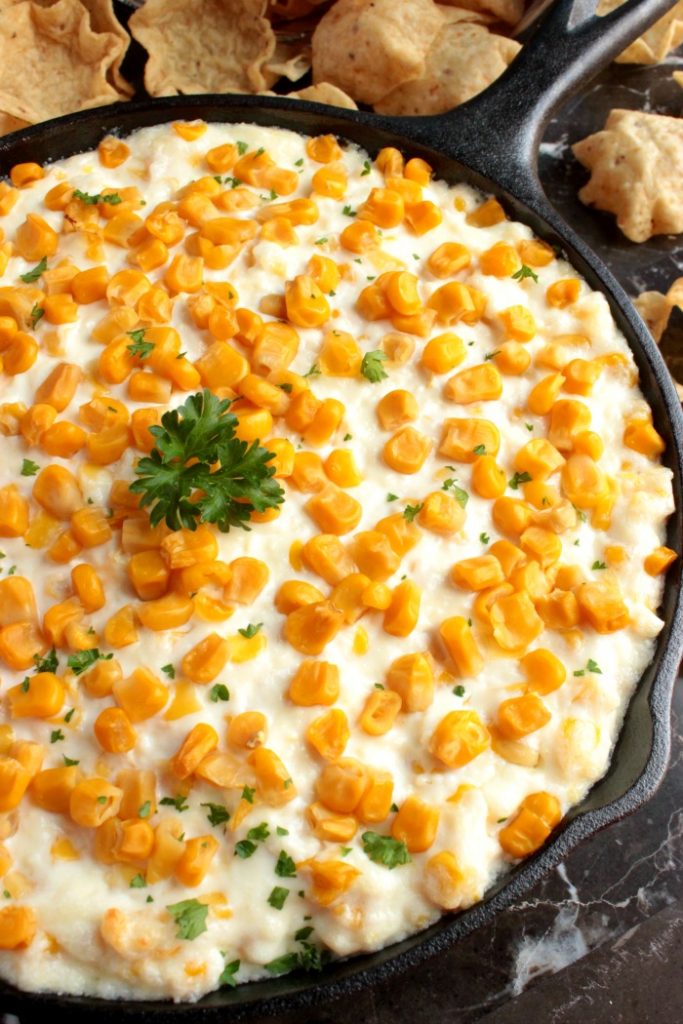 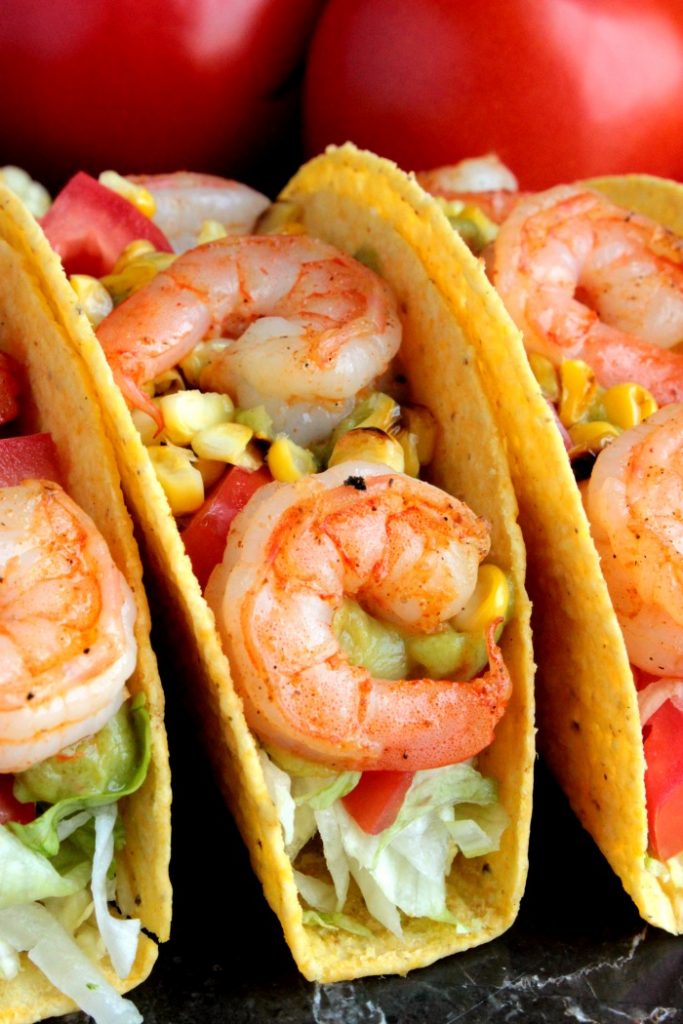 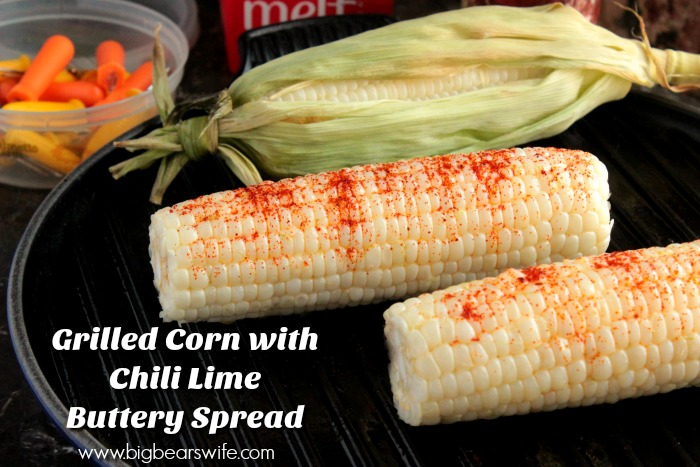