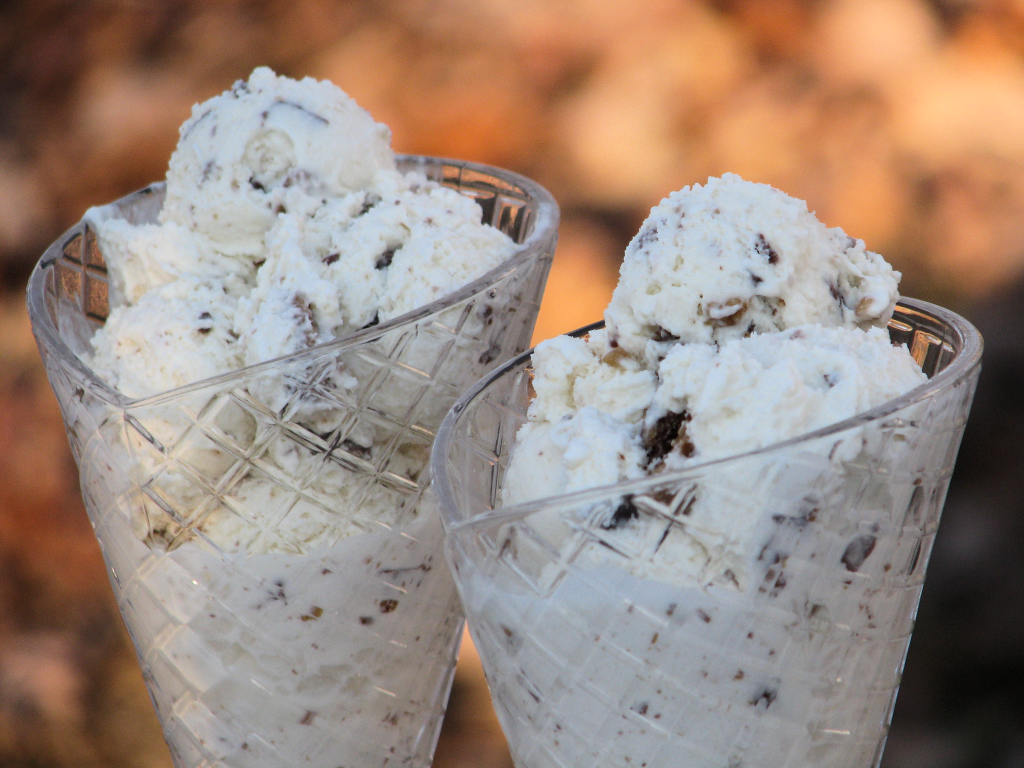 I have been living under a rock. We’ll not really, but as far as using Vanilla extract, I have indeed been living in a pile of imitation vanilla bottles my entire life. I know right.. *GASP*

What was wrong with me? 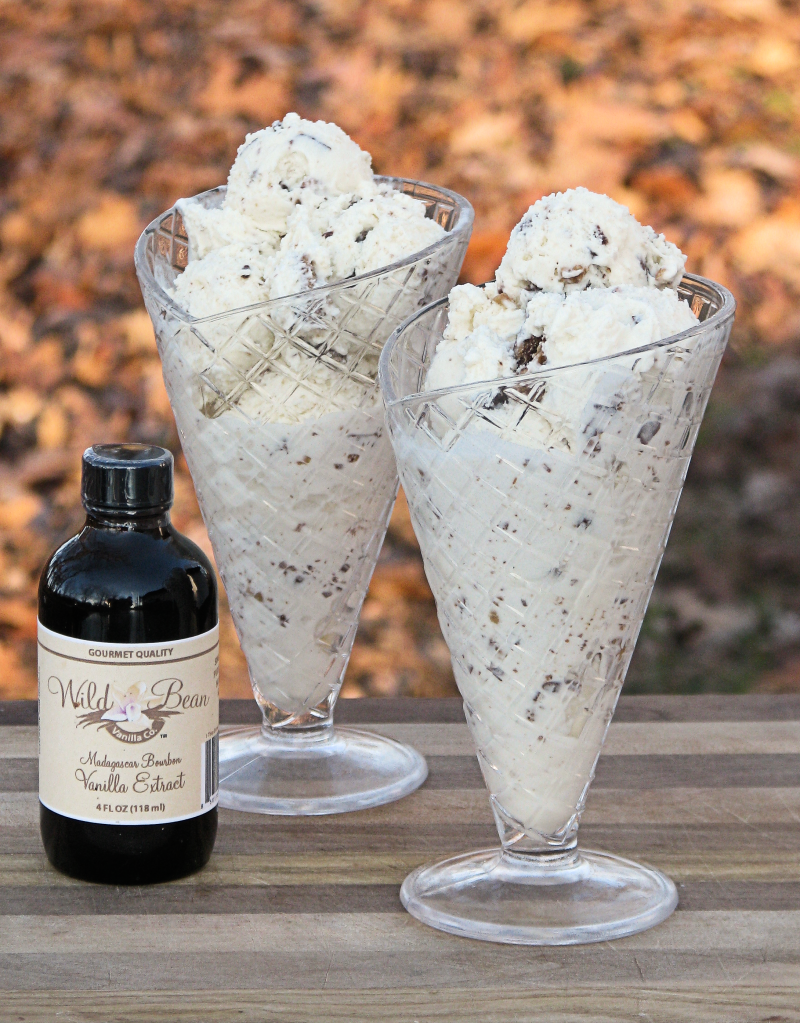 It’s not that I didn’t want to use the real stuff. It always smelled so much better than the stuff I was using but I could not for the life of me pass up the huge bottle of Imitation Vanilla for 99cent, when the same size bottles of real Vanilla were going for $11.99. That sadly was the poor person in me taking over, telling myself that I could use that $11.99 for something better, something I actually needed.

Oh and this isn’t just any ol’ vanilla ice cream. Not only does mine have Madagascar Bourbon Vanilla, it has also be graced with Chopped Reese Cups mixed in. 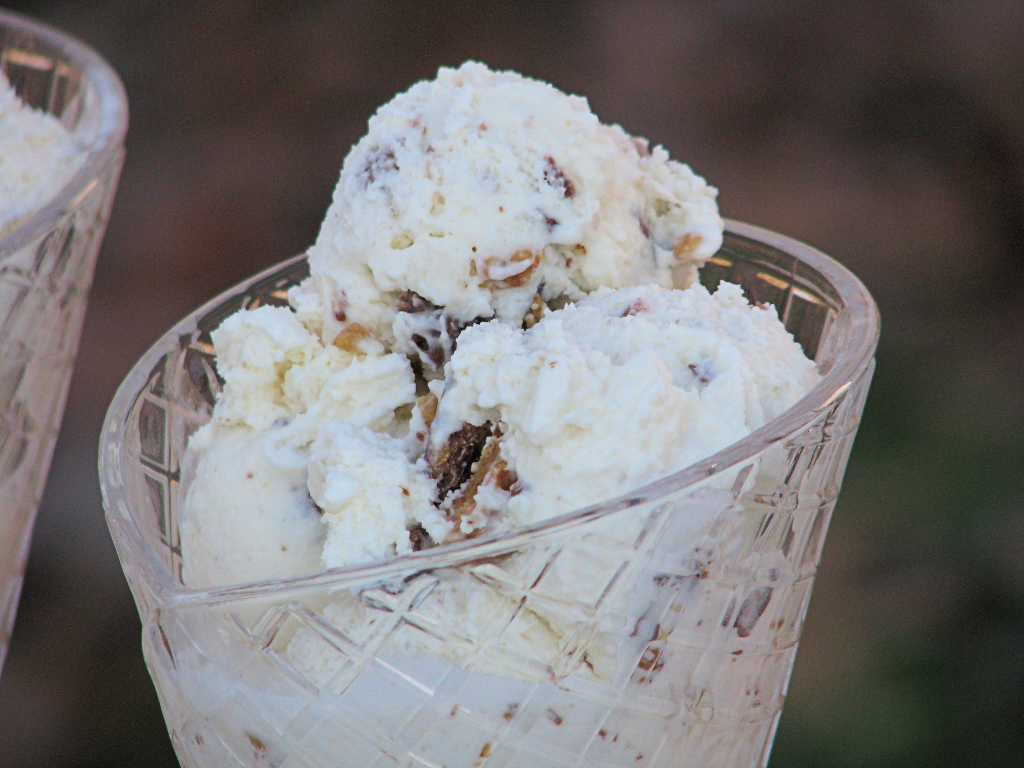 (I’m pretty sure I saw BigBear growling at the dogs when they came near his ice cream last night, or was that me? I can’t remember) 😉

The Vanilla that I used was from Wild Bean Vanilla Co. They sent me a lovely bottle of their Madagascar Bourbon Vanilla Extract to try out. As you can probably tell, I loved it. We loved it. The Vanilla smelled so wonderful and made our homemade ice cream burst with flavor.

When Wild Bean Vanilla Co.contacted me about reviewing their vanilla, I jumped at the offer. As I have actually never bought real Vanilla for the fact that It cost so much more than imitation and I wasn’t sure I would be able to taste enough of a difference to make the switch and pay more for the real stuff.

So I really need to decide on what to make with the vanilla to really test it and see if I could really tell a difference I voted for Vanilla Ice Cream. What more perfect way to test vanilla, than on something that is mainly “Vanilla”.

I am normally not a fan of just plain vanilla ice cream. BigBear loves it, so I knew he could give me a true answer on how good this was in ice cream, and I’d surely be able to pick out the real vanilla in such a clean dessert.

We made the ice cream with a 2qt Ice Cream Machine. Adding the Vanilla and Some chopped Reese Cups.

(I gave hubby a package of Reese Cups for Christmas that came wrapped as two (2) half pound Reese cups, so we chopped up 1 (half pound cup) of the Reese cups and added it to the ice cream.


It was a hit! The vanilla was amazing. Such a crisp but warm vanilla flavor. So perfect that I didn’t even pay attention to the chopped up pieces of chocolate and peanut butter.

I’ll share the recipe below for this wonderful yet simple ice cream, but don’t forget to keep reading below the recipe because I going to  giveaway a bottle of  Wild Bean Vanilla Co  : Madagascar Bourbon Vanilla Extract for you to try for yourself; in your favorite recipes that call for Vanilla.

This Madagascar Bourbon Vanilla Extract will make all the difference. 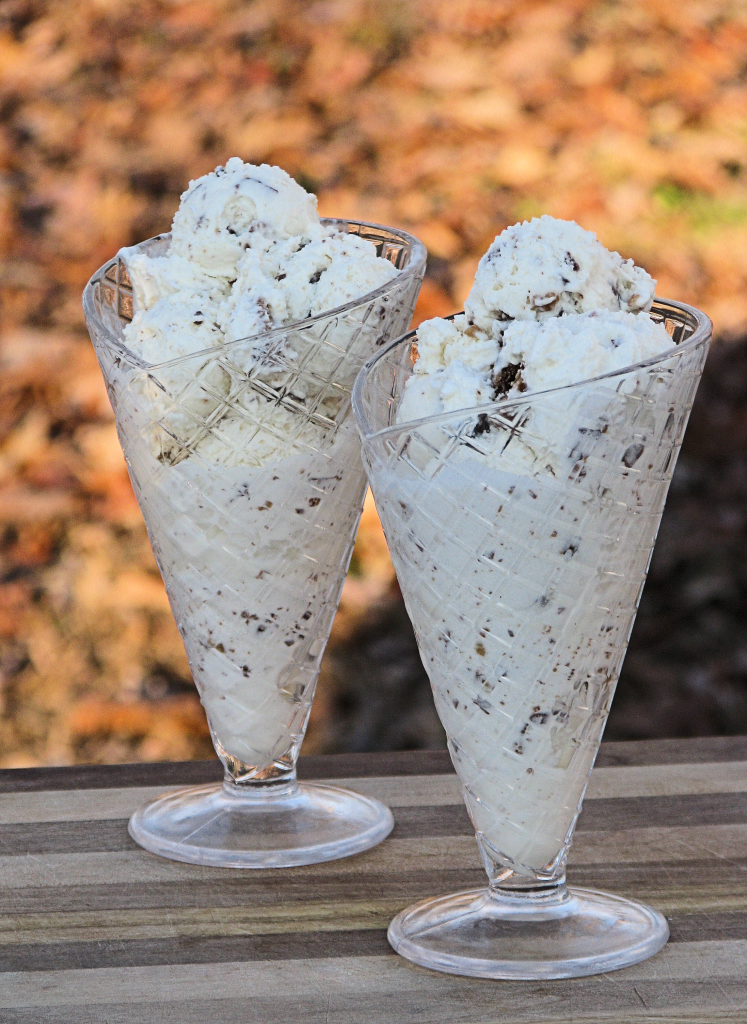 Add this recipe to ZipList!

In the bowl of a stand mixer, mix together the milk and sugar until the sugar is dissolved. ( a hand mixer can also be used for this)

Once the sugar is dissolved, mix in the heavy cream and the vanilla.

Turn the ice cream maker on and let it churn for about 10 minutes. Slowly add in the chopped chocolate and peanut-butter cups.

Let it churn for about another10 -15 minutes.

The ice cream will now have a soft, creamy texture.

Transfer Ice Cream to a airtight container and place into the freezer to harder. (this made take anywhere from 2 hour to overnight, depending on your freezer).

Once the ice cream is frozen to your liking, remove, scoop and enjoy 🙂 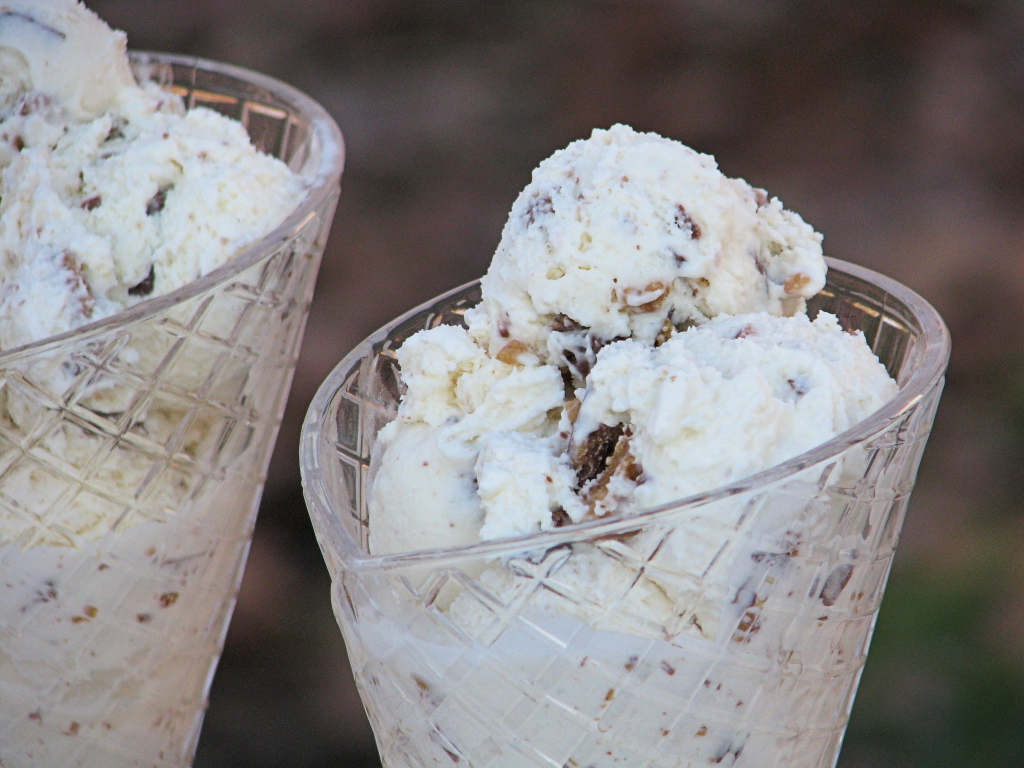 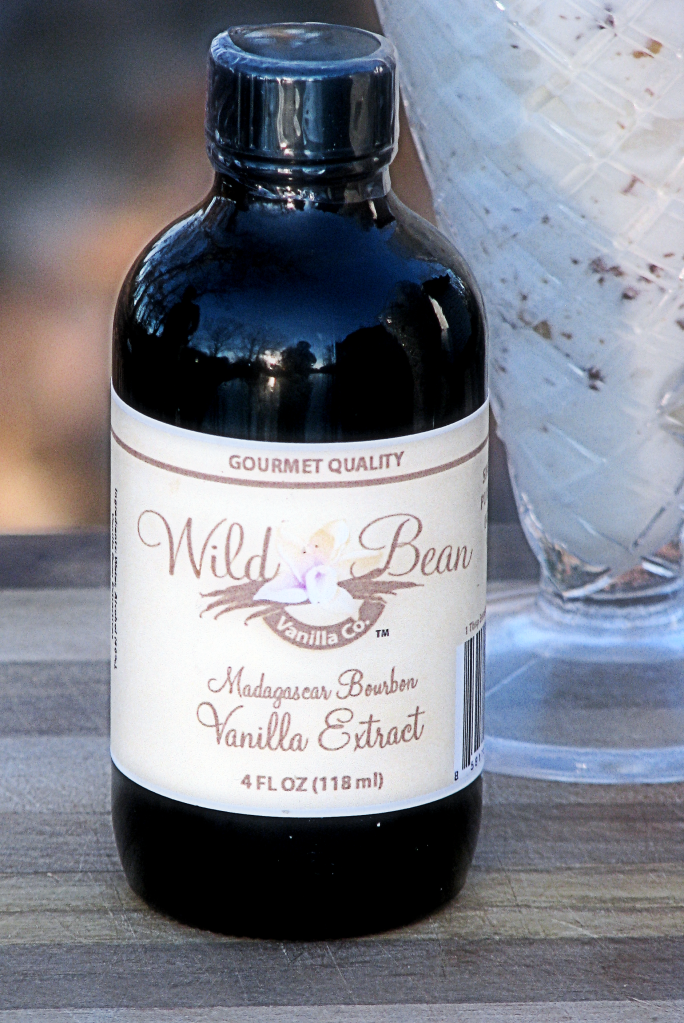