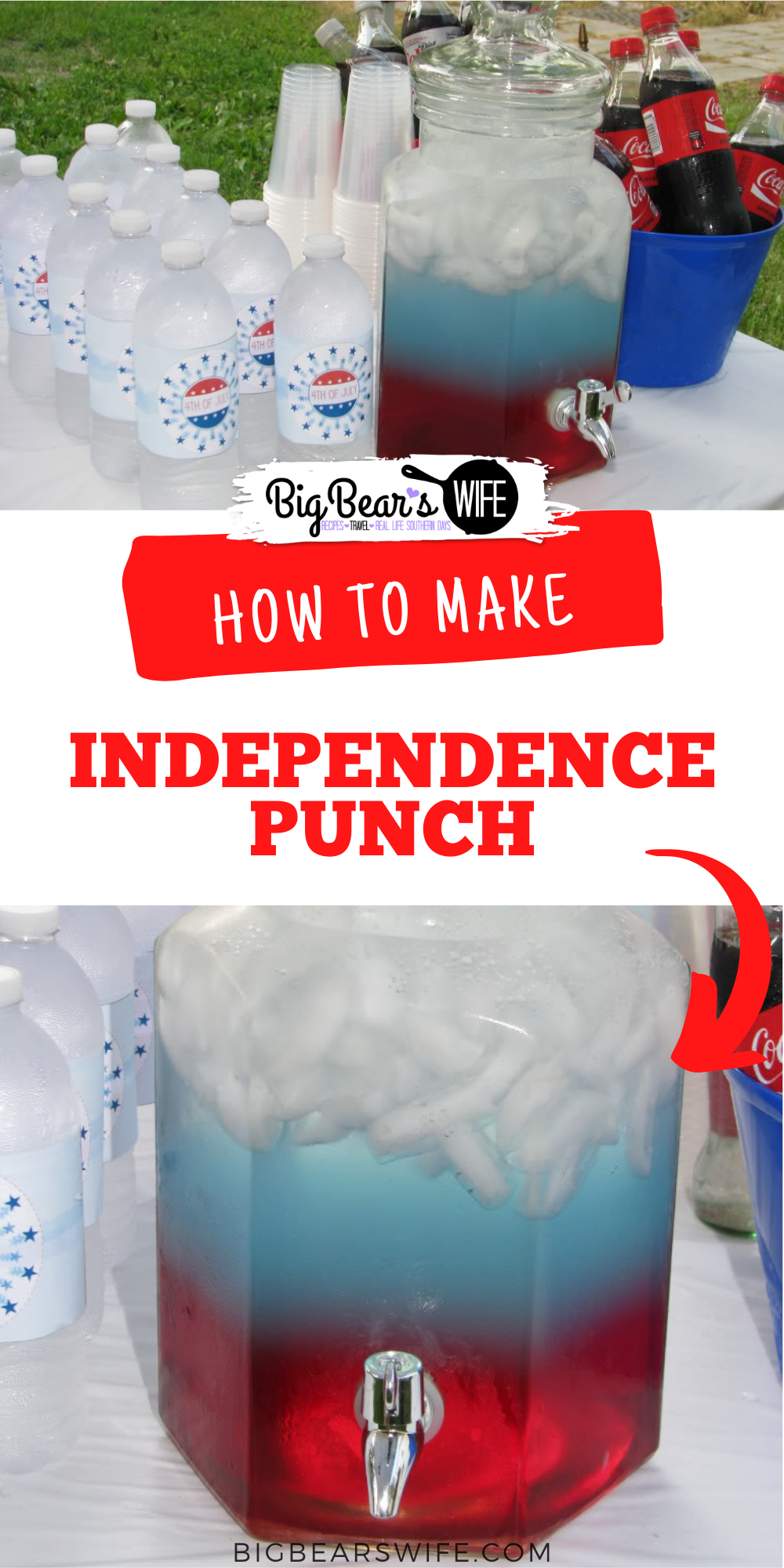 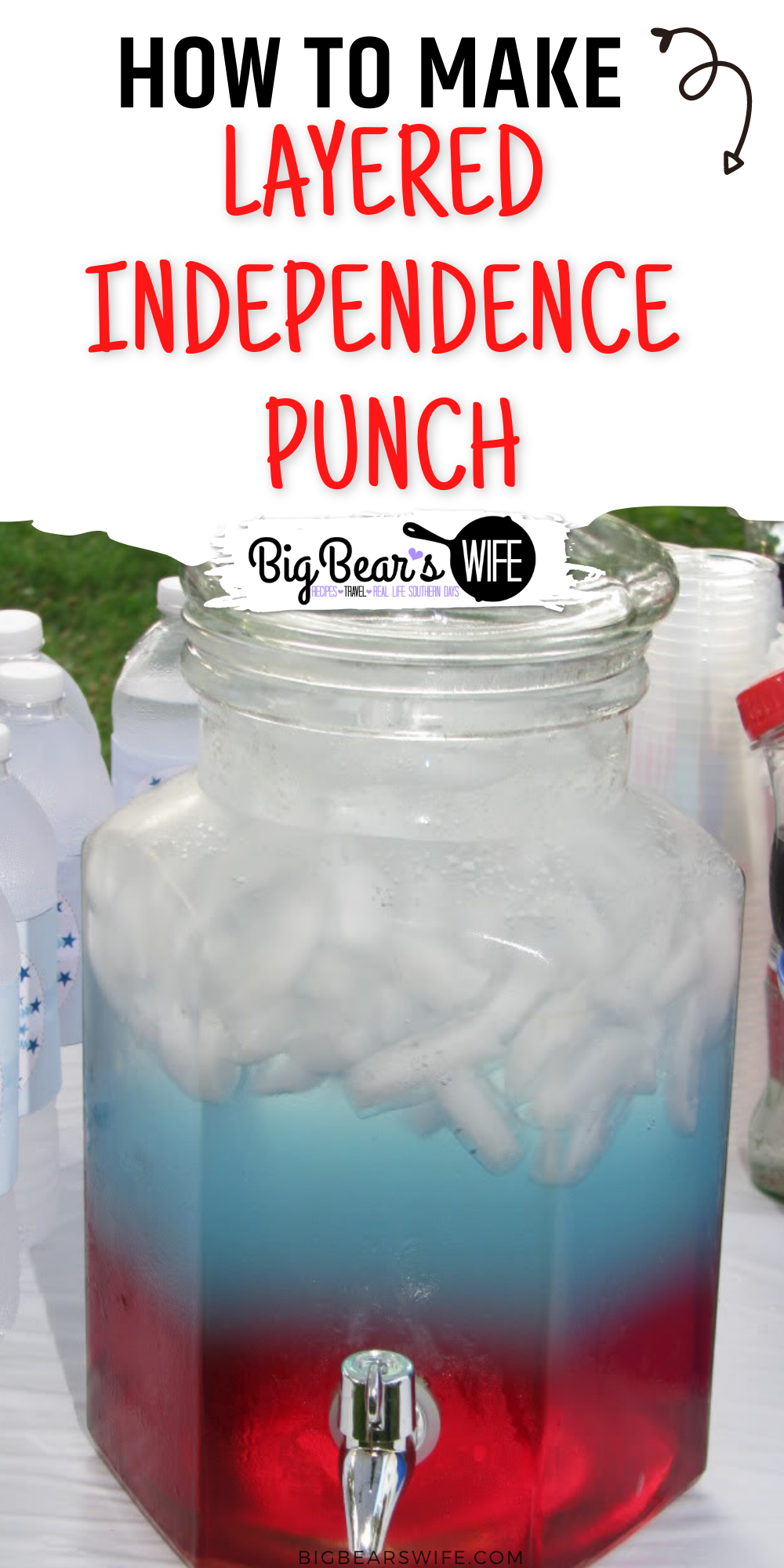 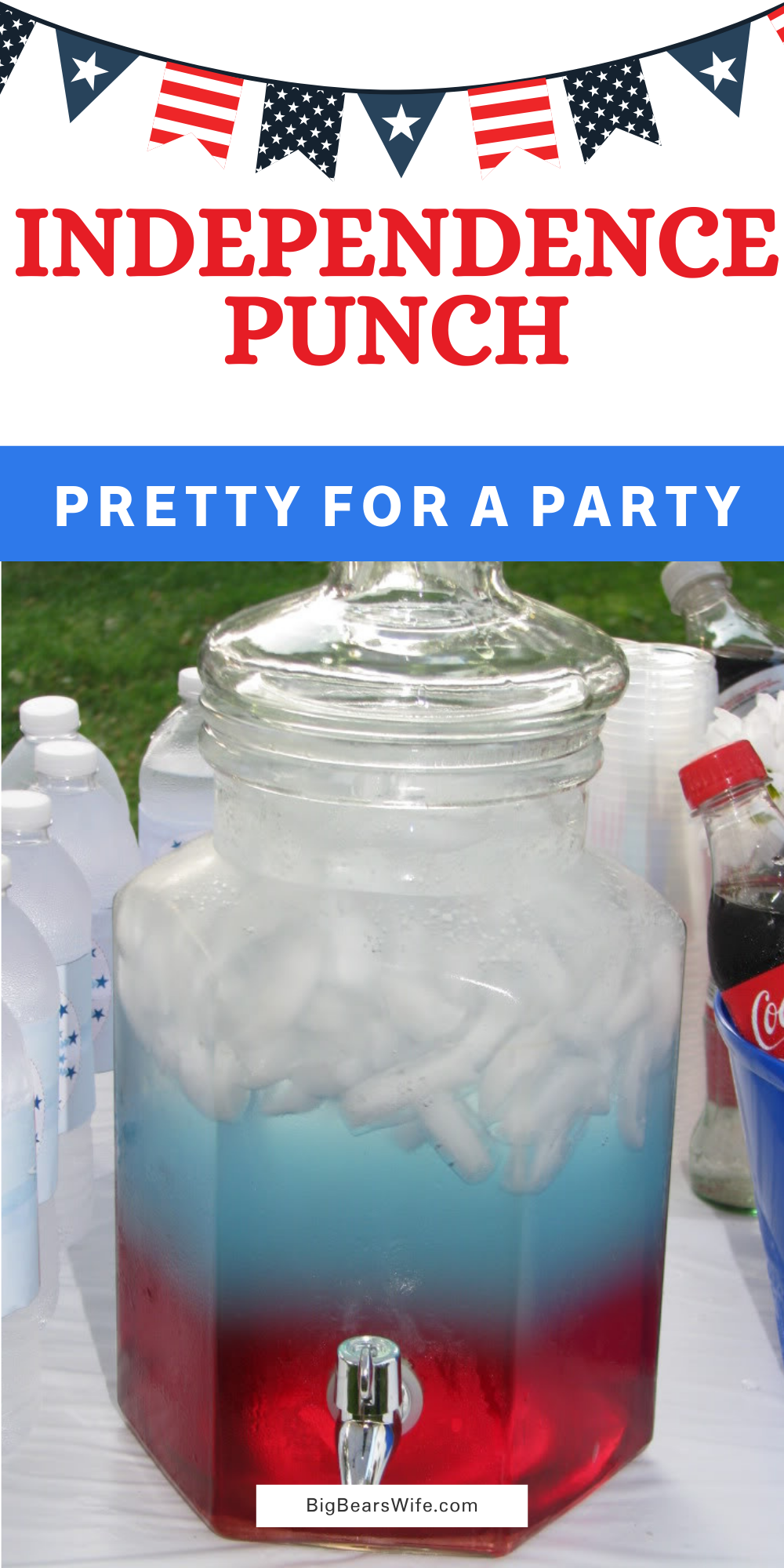 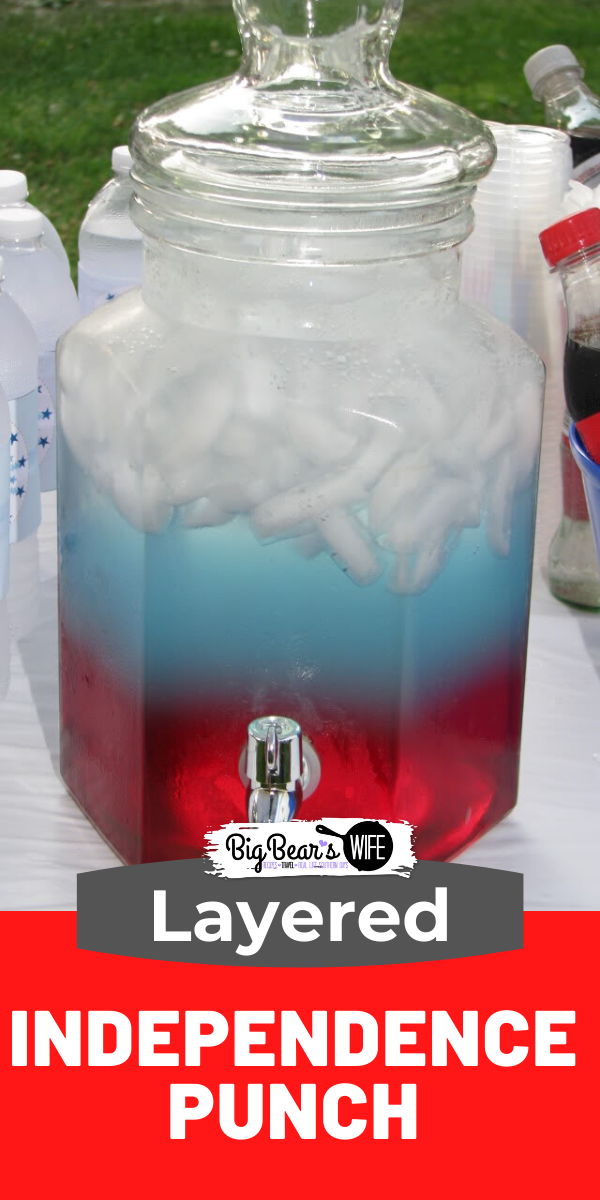 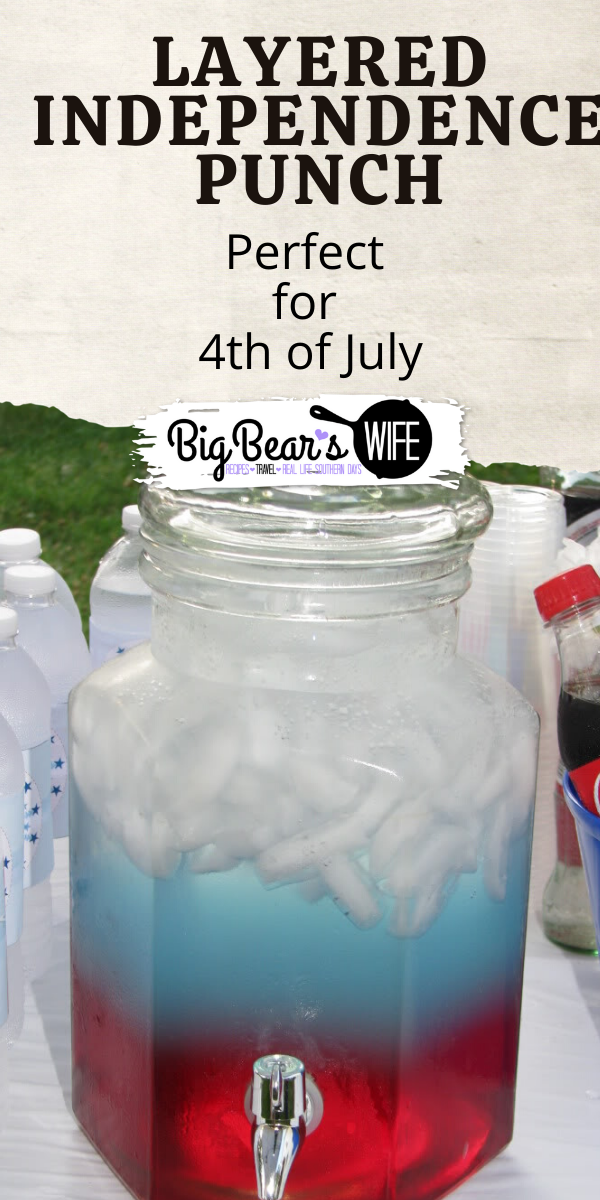 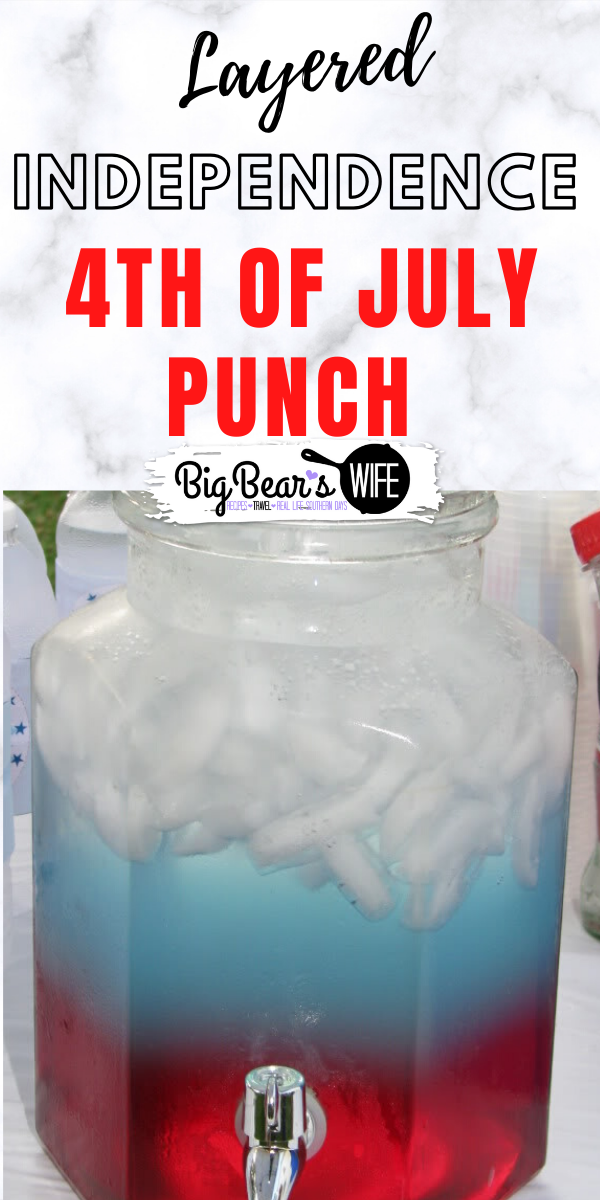 Ready for the most patriotic drink around? This Independence Punch will totally wow guest for 4th of July, Memorial and Veteran’s day! 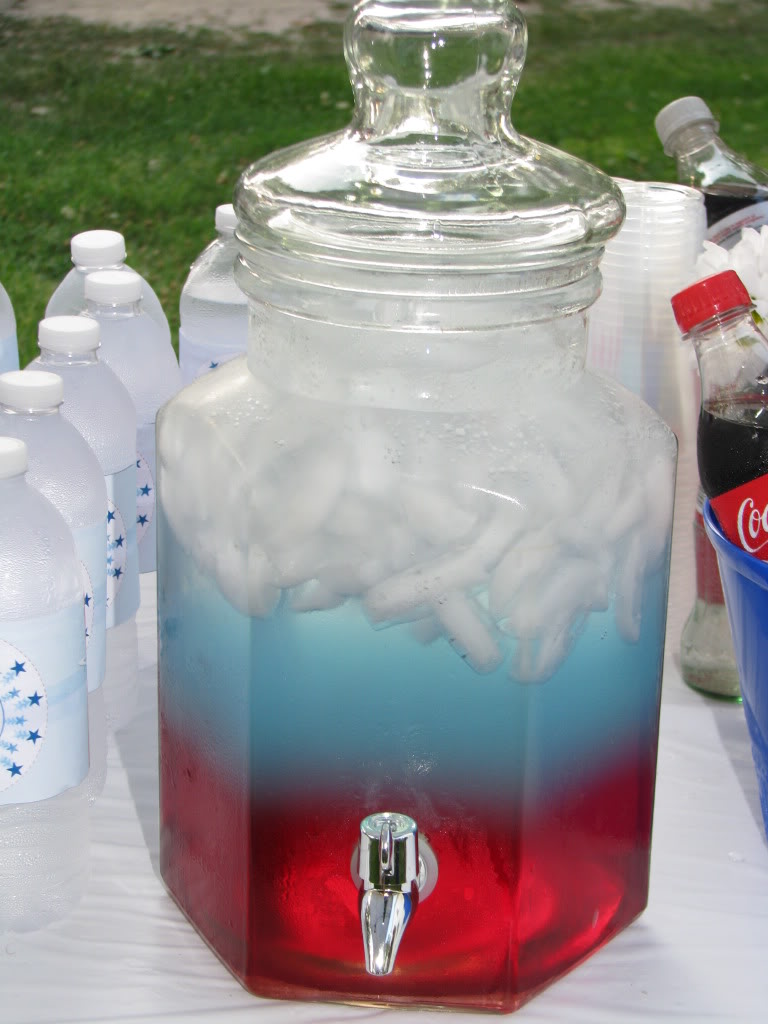 Happy 4th of July!! I know its kinda late in the day over here on the East Coast, as the 4th of July is coming to an end. I will be posting more 4th of July Recipes later to keep a record of for next year, but I really wanted to share this one now. 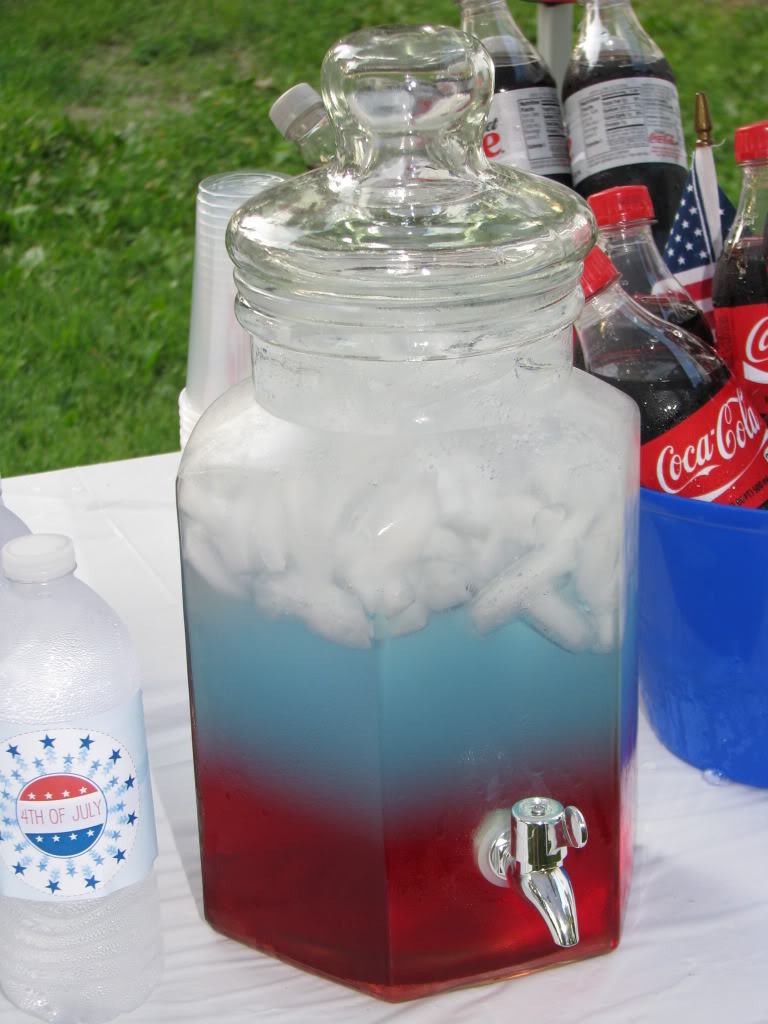 It is pretty much the coolest punch ever haha. 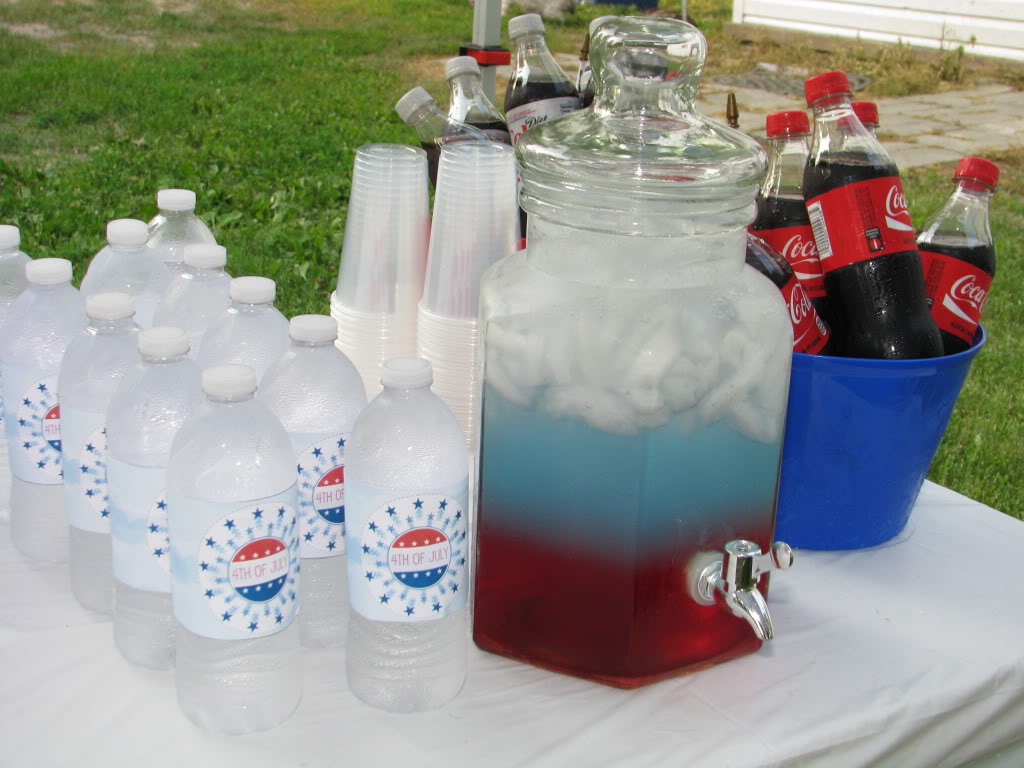 Hope everyone had a happy and safe 4th of July!!

(Either in a Glass or a drink dispenser)

Fill the glass or drink dispenser with Ice.

Pour in the Cranberry Juice

Next, pour in the Diet 7up, also pour onto an ice cube to prevent them from mixing.

I suppose you could do this with any color drink combo.

You need to use drinks with varying amounts of sugar, since those that contain more sugar (such as soda) are denser than those with less (such as diet drinks), this makes it possible to actually stack one on top of another.