Are you a fan of cereal and cereal milk? Cereal Milk is the amazing, flavorful milk that’s leftover after a tasty bowl of your favorite cereal, you love that don’t you? This No Churn Cinnamon Toast Crunch Ice Cream is the dessert version of cereal and milk!

General Mills has sent me cereal for free before but I bought this cereal and made this ice cream on my own. 😉 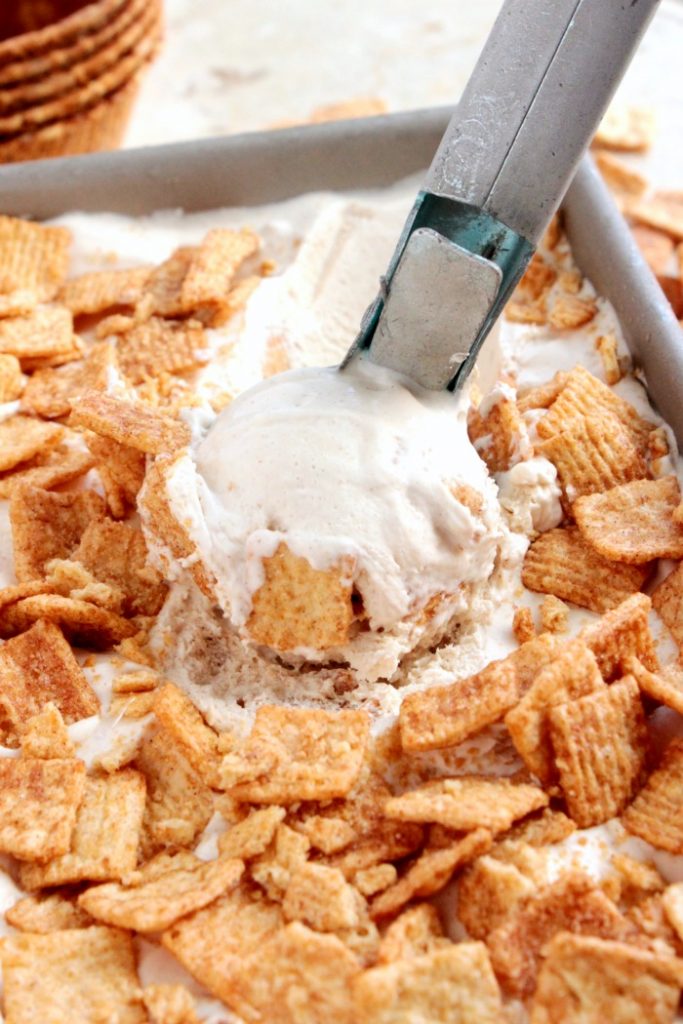 I love cereal and milk. It’s probably one of my number one breakfast foods, haha. I grew up eating cereal of breakfast almost every morning and the love of cereal had followed me right into adulthood. 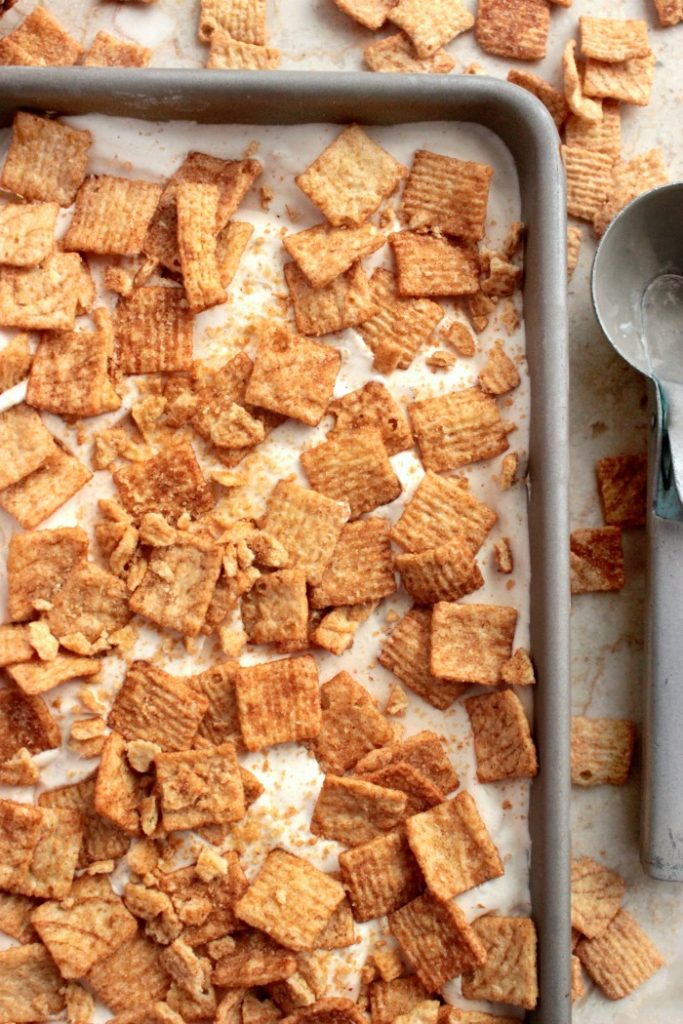 I feel like we normally have about 4-5 boxes of different cereal in the house at any given time. However, you know what I really love about cereal and milk for breakfast? THE MILK, the cereal milk!

I love cereal milk. You know, the milk that has been soaking up all of the fantastic cereal flavor while you’re having breakfast, that’s what I love. I just want to bottle it up sometimes! 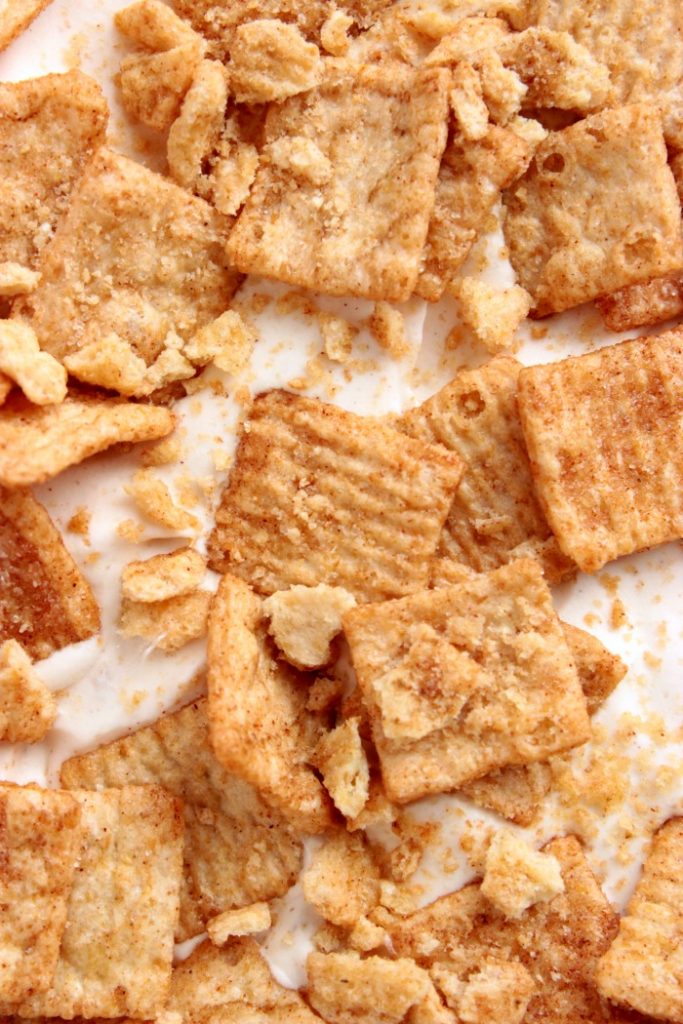 I’m going to start adding to that list but introducing this No Churn Cinnamon Toast Ice Cream to the list! 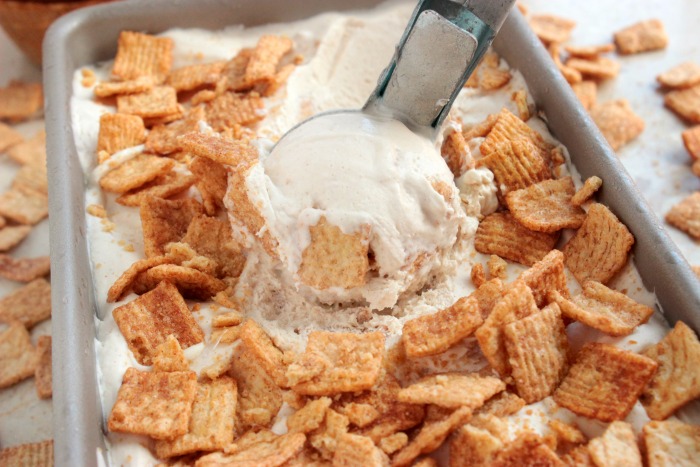 I soaked some Cinnamon Toast cereal in the heavy cream before adding a but of vanilla and cinnamon sugar to the batch! Then once I mixed it all up, I stirred in another cup or so of Cinnamon Toast Crunch cereal! 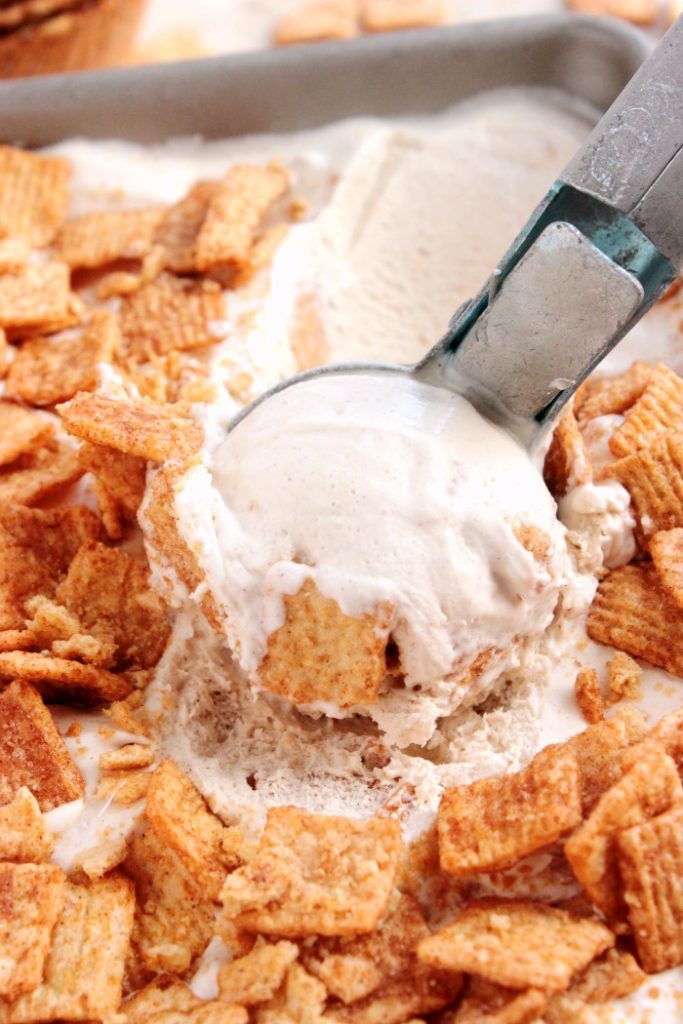 After a few hours in the freezer, this No Churn Cinnamon Toast Ice Cream was ready to be spooned into waffle cone bowls and devoured! 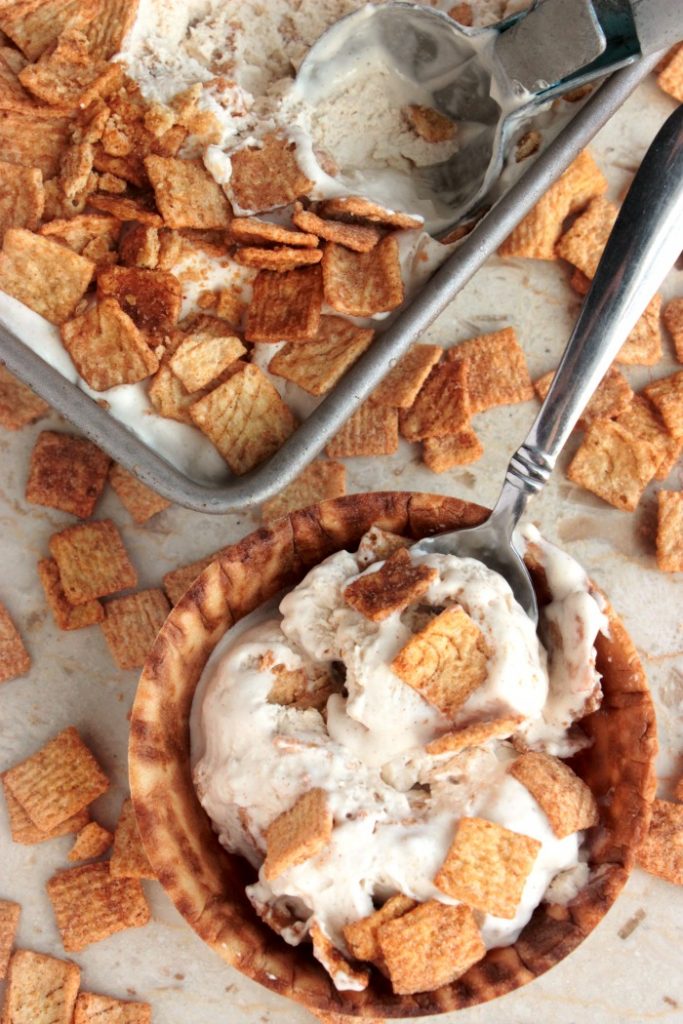 Check out all of the No Churn Ice Cream Recipes on this website!! 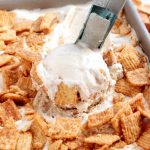 Are you a fan of cereal and cereal milk? Cereal Milk is the amazing, flavorful milk that's leftover after a tasty bowl of your favorite cereal, you love that don't you? This No Churn Cinnamon Toast Ice Cream is the dessert version of cereal and milk!