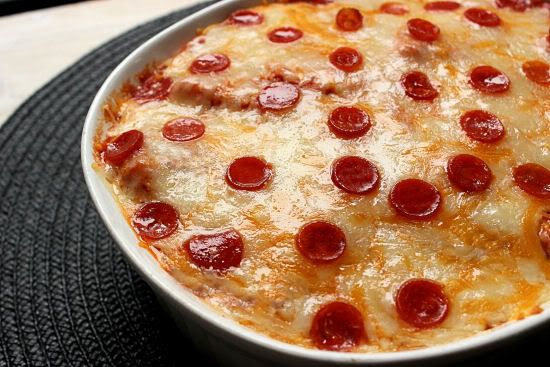 So I”m going to have to be honest. For this recipe, I’m going to be one of those people that says “I found this on Pinterest” and then not tell you where. Not because I don’t want to tell you, it’s because I don’t know where it’s originally from. I was looking around on Pinterest one day and saw a icon of something in a tin casserole pan, that was labeled pizza fries, and thought to myself “Oh that looks like something hubby would love” and then kept scrolling, I didn’t even click on it.  I’m sorry. 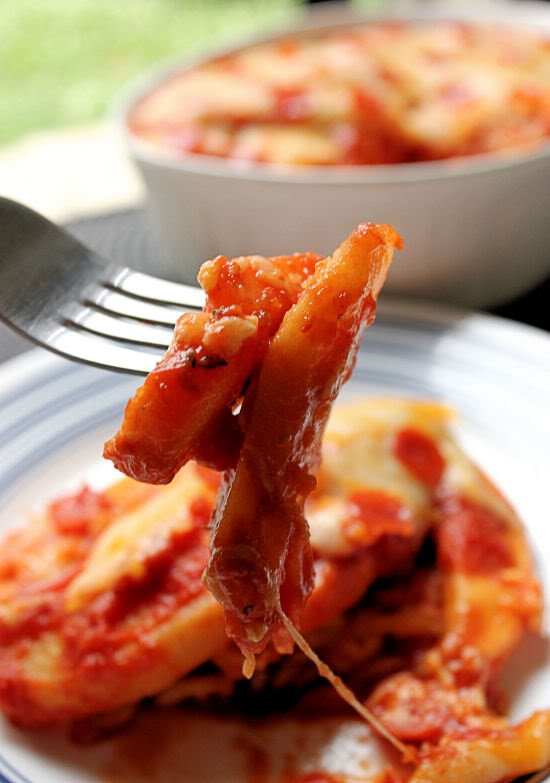 The other day when I was at the store picking up some things for dinner, I remembered the pizza fry idea and thought, well we’ve had cheese fries with hamburgers before… why not try pizza fries?! 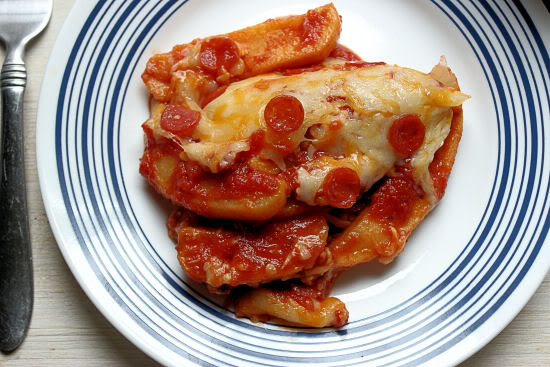 So knowing that BigBear LOVES pizza, I was positive that they would be a hit, and they were. So this is my take on Pizza Fries. I thought they would end up being soggy because of all of the sauce, but was so glad that they weren’t a soggy mess when I served them.
(Printable Recipe Here)

If using frozen fries, cook them according to package directions.
Pre-heat the oven to 350F.
Add a single layer of french fries to a deep casserole dish. Cover with a layer of sauce.
Add 1 cup of cheese. Top with some of the pepperonis.
Add another layer of fries. Top with a layer of sauce.
Cover with the second cup of cheese. Top with pepperonis.
Bake for 20 minutes or until hot and bubbly, and the cheese has melted.
Details
Yield: 8-9 servings 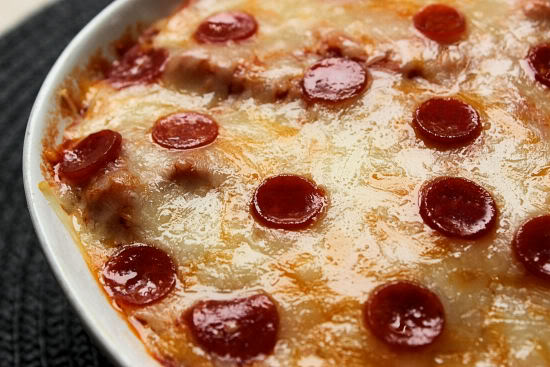