So it may have taken 10 years but…even miracles take a little time….coming Fall 2017 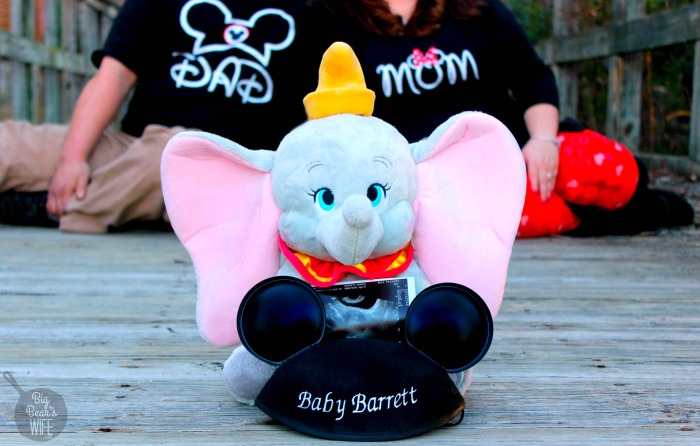 So I don’t know why it’s taken me so long to write this post. I always thought that when it finally happened that I would be chomping at the bit to get a post written to share the good news with y’all. Yet, I find myself, almost 2 months since we found out and almost a month after announcing it to friends and family, just now sitting down to write about it.

Or maybe it’s just because growing a tiny human is exhausting and I have no energy…..that’s probably the best reason I can give haha.

But Y’all………..After 10 years of marriage, 10 years of being ready to start our little family, 10 YEARS of wondering what was wrong with us, we can finally say that we’re going to be parents!!!!!

You’ve read about my struggles with PCOS and you’ve seen my posts about wanting to be a mom.

I’m so excited to share this story with y’all now! 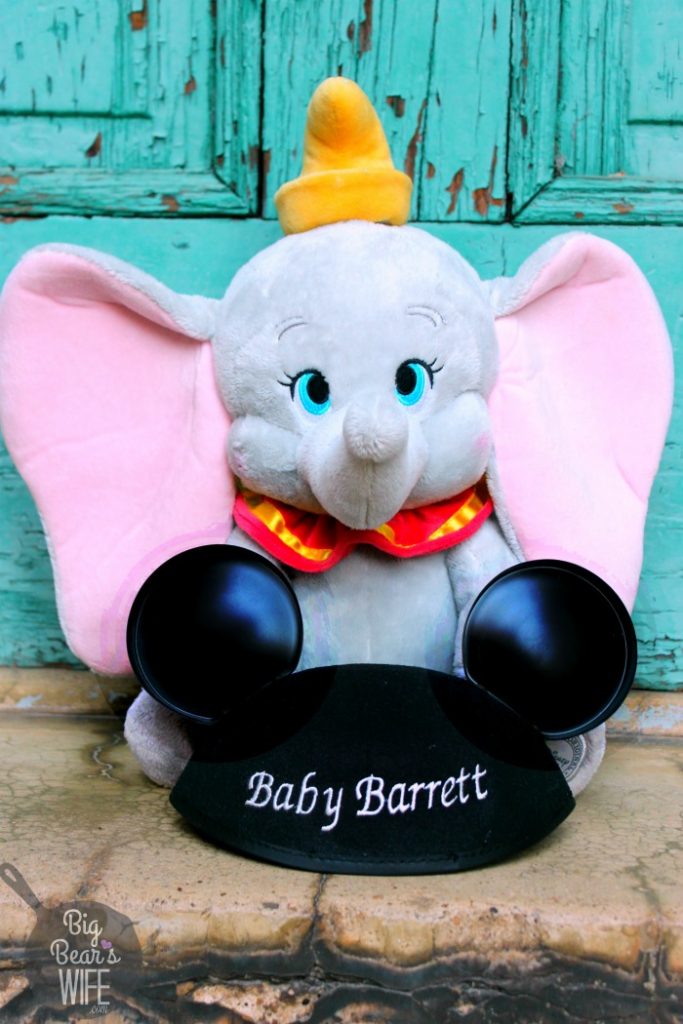 Our baby has it’s own Guardian Angel that put in a word with GOD.

Do you remember last year when I was down in Wilmington for a while? If not, you can read about that time here, I titled it, “Our Last Week with Toni”.

For those of you that don’t remember, or for new readers, I was down in Wilmington in October/November of spending time with my best friend and her sister Toni, along with her family for the last few weeks of Toni’s life.

Toni, my best friend’s sister, was an amazing woman and I loved her so much. I had been visiting Wilmington with Nikki to see Toni and her family for years, but this last visit with her was emotional and wonderful and sad all at the same time.

I won’t go into details, (as you can read the details of that week here), but in short, Toni was getting ready to end her battle with Ovarian Cancer and we were there to spend the last moments with her.

One day, while Toni and I were having a little one on one conversion about life and such, she told me that when she got to heaven that she was going to talk to GOD about giving Thomas and I a baby. Toni was ready to meet Jesus and GOD and talked about it often. She had a plan when she got there to hug her momma, talk with GOD and on the list was “Get a baby ready for Angie and Thomas”.

Toni told me that she thought I was ready. She said, “I know you would have been a great mom no matter when it happened but just think, you got all those years with just Thomas, to grow your marriage. You got to travel and explore and build a great life, a great life that’s not ready for a baby. You aren’t struggling anymore, I think it’s time.”

I hugged her neck and we talked for a bit more before I left her bedside to start working on dinner for the family for the evening, still pushing through but always keeping that thought in the back of my mind that Toni was going to have a chat with GOD about this whole baby situation. haha 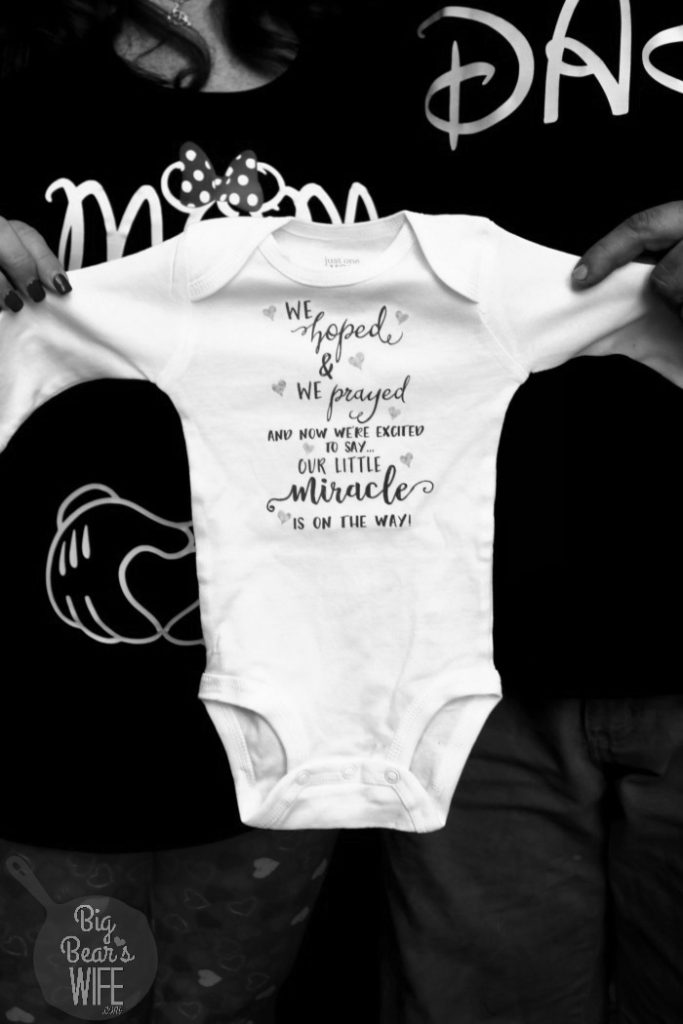 So at the beginning of this year, I told myself that I was going to stop waiting. I knew Thomas and I didn’t want to go down the fertility injection route and at this point my heart and body were just done for the time being.

Thomas and I talked a bit and I decided that in 2017 I was going to travel, alone..a lot. I had always held back a lot because of the “what if”. “What if I plan 10 trips this year and then get pregnant, what if I spend this large chunk of money on something I want and then we find out we are going to have a baby. What if we move somewhere away from family and then have to raise a baby without family……….What if…….

I decided to throw the “What if” stuff out the window. After a long talk or two with Thomas, we decided that I would see the world more and he would join me when work allowed. I planned out my trips for the year, New Orleans, Nashville, Carolina Beach (of course haha), Anna Marie Island, Sanibel Island, the Gulf of Mexico…probably Sandestin, Los Angeles, Portland, Seattle, New York. I was going to travel all year long.

But I needed to work more on my weight issue too, so I put that plan into motion too.

How Did We Find Out? A visit for weight-loss…..

I went to the doctor.

Nope….just a doctor, for weight-loss.

Well I was also going because I wanted to switch doctors and wanted to start seeing someone new, but the main appointment was for me was weight-loss.

My best friend had told me about a medicine that her doctor had put her on what was speeding up her metabolism, yeah I’d have to give myself a shot in the stomach every day and I hate needles  but I was willing to try.

I set up the appointment for February 2nd, the day before our 10th wedding anniversary.

I had also been having a lot of stomach cramps at night so I had added that to my list of things to talk about but, being pregnant didn’t even cross my mind. Why would it? I had seen more negative pregnancy tests in my life time than anyone should and I always, ALWAYS got a negative on the ones the doctors gave me so I wasn’t even thinking about it at all.

I was focused on weight loss….and the fact that my new doctor was close to Chick-fil-a and I really wanted a Chicken Sandwich and fruit after my appointment. haha.

The universe was so shocked by the positive test that the power went out….

So since I was setting up everything as a new patient, they did the normal urine and blood work since this was my first visit there.

They did an ekg and all that jazz just for records, which came out perfect.

Then as I was sitting in the room waiting for the doctor, the power went out.

A little panic, because I hate dark rooms but I take a few deep breaths and turn my phone on so I can see.

Well, then I hear a bunch of people outside my door and I’m wondering what’s going on out there, however I decide to stay put and just wait.

Two seconds later the door swings open and scared my half to death.

My best friend, Nikki, (who works there) is standing in front of a group of ladies that work in the office.

And I just blank stare looked at her.

Then they all yell, “CONGRATULATIONS”. Still wondering what is going on, I kind of tilt my head to the side and say, “For what?”

Then she (in best friend fashion) yelled at me and told me to stop because she was gonna cry. haha 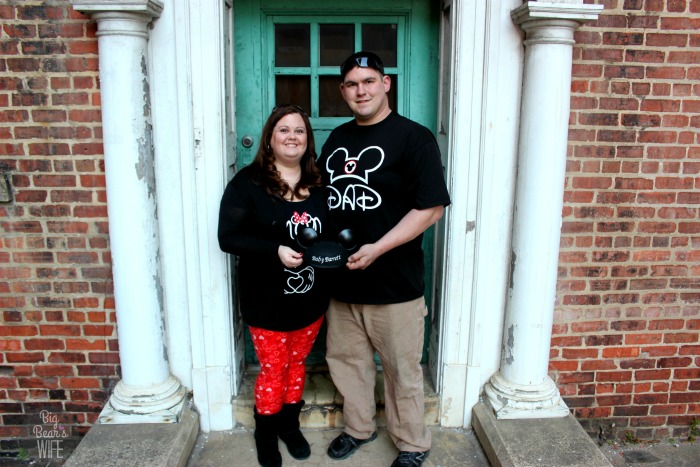 I cried, everyone cheered….the rest of the paients in the building were probbaly confused as heck. haha

Then the doctor called and set up an ultrasound for a hour later.

Since my woman parts are all screwy, we had no idea how far along I was.

I drank like 5 bottles of water (only to find out at my appointment that I had drank too much water), the doctor let Nikki leave work to go with me to my ultrasound appointment and off we went.

I was freaking out a little. I mean really.

Not only was I finally pregnant but because my regular cycles are so haywire, my doctor said I could be anywhere from 1 month to 5 months! WHAT?? I’m suppose to get 9 months to prepare! haha (turns out I was only 3-5 weeks at this appt)

I texted work and told them I was sick and had to go home (I work for my parents and I knew I had to tell Thomas before I told them haha so I couldn’t go into work!)

A few Hours later and I was walking to my car with a little black and white photo of a “dot” haha.

Then I started trying to figure out how to tell Thomas!

One time a few years ago I had gone to the doctor with hopes of a positive test after months of tracking cycles and counting days and when I went to see Thomas at work after the appointment he had been sad and told me that he had been hoping all morining that I would show up to his work with a “World’s Greatest Dad” Mug.

How I told Thomas.

I told Thomas that night. I has wanted to wait until the next day which was our 10th Wedding Anniversary, but I couldn’t. I couldn’t wait.

I also had no idea on how I was going to tell him. After so many years, I just KNEW that when the time came that my crafty self would have some amazing crafty way to tell him.

I didn’t. I was still in shock and I didn’t know how to tell him.

So I decided to give him an Anniversary gift a day early.

I bought that “Worlds Greatest Dad” Mug that he had wanted years ago, a little stuffed animal (um…because it was cute haha) and a little book with two bears on the front that was called, “I prayed for you”.

So there’s the new. We’re going to be parents.

I am so excited, Thomas is so excited. We’re over the moon happy.

Now if I could just get this morning sickness…I mean 24/7 baby sickness to go away that would be great haha.

So sorry that I’ve been quit lately, sorry I haven’t posted a ton of new recipes but food is kinda iffy with me right now haha. Hopefully I’ll be back to feeling semi normal soon! 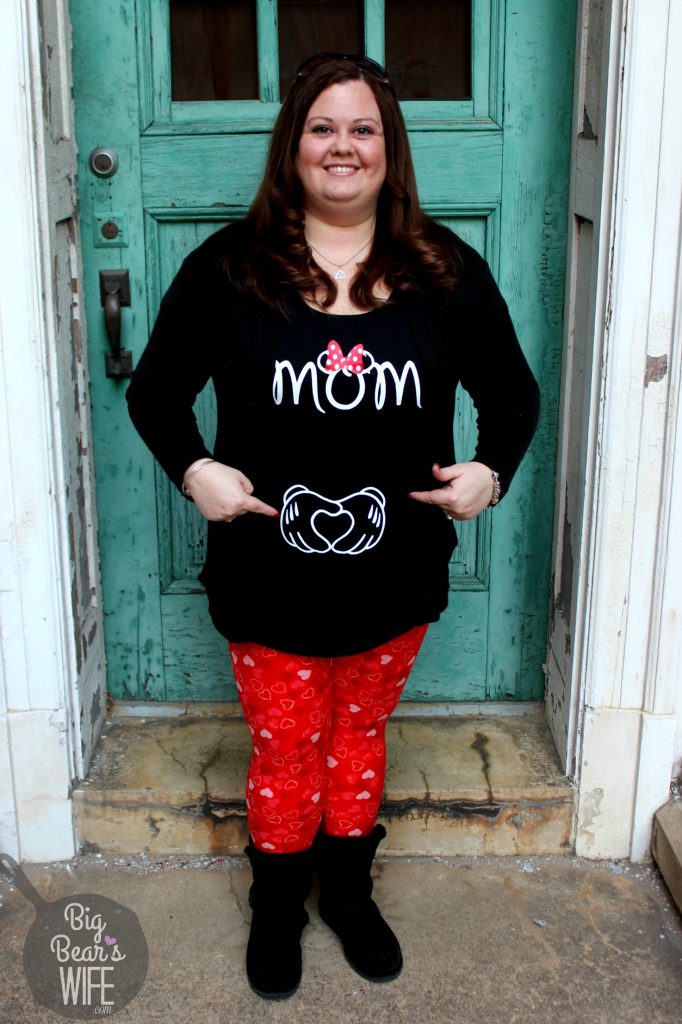